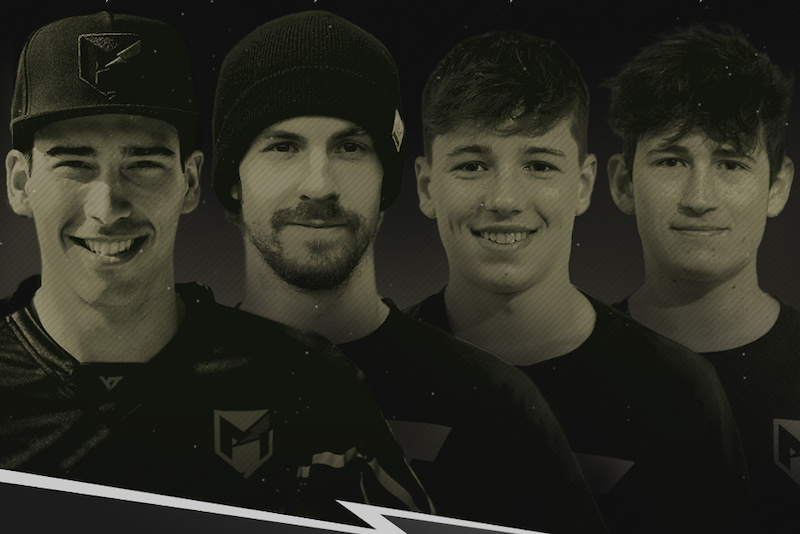 It's been a fairly mundane rumours season so far this year but at last we have the first full team announcement. The YT Mob has announced it has signed last year's break out rider David Trummer plus two juniors from its Mob World Tour talent search.

Trummer, who raced for YT's Racing Dudes team last year, earned three World Cup top-ten finishes this year and finished the season 9th in the overall standings. As he raced on the Tues last year, it should be an easy transition for him to step up onto the factory team. He will also be a protected rider all season long, which guarantees him a spot on the live feed at every race. 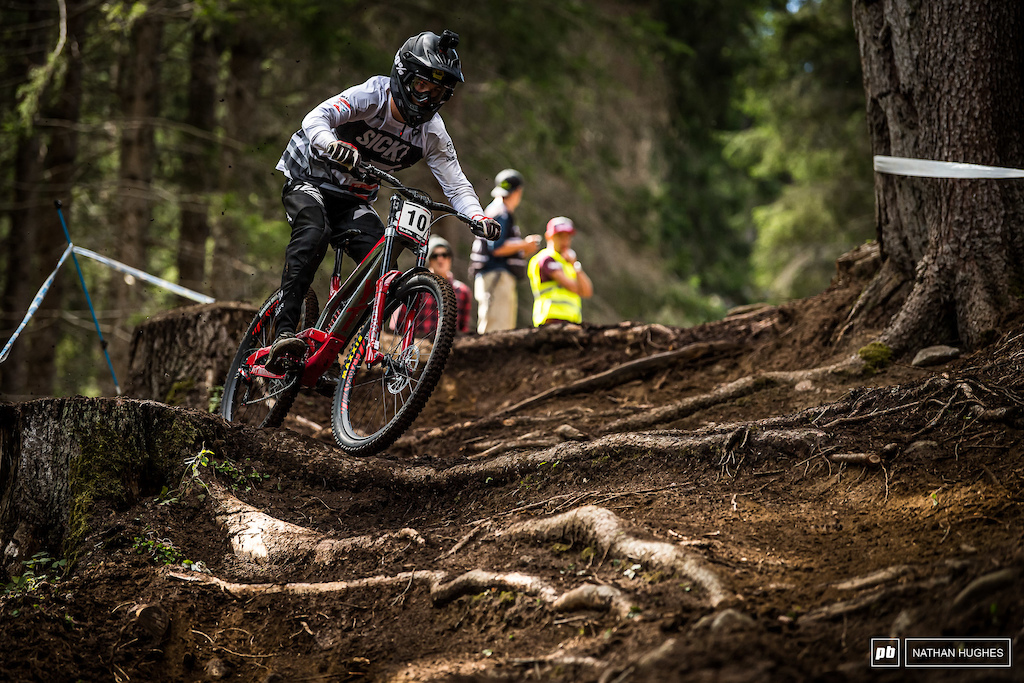 Trummer in action at Val di Sole for Team Racing Dudes last year.
Joining him will be Angel Suarez who is fit again after missing most of the 2019 season after he dislocated his shoulder in practice at round 1 of the World Cup series in Maribor. Suarez was beginning to pick up momentum at the end of 2018 with his first-ever top ten finish and a run that looked like it could have been a medal contender at the World Championships in Lenzerheide. It will be interesting to see if he can pick up where he left off in Lousa in March.

The final two members of the team are Óisin O’Callaghan and Guy Johnston who were selected via the YT Mob's World Tour selection process. Óisin, 16, is from Ireland and has racked up a number of big wins and podiums at prestigious events such as at Crankworx and during the iXS Rookies Cup and British Downhill Series. Guy, who is also 16, hails from New Zealand's North Island and has been dominating the NZDH series U17 competition so far this year. Both riders will be coming onto the team as first-year juniors so they should have a couple of years to find their feet and prepare themselves for Elite World Cup racing. They will both also both benefit from the mentorship of Mob Team Manager Martin Whitely, one of the most prolific talent spotters in World Cup racing. 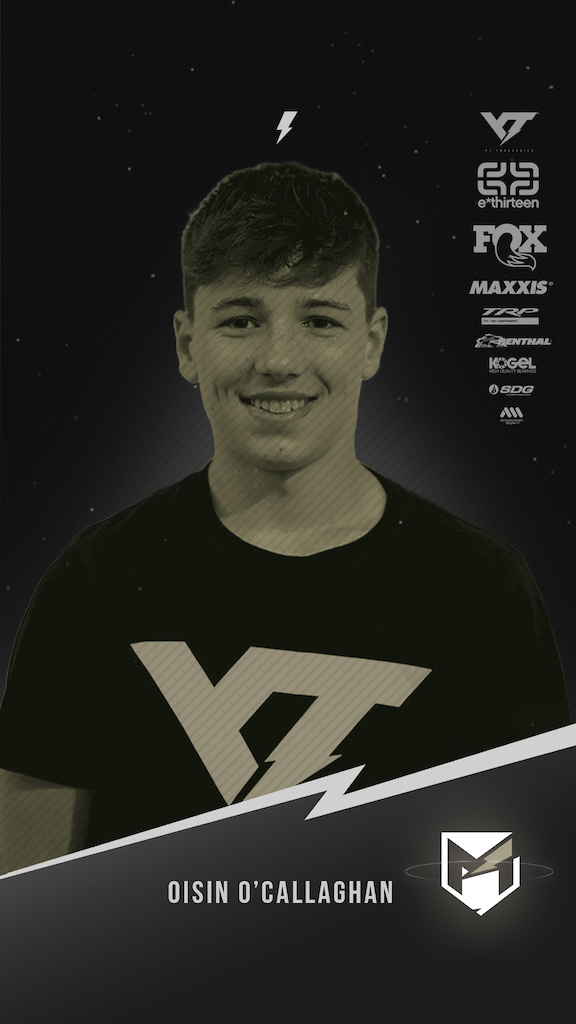 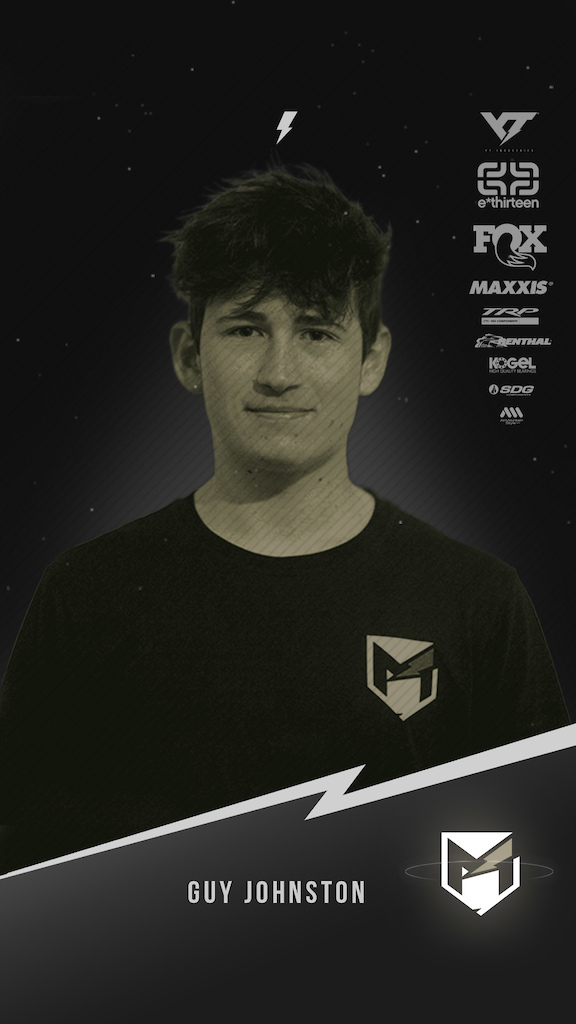 The full team release is below:

After searching the world for diamonds in the rough in 2019, the YT Mob announces their team for the 2020 season. Óisin O’Callaghan (IRL) and Guy Johnston (NZL) will be joining the Mob as first-year Juniors whereas Angel Suarez (ESP) and David Trummer (AUT) will be chasing points for the World Cup Elite overall.

The 2019 World Tour resembled a new beginning for the YT Mob as they embarked on a mission and travelled the world in search of Young Talent to join the team for the 2020 season. Over 550 applications, six Young Talent Camps and one Finals Camp at the Mob HQ later, the two Juniors have been announced: Óisin O’Callaghan and Guy Johnston have been selected to join the crew for the next two World Cup seasons and continue their development with Team Owner Martin Whiteley guiding the way. The team will also be growing on an Elite level as well. David Trummer, who had a breakout World Cup season in 2019, will be joining Angel Suarez in the pits and on the tracks of the world.

Óisin O’Callaghan, IRL
Óisin O’Callaghan aka ‘Double O’ is the youngest member of the YT Mob. The 16-year-old from Limerick, Ireland, is a thoroughbred racer, born to send it hard on the downhill rig. After his Dad got him into riding at a very young age there was no turning back and has since racked up a number of big wins and podiums at prestigious events such as at Crankworx and during the iXS Rookies Cup and British Downhill Series. Looking up to the likes of Loic Bruni, Steve Peat, Aaron Gwin and Stevie Smith Óisin (in case you are wondering pronounced like ‘ocean’) is looking to leave a mark and take the next step in his development in 2020.


Guy Johnston, NZL
Guy Johnston is only a few months older than his Junior teammate. The 16-year-old hails from Thames, New Zealand, which is 70 miles / 114 kilometers south east of Auckland. Guy was brought to racing by his parents and has a BMX background. Since then the adrenaline rush of racing and hitting a jump or section of any track well has been a cornerstone of his life. The New Zealander looks up to Greg Minnaar and fellow-countryman Brook MacDonald and will be looking to take the first steps in pursuit their greatness in the coming season.


David Trummer, AUT
David ‘Daveboy’ Trummer started racing 4X with friends before switching to downhill. Years of dedication and hard work and racing all over Europe have paid off and have resulted in him getting the call and joining the YT Mob. The Austrian National Champion from Gnas, Austria, had a true breakout season in 2019 and had experts watching in disbelief after he secured three Top 10 finishes and completed the World Cup season as ninth overall. The 25-year-old will be looking to build on this success in 2020 and attack in hope of getting that first podium of his career.


Angel Suarez, ESP
The Spaniard from Vigo goes by the nickname ‘Pata Negra’ and has been with YT Mob since 2016. Angel Suarez is looking forward to a bounce-back season in 2020. After turning heads in 2018 and securing three Top 15 results his positive development was interrupted by injury in 2019. After traveling the world with the Mob this past year and mentoring young riders during the Young Talent Camps the 24-year-old is feeling strong again after having recovered successfully and having found his new teammates.

chriskneeland (Dec 12, 2019 at 7:08)
Props to Trummer. It's good to see new talent getting rewarded. I'm looking forward to watching him in the live feeds next year.

tgent (Dec 12, 2019 at 8:14)
Well deserved! Couldn't believe he was unsponsored and finished 9th overall, great season and stoked to see him get support!

snl1200 (Dec 12, 2019 at 12:11)
Crazy how Trummer isn't featured as the marquee rider on the press announcement. As a top 10 rider I would think his image would be front and center. Rad to see him get some of the recognition he earned last year. Hope the whole team does well and Suarez can build on his successes but I'm really hoping to see Trummer break into those top spots as he proved last year he is capable.

maxnomas (Dec 12, 2019 at 8:02)
David should be in front of the team in that photo. Hope Angel has a good season too. Congrats David, you deserve this

ArchieDH (Dec 12, 2019 at 7:45)
Super proud of Oisin, seeing the hard work himself and parents put in behind the scenes, its a thoroughly deserved opportunity that Im sure will be relished!

oisinocallaghan (Dec 13, 2019 at 6:24)
@AlanMck: Thanks guys ,it is exactly as you mention OH Sheen ..https://www.behindthename.com/name/oisi10n bit of Irish history

clemson (Dec 12, 2019 at 7:58)
making knödl in his munich restaurant :-)
www.sueddeutsche.de/muenchen/muenchen-restaurant-fink-s-suedtiroler-knoedelkueche-1.4710102

Fletch65 (Dec 12, 2019 at 21:50)
Great to see DT getting into the team, together with up and coming juniors. Am I missing something here? I thought Vall Holl was part of the YT team, but no mention here? Did YT forget they have the biggest junior talent riding for them in the World Cup Elites in 2020?

alecD (Dec 15, 2019 at 22:02)
I hope the best for them. The team needs some devoted individual who is determined to try their hardest, then learn how to push further. I couldn’t keep up with these kids. I sa yuh Give Aiden Reams a try. He lives in Clayton CA 94521.

daugherd (Dec 12, 2019 at 7:34)
Renewed with the SRAM team she's currently on and I believe next year she'll be doing select races so she can focus on school.

sino428 (Dec 12, 2019 at 8:18)
@chriskneeland: Alot of that will probably depend on Rachel's desire to ride. She's 32 years old, which is not young in the MTB world. IDK what her personal situation is like but some women get to that age and want to have kids, start a family, etc.

Jrtf (Dec 12, 2019 at 9:23)
as for a a Rachel holli rivalry it's more likely a cabirou holli battle.much love for rachel but shes not a youngster anymore