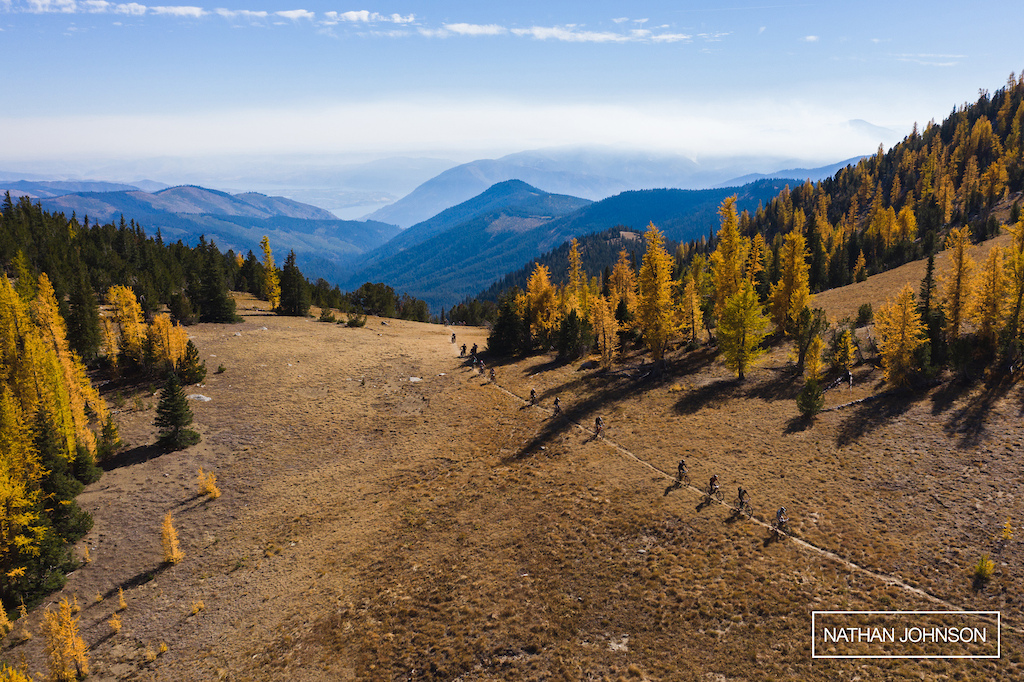 Nestled deep in the Okanogan-Wenatchee National Forest, racers woke up to another day of unbelievable weather and riding. After daily Covid testing and a quick brief, breakfast was served under the Shimano tent with Hannah from The Bayou Catfish and her staff working round the clock to feed over 100 racers and support staff. 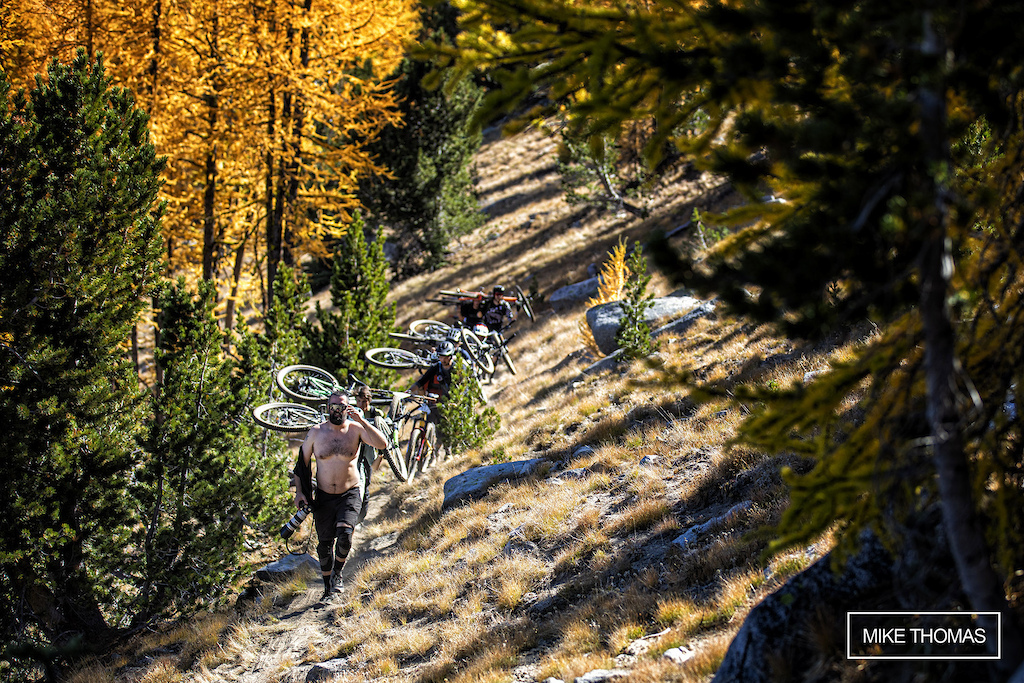 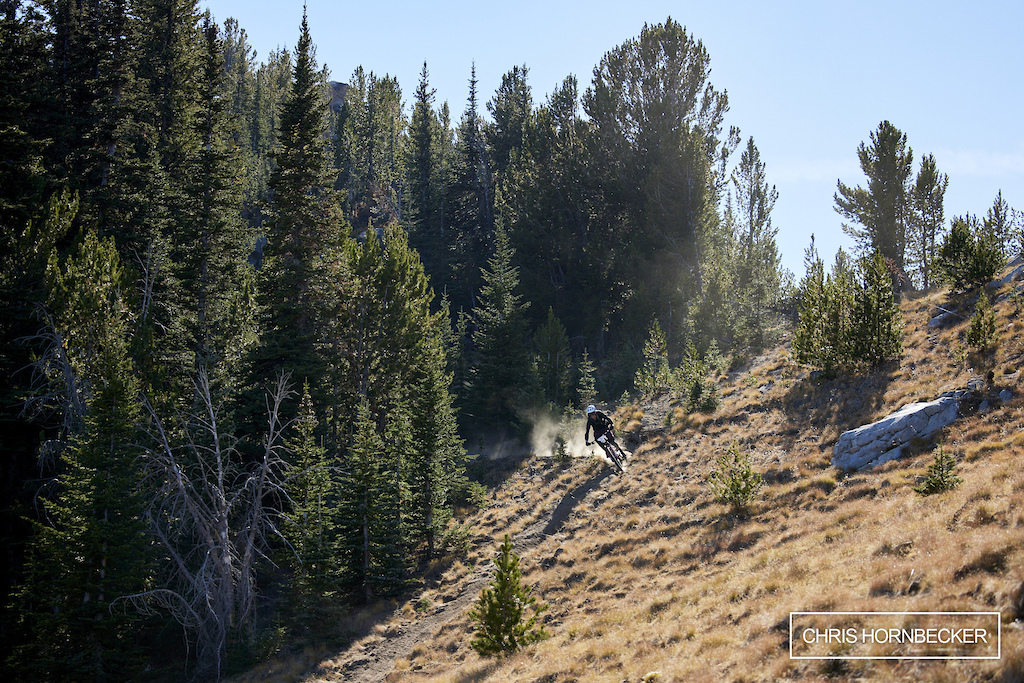 Shuttles carried riders in waves up to the day’s start, more climbing through the alpine was on tap, and racers were encouraged to bring extra snacks and lunch for a long day on the trail. The photographers headed out on course after a long night of editing, covering serious ground to document the stoke.

"It's been a pretty unique experience. You've got a pretty small window to shoot the larches and we've nailed it...it's just magical all around,” said Riley Seebeck of Flow Photo Co. 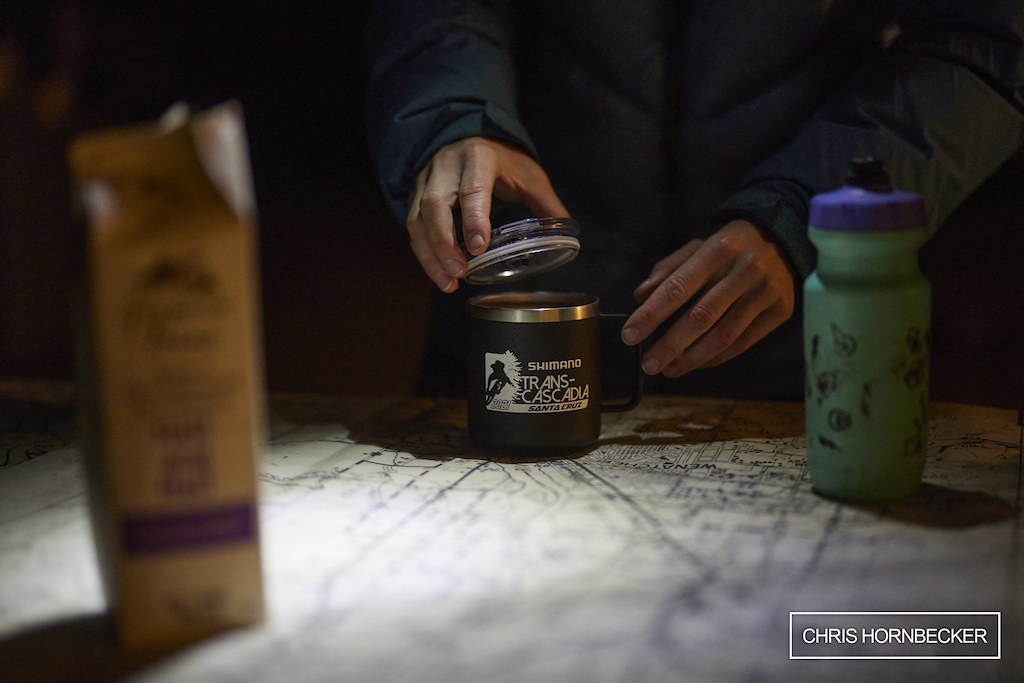 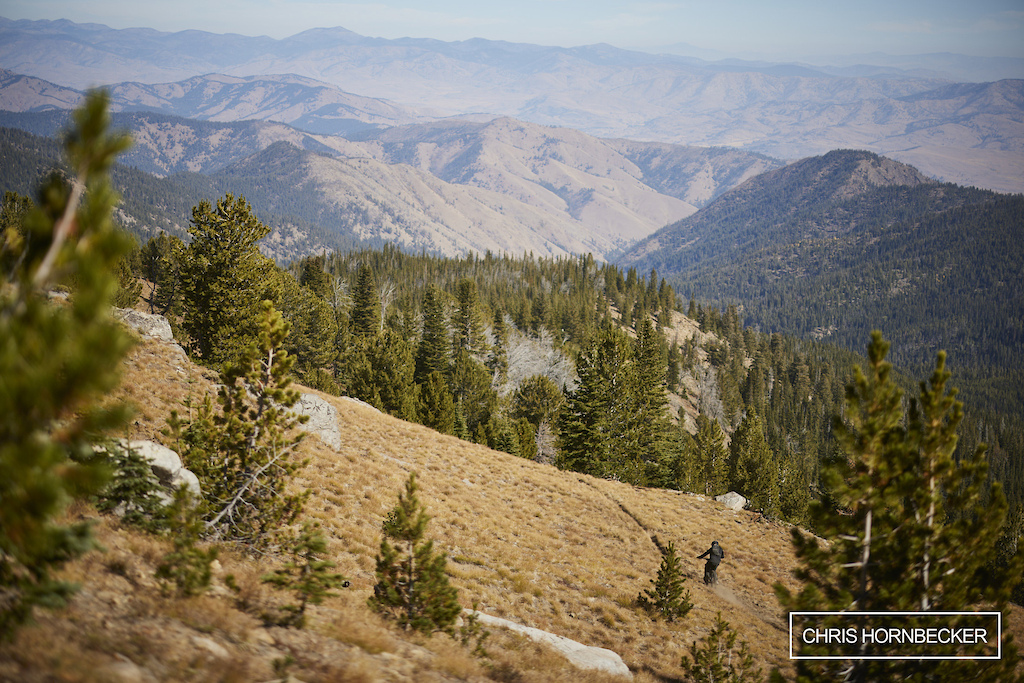 Santa Cruz Bicycles has been supporting Trans Cascadia for years. The brand is heavily committed to trail work, and supporting an event that leaves a legacy of pristine singletrack behind for all to enjoy and experience. 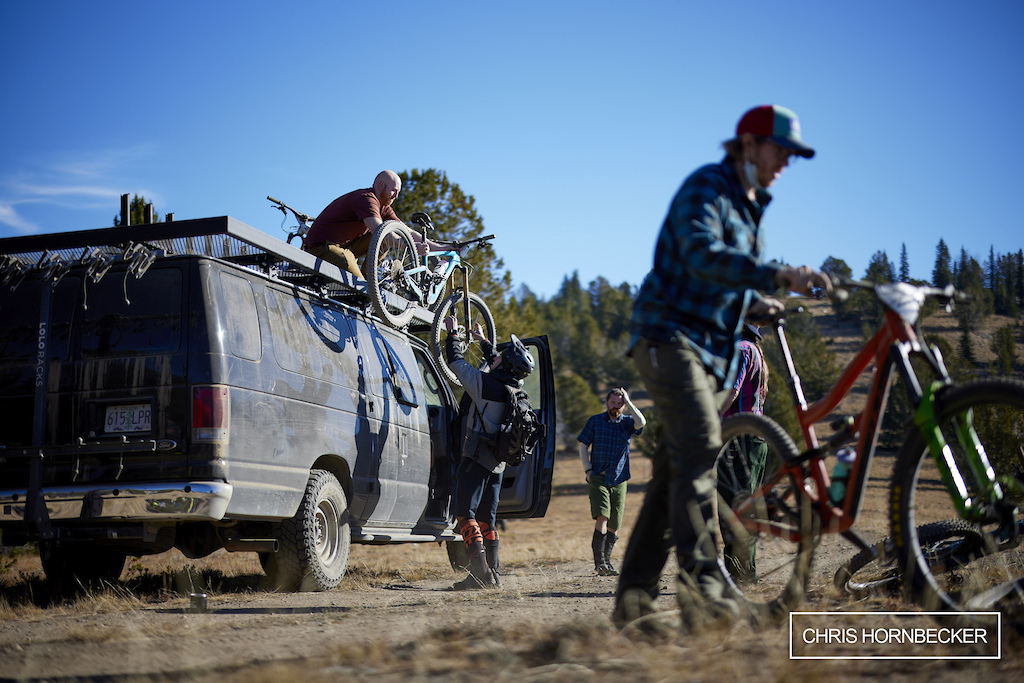 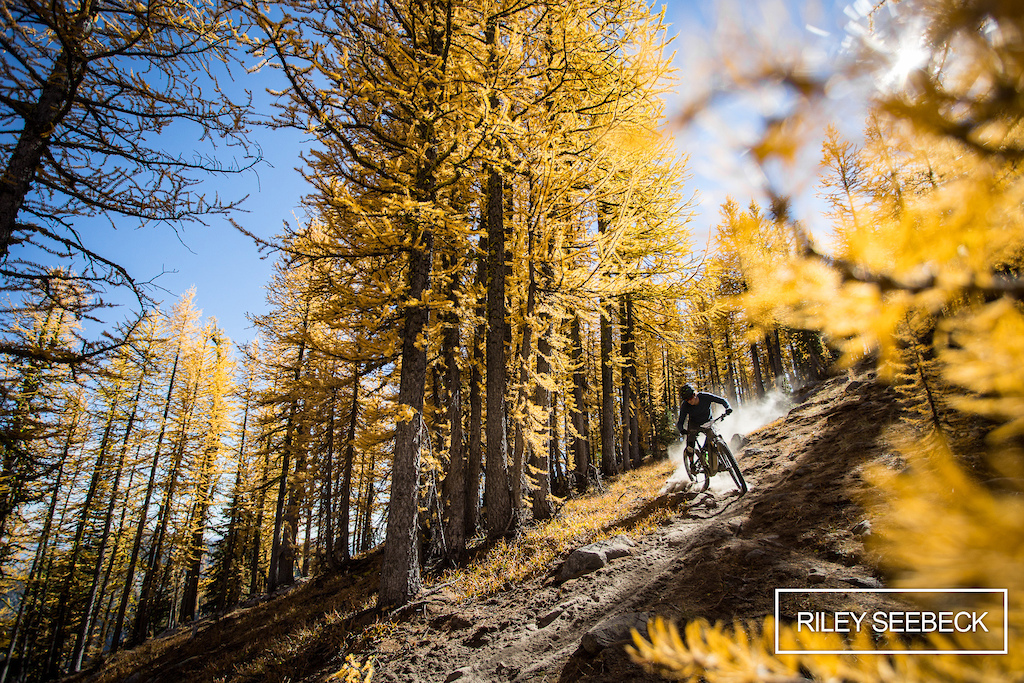 Jordan Nguyen, Sports Marketing Manager for Santa Cruz, weighed in on their continued support. "A big part of it is community. Trans Cascadia in particular does a lot to give back in terms of advocacy, building, and maintaining these trails in the Pacific Northwest. They do a great job of building a really special event and race as well." 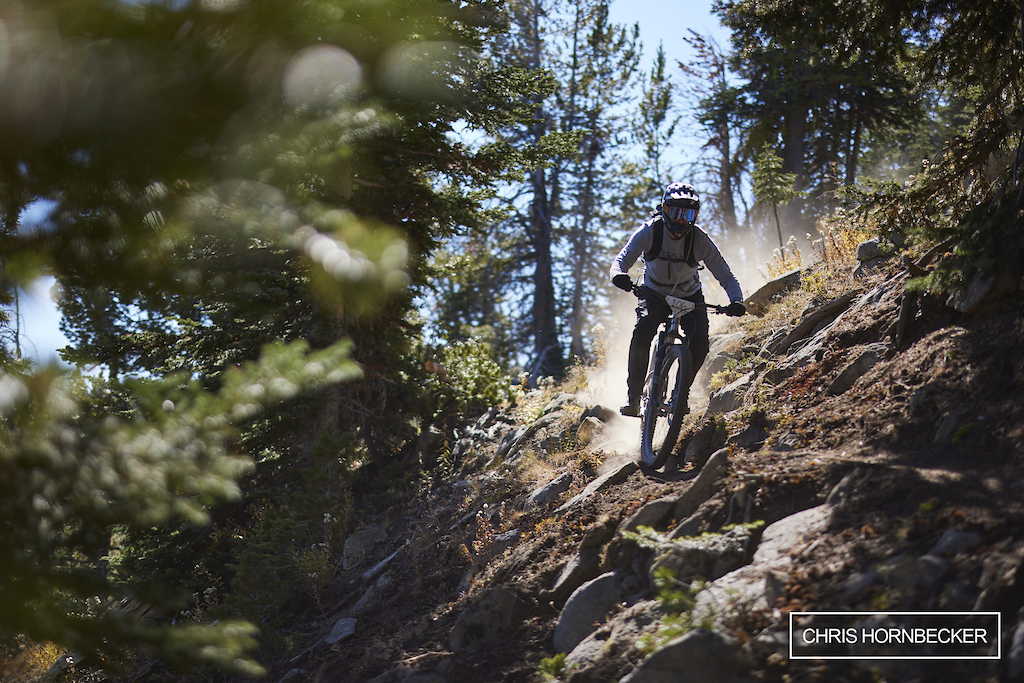 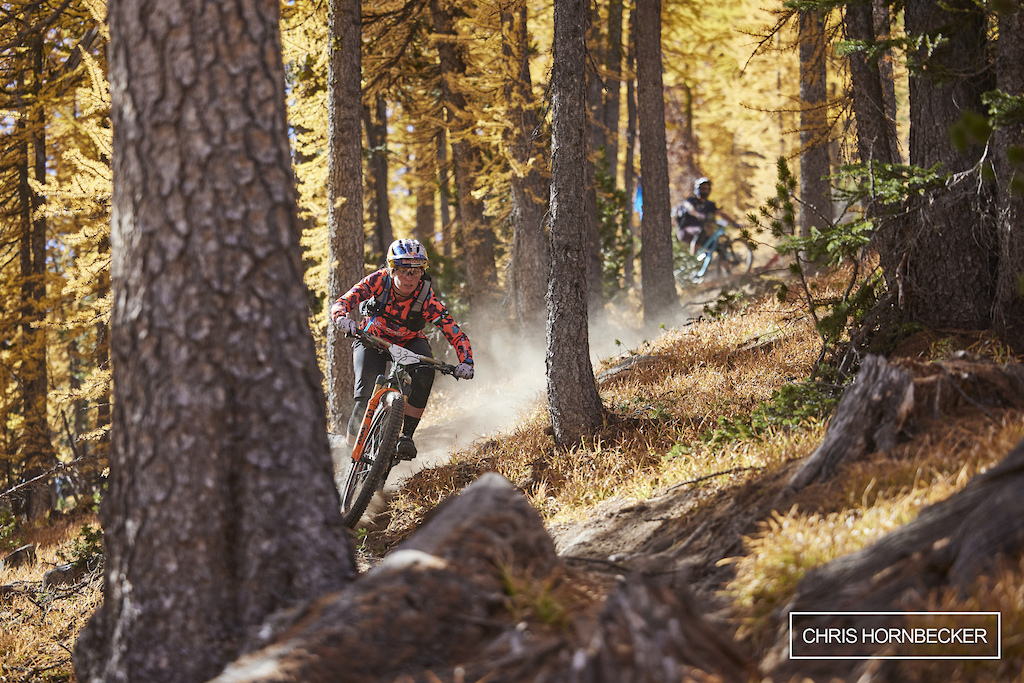 Up top, the riding was likened to big wave surfing by riders, as racer after racer flowed down the mountain. Transfer stages remained long, with Geoff Kabush continuing to egg Tobin Ortenblad on. There are rumors of a tickle fight after the last stage to settle things once and for all. The highlight of the day was a secret trail opened and cleared for riders, this trail was permitted for a single day only. It may well be the first time tires have touched the remote section of forest, truly a special moment for everyone. 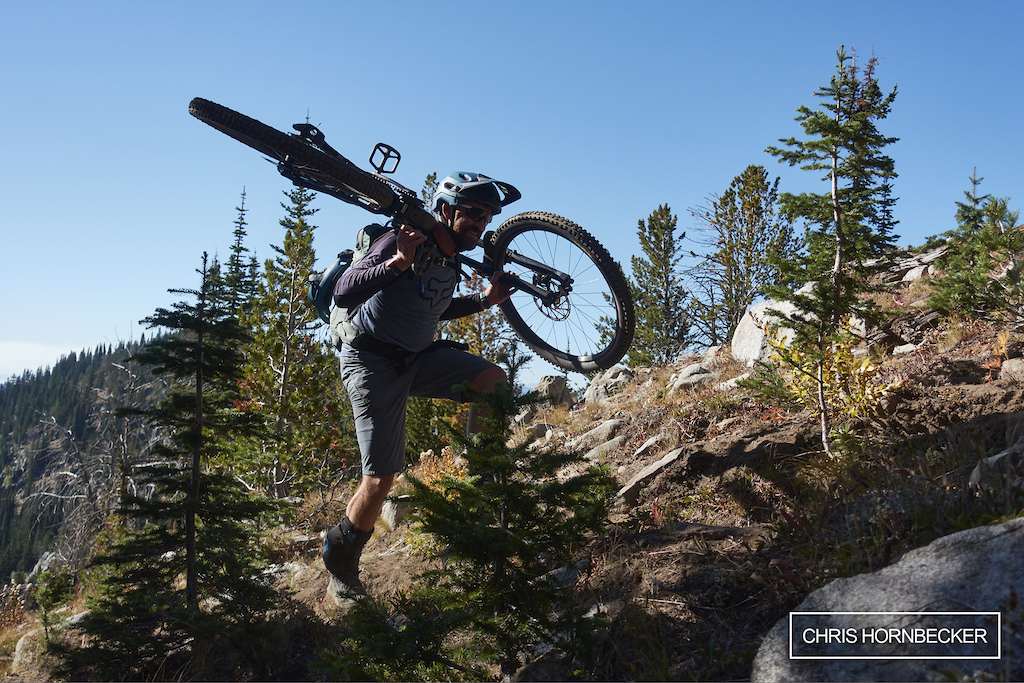 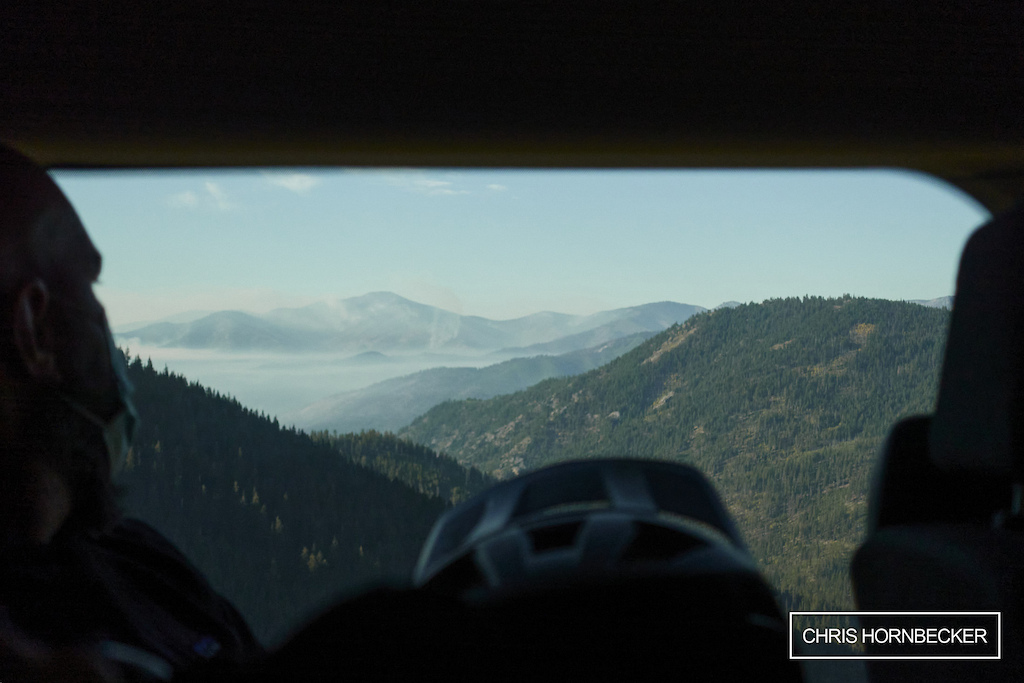 "What's special about today is that no mountain biker had done this ride until we did today. It took us four or five tries to piece this ride together when we were planning the race. This is going to be a treat," said Remy Aucoin, a trail steward who helped immensely in clearing the race stages. 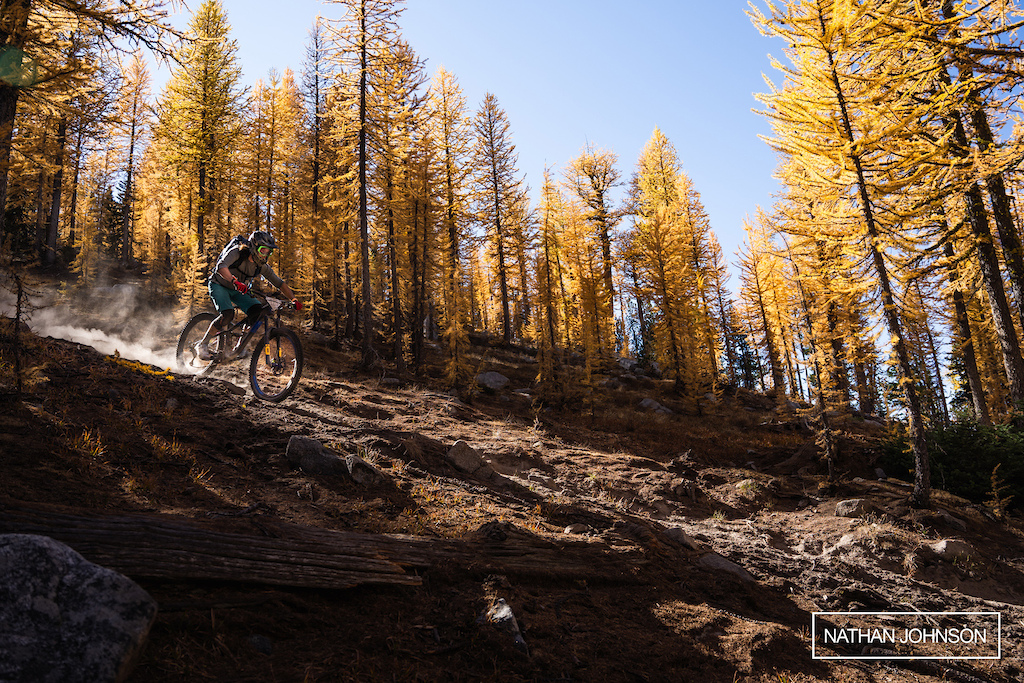 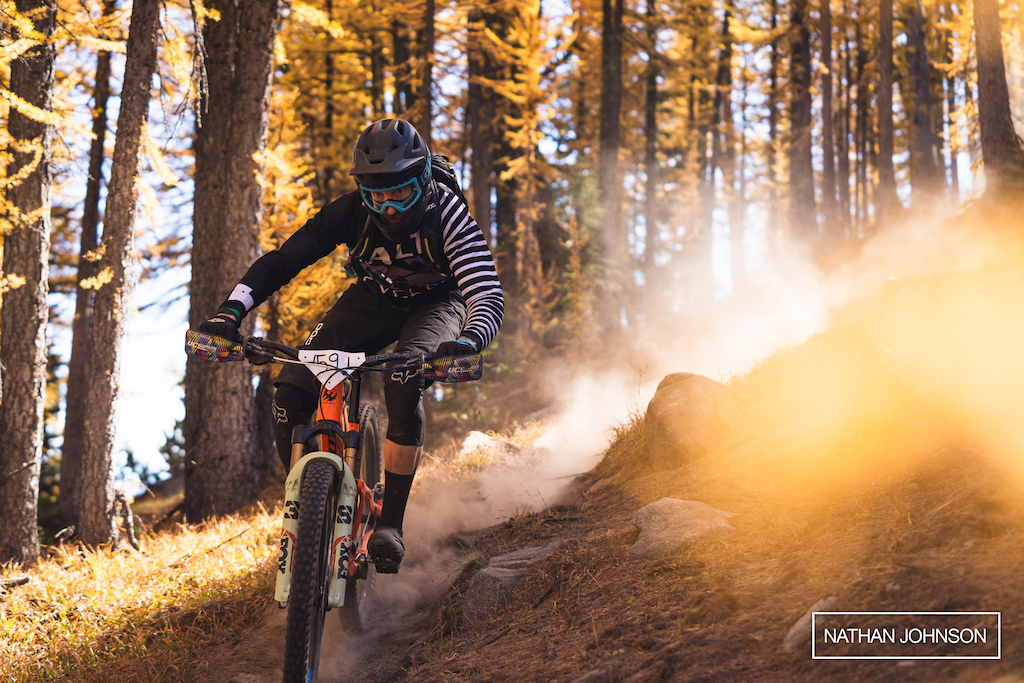 Kabush slipped back to third place overall, but looked ahead to day four and his beef with Ortenblad.

"I feel I have the upper hand physically and mentally. It's been a good three days chipping away at him and he’s ready to crack. I've just been saving my energy for day four,” Geoff remarked over a steaming bowl of chili. 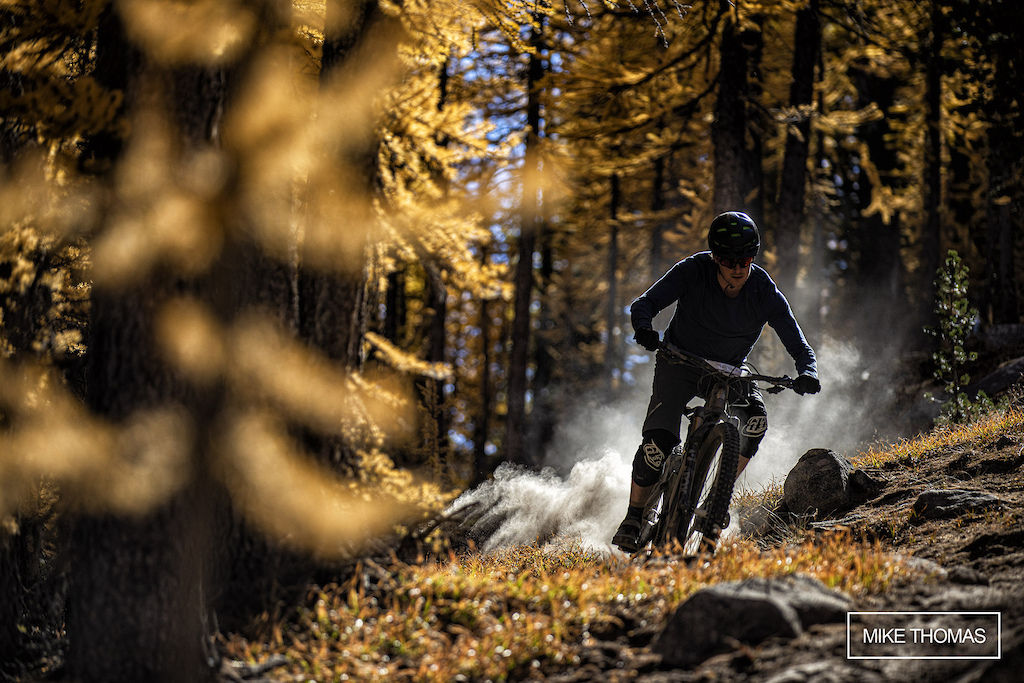 Rising star Myles Morgan took over the lead in the Pro Men’s category, moving into the last day of racing. Alicia Leggett moved up one spot into a podium position in third.

"Today we've got some pretty long stages. I'm stoked for today, there should be some more variety which is always good," said Morgan before beginning the day. He excelled on the long, rutted stages and now has his work cut out for him to keep Kabush and Myles Trainer behind going into the final day. 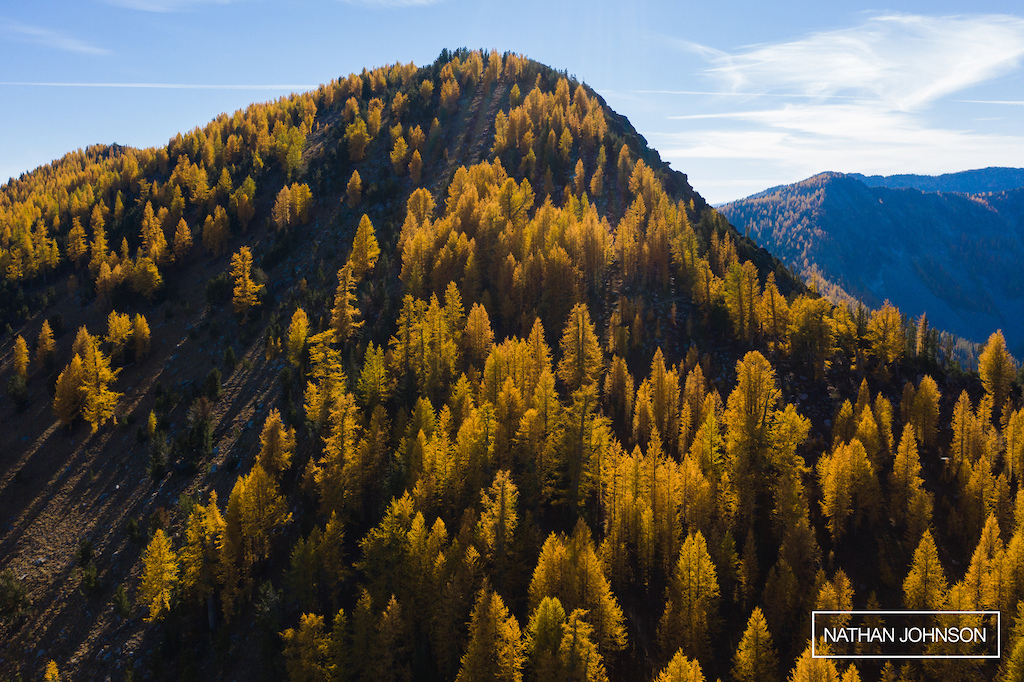 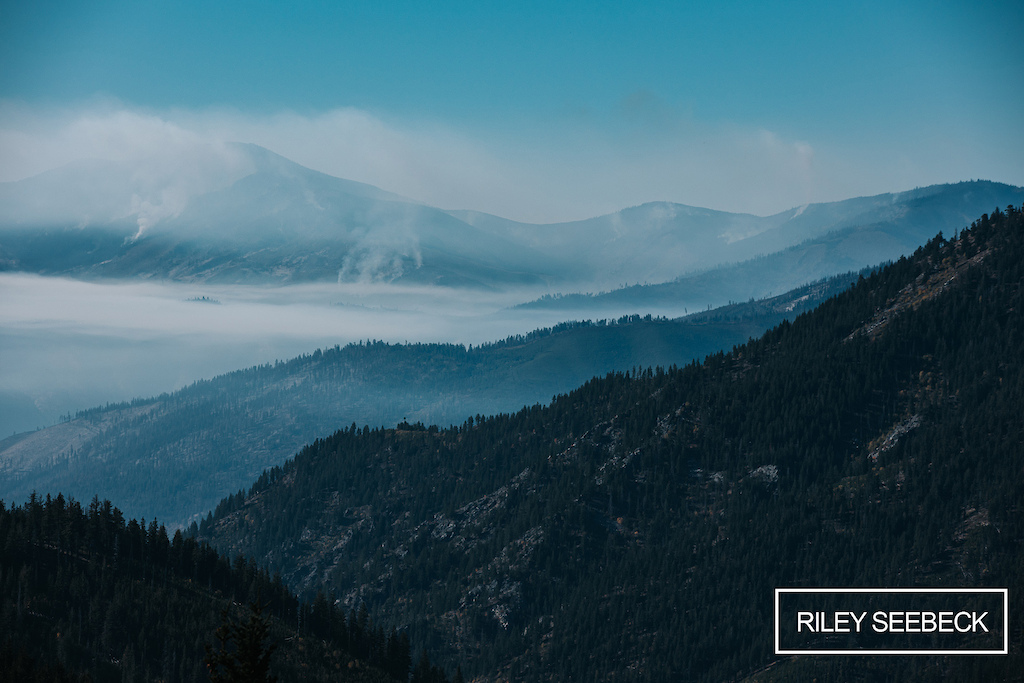 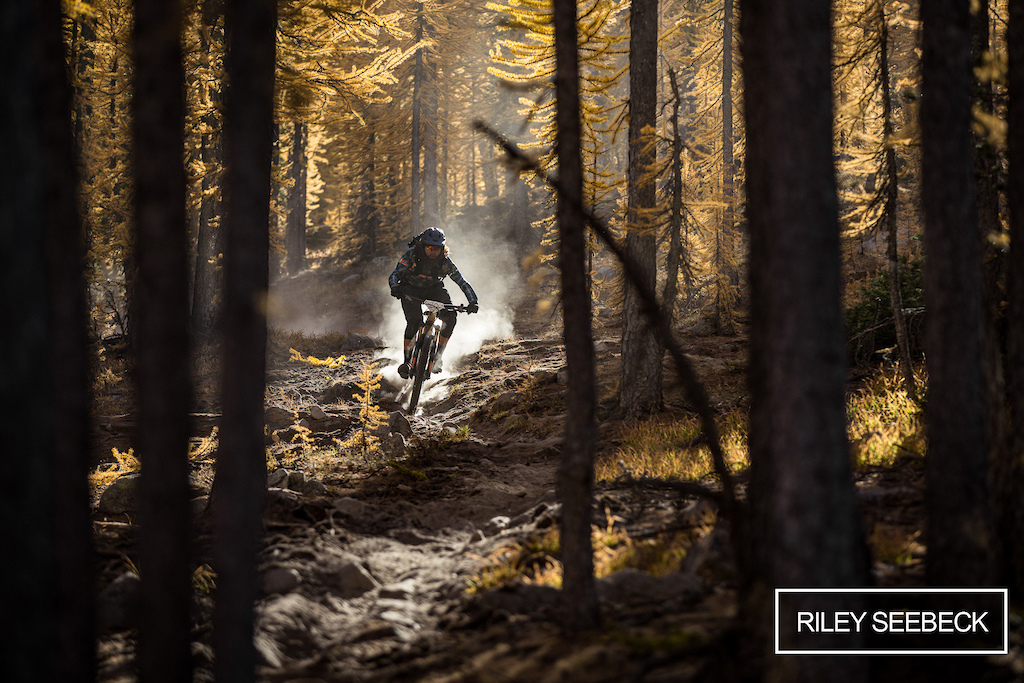 Jill Kintner has a commanding lead in the Women’s Pro field, thoroughly enjoying each stage. Fellow Red Bull athlete and professional freeskier Michelle Parker is enjoying what is both her first Trans Cascadia and first-ever mountain bike race.

"This is my first mountain bike race ever! We're on day three now. At this point, everyone is a tight-knit group of friends and we're all supporting each other. It's just a long party train," says Parker. 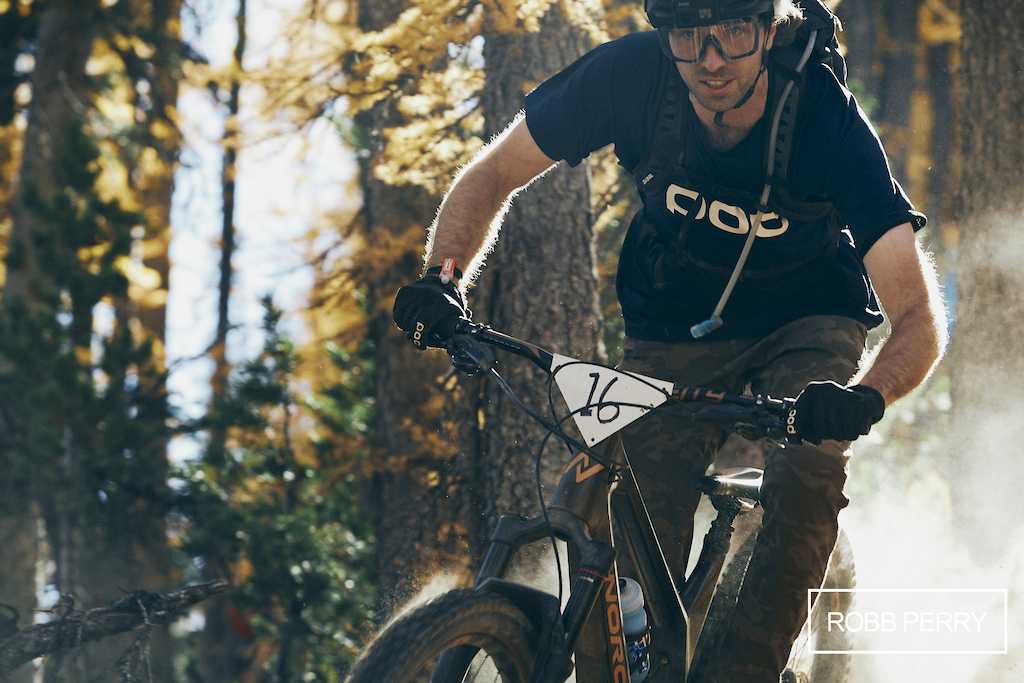 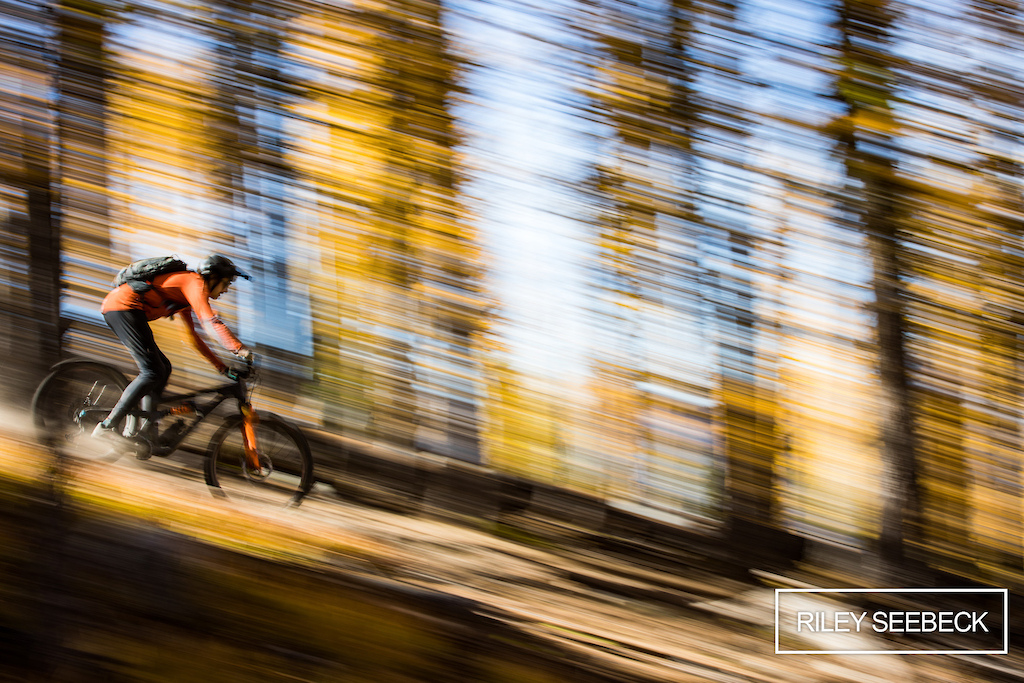 Juliana Bicycles’ Alex Pavon loved the long stages of day three. "The third stage of the day was just steep and loose, super rowdy and really ripping." She also weighed in on the impending showdown between Kabush and Ortenblad. ​​"It's gonna be an all-out tickle fight to the death. My money is on Kabush, sorry Tobin!" 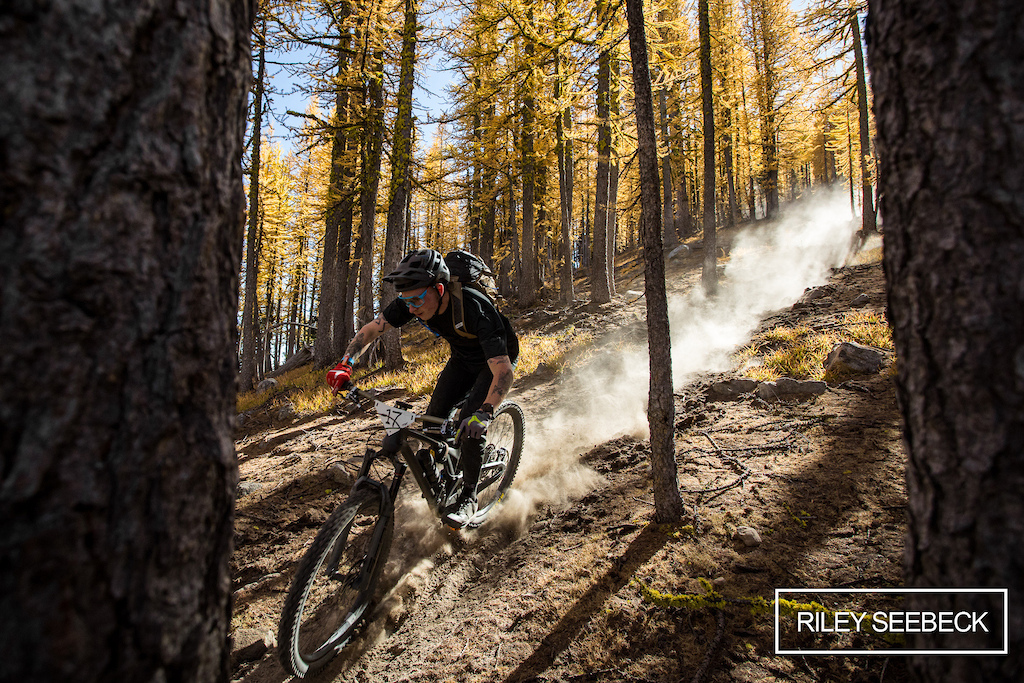 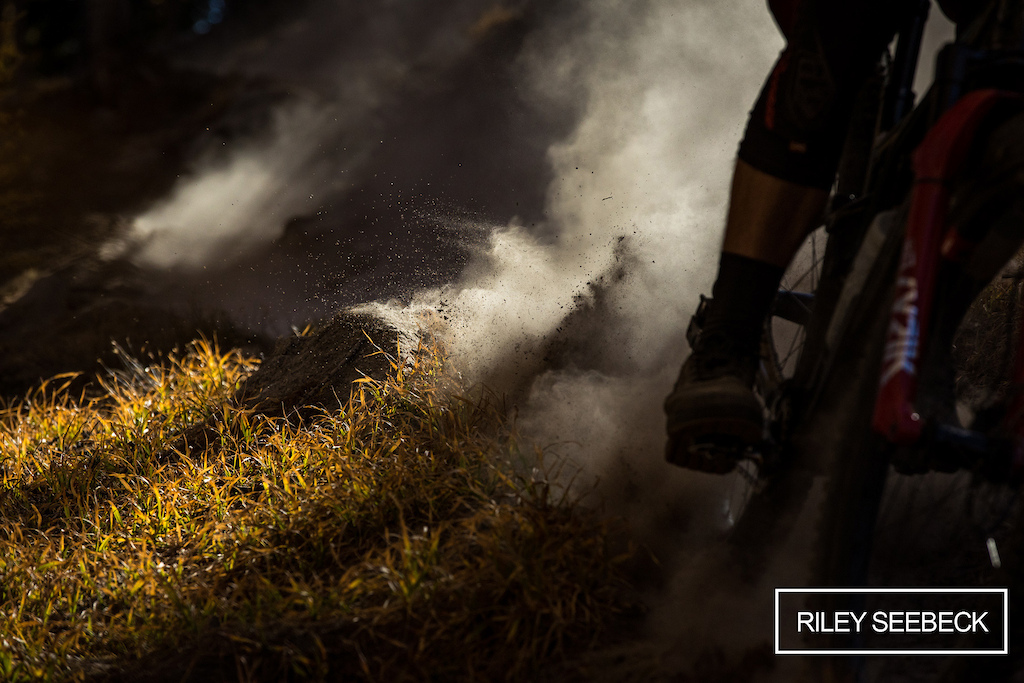 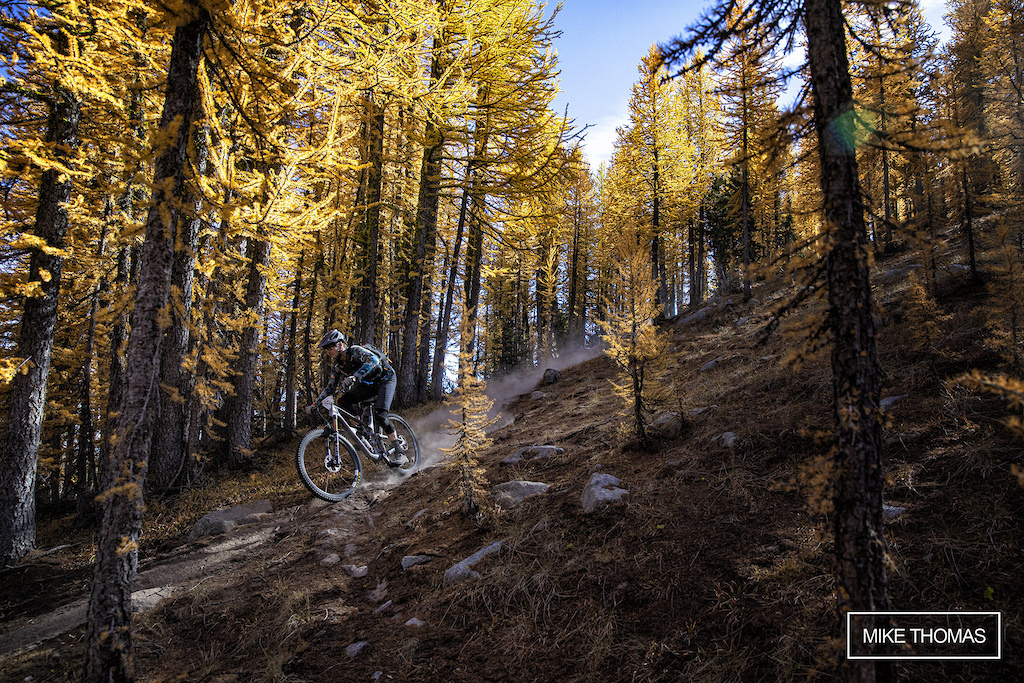 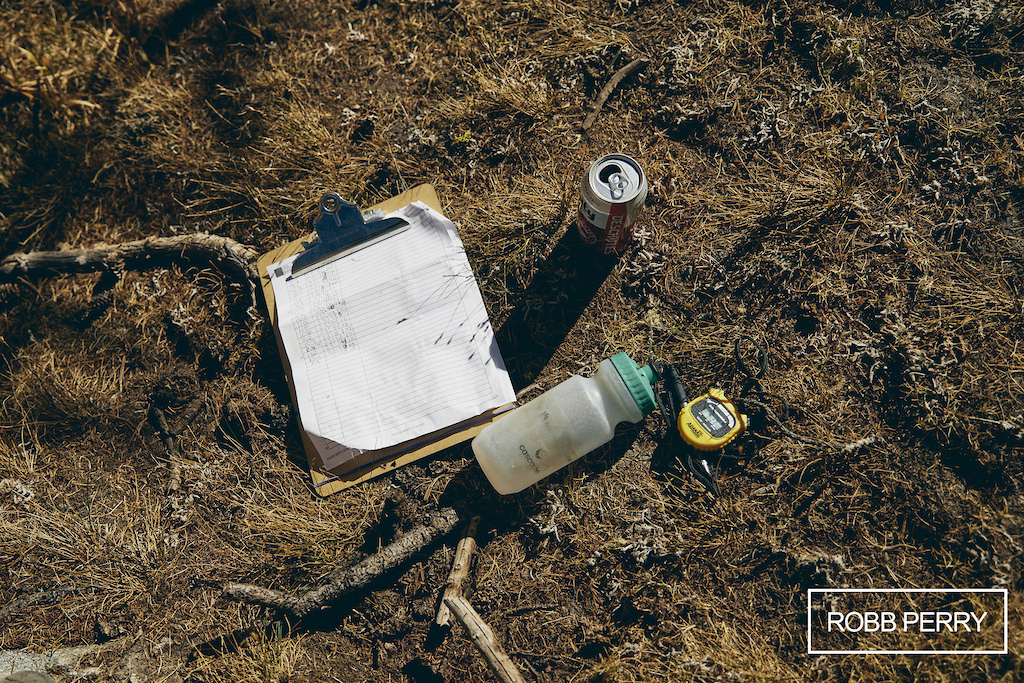 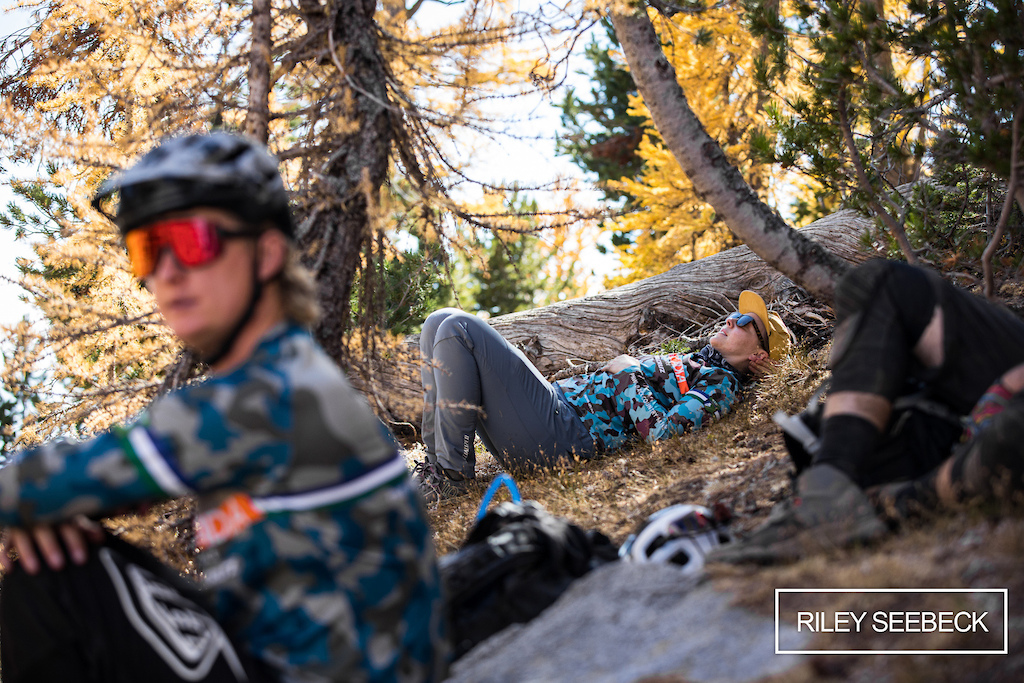 The evening fire roared as podium presentations got underway. Drinks were poured as pallet after pallet of Deschutes beer and Ablis CBD tonics disappeared at an alarming rate. Jumps were assembled near the fire, and things got weird under the stars. After a year away, riders and volunteers alike soaked in the community with smiles all around. 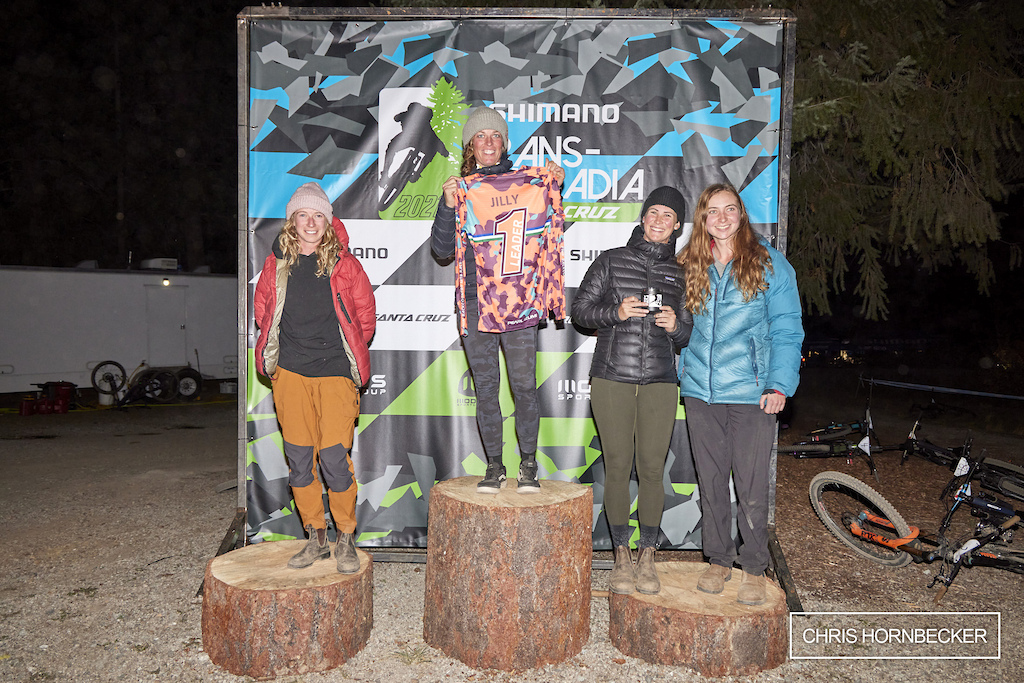 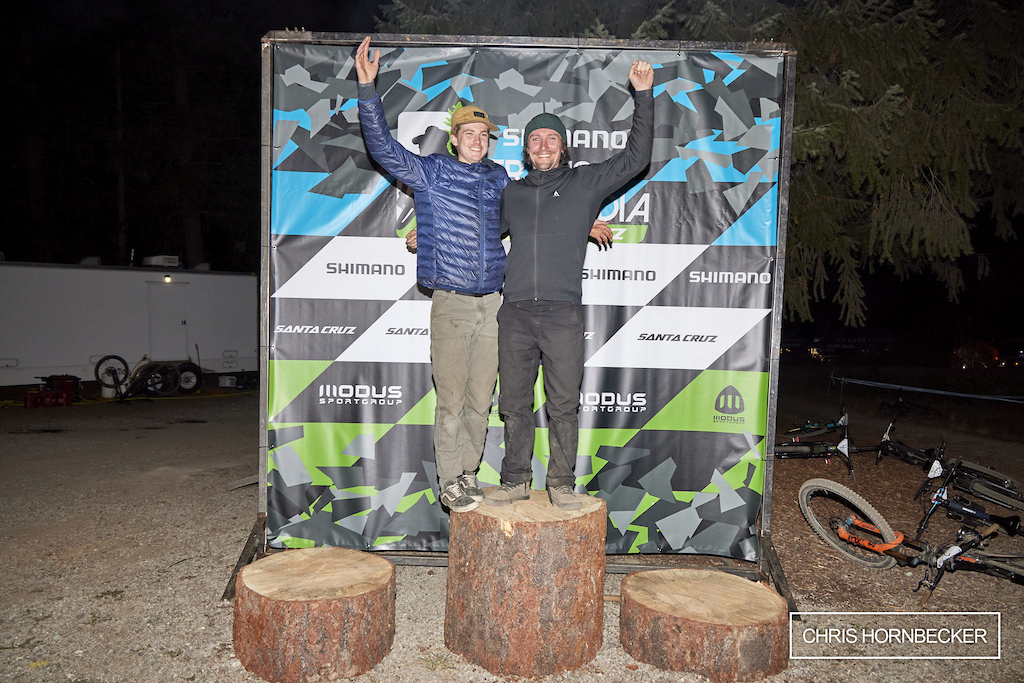 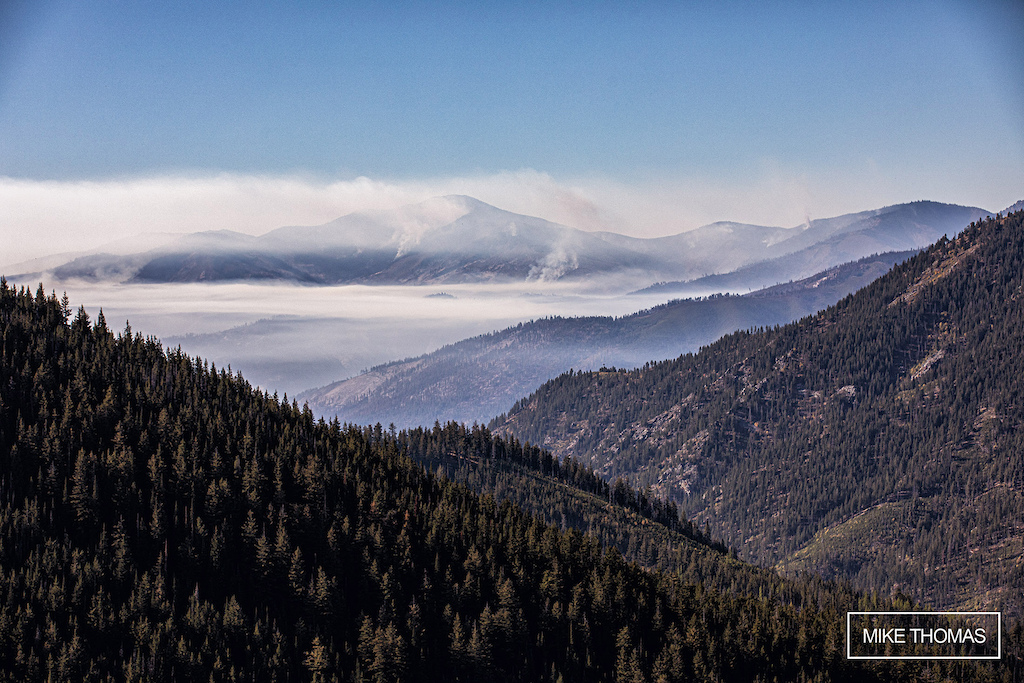 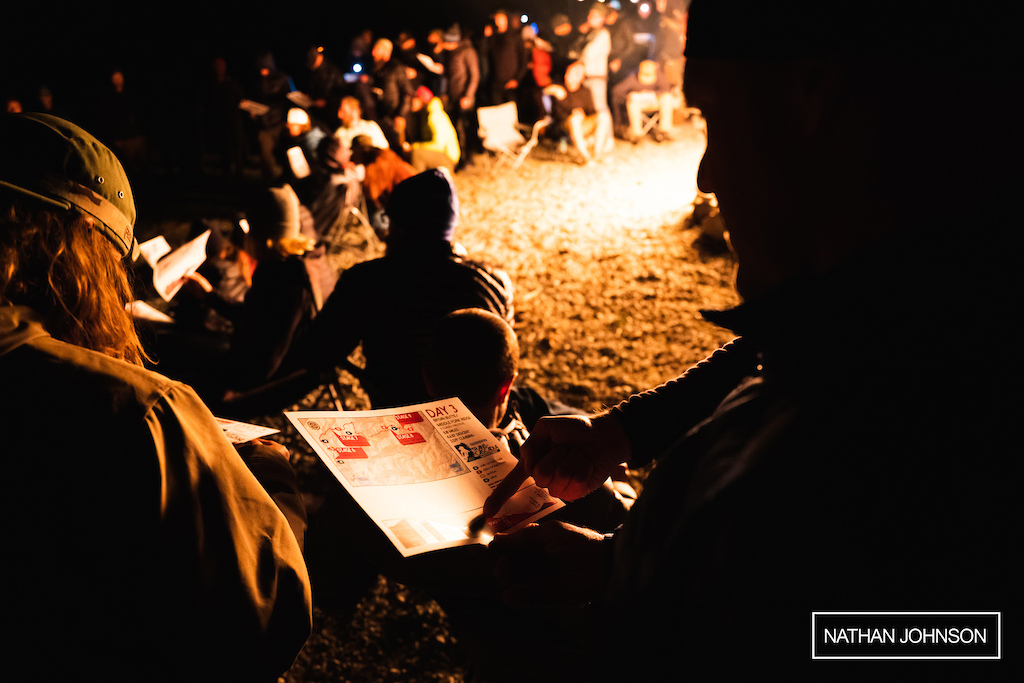 Due to the length of day three full results will not be published until Monday. The final day of racing will be exciting, look for a full report tomorrow when the party in the woods concludes.

This event is under a special use permit of the Okanogan-Wenatchee National Forest.

Corvcycleguy (Sep 27, 2021 at 6:52)
Likely they got permission from the land manager to use it for this event otherwise it's not open to bicycles. Also transcascadia are generally tight lipped about what trails they actually use. Info can be found if you're savvy though.

krhaack (Sep 27, 2021 at 7:32)
@Corvcycleguy: it appears to be a fresh cut trail not previously used by hikers. It seems weird to build miles of fresh single track then just abandone it especially when trans cascadia is supposedly about reviving old trails.

The TC crew has to get permits from the Forest Service to host races on any trails they run on, so I think every day was “permitted for just one day”. But I think on days 3 and 4, a couple sections we rode were typically just hiking trails that we were allowed to ride.

Speaks to the strength of the TC crew’s relationship with the Forest Service, and all the work they do, that they were able to get those stages permitted in just a few weeks.

mtnbykr05 (Sep 28, 2021 at 10:42)
@atourgates: trails built mostly by motos that we went out and re-cut old blow downs, cut new blow downs, did tread work, and brushed back to open sight linesman

supakdog (Sep 27, 2021 at 7:43)
Pretty insane they got to ride through wilderness. I assume they got to ride from cub lake out to lake chelan and get picked up by the ferry. Probably a good consolation prize for the original venue burning this late summer.

That being said I’m not sure how I feel about wilderness trails being opened for a race event(people with money). Hopefully it will help get mtb’s allowed in wilderness for all to enjoy

ckoont (Sep 27, 2021 at 8:45)
Local land managers can't make a decision to allow bikes in the wilderness. It looks like it was an older trail network that shows up on USFS topos near the Uno Peak area. You can find it if you poke around older topos.

tbmaddux (Sep 27, 2021 at 8:54)
Yeah there's just no way anyone could get away with a race through a federally-recognized Wilderness area. In fact, back in 2017 down in Oregon, Trans-Cascadia along with a bunch of local groups reopened an old overgrown skid road so as to NOT go into the Middle Santiam Wilderness while doing the big loop of the Old Cascade Crest network.

supakdog (Sep 27, 2021 at 9:00)
@tbmaddux: That was my assumption as the easiest way to get 7k vert out of 1 decent that has campgrounds/a way out at the end. looking forward to them releasing the map.

Blue76 (Sep 27, 2021 at 7:57)
National forests are great to ride in ..I ride the perfect cycling trail every summer..and surfing a big wave is nothing like riding steeps on mtb..

withdignityifnotalacrity (Sep 27, 2021 at 5:17)
How about some coverage of the Trans New England Enduro? Smh, Northwest mafia strikes again.