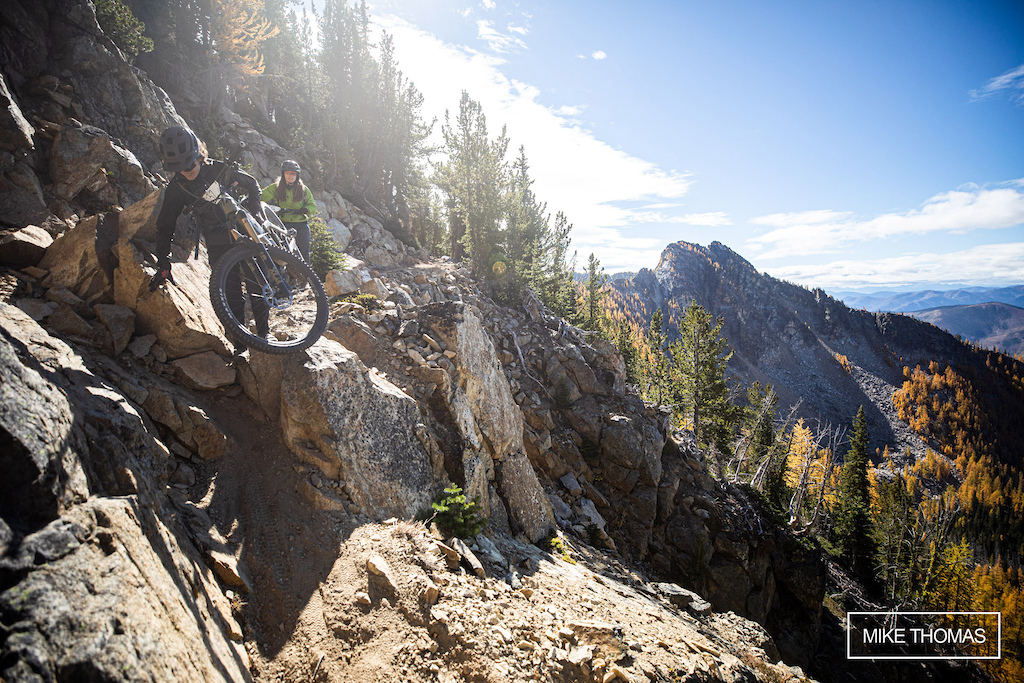 Day four was the final day of racing for Trans Cascadia 2021 and anticipation was high. Like days prior, camp was bustling long before the sun began peeking through the trees with another big day on the horizon and a long, steep hike-a-bike section gaining nearly 4,000 feet waiting to test the field.

"It's my first ever Trans-style race, I knew it would be hard, but I didn't expect back-to-back 5,000 foot days. We were all pretty tired but we were in it together,” said Jill Kintner. 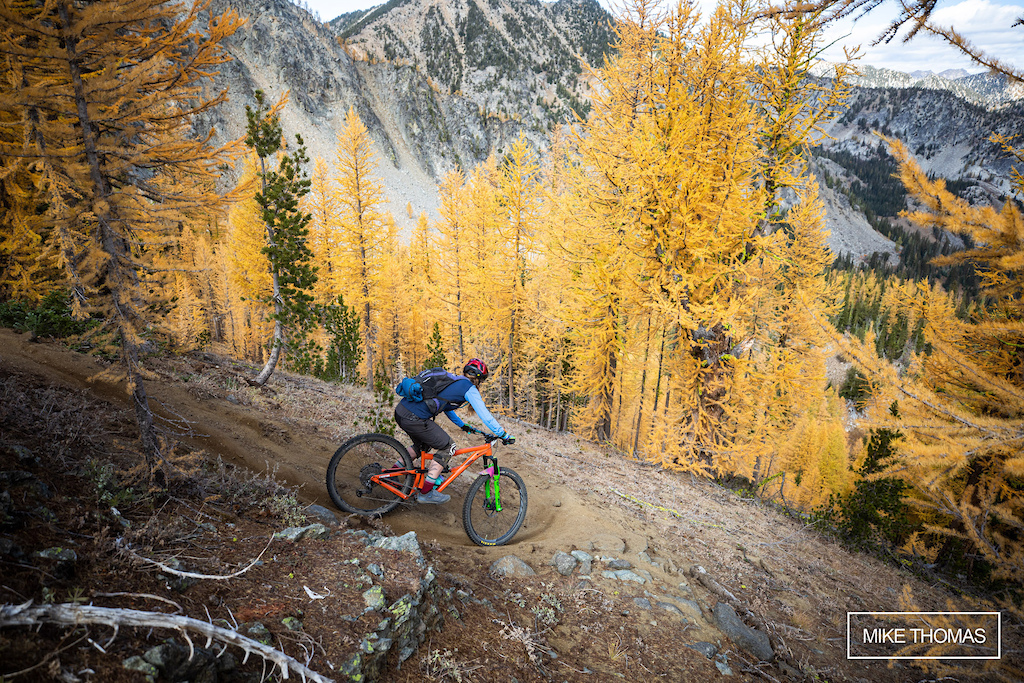 The vibes were strong and cohesive as the group slowly began pushing up the mountain. The steep ascents were matched with ripping fast descents on a very special section of trail, a delight for racers and staff alike. As the day progressed, camp emptied and nearly everyone climbed back up, heckling every rider who rolled to the end of a glorious final stage. 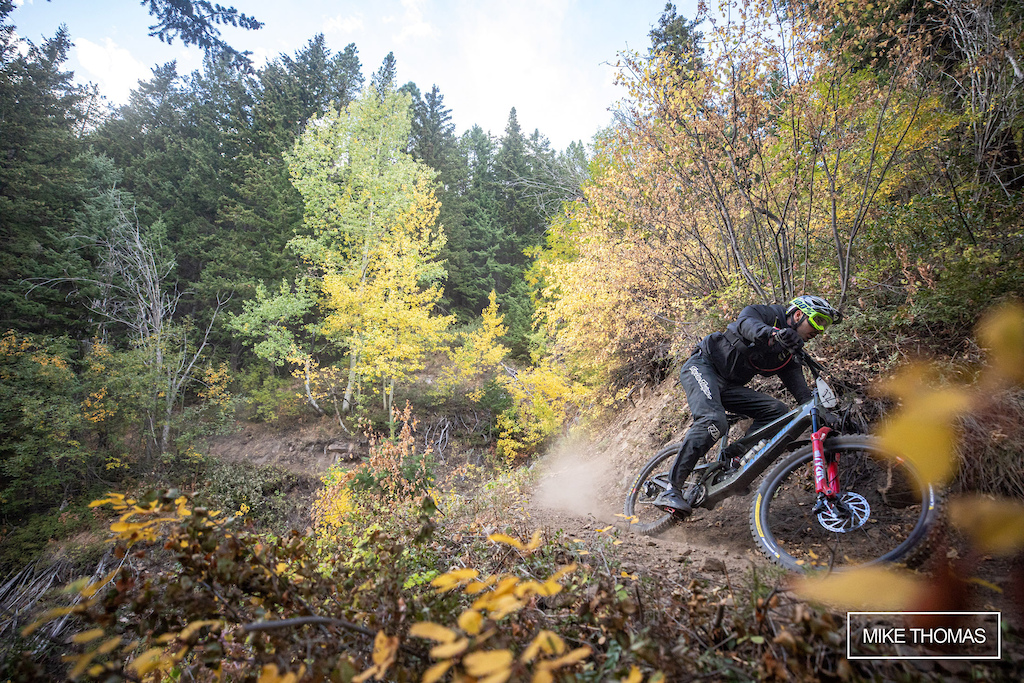 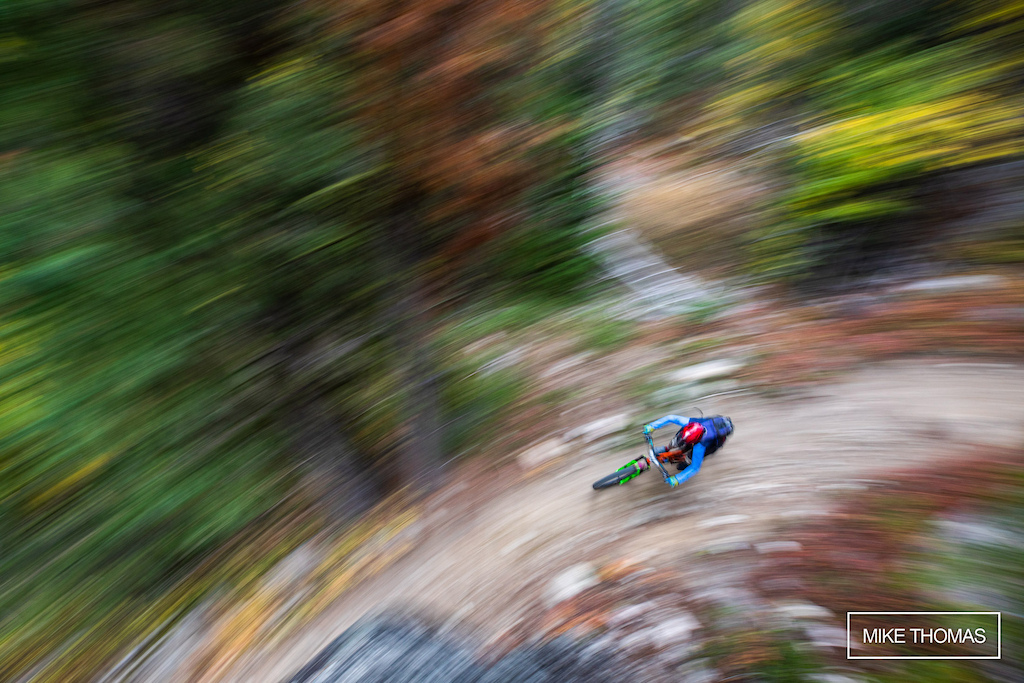 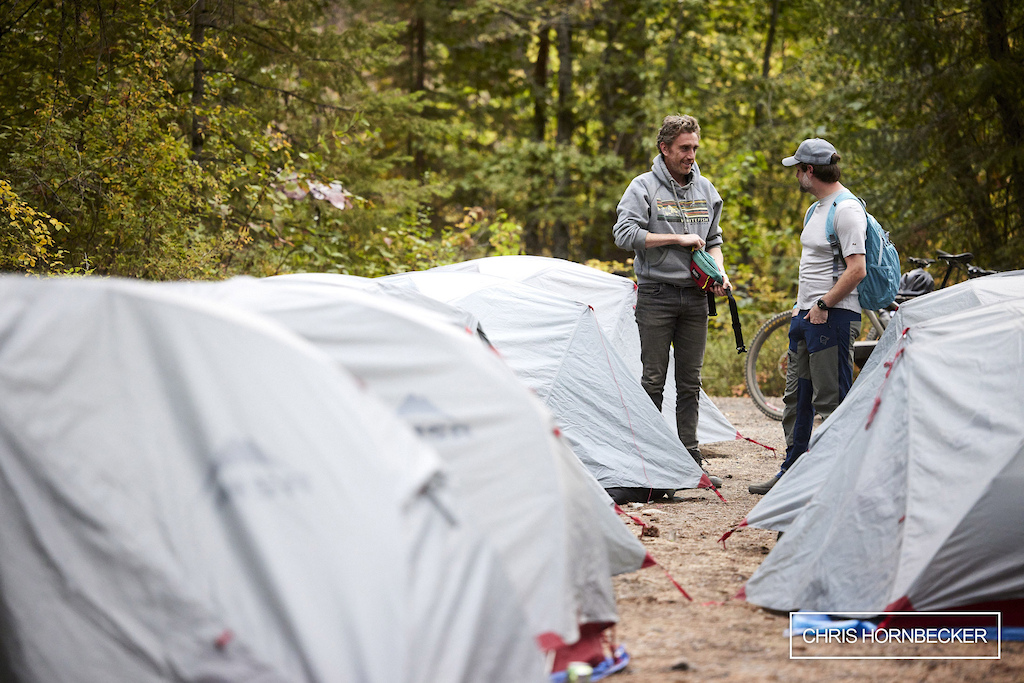 "I would say the camaraderie, the collective effort of everyone pushing really hard for miles and miles in the mountains, having a really good time, are some of my favorite things in the world. That's what we did for four days! It was perfect," said Michelle Parker. 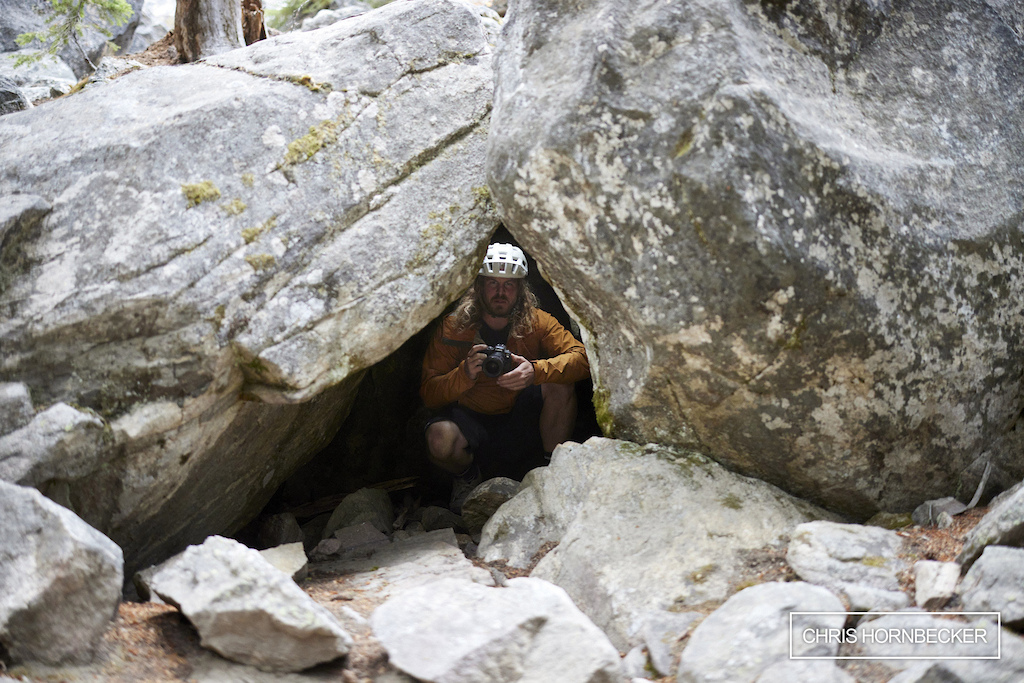 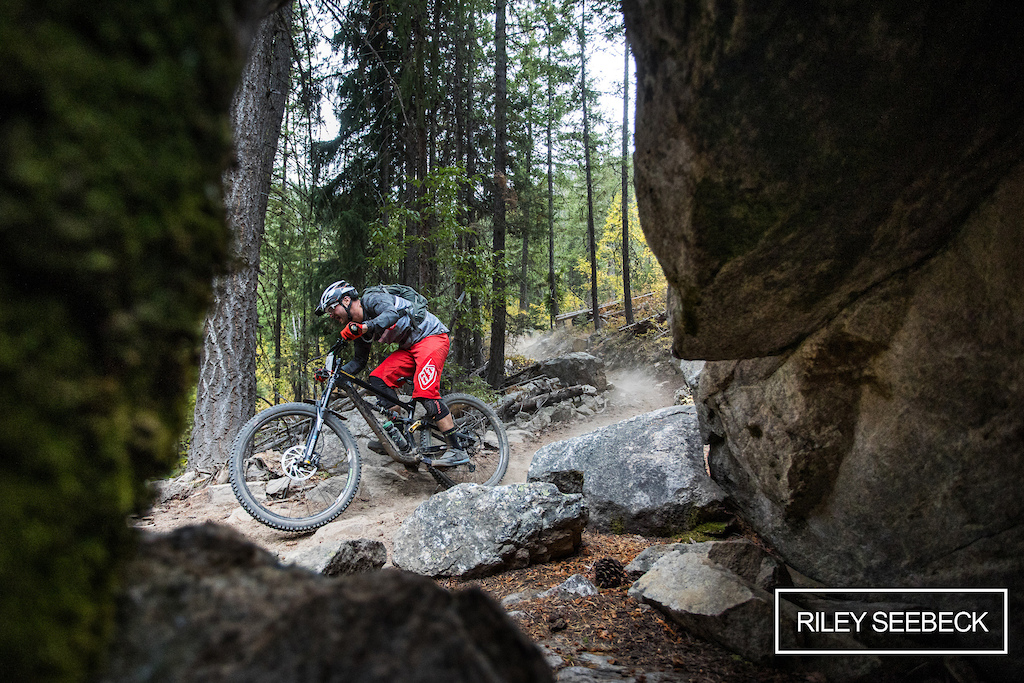 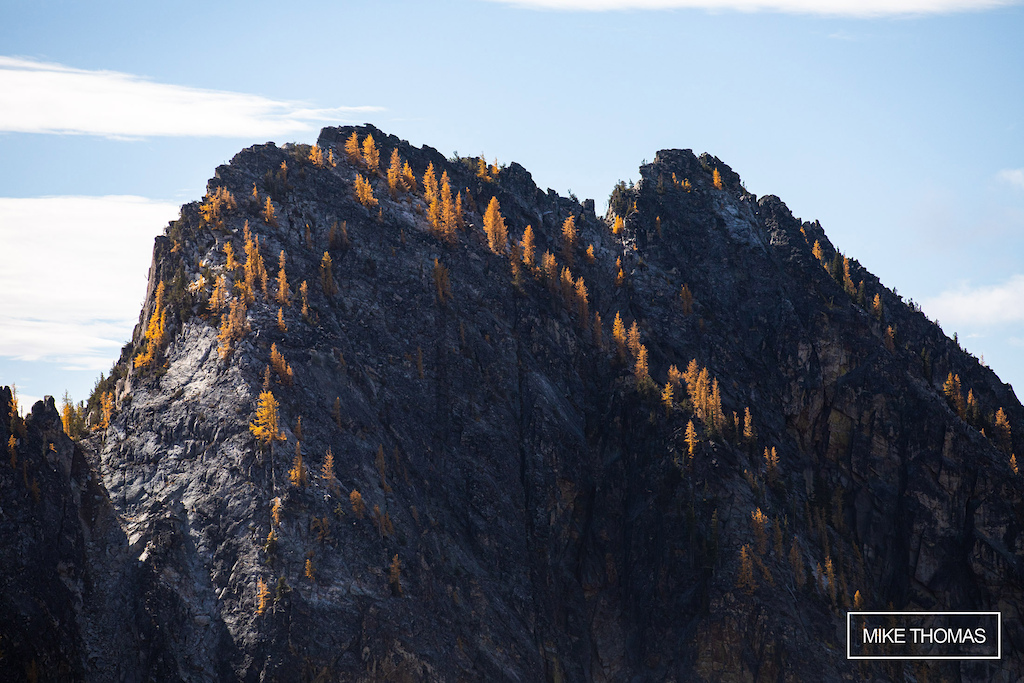 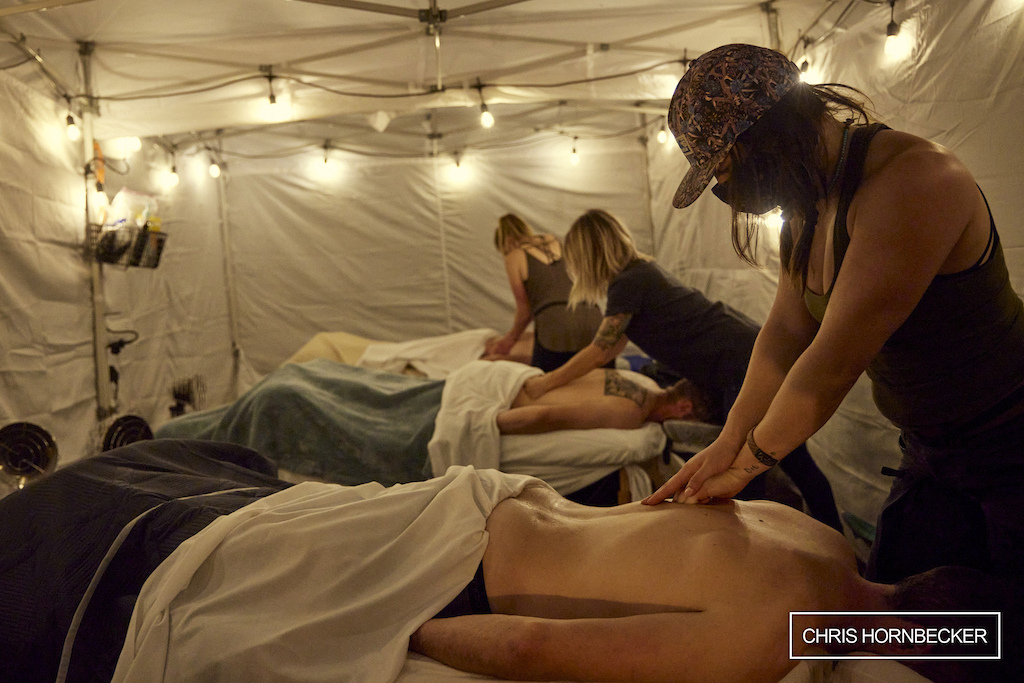 It would be hours before the podium presentations and results were posted, though the massage tent was fully booked and the fire was already roaring. After another fantastic meal from The Bayou Catfish, the party got started. Special thanks was given to the staff by Forest Service District Ranger, Paul Willard, commending their efforts for maintaining deep backcountry trails year round. 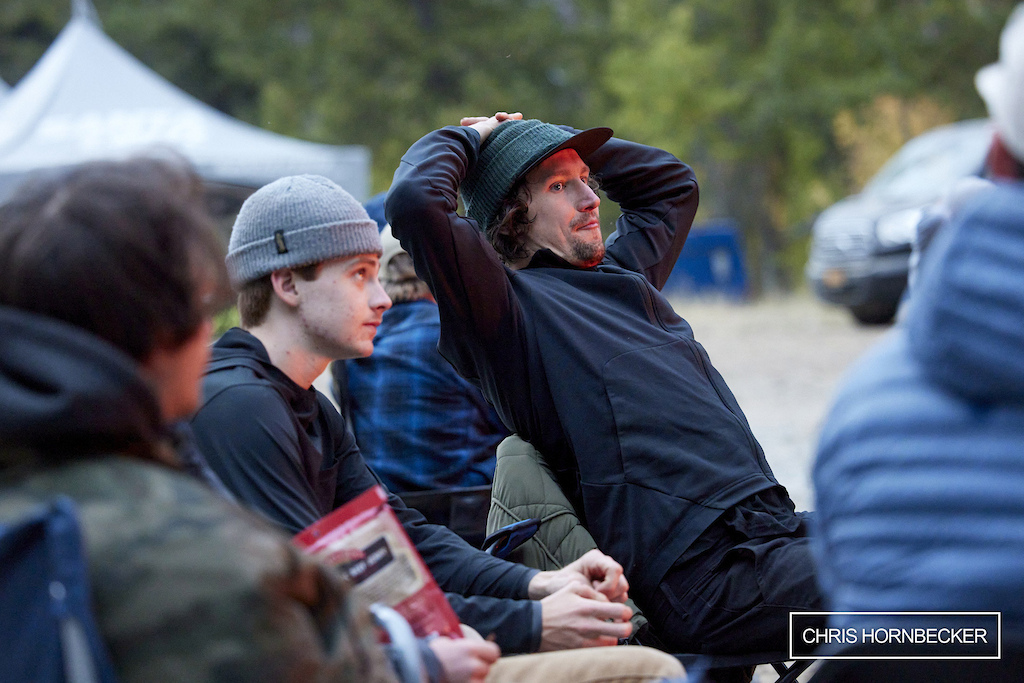 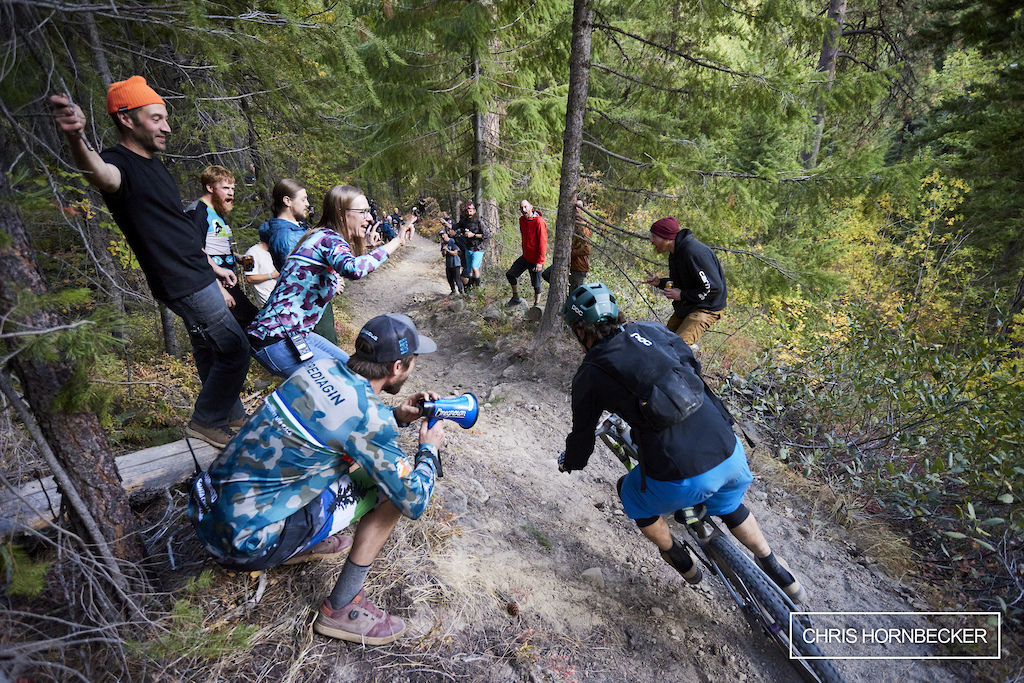 It was a long, hard four days whose toll was felt even by the most experienced racers in the field. “I don’t remember anything,” remarked Aaron Bradford.

"It was nice to see people enthusiastic about coming out despite all that's going on in the world. Despite the fires, despite losing more than half our course just a few weeks ago, I think we were able to put together what's been the best year yet," beamed Race Director Nick Gibson. 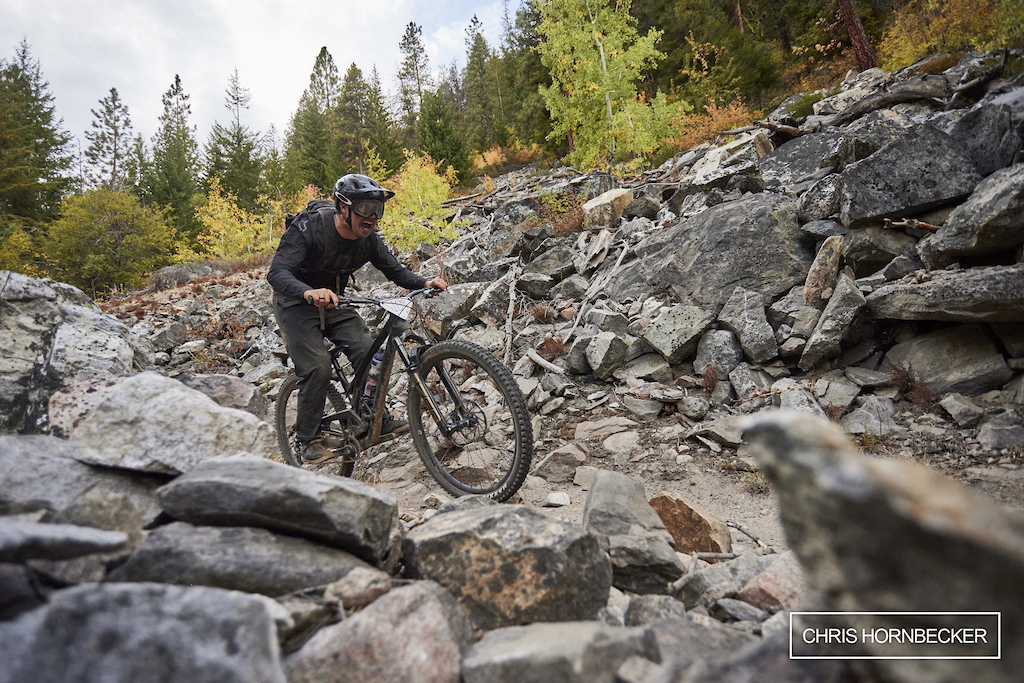 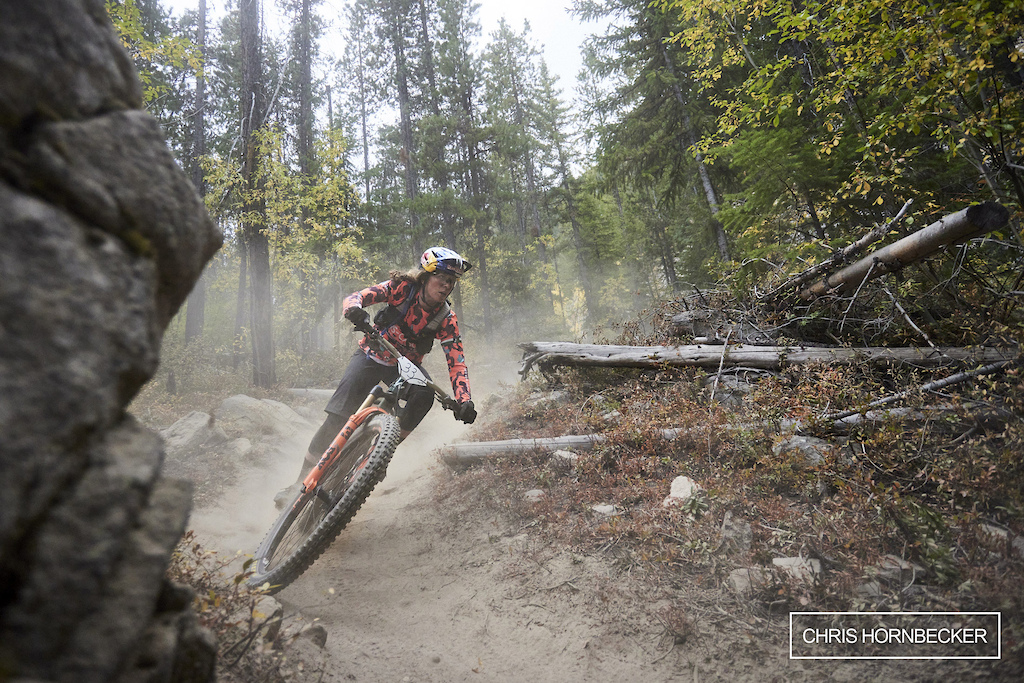 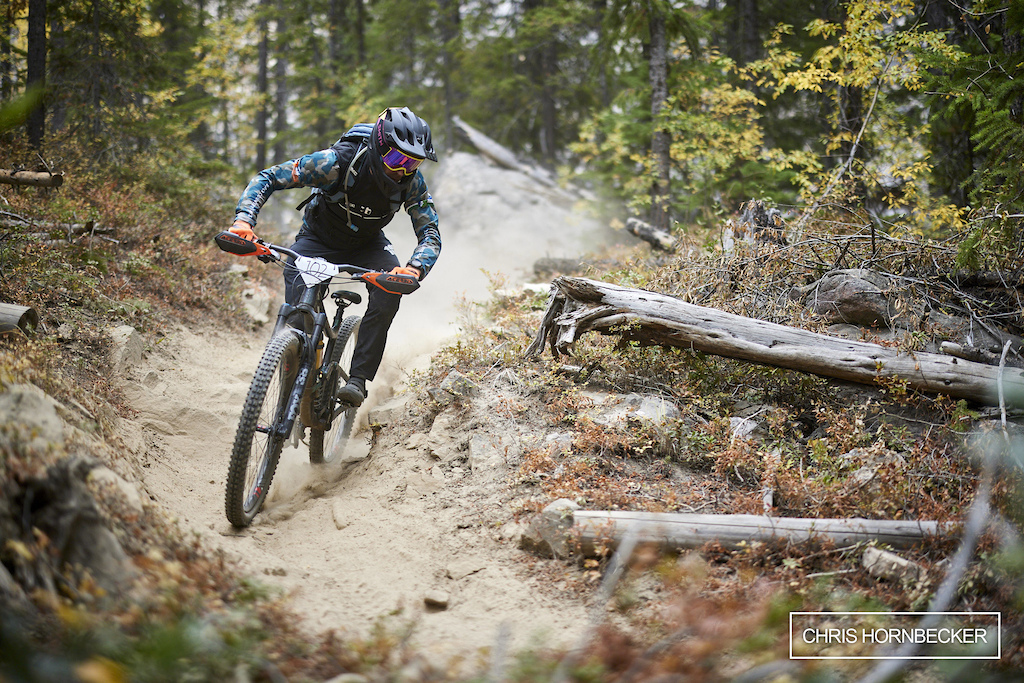 After a notable speech from the staff lead and Race Producer Alex Gardner, the awards were underway. Aaron Bradford was the obvious choice in the Go Hard category, as he climbed his way up to third overall on the last day. Myles Trainer came from behind to take the win in the Pro Men’s field, with Myles Morgan recovering from mistakes at the start of the day to finish second, less than nine seconds behind Trainer. "The last day I had a couple of mishaps on the first stage and fell over once. The last two stages I brought it back and clawed back a bunch of time," said Morgan. 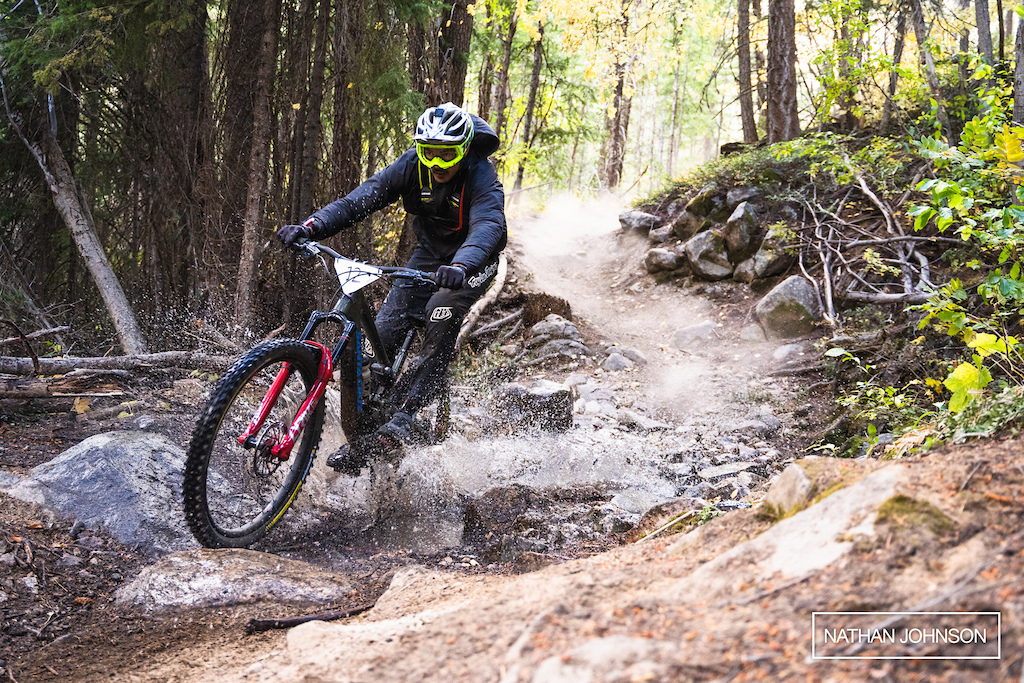 Jill Kintner took a dominant win in the Pro Women’s field, beating out Corinne Prevot (2nd) and Alicia Leggett (3rd) by over ten minutes. Osvaldo Olmos, Jason Hawkins, and David Marshall made up the Amateur Men’s Podium with Briana Valorosi taking the win for the Amateur Women. 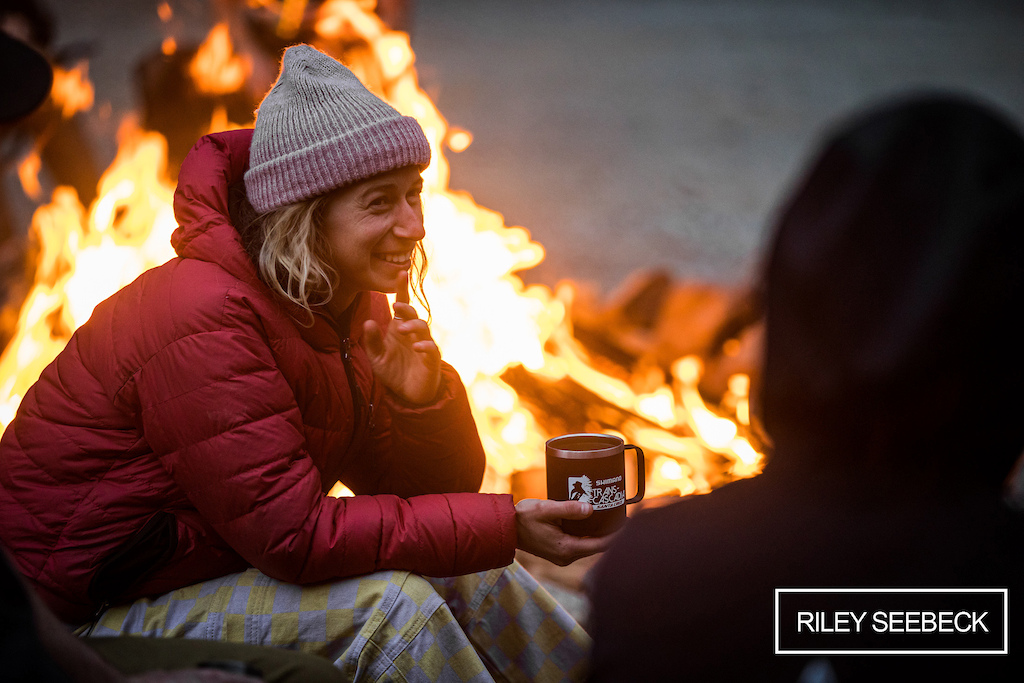 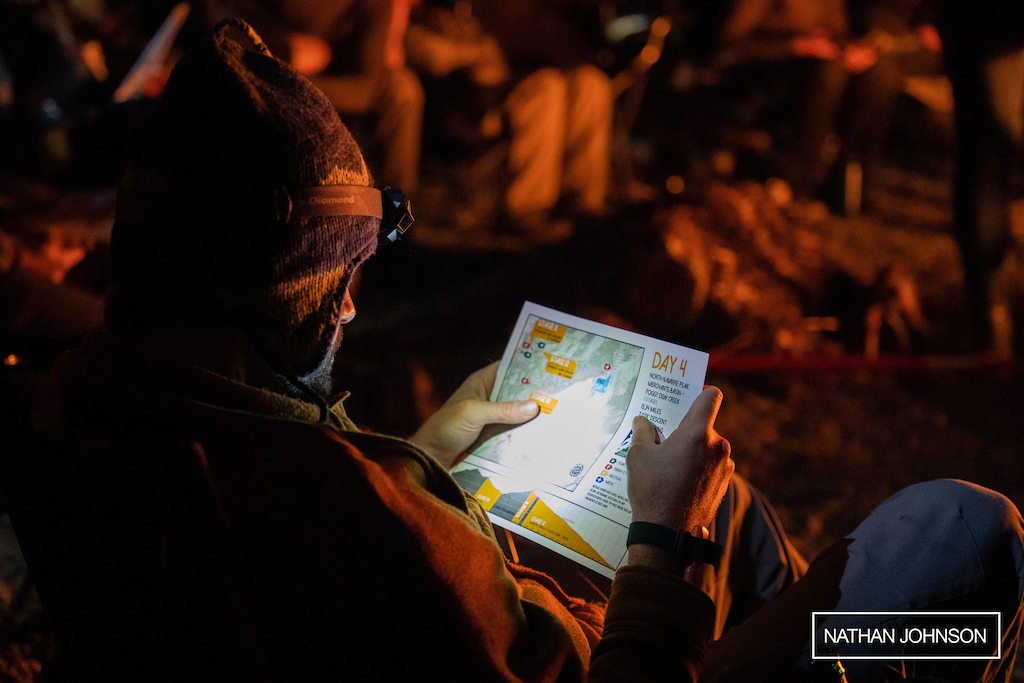 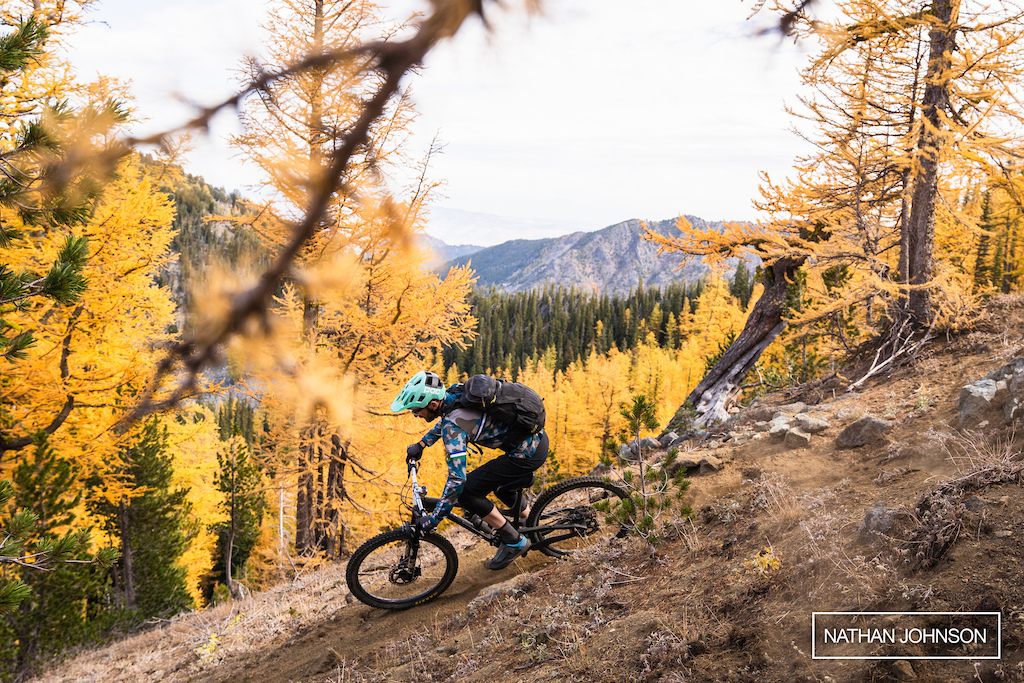 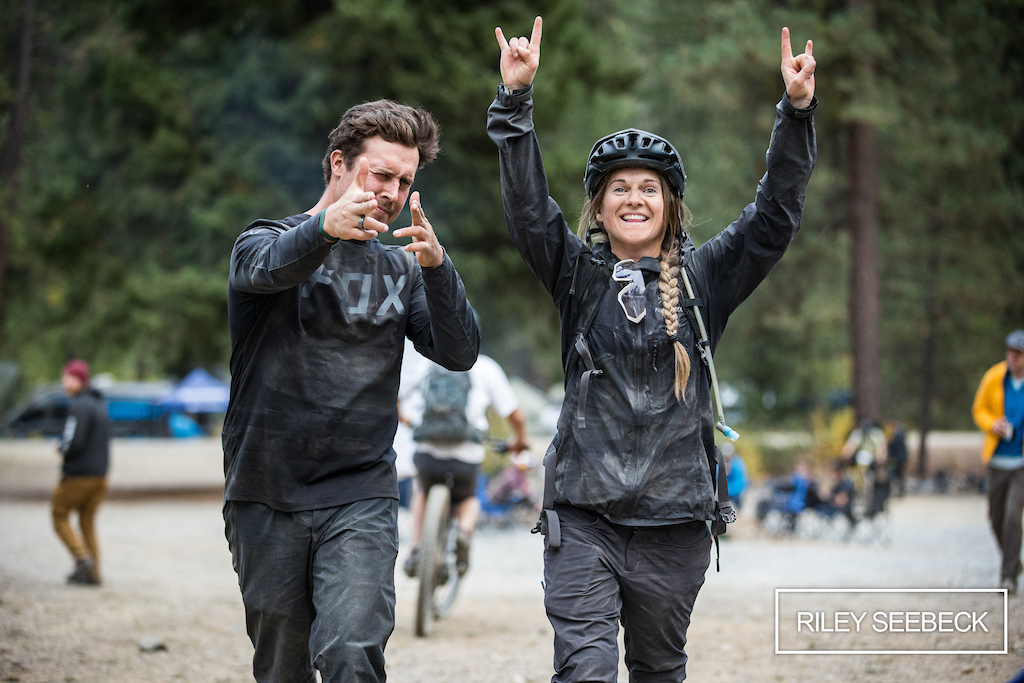 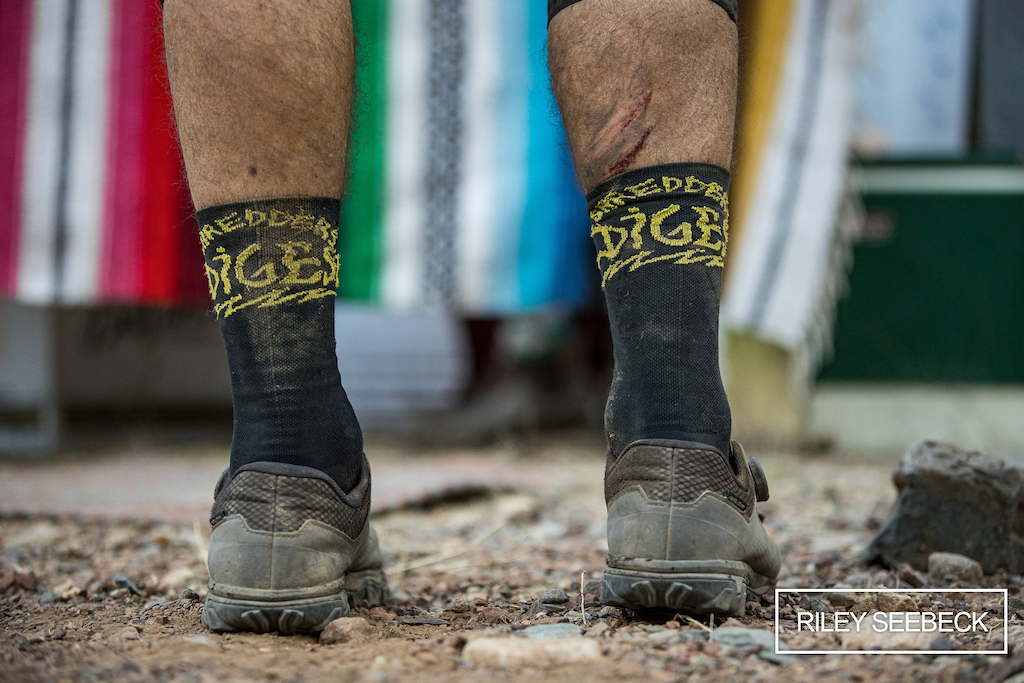 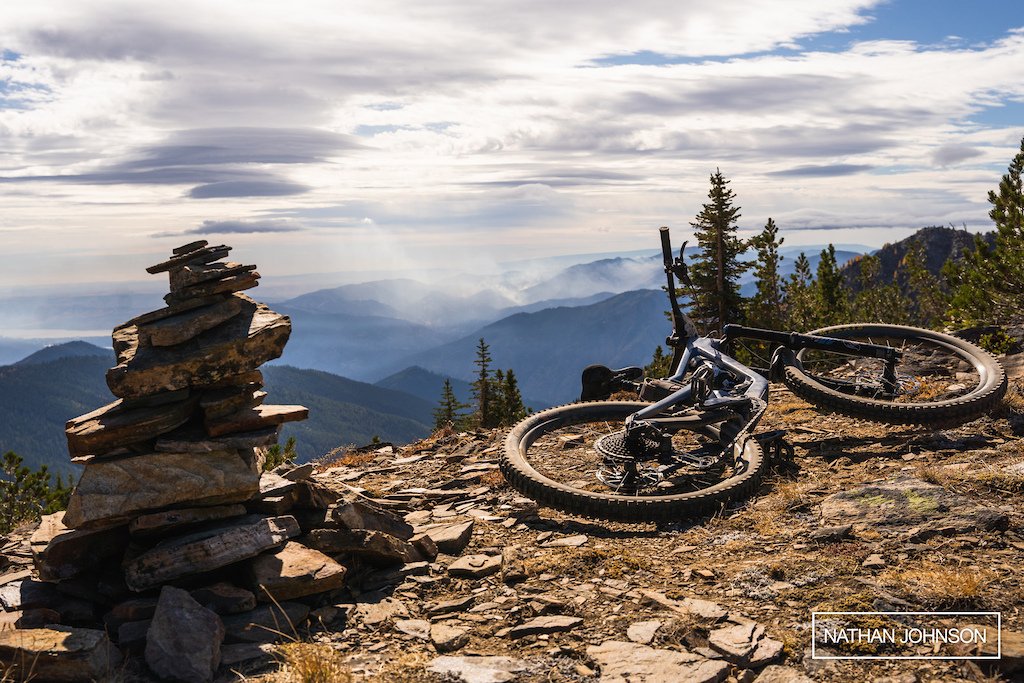 The Trans Cascadia crew and all the volunteers overcame so many obstacles to pull the event off. Everyone present expressed gratitude, and one final cheer rang out through the Okanogan–Wenatchee National Forest. Camp had become a community over the last five days on and off the trail, that shined through as the party in the woods raged on all night with folks jumping over the fire for dessert. 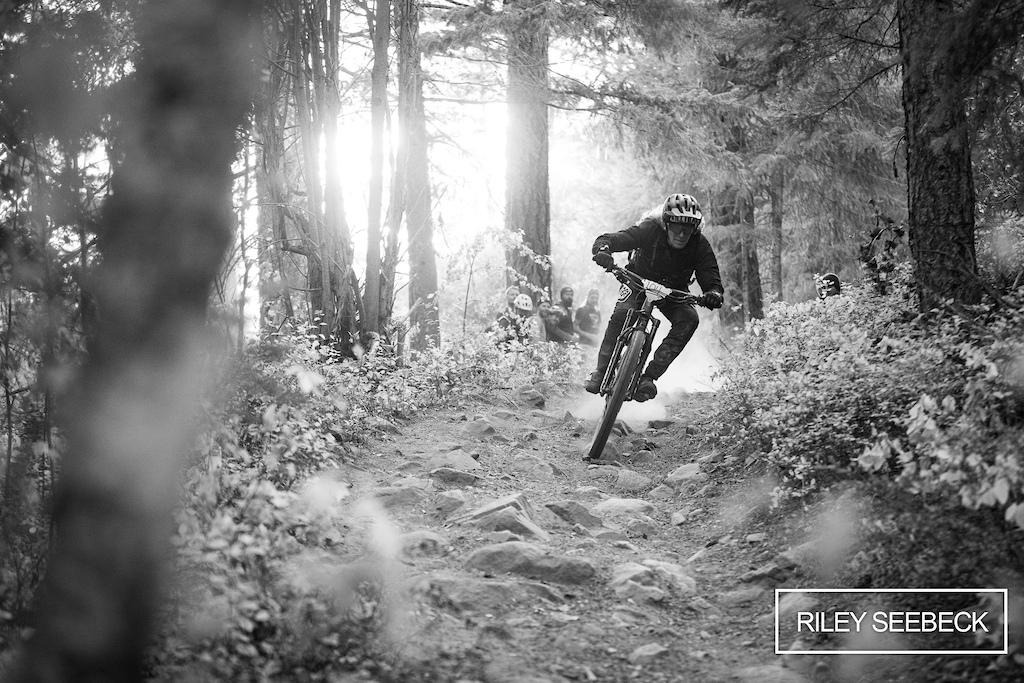 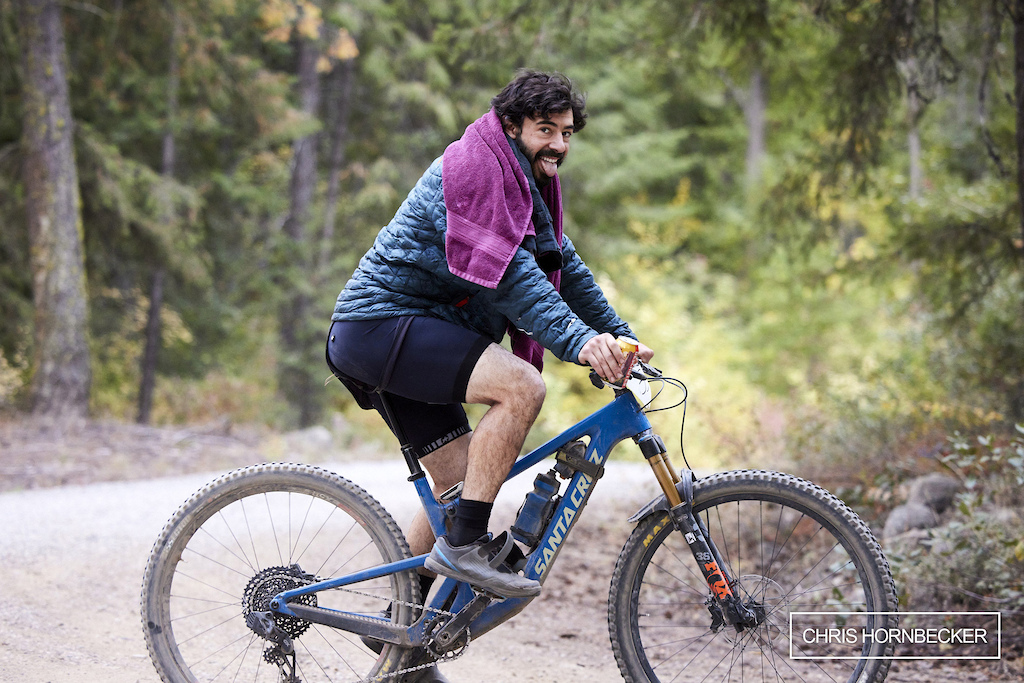 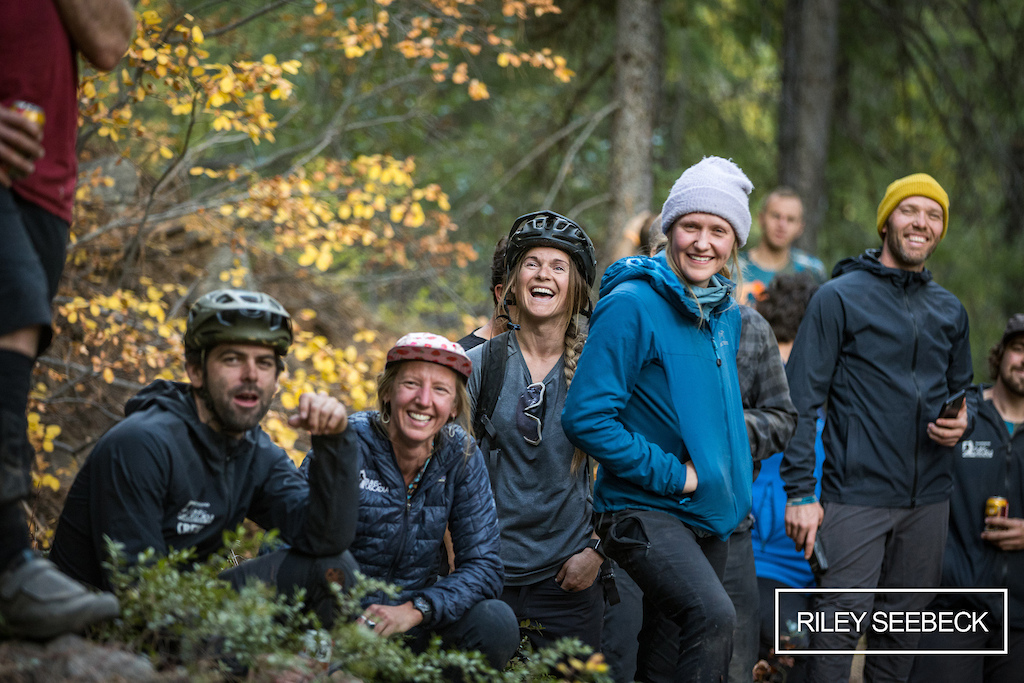 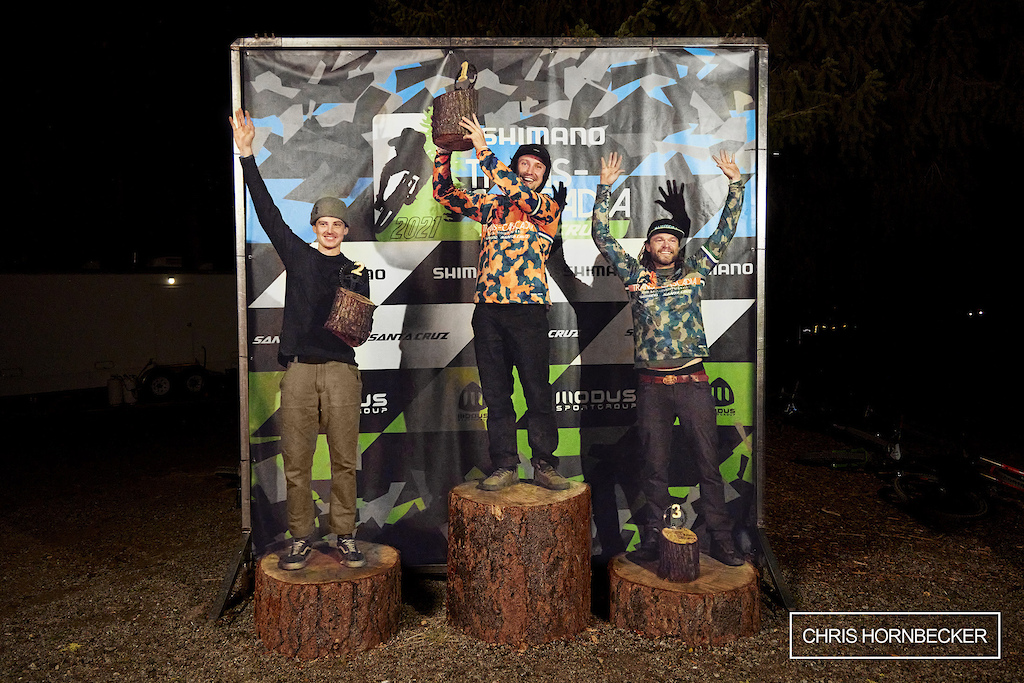 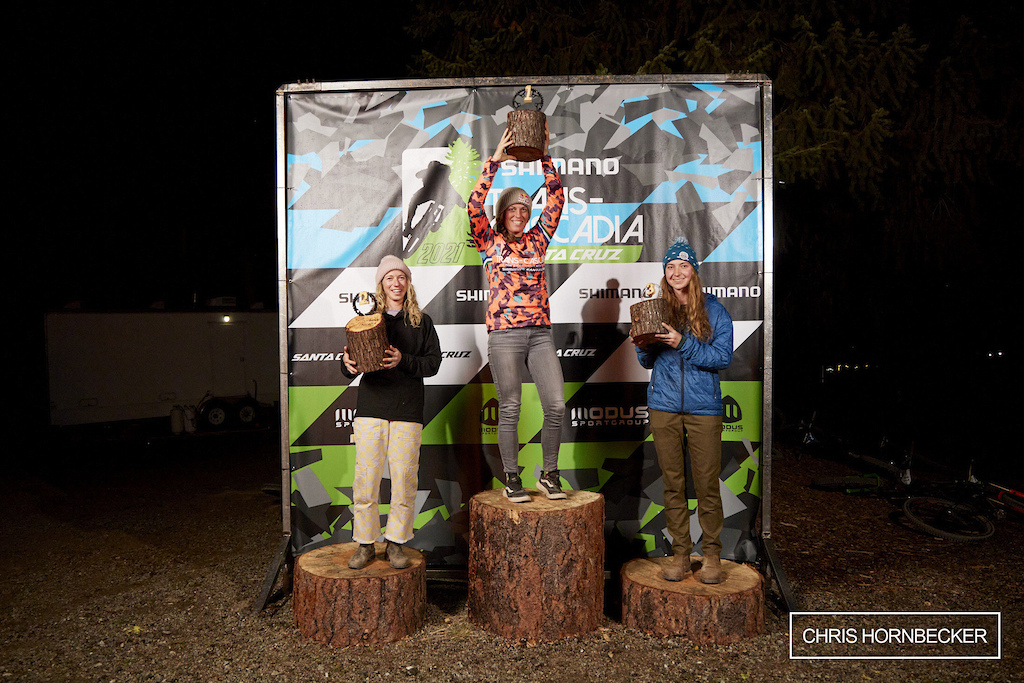 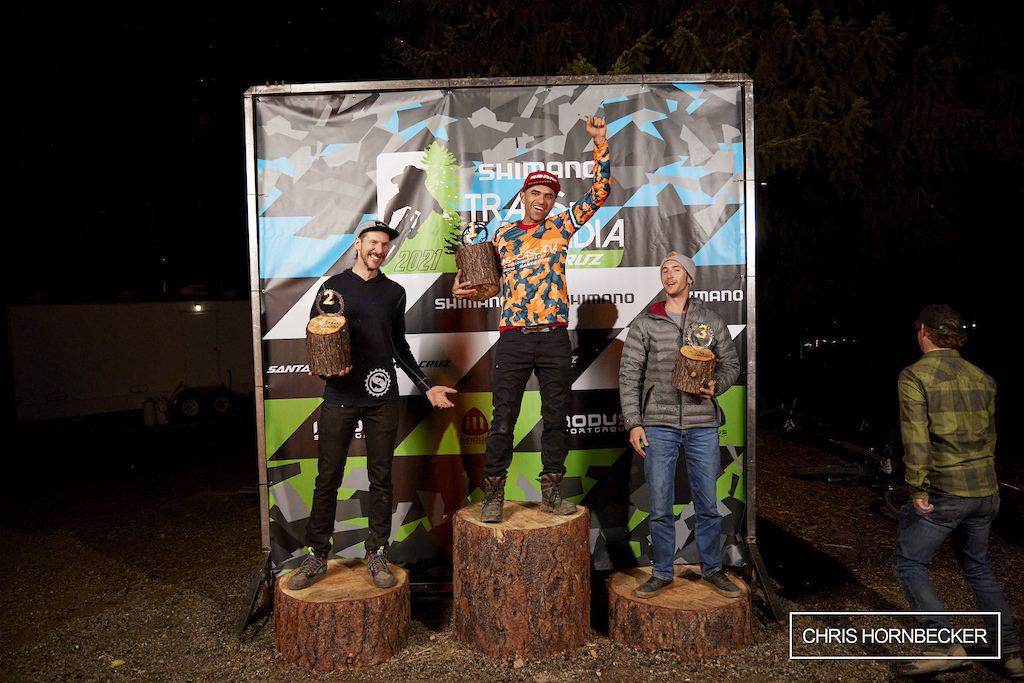 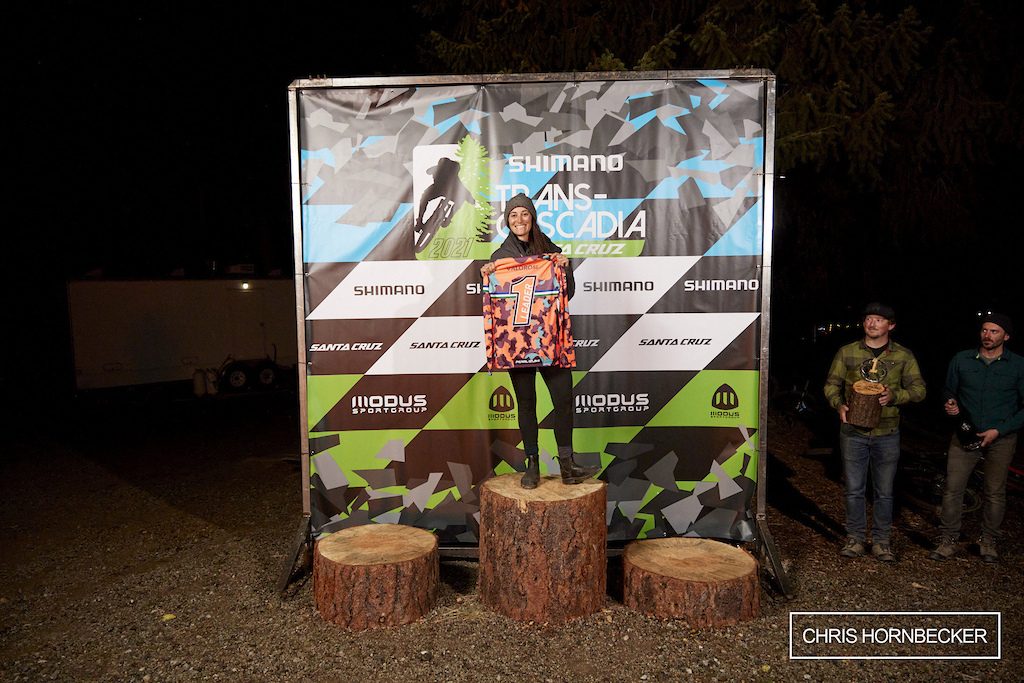 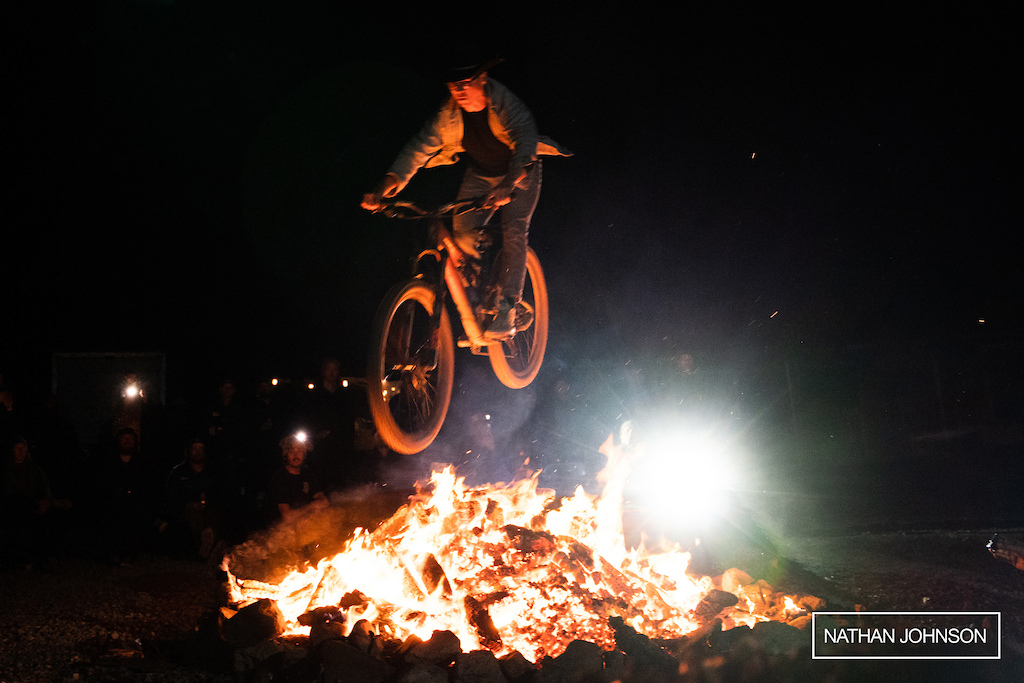 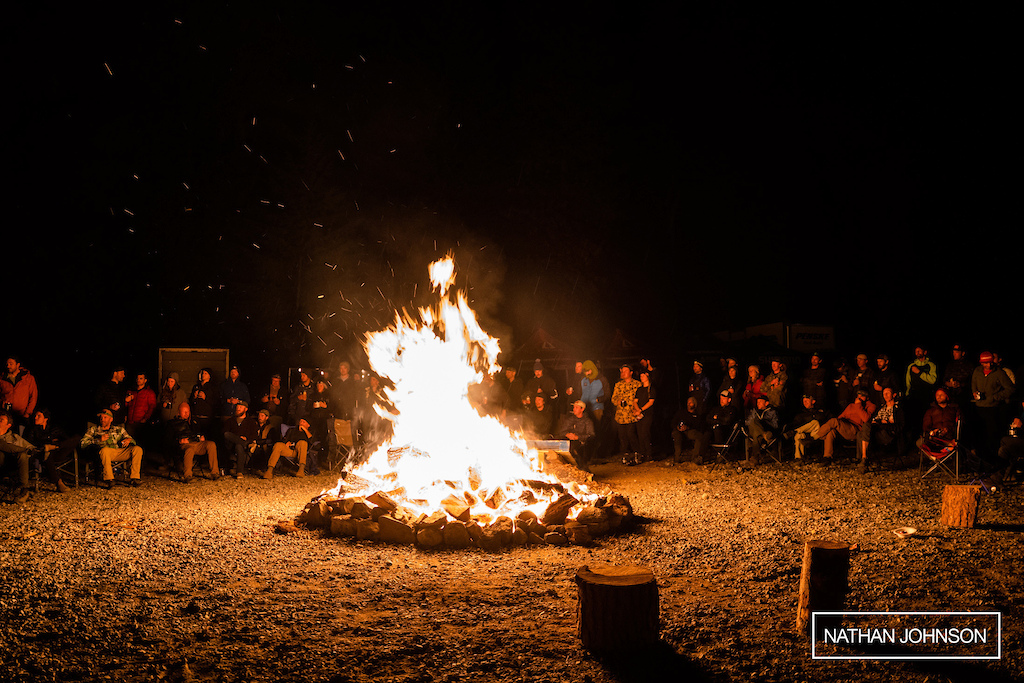 Trans Cascadia would like to thank the racers, photographers, volunteers and National Forest Service for making this race happen!

This event is under a special use permit of the Okanogan–Wenatchee National Forest.

It was a wild experience. Probably more hike-a-bike in 4-days than I've done in the rest of my life, also more beautiful alpine scenery than I've ridden through in my life, and a bigger dose of chunky rock, steep descents, shale and moon-dust than I've ever had.

I was way-under-biked on a Smuggler, which I think was the shortest-travel bike in the race. I knew I'd be under-biked, didn't realize HOW under-biked I'd be. In the words of Jill Kintner, "Stage 1 was the jankiest thing I've ever raced."

This was my first TC (the only other stage-race, or race period I've done is the BCBR). A few repeat riders said this was both the most climbing/hike-a-bike, and most technical riding the TC has had.

The race's vibe is great. Way more laid back than the BCBR. I remember at our rider's meeting for the BCBR, we literally got told how to correctly apply Chamois cream. About the only health and safety advice we got for the TC was, "There's no heli-LZ anywhere on today's stage, which means if you can't bike or walk out, we're all carrying you out, so maybe dial it back to like 98%."

Between COVID and the fact that half the planned course burned a month before the race start, it's amazing that the organizers were able to put together the experience they did. I'm not going to say it's my new favorite riding area, but it was a great experience. I cannot imagine the amount of logistical headaches, planning and last-minute changes the TC crew has had to deal with. The volunteers were over the top too.

The format's also cool for riding with pros. You feel less bad about hiking when you see Kabush doing it ahead of you, though, more bad about your downhill speed when you watch him or any of the others come through. They were all fun people to be around.

The food was good. The beer flowed like wine. The beautiful cocktails flock to the campfire like the salmon of Capistrano.

I'd love to race another TC, though I'll try and pick a year that's got some more loam, and less shale and moondust. And I'll definitely bring a bigger bike.

gilby82 (Sep 28, 2021 at 9:11)
It was a great time. I thought the 2019 race in the Gifford Pinchot was tough...it was a walk in the park compared to the mountain climbing I brought my bike on this time. I'll be back, and hopefully in better shape.

atourgates (Sep 28, 2021 at 11:10)
@KellChris: Honestly, this was pretty much a more-is-better race, besides the weight of the bike that had to be carried up hike-a-bikes. If I could have stolen any other racer's bike, it would have been the Transition Spire I saw out there. I think 170/170 would have eaten up a lot of the chunk and chatter we were blasting through. (Though again, blasting is a strong term in my case).

There were a few Sentinels, a good number of Offerings and a couple of Wreckonings. Kabush brought an SB 150. There was a guy riding a 150/160 Mullet Bronson that absolutely ripped. At least one SB6 (though the rider mentioned wishing he had 29" for some of the big rocks, though I think you'd probably need 36" wheels to roll some of that stuff easily). Some Ripmo's, and one Ripmo AF.

I didn't do a survey or anything, but I'll bet the average rear travel on the race was probably over 150mm.

There was hardly any timed climbing or flat sections, except for the very last 7-mile stage that had a few hundred yards in it. The majority of the stages were pretty steep, with a good number of fall-line sections. And even the little bit of flow we got (basically the second, and last stages of the race) was broken up with rocks.

Abnormal year for sure, the rock gardens and chunk was no joke, but generally based on my experience and the conversations with others, 130/150 is a good compromise in normal years.

I have experience with some of the original route intended this year (pre fire) and it was not nearly as janky, I think a smaller bike would have suited that zone much better.

gilby82 (Sep 28, 2021 at 10:31)
It would be cool if they added the hours column to the results so they actually made sense to people that weren't there. Add 1 hour to the pros/top amateur's times and a 2 in front of the ones that look like they finished the race in 1-6 minutes...
Good times were had by all...most.

Tomford (Sep 27, 2021 at 20:44)
Heck yeah! So much Fomo! Congrats to the racers that endured the weekend! And congrats to tc for pulling this off after changing locations at the last minute.