Details Announced for the Pump for Peace - Velosolutions Racing Team

Join Pinkbike  Login
Connecting the world one rider at a time

Pump for Peace, a global initiative founded by Velosolutions with the goal of making cycling accessible to all, is proud to announce a new racing team as an extension of Pump for Peace’s activities on a global level. Riders were selected from countries vulnerable to marginalisation and discrimination (as a consequence of social, cultural, economic and political conditions) and will participate in upcoming International events.

In 2022, the team will consist of Faranak Partoazar from Iran and Tumelo Makae from Lesotho, they are both multiple national champions and pioneers of the sport in their respective countries. They have shown great resilience to overcome many hurdles to do what they love. The team will be managed by founder of Velosolutions and Pump for Peace, Claudio Caluori and Swiss professional marathon racer, national champion and 5 x Cape Epic winner, Ariane Lüthi.

The aim is to take down as many barriers as possible for the future generation of mountain bikers in their countries around the world.

“The idea of a Pump for Peace racing team has been there for a while, but we didn't actually plan on making it happen already for 2022. When Ariane found out that Faranak was struggling to register for the World Cups, she called me just two weeks before Christmas, while I was laying asphalt on a pump track at the Syrian border in Turkey: - Why don’t we register a UCI team to get Faranak to the World Cups? As you can see, I agreed, and as you can imagine, this was a tiny little bit late to look for sponsors, which is why we are announcing them as soon as we've found them.” Claudio Caluori 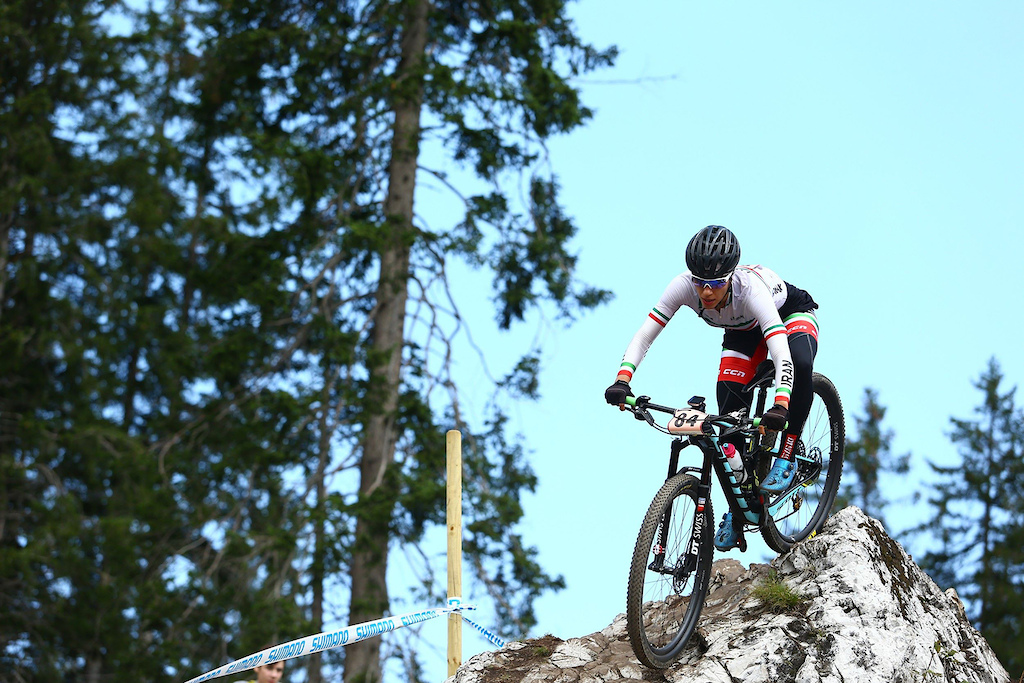 Faranak’s battle started long before she could even compete on a race track, she had to fight passionately for the right to ride a bike freely as a woman in Iran. Her determination and persistence challenged and changed the negative attitude toward women cycling in her country. Finally starting her professional career in 2014, she has won all National titles and races in Iran, many International races as well as the first ever medals in Asian Championships representing Iran, the first in the history of the country for women and has relentlessly been pushing to change cycling perspectives to women in Iran and beyond. 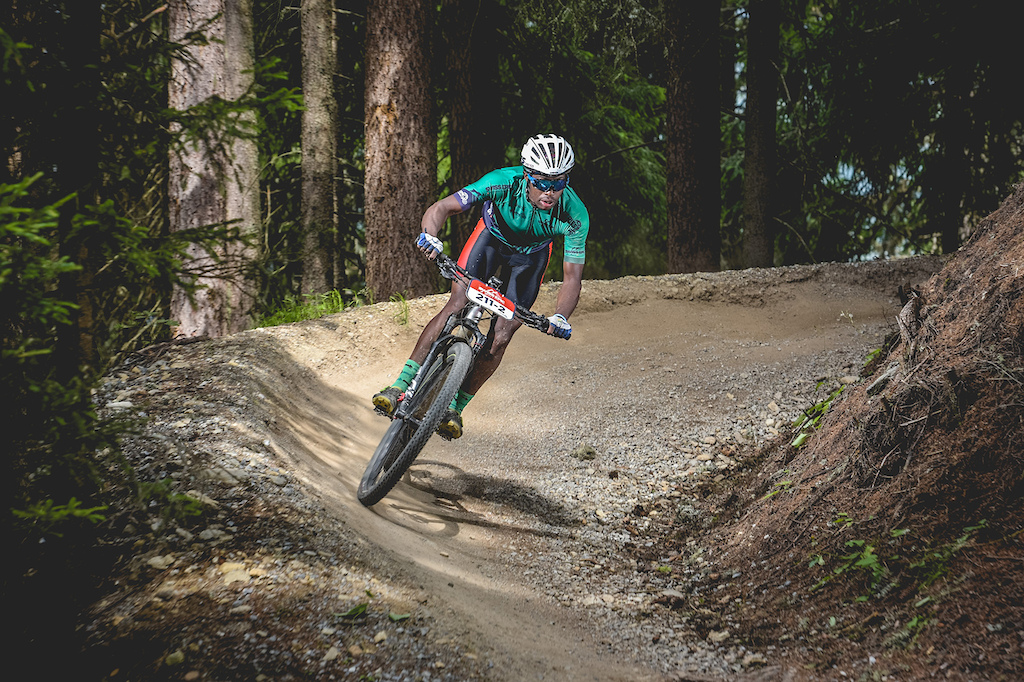 Tumelo is 26 years of age and hails from Lesotho, ardent about racing bikes mainly MTB (XCO) he is 5 x Lesotho National Elite Champion, a silver medal winner at African Championships 2017 (U23 category) and already joined the winning pairs team for Pump for Peace along with South Africa’s Cherie Redecker at the Swiss Epic in 2020. 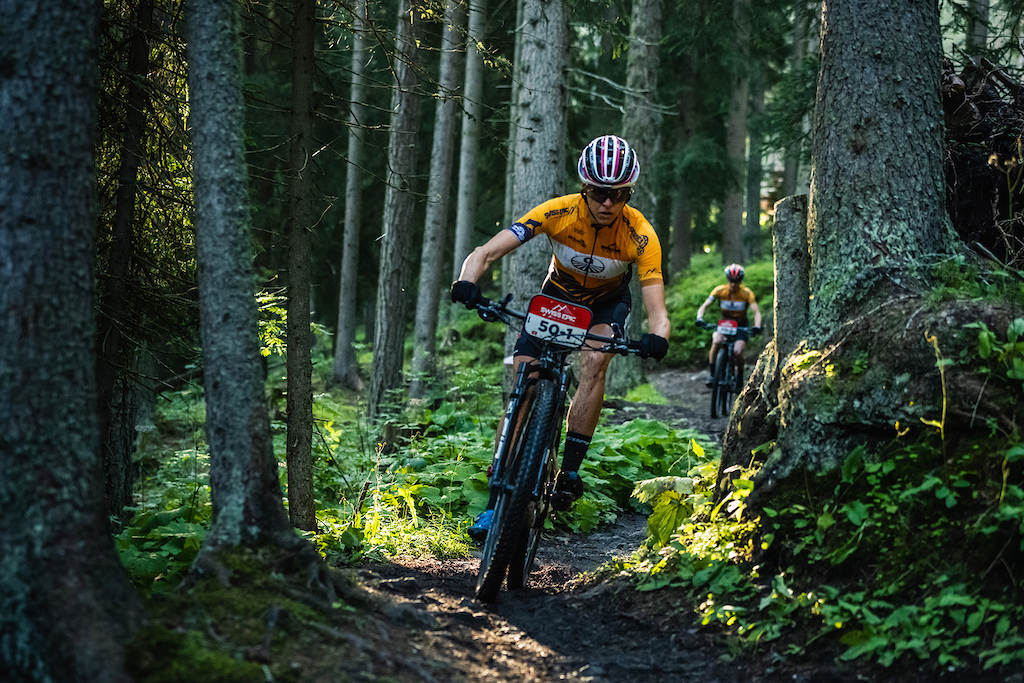 Ariane is not done with her career and apart from co-managing the team she will keep racing on the highest level with Pump for Peace on her chest. She is a multiple winner of the most challenging mountain bike stage races in the world, including the Absa Cape Epic, the Cape Pioneer Trek and the Swiss Epic. She has finished 6th, 5th and 4th at the UCI XCM World Championships, and on the podium in third in 2020. However, Ariane is not only a valuable asset for her performances on the bike but in her inspiring role as an ambassador for equality and fairness in sport wherever her international racing calendar takes her. Promoting women’s cycling is another of Ariane's passions which she pursues tirelessly, recently joining the rider council of the women's riders' union, The Cyclists’ Alliance. Ariane also regularly donates time and fund-raising efforts to a number of charities in her adopted home of South Africa.

Other athletes in the Pump for Peace world 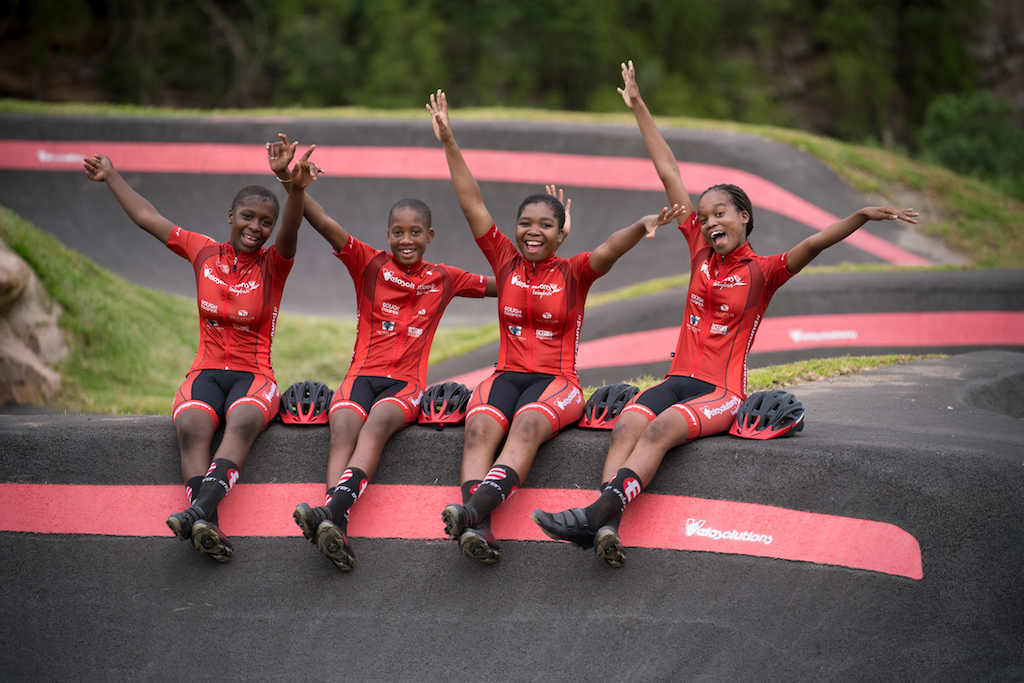 Velosolutions joined forces with Peschl Sports and the GO!Durban Cycle Academy to empower an all female team of young riders called “Velosolutions Izimbali '' in 2019 in KwaZulu Natal, South Africa. Previously there has been little to no support for African women in cycling, and there has never been a team solely dedicated to the advancement of black female riders. Not only is this beneficial for the empowerment of individual athletes and for the growth of cycling on the African continent, but it also has a knock-on effect in their local communities where they become role models for other girls to believe that they can achieve their dreams. Cycling is not seen as a “girls” sport in typical township communities, but these ladies are defying stereotypes and changing perceptions of what is possible with hard work, determination and the right team of support around you. 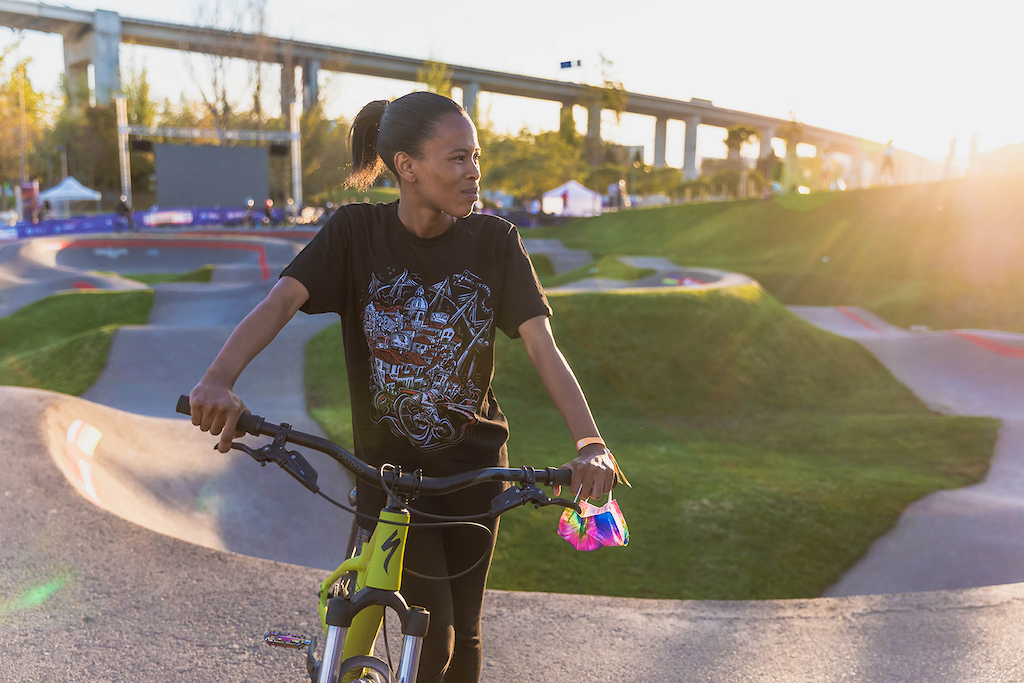 There are many great personal narratives and triumphs that have originated since the construction of the Velosolutions Pump Track in Roma, Lesotho as a part of the Pump for Peace initiative in 2017, but Khothalang Leuta broke more than traditional boundaries and stereotypes when she became the first local female Lesotho rider to win a Red Bull UCI Pump Track World Championships Qualifier in 2019. She has since gone on to compete in the World Final in Lisbon in 2021 and there is a lot more to come from this special individual.

The Pump for Peace and Velosolutions vision remains the same, connecting the world one rider at a time to facilitate building a brave new world through sport. One where there is more joy, more health, more equality, more acceptance, more tolerance, and even if that is just one step a day in the direction of that brave new world. It is a step worth taking daily. This is our next step.

The title made me think about another concept though: how about an event where x amount of money will be funded for every lap selected athletes can pump through a pumptrack in one go. Maybe even make it a global event at every velosolutions pumptrack or a pre event at crankworks pumptrack races.

HGAB (Jan 20, 2022 at 6:09)
Huge kudos to Claudio and Ariane for doing such important work, and best of luck to the riders, who I hope have great success in the coming seasons!

endoplasmicreticulum (Jan 20, 2022 at 6:14)
Great to see riders from countries that usually fly below the radar (cycling wise)

DanKaplan (Jan 20, 2022 at 17:08)
Boy do I feel worthless. This is such a heart warming story that the spot where my heart would be just ticked up a few degrees. This is inclusion on another level. I am looking at the picture of those young women in South Africa and their decent kit with their smiles on their face and thinking how great it is that they now have an opportunity to race with lots of support. I hope all of the racers have great success at whatever level they are racing.

crazy-canuck (Jan 20, 2022 at 5:49)
So hard to know what to comment when not being sarcastic or punny. ELE! Everybody Love Everybody! Kudos to Team Pump for Peace

ticoslayer (Jan 20, 2022 at 16:34)
Love any step that brings cycling to more people and more children across the world. Bravo!

danielenduro5 (Jan 20, 2022 at 7:33)
I’m not criticizing anyone but I’ve never seen code rsc’s on a p3…. Seems a bit overkill to me but different people have their own preferences
Below threshold threads are hidden

ridestuff (Jan 20, 2022 at 9:12)
Do some research. Women are second class citizens in a lot of countries still unfortunately!