Reigning downhill World Champion, Camille Balanche, has confirmed she will be racing with the Dorval AM team for another 2 years.

Balanche announced she was joining the Dorval team at the end of the 2019 season after racing her first full season as a privateer when she had earned 2 podiums and a second-place at Crankworx Innsbruck. 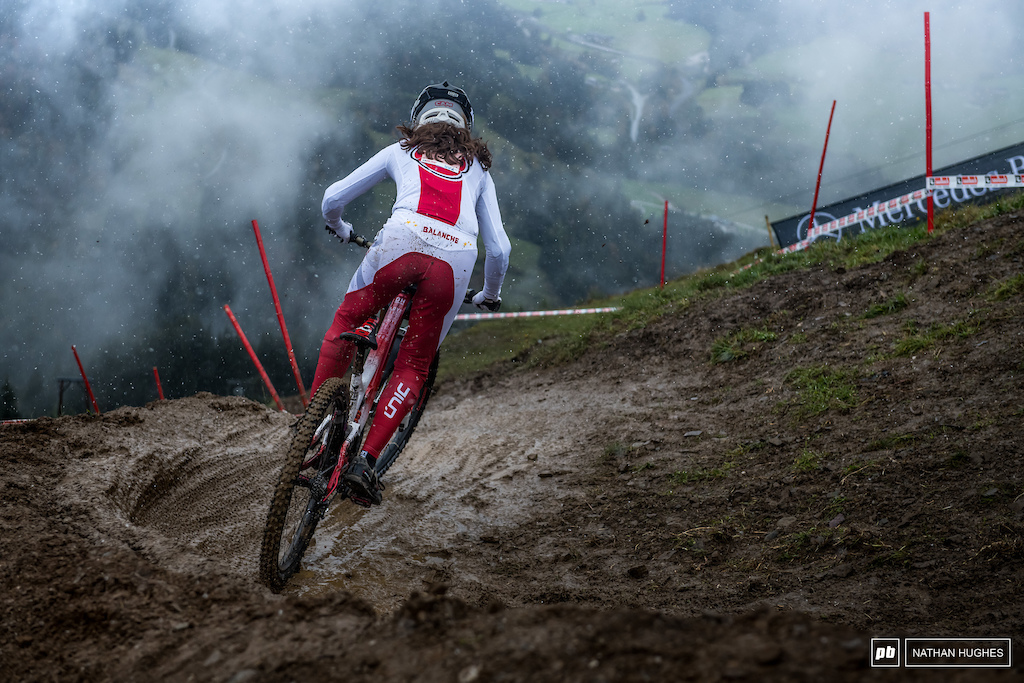 The Swiss rider more than justified her place in the squad as she was crowned World Champion in the snow and slop of Leogang. She also won the Swiss National Championship two weeks later and topped the season off with four strong World Cup top tens on her way to eighth in the overall standings. She also won one round of the French Cup in Metabief earlier in the season. 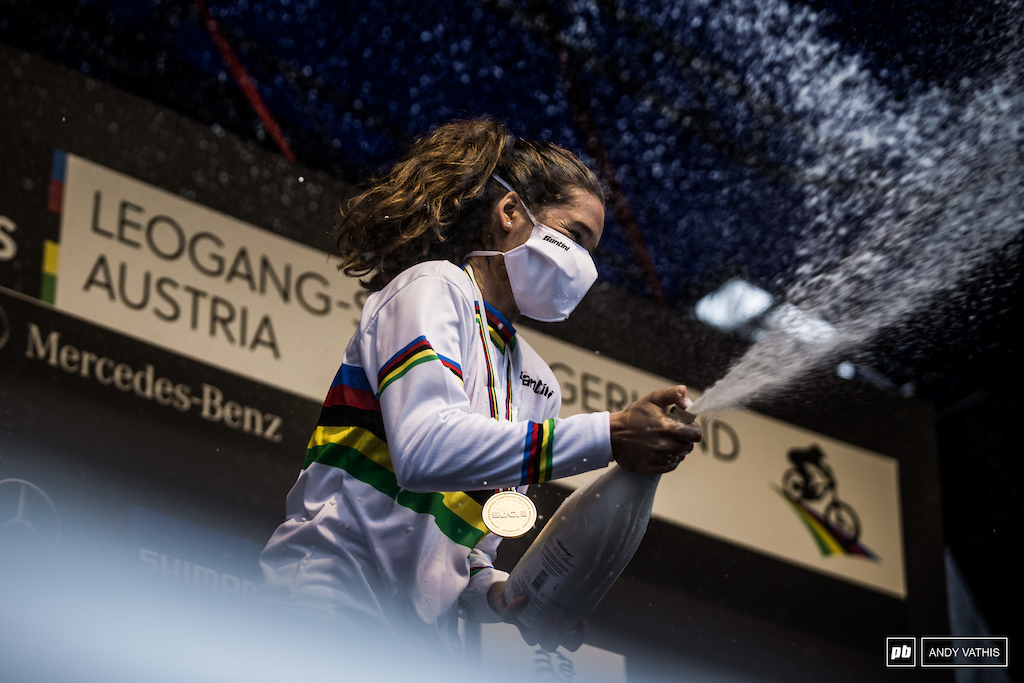 From her Instagram post confirming the news, it looks like Camille and the rest of the team will be racing on Commencal bikes again next year too. There's currently no news on the rest of Balanche's teammates - Melvyn Baillon, Lauryne Chappaz, Benoit Coulanges, Monika Hrastnik, Jules Picod, Baptiste Pierron, Emile Rilat and Mariana Salazar.

BiLKiNiS (Nov 26, 2020 at 13:46)
well since there was only 13 women at the start of the world cups (for the first, 11 for the 2nd and 3rd and 9 for the last one) it would not have been difficult doing a top 10 at each world cups.
I'm not dismissing the perfomance of Camille here (she did a very good run at leogang) but the false hype that some commentator or journalist are trying to do

flaflow (Nov 26, 2020 at 15:38)
Yes every stat from this year is subject to realizing it was a very exceptional circumstance. While true, that doesn't change who won the racing. Balanches (and all the) results are what happened in some great racing. Short series and abbreviated field, but I think we can agree some great racing.

uponcripplecreek (Nov 26, 2020 at 15:52)
Pretzel logic there. Racing a WC DH course is extremely difficult. It would definitely have been very difficult to finish top ten regardless of the number of entries. I think you also understimate the logistics challenge of showing up at each race and the commitment required to do so. If I were in her palace I would find your comment insulting, at least insensitive.