Join Pinkbike  Login
There are plenty of contenders ready to take out the World Championships in Cairns this weekend, but there is one rider that is perhaps a little less in the limelight for it. Sure, we've got Myriam Nicole, whose rolling into Cairns on the high of her best season to date (and her first full, injury free year as a pro), with the overall in the World Cup hers for 2017. Then there's hometown hero Tracey Hannah, who, like Nicole, has had a really strong season and has no doubt had the World Championships in her own backyard as a priority for at least a couple of years. Let's not forget Rachel Atherton either, who, despite a shoulder injury has still been up there in the results and is surely looking to defend her World Champion status.


So where does this put Tahnée Seagrave? The FMD rider has won three World Cup races in 2017, including the last two of the year. The Mont-Sainte-Anne race went down on a course where conditions were the toughest on the circuit, so we know she can take the hits, and following that up on the brutal track in Val di Sole only proves that Tahnée has the fitness and the skills to take wins on hot, dry, blown out courses, which the Cairns World Champs track could well end up being. Will she continue her strong roll into the weekend in Cairns? Time will tell. 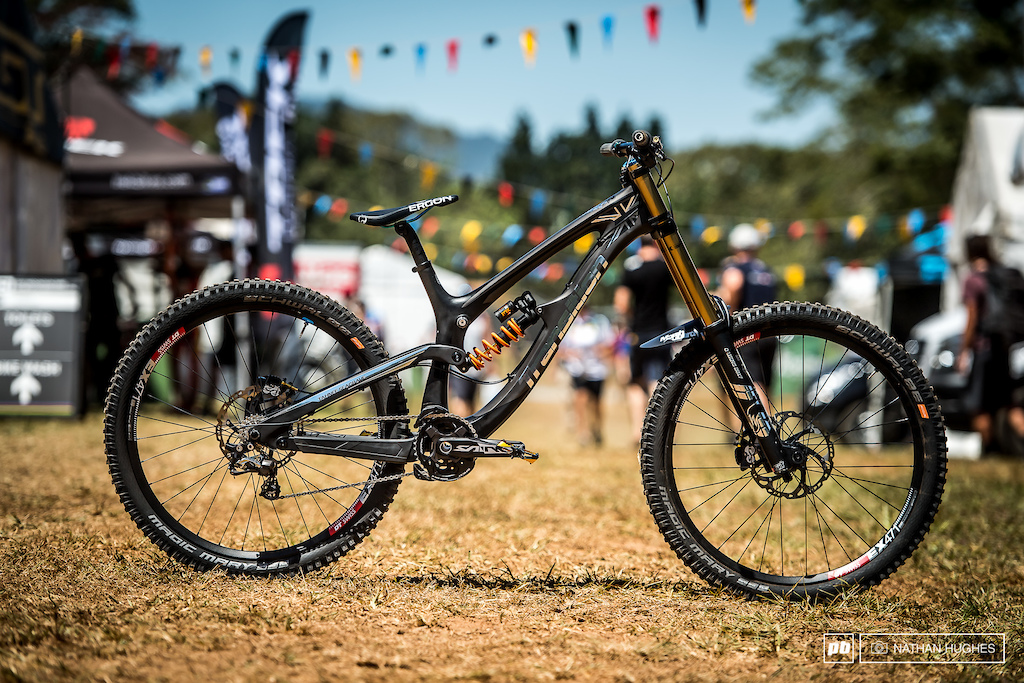 Seagrave's Transition TR11 is looking less attention seeking than others, but still, it commands attention.

kerberos (Sep 7, 2017 at 11:41)
@src248: Media feel they need to give us something, since filming is not allower in Cairns on track. Which is true, since we all are lusting for articles and news with world champs only a few days ahead!

tinfoil (Sep 7, 2017 at 20:59)
Notice how this was posted on the Pinkbike staff account. They know it's garbage - that's why nobody wanted the byline

the title acts like their gonna be talking a lot about Tanhee Seagrave and then they barely talk about her!!!!

src248 (Sep 7, 2017 at 11:19)
I feel like people are underestimating Rach. She was a ways back last race but that track would've been hell with her shoulder. More time to heal and a smoother track means I think she's got a serious chance of going back to her winning ways. They said, I'd love to see Tahnee or Hannah take it

anchoricex (Sep 7, 2017 at 12:33)
@src248: I'm recovering from an injury right now. I can already feel pain trying to lift my arm up from the shoulder muscles/tendons atrophying from trying to use them less to allow my injury to heal. Realistically I'm looking at months of rehab to get back to 100% once the injury itself is healed. I honestly don't expect Rach to be at 100% yet, quite frankly its f*cking savage that she's still racing. I bet she'll be back next season 100% and will probably resume massive leads over everyone else.

colourclashing (Sep 7, 2017 at 12:57)
i really hope she wins or at least gets better than 3rd, just as she does seem like the person to take the stripes from rach, and we kinda need something like tahnee winning to help get over manon's retirement, although i'm just going to be stoked if anyone takes the stripes from rach this year.