Donate $5 and You Could Win a Santa Cruz

One lucky donor will ride away with a new $9,500 Santa Cruz bicycle in the Mountain Bikers of Santa Cruz’s (MBOSC) “Ante Up for Trails” campaign. Donors receive one entry for every $5 donated to the MBOSC between now and November 13 when a winner will be chosen. The winner then gets to pick the production Santa Cruz bicycle of their choice as the prize. Donations can be made at www.mbosc.org/anteup!

“MBOSC has already made some amazing progress for mountain biking in this area, and we’re stoked to support them with a bike for this campaign,” said Santa Cruz Bicycles COO Joe Graney, noting that a similar effort netted more than $40,000 for MBOSC last year. “Their plans to bring new singletrack and events to our hometown is great news for our employees, riders in the region, and riders from around the world who visit tour our solar-powered bike factory, and ride the trails right out our front door." 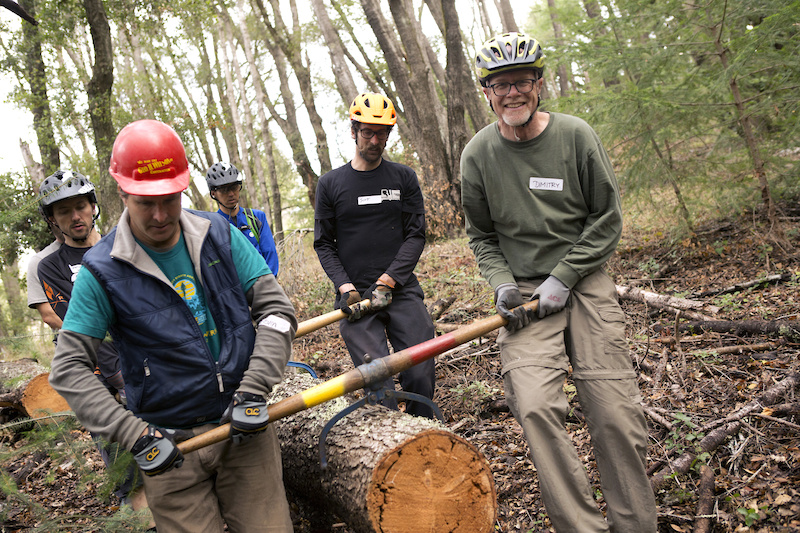 MBOSC continues to work towards its vision to make Santa Cruz County the premier place to be a mountain biker through advocacy, trail construction, maintenance, and world-class cycling events. Some of the current projects include:

• New 30+ Mile Trail Network in San Vicente Redwoods: MBOSC took a leading role in the design of a 30+ mile trail network that is scheduled to begin construction in 2019.
• New Trails in Pogonip, Harvey West, and DeLaveaga Parks: MBOSC is working closely with the City of Santa Cruz to incorporate new mountain bike opportunities into city parks, including a directional downhill mountain-bike trail and new multi-use trails to improve connectivity.
• New Dirt Jumps and Pumptracks: MBOSC is currently working with Santa Cruz County to bring a new dirt jump facility to the Farm Community Park in Soquel, and with the City of Watsonville to bring an asphalt pump track to Ramsay Park in the heart of Watsonville. 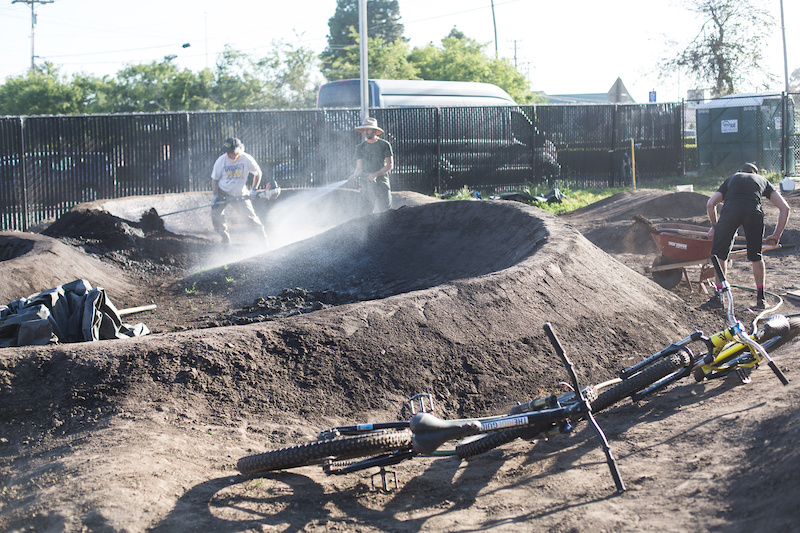 “Santa Cruz Bicycles has been pivotal in advocating for sustainable mountain biking here and around the world,” said MBOSC Marketing and Events Director Amanda Schaper. “They regularly contribute cash, product, and sweat equity to ensure the future of mountain biking, and we’re very thankful to have them as a partner as we work towards expanding sustainable trail access in Santa Cruz.”

Santa Cruz Bicycles support of mountain biking is well documented with a recent contribution of $500,000 to the forthcoming San Vicente Redwoods open space near Davenport, Calif., $75,000 to the Stafford Lake Bike Park in Novato, Calif., $20,000 annually to the Sierra Buttes Trail Stewardship in Downieville, California, and numerous other smaller cash and product contributions to trail projects around the globe. 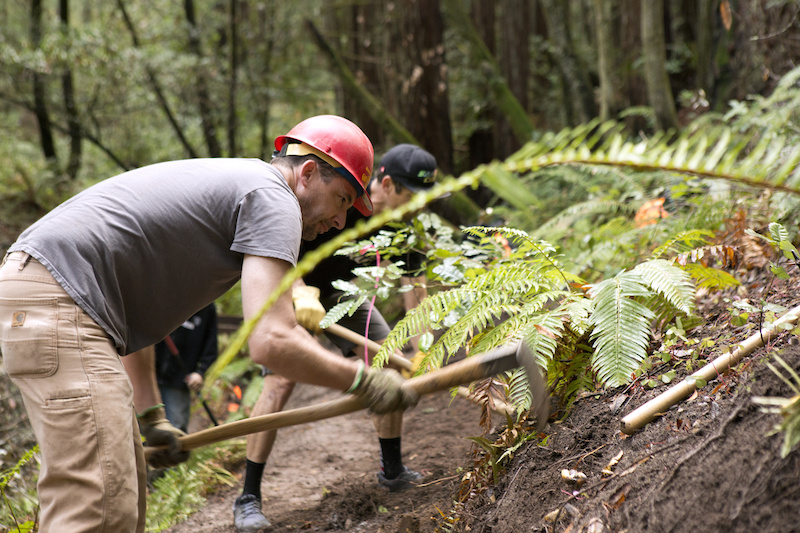 The Ante Up for Trails campaign is open worldwide until 11:59pm PST on Monday, November 13. Donate at mbosc.org/anteup!

forehead (Oct 17, 2017 at 13:31)
I’ll donate if MboSC decides to build a proper jump trail with 40 foot tables and berm presses instead of all those roller (flow) trails that Santa Cruz already has enough of.

dontcoast (Oct 17, 2017 at 15:28)
MBOSC has really stepped up in the last few years and are building bridges with land managers and other user groups in an exceedingly difficult political enviroments (sooo many NIMBYS here!)

Word on the street is they've got Big Basin/Castle Rock SP's on board for a bike-friendly version of Skyline to the Sea...I can't wait!

Thanks MBOSC and Santa Cruz Bikes.

CoffeeHouseMedia (Oct 17, 2017 at 14:39)
Saddened by the lack of support that Santa Cruz county and California as a whole, is giving the mtb community right now. Hopefully this will start to change things around.

zoobab2 (Oct 18, 2017 at 15:26)
I am going to Santa Cruz on Thursday and Friday, are there any members of the MBSOC club to recommend some trails? I heard there were wildfires those days in the area. Also want to pay SantaCruz bicycles a visit, and possibly rent a bike there.

MBSantaCruz (Oct 19, 2017 at 13:44)
Here's a map of Santa Cruz trails: mbosc.org/trails-in-santa-cruz. If you can make it out to Demo, we'd definitely recommend that. Flow Trail is so fun! Santa Cruz Bicycles has a Factory Tour at 2:30pm everyday, and it's a cool thing to do. They offer demos, but usually book in advance, so give them a call to see if you can reserve something.

zoobab2 (Oct 19, 2017 at 22:21)
@MBSantaCruz: I checked all their demo bikes here www.santacruzbicycles.com/en-US/factory-demo but they don't seem to have any L size of any model available, looks pretty fully booked. I will try other rental stores if that does not work out. Also, they seem to limit it to 4 hours, but that would be enough to be on time for the 2PM factory visit.

"Demo bikes are not to be taken to the Soquel Demonstration Forest."

bluntaaronr (Oct 17, 2017 at 10:54)
I couldn't find anywhere with information on the timeline of selecting/announcing winners for that one.

lightsgetdimmer (Dec 16, 2017 at 6:59)
Was I right or was I right? Thanks for the update MBOSC. Give us your money and not even the courtesy of announcing a winner

MBSantaCruz (Oct 18, 2017 at 9:35)
100% sure. As a partner of MBOSC, Santa Cruz is donating a bike to the winner, and all the proceeds from the campaign go directly to the work that MBOSC is doing towards gaining more trail access in Santa Cruz. Thanks so much to the generosity of Santa Cruz Bicycles!

suburbansasquatch (Oct 18, 2017 at 8:32)
If I remember right, they gave the winners name in the last contest they did with Ibis which was pretty cool. Hate it too when they don't annoyance anything, which most contest seem to do. Just getting some sort of confirmation makes me feel a lot better about these contest, wish it was more common.

suburbansasquatch (Oct 21, 2017 at 22:16)
@rvelasco24: They announced it through email on the last one they did. Remember nearly sh*tting myself as I thought I had won at first glance, but it was just them saying they had already contacted the winner and a appreciation towards all those who had donated.
Post a Comment