Raffle now closed. The raffle raised a total of $25,080.00. All proceeds of this raffle will go towards charitable causes that Jordie Lunn believed in so that his memory will live on.

Canadian born rider, Jordie Lunn had a varied career starting out as a successful DH racer later moving his focus to freeride. His raw talent led him to star in films such as 'Ride to the Hills', 'The Collective' and ‘ROAM’, alongside competing at Crankworx, Red Bull Rampage and almost every other pioneering freeride mountain bike event. 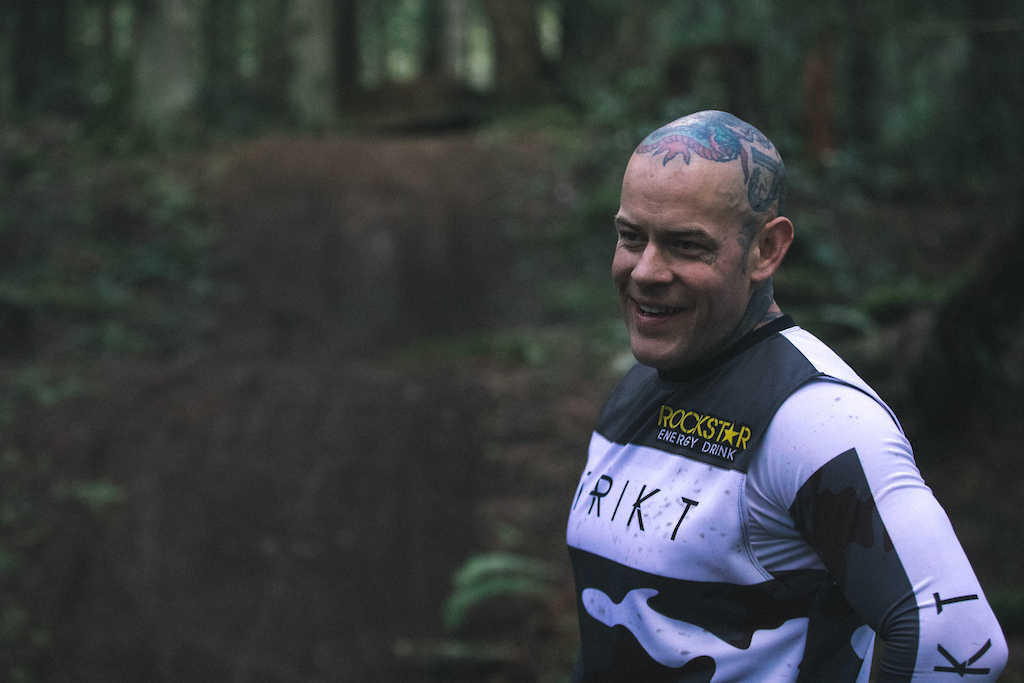 In recent years Jordie moved his attention to his own video projects such as the 'Rough AF' series alongside appearing at Fest Series, Rampage and many others.

Jordie was due to start work on the new 'Rough AF4' video upon his return from a trip to Mexico. Sadly, Jordie passed away on October 9th 2019, following a crash while trail riding in Cabo San Lucas.

There had been lots of communication between Jordie and his many sponsors before his trip about a one-off designed bike and jersey to feature in the video, which would complement his intimidating appearance, gentle nature, and Canadian roots.

Following Jordie's untimely passing, both his family and sponsors felt creating this bike and jersey in memory of Jordie would be a fitting tribute and a fantastic opportunity to raise funds to support matters that were close to his heart. These will include, but may not be limited to; helping children with cycling and coaching opportunities, cycling facilities, supporting brain health and injury research to help avoid further losses in sport and funding research to better understand post-concussion brain injuries. 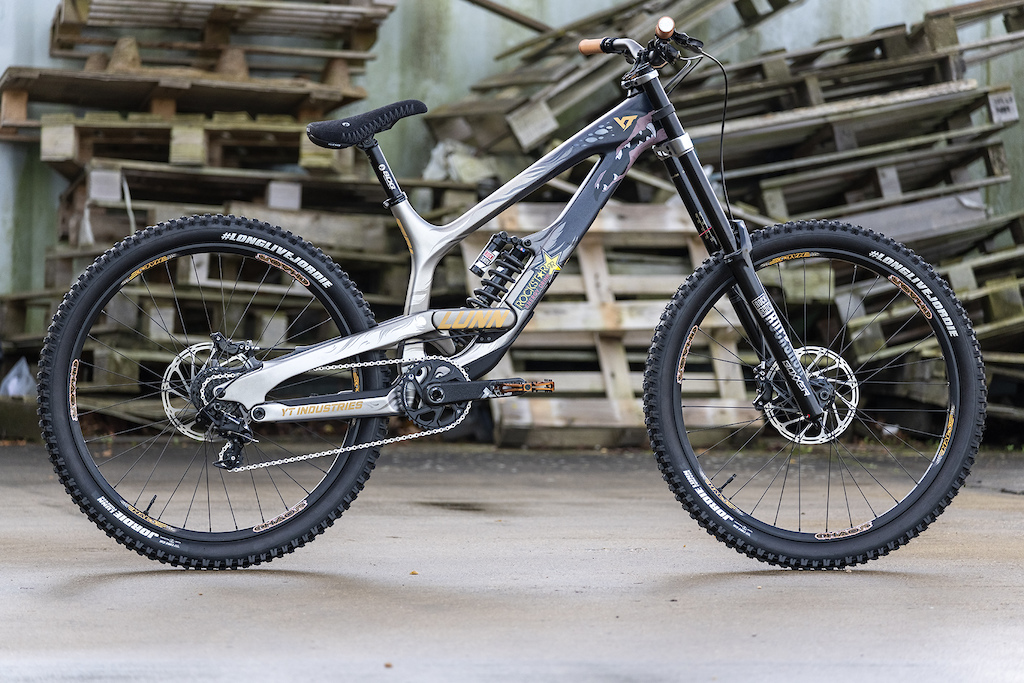 Both the bike and jersey have now been realised and are pieces of mountain biking history, as the last project that Jordie had an influence on. This is your opportunity to own both Jordie's bike and jersey. 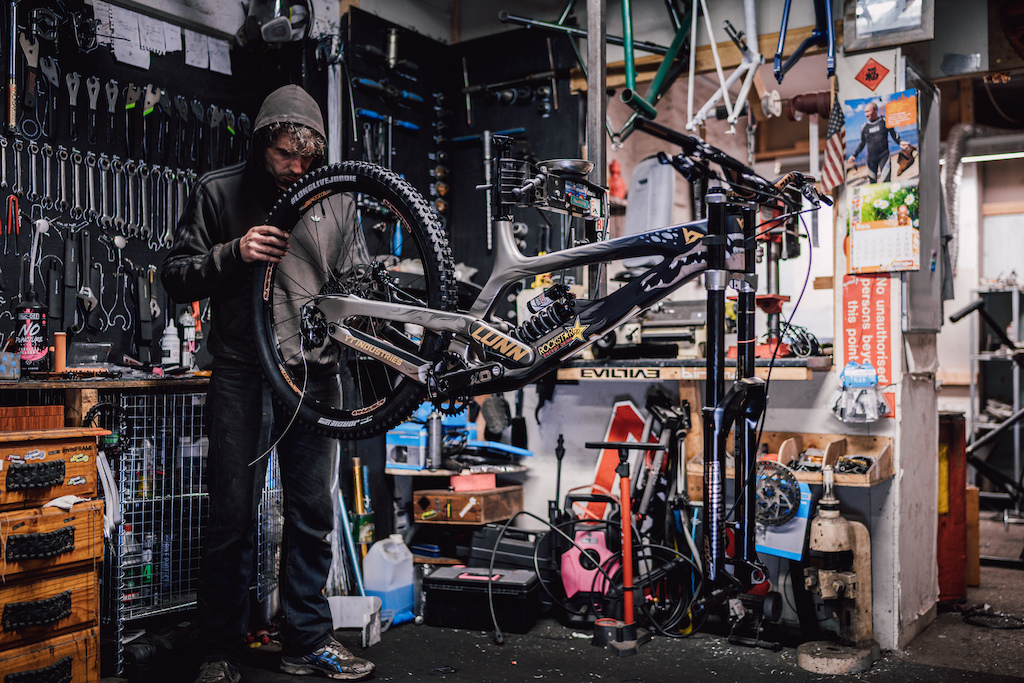 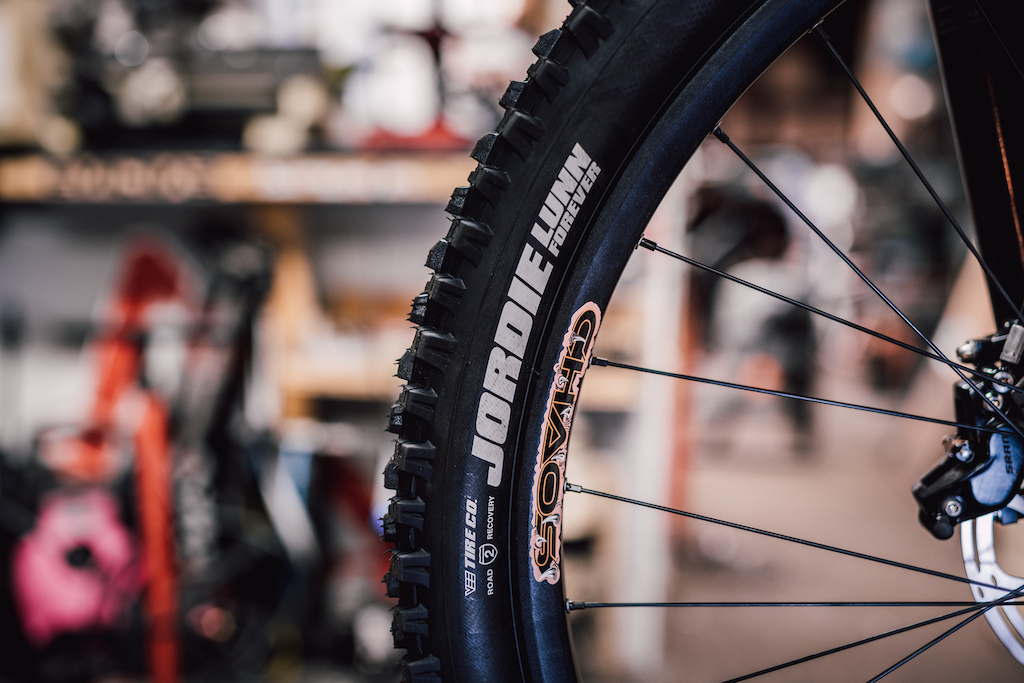 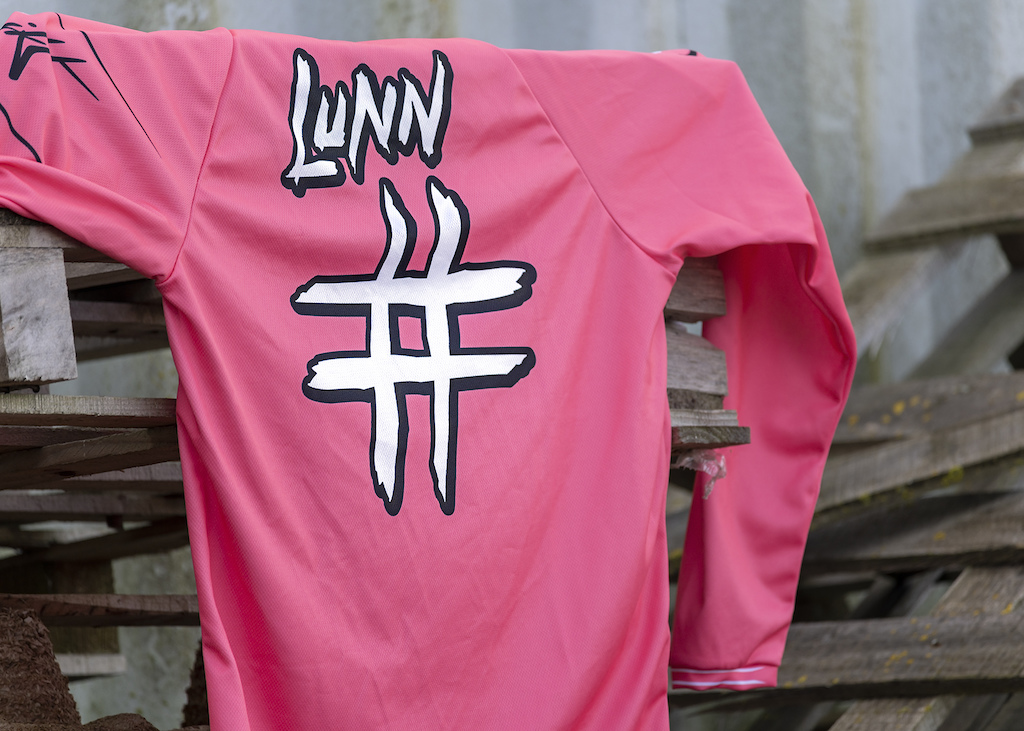 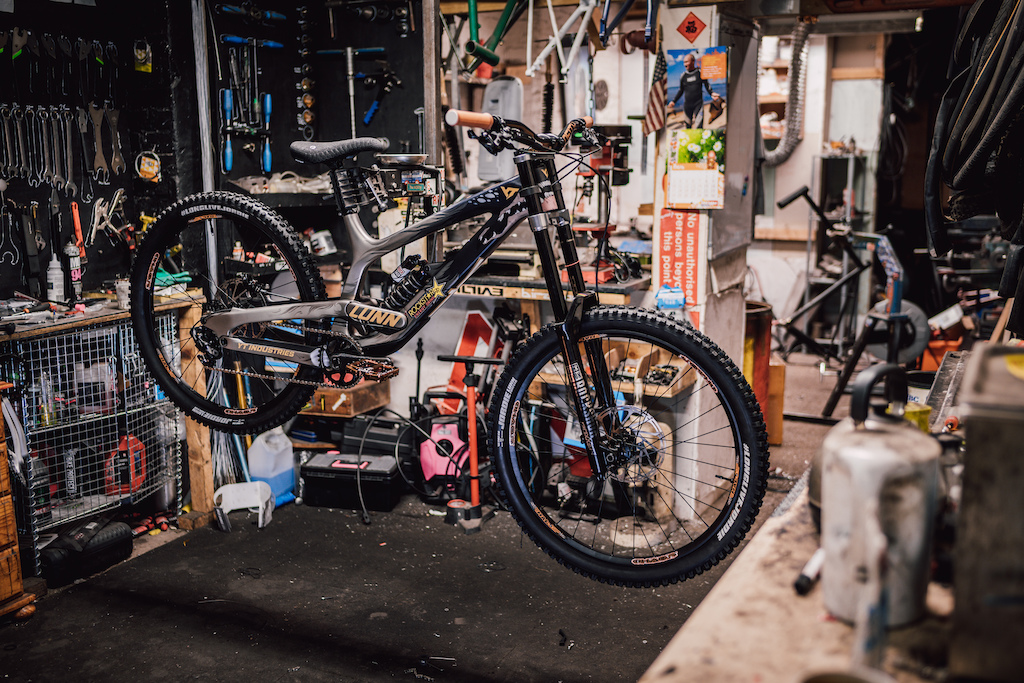 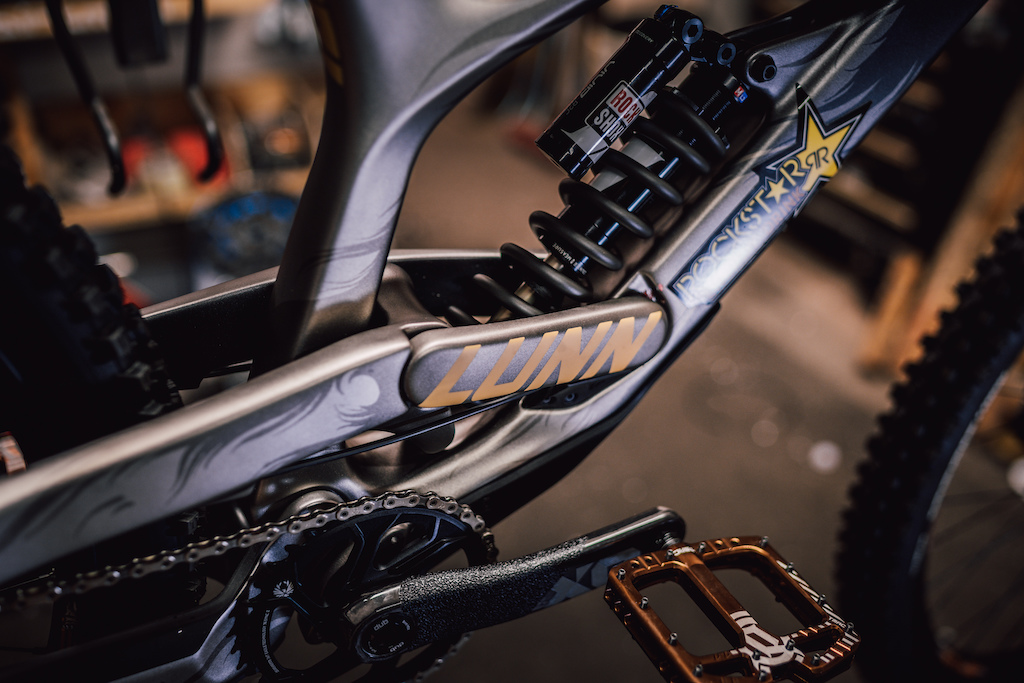 For every $10 donated you will earn one chance to win this one-off bike and jersey. Entries are not capped, so if you donate $50 you will be given 5 entries.

This project would not be possible without help from the below parties:

Alongside the creation of this bike and jersey, many sponsors have made private donations to support Jordie's family and their wishes at this difficult time.

As Jordie's family, friends, fans and sponsors, we are hugely grateful for any donation in Jordie’s memory.

OlSkoolJake (Dec 13, 2019 at 9:13)
Watching Jordie's last steed being built up is oh so bitter sweet. Honestly better than any compilation video of his riding. Just quiet reflection on how much of an impact Jordie had on or sport as a whole and what he ment to so many. Somber yet respectful to his memory. Well done to his sponsors for doing this final tribute to Jordie for his family, friends and the legions of dirtbag fans. Yes there is onions watching a bike being built and no shame about it. Thanks for all you gave while here Jordie. Rest easy.

BoneDog (Dec 13, 2019 at 9:26)
I was about to say the same thing, if you don't ride the fuck outa this bike until it has no choice but to retired on the wall, then you didn't respectfully do your deed..

WAKIdesigns (Jan 24, 2020 at 5:45) (Below Threshold)
Then you see it with attached motor and battery, and realize the void stares into you

Rube305 (Dec 13, 2019 at 10:17)
Great tribute but in his honor could of at least mounted the brakes correctly! He never rode brakes moto style! Gonna pay respects, then respect ya know!!

Moto is after all the correct way to mount brakes;-)

DublinBiker1 (Dec 13, 2019 at 10:59)
I'm out here studying for finals, take a quick study break and see this. I start watching and one of the boys asking why you getting misty eyed and I show him. The boys proceed to put it on the project and watch the bike be built in silence...

andrewgiesbrecht (Dec 14, 2019 at 22:51)
So happy to see this happening. I will never the day Jordie taught me how to flip, or the day I almost hit him while doing a flip years later. Got a tattoo from his brother last week, and tickets bought. Knowing Jord and his family, to see all this support is amazing #livelikejordie

chelagroove (Dec 13, 2019 at 13:34)
The last shot of it left in the work stand makes it all the more emotional as it should never be left hanging in a work stand. It feels like Jordie should walk into shot and take the bike one last time.

dylandoe (Dec 14, 2019 at 18:08)
I may have purchased a large amount of tickets, but it's not about the bike. It's about what Jordie represented simply by being himself, and the aggro potential in all of us. ...that, and it might be a little about the bike.

garrisond5 (Dec 13, 2019 at 13:41)
This one still hurts my heart. Not really sure why, but I felt like he was a friend, even though I only had two brief encounters with him. He was a great human and I still shed tears for this loss.

scotttherider (Dec 14, 2019 at 7:57)
Whoever wins this needs to build and film Rough AF4! It would be the only proper way to pay tribute to Jordie with this bike.

tobiusmaximum (Dec 13, 2019 at 23:41)
Very poignant soundtrack to go with it. Never before been close to crying while watching a bike being built..

zoobab2 (Dec 14, 2019 at 0:14)
Jordie was in front of us at LooseFest in Malmedy, shouting at a young kid trying to jump as long as possible. Mountain Biking is also a dangerous sport.

yonibois (Dec 14, 2019 at 16:04)
Yet another raffle where however I input my data it says my details don't match my billing address. Never a problem with any of the European online shops or even the local government... only these American donation pages. So frustrating as I'd like to take part.

Hope the winner doesn't baby it. Jordie would want the winner to ride it.

his 2018 ‘neon fade’ Rampage bike was among his most prized possessions.