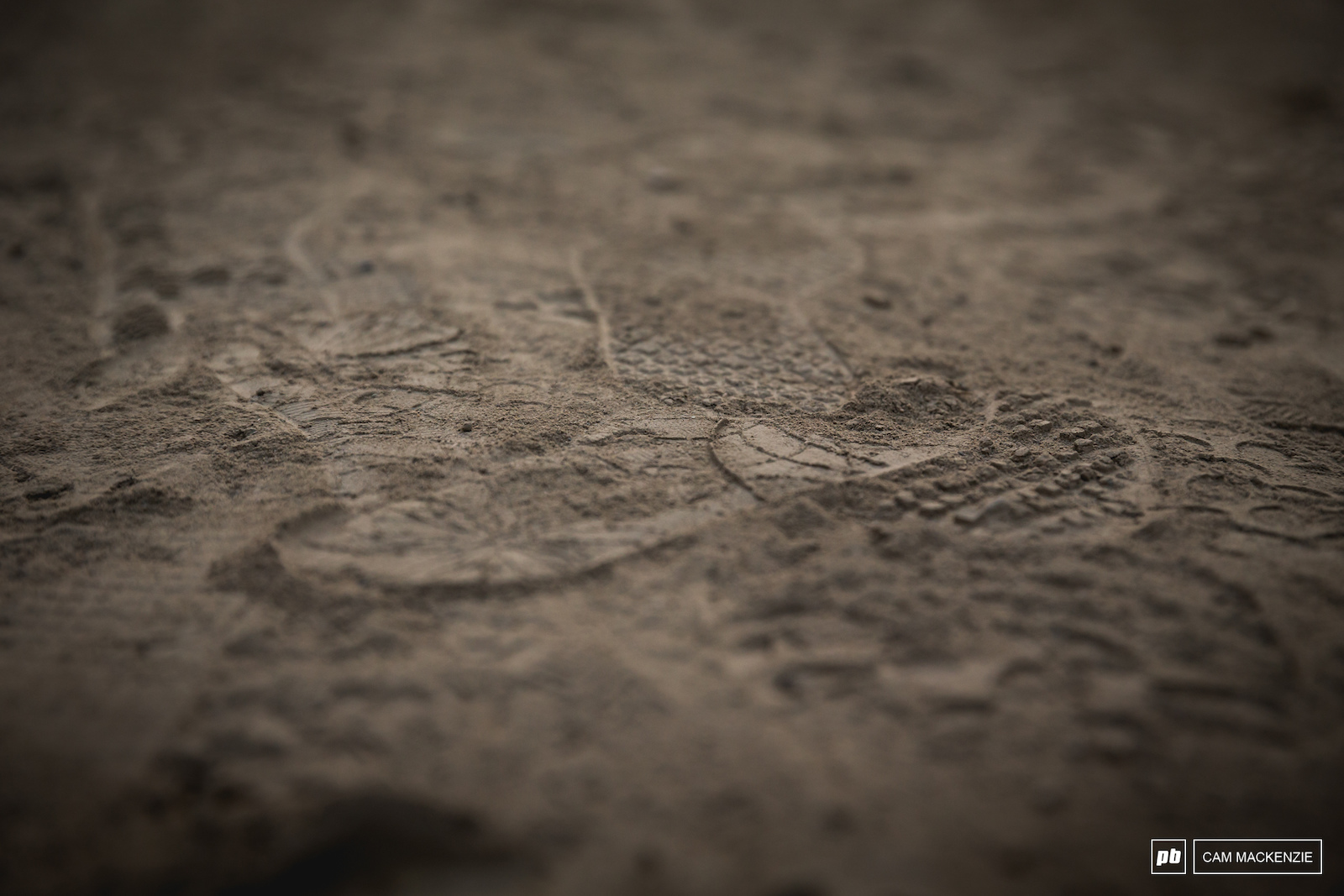 Photo Epic
MONS ROYALE
DUAL SPEED AND STYLE
Rotorua
Crankworx Rotorua 2018
Words & Photos // Cameron Mackenzie
A legend returned to the top step at Crankworx Rotorua tonight, reclaiming a podium position that was his three years ago and one that he has been trying to get back to ever since.

A big crowd gathered to watch the doubleheader on Friday night in Rotorua. Before things got taken down a level, riders had to first spin, whip, flip and stomp their way in head-to-head fashion on the same Rotorua Dual Speed & Style course from previous years.

Although the course may have been repetitive, the action that unfolded under the incoming weather system was anything but. With no women in the running this year, it was up to the top 16 men to dual it out for another chance to win more valuable points in the running for the King of Crankworx title. It wasn't smooth sailing like many would have liked, however. Adrien Loron was looking for redemption, but once more fell victim to the might of Kyle Strait. Barry Nobles was hoping to get some points on the board but out of nowhere got knocked out early by the real success story of the event: Joe Simpson. Who might you ask? The local boy with deep roots in BMX and a massive bag of tricks.

Unlikely previous years, a rule change meant that riders must perform tricks in order to score to avoid situations like we have seen previously where racers take higher placings, and those pulling huge tricks lose out. 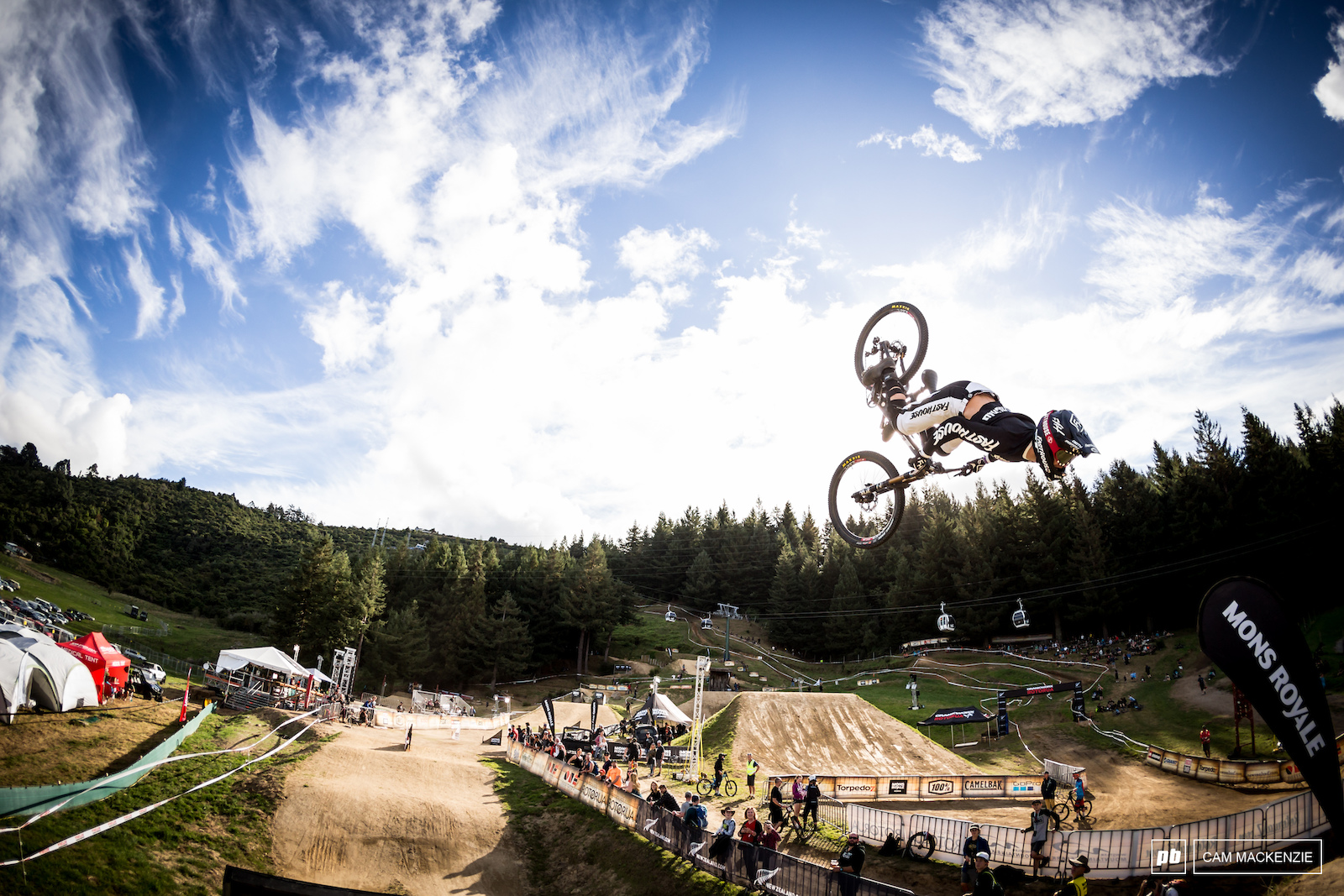 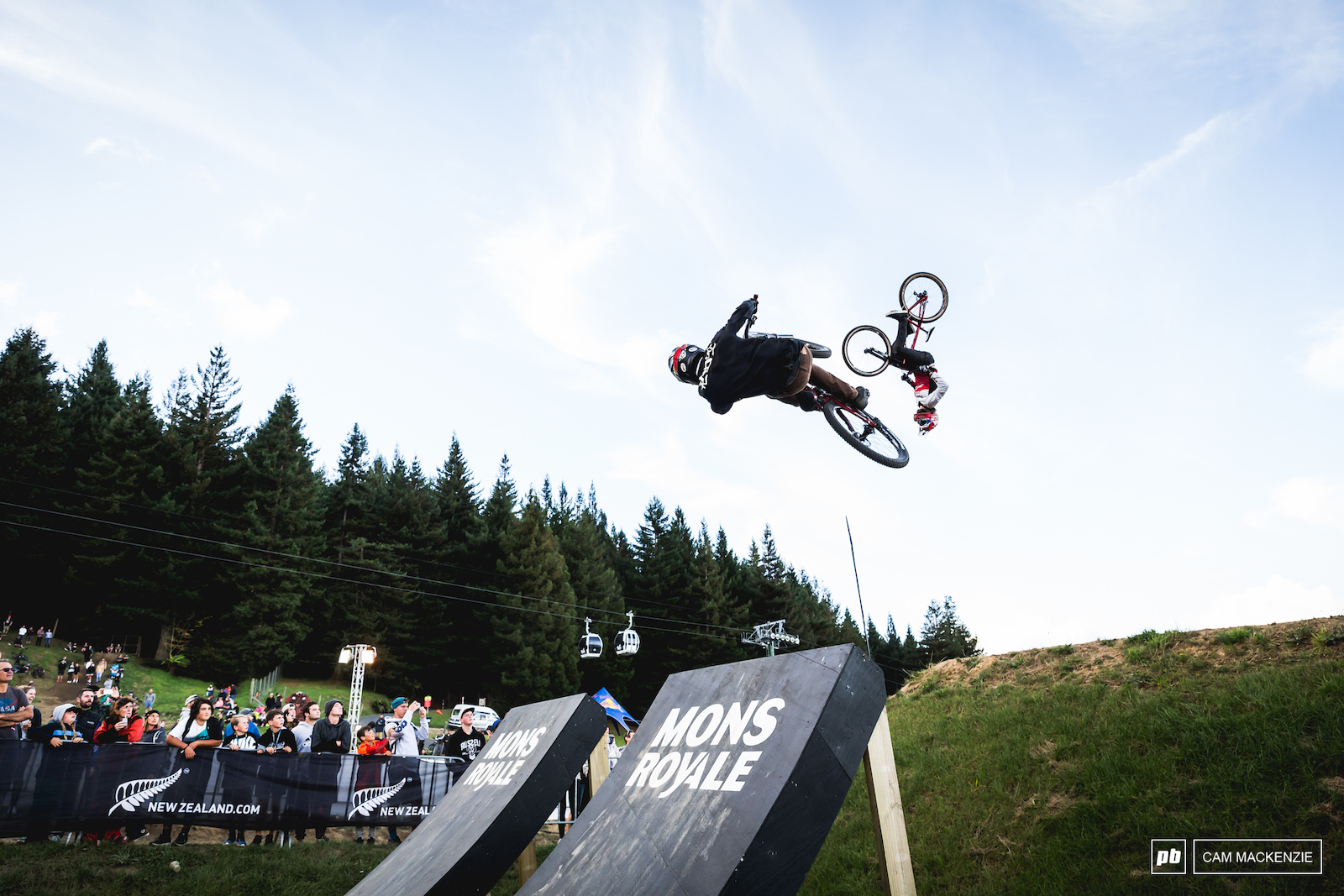 Both Loron and R-Dog had the pace and the tricks to perform well, but only one could progress. Loron moved on the meet his match. 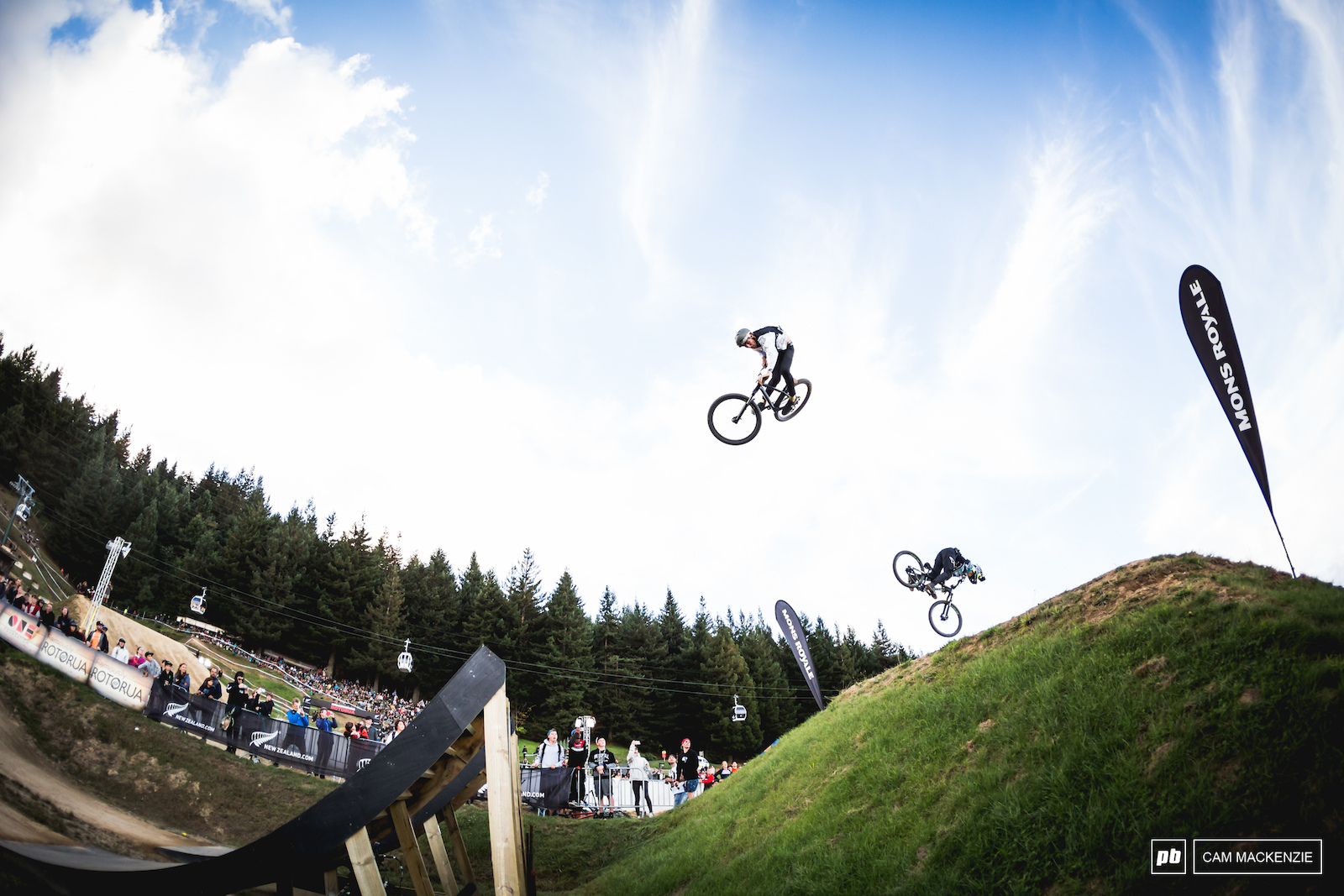 Joe's BMX background served him well. What he lacked in speed he made up for in tricks. 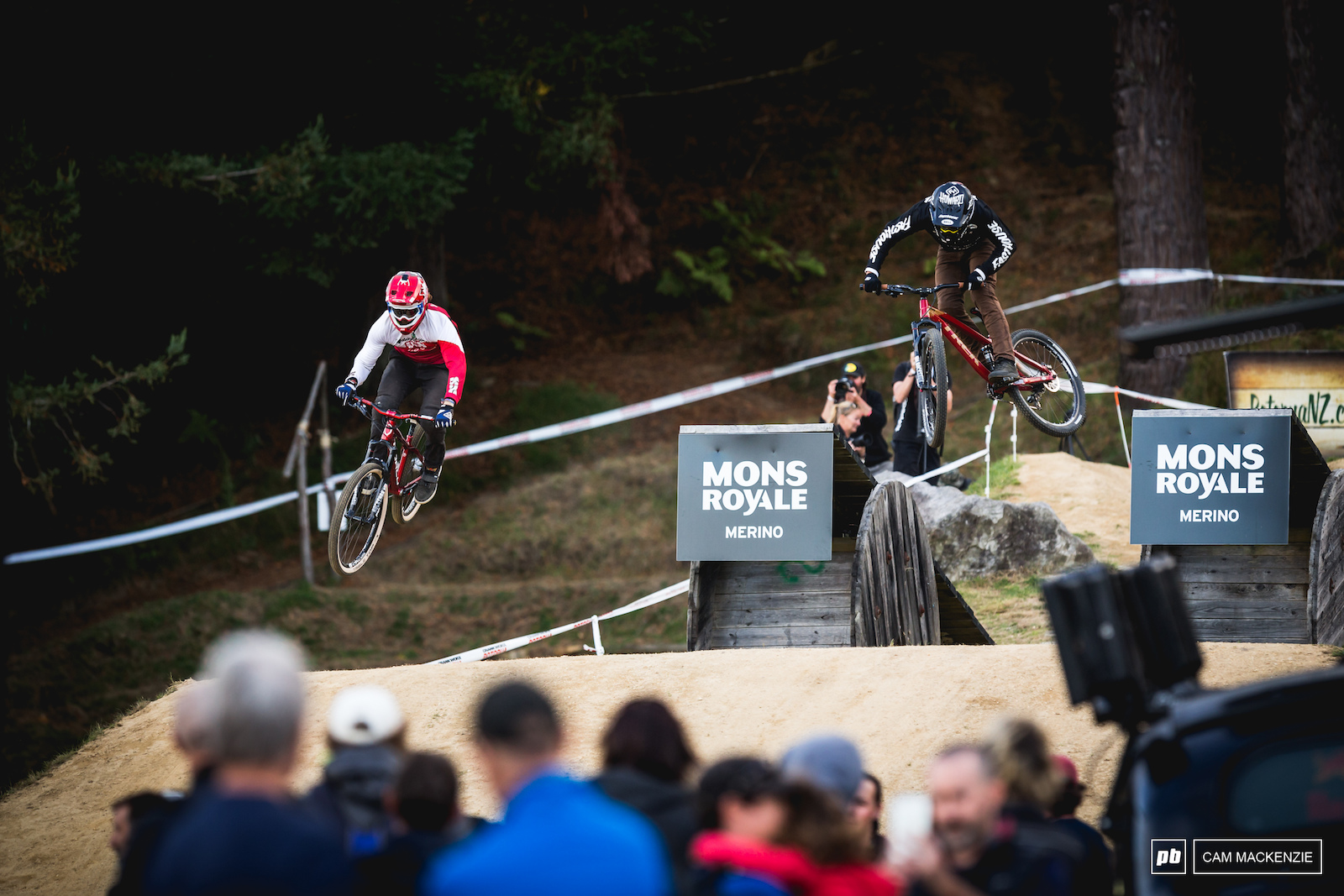 Adrien Loron pulling ahead on R-Dog, and R-Dog opted for the tweak over the cannon jump. 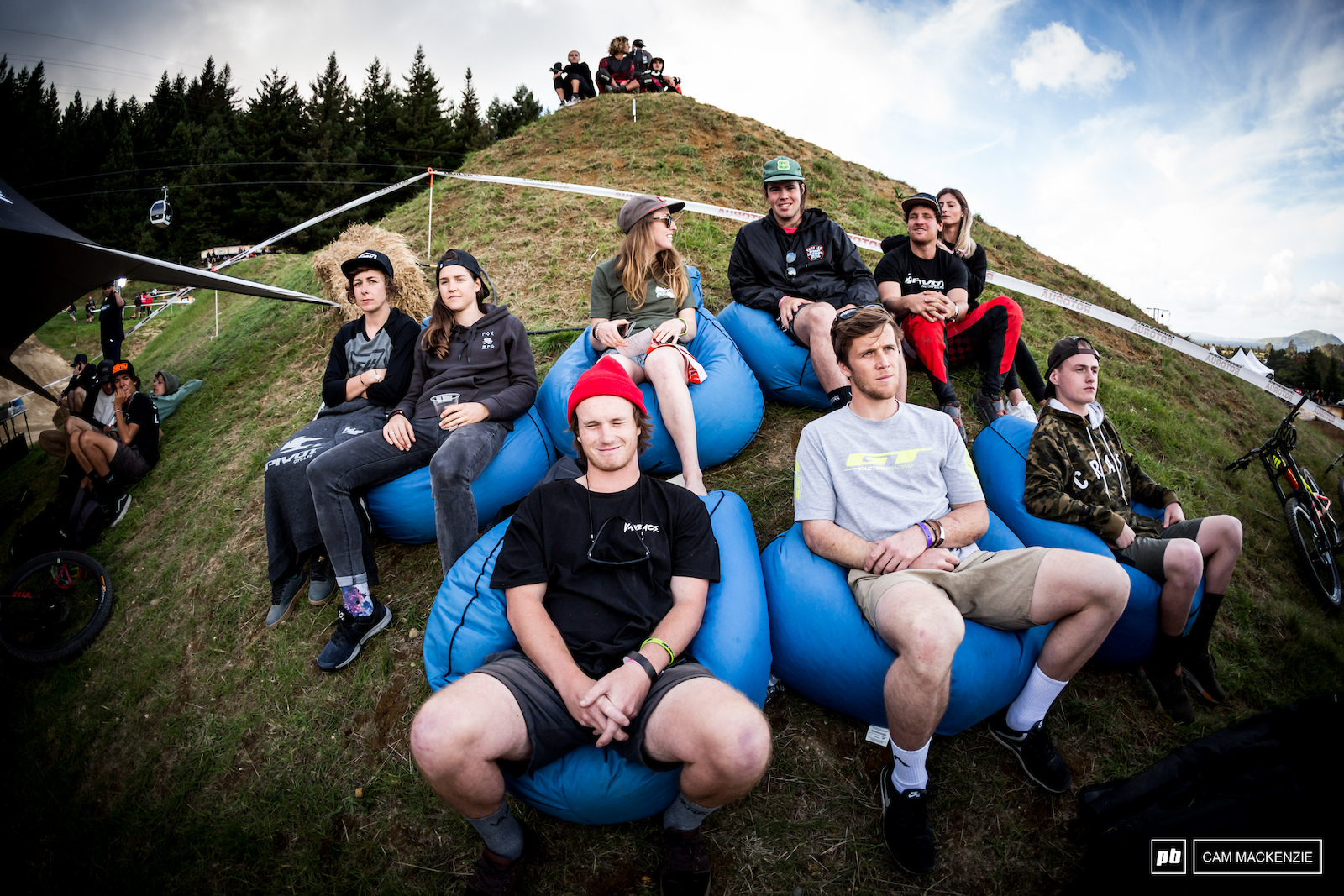 The kiwi squad watching on waiting for the whip off to get started. 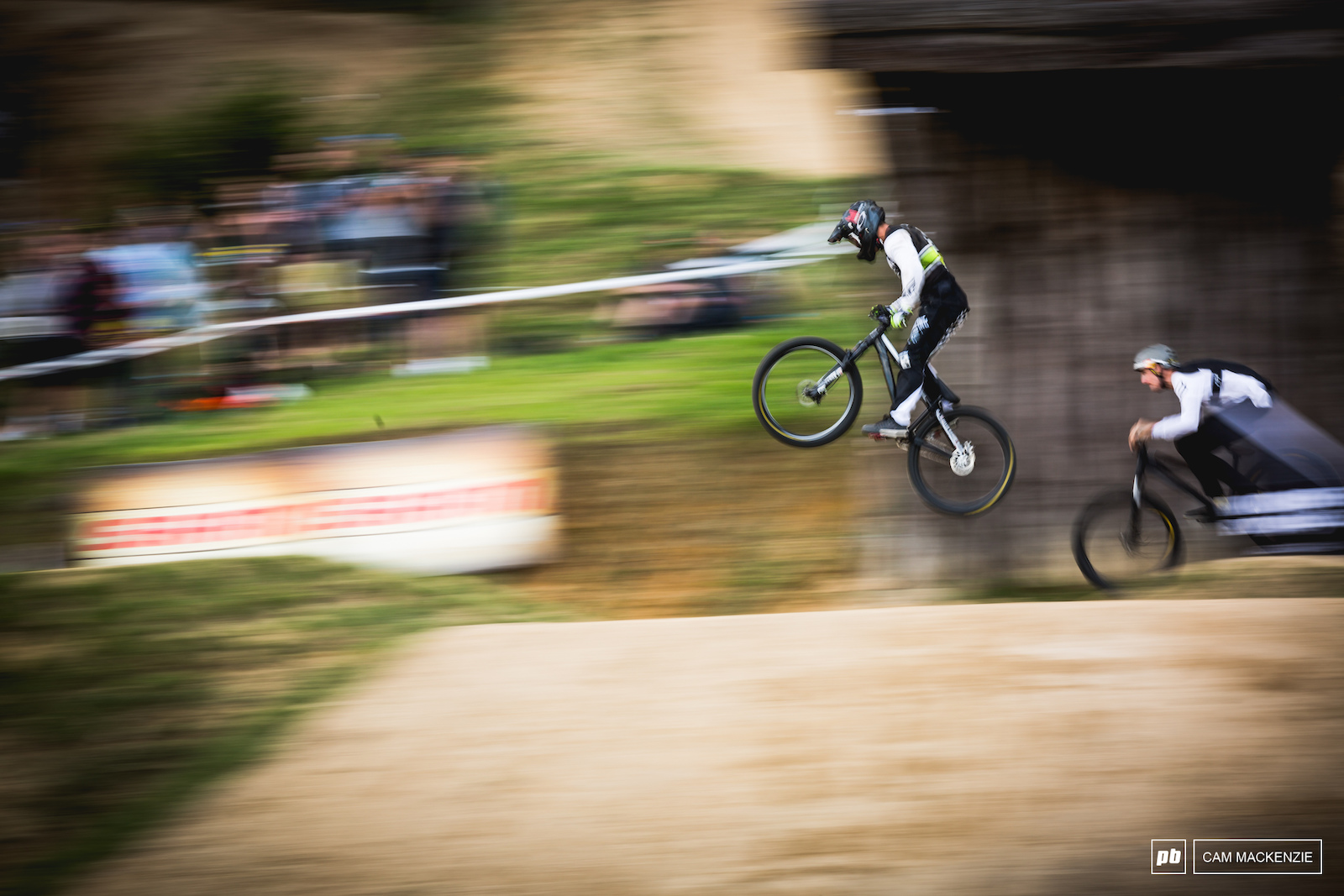 Barry Nobles getting the jump on Joe, but it wasnt to be enough. 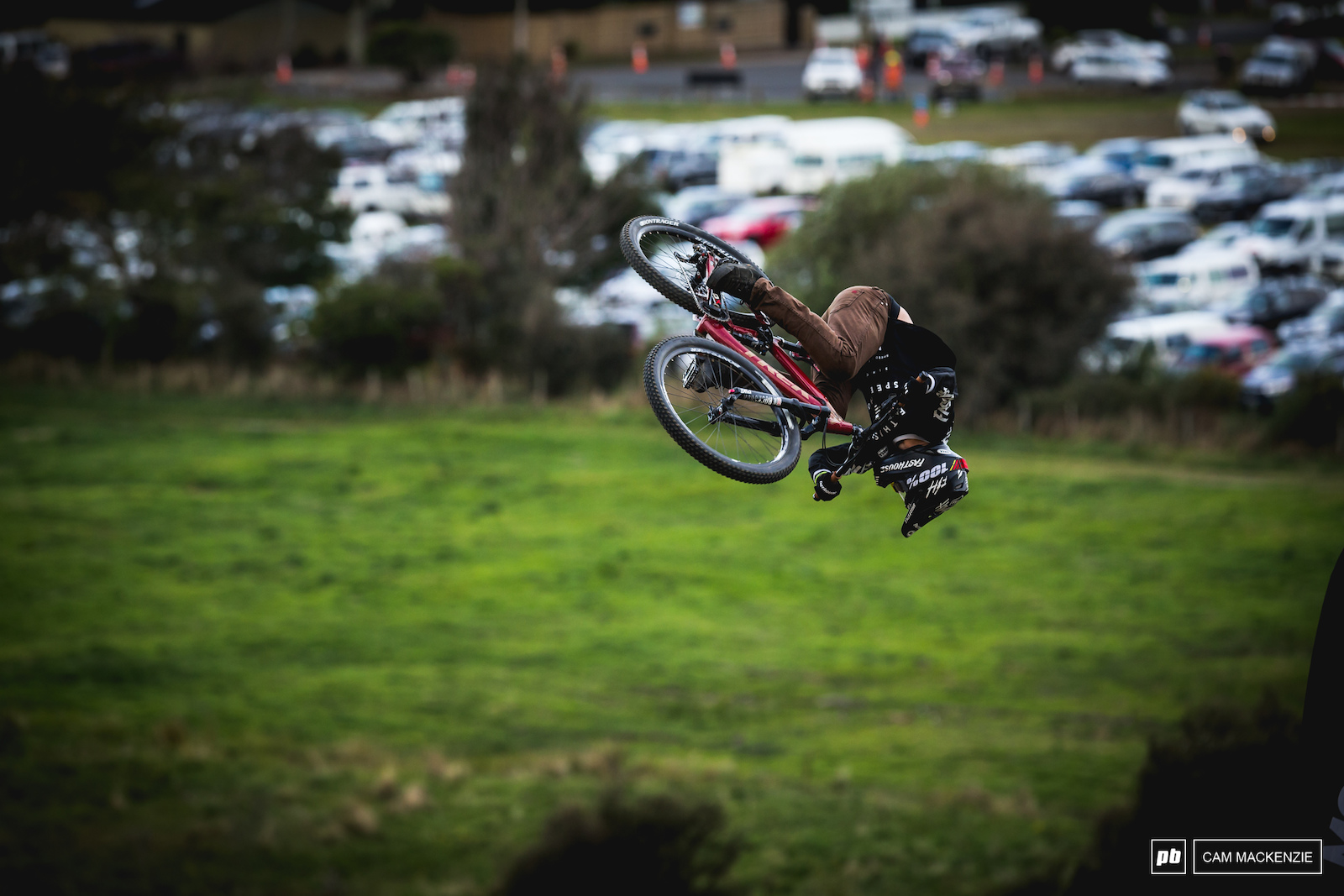 The one trick pony, R-Dog, and his signature corked backflip 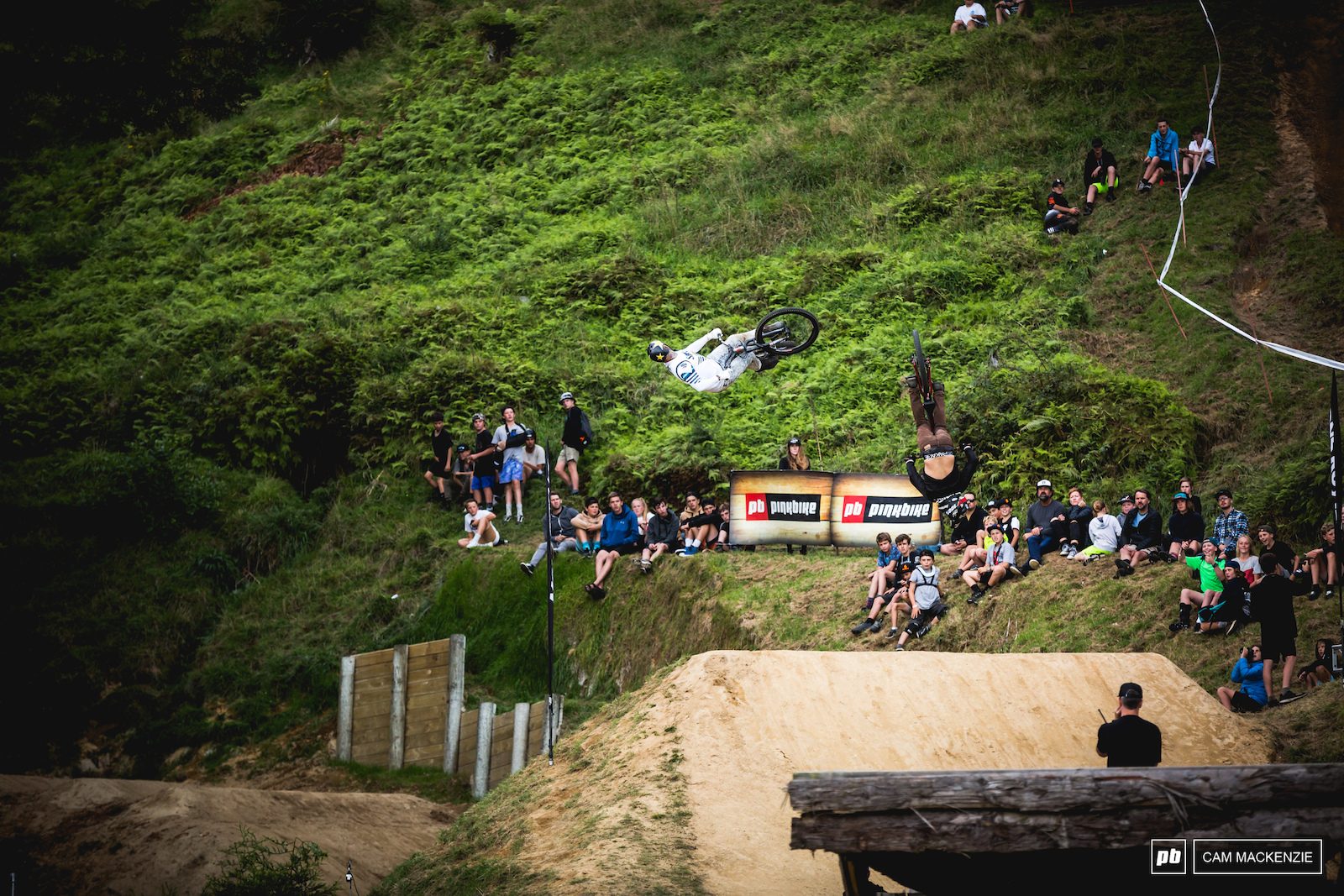 Jordie Lunn was throwing cork 720's off the first feature where others were digging deep for a backflip. 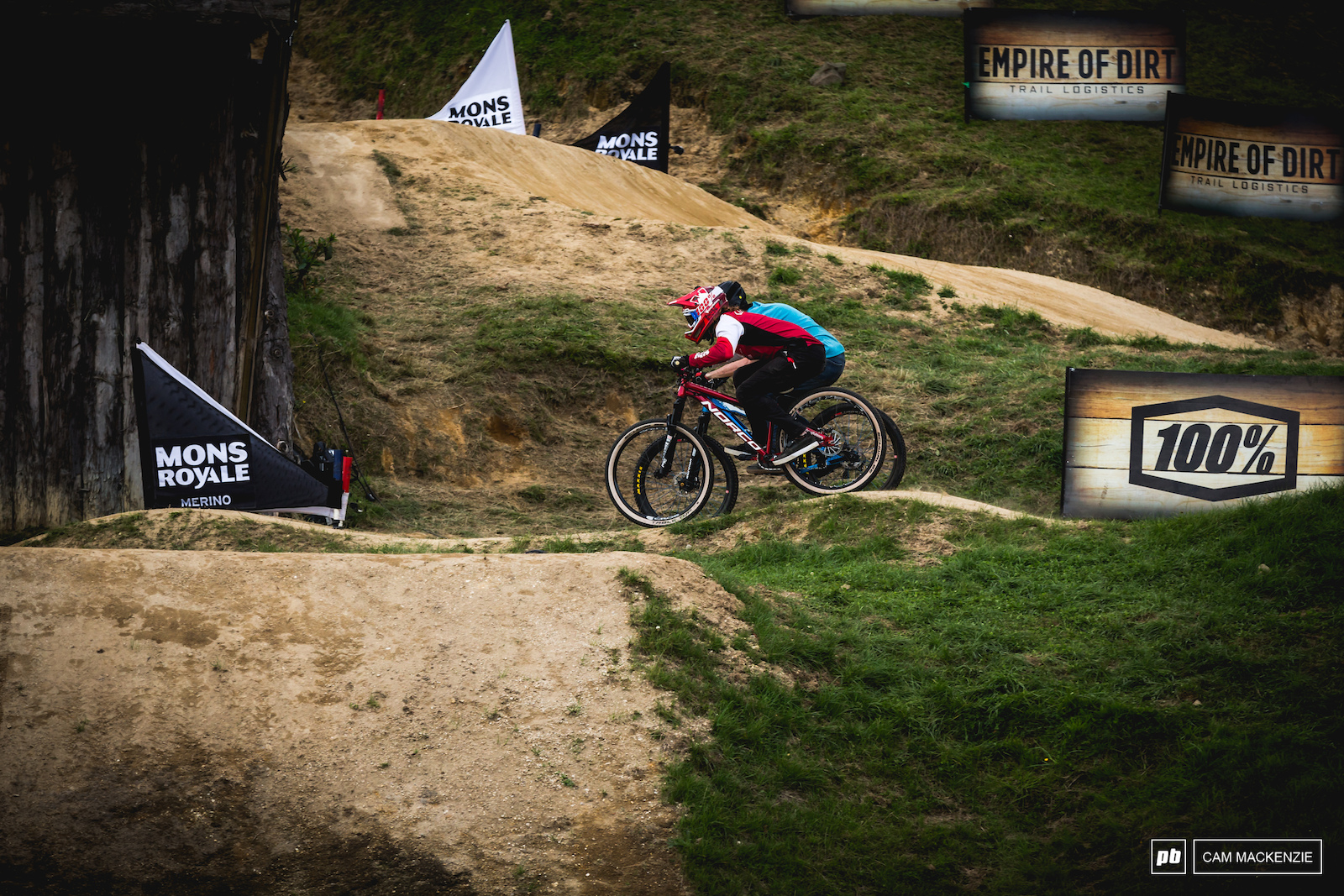 Head to head. More tight racing today during the dual speed and style. 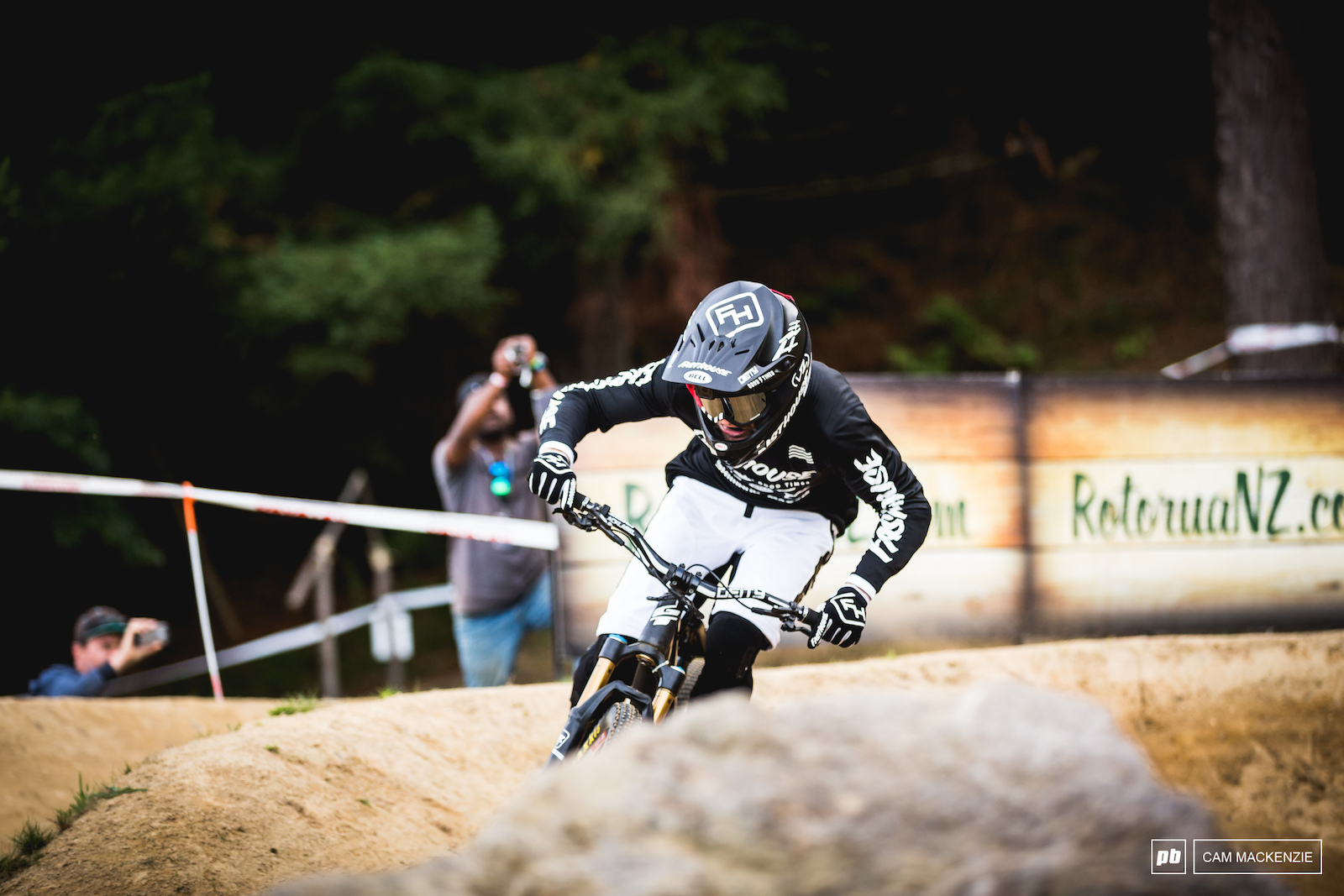 T-Mac rode strong and landed some technical tricks in his first few runs, but lost out to the speedy Slavik. 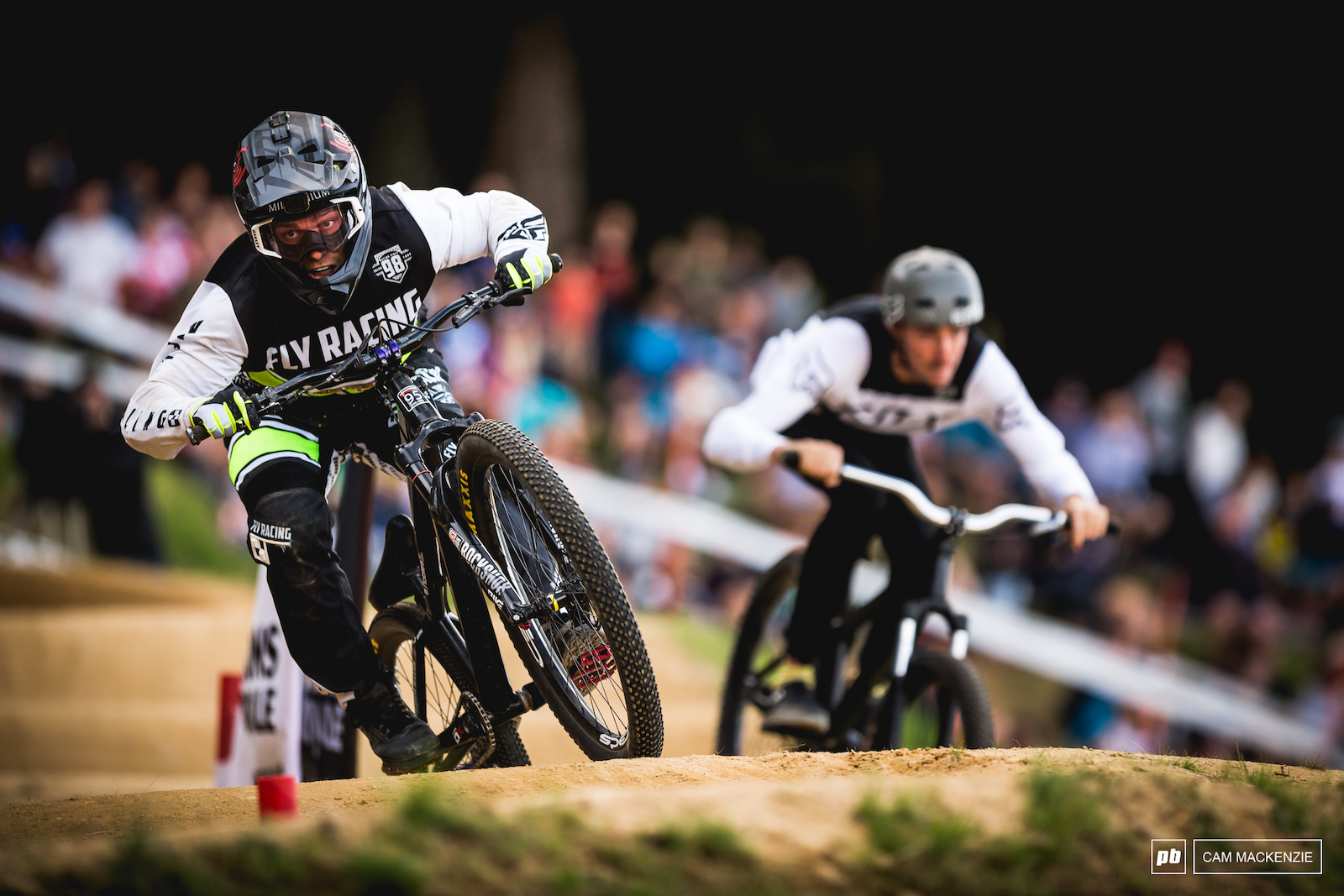 Barry vs Joe. Upset #1 of the day for the underdog. 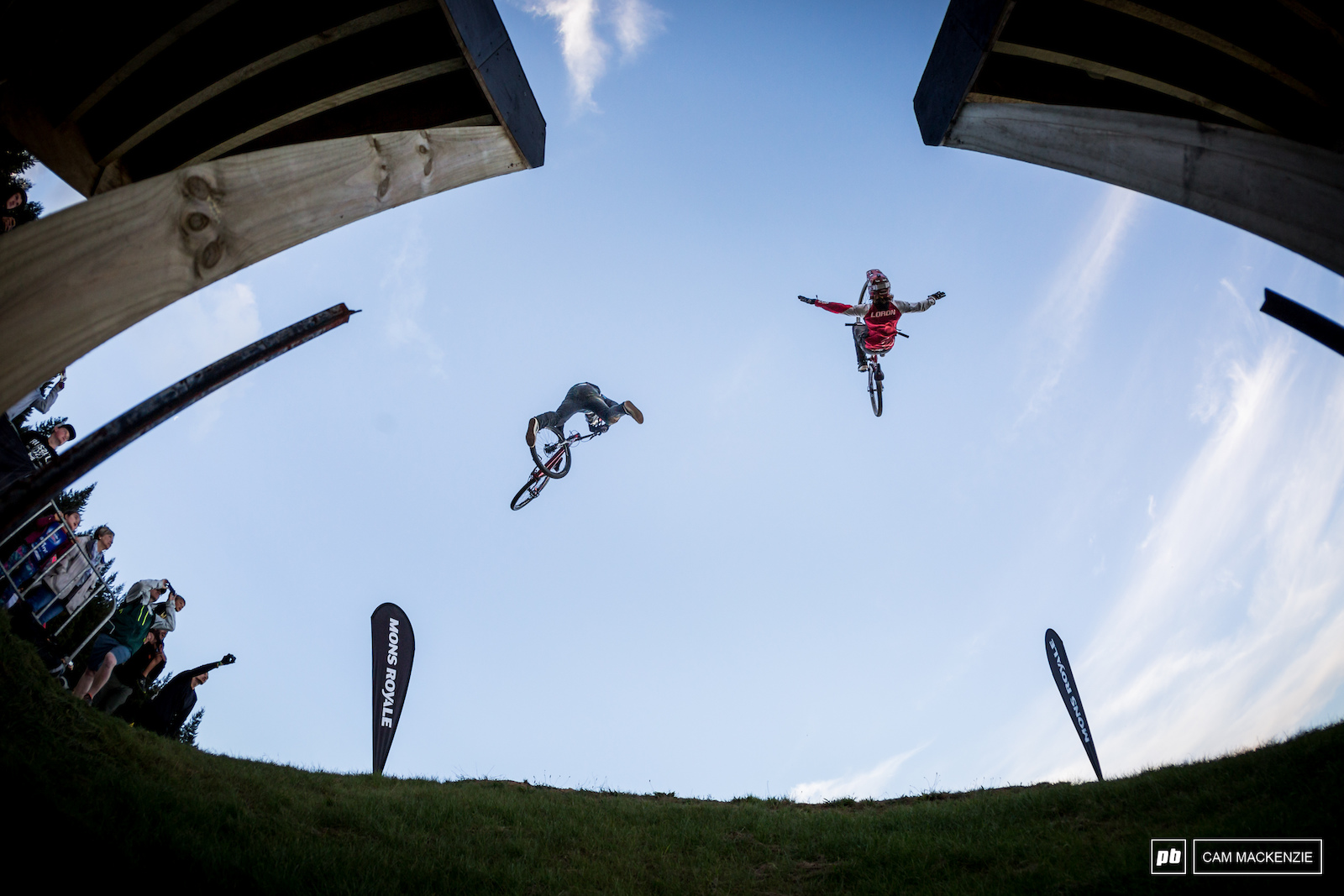 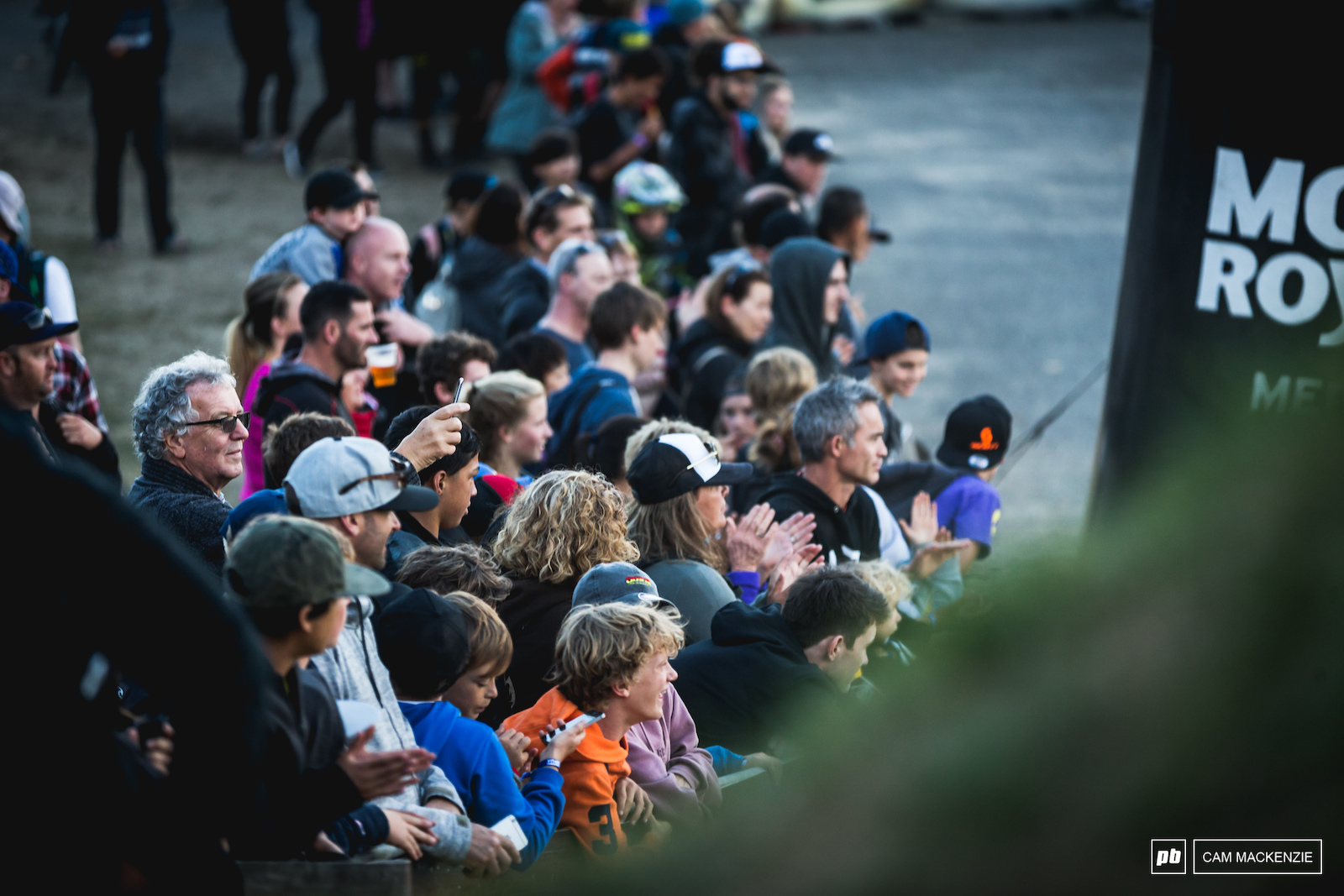 Plenty of crowds out today. 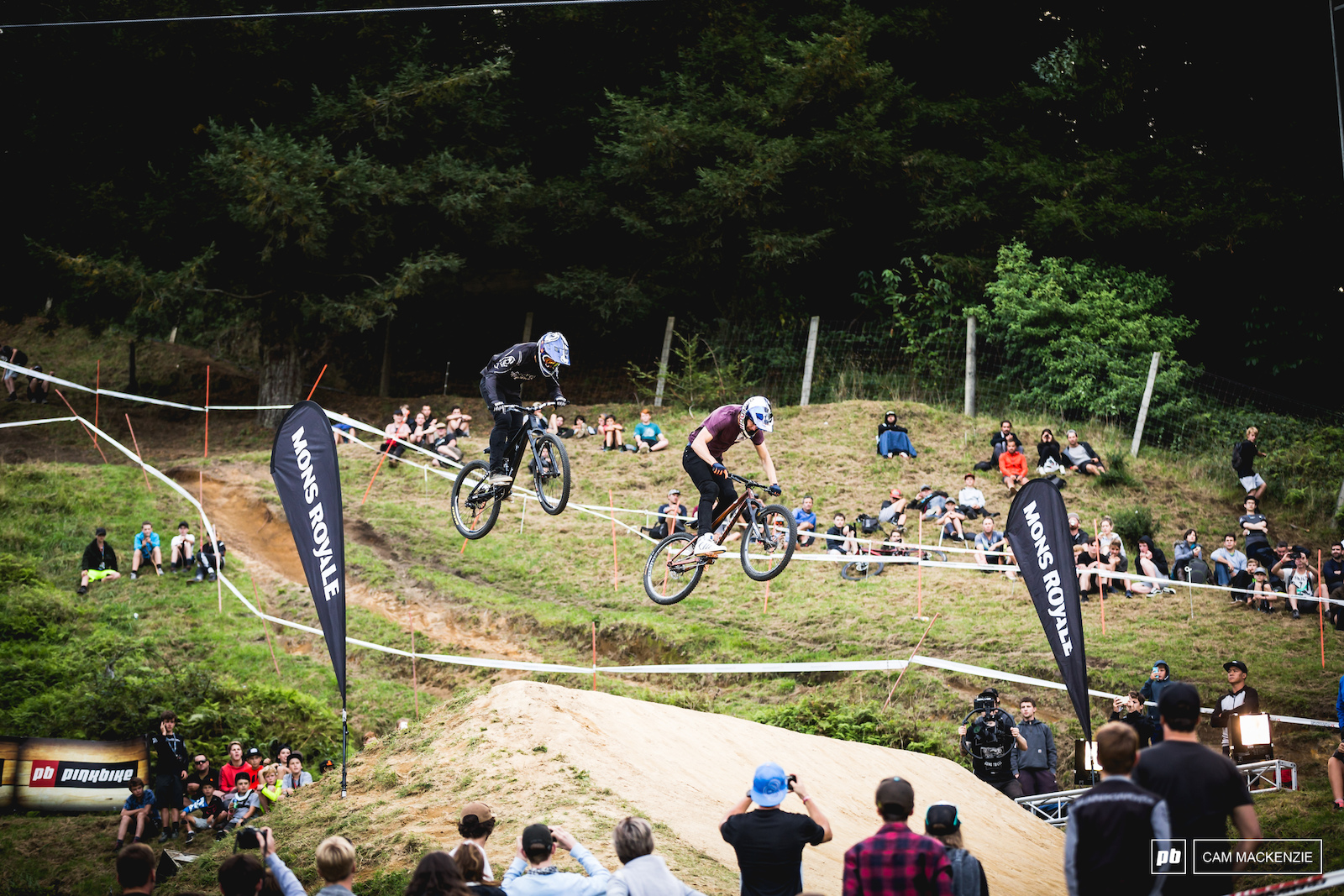 Soderstrom was unstoppable today. It has been three years since he won out, so it was little surprise to see the big Swede pushing so hard. 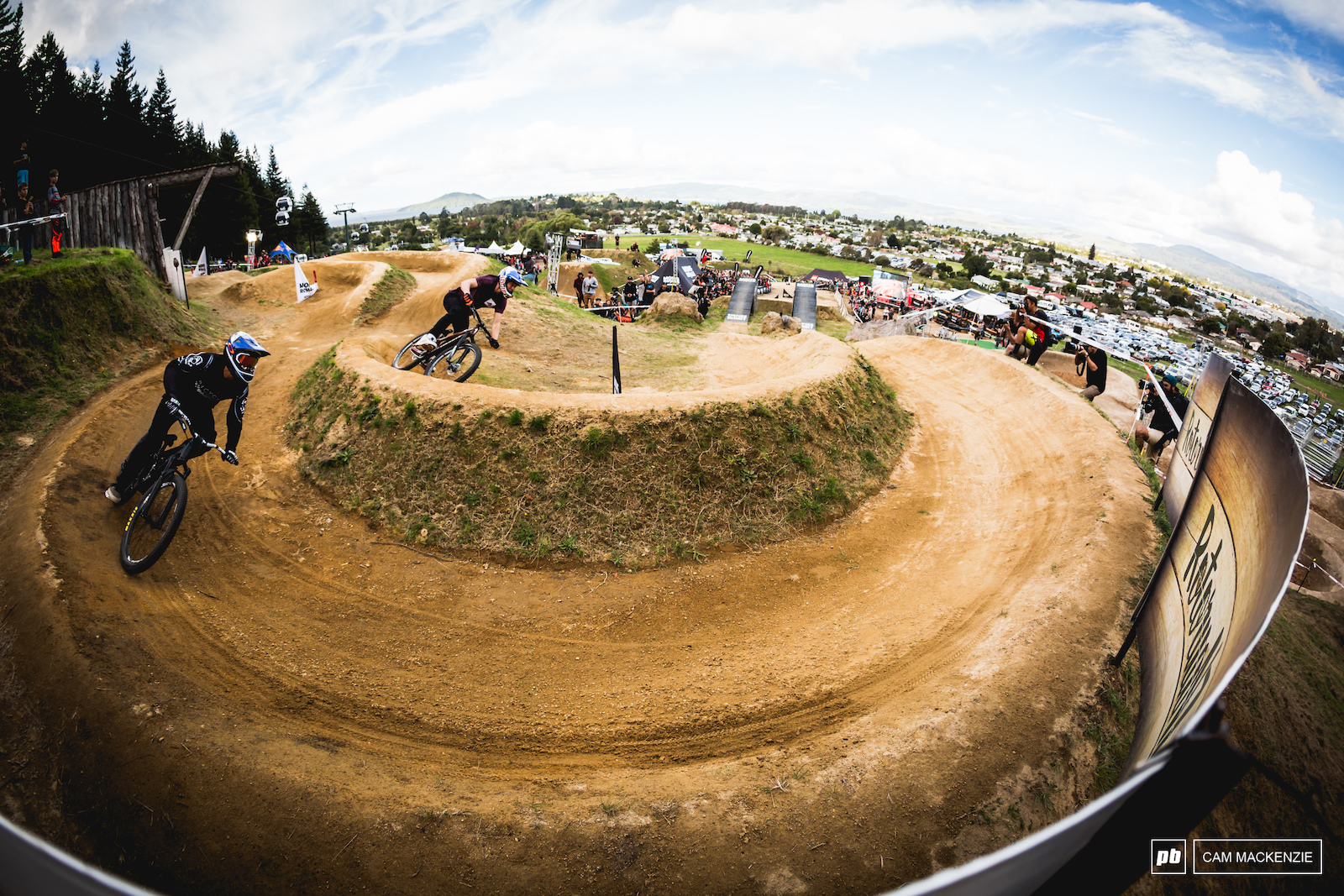 The fastest corners on track. These were the ones that claimed Kyle Strait in his small final match up against Joe Simpson. 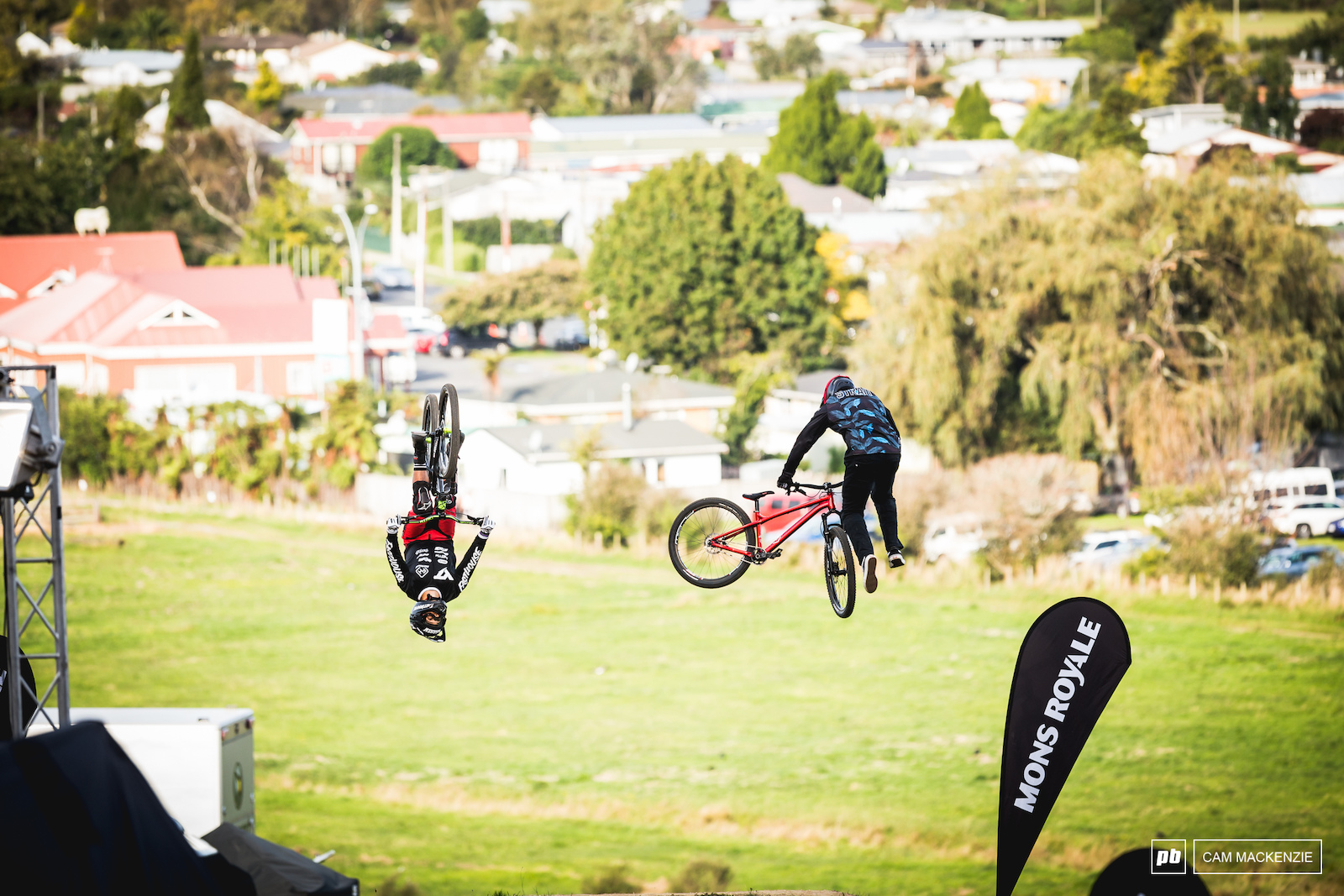 Bubba Warren vs Kyle Strait. Kyle simply has more horsepower and a bigger bag of tricks, so sadly for Bubba, he didn't stand a chance. 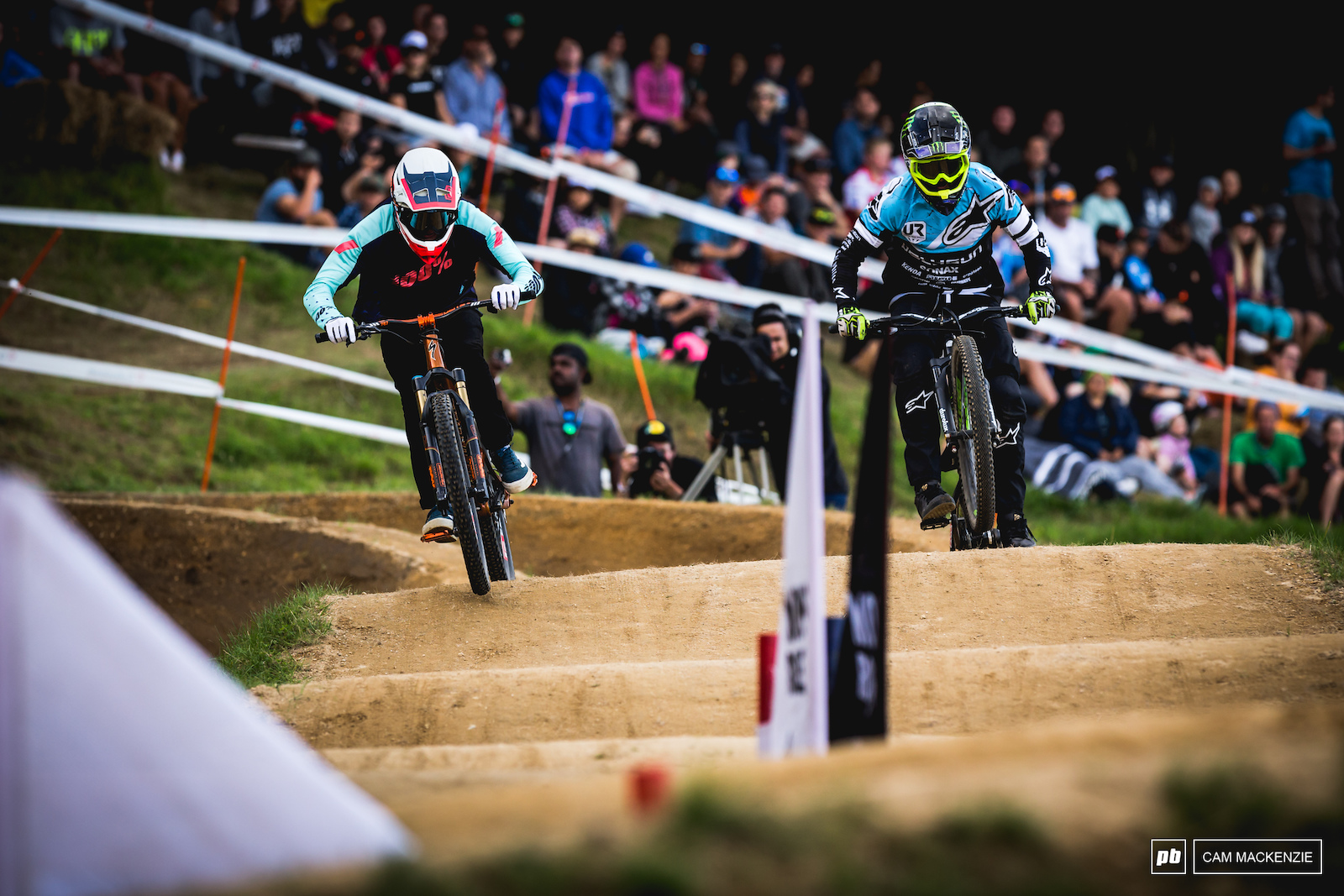 Garrett Meecham vs Sam Reynolds, neck and neck through the rollers. 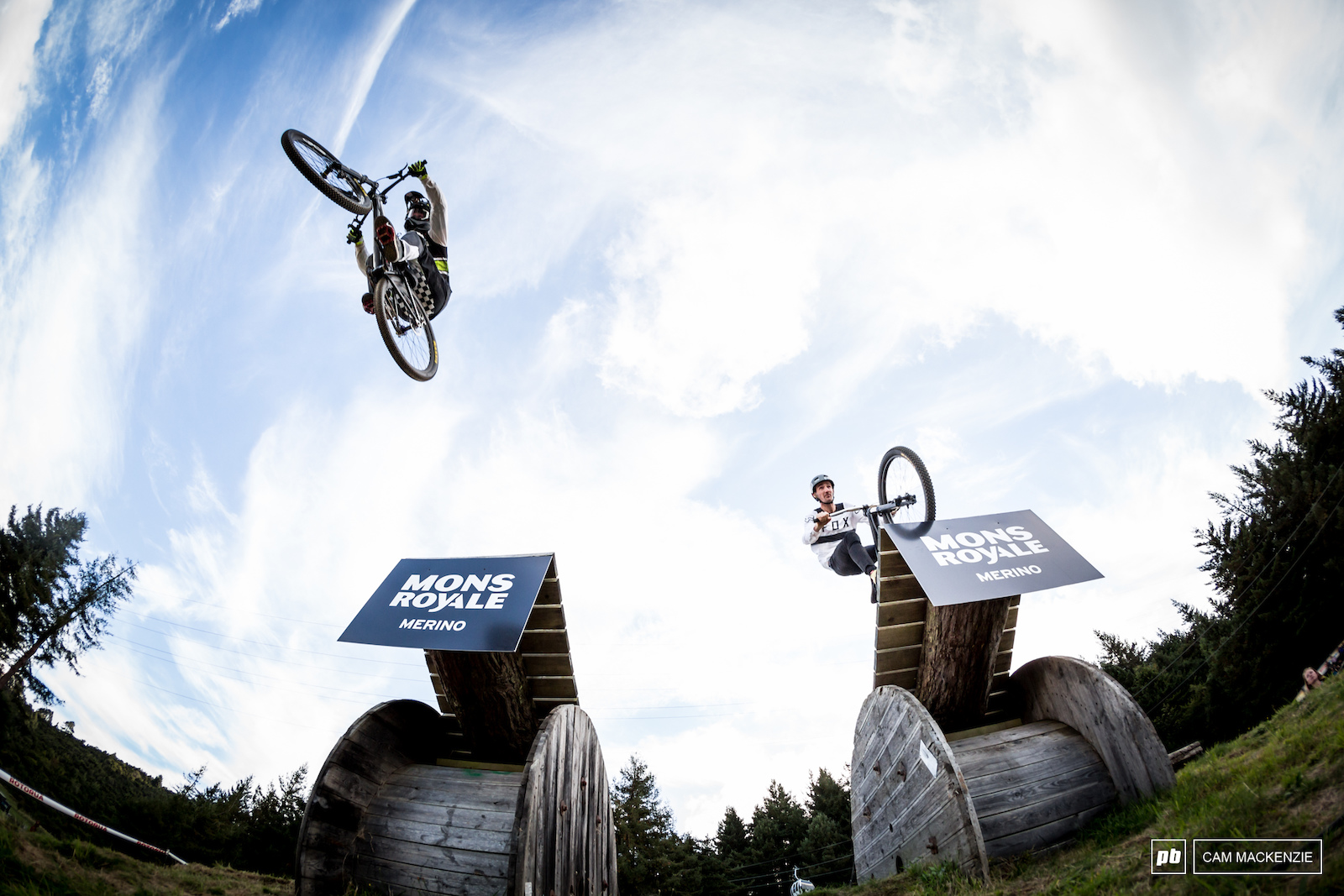 In the most controversial run of the day, Barry Nobles edged out Joe Simpson, but the judges scored Joe higher based on his tricks. 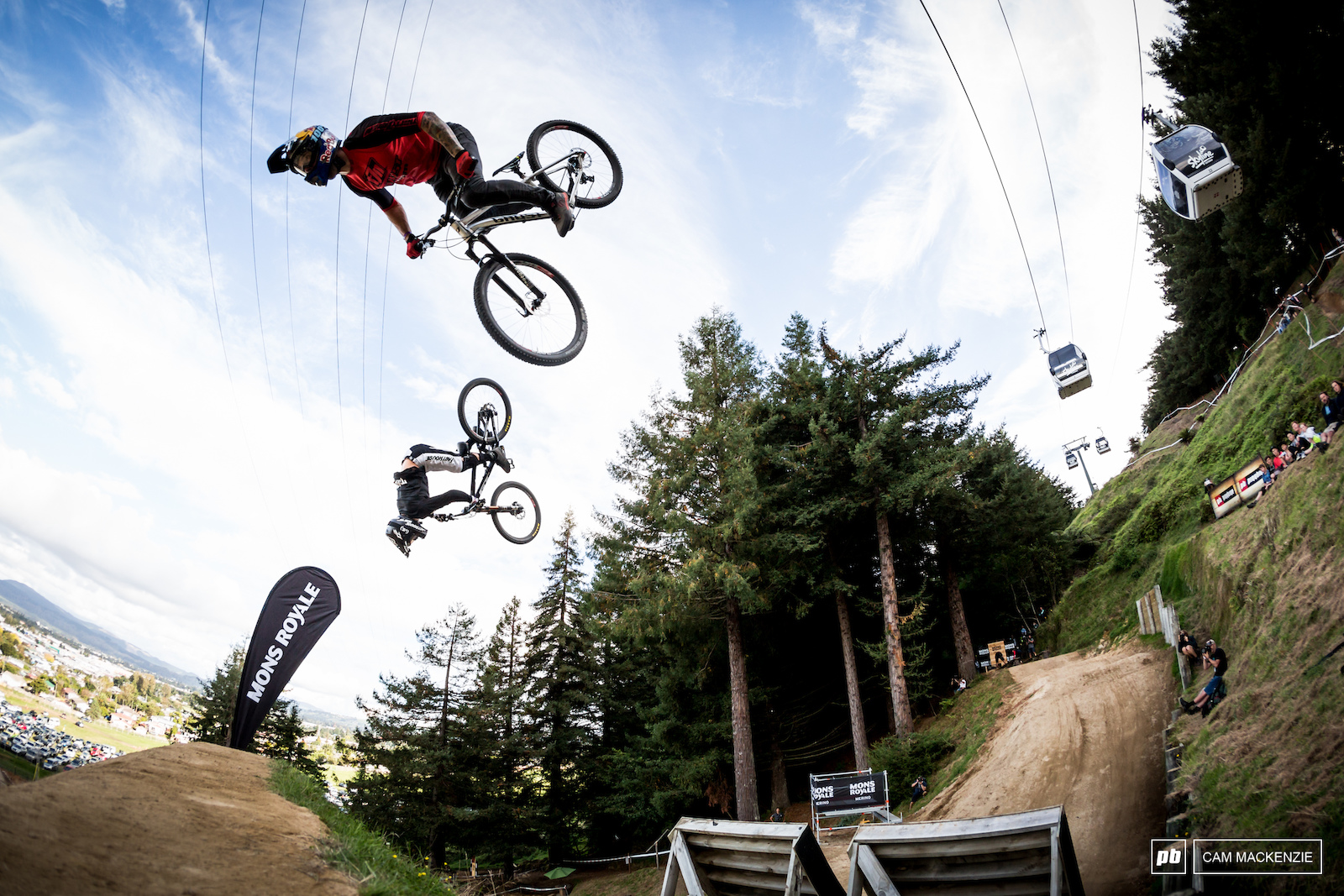 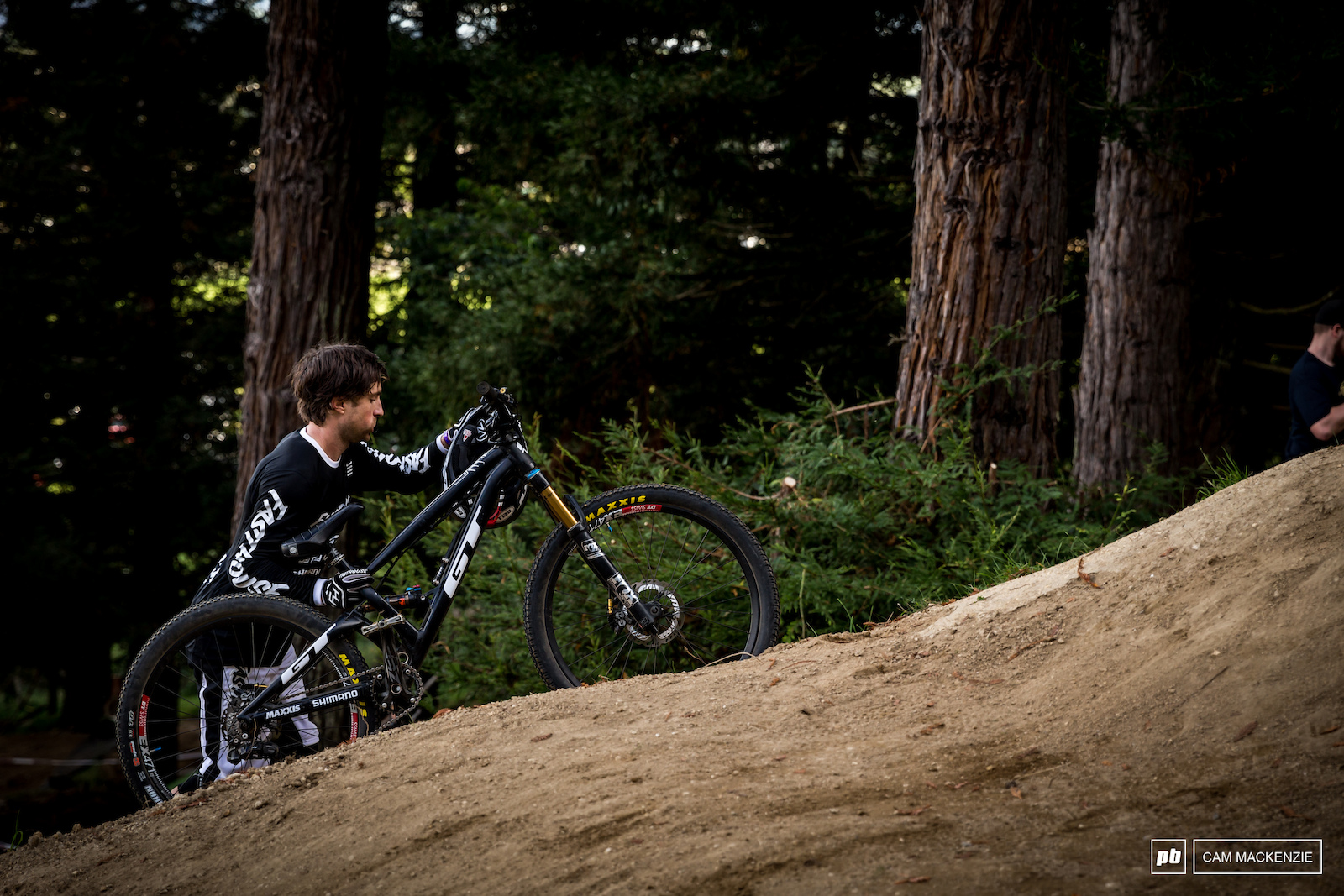 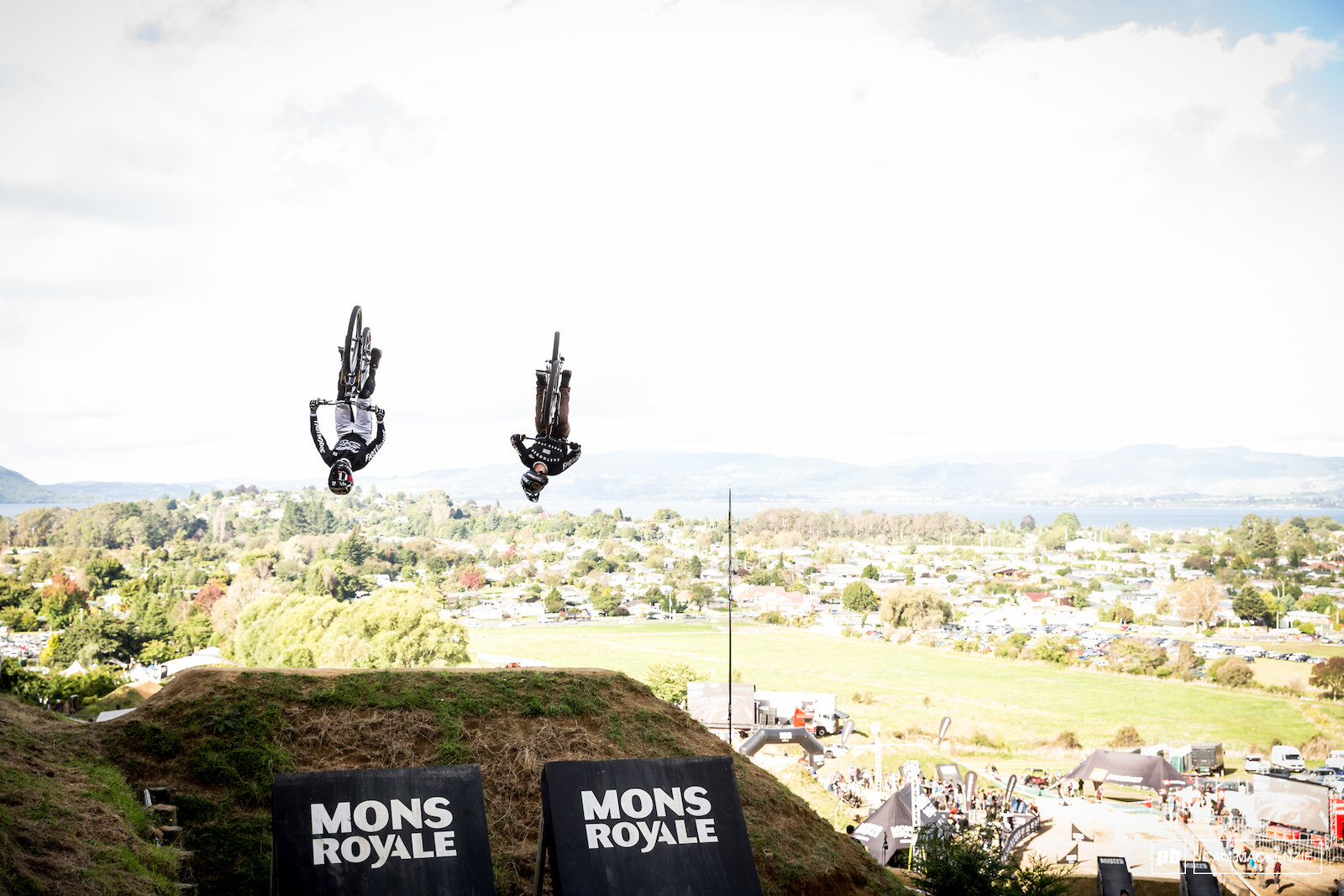 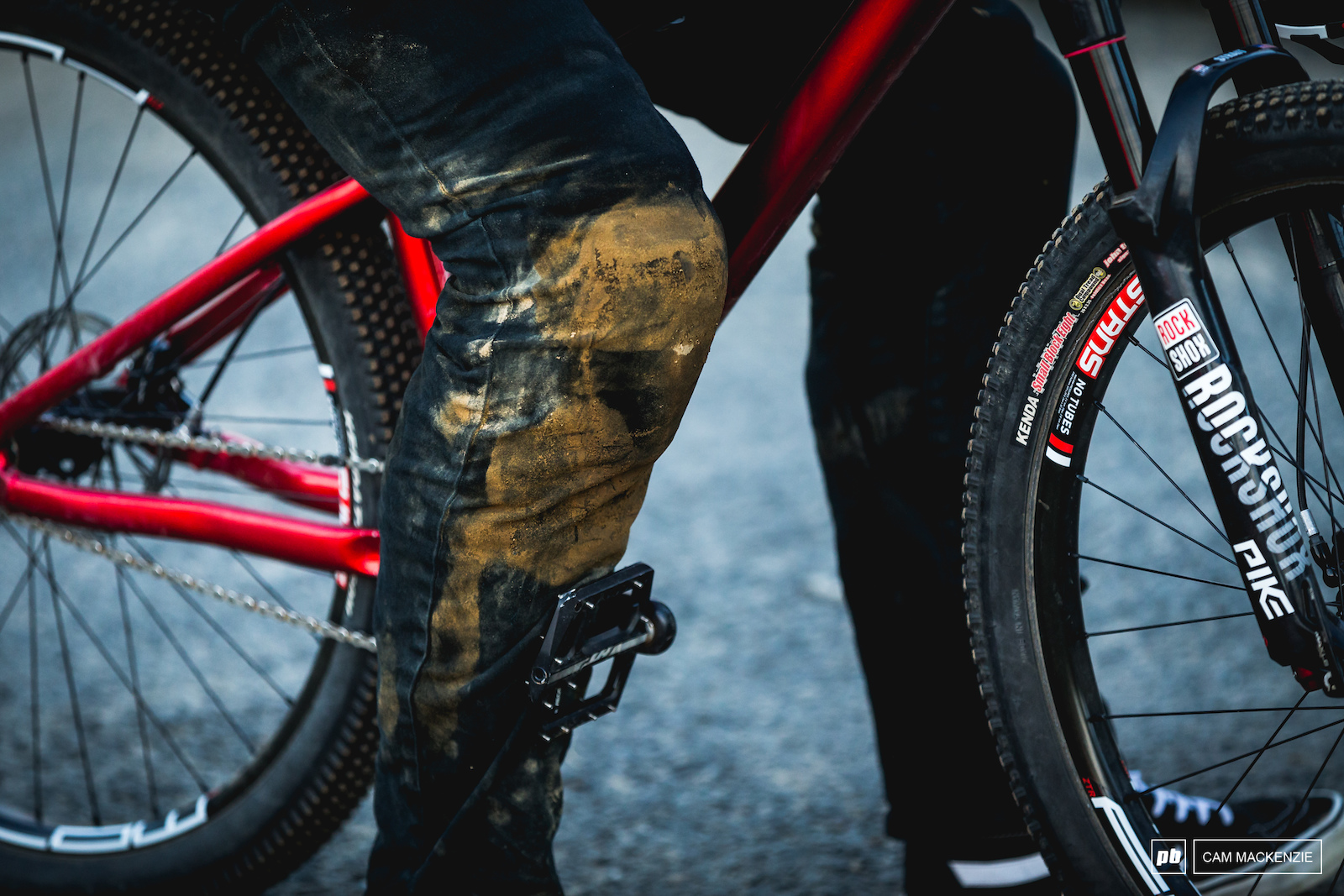 The sign of runs gone wrong. Strait hasn't had the best of luck the last few days, but third in today's dual speed and style is nothing to be disappointed about. 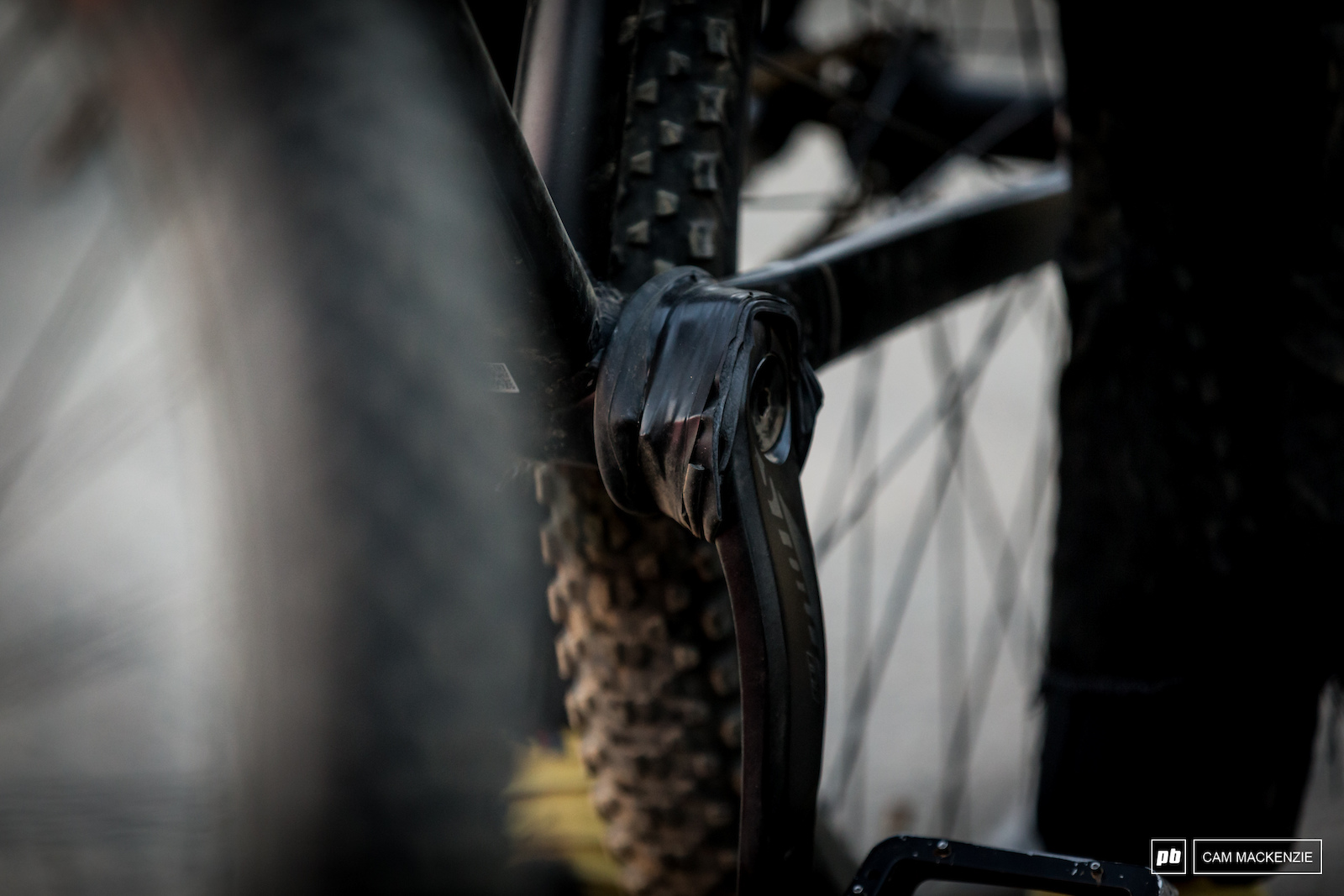 With Joe's go-to trick being a decade, a makeshift crank stopper was required. 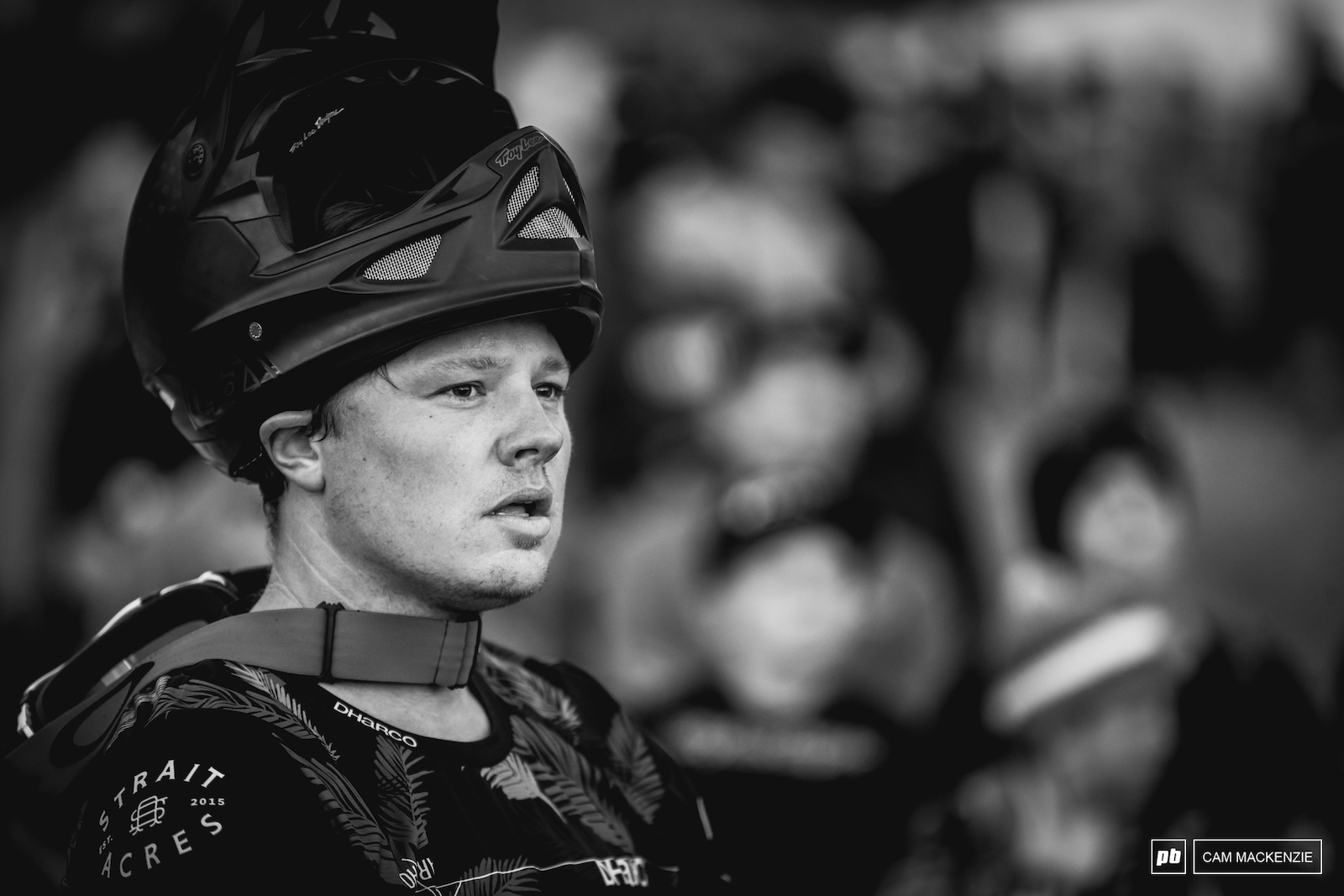 Kyle was hungry for redemption after last nights pump track disappointment. He had to settle for third after a critical mistake and a crash in his semifinal run cost him the chance to compete in the gold medal final. 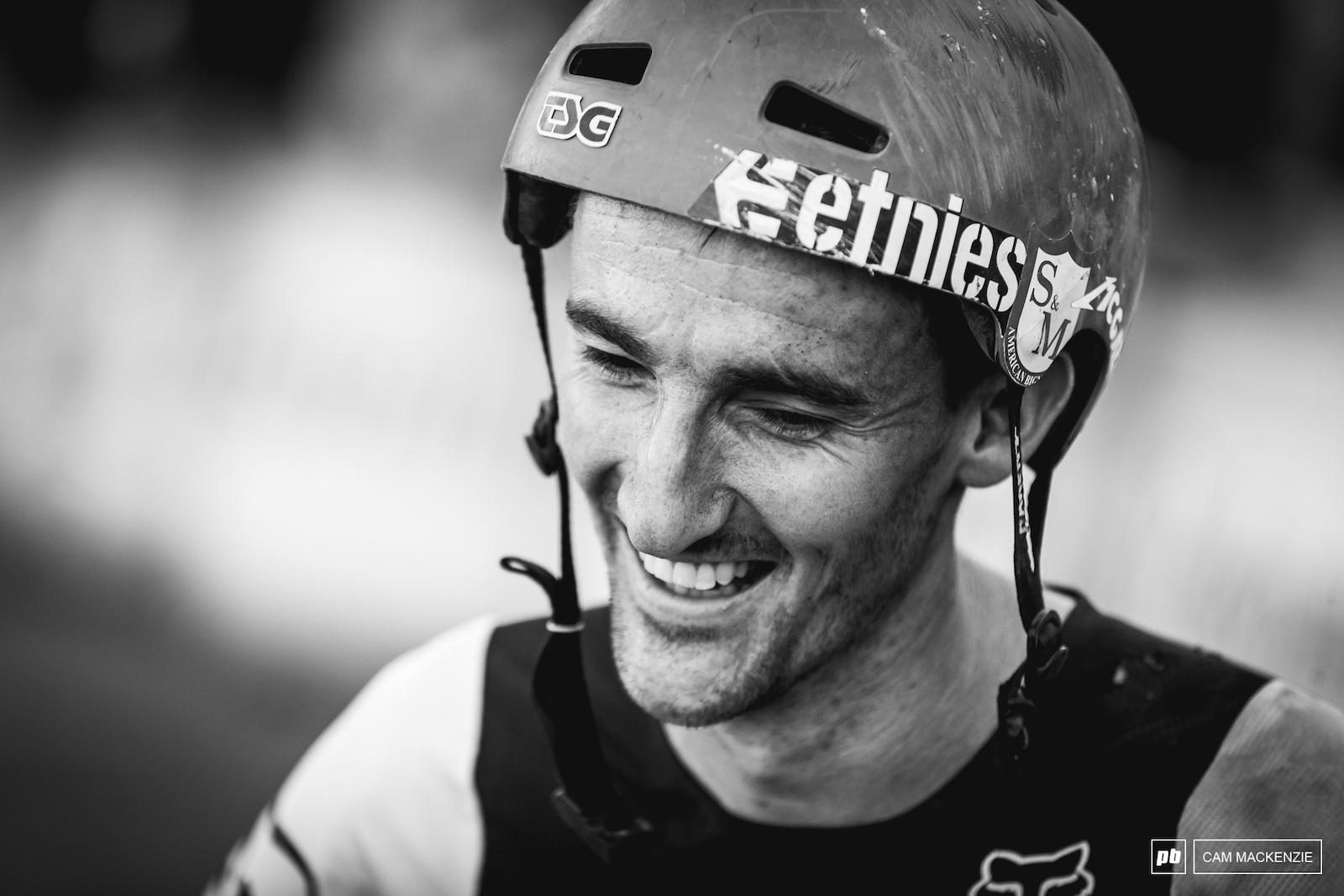 Who could have scripted this! 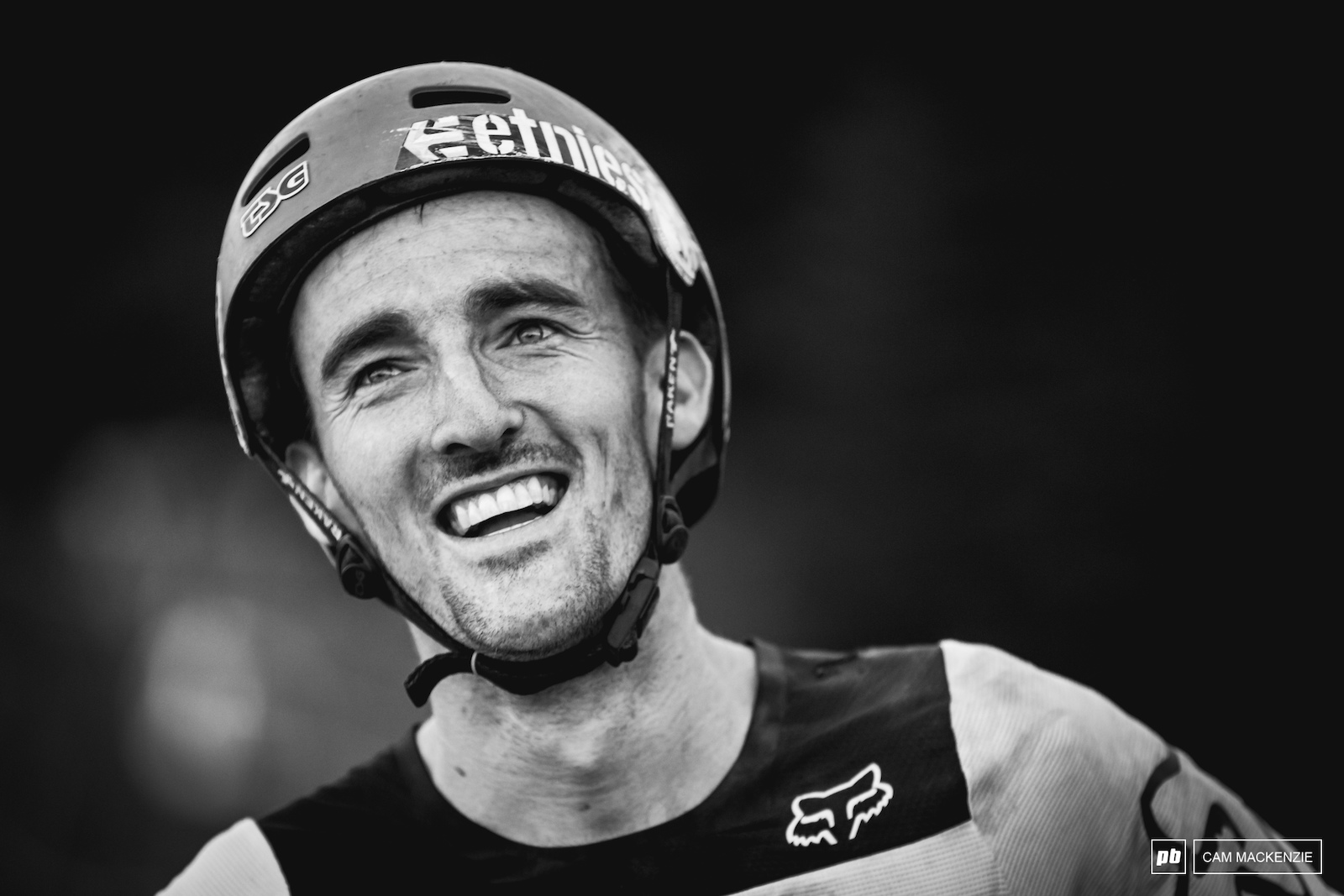 Still smiling even after his collision with Martin in the finals. 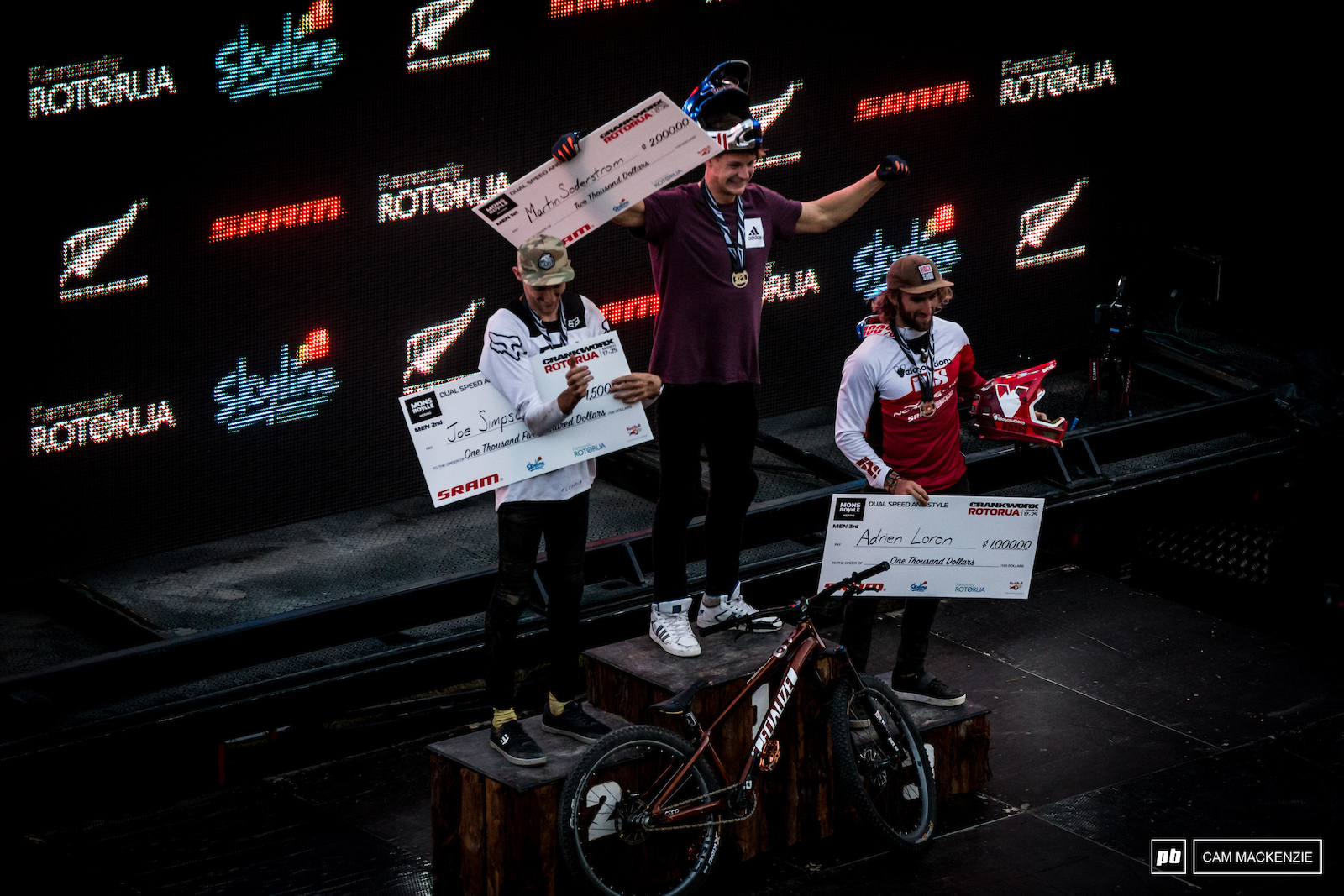