Join Pinkbike  Login
Elka Suspension may have had a small booth at this year's Interbike, but their presence was larger than life. Not only did the Canadian suspension experts debut their new fork cartridge at the show, but they also were showing off a number of the newest and most sought after downhill bikes, all equipped with the Elka Stage 5 damper.

Read on...
Chaz from Cove talks about the lighter and slacker 2011 Shocker

Chaz from Cove Bikes on the 2011 Shocker 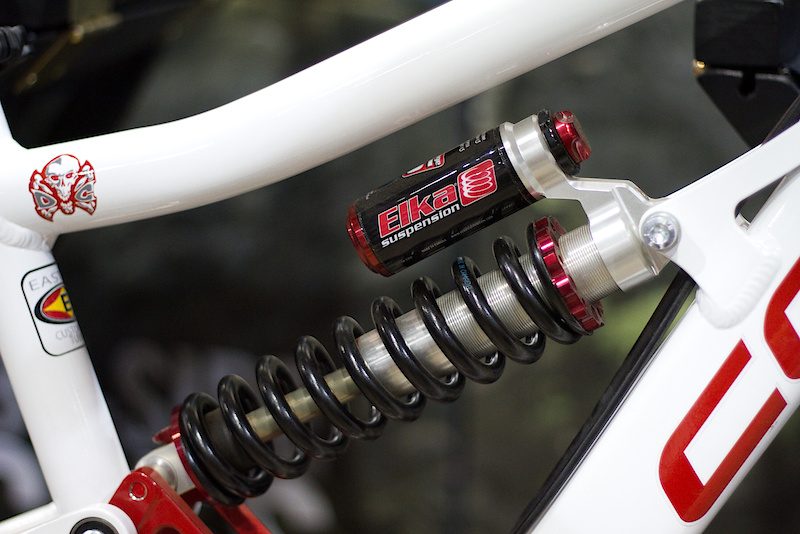 Elka goodness turns the level of Canadiana in this photo up to 11. The made in B.C. Cove Shocker gets a geometry tweak that brings it more in line with other current race bikes, with a 64 degree head angle and a 1.5" head tube that will let you tweak it further using different headset cups. While this latest revision of the Shocker is lighter than previous models, I'm willing to bet that it still retains the burly and trouble free ride that has made it a top privateer choice.

Brent Foes on the new Foes Hydro and Elka Shock

Dave Turner talking about the DHR with Elka 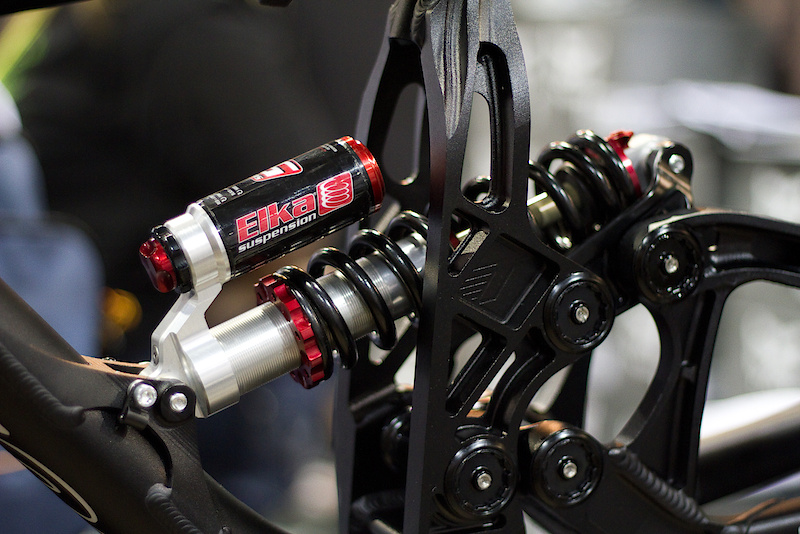 Dave has been using an Elka damper throughout the prototyping process of his new DHR and this has allowed Elka to come up with a tune that best suits the dw-link equipped race bike. Good to see some can-am know how coming together on the new Turner. 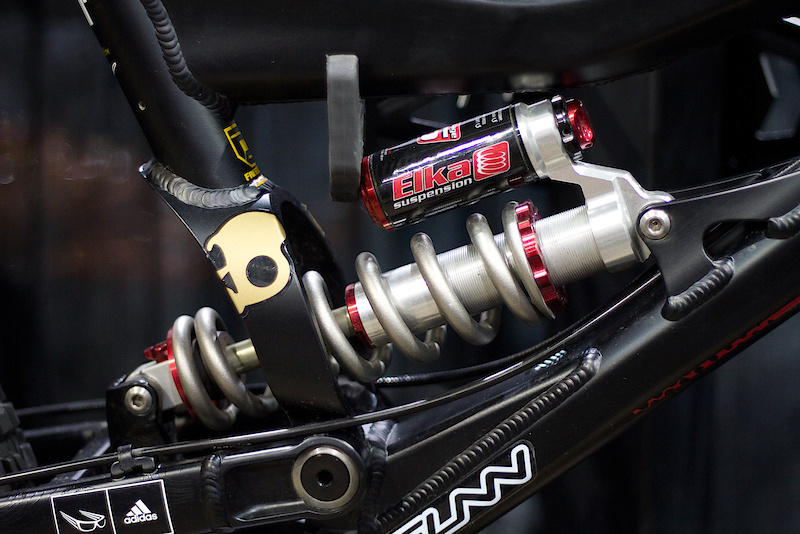 I can pretty much guarantee that Steve's Boot'r sees more time off the ground in a single day than your machine does all month. I tested the Boot'r a few years back and was blown away by how well the bike pedaled and tracked. In fact, I'd still list it as one of my favorite big bikes of all time. That's right... and the complete bike retails for less than many boutique bare frames. The '11 Boot'r gets updated with more current geometry numbers, including a slacker head angle. Hear me now, this will be one of the sleeper hits of next season.

Did you miss the new Elka Suspension fork cartridge? Check it out here!

anarchistx (Sep 26, 2010 at 4:40)
Man I love Cove, my 2007 Shocker is awesome but may have to trade in for the new one. Listening to Chaz talk on the vid... It obviously makes you very relaxed just talking about it! Hmmm wonder if his personal one is GREEN and he does'nt make a HASH of riding it........;P

jodyreynolds81 (Sep 26, 2010 at 5:05)
i think he'll do ok as the bike he rides is super dialed and he has got awesome style and bike control but i also think the results will be very close.

dirteveryday (Sep 26, 2010 at 17:17)
It's not like he quit shredding...he just quit being so visible. Call it growing up a bit and taking his "career" more seriously, as that's what it is. I remember these same questions popping up when Berrecloth shaved his head, started wearing jerseys instead of sleeveless T's... He prob wouldn't still be in the game at all if he didn't evolve. And if you ask me, Romo has a bit more stake in the game with his tour biz, etc. And he's actually out there pushing product, not just flaunting a bad attitude and being an ass in general...heh heh..

jodyreynolds81 (Sep 26, 2010 at 17:53)
i completely agree,the romo just shreds the trails he's had a huge influence on my riding.and i love how he's helping to push the mongoose product along with elka etc.

boulder174 (Sep 27, 2010 at 0:48)
Ive watched Romo for years on videos..he's been one of my fav freeriders to watch..im looking foward to seeing the "romaniak" again shread that mtn October 1st.

ninjatarian (Sep 26, 2010 at 2:53)
Seriously? Thats like my dream fork, hand build in Wisconsin to perfection.

nato (Sep 26, 2010 at 12:41)
I rode Romo's bike around Silver Star a couple weeks back and the fork is the best feeling i have ever felt. He said it is out of the box with no work or maintenance since Feb. Same oil, seals, everything. Felt mint.

iggzdaloc (Sep 26, 2010 at 13:55)
Elka's producing fork cartridges in the future and that's basically as close to a fork as they need to get.

how many thefts have there been at i-bike this year so far?

luke-xcess (Sep 27, 2010 at 10:04)
that turner with the elka is pretty much my dream bike. Rode a demo one at crankworx, was so nice just felt like it floated over everything, even with the wrong weight spring.

pintsize (Sep 26, 2010 at 11:59)
Elka, Quad suspension company!!! thats not the best knowledge, when will proper companies like Showa or KYB produce stuff?