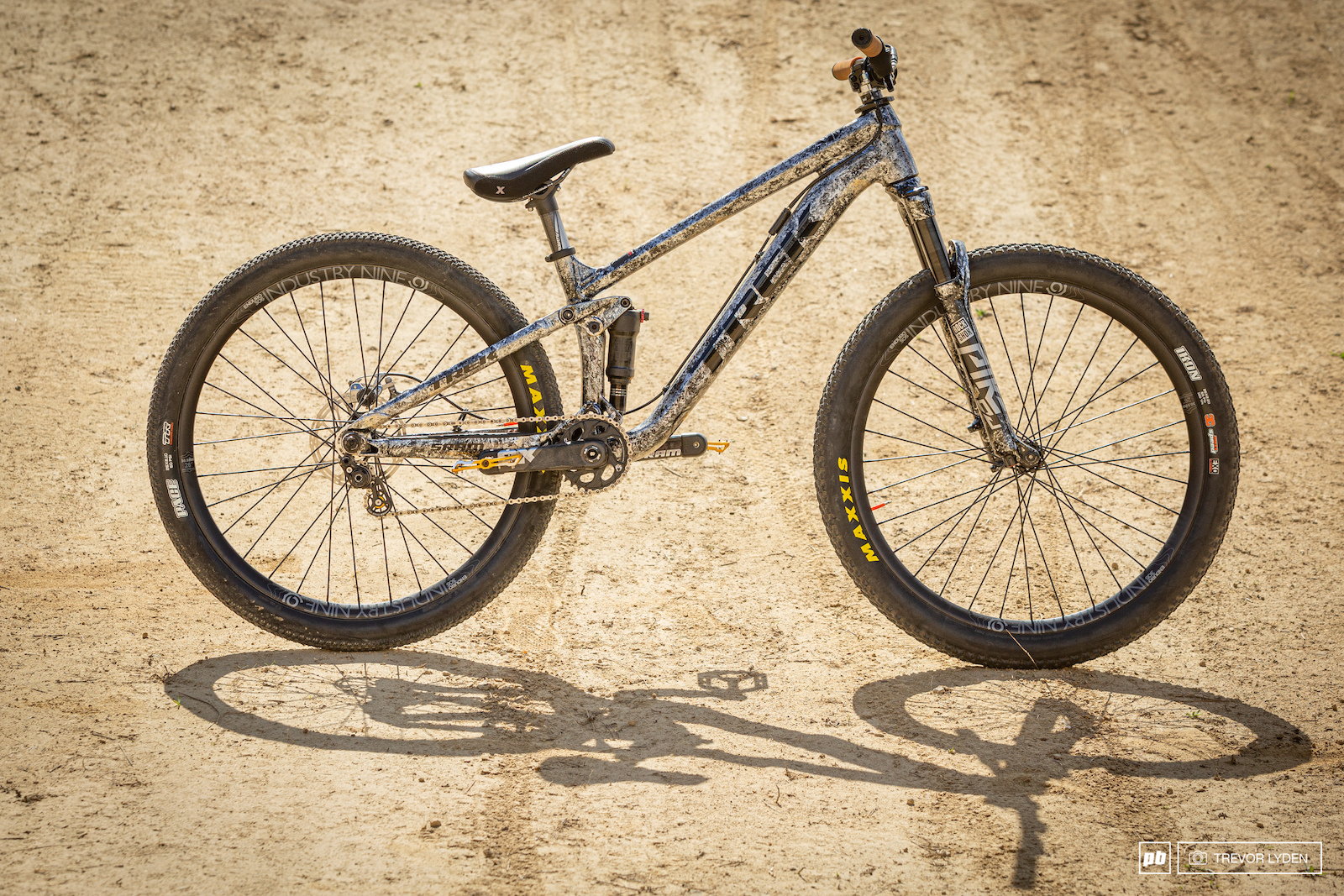 Emil Johansson is coming into Crankwrox Rotorua looking to pick up where he left off after his win at Red Bull Joyride last year. Emil is struggling with an autoimmune disease but has been looking strong in practice. As is customary fashion for Trek slopestyle riders, he has a sick new custom paint job on his Trek Ticket S. 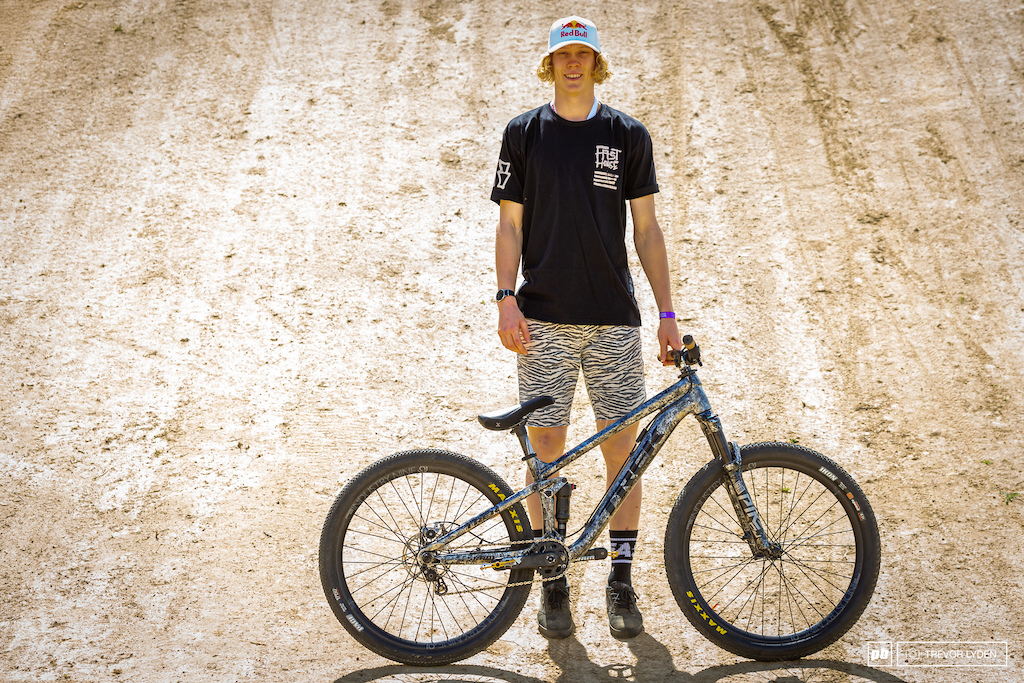 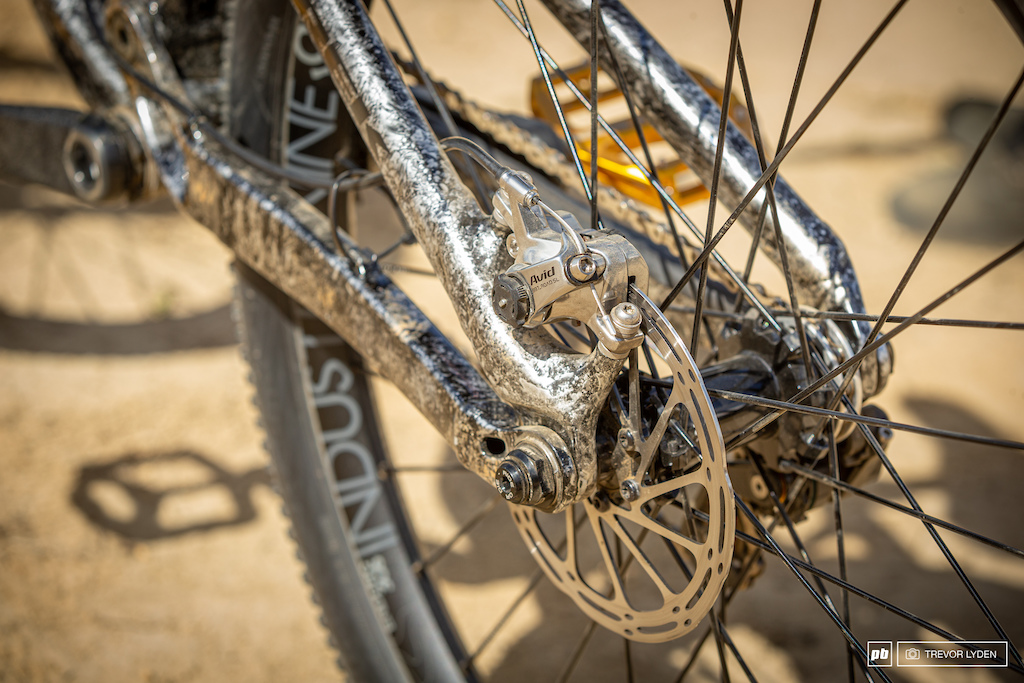 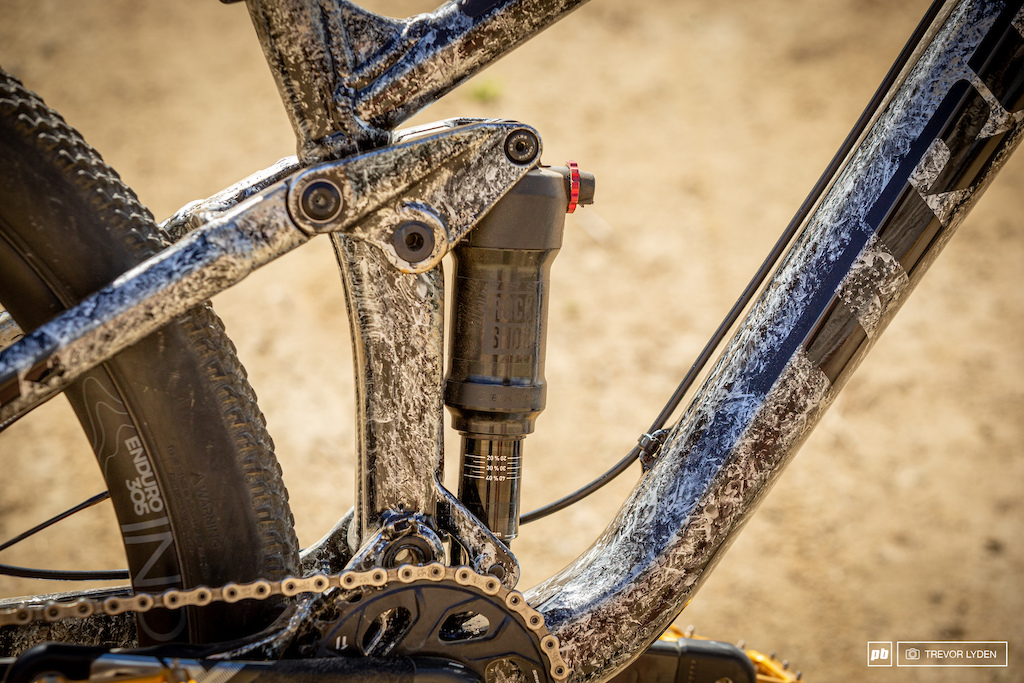 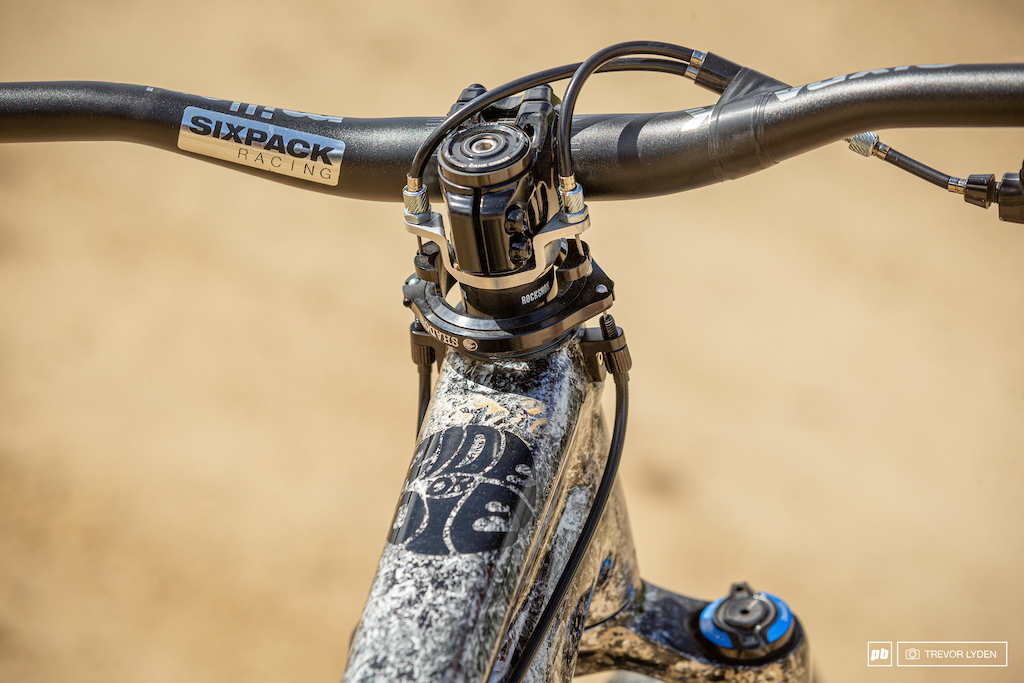 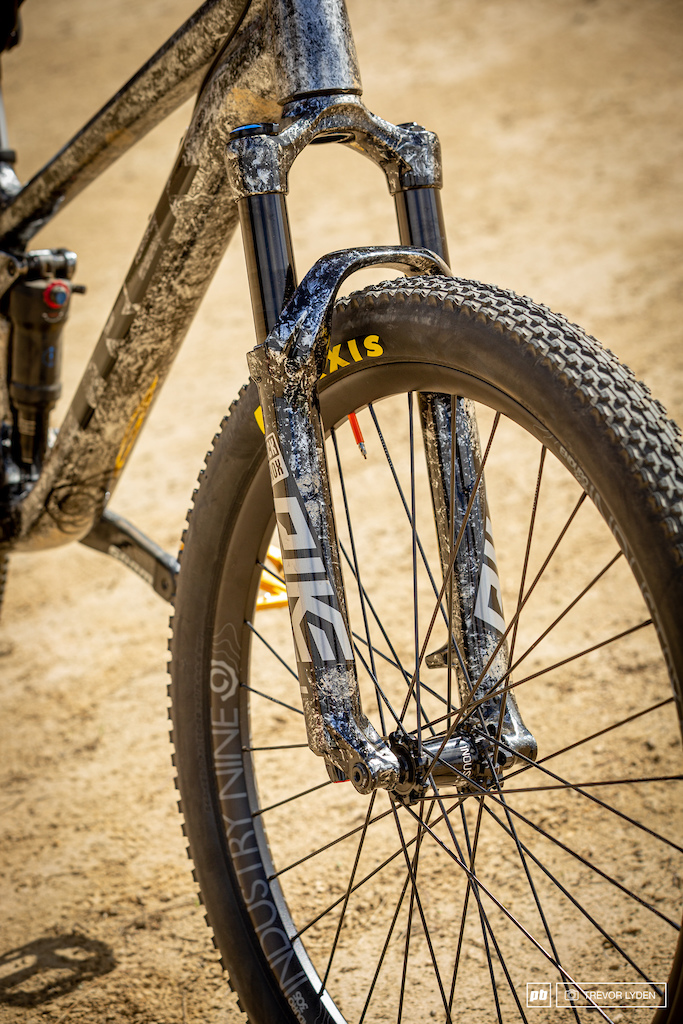 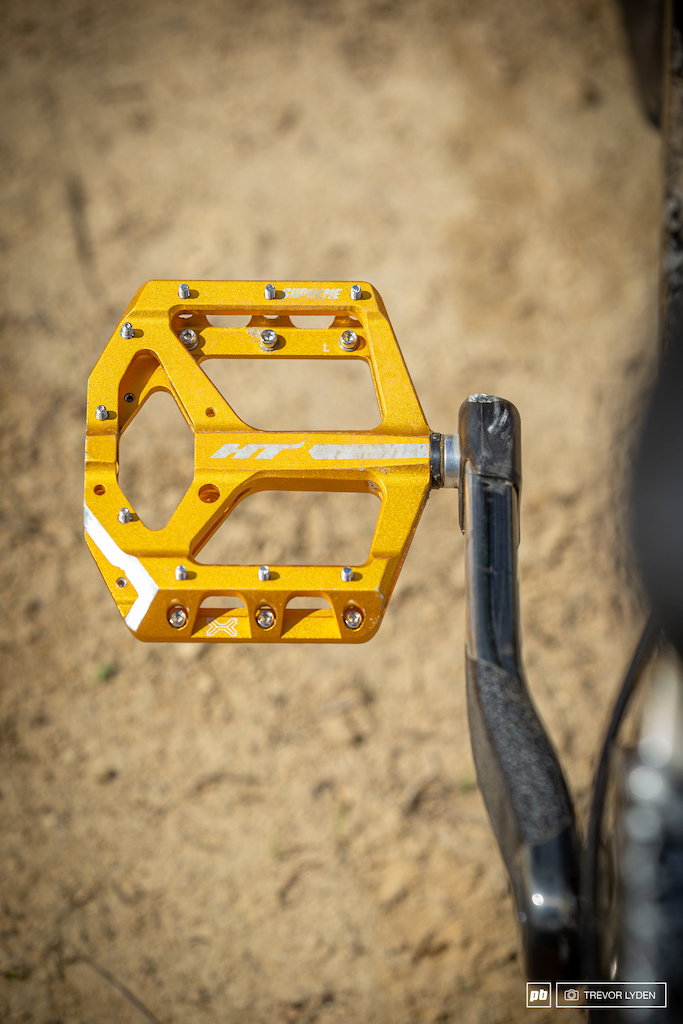 If you're doing as many barspins as Emil, you gotta have a gyro set up. 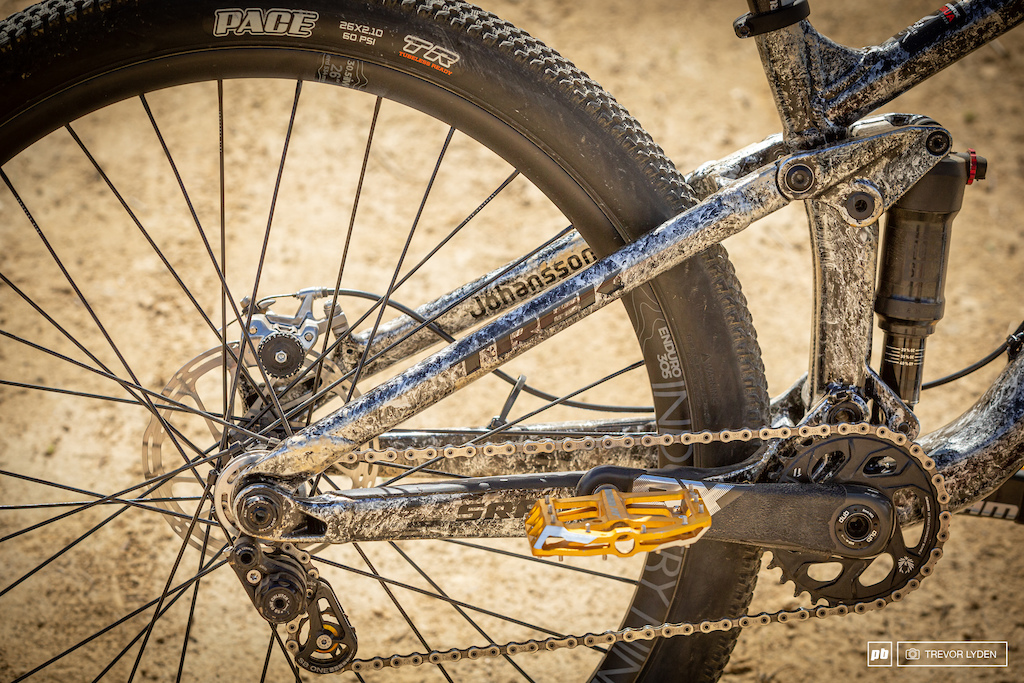 Standard single speed set up for Emil, but he said he would have brought a free coaster if he had seen the new feature on course before flying out. 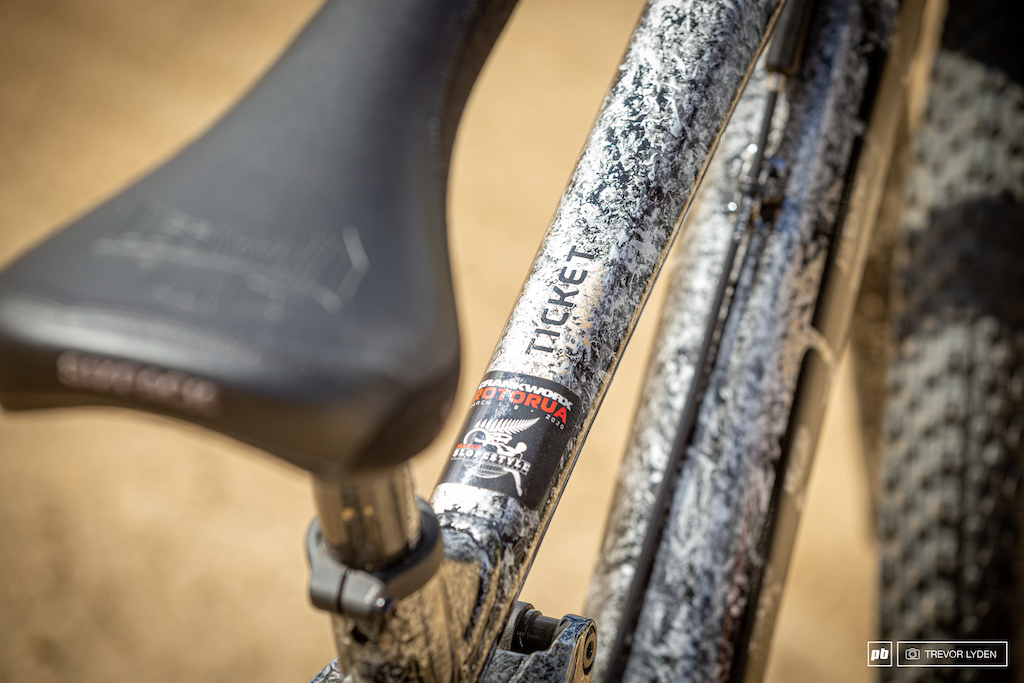 We can't wait to see what Emil can pull off in the first Crankworx Slopestyle of the year.

In all seriousness, I am stoked for Emil. There's nothing better than hard work and determination paying off. Emil, you're the people's champ! Awesome job man!

freestyIAM (Mar 6, 2020 at 19:23)
i see what you are saying. I think its a) SS bikes are just kinda small and b)he is standing uphill from the bike on that slope and the photo doesn't convey and distorted as him seeming oversized.

adrennan (Mar 6, 2020 at 19:56)
I like how they very intentionally avoided the stem in pictures and descriptions

Tannerstolt (Mar 7, 2020 at 8:34)
@Kimura: because it is very obviously a Chromag stem, SixPack probably do not have a 31mm option for him yet

Zeatalion (Mar 9, 2020 at 8:17)
Stoked to see Sixpack as new sponsor, I like their gear. Having said this, a little weird to see the HT pedals! The best of luck to Emil though

BoneDog (Mar 11, 2020 at 5:23)
That guy is an absolute monster, like take a moment to consider the fact his handlebars are well below the belt.

freestyIAM (Mar 6, 2020 at 19:25)
I know they are fine for this application but my hands cramp up instinctively just look at some avid mech brakes.

BobbyHillbomb (Mar 6, 2020 at 22:21)
If your hands are cramping up from braking on dirt jumps, you have a lot bigger problems to worry about.