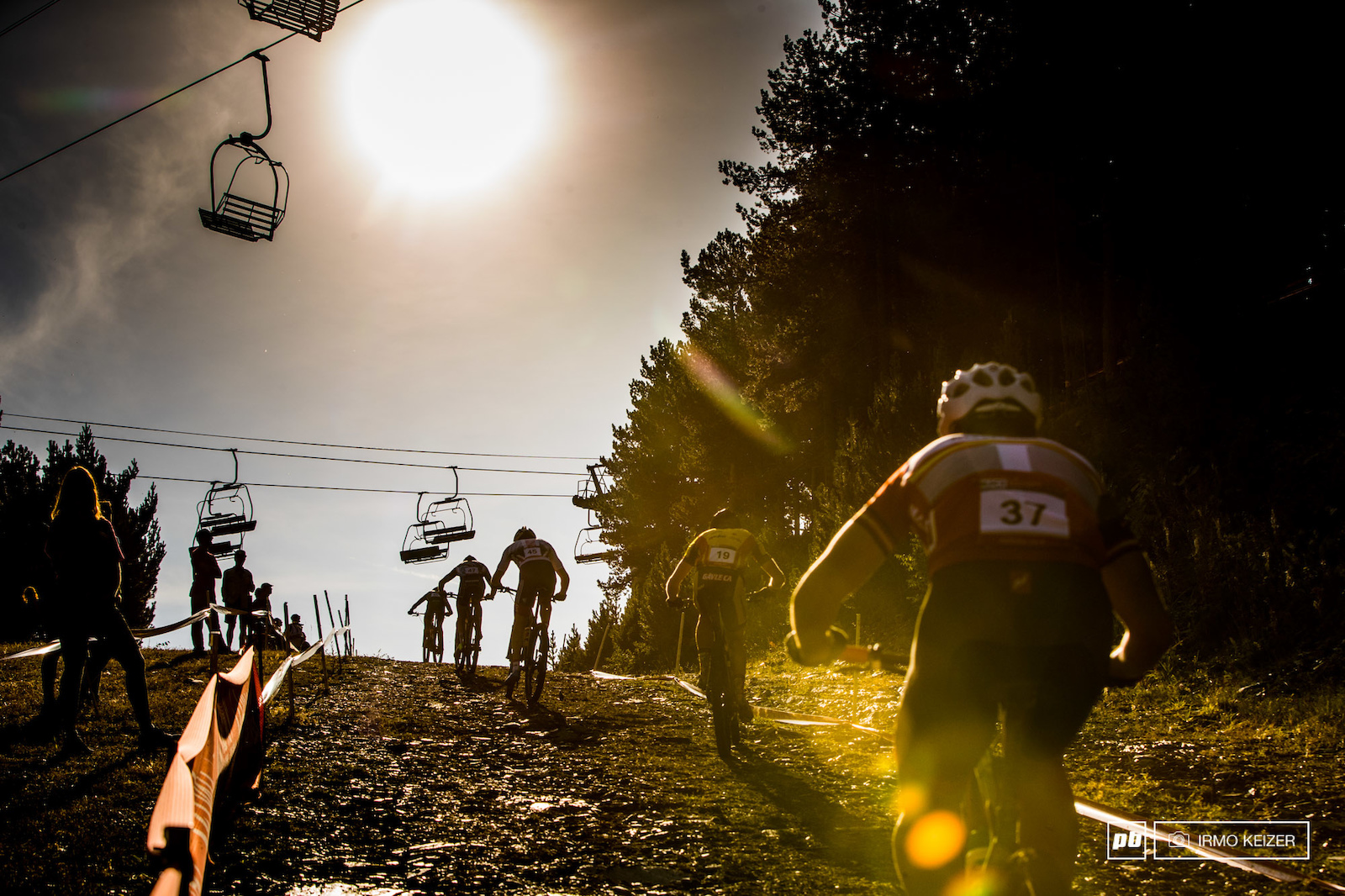 Welcome to the longest season's grand finale. A race after riders have peaked and laid it all on the line for their countries twice already and are now literally running on fumes. With the Games gone and the final race at altitude here in Andorra, it was time to see who fared best during this grueling season. The men's field yielded favorites Nino and Julien, while the women's field held more contestants, and the women elites saw some of the best racing this season. Jenny Rissveds surprised friend and for by taking the Olympic gold in Rio, catapulting her to one of the favorites in Andorra. But, first off the bat are tomorrow's champions, the U23 men: 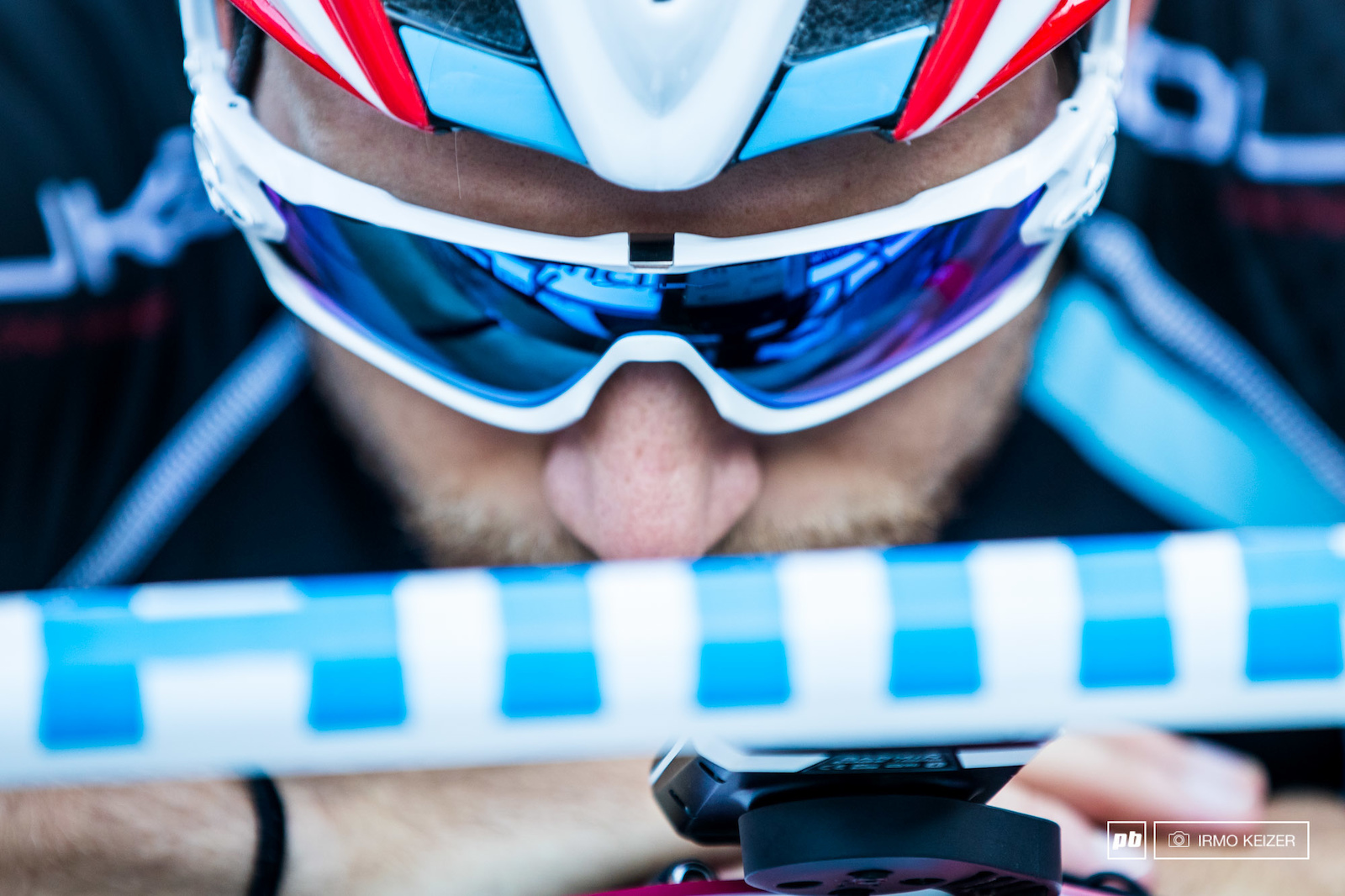 Moments before the start, riders each have their own way of zoning in. 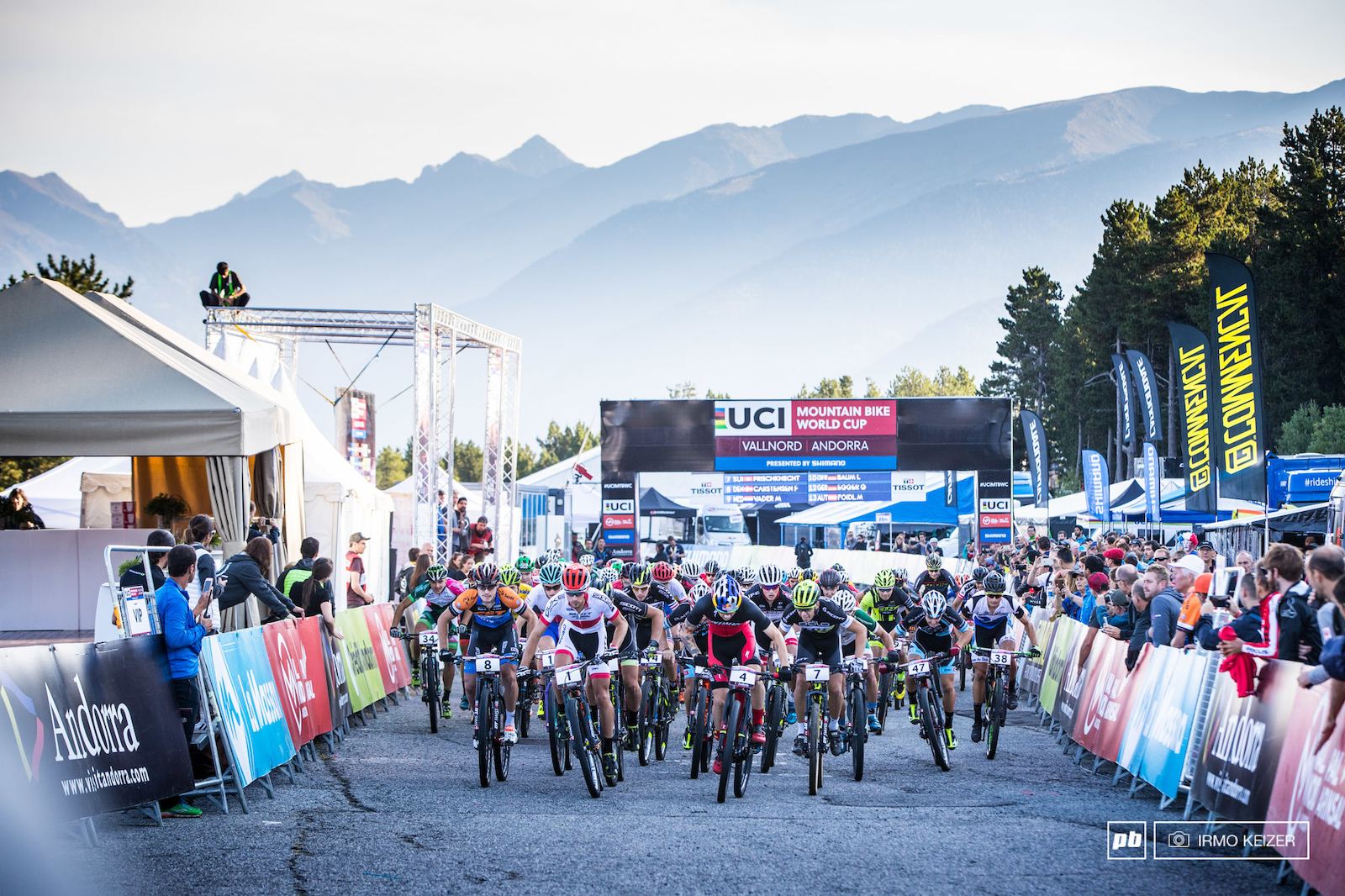 As the sun lights up the mountains, the men's U23 field is away for their final race in 2016. 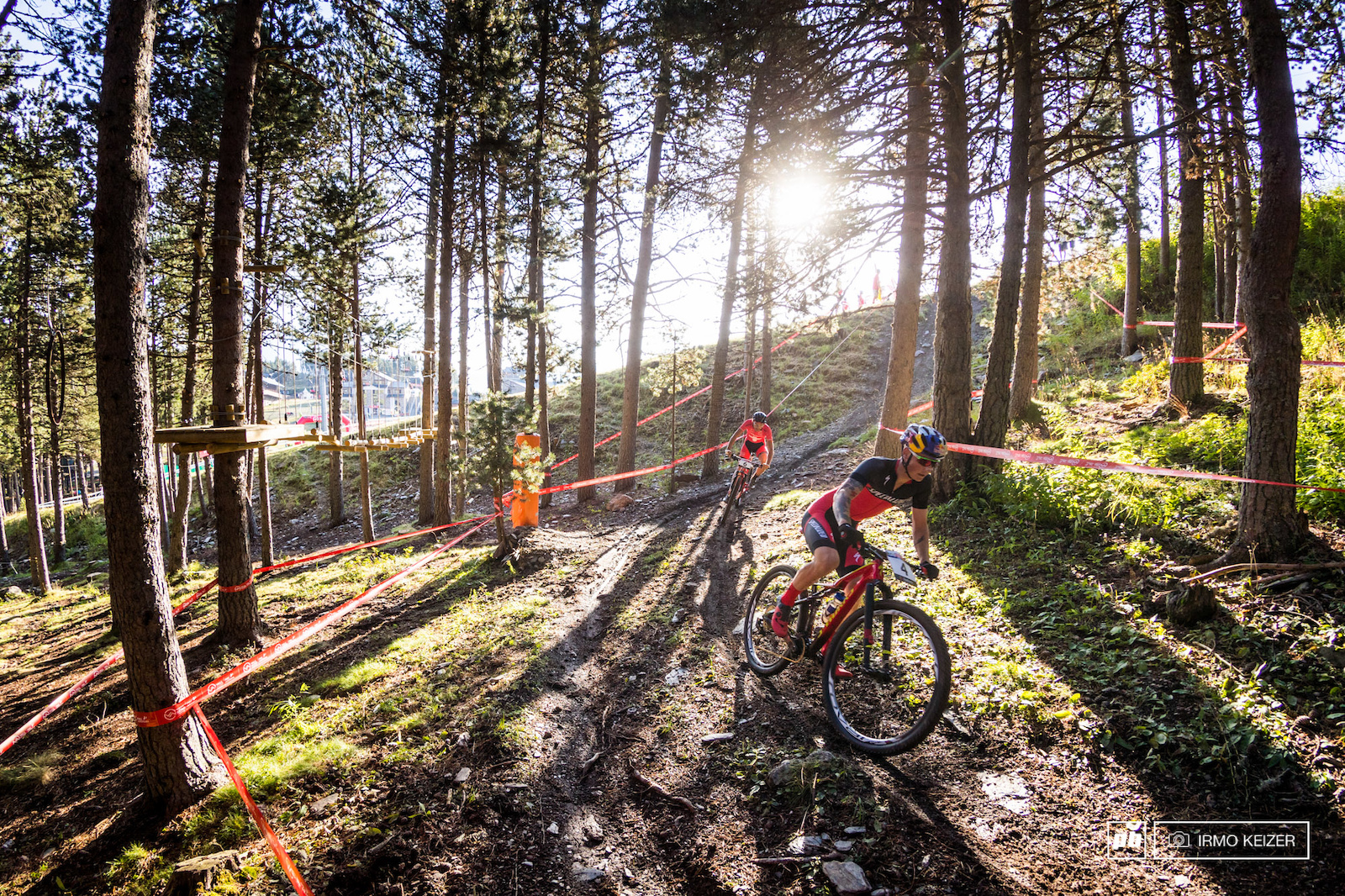 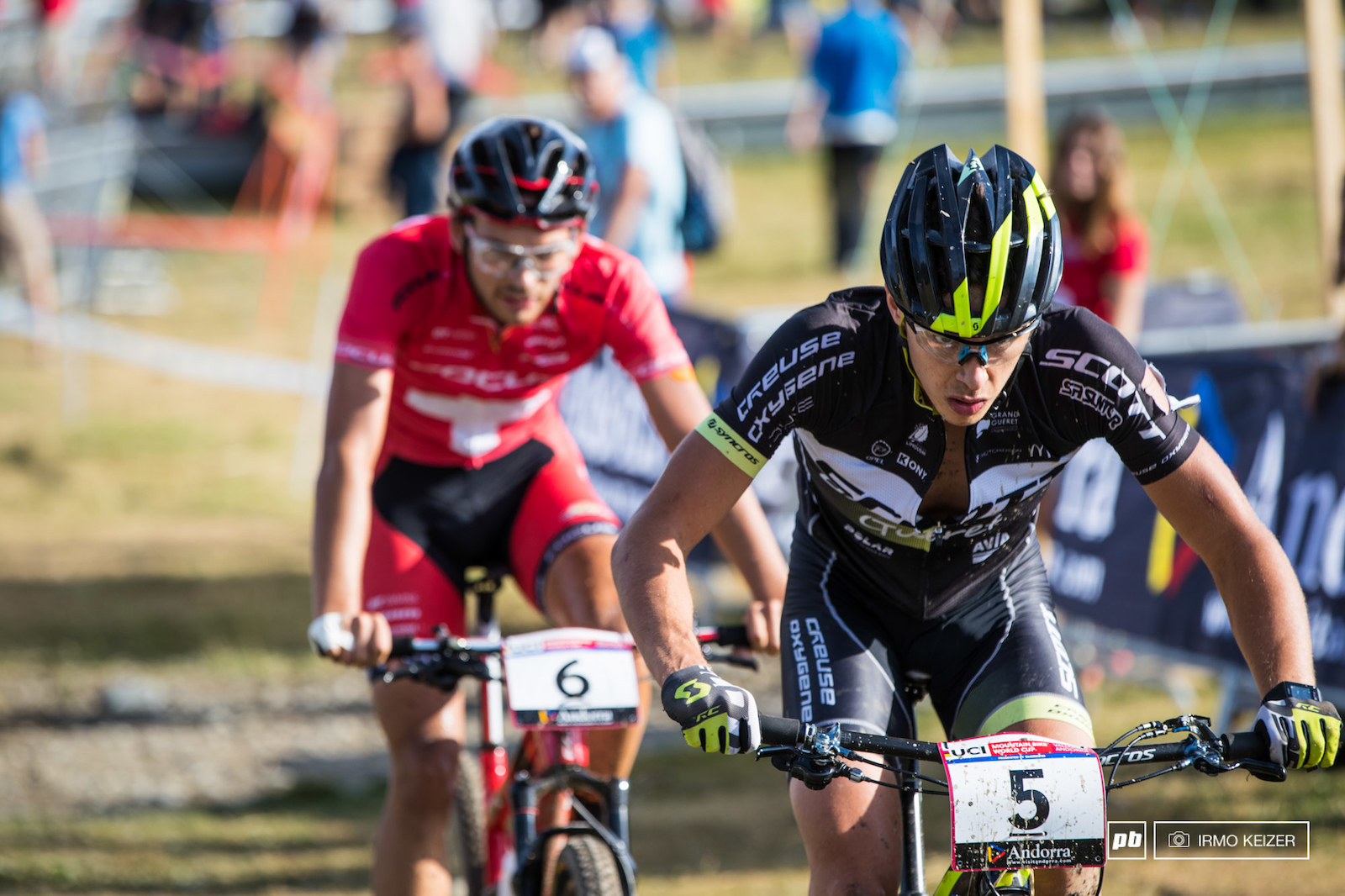 Antoine Bouqueret pushed hard as he led the race in lap two. 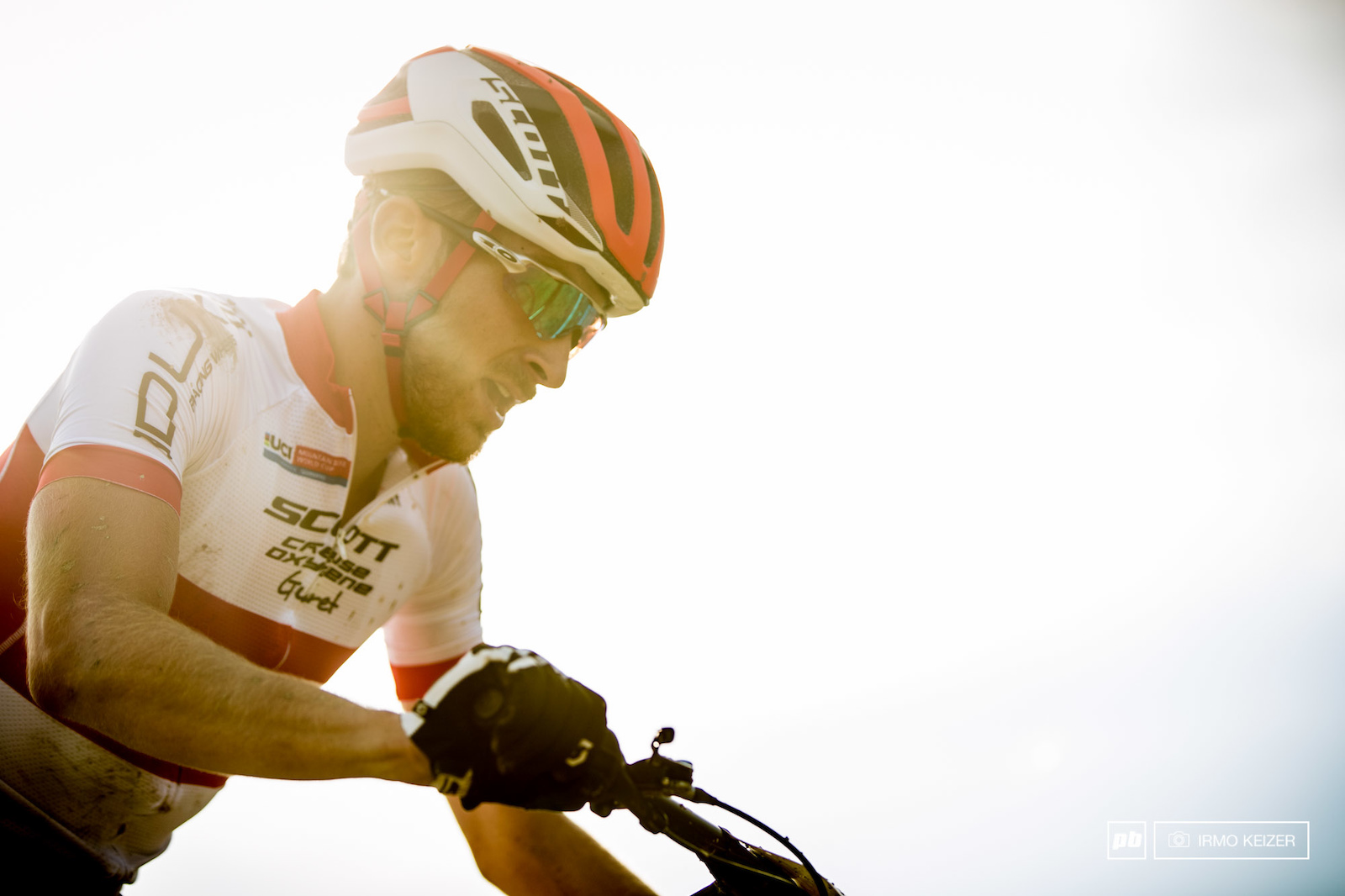 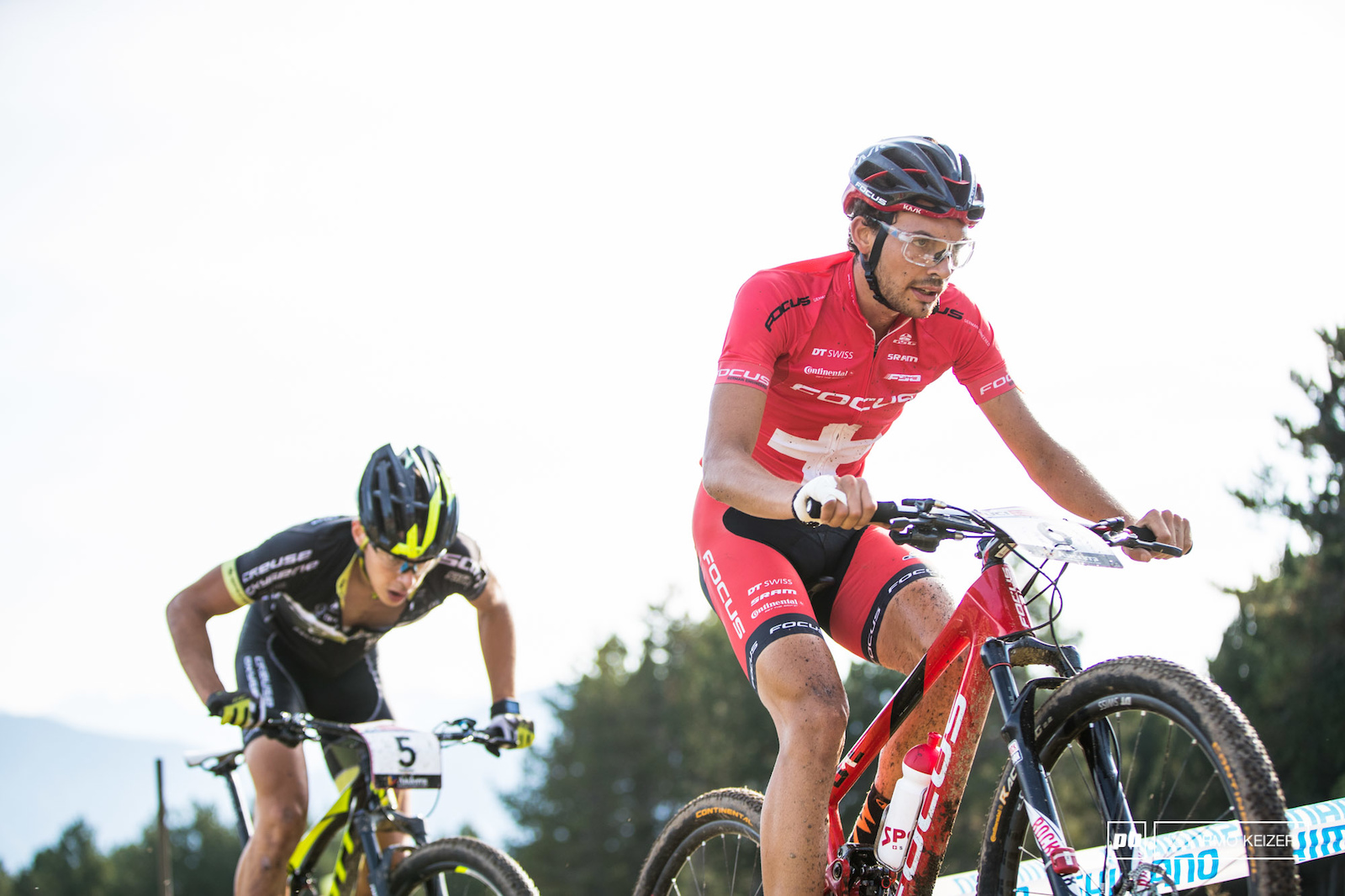 Marcel Guerrini rode a solid race, which saw him take the win in Andorra. 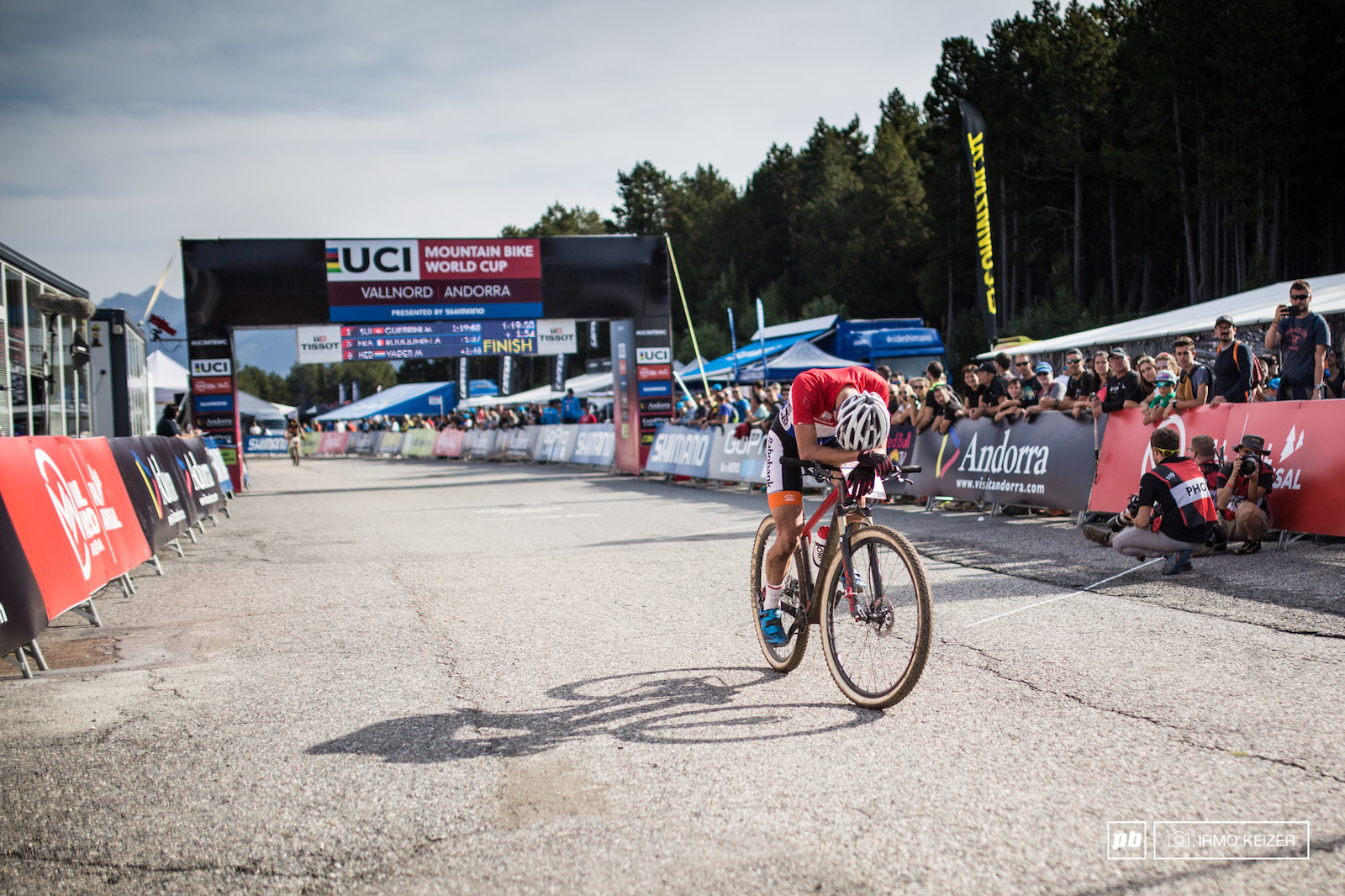 rrsport (Sep 4, 2016 at 22:45)
@Rabbuit: They generally do but people still get held up on the main lines due to crashes or not wanting to take the slower b line

WayneParsons (Sep 5, 2016 at 9:10)
once there's a pile up, its often faster to get off and run your bike, lame or not. if you happen to be running your bike you are not going to let people by, that's just silly.

mtshakira (Sep 5, 2016 at 9:11)
I agree. That picture made me sad. If you can't ride it, it seems ridiculous that the people behind you who can (because they are better bikers) should have to walk too. It's not a good look for women's mtb - and I am a huge advocate for women's sports.

johannensc (Sep 5, 2016 at 11:30)
The problem with rules like this is that these rock gardens are extremely difficult to ride cleanly every time. Especially in the first lap, people get all bunched up and are forced to get off. Even the best riders will bobble and slow everyone else down. Even Nino has messed up a rock garden or two in his lifetime. It's just a part of racing

LeDuke (Sep 6, 2016 at 16:57)
I'm guessing most of the them CAN ride it; they got held up, slowed or stopped by traffic jams. I'm also guessing most people commenting have never done a mass start race and experienced a bottleneck before.

Rabbuit (Sep 7, 2016 at 16:42)
@LeDuke: I'm sure most people on here have done a XC race before and enjoyed the fun of the first lap traffic. In the photo it certainly doesnt look like a bottle neck situation and even so, all the organisers would have to do is close the a line for the first lap so the riders can spread out. My point is, you should have to ride the features or do the B line. That will enocurage people to have more skill, take more risks, start running droppers or longer travel rigs, which will make it more exciting. If i was capable of riding a section and had to dismount becuase the person infront of me was walking I'd be annoyed.

rrsport (Sep 7, 2016 at 17:21)
@Rabbuit: Its racing. Shit happens. Its more likely to have been caused by a bottle neck at the top or someone crashing at the bottom and people opting to run it

cayo (Sep 4, 2016 at 21:06)
First year that I began watching XC again... Fantastic racing and riding.. Great courses and viewing.. So much respect for the riders

flatpedalsrule (Sep 5, 2016 at 8:46)
Thanks for the outstanding coverage and pictures throughout the season Pinkbike! This site is the best, and it is the first site I log into to start my day. Oh, I am Whistler Bound in Two freakin' days!!!!!

BorisBC35 (Sep 5, 2016 at 4:00)
They seem to be everywhere at the moment. One minute everyone's wearing Jawbreakers, next thing it's these. Maybe Adidas are giving them out.

MrZ32 (Sep 5, 2016 at 0:18)
I want a trek factory racing wolf.. saw and immediately scrolled to comments section to post. Now to go back through to read the rest

davereid (Sep 6, 2016 at 20:07)
Edge of the seat moment. When Pablo Rodriguez put his arms up claiming third place, and seeing Maxime Marotte nearly taking it from him sprinting behind him to the line.

lucky13p0 (Sep 4, 2016 at 23:12)
Nino on the maxxis aspen tire. And a flat one. He changed from Dugast to Maxxis because he want's less flat tires. An important change with a bad end. I hope Maxxis can restore the confidence. Congrats to Julien, what a great rider. And Nino, now you have a goal for next year. Thx to the riders a great xc year.

mountaincross (Sep 5, 2016 at 4:45)
Seems to me he had a pretty solid track record on Dugast; not any unusual number of flats over the years. He started flatting out when he switched from 27.5 to 29er wheels. Probably just coincidence though...

jclnv (Sep 5, 2016 at 7:53)
Said it before but I'll say it again. The reason he's rear flatting is no dropper. He's an immense descender but that extra amount of space between ass and saddle with a small dropper would allow him to descend with bent rather than straight legs and absorb more square edge in the process.

Someoldfart (Sep 5, 2016 at 13:15)
The Dugast tires were tubular. I don't think those Maxxis tires are though. Might be one explanation. Tubular rims are pretty blunt and less likely to pinch.

rrsport (Sep 5, 2016 at 13:23)
@Someoldfart: I'm wondering if he isn't using dugast because he doesn't like the current 29er dt swiss tubular wheels

tigerteeuwen (Sep 5, 2016 at 7:30)
Neff is back, glad to know her back issues didn't seem to bother her this race, and she still rode a hardtail! Nice

bikeinbih (Sep 5, 2016 at 9:51)
She said in the post race interview that the FS bike was also part of the solution for her back pain problems.

conv3rt (Sep 5, 2016 at 14:27)
So much respect for these racers. Gunn Rita still racing? Incredible. And that shot of Absalon's legs. Silky smooth

projectnortheast (Sep 6, 2016 at 9:56)
I'm assuming Nino took the overall though? You'd think they would say something in the article...

Bergsmannen (Sep 7, 2016 at 12:10)
Doesn't the Stoeckli and the Orbeas fullys look very similar? Anyone who knows anything about it?

mcozzy (Sep 4, 2016 at 22:59)
Ludicrous clothing and walking downhill. I just cannot relate to this form of MTB at all.
Post a Comment