by enduro-team
Views: 1,382    Faves: 2    Comments: 0
Last week saw the first ever Enduro2 race in the spectacular mountain setting of Davos Klosters in Switzerland. The biking trails in the area are incredible and with 370 riders from around the world tackling up to five enduro stages a day and leaving on a high, its reputation for world-class mountain biking is definitely going to grow after this event. 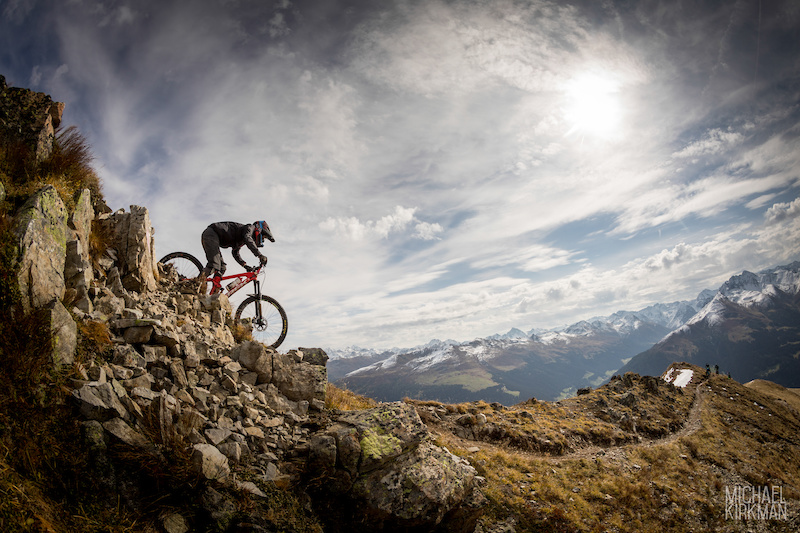 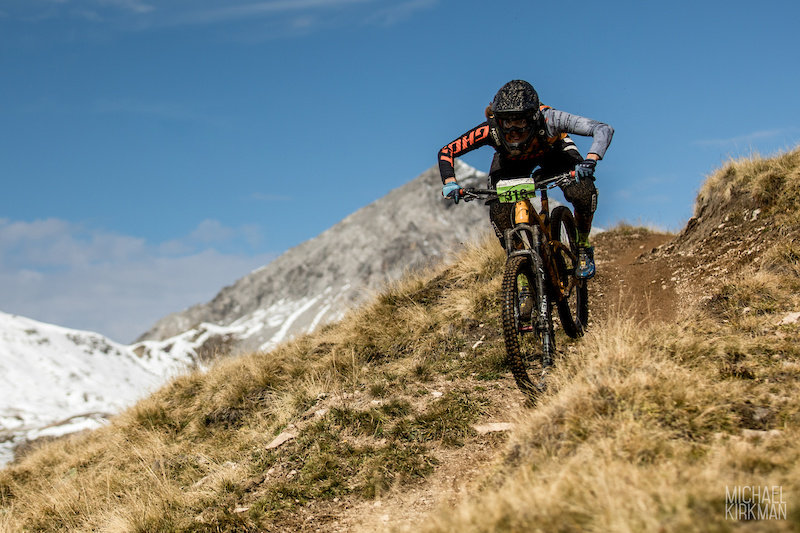 Frantzi Meyer riding for Ghost Factory Racing was one half of the fastest mixed couple in Switzerland with Martin Mühlegger.

Enduro2 is unique in how racers compete in pairs on multiple timed downhill stages. Riders seem to absolutely love how racing with mates against the clock ramps up the fun factor and helping each other safely finish and sharing the responsibility for speed, the whole event atmosphere is more laidback than a typical solo enduro. It was still no surprise though that eventual winners after three days racing were full-time world-class professional enduro riders. The fastest French/Swiss pair of Nico Lau and Gustav Wildhaber represent the German-based Cube Action Team and seasoned Enduro World Series contender Nico even told the crowd from the podium that “Enduro2 was one of the top, best enduro events he’s ever raced’. The first-time Swiss organisers of Enduro2 must have been happy with that compliment. 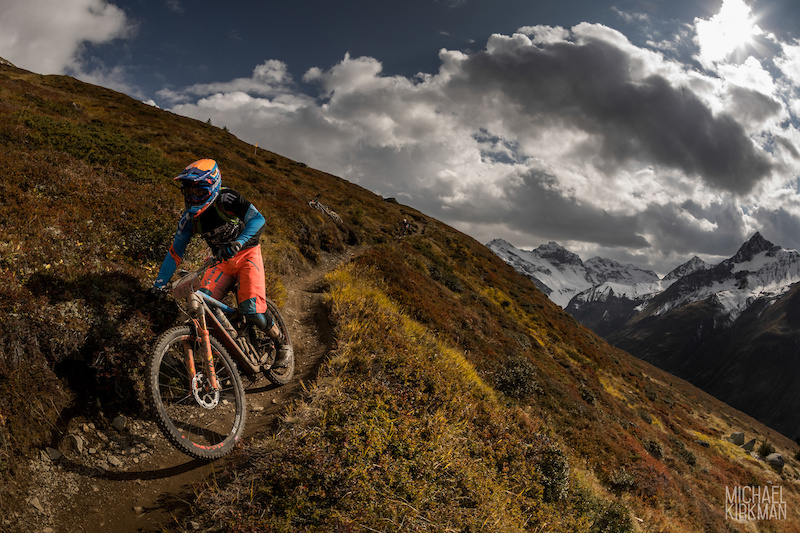 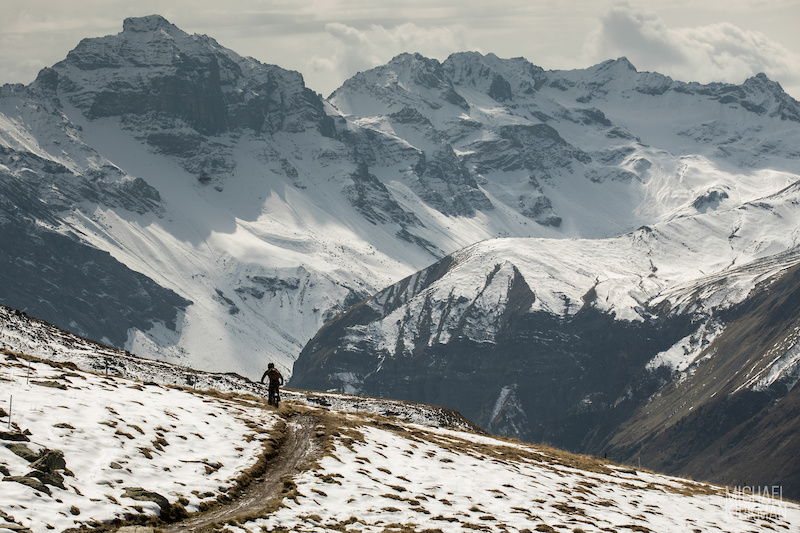 This trail is called the Alps Epic Trail for a reason...

Even for European racers familiar with summer lift riding in the Alps, this part of Switzerland called Graubünden tops out at over 4,000m elevation and cranks up the scenery and drama up to number eleven. World Cup DH venue Lenzerheide is over the hill from Davos, but there are just so many huge, sharp mountains jutting into one another in whatever direction you look and also a super-efficient lift system to maximise riding time. 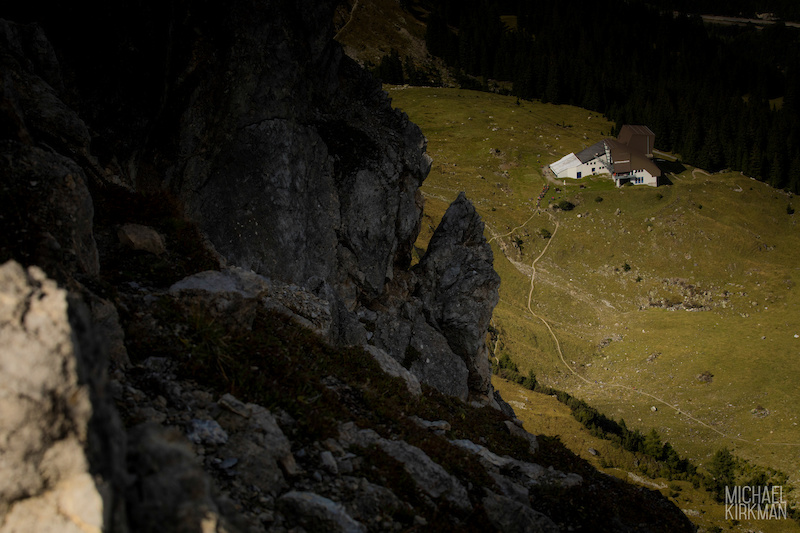 Day One took the racers high above Klosters, a resort so swish it's where the British Royal Family like to spend their winters. 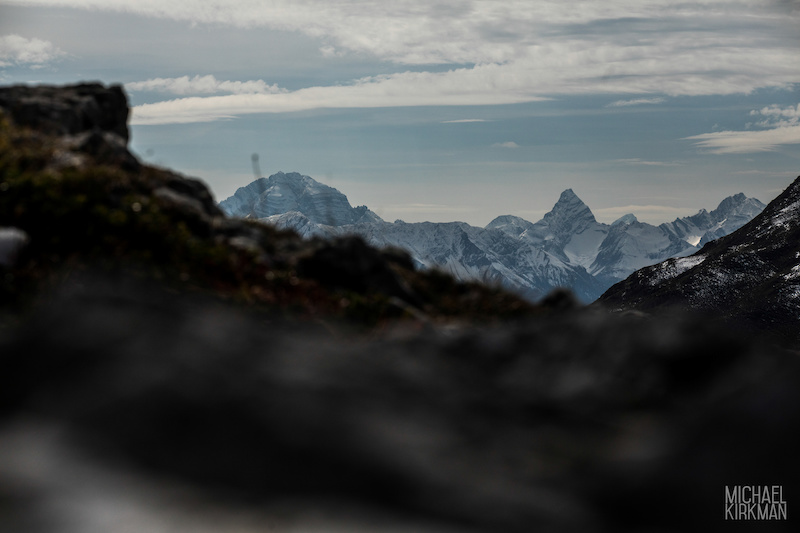 Views in Davos aren't too shabby.. 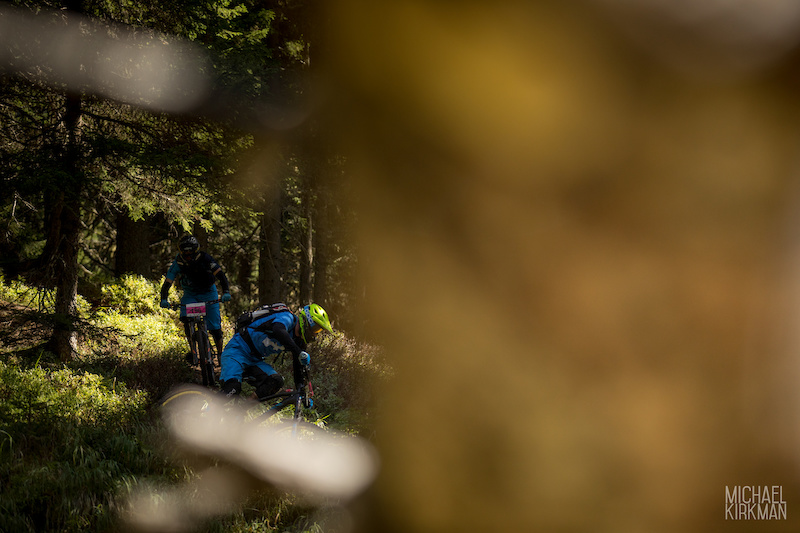 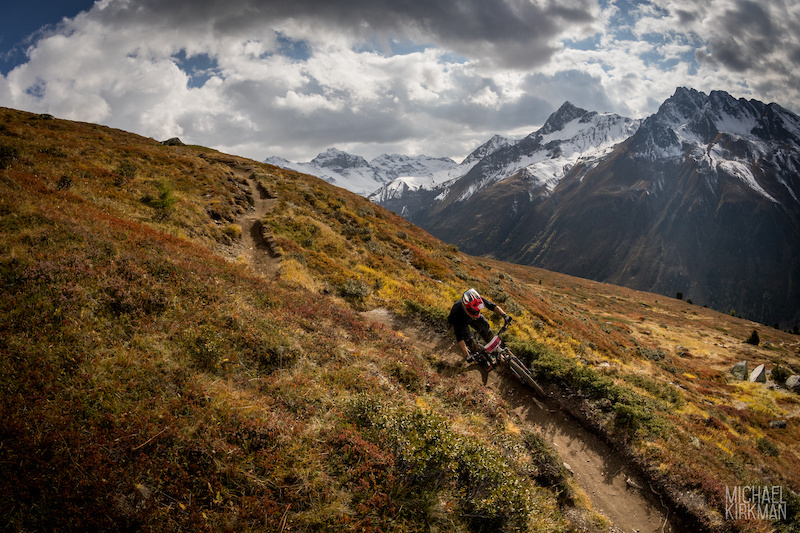 Most of the superb trails raced in Davos Klosters are cared for by a passionate local trail crew with a gift for maintaining incredibly fast and flowing trails high above the tree line. If anything the signature of these trails is how you have a sense you can really let go and trust the terrain and speed, without ever losing that feeling of being out in the midst of nowhere in amazing scenery. The builders never manicure the ground so much or add too many berms and shapes that the riding doesn’t feel natural. 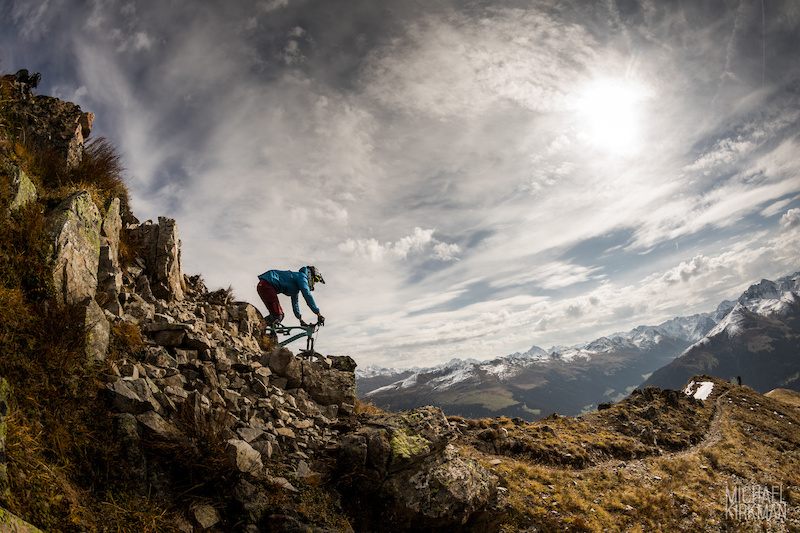 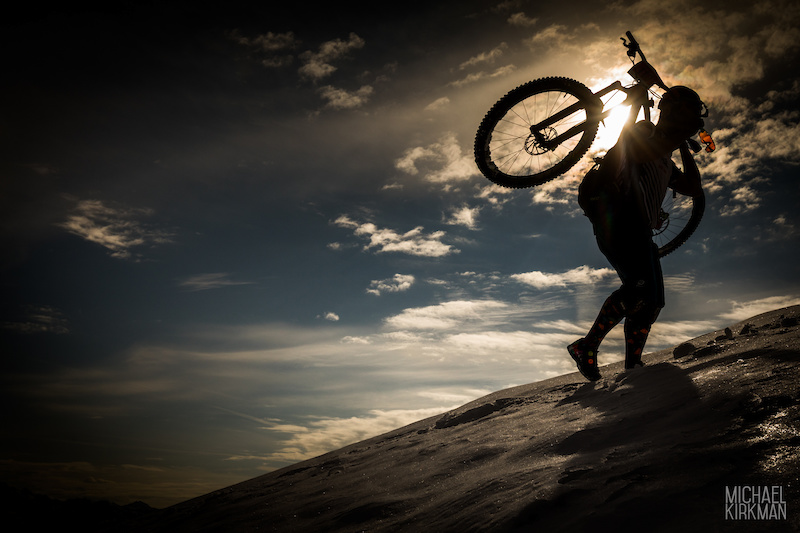 No one was complaining about an hour and a half liaison above the Parsenn lift... 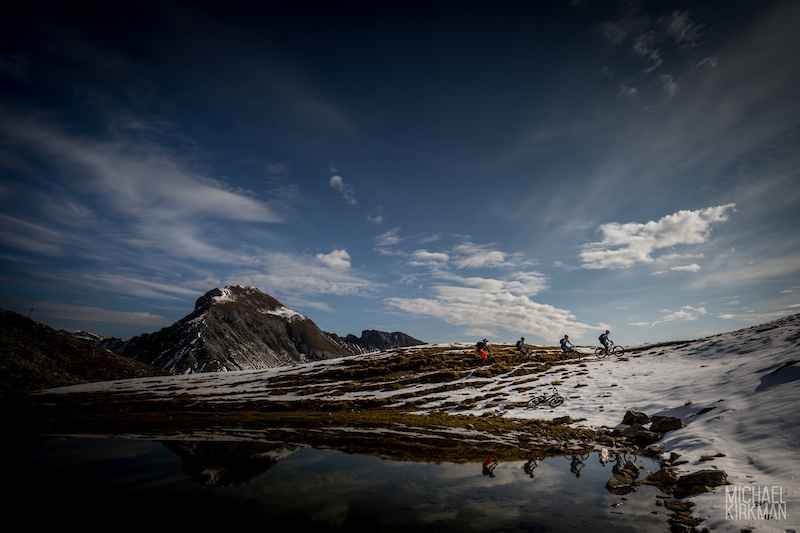 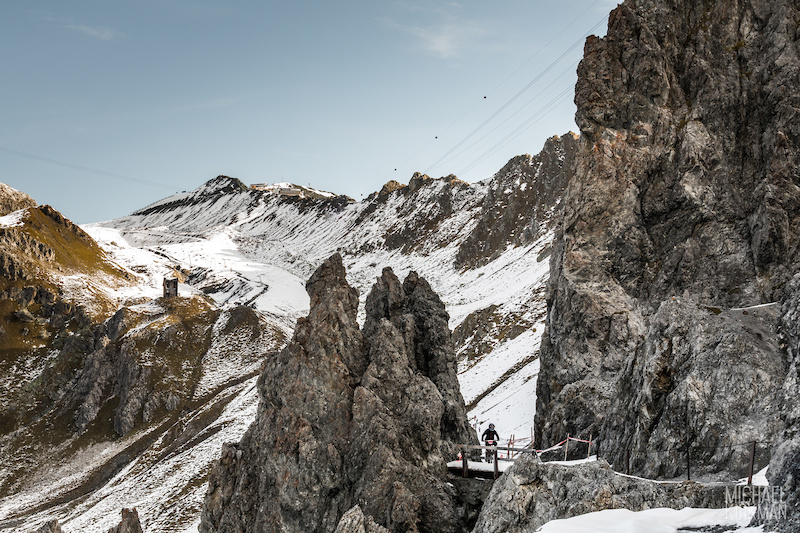 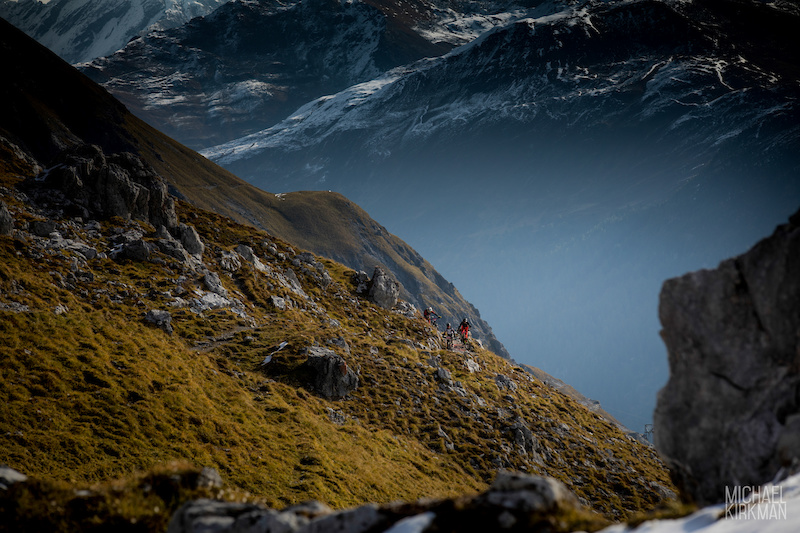 ...and this on epic liaison stages 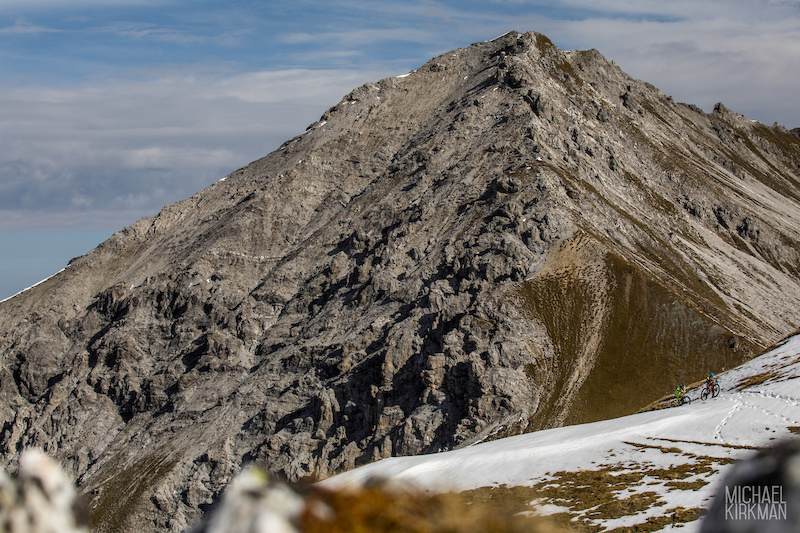 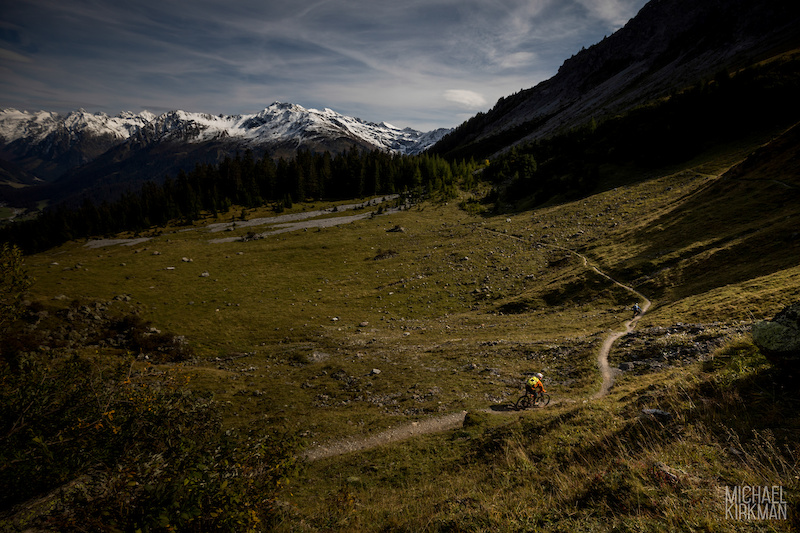 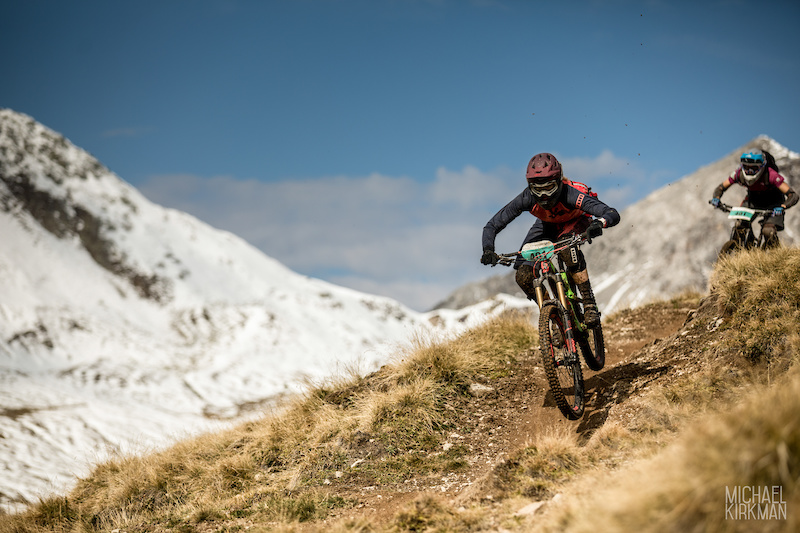 Feedback from the competitors (and locals responding to the respect the racers showed to the area) has been overwhelmingly supportive, so after such a successful first event, Enduro2 is already planning to return to Davos Klosters next year. The same late September slot is planned with new stages, new areas and fresh challenges, so keep your eyes peeled for entry announcements coming soon. 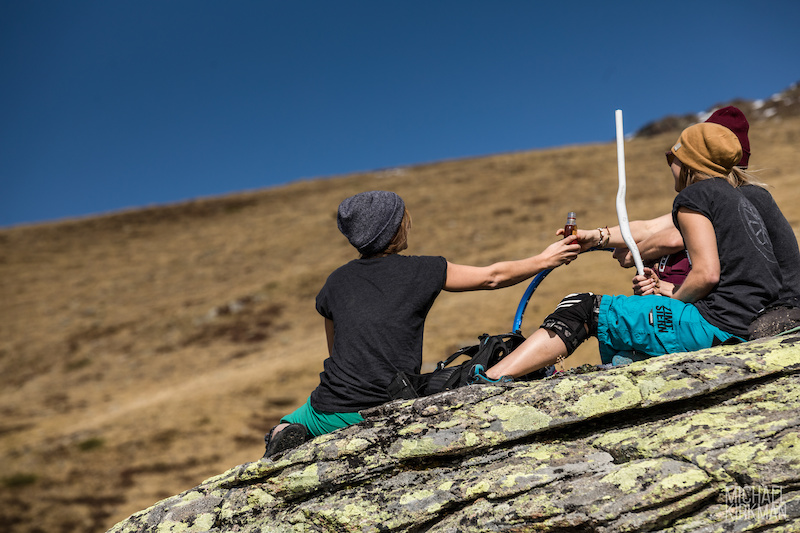 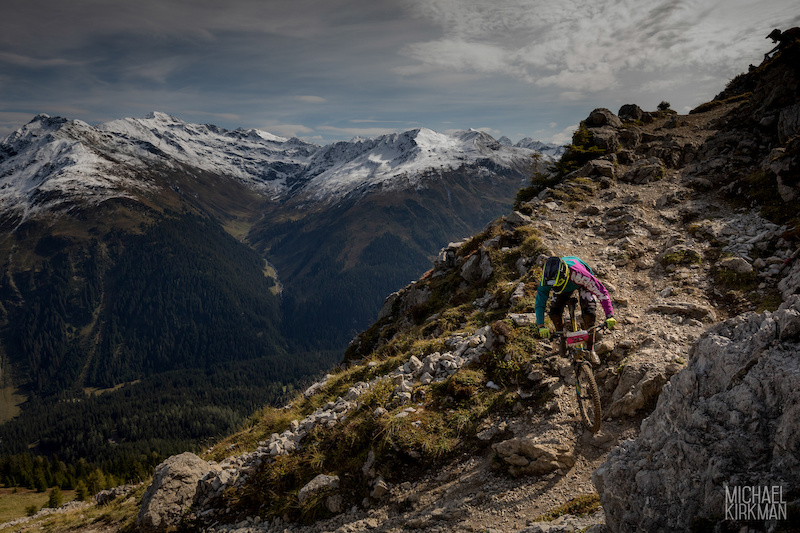 This year’s awesome Enduro2 event wouldn't be possible without the help of sponsors Davos Klosters Mountains, Graubünden Sport and Swisslos and the superb organisation of the team at Bike Academy Davos. And to all the marshals, mechanics, timekeepers, doctors, course markers, volunteers and everybody else that gave their time to see all the riders safely around the course all weekend - the organisers extend a massive ‘thank you’ - the event certainly couldn't happen without your amazing efforts. 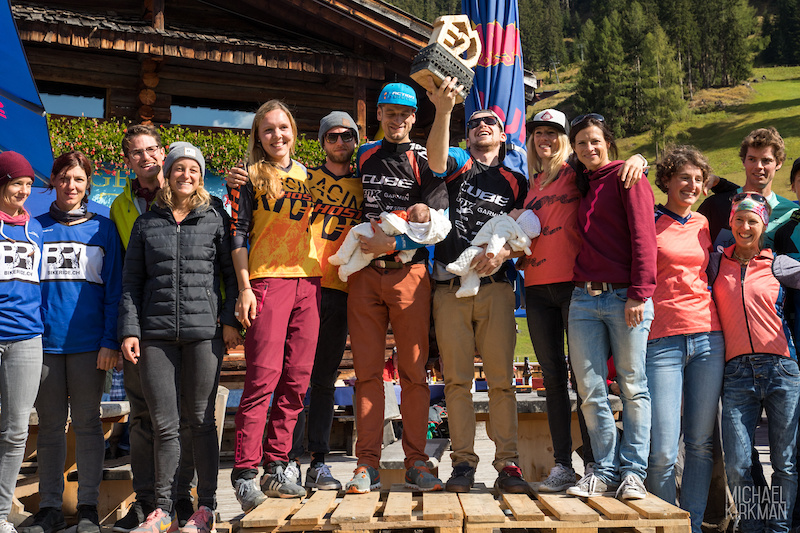 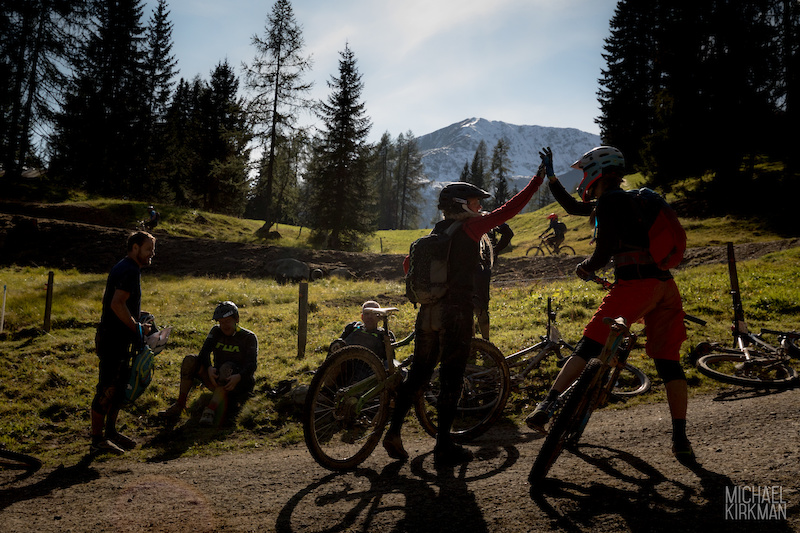 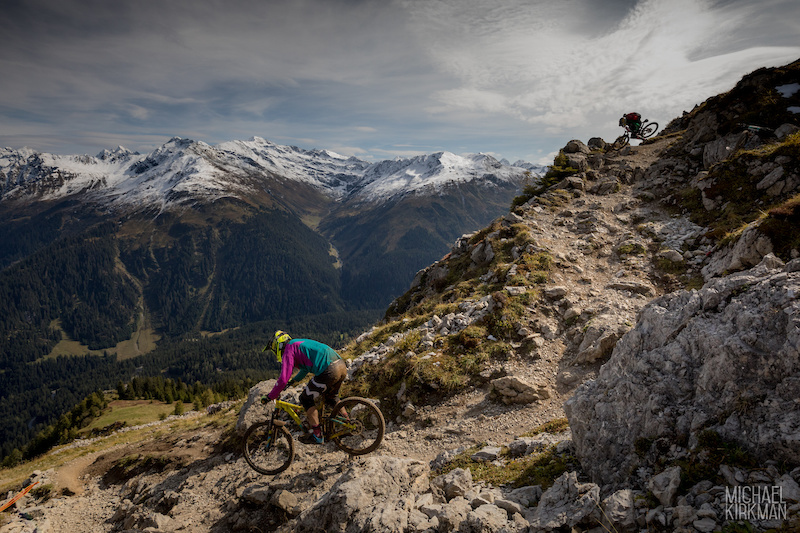 No riders were harmed in the making of this image...

Boardlife69 (Oct 4, 2017 at 9:13)
I plan on going next year but will not be pushing to win it. I dont want to win a baby, maybe the organisers should rethink the prize package.

TheHecker (Oct 4, 2017 at 15:05)
Trail addiction who ran the Enduro2 event in Les Arc went in to administration this year, fortunately I got my money back. Davos still went ahead but who knows what will happen next year.

MalcolmXL (Oct 4, 2017 at 22:21)
The race will probably bei ein by BikeAcademy Davos just like this year

fededsm (Oct 4, 2017 at 15:18)
it was a really awesome race! nice trails, fantastic view and great organization. See you next year guys!!