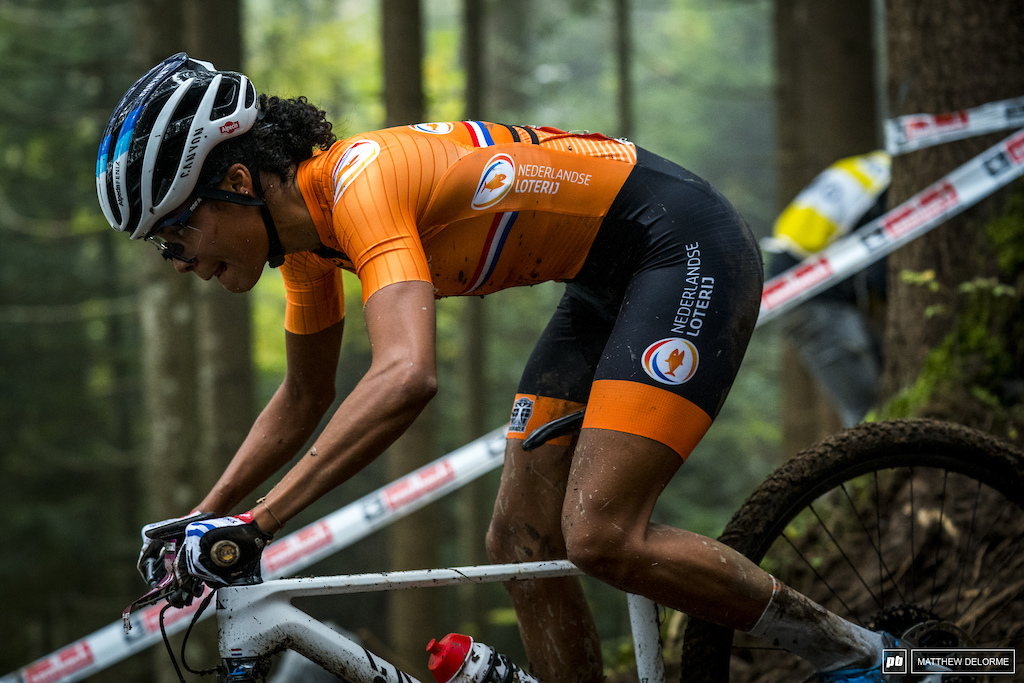 With the Olympics just a few weeks behind us, cross country riders will now have another chance to represent their nation at the upcoming World Championships in Val di Sole. Take a look below at who made the cut for their national teams: 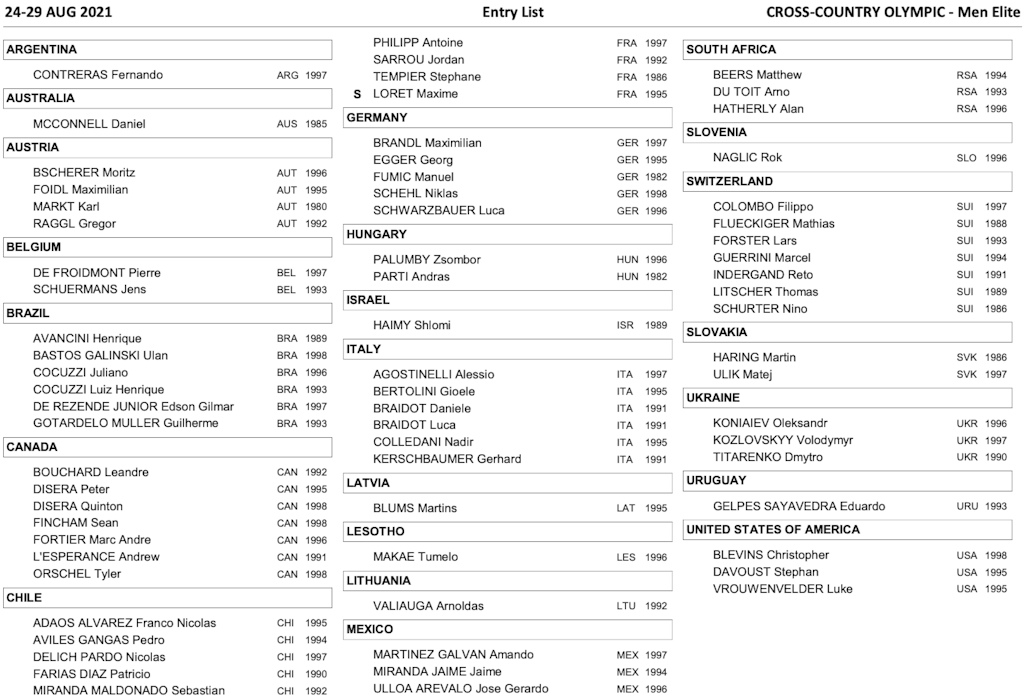 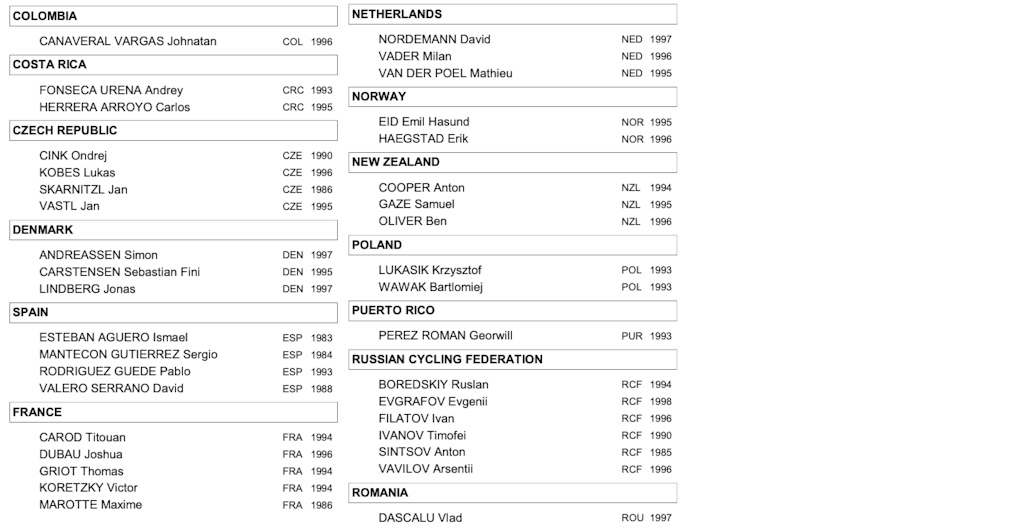 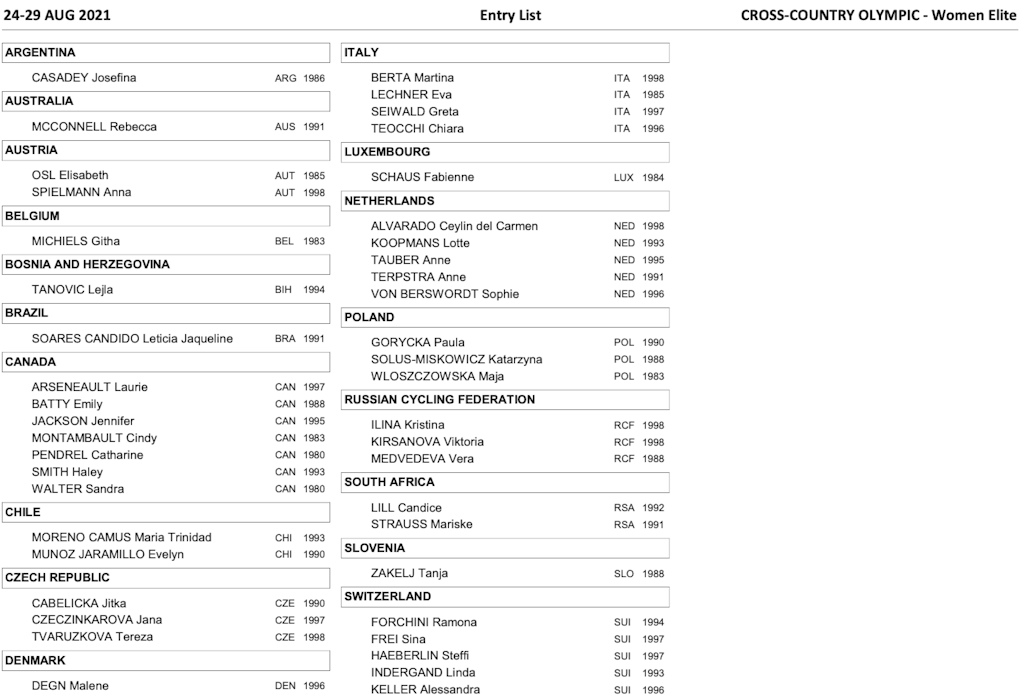 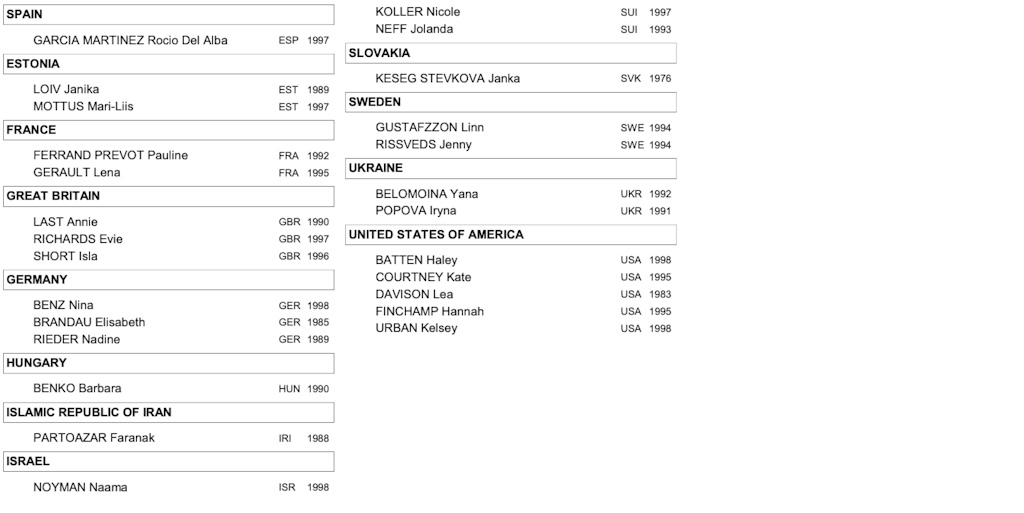 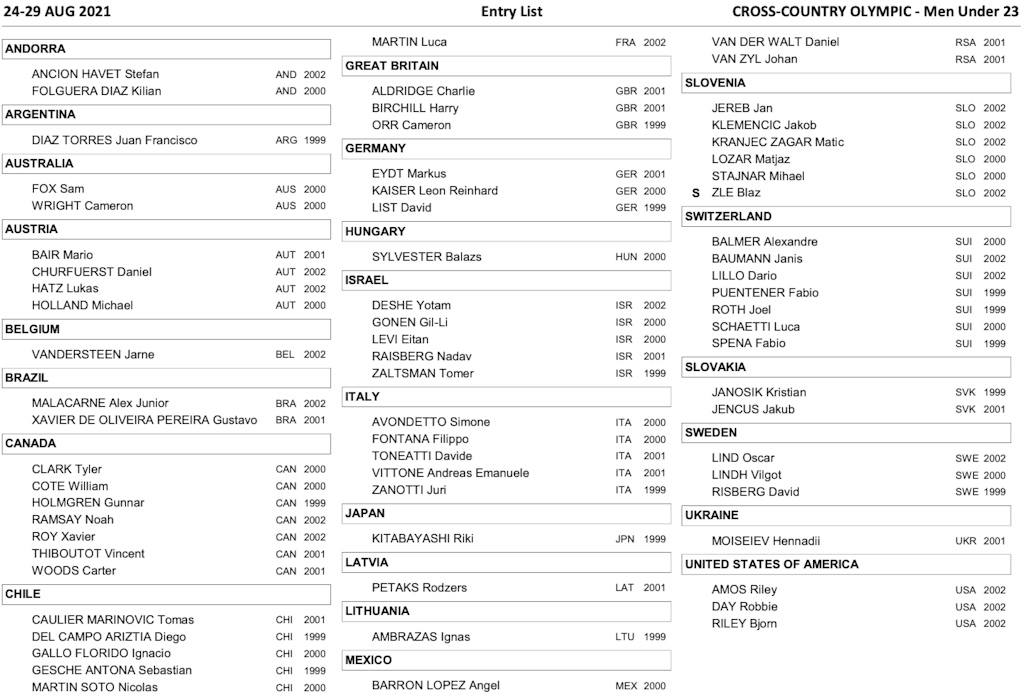 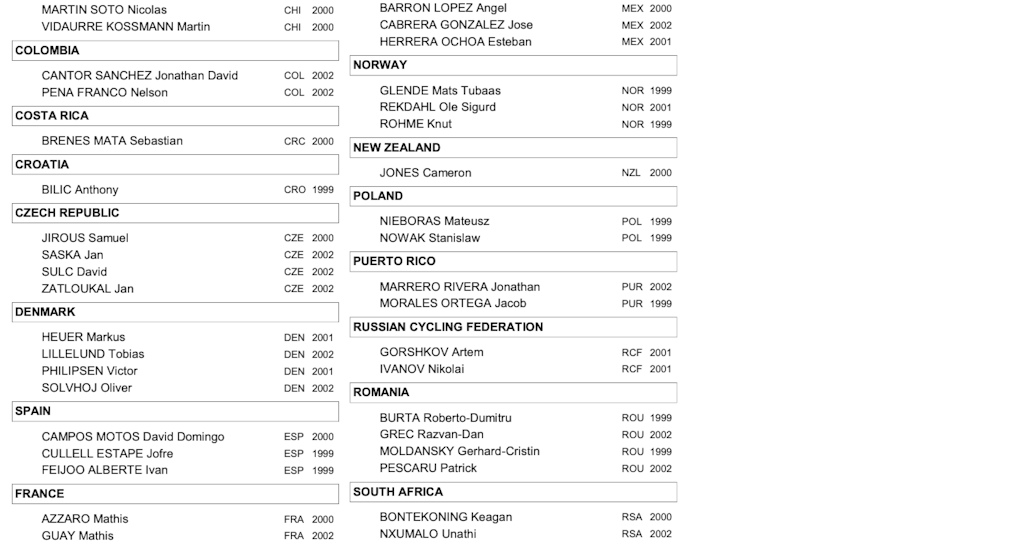 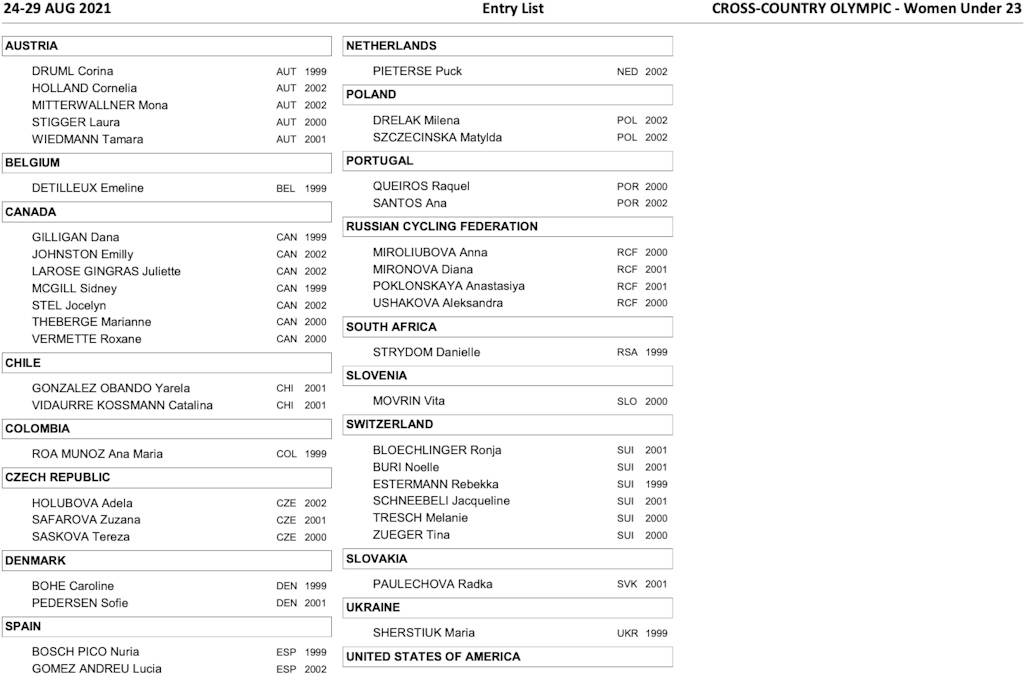 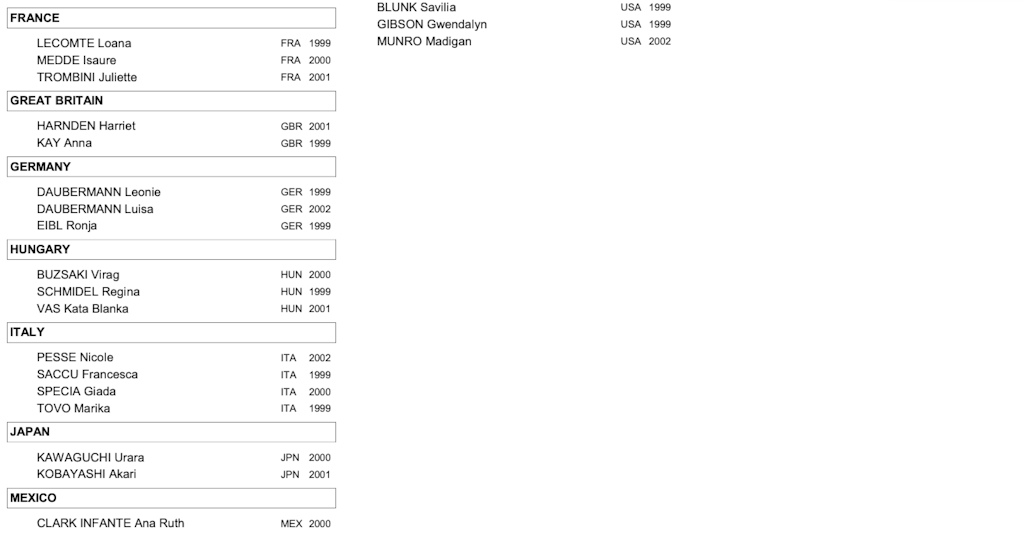 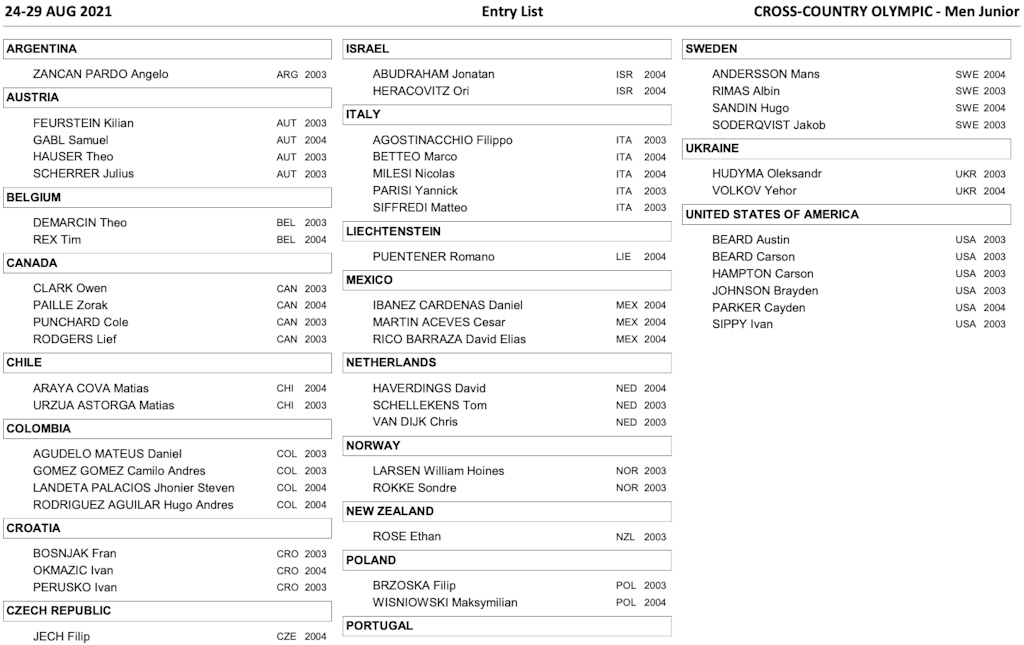 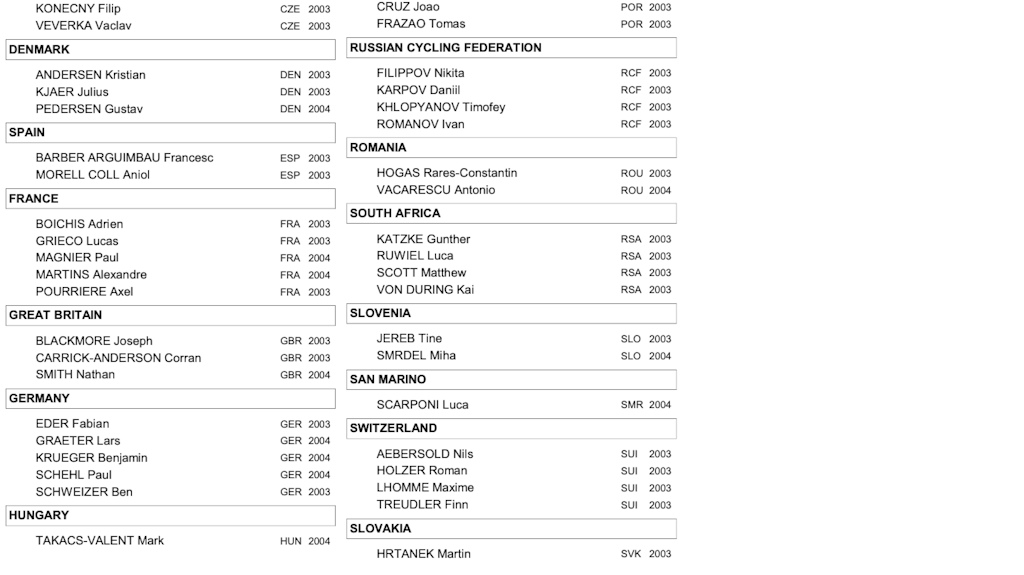 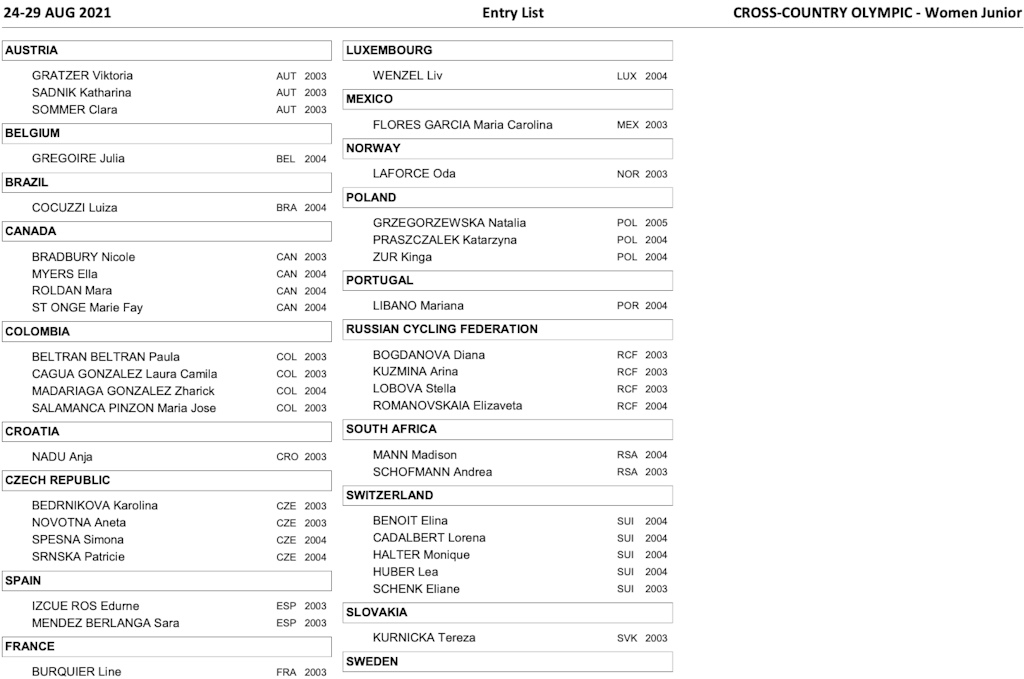 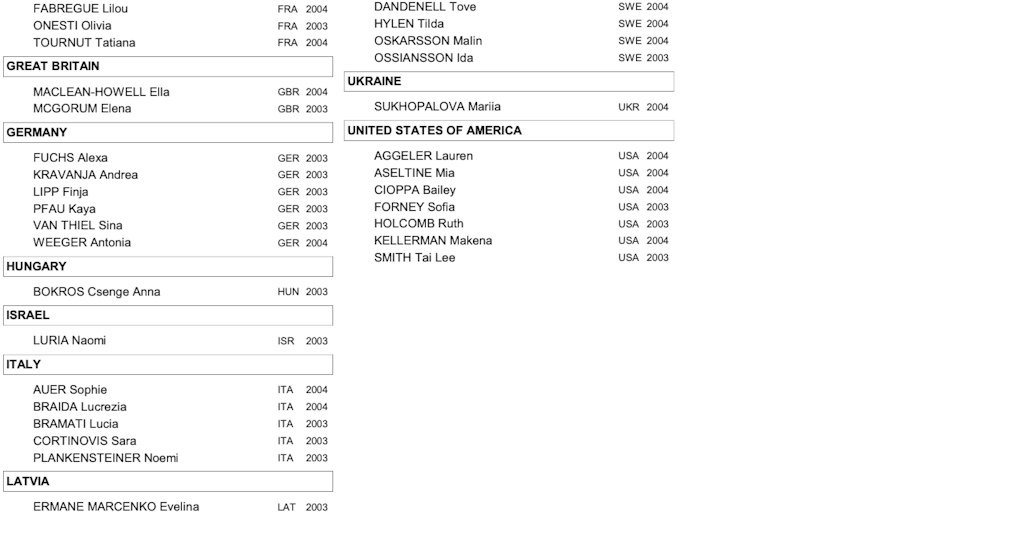 Nairnster (Feb 17, 2022 at 2:27)
@jlm0976: I know what happened. The issue was he tried to roll it because in practice it was rollable. If he had dropped the drop, everything would have been fine. So you obviously didn't understand my comment

Starch-Anton (Aug 18, 2021 at 11:42)
That's interesting - I assumed they both would race the Elites, seeing as they've raced there in the World Cups, and Olympics.

U23 are not allowed to enter elite category at World Championships. However, if they overall finished (top 10 men, top 5 women) in U23 the preceeding year, they can choose to ride up into Elite the following year for the entire season of XCO World Cup series (i.e. they cannot try elite for just one race, and they cannot decide mid-season they want to move up.).

Separate under 23 XCO world cup events are organised for men and women. The first 10 men under 23 and the first 5 women under 23 of the last UCI XCO individual ranking of the preceding year can decide whether they want to race the entire world UCI CYCLING REGULATIONS E0220 MOUNTAIN BIKE 4 cup season as elite or under 23. All other under 23 riders must race the world cup season in the under 23 category.

So, hypothetically, if Pidcock had turned up to the Worlds, he'd have needed dispensation to ride Elites, instead of U23?