Join Pinkbike  Login
What a race! Over six exciting stages nearly 250 riders from all over Europe competed for seconds, fought for positions and battled for precious points towards their overall ranking in the European Enduro Series. The rooty trails around Nauders at Reschenpass, combined with a field filled with high-class riders provided some serious racing action. After around 5 hours of riding and nearly 50 minutes of timed stages, Jerome Clementz and Raphaela Richter were the fastest in their categories. 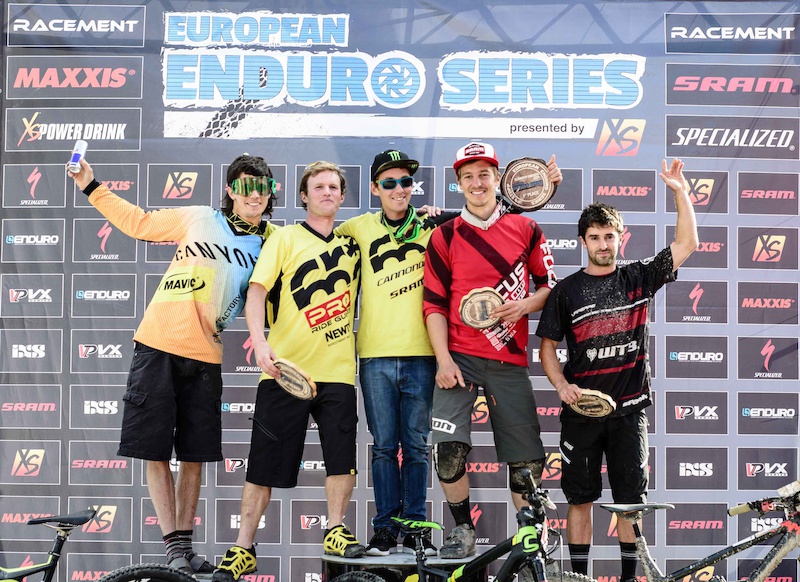 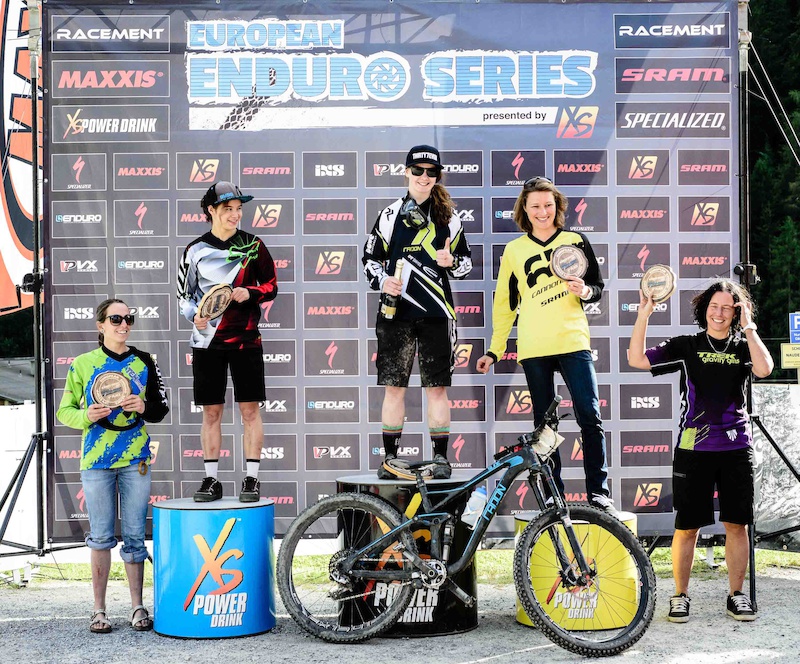 It was clear from the number of entries that the race wouldn't be an easy one: three countries, four uplifts and six stages, with an incredible combined length of 18 kilometres, with 1450 meter climbing and more than 4000 meters of descending. All this added to more than 50 kilometres of riding. But it was not only the quantity of the trails that was impressive, it was their quality that made the race in Nauders so special! While the first stage was a natural, rocky rollercoaster, the second stage started with a long pedal-section before it dropped into a wild and fast descent filled with rocks as it dropped over 700 meters. On the third stage, which was for the pro categories only, rocks were swapped for roots - lot's of them! In the wet conditions, the long and steep Haideralm-trail was a true challenge even for the fastest riders and caused some truly spectacular manoeuvres. The following fourth stage, which was freshly build for the race, wasn't any less rooty. The secret here was to find good lines, and carry speed into the challenging flat root sections. After the impressive roots of the fourth stage, the start of the long fifth stage was nearly recreational: A high speed section through beautiful meadows, which ended in a technical lower section where riders had to put down some power on the pedals. Racers were working hard here, and many were too absorbed to take in the great landscape over the Schwarzsee, which was next to the stage. The sixth stage made its way under the Motzkopf-uplift and was a fitting finale for the great race.

Riders had used the practice day to get familiar with the trails, and many had followed different strategies. "The stages are too long to memorize a perfect line. I don't even try to search it. Instead I ride as fast as I can and will see at the end if the line was good." revealed Matthias Stonig. André Wagenknecht reflects: "On these long stages, no one will finish a run faultless! And it's good this way, because it enables the athletes to make up some time too." Reigning Enduro World Champion Jeromé Clementz, who started after a long injury lay-off, was impressed by the quality of the trails and praised the hospitality of the region.

But before riding the stages at race speed on Sunday, riders first had to take on the prologue which was scheduled for Saturday evening. On a short 30-second track, riders had to pass two steep corners before they had to give it everything on a short sprint. The Fastest Man in the prologue was Ludovic May (SUI - Canyon Factory Enduro Team), followed by Cube Action Team pilot André Wagenknecht and Matthias Stonig (AUT - MS-Mondraker). In the Women’s Category, Lorraine Truong (SUI - Norco-Leysin) proved her impressive pedal power and won with more than a 4 second lead over Pauline Dieffenthaler (FRA - Cannondale overmountain team) and Raphaela Richter (GER - Radon Factory Enduro). So after the initial times had been set, the main race was still to come. While it started with rain, the sun came out shortly after the first riders passed through the gate of the picturesque castle of Nauders – but not quick enough to dry out the trails. 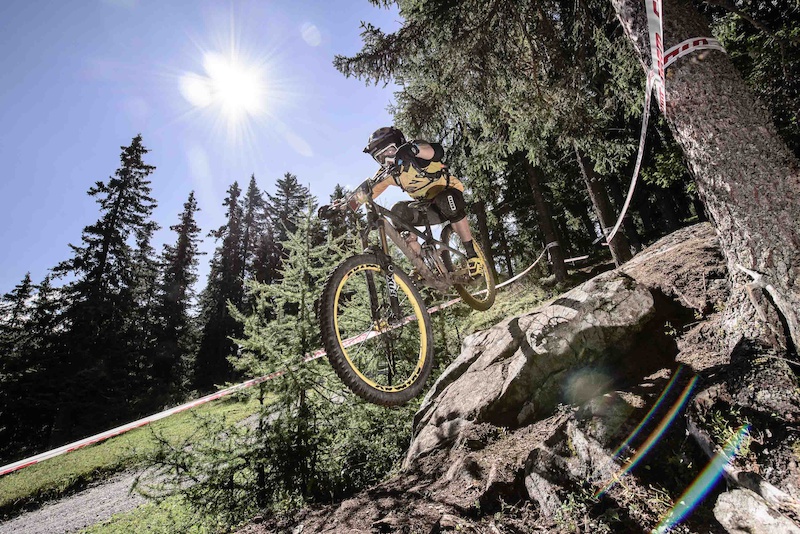 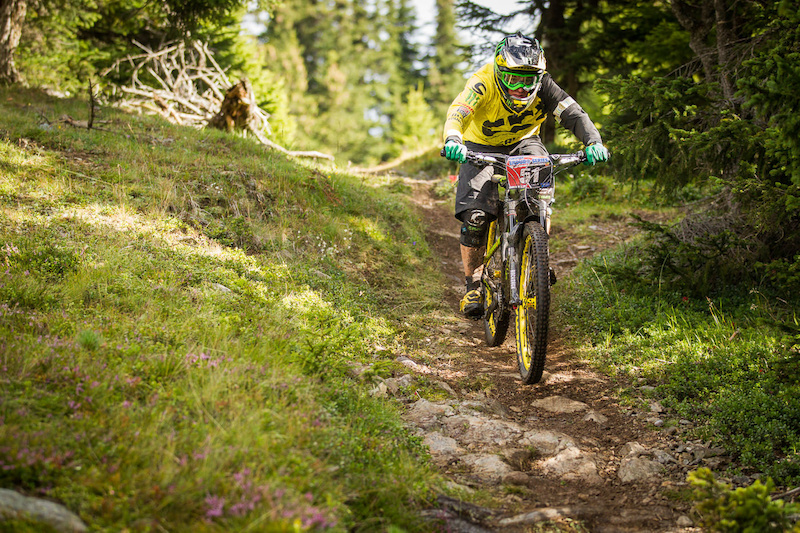 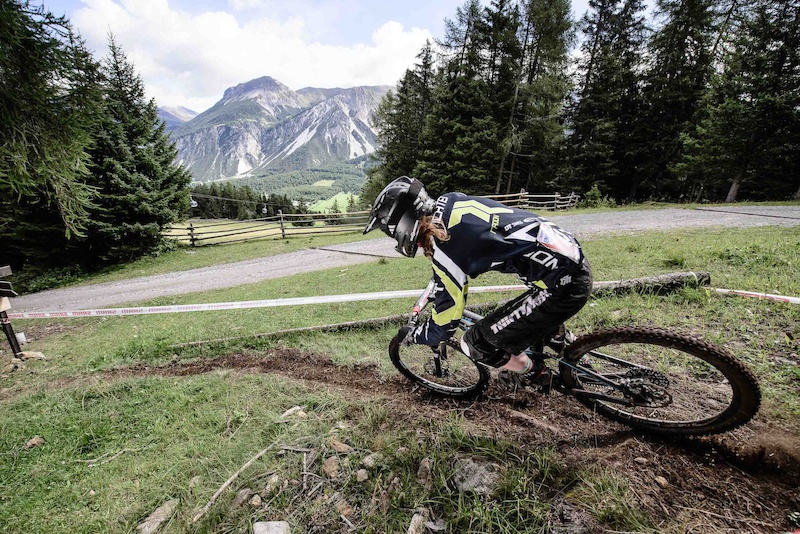 The fastest Master of the day was Rüdiger Jahnel (AUT - Specialized-mountainbiker.at), who won the prologue. Damiano Rossa (ITA - A.S. Dilettantistica) got second with about a one minute gap, Thomas Schmitt (GER - www.vollblutrider.de) got third and Nicki Siedl (AUT) fourth with Guido Wachter (GER) in fifth. In the Amateur Men’s category, Tobi Müller (GER) was victorious and finished before Oliver Windler (SUI - Team Ullman Yeti) and Hannes Suter (SUI - dragon-cycle.ch). The fastest Women in the Amateur category were Sabrina Morell (SUI), before Carla Coester (SUI) and Mirijam Wieser (SUI). 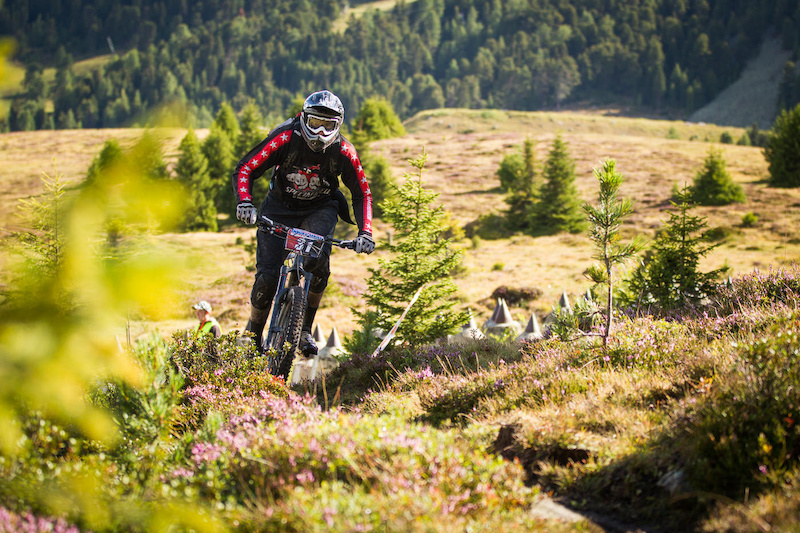 In summary, it can be said that the 3-corners-trails showed off their best side this year. The mix of technical descents, energy-sapping climbs and the long overall-riding-time of more than 5 hours demanded everything from the riders. All of the trails were "true enduro" and everyone witnessed exciting racing as it should be. At the end of the day, riders with the most complete overall package took the podiums. But every rider who took part was a winner against their weaker self and was rewarded with great trails, awesome views and long-lasting memories of the Reschenpass region. 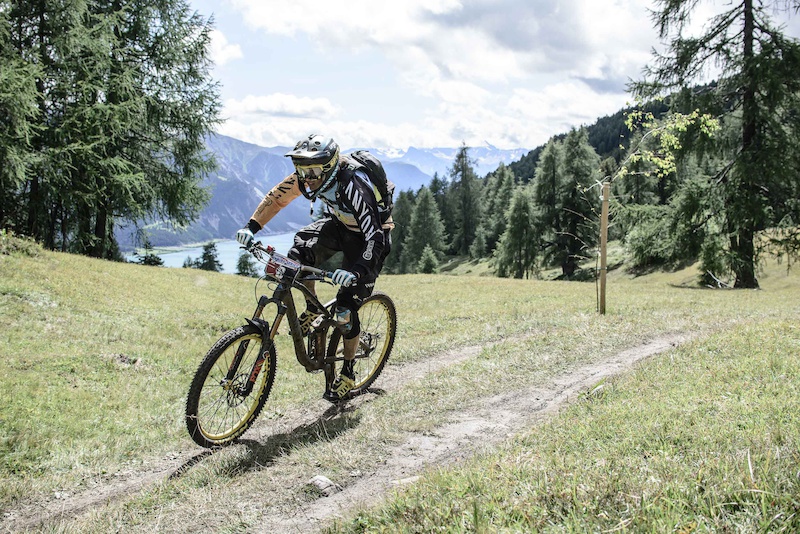 Manuel Baldauf, manager of the tourism association Nauders and host of the event drew many positive conclusions: "The race enabled us to present our best trails in the 3-Corners region - we're really happy with the positive feedback. We'll continue to develop the trail-network over the next months and years and looking forward to the 2015 event!"

The race, was a cross-border project, taking place alternately in Tyrol and South Tyrol - so next year's starting area will be in Lake Reschia again.