Charlie Cochrane, MD of Bike Glendhu explained, how it all came about;

“During some beers and a bit of banter after watching the Dual Slalom at Crankworx this year, the idea of building a Dual Slalom course at Bike Glendhu was floated by me to Tom Hey of Elevate Trail Building. Tom then had the genius idea of racing the actual build and when the trails were done two teams then would race the tracks on bikes in a slalom battle, and the idea of the Duel Slalom was born.”

The event saw riders from one of four categories (Open, Youth, Kids, and Adaptive - both male and female) line up to lay down their qualify runs on the brand new Toogood Trails dual slalom course. The fastest in each category were then drafted into the finale that was contested on a points basis.

Both the quality and quantity of riders was exceptional, with over 80 riders aged between 6 and 60+ taking part - including internationally renowned freeriders Conor McFarlane and Vinny Armstrong.

All up 28 riders (two teams of 14) contested the final. As Ed Leigh, the event MC and global action sports aficionado explains, the format was a banger and the racing was intense;

““The joy of the Duel Slalom is the wonderfully simple format. It’s the equivalent of a streetfight on mountain bikes, There’s nowhere to hide, you either win the bragging rights or suffer public humiliation. I love it.”

For the record Tom Hey’s team got the most points but mountain biking was the winner on the day. The course is open to anyone anytime that Bike Glendhu is open, all you need is to find a buddy to toe the line with. 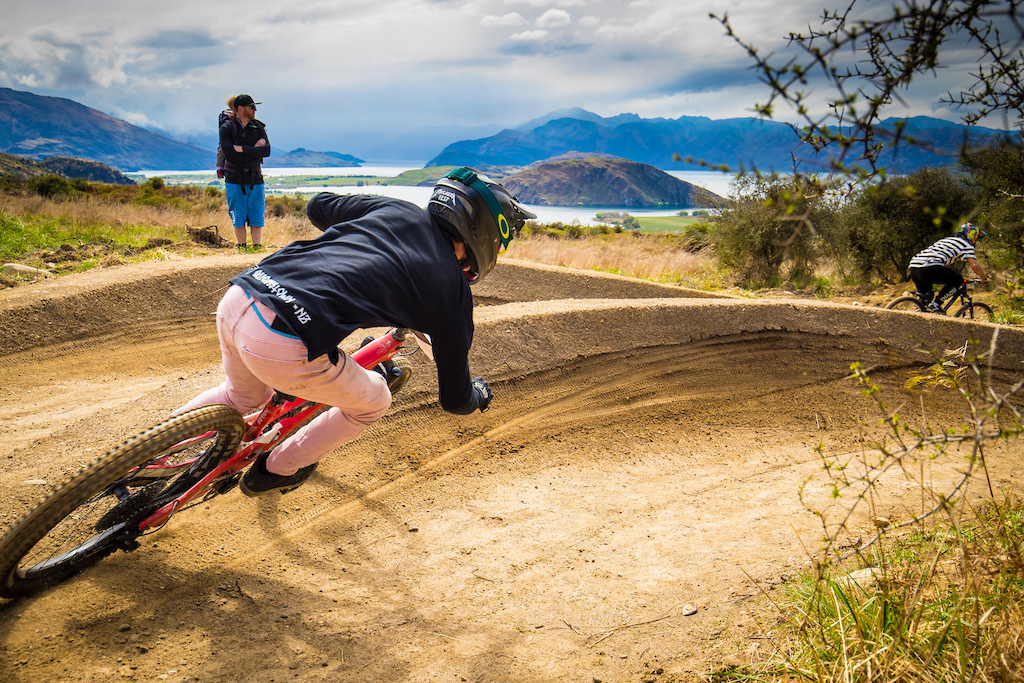 Velocipedestrian (Nov 4, 2020 at 21:26)
Do people still ride the tiny dual slalom track in Sticky Forest? I remember when that was the latest addition... Now I'm going outside to shake my fist at a cloud.

Lloydmeister (Nov 5, 2020 at 16:27)
How did Warner get from Lousa to Wanaka without a stop in quarantine?
Post a Comment