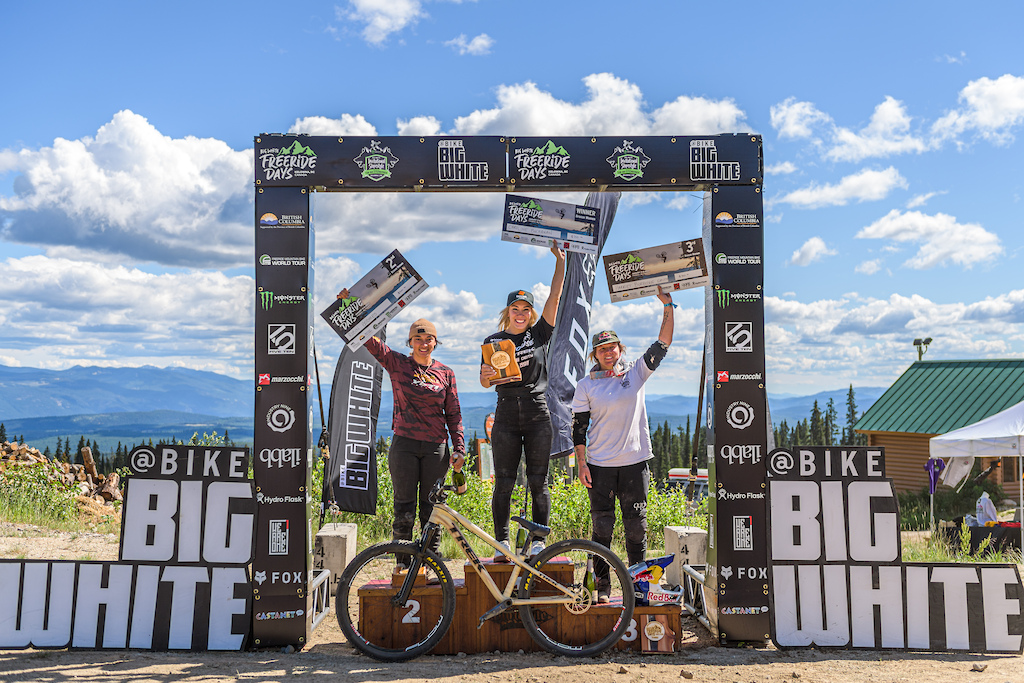 WOMEN
Robin Groomes kicked things off for the women with a HUGE backflip on the first trick jump but it all went wrong on the step up as she caught her leg with her bar and went down.

13 year old Zoe Witwicki laid down the first clean run of the women's competition finishing with a big tuck no-hander.

Shealen Presley Reno started with a clean tuck no-hander and a super stylish nac-nac to take the lead with a 65.33.

Mia Moore started with a tail grab, bar spin and finished with a one footed can-can to temporarily slip into second place with a 61.66.

Red Bull athlete, Harriet Burbidge-Smith jumped into third place with a super impressive and clean run with tricks on every feature. She would stay there for the rest of the competition.

3 x BMX and 5 x MTB World Champion Caroline Buchanan turned up the heat and threw down run of the day with an 89.00 in her first run with a tuck no hander to toboggan, suicide no hander on to the step up and a back flip off the last feature. The run produced the cheer of the day from the crowd.

Robin Groomes went inverted twice and risked it all on her second run jumping into second place with an 84.66. It's so good to see these girls thowing down hard from the veterans to the newcomers.

Caroline Buchanan took a victory lap on her second run having already locked in first place. She seemed to be cruising and then threw out a huge front flip on the final feature. Although going down she got straight to her feet and waved to the crowd. What a show, what a win!

The podium was an all southern-hemisphere affair. 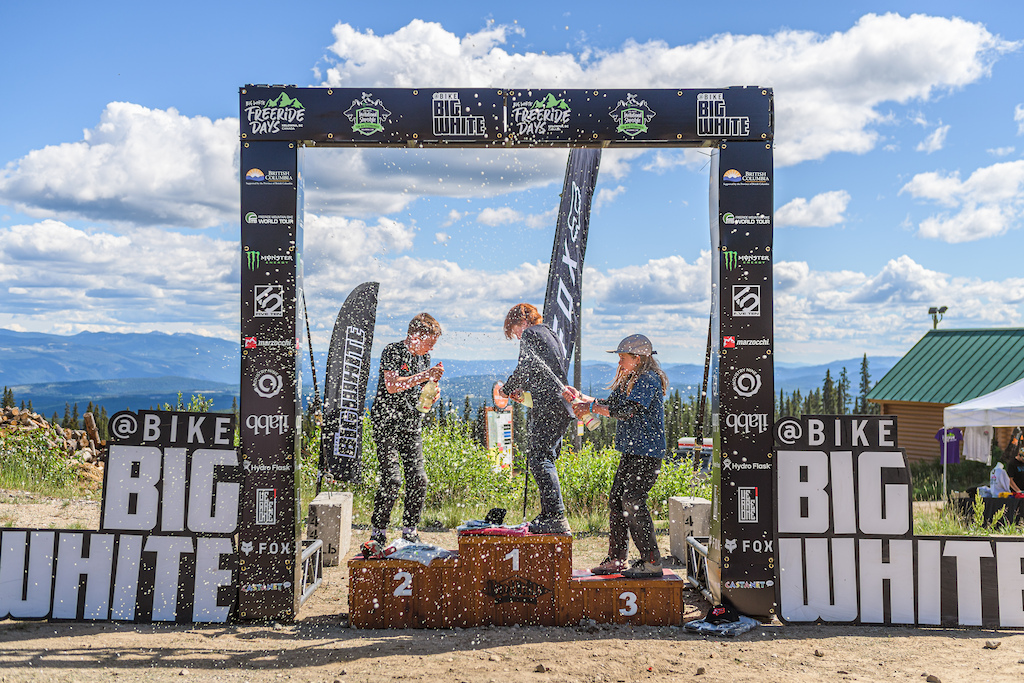 GROM
The next generation of athletes took to the course to test their metal and show off what the kids of today are bringing to the table in the Grom Slopestyle event.

Gold athlete and slopestyle legend Nicholi Rogatkin when asked about the event and vibe as a whole said, "this event's vibe as a whole is honestly so motivating. We've got the young groms shredding, we've got the girls on the bronze course and we've got this huge Gold course with lots of young riders with so much potential coming up and absolutely killing it. It just makes you stoked on the moment and what's to come for the future of the sport".

The conditions couldn't have been more perfect with sunshine and light winds ensuring the athletes could go full send.

Style, tricks, amplitude and a solid top to bottom run is what the judges were looking for and it was delivered in spades from riders across the board.

Liam Stanley at 13 years of age kicked things off and had a clean top to bottom run to set the standard with a 71.40. The side saddle on and off was the stand out trick.

Dominic Buch went massive, nailing the amplitude aspect of his run but only managed a 54.00.

The fifth rider on course, Toah Cofield had a clean top to bottom run finishing with a super stylish tuck no-hander to slot into second place with a 67.33.

Alex Pickering pulled out the most incredible wheelie landing on the step up feature sending the announcers wild but his run started with some simpler tricks and he only managed a 65.00 but it was good enough to temporarily secure 3rd place.

Max Cookman had a bar spin on and then bar spin off the step up and showed some incredible steeze for an 11 year old and briefly snagged first place with a 77.00. The future is so, so bright.

Chromag Bikes athlete, Cohen Johns took it to another level with a huge combo to finish his run and the first athlete to break into the 80's with an 80 even.

Sebastian Riopel nailed a huge 360, tail whip and a massive back flip to finish but went down hard on the last feature on what looked like run of the day had it not been for the crash.

Rex Johnson went massive in his second run finishing with a huge bar-hump dialing up the fun. Big smiles all-round, this kid is a ripper.

A huge double suicide no-hander and backflip with a smooth landing from Alex Pickering resulted in a 66.66 keeping him in 5th.

After Riopel's massive spill in the first run he steezed out some straight airs in his second run to much applause from the crowd.

**Earlier in the day, Bas van Steenbergen took the win in the inaugural We Are One Dual Slalom event.