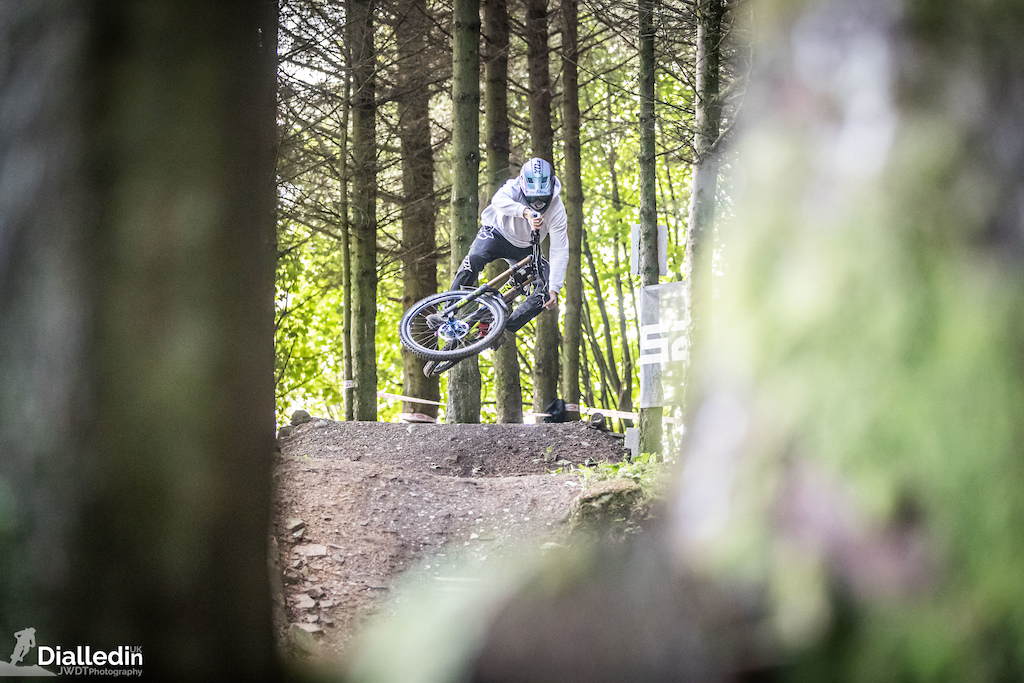 With less than one week to go, the heartbreaking news hit the racers, that Forestry England had pulled the plug on the push up Downhill Race.

With a significant spike of visitors to Hamsterley Forest, it was not justifiable to run the race. Even with approximately 2000 hectares of forest, over 2 miles from the main visitor area and a bike park leased out to Danny Hart and his family to run, nothing could shift the decision made. But I'm not here to argue this case, I've spent many hours in this forest riding bikes, walking my Labrador and visiting the area with my family, I'm a supporter of Forestry England for sure. 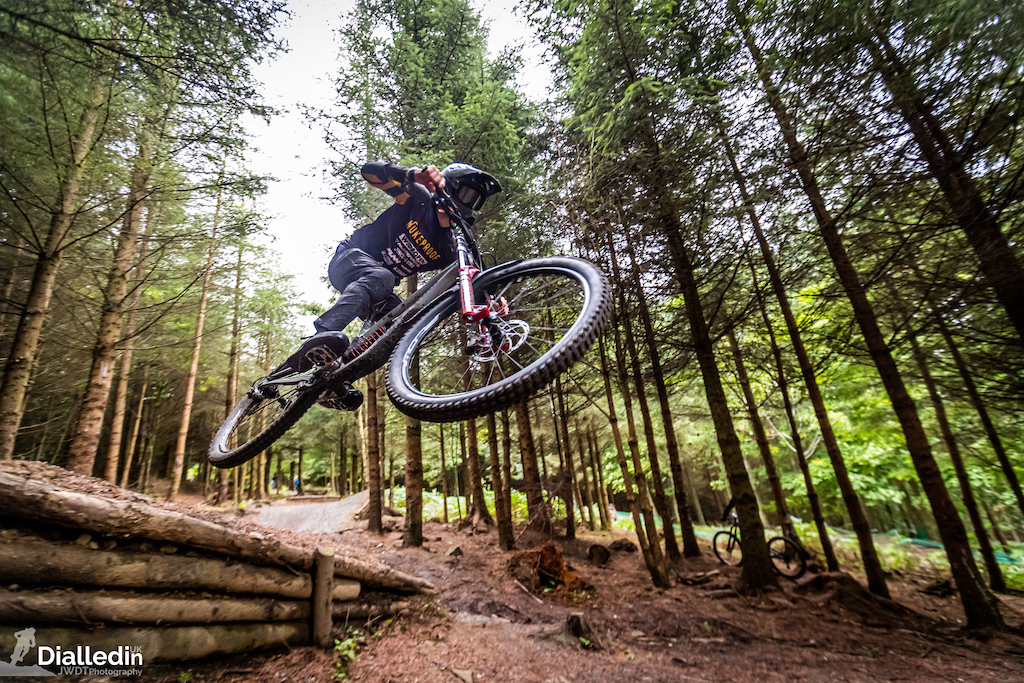 Wideopen Mag made an appearance to join in the fun
But the disappointment from the riders, racers and organisers was very hard to hear. There's a huge thirst to get some racing done amongst the bikers at the moment. At the moment, the only obvious races going ahead are those within private land, like the Southern Enduro, PMBA at Graythwaite and Welsh Enduro races. 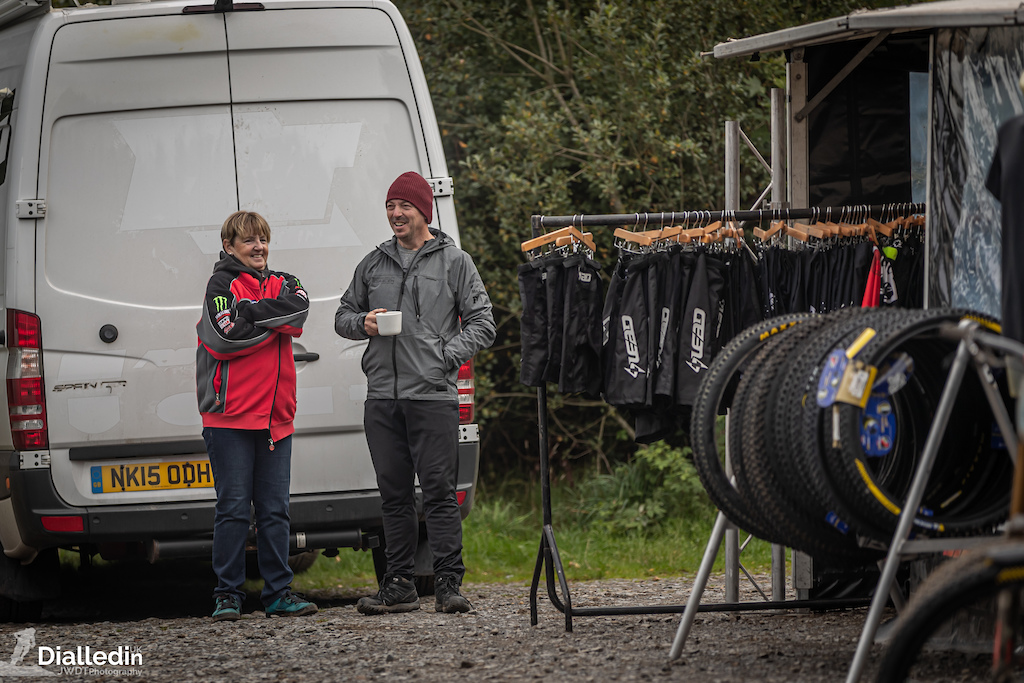 Sue Hart & Malc trying to keep warm early on the Saturday morning, when Women and Youth Males were to practice and race
Even though the race was cancelled, Malcolm and his Gravity Events team, Jack Reading and DC Gravity Team were up for entertaining the riders at Danny Hart's Descend Bike Park. They brought their team along, put up their race centre and brought mechanics and prizes for spot prizes for the Jump Jam and Whip Off on Saturday and Sunday. 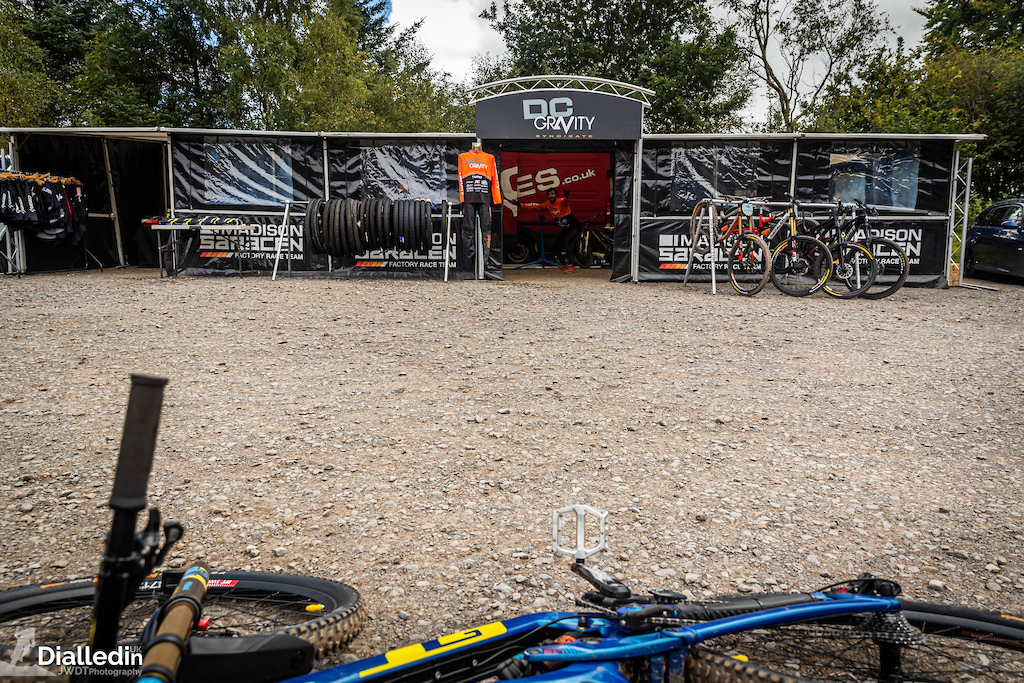 That was one hell of a setup! 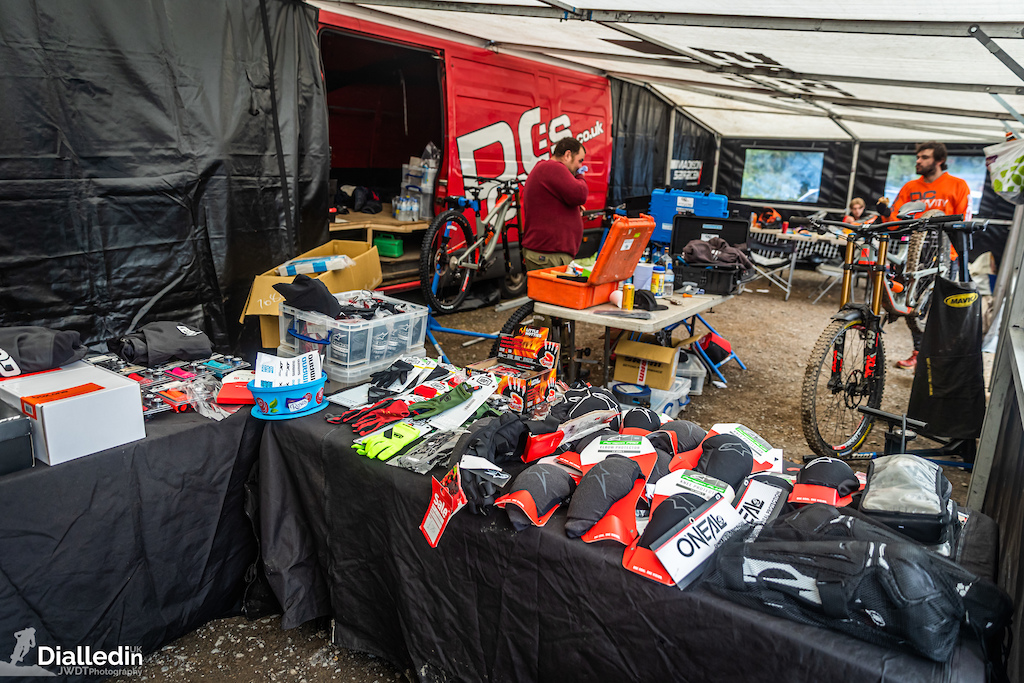 Supplies and merch available within the race centre 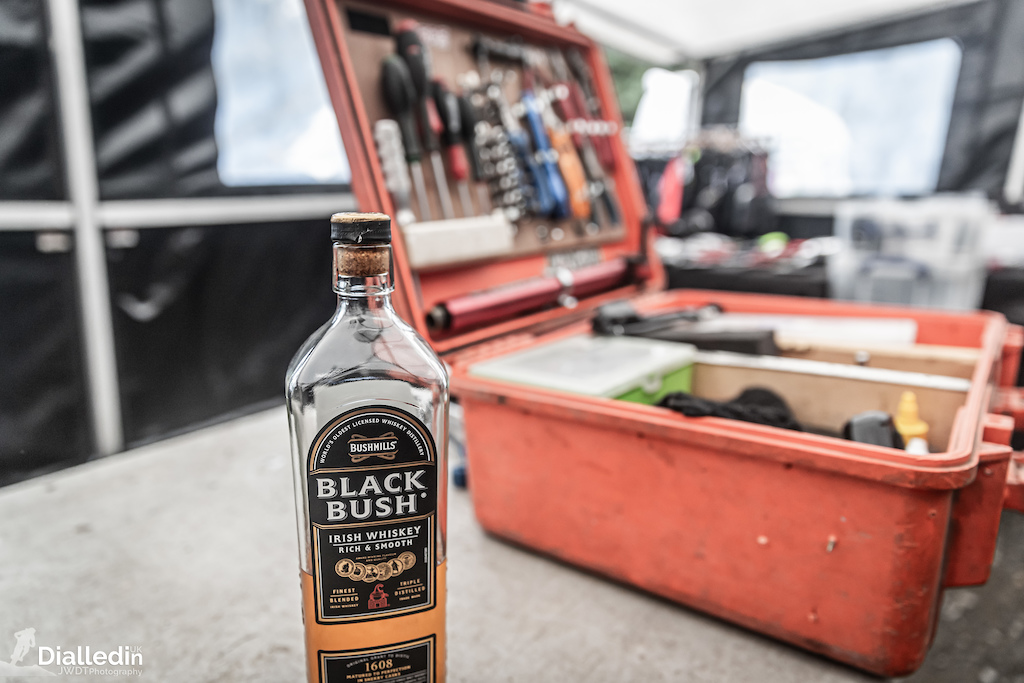 Just what the team mechanic needed when I asked him to index my gears....before I told him it was and Orange Surge EPO! 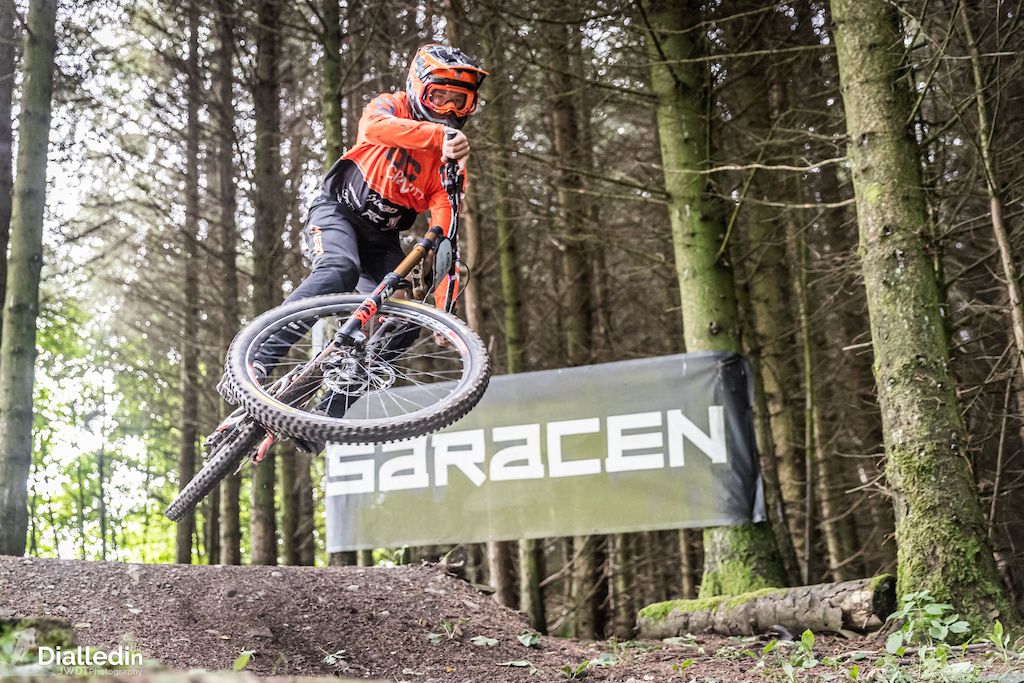 DC Gravity Events Team giving it some style
The uplift ran Friday to Monday and was fully booked throughout. The atmosphere at the bike park was amazing, everyone was there to defy the odds and have a damn good time. Malc ensured the camping field was available and what was left of the weekend was to be enjoyed, and one to be remembered. 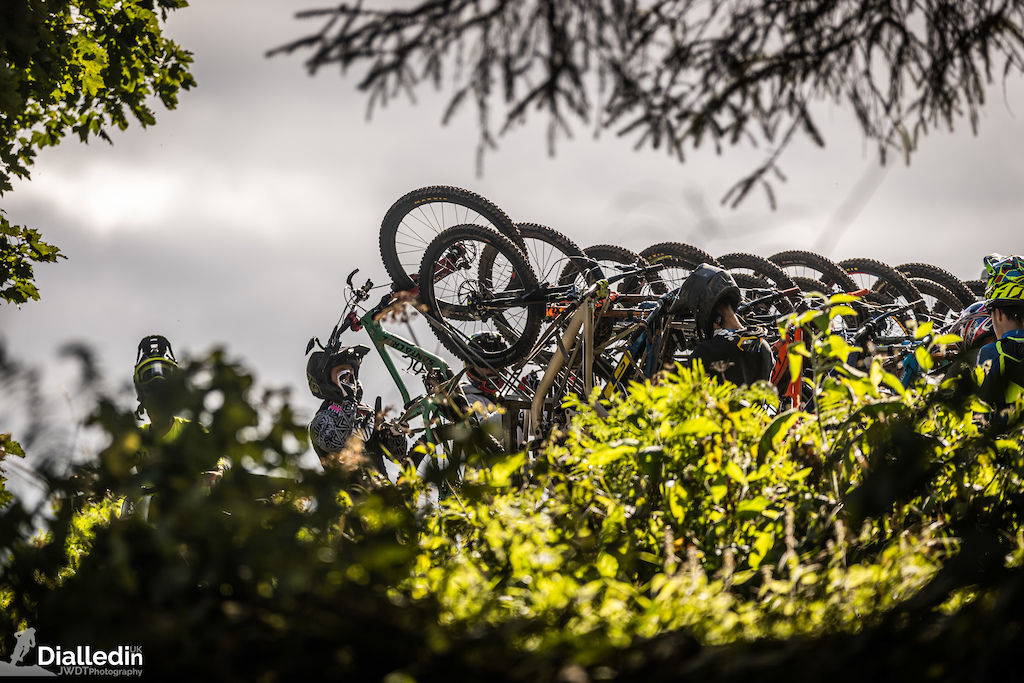 The uplift was full with multiple buses running 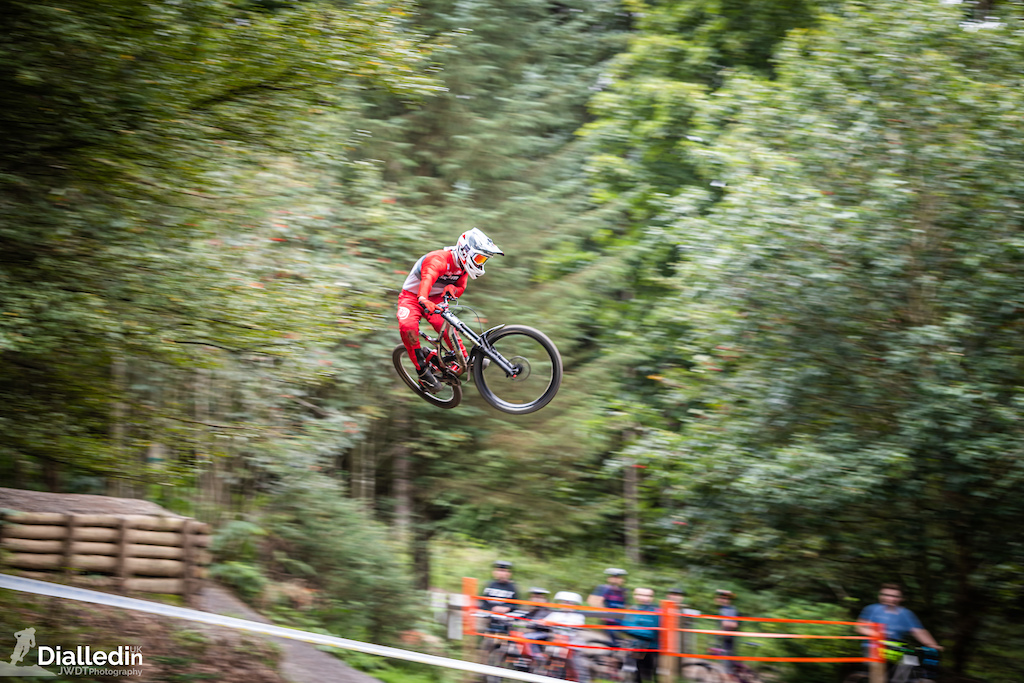 Ben Mitchinson "Go big or go home" on the Pro-Line Road Gap Jump "Mind the Gap" sponsored by Saracen
It was great to see some of the local youngsters turn out en mass for the weekend. When you see these youngsters shredding at the bike park, you know fine well that the future is bright for the Downhill Race scene in the North East and the UK on a whole. 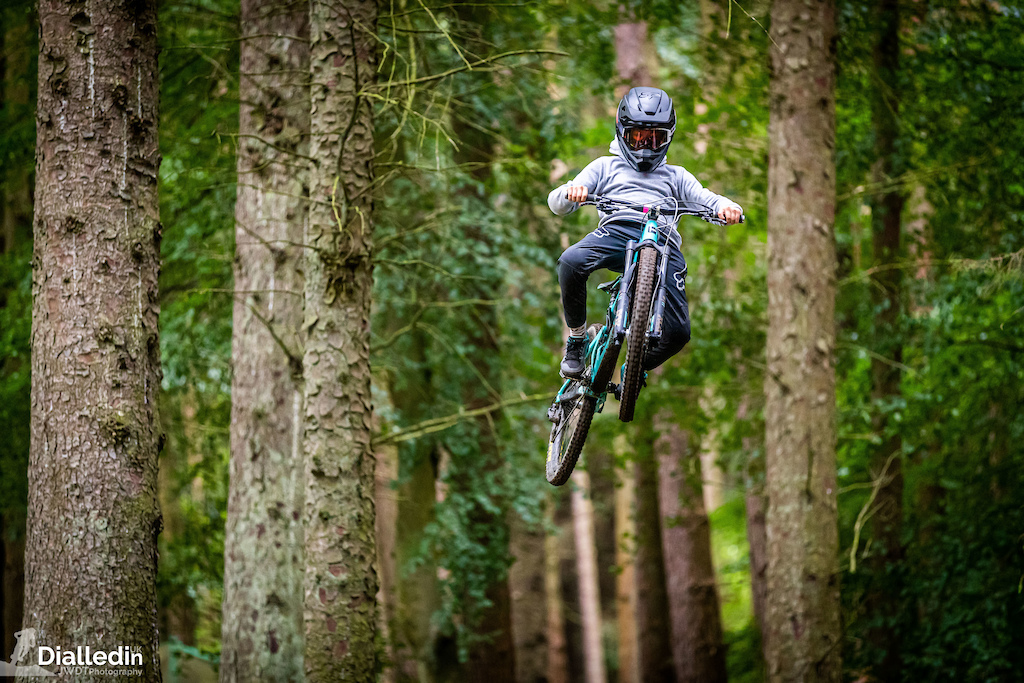 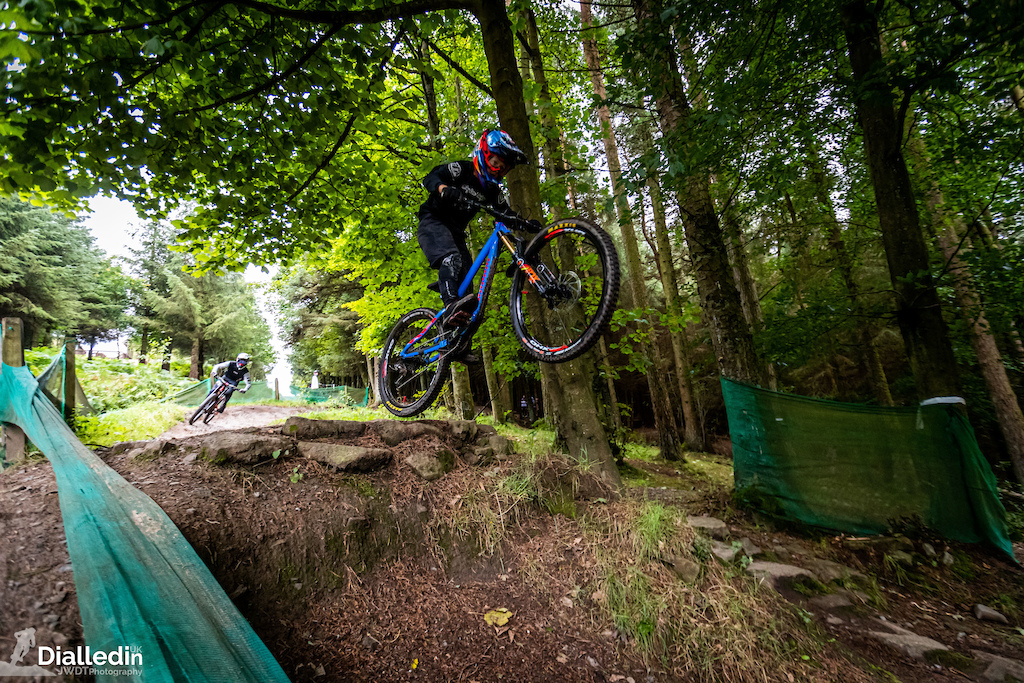 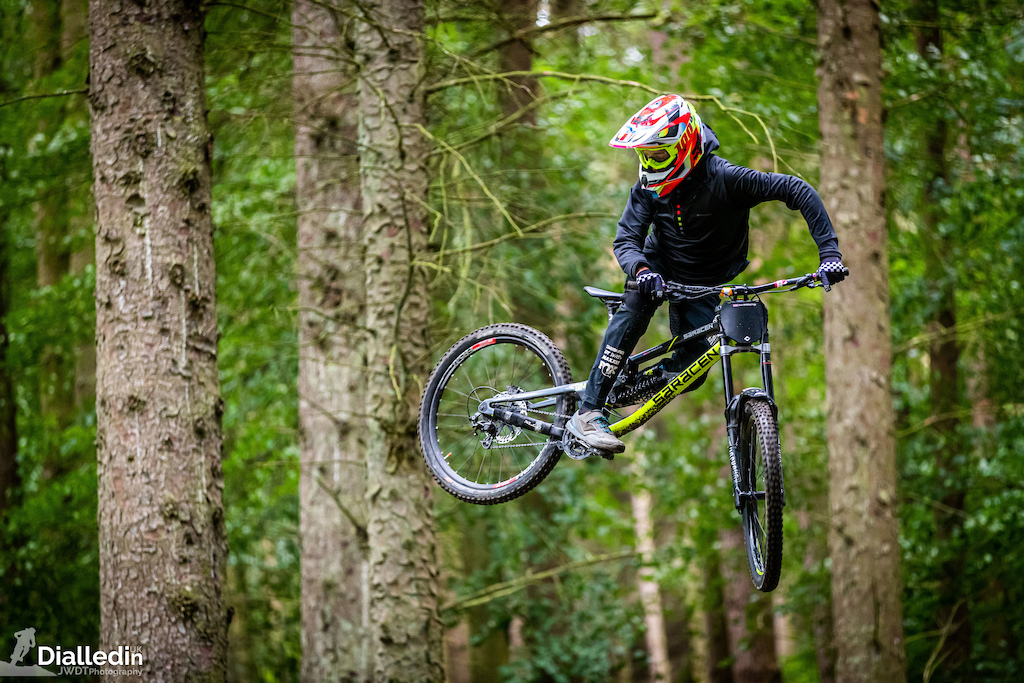 Regular to the bike park Dom MIDDLETON was a strong contender for the best whip on Saturday - He did go away with spot prizes
A big shout out to the Gravity Events UK (Malcolm) for the prizes, Kingud Products, mudguards, carbon race plates and Uncrafted UK clothing and goods. There was a great turnout for the whip off both in riders and spectators. Prizes didn't only go out to the best whips, but also the craziest and ballsiest tricks! 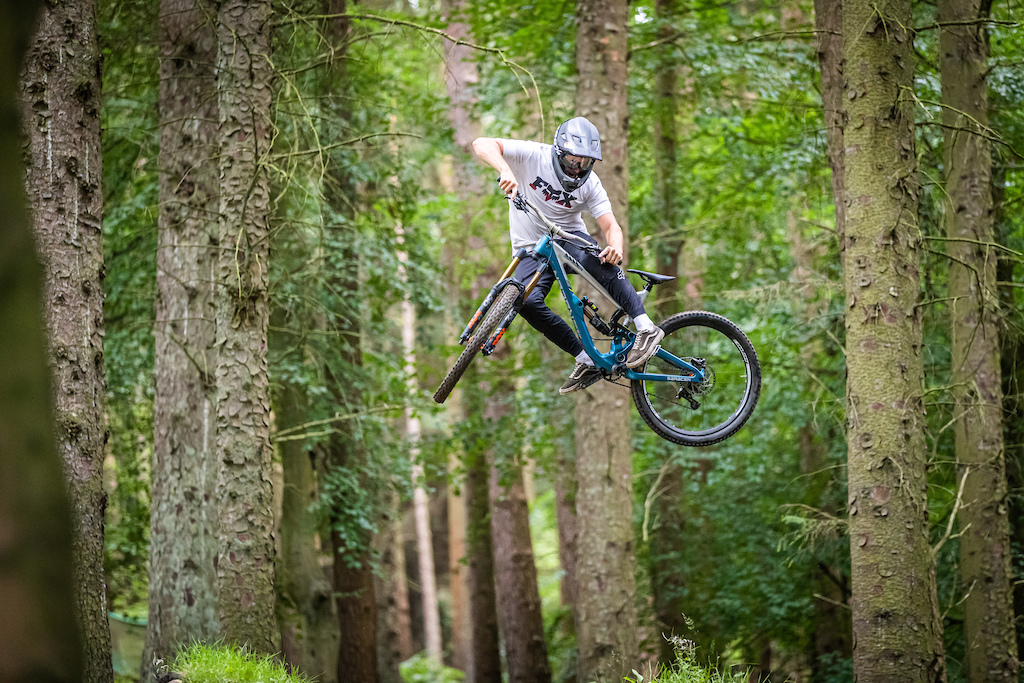 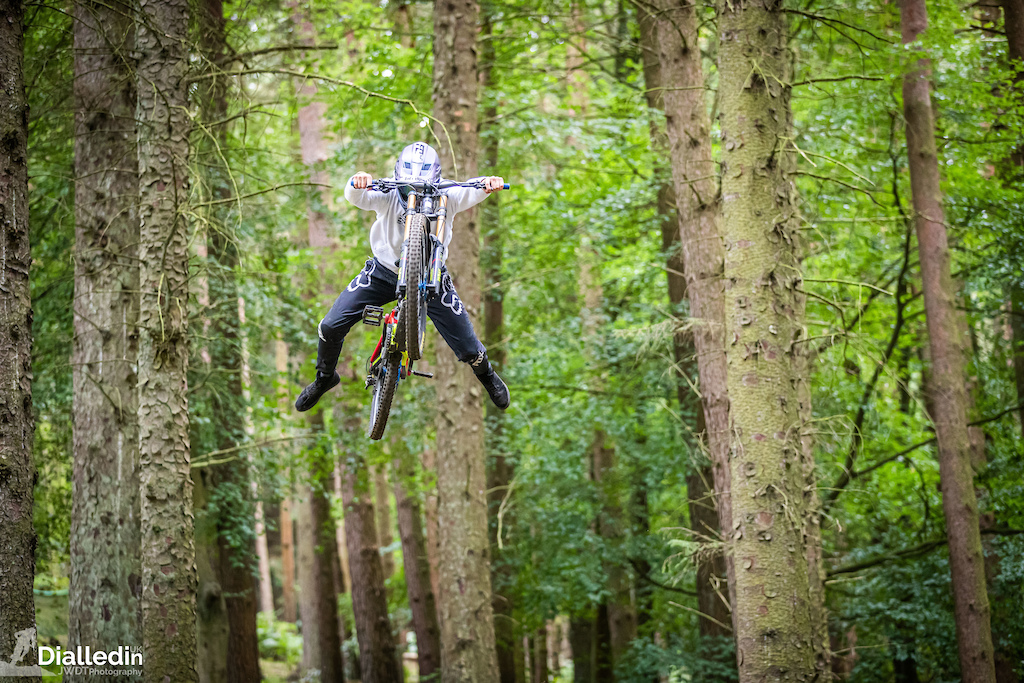 Alex Scarre getting the biggest cheers going all out Superman 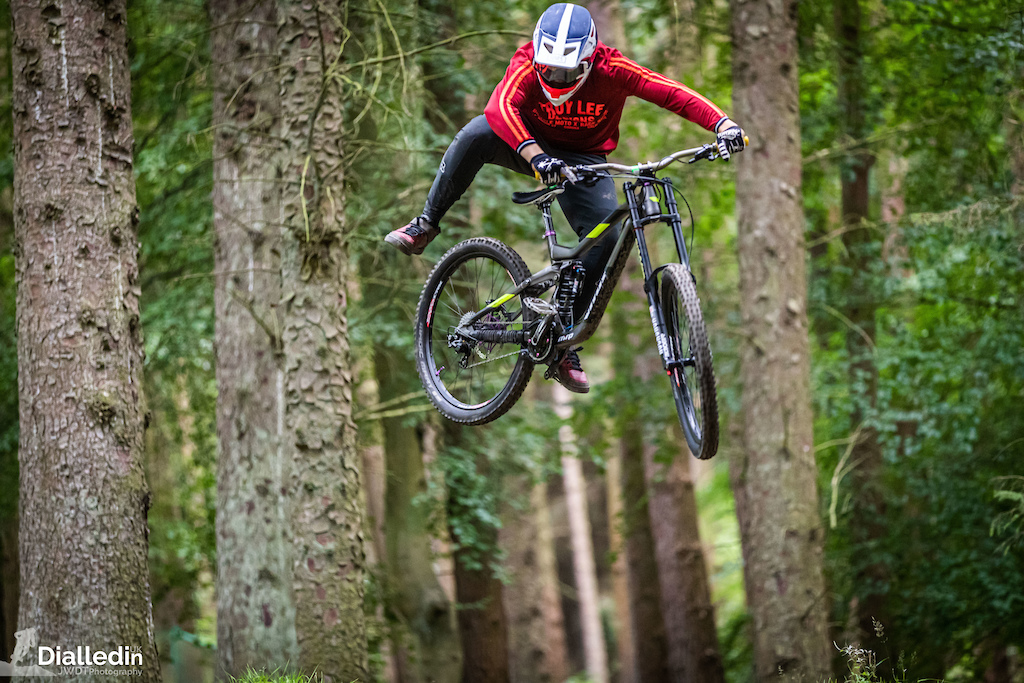 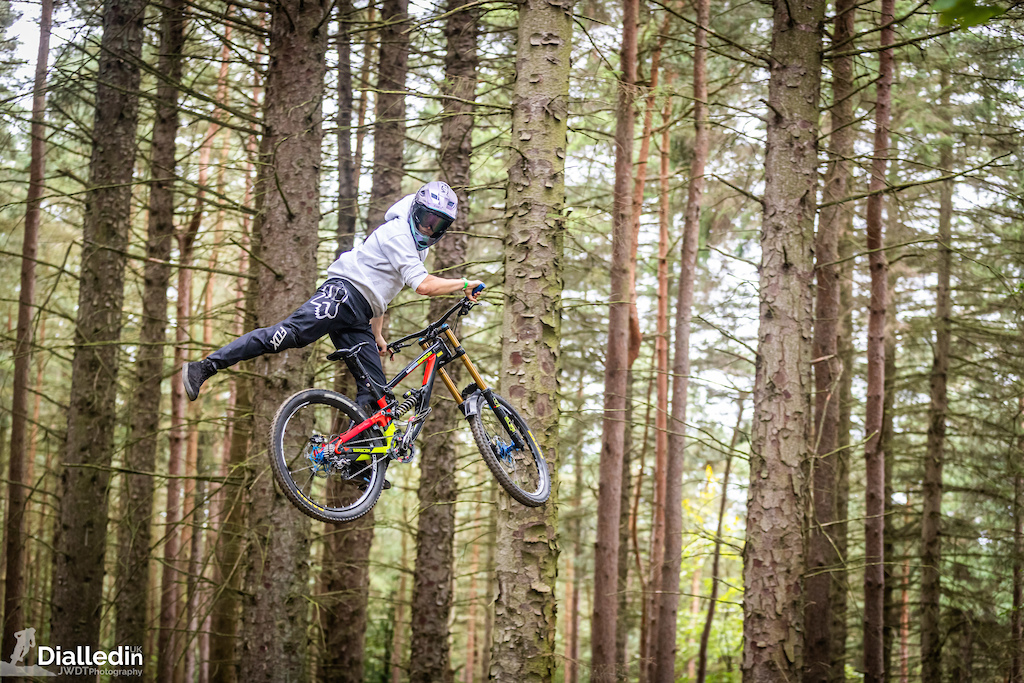 Alex Scarre - "who the hell are you lookin' at"
So even though the race was cancelled at short notice by the Forestry England, Malcolm and his Gravity Team put on an amazing weekend, Sue and Paul Hart worked solidly all weekend looking after the riders and keeping everyone well fed and safe throughout the weekend. If you're after more information about Danny Hart's Descend Bike Park follow this link here, you can also follow a lot of up to date information on their Facebook here. Lastly, if you're thinking about entering any downhill events head over to the Gravity Events Facebook site or the web pages here. 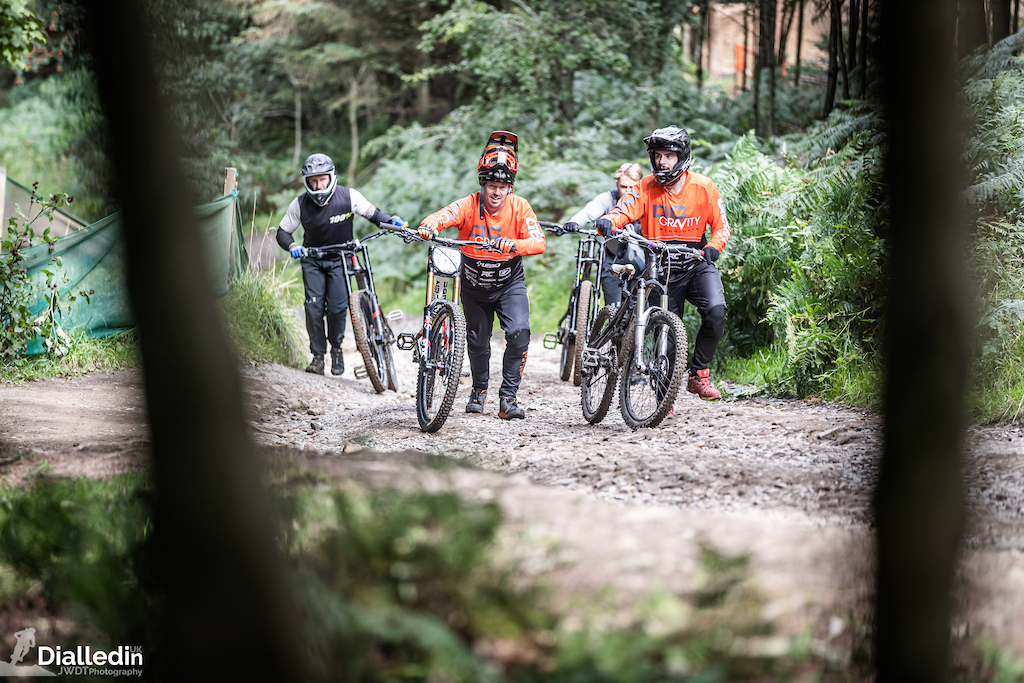 Howay!!! Malc and team mechanic couldn't get on the uplift!! 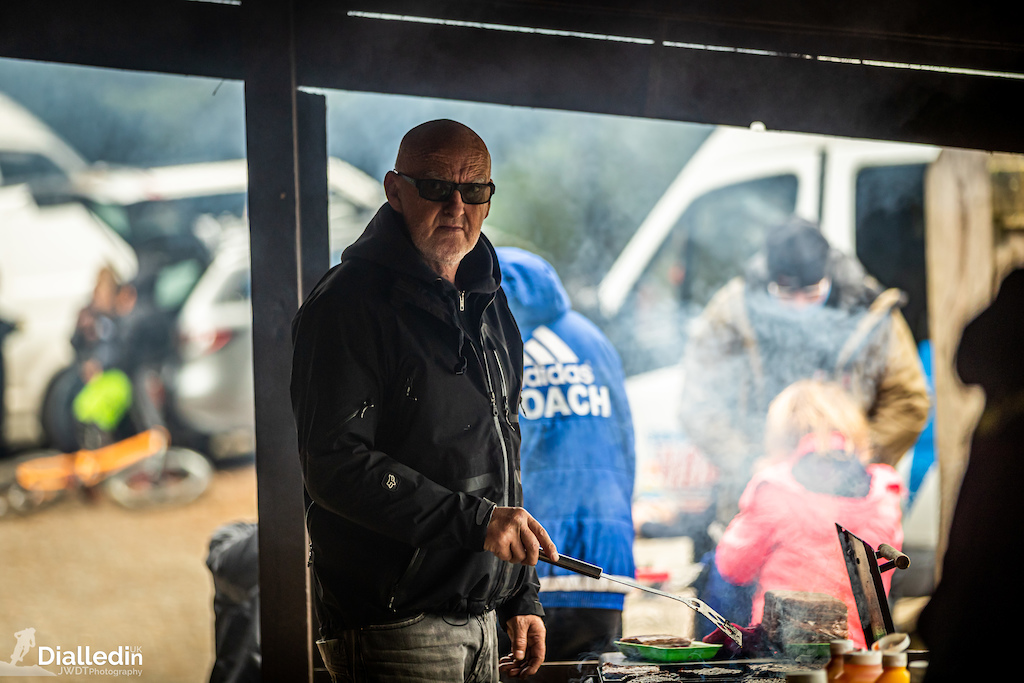 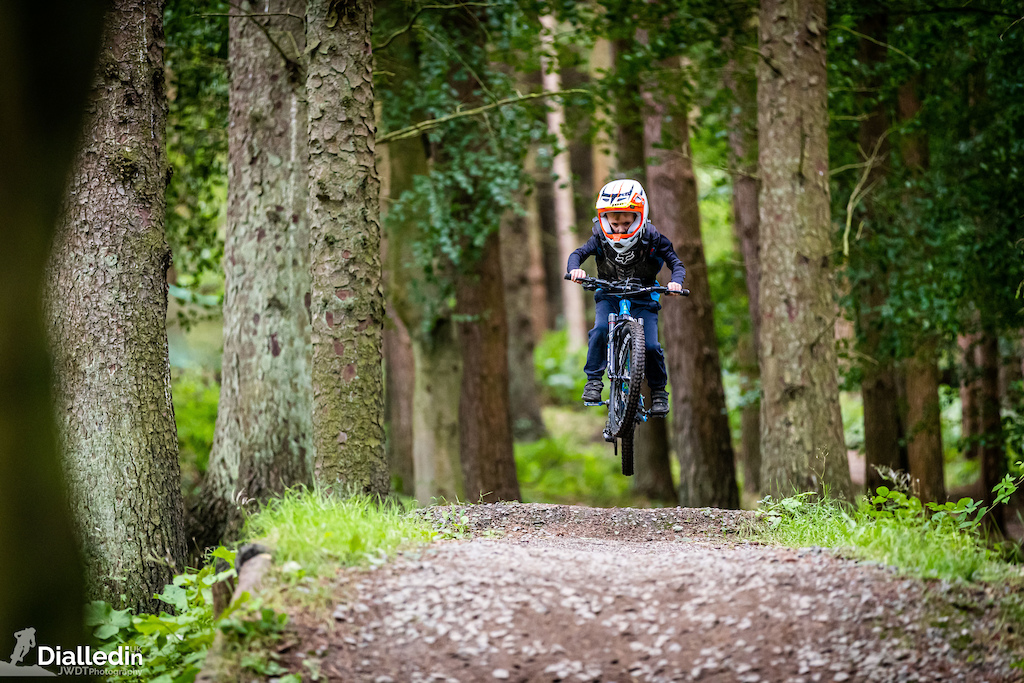