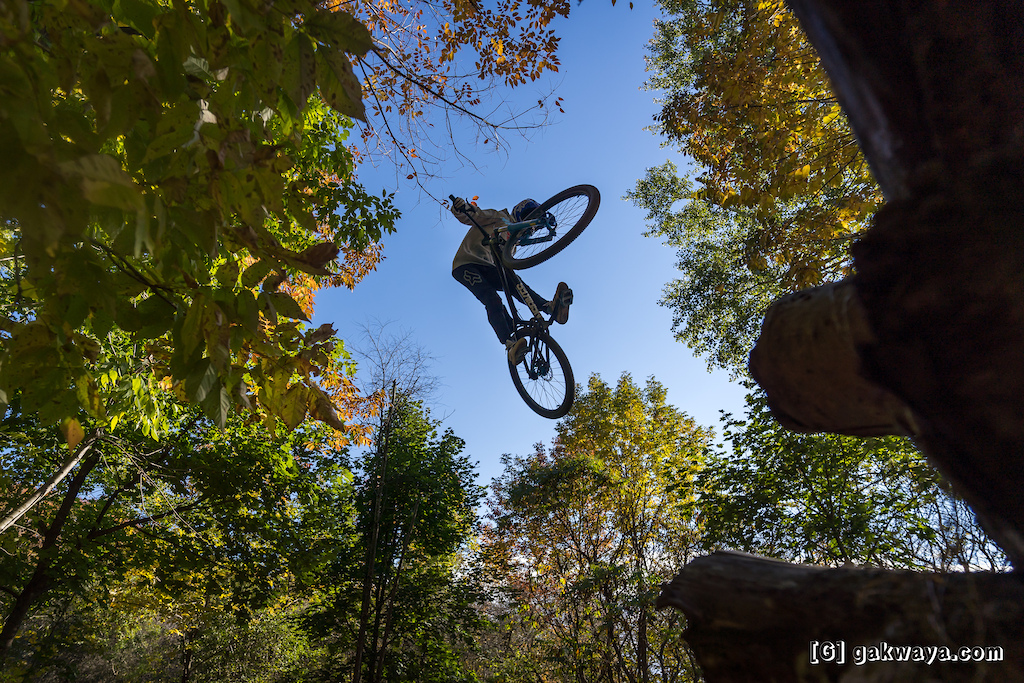 There is a small place in the Quebec City area that has been getting a lot of attention in the last few years, especially from riders that are looking at improving and challenging their jumping skills. It’s a tiny area, with minimal elevation but with good dirt and a dedicated group of builders led by Mike, Phil and Ric.

From its humble beginning of a jump over a discarded fridge some 13 years ago, it slowly grew into a multi-line mini bike park, all built by hands, with lips and gaps that challenges and rewards even the most seasoned riders.

With the fast growth of mountain biking in the last 2 years came an increasing number of visitors to la Marmota, so much that the time was right to organize the first-ever Marmota Fest in the Fall of 2021.

Things were kept as simple as possible for this inaugural edition. The first event was a mini “Air DH” on La Petite, the most accessible line of the area, followed by a Whip-off contest on the Turco jump and an improvised Best Trick contest on the big step-up to end things.

Air DH
With plenty of riders coming from DH and BMX racing backgrounds, the competition was fiercer than anticipated. Air time had to be kept to a minimum and more than a few pedal strokes were required for a podium spot. But most importantly, this first event was still laid back and open to all. It was the perfect opener to showcase the wide variety of riders that showed up. Contingents of riders from Saguenay, Bromont, Montréal and the Outaouais all made the drive to Quebec City to pay tribute to the spot. 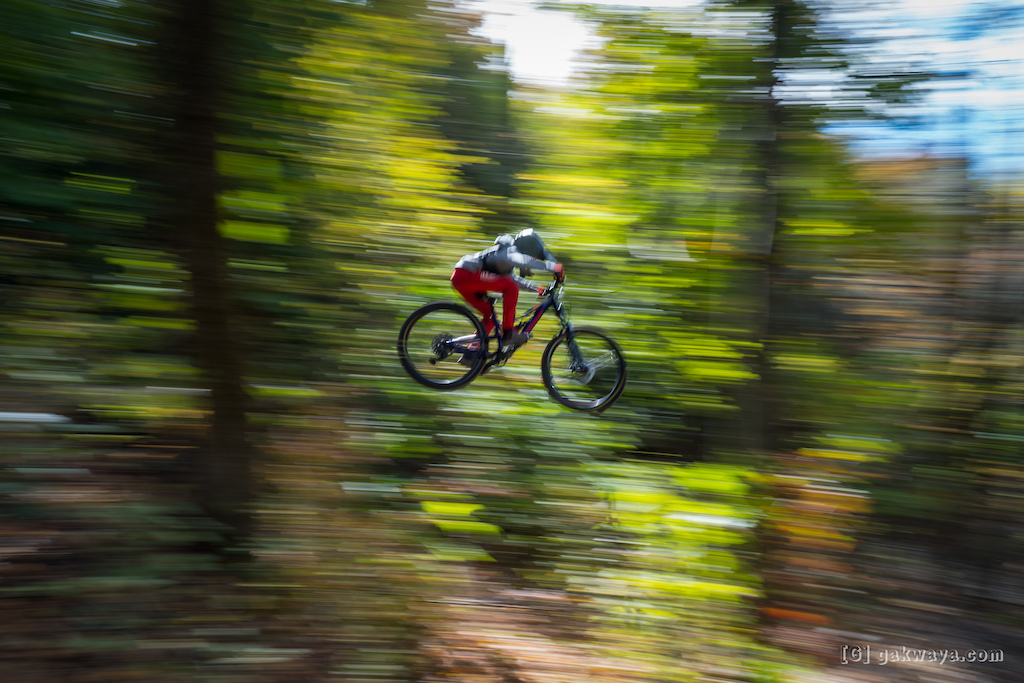 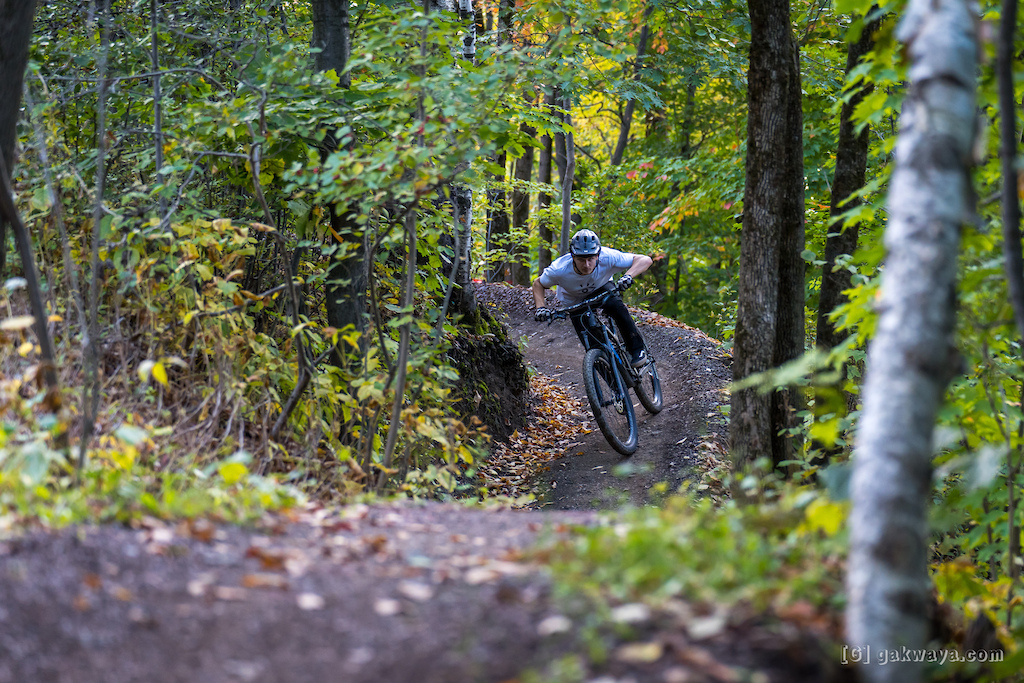 On such a short track, the first few turns had to be negotiated perfectly. 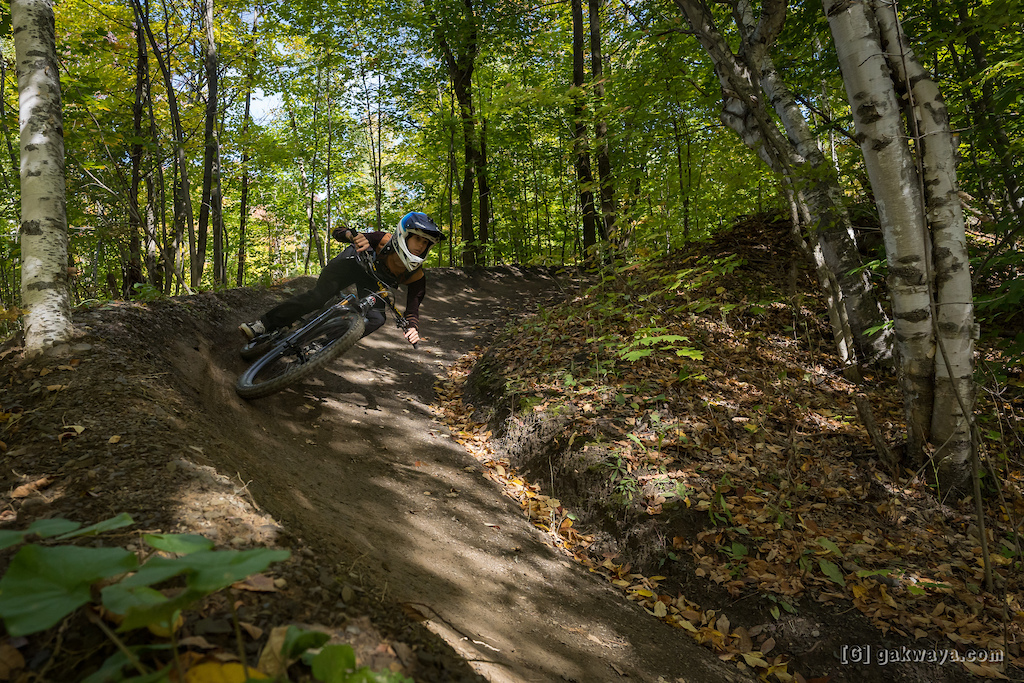 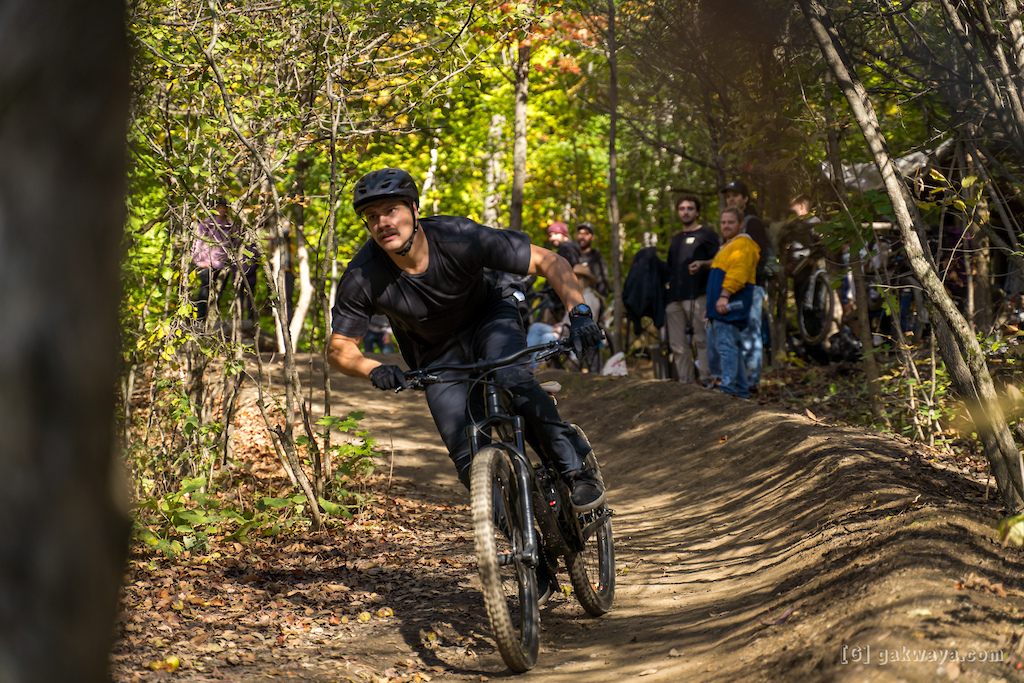 Many riders gave it all on the small flat before the Dromadaire jump.
Final times were very tight, former BMX racer Frédérick Laroche grabbed the win by only 0.3! seconds!

Whip-Off Contest
Hitting the Turco jump is a bit of a rite of passage at la Marmota so it was only natural to choose this jump for the second event. This jump is in the middle of the respectable Medium Saignant line. To get it right, riders have to hit a steep gap jump followed by a sizable step down then squeeze a few pedal strokes to get max amplitude on the Turco and take advantage of its long and wide landing to get as sideways as possible. 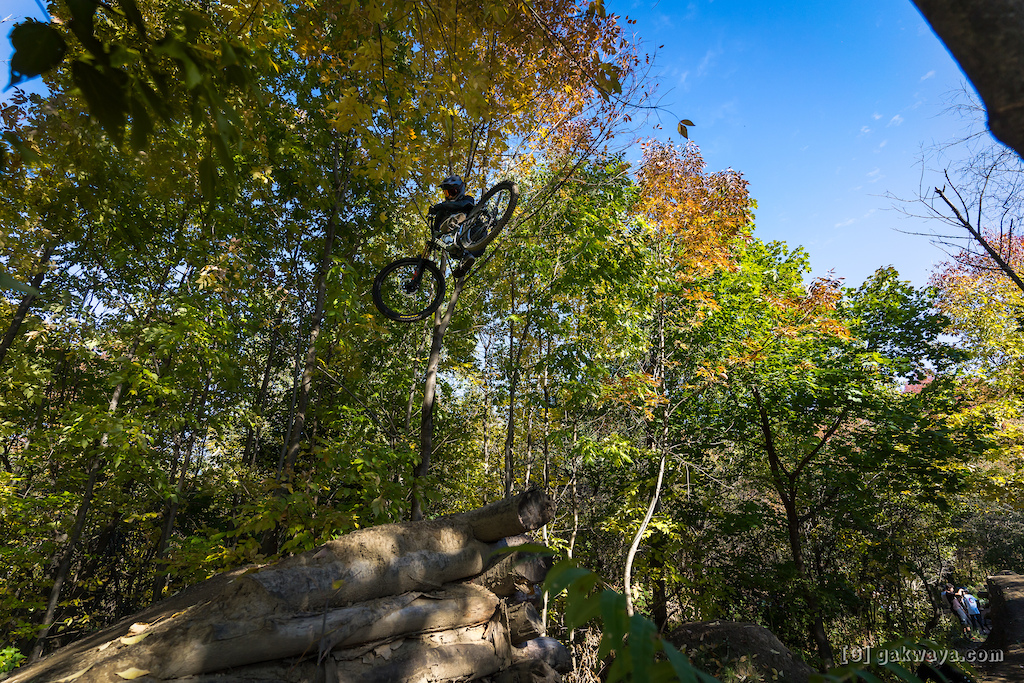 The variable light conditions weren't an issue for Sébastien Lafontaine. 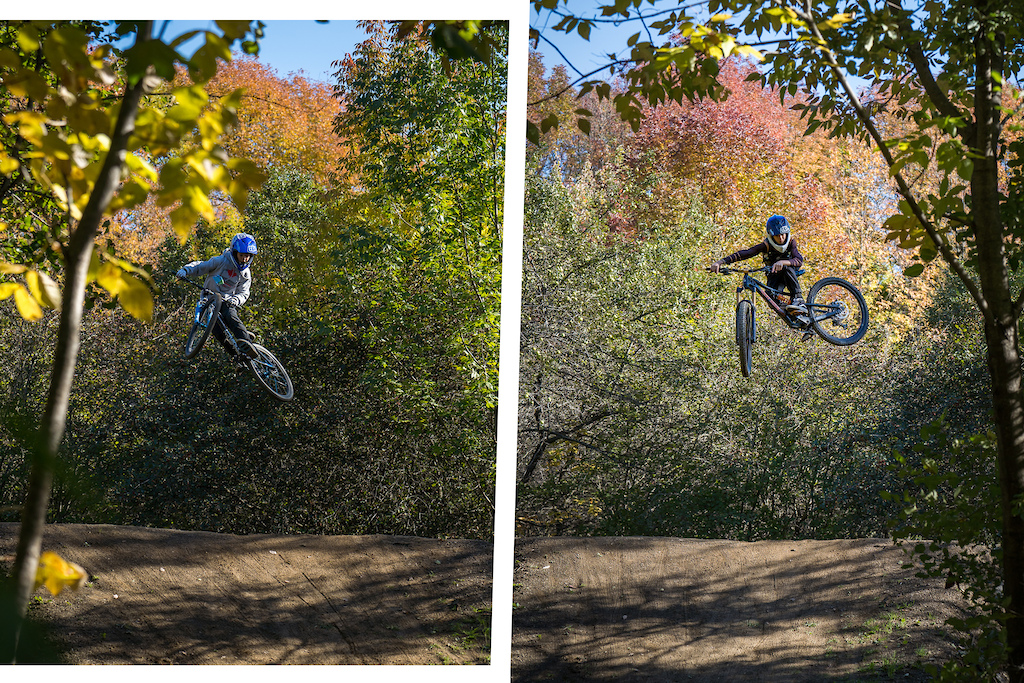 Some kids are doing just fine... Charles Maltais and Sean Hughes getting sideways on the Turco. 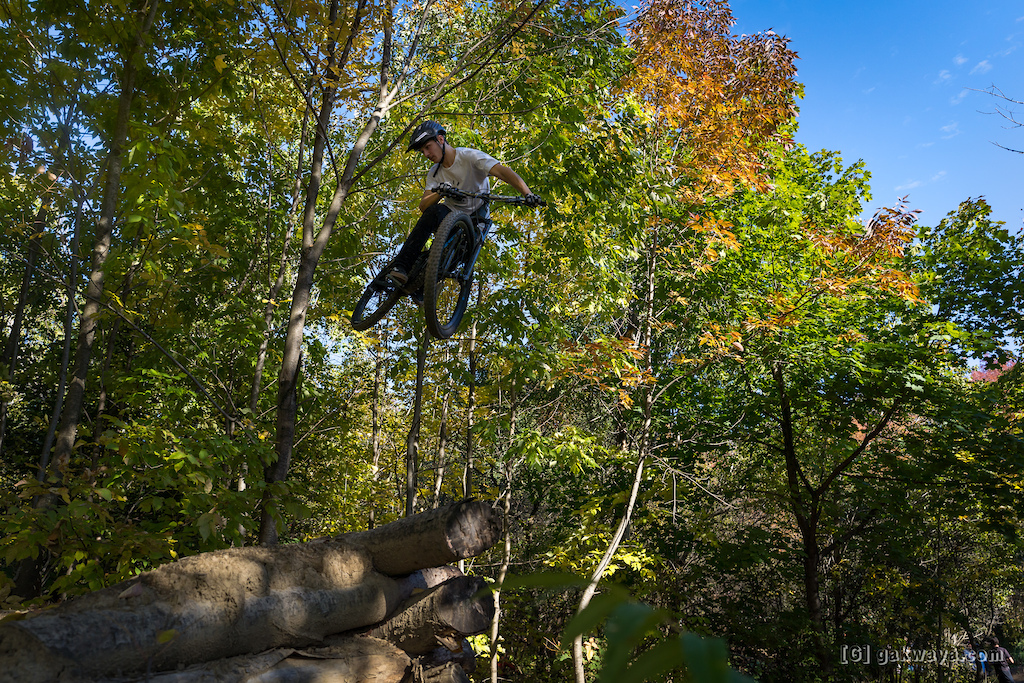 One of Nathan Compartino whip variations.
Obviously, the event went on as a jam format and it was a very good show with countless massive whips and other figures. Again, old dogs, fearless teenagers and young shredders battled hard for the top spot. In the end, it was Saguenay’s Nathan Compertino that took the award.

Best Trick Contest
Since the participants were having so much fun on the Medium Saignant line, the planned Long Jump contest that was supposed to happen on the Petite Ligne was replaced by a Best Trick contest on the 2 big jumps that follow the Turco. Riders still had to hit the whole line to have enough speed for the last jumps so things almost turned to a slopestyle contest, for the greatest pleasure of the crowd. 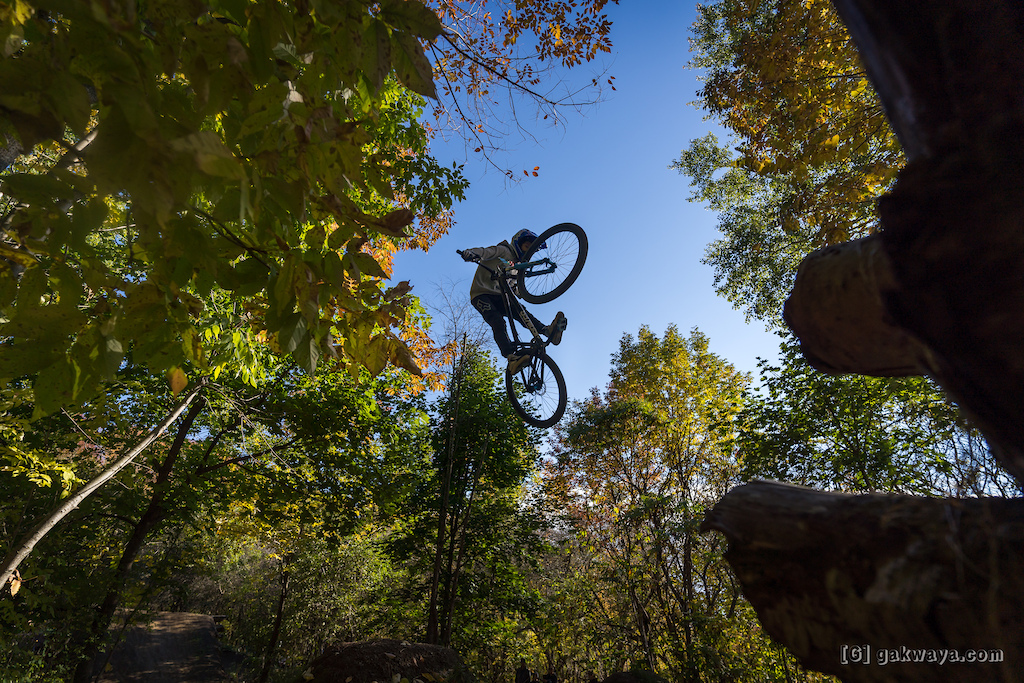 The last jumps of the line offered considerable air time for the riders. 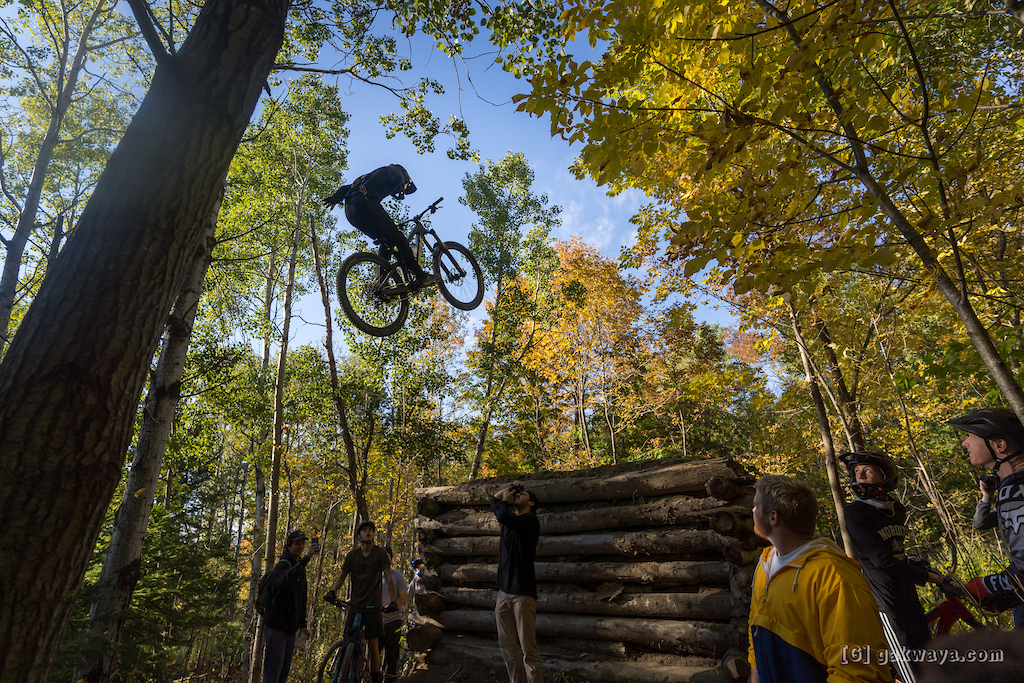 Sébastien Lafontaine with a Suicide No Hander.
Some 30 runs later, it was Nicolas Girad and Mickael Belley that threw down the best tricks (backflip and tabletop to stoppie). 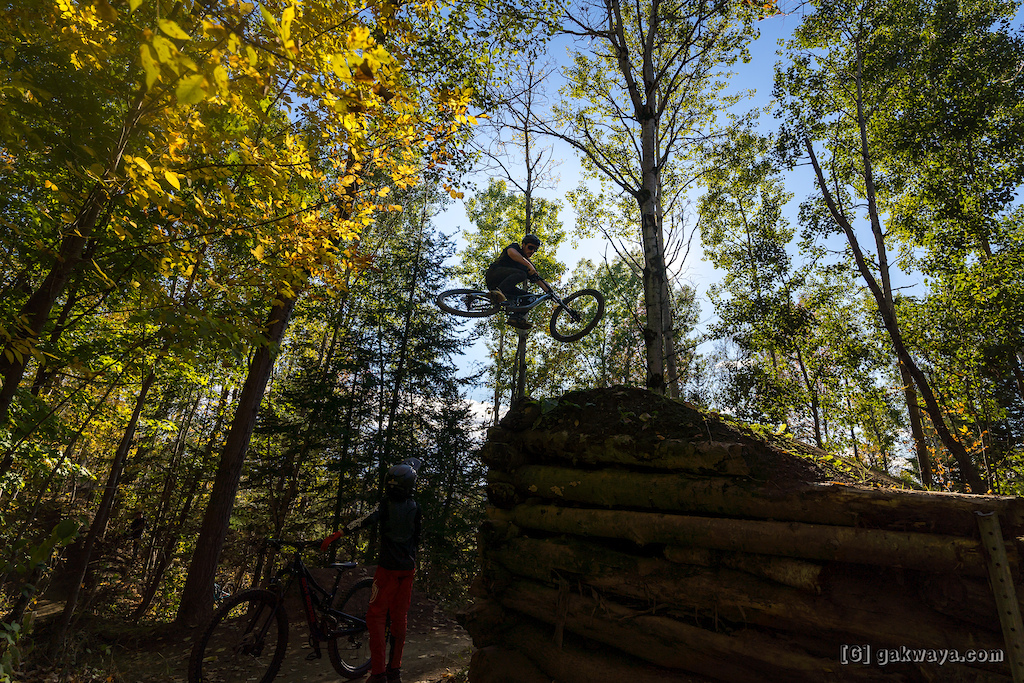 Mikael Belley landed this one on the front wheel. 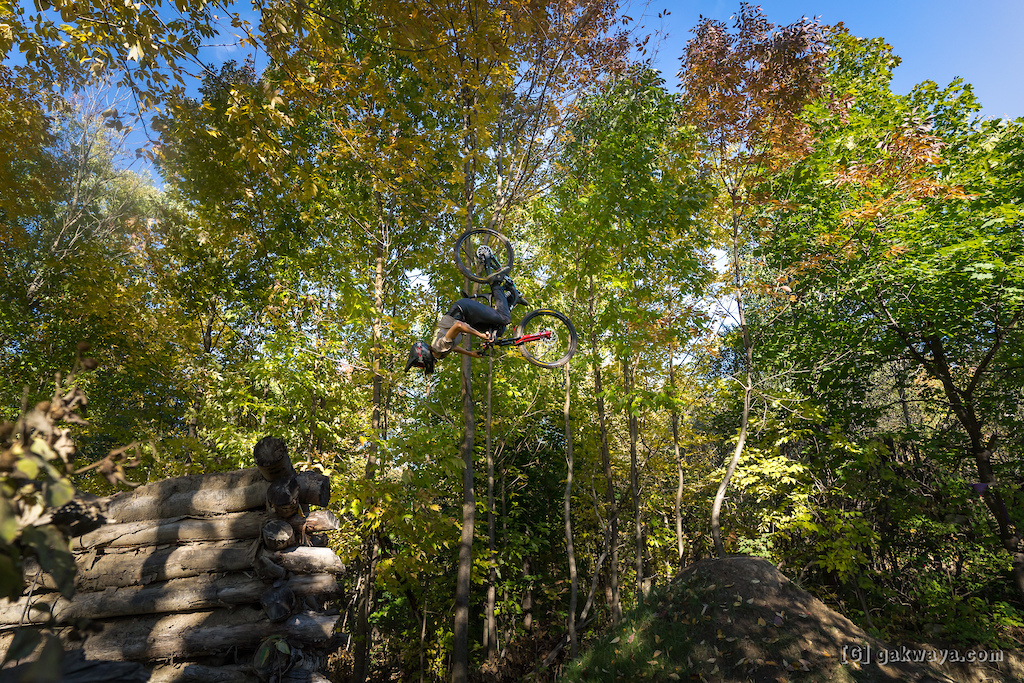 One of the biggest tricks of the day was this backfilp by Nicolas Girard.
Best Tricks Contest winners
Nicolas Girard and Mikael Belley.

With all the events in the books, the time came for celebrations and the closing of this 1st ever Marmota Fest.

Nobody knows what the future holds for this iconic jump spot but one thing is sure though, it is surely spots like La Marmota that keeps the spirit of mountain biking alive throughout the world. 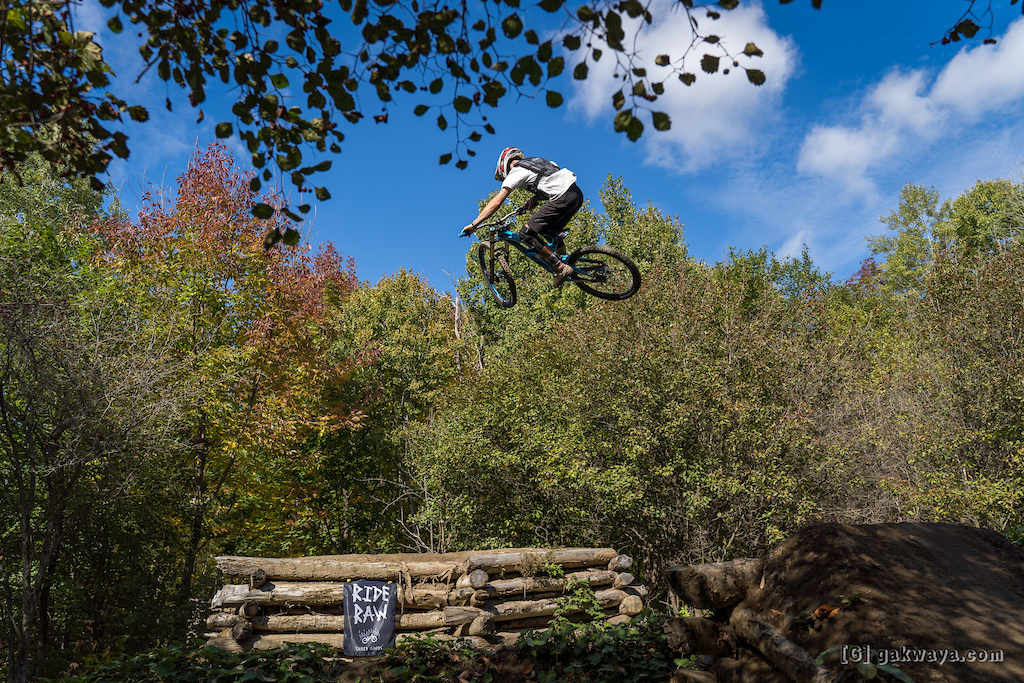 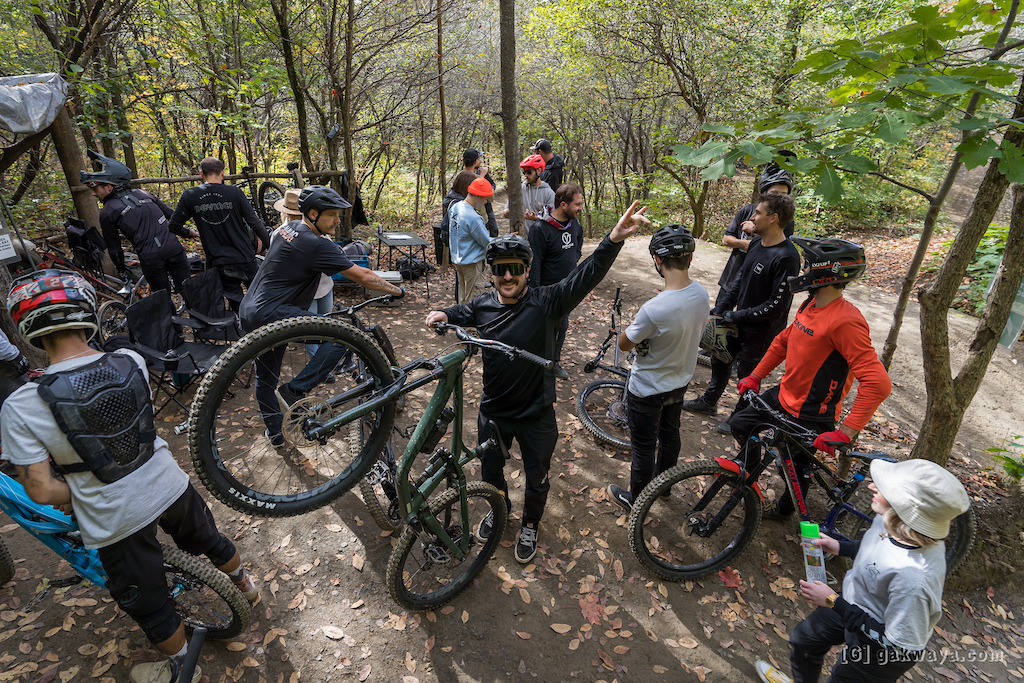 nico-clement-trailbuilder (Oct 11, 2021 at 17:04)
Cool article on a of cool spot. Huge respect for the amount of clay moved by hands, shovels, buckets and wheelbarrows over there!!! Legends