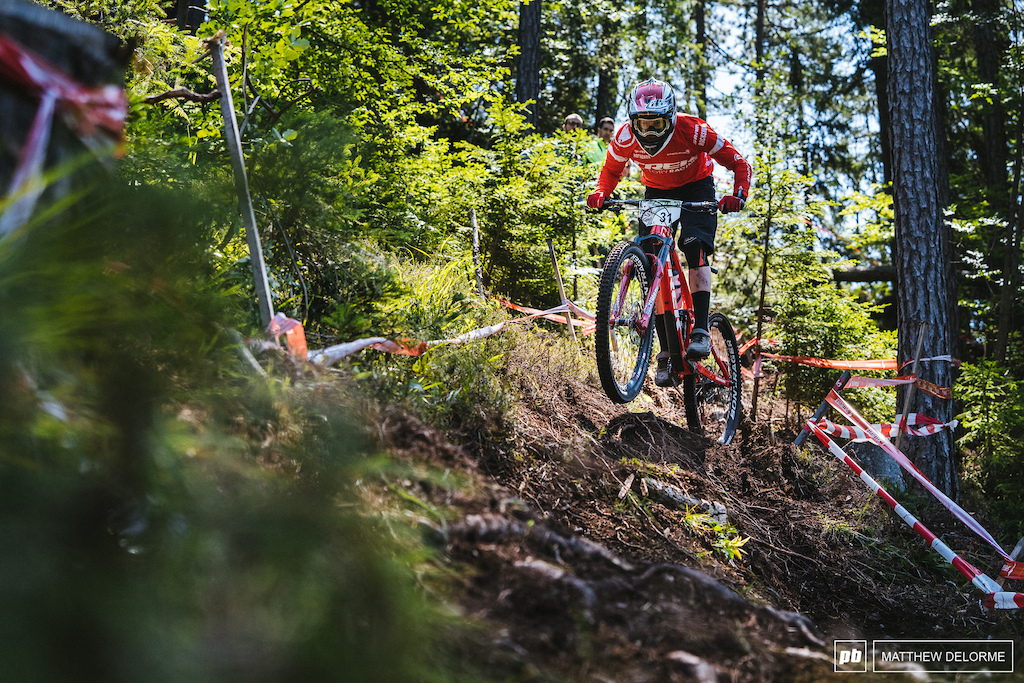 The EWS has announced today that the Orlargues and Petzen Jamnica Rounds, which were originally scheduled to take place in October, have been cancelled and the rounds in Pietra Ligure (September 19/20) and Finale Ligure (September 26/27) will now bring the season to a close.

The EWS kicked off the international race season in Zermatt with a joint EWS and EWS-E race and it will now run a three round series that will be finished by the end of September. The decision to cancel the rounds in France and Austria / Slovenia was made in agreement with the local organising committees of each venue, where it was mutually decided that the two Italian rounds are a natural end point for the 2020 season. 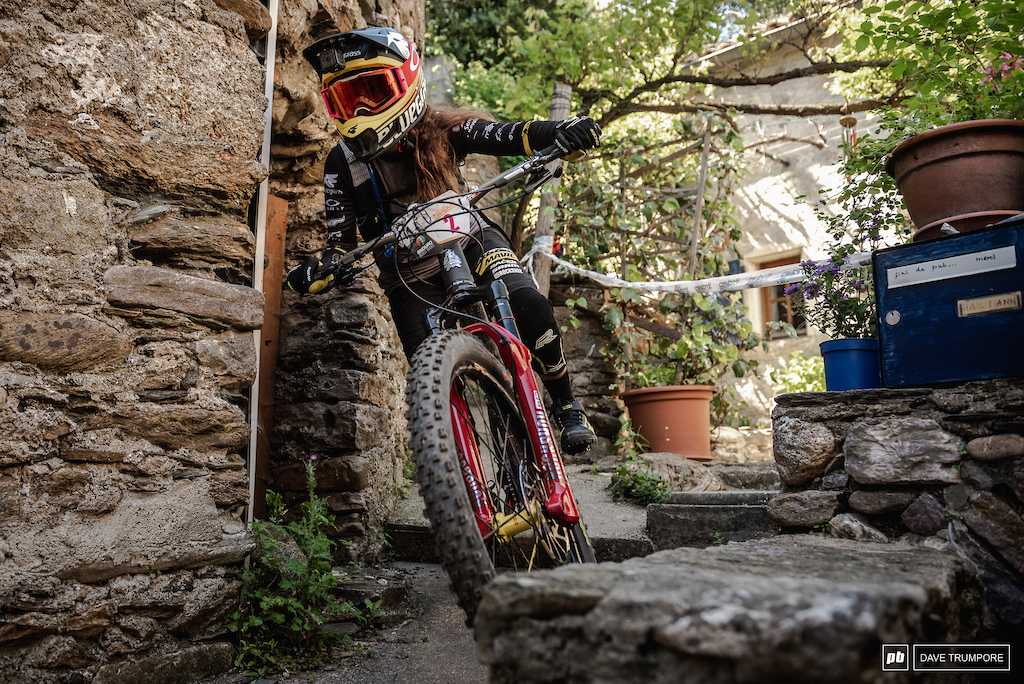 
Riders entered into the Montagnes du Caroux and Petzen Jamnica races will be contacted directly.

withdignityifnotalacrity (Sep 8, 2020 at 8:39)
It's a minor miracle we got any EWS races at all. At least the racers will get to enjoy nice weather and gelato.

jayjay1989 (Sep 8, 2020 at 11:51)
So they cancelled two rounds just for the sake of tradition? I mean they could´ve said it was due to Covid (especially true for France) and everybody would´ve understood that. But now I´m kind of confused, because the explanation is...interesting.

Augustus-G (Sep 8, 2020 at 10:39)
They can pull off almost 3 solid weeks of racing for the TdF but can't run a couple of Enduro races?
Makes me wonder. Local conditions?

salespunk (Sep 8, 2020 at 13:27)
The TDF teams are in a bubble for 3 weeks with no outside contact. Impossible to do this with the EWS venue changes. One other note, the TDF Director came back with a positive test today and has been removed from the event so....

headshot (Sep 8, 2020 at 22:30)
Also heading into winter as its far later in the year than usual so the two cancelled rounds may have been washed/snkwed out? Zermatt didn't exactly go as planned.

ssteve (Sep 8, 2020 at 11:46)
Where are all the worldwide government conspiracy comments? Those people all banned now?

Lagr1980 (Sep 8, 2020 at 8:55)
I think EWS and DH races are relatively easy to manage.. Zermatt was easy to manage.. now.., I saw as an espectator an Ironman race that just took place in Les Sables D'Olonne.. that was irresponsible IMO...

Lagr1980 (Sep 8, 2020 at 9:38)
@5afety3rd: in COVID times... and my comment goes to answer on the consistency of cancelling this race and if the race the day before goes on or not.. and crowds, protocols etc.. P.S I didnt know my resume is on my pinkbike homepage !

Maxcommencemal (Sep 8, 2020 at 11:14)
Gutted that they've cancelled Olargues (with one r)
Let's see how many EWS riders decide try out the Epic enduro...

Fingers crossed ! I missed the first EWS in Olargues (as a spectator, it's my native village) due to a last minute hospitalization, and now this one... At least, the Epic Enduro would end well a whole season of frustration and hopes.

FlorianTHT (Sep 8, 2020 at 13:28)
The petzen/jamnica EWS was the only proper race for me this season.. i was already so excited to finally get to race

And while I'm very much not a Trump supporter, I would bet that he wins. In the USA, incumbents have a huge advantage, plus Kamala Harris is too polarizing and will hurt, not help, Biden. I'm saying this strictly from an analytical perspective, not a political one.

conoat (Sep 8, 2020 at 17:51)
@lev3000: if everyone that hates trump and Biden voted for a third candidate(COUGH Jo Jorgensen), that candidate would win in a landslide.

what's everyone waiting for?

davec113 (Sep 9, 2020 at 10:16)
@conoat: IMO it's important that Biden wins by as much as possible, regardless if you're in a state that's gonna vote blue anyways. Trump is certainly planning on contesting the election, because if he loses he's open to prosecution and may spend the rest of his miserable life in prison. So, he has nothing to lose and would rather see civil war than leave office. Vote for whoever you want in 4 years, please vote Biden 2020.

dthomp325 (Sep 9, 2020 at 10:25)
@conoat: She literally just tweeted "get the federal government out of the ownership of lands". That would be a complete disaster for mountain bike trail access in the Western US if it ever happened, our sport would be over outside of private bike parks and resorts.

hamncheez (Sep 9, 2020 at 10:34)
@dthomp325: No it wouldn't. Most land is wilderness and bans cycling. I visited Texas for work, and joked to my Texan coworkers who bike about how crappy Texas is because no mountains ( I live in Utah). After riding Spider mountain, in Austin, I had to eat my words. With only 400 feet of vert they build better trails than 90% of the trails in Utah. All the new trails in Utah are all IMBA, Gravity logic, government approved garbage. Private is better.

davec113 (Sep 9, 2020 at 10:40)
@hamncheez: Agreed. Super disappointed by new GL trails at Winter Park, total garbage and they closed one of the only tech trails on the mtn to put up a crappy GL flow trail. The work they did initially at WP years ago was so much better, wish they would bring that style back!

dthomp325 (Sep 9, 2020 at 10:50)
@hamncheez: Most federal land is NOT wilderness, most federal land is forest service and BLM land, which encompasses nearly all the trails in Moab, Sedona, and the rest of the rocky mountain states, even access to XC trails at ski resorts is only possible because it's leased fs land and the federal government enforces public access. You want to drop into Wasatch Crest or literally anywhere near Park City? That's only possible because the ski resorts leasing the fs land are required to provide public access.

Sstar (Sep 8, 2020 at 10:36)
Maybe we will see in the 2 remaining races more racers riding both EWS and EWS-E to get more racing in and more sponsor exposure this season

lalientoxc (Sep 8, 2020 at 14:20)
Should’ve brought the ews to Oklahoma or Florida n I guarantee you this would not have happened lol

withdignityifnotalacrity (Sep 9, 2020 at 6:34)
@lalientoxc: No lack of white powder too. Prime conditions to hit some gnar.

jackfunk (Sep 8, 2020 at 10:25)
Due to the fact that its international? Traveling is certainly still a big concern for people.

dthomp325 (Sep 8, 2020 at 15:34)
Tour de France just announced a bunch of positive tests even though they are using a "bubble". Last EWS had positive tests. I think it shows this type of event with different locations on the calendar is not going to be possible for the foreseeable future, at least with the budgets mtb teams are working with. They might be OK if they could have all of the season's races in a single location and fully quarantine everyone involved, but that likely doesn't work for ews team budgets.

ODY89 (Sep 8, 2020 at 17:00)
@jemscott: I think that @justanotherusername: has it right. These other competitions and sports have so much more money behind them in TV rights packages, massive sponsorship packages not only for the competition as a whole but for individual athletes/teams within competitions.

I know MTB is doing ok right now but how many riders are making a living from their racing in the world? I dont have any precise figures but from what i've heard/read maybe the top 20-30 riders in DH are making enough for a living, and maybe similar in enduro (please correct if wildly wrong), plus a few support team members across different teams. That is not a whole lot of people in the entire world making the money from attending mtb races, compared to the numbers in the Tour, or top football teams etc it would be almost insiginifcant.

conoat (Sep 8, 2020 at 17:53)
@dthomp325: or.....OR.....hear me out here......we face the future that is unstoppable, rationally!? this disease will not be stopped. Ever. it will just have to more through all societies. millions will die. it is not an issue of if, just when. so perhaps ruining the worlds economy for no net difference isn't a great idea???

eugen-fried (Sep 8, 2020 at 14:12)
Hello there! Now when you don't have to go to the school in person, you have time to read on Spanish flu and the medieval plague. It's quite creepy, enjoy!

philalm (Sep 9, 2020 at 13:53)
It definitely sucks Sycip 69er, but they reckon the Black Death plague in mid 1300's killed at least a third of people in Europe. Some would say there are politicians who are trying to beat that . . .

norbert-sendtressangle (Sep 8, 2020 at 8:16)
This wreaks of a global conspiracy to control the world.

suspended-flesh (Sep 8, 2020 at 14:32)
@MikeyMT: They do, indeed, but the rest of the world values spelling correctly and using words like brake and break in proper context.

norbert-sendtressangle (Sep 8, 2020 at 23:45)
@endlessblockades: Since when has correct grammar and spelling been a prerequisite for conspiracy theories though?

They're not, ppl are just all Covfefe-19'd up and will DV anything that walks. I didn't think it deserved a DV
Post a Comment