DEATHGRIP puts the defining style of Brendan Fairclough with the progressive filmmaking of Clay Porter, slamming them together into an in-your-face, non-stop onslaught of race-pace action set against Planet Earth scenery. It pushes mountain biking to a new level of intensity and documents the sport a pulse higher than ever before.

DEATHGRIP will debut its world premiere in Fairclough’s home city of London, England on April 13th, 2K17. The film will then set sail on a global premiere tour, including a public screening at Sea Otter Classic on April 21st in Monterey, California. The film will be brought to live audiences around the world in Munich, Barcelona, Madeira and South Arica throughout May. A global release is scheduled for May 30th through iTunes and other digital platforms. Pre-order is available now through Vimeo On Demand. 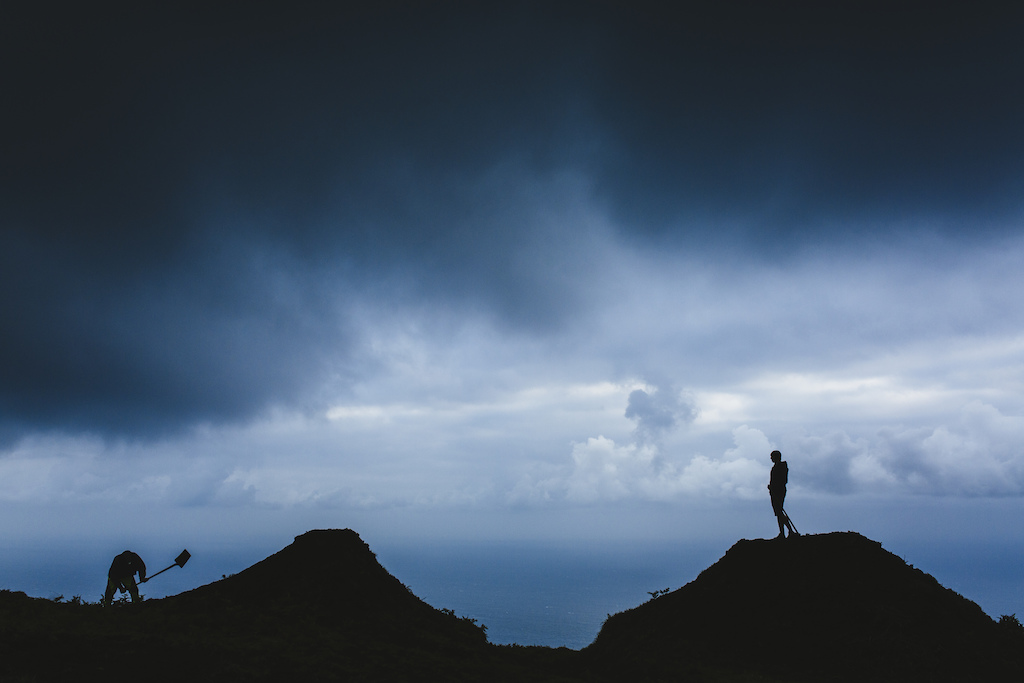 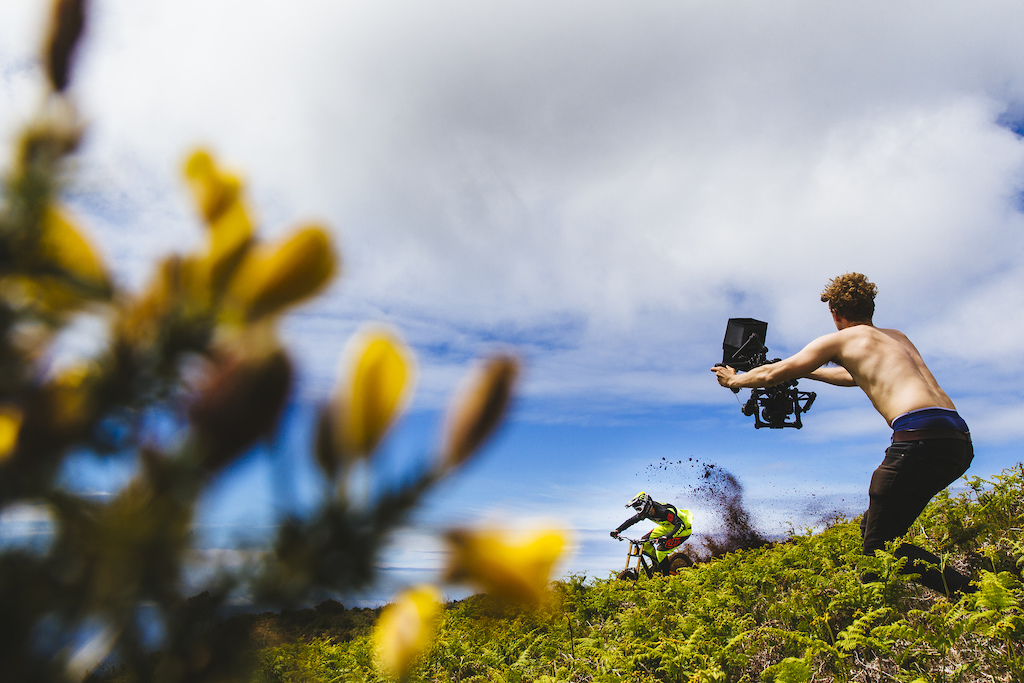 DEATHGRIP is a Metis Creative film in association with GoPro.

Produced in partnership with Raised By Wolves. 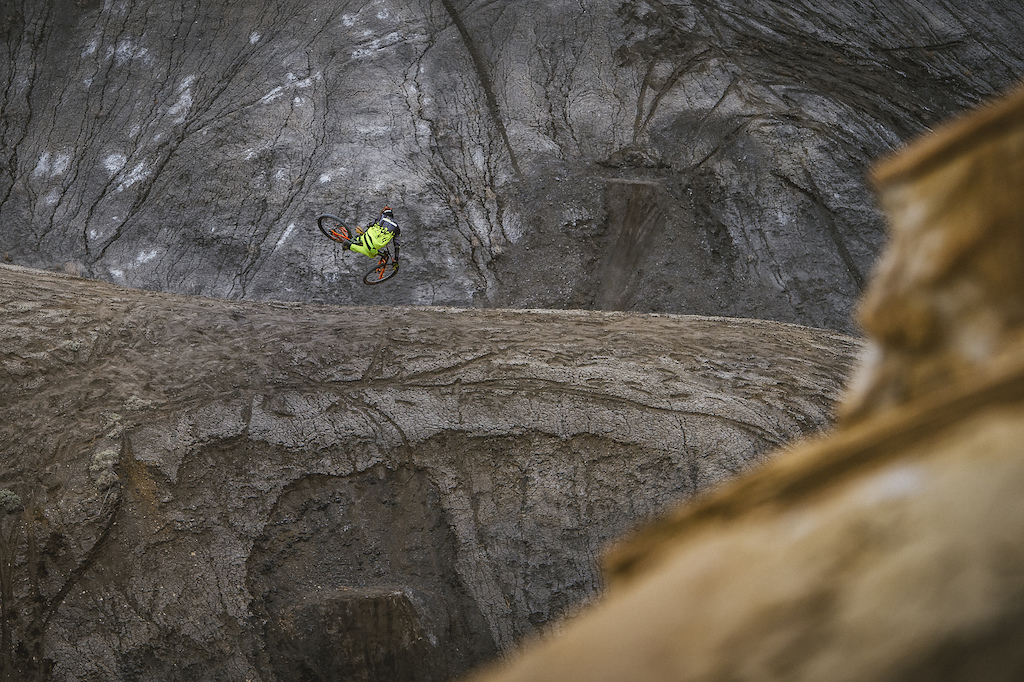 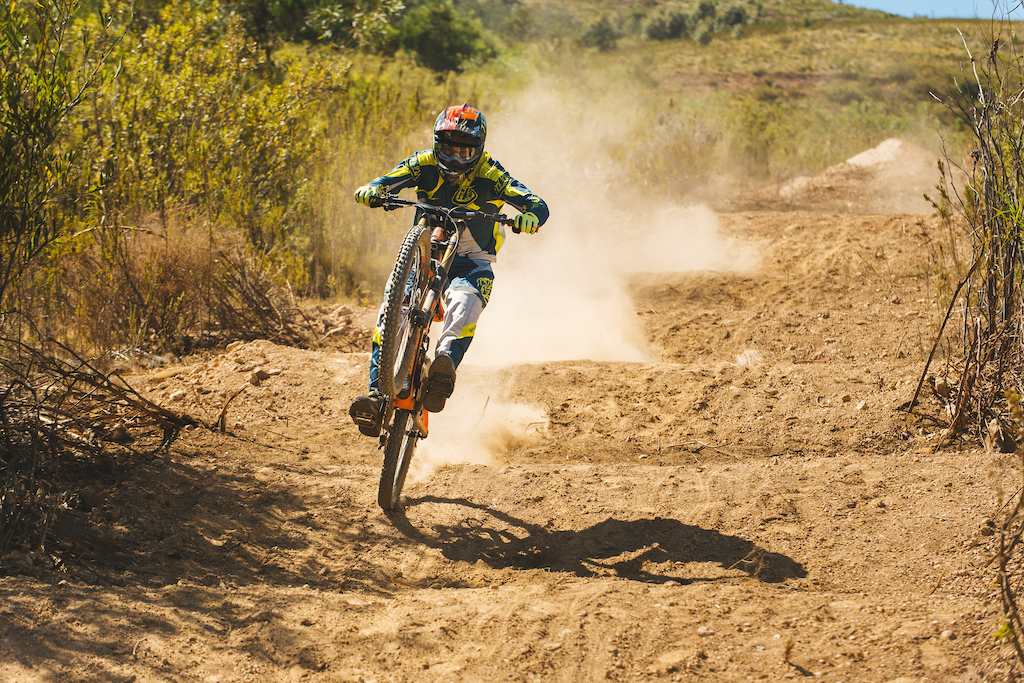 South Africa – Photo by Eric Palmer
Brendan Fairclough (Starring Athlete – London, England) is one of mountain biking’s biggest influencers. A World Cup racer at heart and by trade, Fairclough’s riding has taken him around the world since the age of seventeen. The sport has made a mark on Fairclough and he fully intends to return the favor through DEATHGRIP. Fairclough currently rides for the Scott-Velosolutions team. 2017 marks his 11th consecutive season of World Cup racing.

Clay Porter (Director – San Francisco, California) has spent more than half his life documenting the sport of downhill mountain biking and created some of the genre’s most influential and successful projects including Won’t Back Down: The Steve Peat Story (2014), 3 Minute Gaps (2011), The Atherton Project (2009–2011) and Between The Tape (2007). DEATHGRIP marks Porter’s tenth globally distributed mountain bike film project. During the past few years, Porter has created commercial content for a range of brands including Nike, Coca-Cola, Lexus, and Girl Skateboards. For the past five years, he has worked primarily with Metis Creative production colleagues Cameron Baird and John Reynolds since the commercial production boutique’s founding in 2011. Porter currently serves as the creative director of Metis Creative.

panchoy (Apr 5, 2017 at 3:08)
you know it's gonna be a great bike movie if you see the names like Clay Ported and Brendan Fairclough..

bigtim (Apr 4, 2017 at 5:11)
Would be even better if I could find out where to get tickets for the premier so I get to watch the entire thing on a big screen!

shaun-ridefast-michael (Apr 4, 2017 at 9:49)
Don't forget beer. That should be included in the equation somewhere!

GauthierFabri (Apr 4, 2017 at 6:32) (Below Threshold)
@Bretttippie thanks for making sure we will have a free premiere online

multialxndr (Apr 4, 2017 at 3:37)
Can't wait. Bring back the golden days with clay porter pumping out videos along with the collective, earthed and NWD. We didn't realise how lucky we were with so many sick features being produced

jimeg (Apr 4, 2017 at 9:02)
Need to team up Brendan and Elliot Jackson. The two most moto-style riders our there. Seriously in command.

verskis (Apr 4, 2017 at 5:32)
Ahh, finally a freeride film I'd like to see! I lost interest in backflipping and cliff dropping movies somewhere between NWD 2 and 3, after that I have been only interested in DH racing or BMX films. Never was into artsy lifestyle-documenting MTB films either.
This, on the other hand, looks legit! (if Porter can keep the slow mo to a minimum)

shredright (Apr 4, 2017 at 2:10)
Looks great, especially without that cringeworthy narration that's in the first teaser.

LiquidSpin (Apr 4, 2017 at 7:20)
Almost time! I've been waiting for this ever since the announcement was made. Can't wait to see Brendog and his buddies shred the hell out of every trail they ride. Clay Porter is a genius when it comes to making mtb films so this is gunna be SO $#@$()#@*(#@$#@ AWESOME!!

aireeek (Apr 4, 2017 at 8:03)
That trailer made me seasick - I think the longest steady shot was 1 second. Looks like a cool vid, but the trailer feels like its trying to give everyone ADHD.

Dustfarter (Apr 4, 2017 at 8:27)
Every cliche in the book for that intro. It's like a Monster Energy commercial. That said it totally works and I'll be buying

kdiff (Apr 4, 2017 at 20:25)
Maybe I need to rewatch 3-minute Gaps... I bought it because it had Clay's name and I remember being really disappointed and wanting my money & time back when I watched it.

MStewart40 (Jul 9, 2017 at 7:16)
Watched it last night, mediocre at best,would make a good youtube video. Prepare your children almost all audio is profanity laced and really contributes nothing to the film.

metaam (Apr 4, 2017 at 14:24)
Anyone else remember this?
www.youtube.com/watch?v=PJP-Ilw_xaY
This trailer kinda reminded me of it.

renno (Apr 4, 2017 at 9:41)
this is one i have to see brendan fiarclouth this will be bad ass for realllllllllll