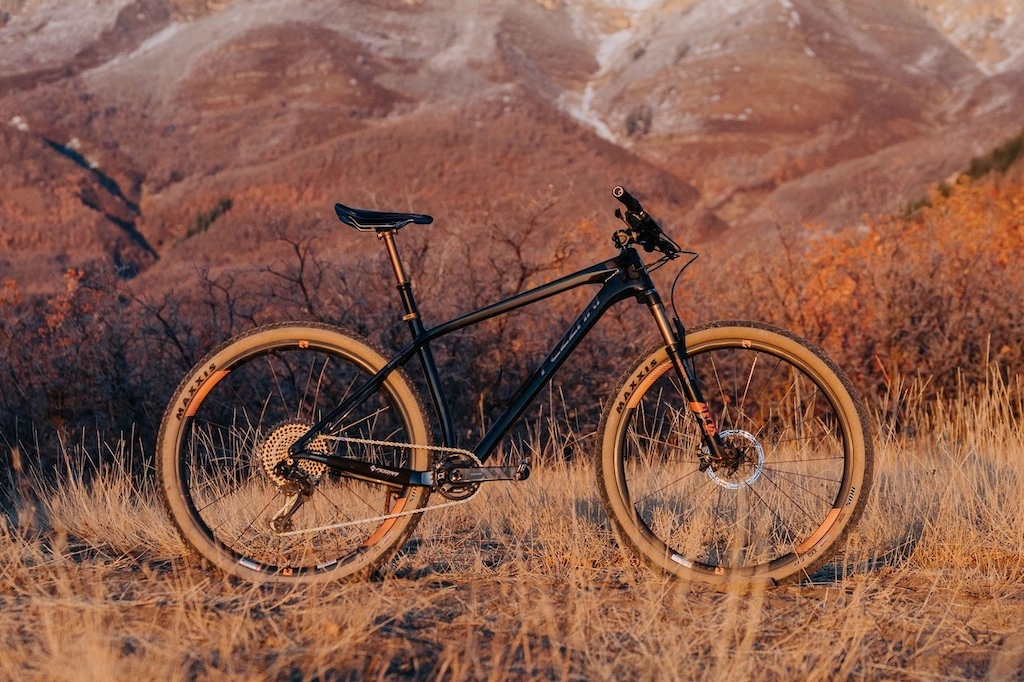 Fezzari has released its new XC race machine, the Solitude, which aims to balance pedaling efficiency with downhill stability.

The most significant development in the Solitude is the use of what Fezzari calls its Monoform technology, which the company had previously only used for its carbon road bikes. While most carbon bikes are made of two molded pieces that are then bonded together, Monoform technology uses a single mold to eliminate bonding and therefore reduce weight without reducing strength, Fezzari says. 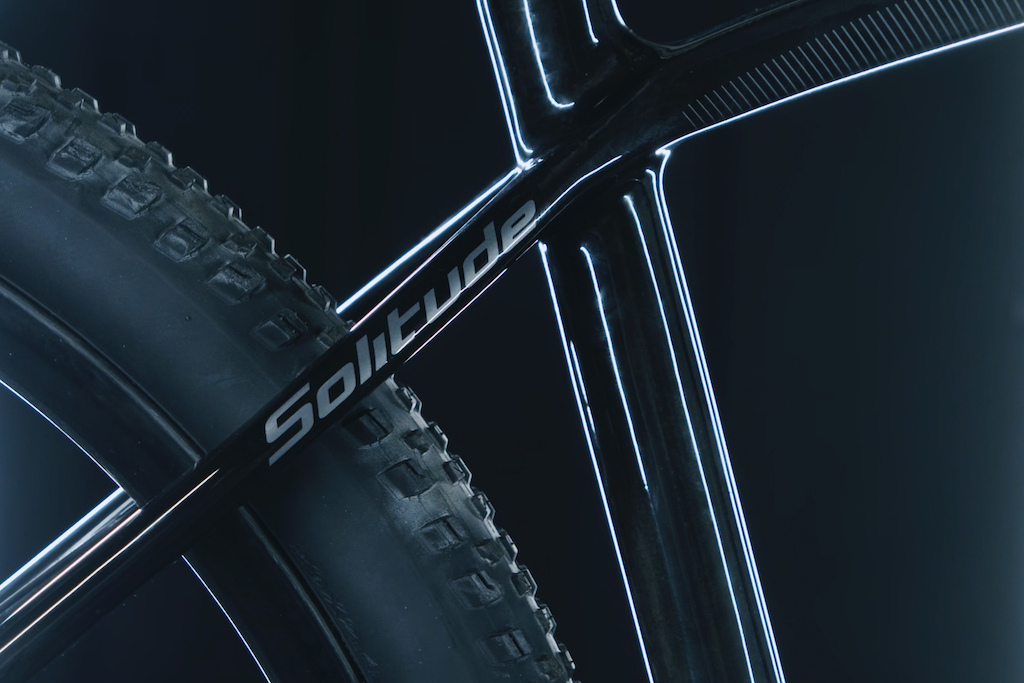 Fezzari claims that the frame weighs less than 1000 grams, but doesn’t specify an exact number. While its low weight puts the Solitude firmly into the XC race category, Fezzari chose to spec the bike with numbers that are a little more progressive than what is traditionally seen on XC race hardtails. In the age of dropper posts on featherweight bikes, gnarly World Cup courses, and Nino’s whips, Fezzari’s geometry choices seem in keeping with the times.

The head angle is half a degree slacker than the previous edition of the Solitude at 68 degrees, the seat angle is now a steep 74.5 degrees, and the reach is longer than before, all in the name of making a bike that borrows some descending prowess from longer-travel trail bikes.

The Solitude can run forks ranging from 100 mm to 140 mm, further blurring the bike’s classification as an uphill-oriented bike.

Snowytrail (Feb 9, 2021 at 11:57)
A little pricey considering Santa Cruz Highball frame is $1900. I guess they really want to just sell complete bikes since a GX/NX complete bike is only $500 more.

seraph (Feb 9, 2021 at 12:14)
Highball still suffers from the 27.2 seatpost size, meaning you can only fit a 125mm dropper at the most. One of the best things about a hardtail with a decent length seat tube is running a dropper with a lot of travel. Also the Highball isn't rated for a 140mm fork

jepc (Feb 9, 2021 at 17:54)
@nozes: I have a 170mm dropper on my medium Epic hardtail. Allows me to go from gravel road to steep technical singletrack in a single ride. Epic HT has pretty much the same geo as the Fezzari, except with 100mm fork (and SLX in the Comp build)

ChrisNJ (Feb 10, 2021 at 5:24)
@seraph: I'm not sure I'd say "suffers". A 27.2 can be arguably more comfortable than a larger diameter post and with XC racers wanting the lightest options possible, they may not want a dropper. So the opinion of a 27.2 post is really quite subjective.

wilsonians (Feb 9, 2021 at 14:35)
Considering, as a DTC company, they have killed it with awesome price vs spec, this price point isn't nearly as good as some of their other models. At $3500 you get Performance Elite and GX which seems high when you consider their Delano peak FS rig comes in at $3500 for top end DVO and SLX build. If you want to compare hardtails, a Scott Scale with a Sid and XT comes in at $3k....so it seems to be missing that huge draw of really really good pricing. Otherwise, it looks like a killer rig.

wilsonians (Feb 10, 2021 at 5:18)
@drakefan705: it's not necessarily, but on a full carbon, full suspension rig, top of line dvo is pretty friggin good at $3500...a whole lot better relative price point than a hardtail with gx and elite.

Is a reach 460 really considered "progressive"?

friendlyfoe (Feb 9, 2021 at 14:11)
@ridestuff: Reach is only relevant on it's own when looking at the standing riding position of a bike. This is not an enduro bike.

With a 74.5 degree seat tube angle and the fact that you're probably going to run a 60-70mm stem on this bike 460mm reach in a large is going to give you about the perfect seated riding position. Remember that steep STA on enduro bikes is a compromise, not a benefit, to allow for long reach which gives a better standing riding position.

DanKaplan (Feb 9, 2021 at 17:34)
Enough with the new bike announcements for bikes not available for more than six months. It’s a scam.

DanKaplan (Feb 22, 2021 at 16:54)
@RonSauce: Because the bikes are not available for purchase although that is not the impression given, or known until a potential buyer goes to the website, and learns that the bike cannot be delivered until months in the future.

carlsonas (Feb 10, 2021 at 5:47)
Finnaly the bike with geo and spec that I was looking already for few years. Good price and extremely versatile hardtail if you already owning trail specific bike. Honzo CR is gone... SC chameleon have all that SS dropouts And there was not many other 120mm hardtail options. Just that weird name.....

Is a reach 480 really considered "progressive"?