Shot on gloriously detailed HDSLRs, FIND is a journey of discovery with some of the world's most passionate riders in some of the world's finest locations. A British film that takes you through the highs and lows of physical endeavor with a vast backdrop of stunning locations. It's a film that opens your eyes to the world of mountain biking in all it's forms.

Enjoy the trailer and all its stunning shots,

Find -The Mountain Bike Film from ResetFilms.co.uk on Vimeo.

We follow world championship winning 24hr solo rider Rob Lee as he tackles his ultra endurance 7DS ride through the Scottish borders. We've also got exclusive interviews with Danny MacAskill and his flat mate film maker Dave Sowerby talking about the highs and lows of the phenomenal youtube edit they put out on the web just over a year ago. We document a mini homecoming for Danny MacAskill with Steve Peat and Hans Rey as they ride the awesome trails of Danny's home patch in the north west highlands and Skye. We've traveled far and wide across Europe and we've had a massive amount of help and guidance from some of Europe's best guiding companies getting us to some of the best trails in the most breathtaking locations. We've shot sections with Rowan Sorrel, Paul Aston, Clive Forth, Matt Simmonds, Joe Smith to name but a few of the great riders featured in the film. We've also traveled a little closer to home to uncover some of the great riding here in the UK with 2x MegaAvalanche winner Jerome Clementz. If we had to describe the type of riding covered in the film it would have to be the best trail riding you could possibly imagine, we've tried to capture this common ground that all riders love no matter what their discipline or background. We wanted to make a film that inspires riders to just grab a bike and head out on the trails. 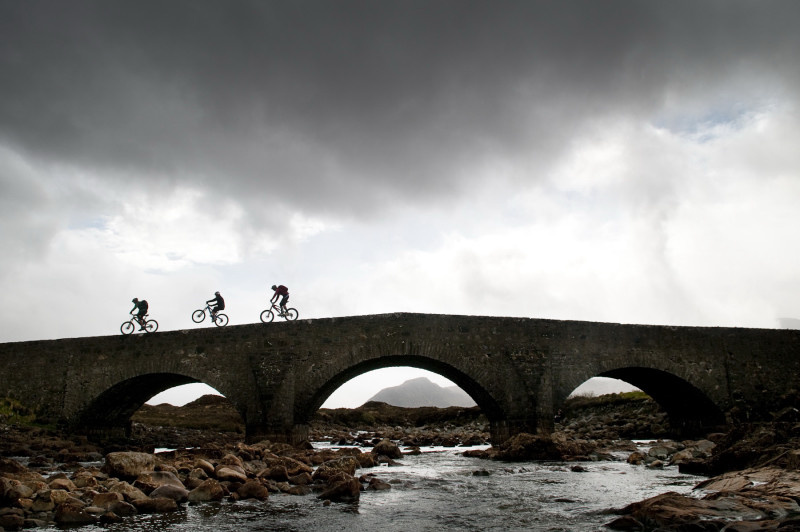 The DVD is available to buy online at www.resetfilms.co.uk

livingkills (Nov 9, 2010 at 3:02)
the guy in the howies shirt is James McKnight. Great guy, rode with him in and around Morzine.

marinlmasher (Nov 9, 2010 at 8:53)
Yes whinlatter is my local stomping ground amazed to see they went on a day when it was'nt raining

BBanville (Nov 9, 2010 at 7:46)
Agreed, would rather get the led out than listen to the standard bike clip indie/alternative/techno genre, or whatever you call that stuff.

pommes5 (Nov 9, 2010 at 3:05)
I was so bored by the first 20 minutes of this movie that I sold it again. Didn't even care to watch the rest of it. Nice pictures for sure but prepare for a LOT of talking and very boring elevator music.

robm981 (Nov 17, 2010 at 20:01)
!!!!!!!!!!!!!!WARNING DONT BUY THIS VIDEO!!!!!!!! I just got it and it sucks! First off, if you live in the U.S it wont work in your dvd player. Second what you think your gonna get is a fast paced trail riding shredd fest film with a good rock soundtrack. NOPE Zepplin is not in the film! and all the best riding is summed up in the trailer.....In fact i thought i was watching something else when i popped it in. The first ten min is a slow documentry style bit on 24 hour racing??? If you like the trailer just watch that and you will stay happy. All in all FIND has great footage but is way to slow to get stoked on before you ride. The trailer falsely represents the film !

zakxx (Nov 9, 2010 at 0:32)
thats gonna be so cool and really original ! totally different than films such as follow me etc (they're good though).

peaty using this "hand brake" at the end of the movie rules !

amajors (Nov 9, 2010 at 1:25)
really good film got a copy from the maker at the london show, not your average mountain bike film

heez (Nov 9, 2010 at 5:30)
Forgot the scientific term for it but basically its the fact the every 24 seconds or however many fps the vid was shot the same part of the tread was at exactly the same point each time when the frame was recorded. Look at f1 videos, sometimes the tyres look like theyre reversing.

Andy-M (Nov 9, 2010 at 12:22)
The spokes are spaced differently from each other compared to the tread on the tyre, so the spokes and pattern on the rim are not in sync and still show movement.

brit-100 (Nov 11, 2010 at 5:21)
It's called strobing. You can see it on race car wheels all the time. Or if you have a strip light that's about to die in your workshop you sometimes can see it for real with a spinning bike wheel.

sloperider (Nov 9, 2010 at 23:42)
that looks rad. thats what its all about mother fuckers! ad finally some real music