After a stunning season that saw him just miss out on the overall EWS title, Florian Nicolai has announced he is leaving Canyon for a new team in 2020. Nicolai joined the German team at the start of the 2018 season and only failed to finish in the top 10 three times in two seasons. His crowning achievement with the team was his maiden EWS win at round two in Tasmania round in March this year. 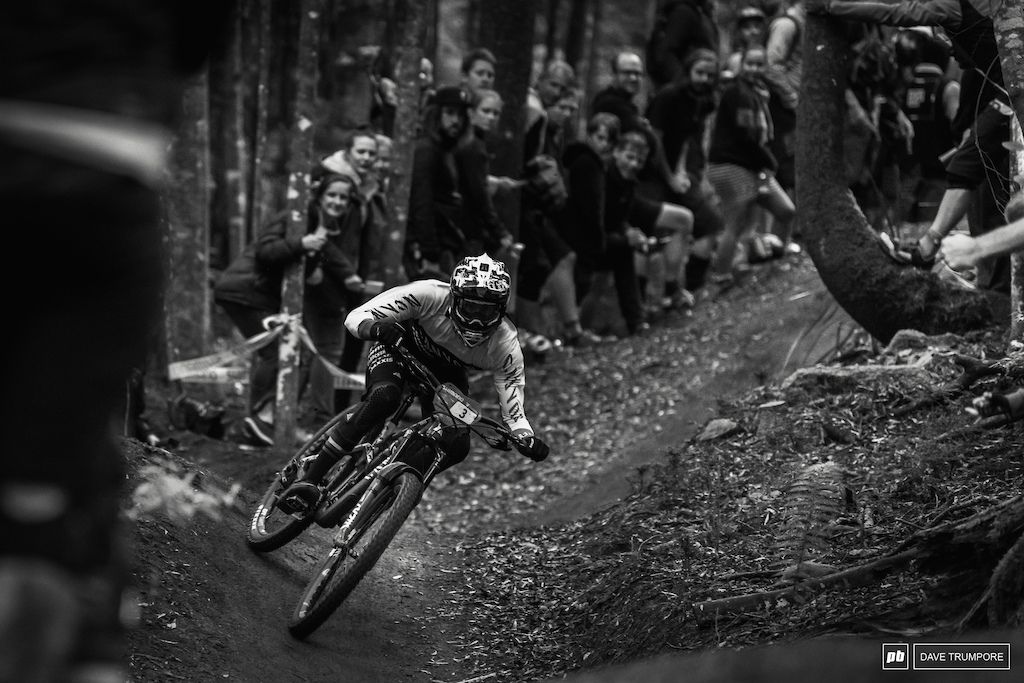 We've no official news on where Nicolai is heading next but he recently posted a picture of his passport and some plane tickets with the destination Madison, Wisconsin, which likely means the obvious conclusion, that Schwinn is fielding an EWS team next year.

Earlier this week we reported that Ines Thoma has extended her contract with Canyon so that just leaves Dimitri Tordo's future yet to be settled left from the team. Will Florian be replaced by a new rider or are Canyon scaling down their enduro operation to make room for something else? We'll update you with more information as we get it.

jaame (Dec 16, 2019 at 13:52)
YT has saved a massive chunk of change after Gwin left. They’ve had a good showing in DH but never in Enduro. Everyone sells more enduro bikes than DH so it makes sense to me that they might try to field a proper enduro team next. Maes, Hill, Rude, Oton were all taken. Nicolai is the best of the free agents.

suspended-flesh (Dec 17, 2019 at 13:39)
@MisterJones: Gwin was a super weird fit for YT so that won't stop them. EWS support is a logistical pain in the ass though, so I doubt they'd go there. They have a busy DH Mob year with Daveboy and the rest, so not very likely. Just a guess, though. I'm still riding my 2015 Capra and would welcome an EWS presence

The-Foiling-Optimist (Dec 16, 2019 at 16:04)
Trek. Obviously. I've been a bit off Schwinn since they parted company with Jeff Lenosky. (which happened more or less when Schwinn went bankrupt, or got bought and anyway went back downmarket, having been higher end for a brief period before then. But that is all long in the past)

disruptiveone (Dec 16, 2019 at 14:38)
Naah, he's going ice-fishing on a fat bike and will document the journey and post it in an upcoming PB article.

LessardBicycles (Dec 16, 2019 at 18:48)
@won-sean-animal-chin: Cheddar is not french fromage. it's English. (Cheddar cheese is a relatively hard, off-white (or orange if colourings such as annatto are added), sometimes sharp-tasting, natural cheese. Originating in the English village of Cheddar in Somerset,[1] cheeses of this style are now produced beyond the region and in several countries around the world.)

softsteel (Dec 17, 2019 at 2:50)
@LessardBicycles: Pfffff... everyone knows that cheddar comes from the moon, `cos the moon`s made out of cheddar. Wallace and Gromit cannot lie

Here is the Cheese fat podium

adventuresbycole (Dec 16, 2019 at 15:01)
My guess would be Trek, they are based in Wisconsin from what I can remember

dthomp325 (Dec 17, 2019 at 5:29)
Gonna do some testing on that big mountain enduro terrain next to the Trek headquarters, ride around some gnarly af corn fields or something.

scatflip (Dec 17, 2019 at 6:02)
And Canyon will found a Canyon Trail Racing Team (CTRT). Just because it's totaly progressive to have an agrrassive trailrider team.

thesharkman (Dec 18, 2019 at 11:17)
I have to give Trek credit. They have really shed the fat for the past year and crewed up with quality riders, especially in downhill. Results speak louder than big names.

Vicenbici (Dec 16, 2019 at 22:21)
specialized? dont know where they have the facilities but I know they will need more power to show the new frames

Floho (Dec 16, 2019 at 14:28)
Never heard anything about Flo, but I did hear that Vitus would be stepping up their game with some big names. Might aswell be him.

softsteel (Dec 17, 2019 at 12:18)
Agreed.
Florian Nicolai is boring as hell. The archetype of the basic sportman, monotask, nothing beside.
Give him any bike, a wind surf, a horse, a lawnmower... I DON`T GIVE A SHIT!!!
Post a Comment