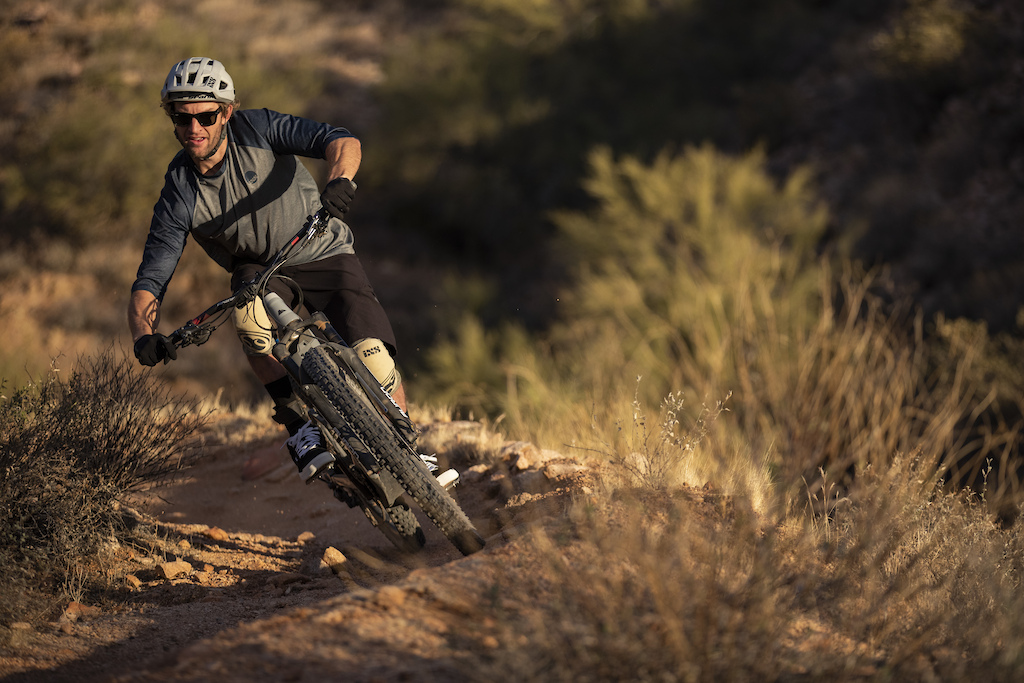 34-year-old freeride legend Paul Basagoitia has signed with the Canyon Cllctv and will represent the brand using their eMTB range.

Paul announced himself in mountain biking in 2004, when, as a 17-year-old, he showed up at the Crankworx Slopestyle Contest in Whistler without a bike of his own, let alone any sponsors, and won. It was a defining victory for Bas and the beginning of an impressive career that would take him all around the world, scoring numerous international wins. Unfortunately, Bas's career came to an abrupt halt after a crash at Red Bull Rampage fractured his T12 vertebra and damaged his spinal cord. 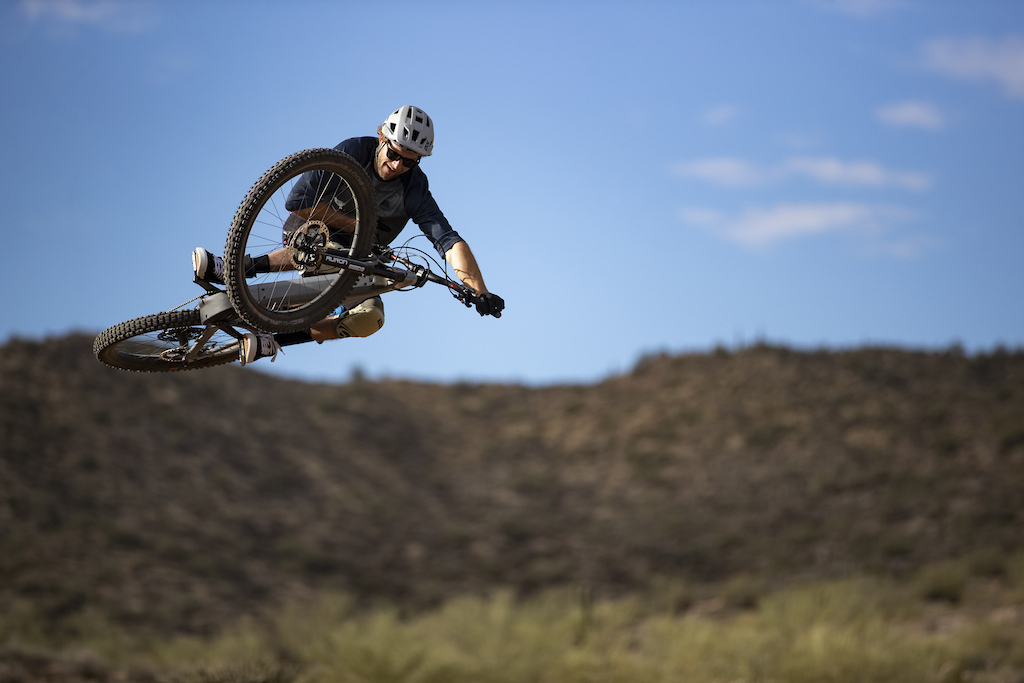 Paul's miraculous recovery was documented in the Sports Emmy nominated 'Any One of Us' documentary. Through incredibly hard work and the generous support of the mountain biking community, Paul was able to overcome a prognosis that told him he might never walk again. Today, more than five years have passed since the accident and, while he still walks with a stick, he is back on the bike and uses eMTBs to overcome the limitations of his body. 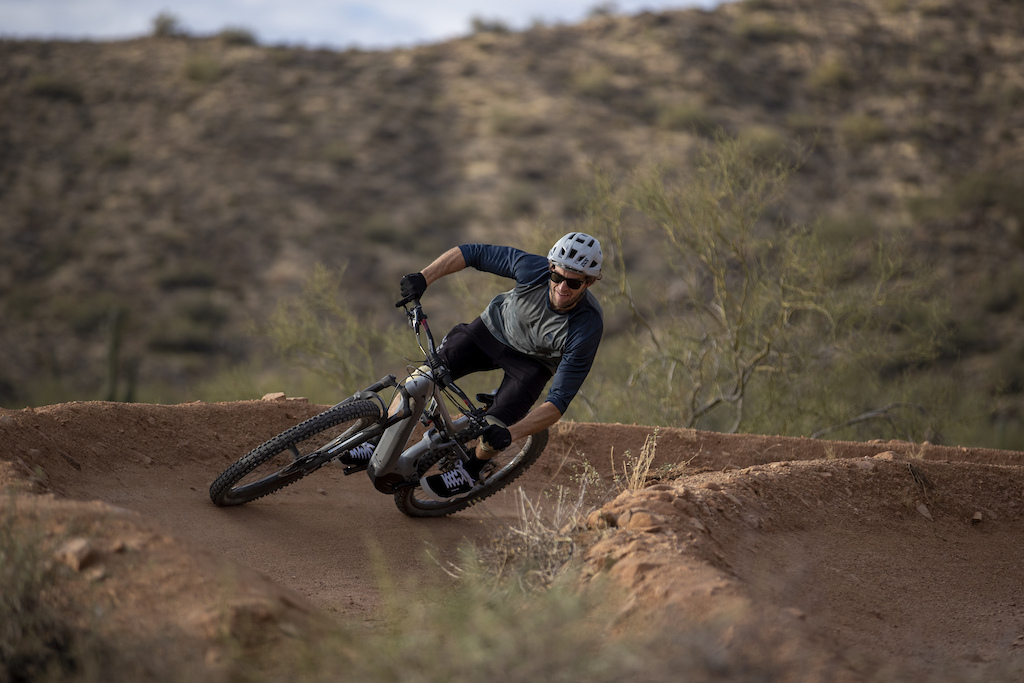 spaced (Mar 25, 2021 at 8:35)
@VtVolk: It will be mainstream for now, then mainstream will no longer find it cool once downmarket brands do it so when Target Clothing Range will become "Trg Clth"

Ajorda (Mar 25, 2021 at 6:38)
I always assume someone has passed or has suffered a career ender when a title starts with "Freeride legend"

Fix-the-Spade (Mar 25, 2021 at 7:38)
He did suffer a career ender, but somehow he is clawing it back and it astounds me everytime he posts an update.

freerideglory (Mar 26, 2021 at 0:24)
@scvkurt03: f*ck off you absolute scummy moon fruit. The dude crashed at rampage and buggered his spinal chord. He literally has to walk with the help of a walking stick because of the limitations of his body, that transfers across to cycling too, the motor is pretty much a necessity for Bas to get riding again. Whether you like E bikes or not, the fact is they have allowed a living legend to get back out on the trails again where in a world without e-bikes, he wouldn’t be able to. One last time.. and I’m sure pinkbike will rally around me here. f*ck you

madmon (Mar 25, 2021 at 6:50)
this is what a bicycle community stands for.... supporting our legends with a future and help when they are down. It is about what happens when the smoke clears and no one is around. Paul is a stand up guy who I admire. Good on ya Team Canyon

pbfan08 (Mar 25, 2021 at 7:08)
This is one thing that mountain biking and skateboarding do very very well in respect to other action sports, seeing how the brands/corporate entities treat pro skiiers/snowboarders and the weird culture it breeds, its hard to get as hyped on those sports as I once used too.

snl1200 (Mar 25, 2021 at 13:37)
@pbfan08: Well... some within the sport do for some athletes. I can think back to a few cases where it didn't seem that way in the past. Like Mark Matthews a few years back etc. Glad to see the support for Bas and hope companies take note that it bodes well for them with the public when they do!

nwtoney55 (Mar 25, 2021 at 8:35)
Uhhhh...Do you folks have any idea the emotional and psychological strength it takes to get back ANY function after a neurological/spinal cord injury. Yes, he is riding an ebike...so am I after a patellar tendon rupture. Ebikes are a godsend for injured mountain bikers.

kleinblake (Mar 25, 2021 at 12:56)
I had 8 months off from complications following broken arms. Cardio was completely nuked but I borrowed an ebike and could rip like the injury never happened. f*ck yeah it’s cheating but who cares I’m not here to win I’m here to have fun

chriskneeland (Mar 25, 2021 at 7:04)
I've been listening to some podcasts with Paul as a guest and as legendary as he is on a bike it sounds like he's an equally great human being. Stoked for this dude.

alexszabo (Mar 25, 2021 at 7:06)
Literally watched his part in accomplice this morning as a little motivation. Love what you're doing Paul, keep crushing it!

won-sean-animal-chin (Mar 25, 2021 at 17:44)
Awesome! Bas' team tshirt, borrowed bike joyride win is permanently etched in my mind. Bit hazy but backy on to backy whip off the massive box structure left everyone slack jawed.
His battle to get back on the bike was super inspiring to follow on ig
#legend

bombdabass (Mar 26, 2021 at 3:36)
Best news of the week. The guys story as shown in the film is an emotional roller coaster ride and brutally honest at points. The bike industry supporting someone who literally gave everything for the sport is where it should be. Seeing Paul ride again is such a positive thing.

thrashin (Mar 25, 2021 at 7:03)
This is what heart is. Nothing is going to stop Paul Bass. Amazing work and congratulations.

brandwinnie (Mar 25, 2021 at 9:25)
Mad props to Canyon for stepping up and supporting this amazing story.

slimboyjim (Mar 25, 2021 at 13:06)
There is no better way to advocate ebikes than this... Congratulations Paul and shrewd advertising Canyon!

There. What has been seen cannot be unseen.

mensch-mueller (Mar 25, 2021 at 7:05)
"It’s important to progress in all elements in life whether it’s health, wealth, relationships, in your career, etc."
health, ok. but wealth? on second place. really?

spaced (Mar 25, 2021 at 8:36)
Dude it's not a ranking. It's just a stylistically bad rhyme. Someone used wealth after health because they sound similar