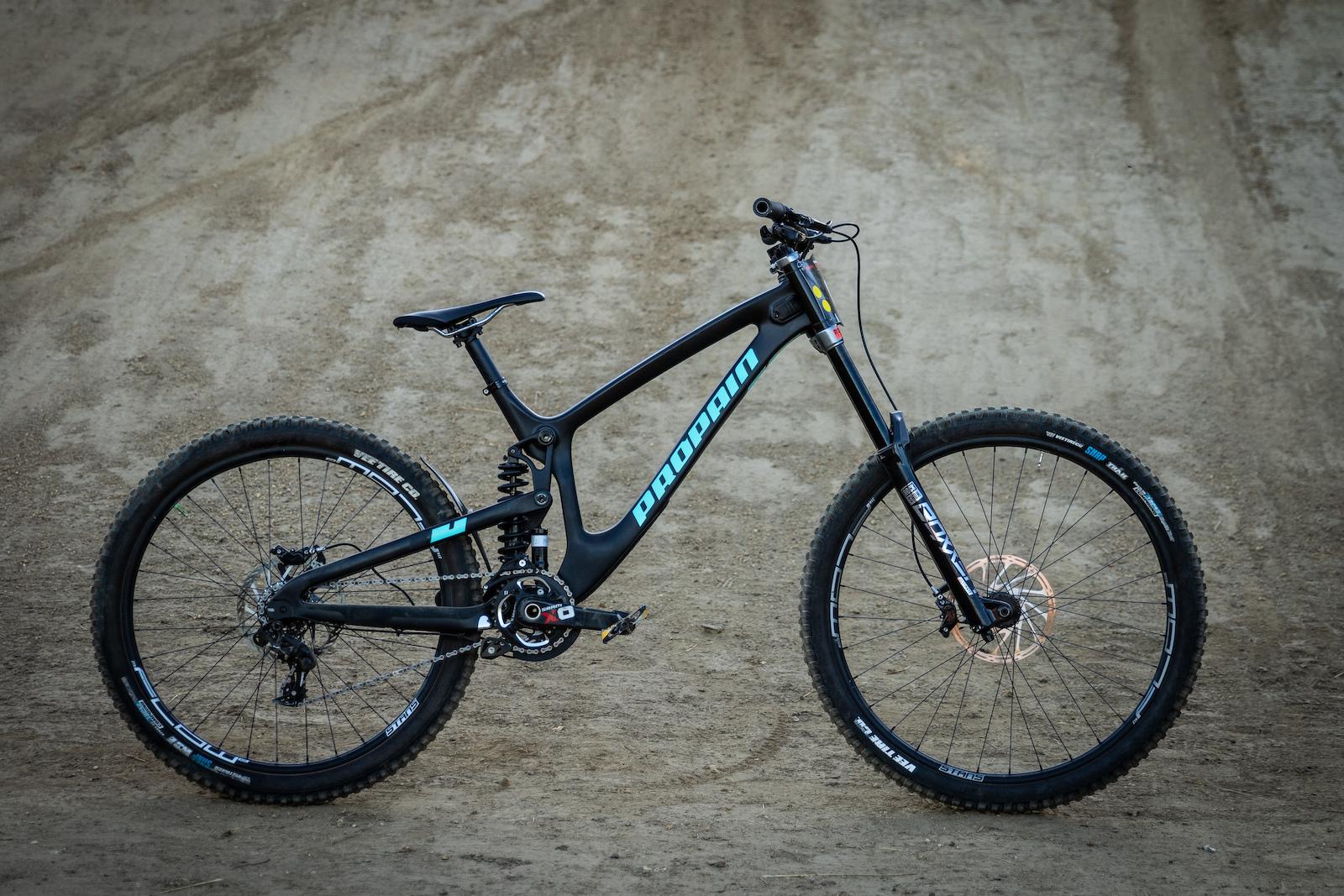 It's a new year and a new bike for George Brannigan as he joins the Propain Factory Racing team. George has had some bad luck in the last few years, which saw him break his collarbone 4 times in 12 months. But it looks like the fresh start on a new bike has done George some good as he bagged a third place at Crankworx Rotorua DH behind two of the world's fastest riders. We caught up with him post race run to check out his new Propain Rage. 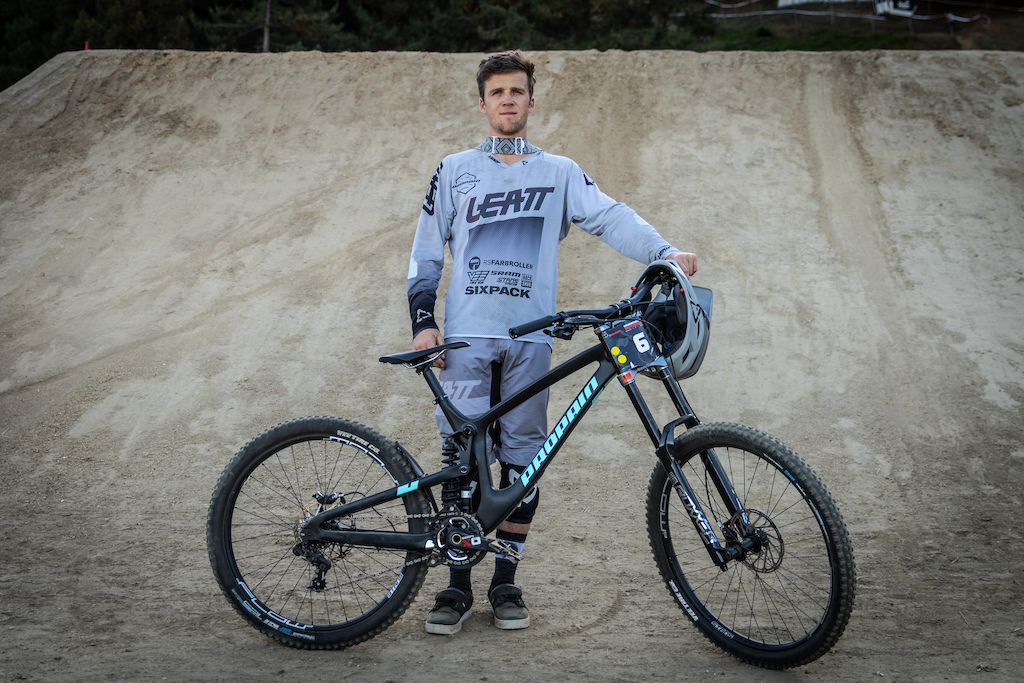 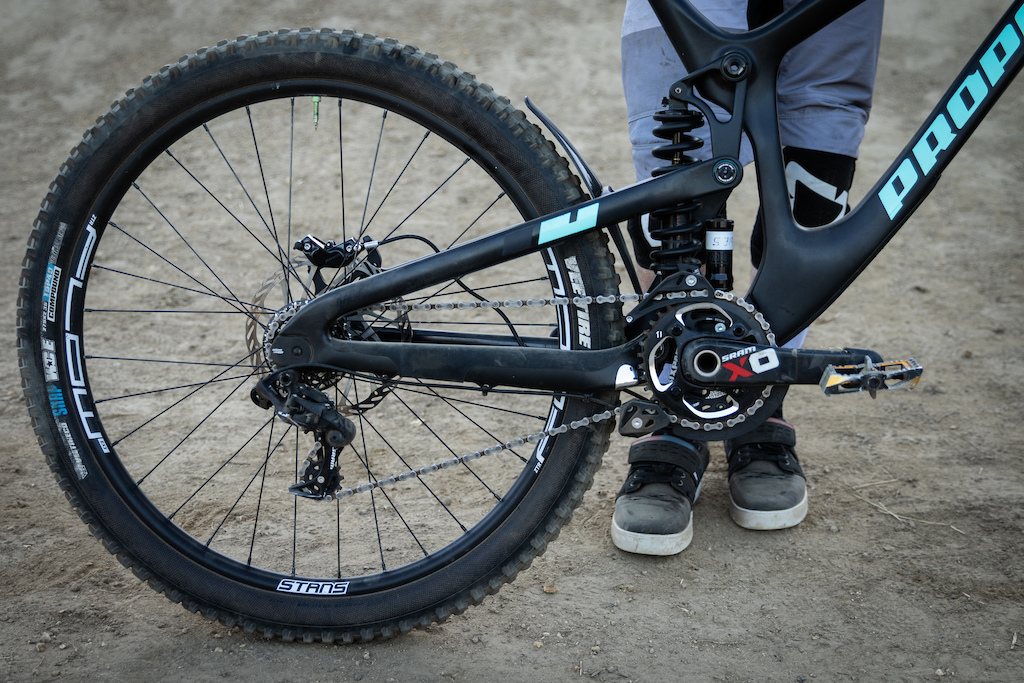 The Propain Rage can be run with two 29" wheels, but George liked the mullet set up he had last year with GT and is carrying it on into 2020. 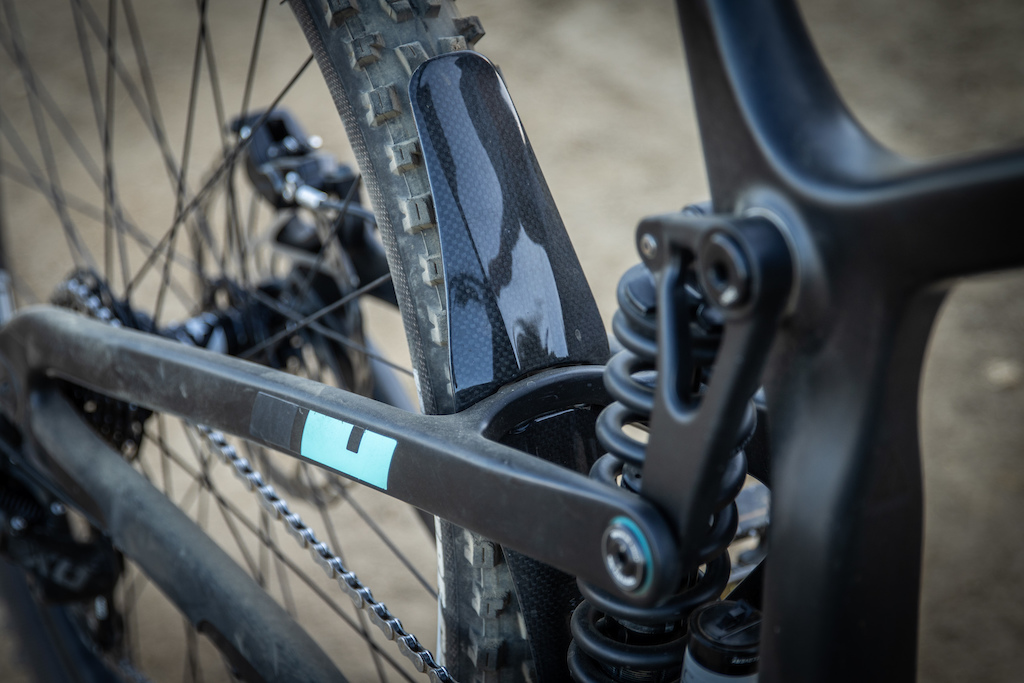 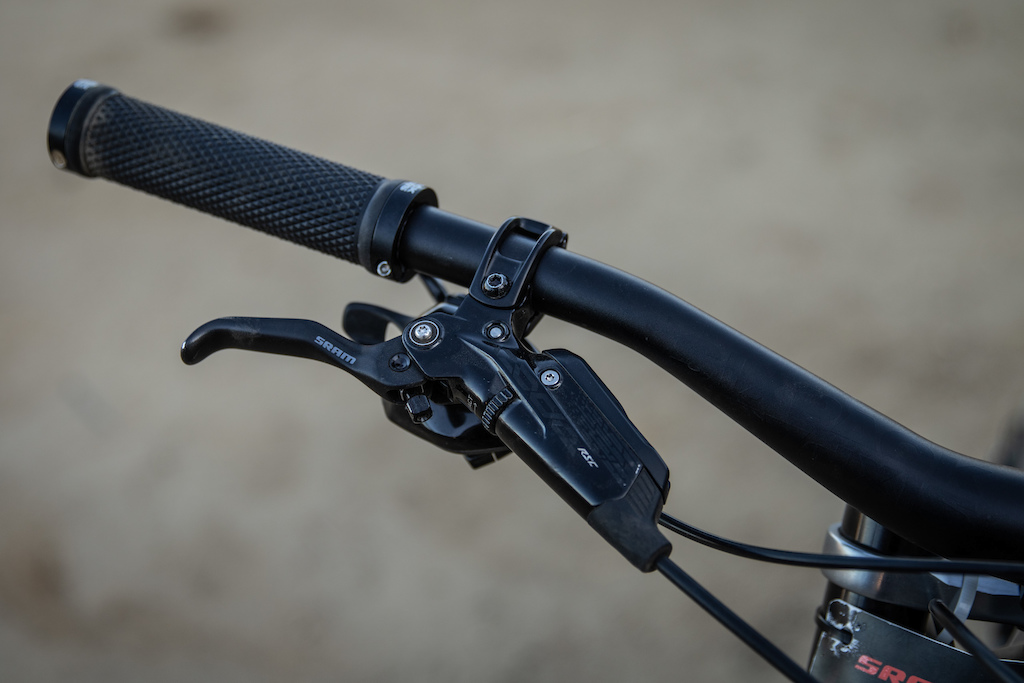 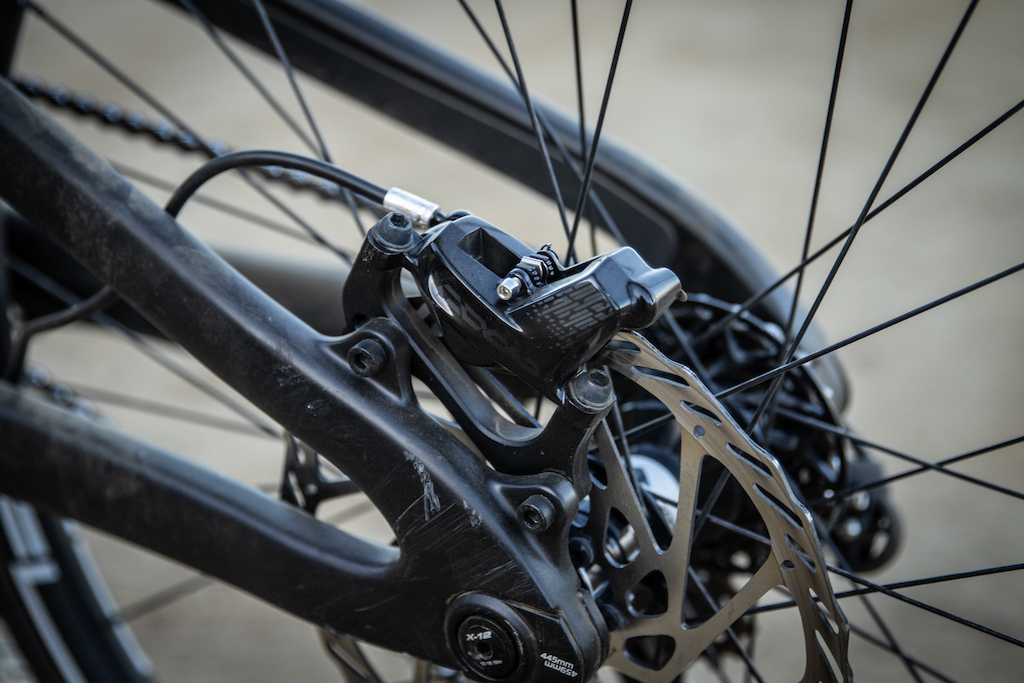 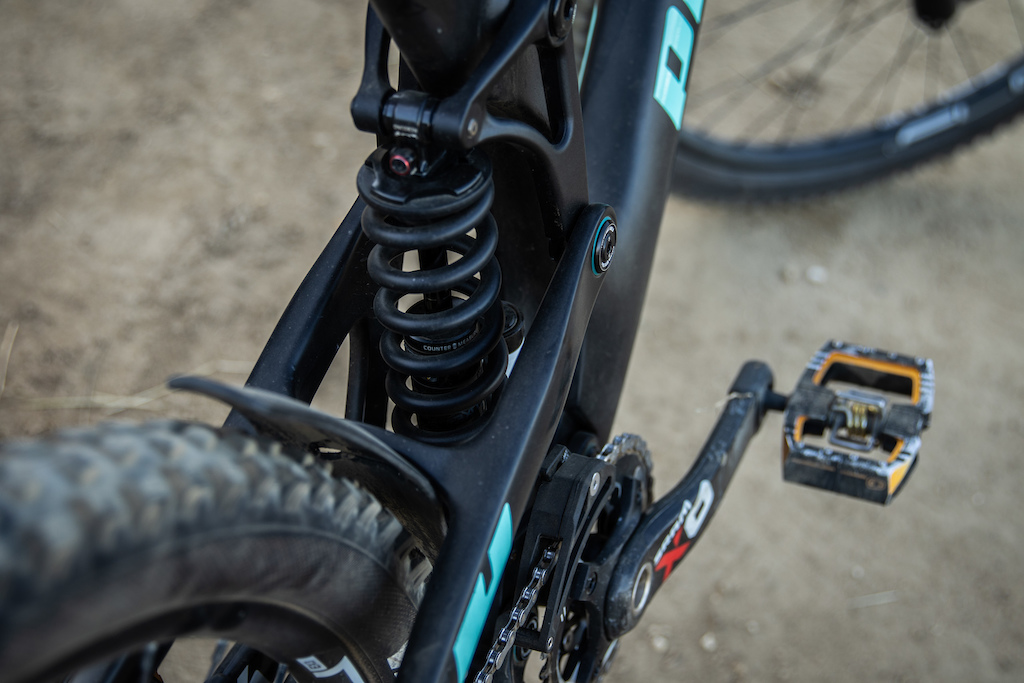 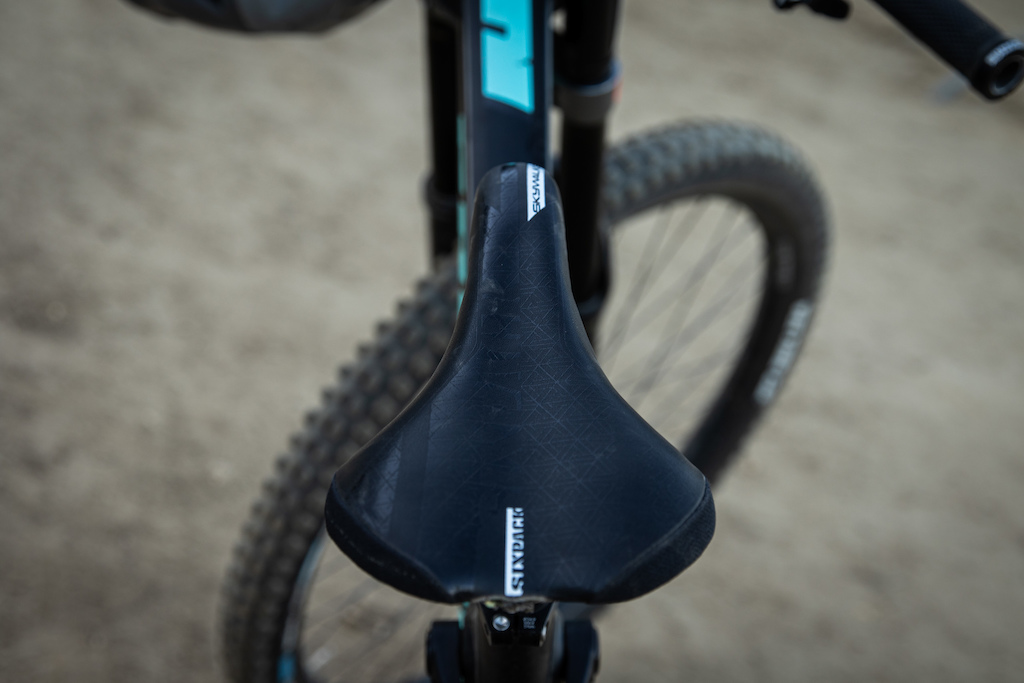 The Propain team are running Sixpack components for 2020. 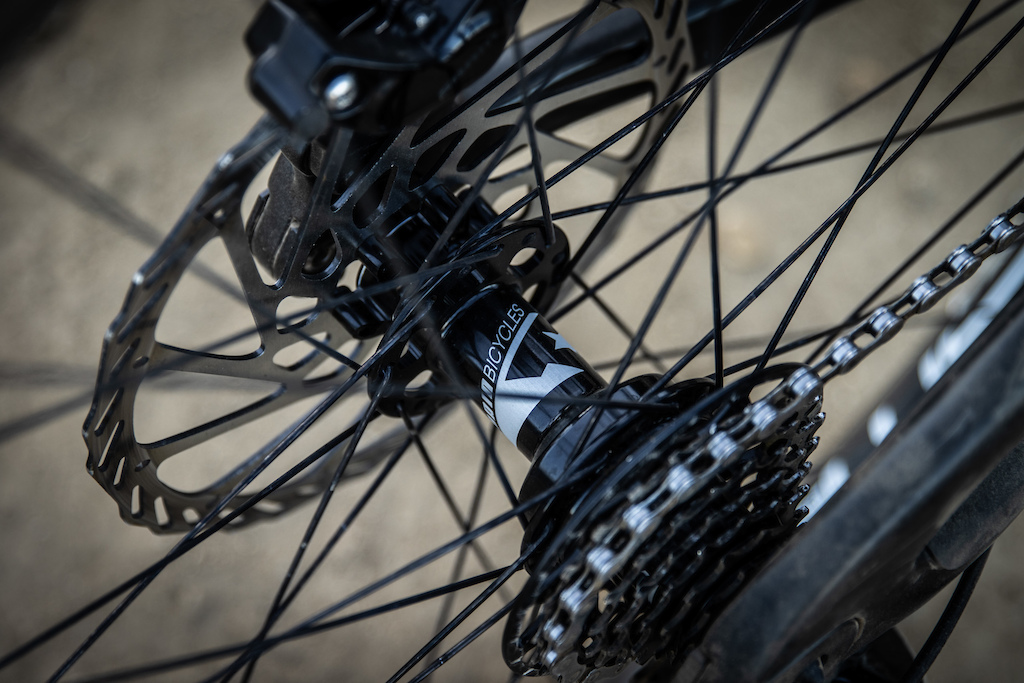 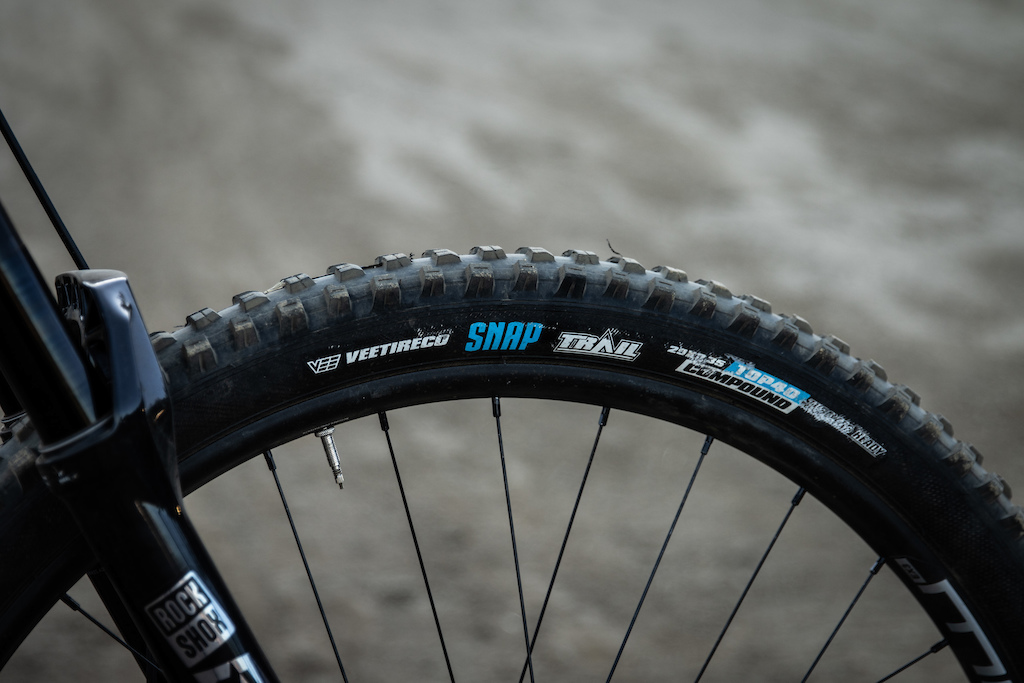 arrowheadrush (Mar 9, 2020 at 13:51)
Propane Rage Mullet sounds like the signature move of a backyard wrestling star from Mississippi

timrippeth (Mar 9, 2020 at 18:40)
Sounds like the name of a band that would be on the same festival tour as Five Finger Death Punch.

Kind of also like Taintstick and Death Death Die

goldencycle (Mar 10, 2020 at 7:48)
@BamaBiscuits: @fpsberg: But what if I don't want a Santa Cruz or YT? No other bikes really come in XXL, and XL isn't long enough. It just isn't. My ass is over the rear axle, and the bars are at my knees in practically every XL frame. They should just make the XL frame actually extra large, and size everything accordingly. I have 5'8" friends on Large frames. On the road, there are plenty of bikes that come in sizes large enough. Why can't the mountain bike world adopt a similar policy?

goldencycle (Mar 10, 2020 at 7:50)
@dieuci: lmao so I don't get the privilege of getting to get a bike big enough for me because I'm not a world class racer? Seems cool. Thanks, man. You're right, I'll just stop trying. You got me there.

dieuci (Mar 10, 2020 at 9:55)
@goldencycle: no lol you’re riding the right size bike for you, you shouldn’t be mad that a shorter World Cup racer rides the same bike as you lmao

Muckal (Mar 10, 2020 at 12:46)
@goldencycle: just accept the fact that the market for super large bikes is very small. Why should manufacturers make expansive molds and stuff for sizes hardly anybody buys?

NWuntilirest (Mar 11, 2020 at 7:14)
@Muckal: imagine you have huge feet. Nobody sells shoes in your size. Most people don’t have big feet. There’s no market for them! But you have big feet. And no shoes because nobody makes them. it’s the exact same scenario

phops (Mar 11, 2020 at 9:53)
If you don't really care about optimal pedaling position/aero, you can get used to riding most any size bike. Bmx riders send it big on tiny 20 inch bmx bikes, and mx riders whip around 230 lb long motocross bikes like they were bicycles.

Uchwmdr (Mar 10, 2020 at 0:33)
Bike size can be a personal prefference. If someone who is 5’10 rides xl and likes to be stretched on the bike, that does not mean the same bike must be size xxxxxxl for someone who is 6’6.

getonyourbike (Mar 10, 2020 at 13:14)
@Muckal: And I suppose you are the person knowledgeable enough to tell other riders what size frame they should be riding?

Uchwmdr (Mar 10, 2020 at 14:52)
@getonyourbike: every company provides a size chart for their bikes, that corresponds to rider body stats like height and proportions, as well as geometry trends. go 10 years earlier, even 5, and you will see, that bikes, that were concidered xl or L then are now equal to a m or even s size bike. I think that we can both agree, that a larger, longer bike is more stable and provides a more safe ride at high speeds. This being said, not every racer who obviously rides as fasst as possible prefers a big bike, just as not every racer prefers a smaller bike. Roughly said, a smaller bike is more playful, but kinda risky at some situati0ons, when a larger one is more stable, but kinds sluggish. In this case, i think that propain bikes are overall nicely sized, and just because he rides an xl at 5 feet and 10 inches, it does not mean, that someone who is 194 cm wouldnt feel ok at that sanme size bike.

getonyourbike (Mar 11, 2020 at 2:16)
@Uchwmdr: That's a lot of words to say, "tall people still don't have the option to ride the size of frame they might be most comfortable on."

nickmalysh (Mar 11, 2020 at 19:22)
@goldencycle: currently bikes get longer reach but have still low stack, bikes are sized still for average 6 feet person, while for dh riding it is ok, and you can find proper fit, for any enduro riding, you are limmited to few models:

Currently i’m looking for stumpy evo and the best suitable option for the buck, norco did great job of implementing modern geometry, however their sizing chart finishes on xl ( which is for based ob their char should fit person 185+ sm or 6’1 feet) so i’m really sad for taller people

MarcusBrody (Mar 9, 2020 at 13:28)
I think they're supposed to be soon. Though obviously global issues could delay that given the disruption to even more established supply chains.

pnwpedal (Mar 9, 2020 at 13:50)
Seriously. I tried emailing Propain to see how and when I could order a bike, and they didn't even bother to respond. Their bikes would be a great value if we could make shipping to the US work out.

alwaysOTB (Mar 9, 2020 at 17:48)
I want to get the Tyee CF. I got the cash, but have been holding off buying another bike to see if Propain opens their shipping options to the US.

maxx-x (Mar 9, 2020 at 23:25)
@pnwpedal: its a small company and their marketing guy just broke his hand... So maybe thats the reason...
www.instagram.com/p/B9SAYoeoSMX/?utm_source=ig_web_button_native_share

Talk about a lost opportunity...

Overdrivedusty (Mar 10, 2020 at 4:04)
@pnwpedal: I emailed them at beginning of the year to try and purchase a frame. Their frame prices were the best i seen, but they did reply to me and said sometime this year they were planning to sell to the U.S. but it would be a few months at least. I wanted to try one of these but will have to wait. So i bought a Commencal Furious frame since they had the next best prices. Plus me being a bigger rider, Commencal frames are triple butted and tend to be a bit heavier so heavier riders can still ride hard as the teeney weeny bean poles. And i already been riding a Commencal DHV4 for a few years and i really liked it so didn't bother me to buy another frame from them.

pnwpedal (Mar 10, 2020 at 8:33)
@maxx-x: I emailed 3 weeks ago... I'm definitely still interested in their bikes though! Hope their guy has a good recovery, hand injuries are never fun.

PROPAIN-Bicycles (Mar 11, 2020 at 4:38)
Guys, chillax! Our bikes will be available to the U.S. market very soon. We'll make an announcment in the next couple of weeks. Cheers

MarcusBrody (Mar 11, 2020 at 7:21)
@PROPAIN-Bicycles: Great to hear! I'm about to make a move to an area with bigger, more open terrain and the Tyee is on the very top of my list to consider.

catweasel (Mar 9, 2020 at 13:43)
You get the roll over ability of the 29er up front where it's most important, with the snappier handling of the 27.5 in the rear. Also you have more room between ass and tire, which is the main reason I went to this set up

WAKIdesigns (Mar 9, 2020 at 13:46)
What @catweasel said. That’s the hypothesis. Also hypothetically making a 28.25 wheel size makes the best of both worlds

taskmgr (Mar 9, 2020 at 13:55)
For shorter guys and certain frames, you get less manuever abillity. You worry about tire buzz. With a mullet the back tire won't bite you. Basically why specialized redesigned the demo for 29 and shorter riders. For taller riders it's no issue with most frames. Rolling and tranction differences don't mean anything if you can't be confident on the bike.

catweasel (Mar 9, 2020 at 13:56)
There's also a slightly larger grip differential between front and rear. Feels like the rear breaks away easier, fun feeling and feels very fast in the corners (not sure if there is a real world speed difference though).

mi-bike (Mar 9, 2020 at 14:25)
@catweasel: it's usually not a good sign when your rear wheel overtakes the front due to a speed differential

PB Commenters- "That's lame and stupid and they sucked...shut up."

"I keep finding that whenever I put a 24" rear wheel on a bike I instantly like it better, as long as it doesn't screw up the geometry too bad."

Drink when you get to the bottom you muppet