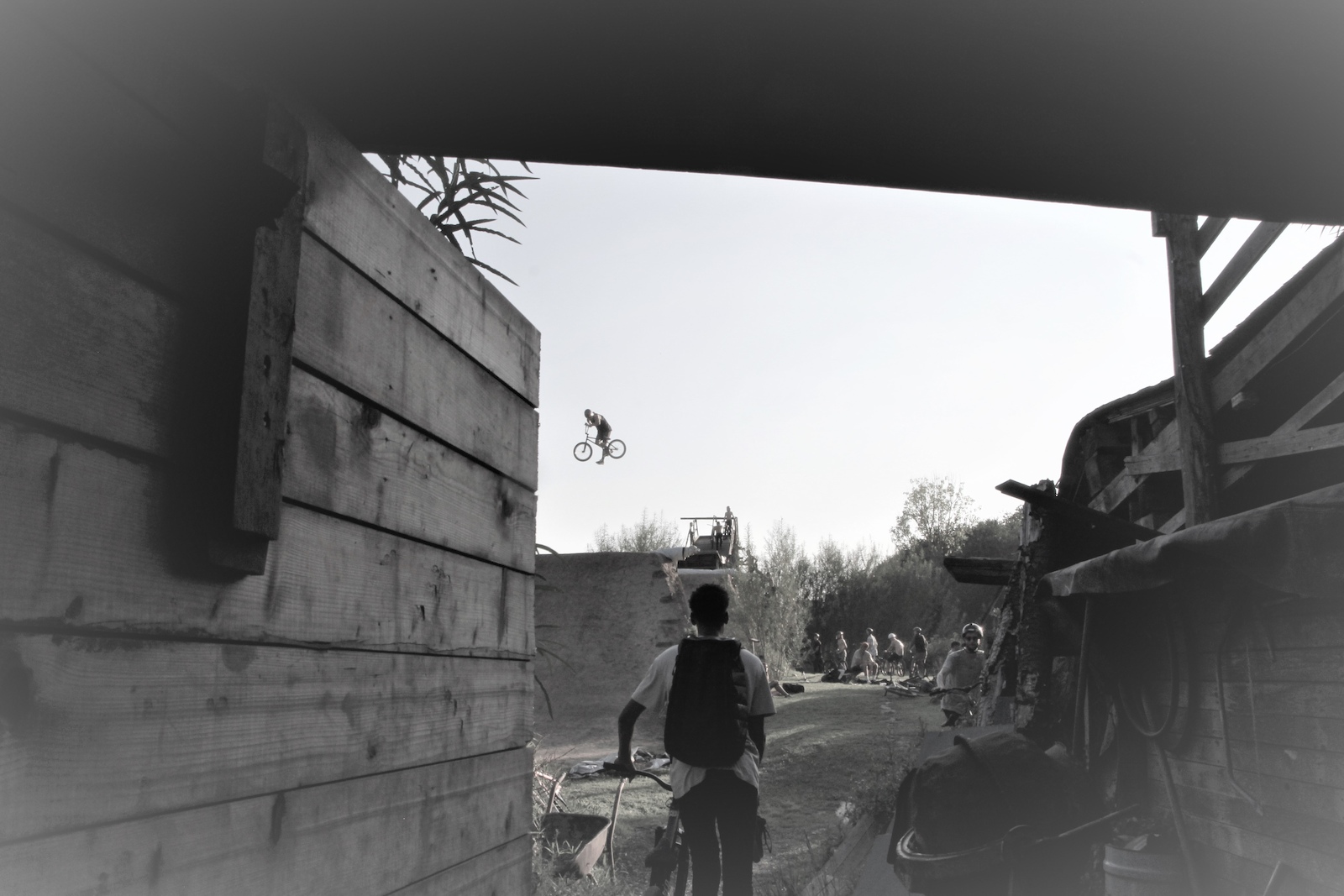 S_trails_2.0, from southwest Germany, faces an unknown future after the federal state has recently ordered the district council to take down the property.

S-trails has long been a household name in the German dirt and freeride scene and is well known for its amazingly clean, well build jumps with lots of creative and interesting features. Build by a small group of locals without any funding S-trails is a work of art and has served as a training ground for many of the best European athletes, as well as a place for young and beginning riders to progress in the sport. Most of all it has a uniquely heartwarming owner family that welcomes everyone and strives to provide a very family vibe.
During the last couple of years, S-trails has risen to some internet fame following some incredible builds and their infamous love for details. All the while the diggers have helped to grow the southwestern German community, starting out from it being the only legal park within its surrounding. 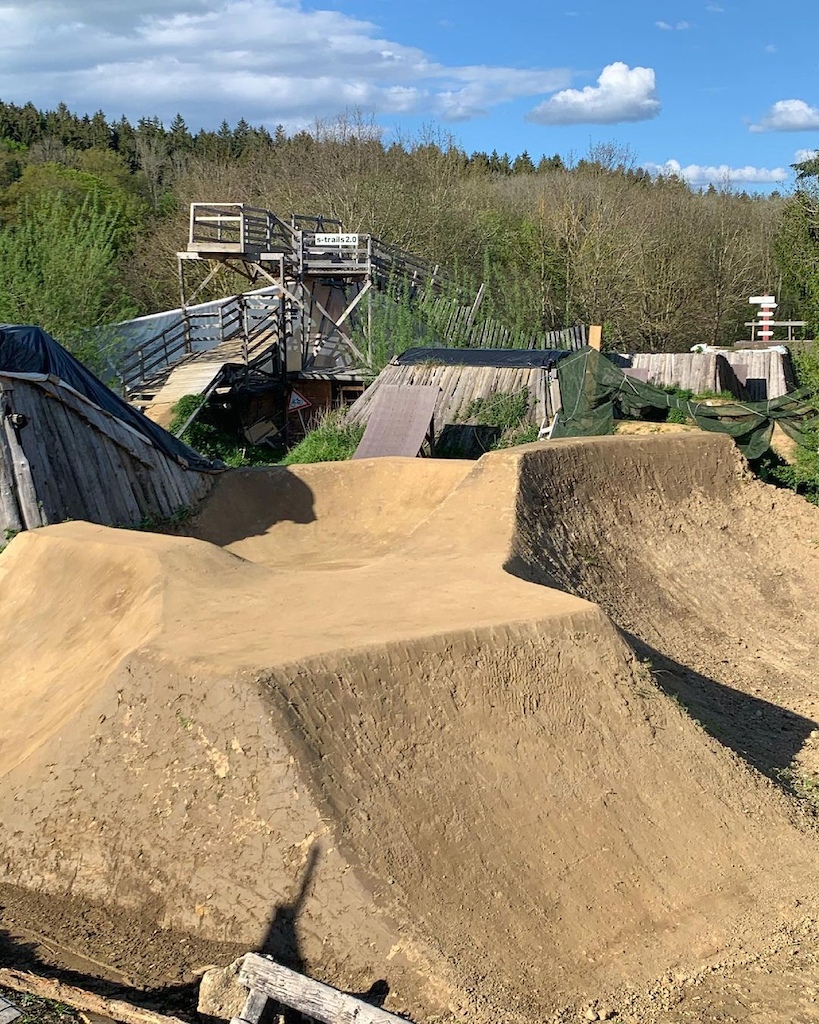 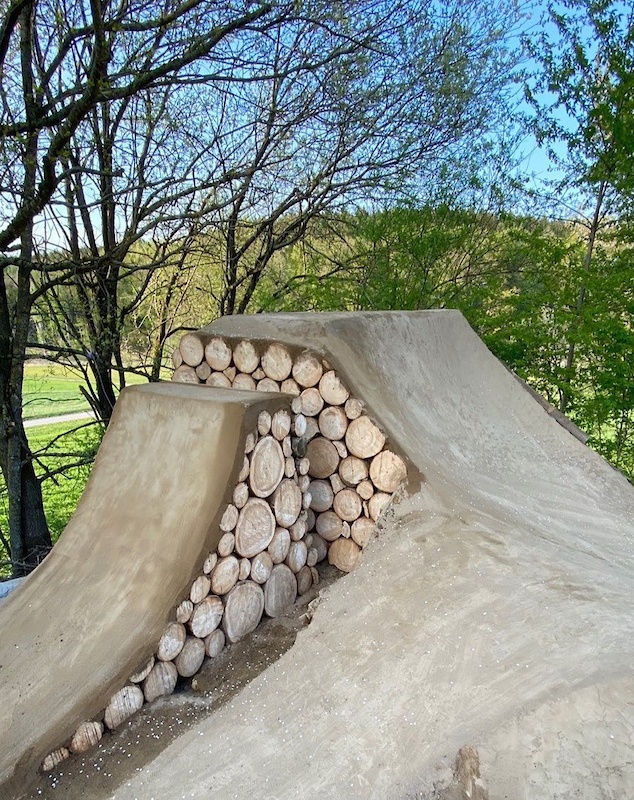 S-trails has become known worldwide for its detailed building style


7 years ago the land that the trails stand on was given to the owner family by the municipality to build dirt jumps on. Now 7 years later the district council has received a request by the federal state to take down the park. The reason for this has been a complaint issued by an unknown person, who has likely not enjoyed the riders continuing using the property during the coronavirus restrictions, even though it happened in compliance with the strict corona rules in Germany. The legal action was taken directly to the highest possible governmental institution in Germany, bypassing the supportive municipality. The complaint is based on the bureaucratic restriction on land use in Germany. As the land the jumps stand on has served as a landfill in the past it is restricted in its practical usability but has still been labeled as agricultural land. Due to this labeling, German law forbids the building of bigger objects, including structures like the start tower of the main slopestyle line, which has now been used to raise the complaint. 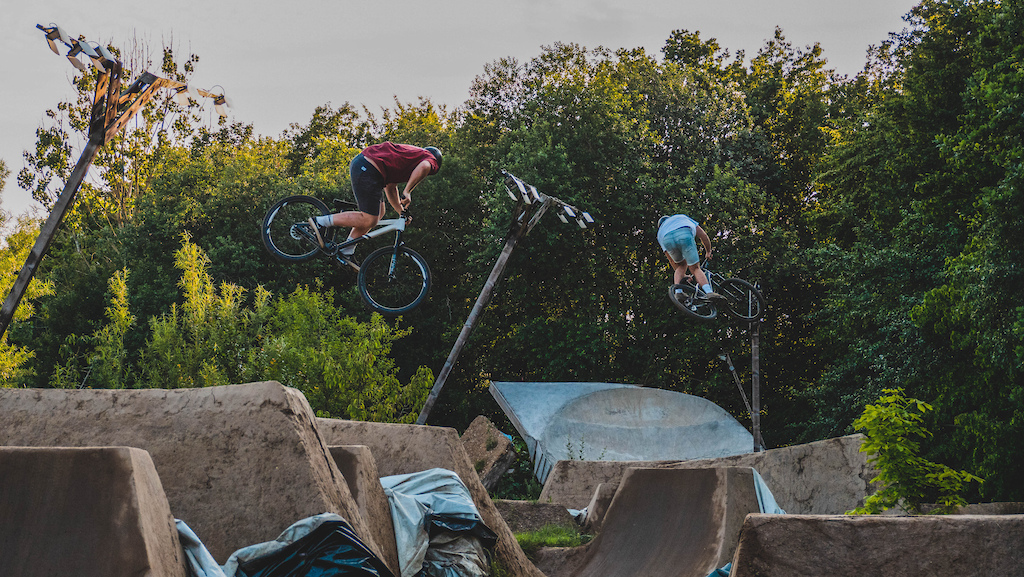 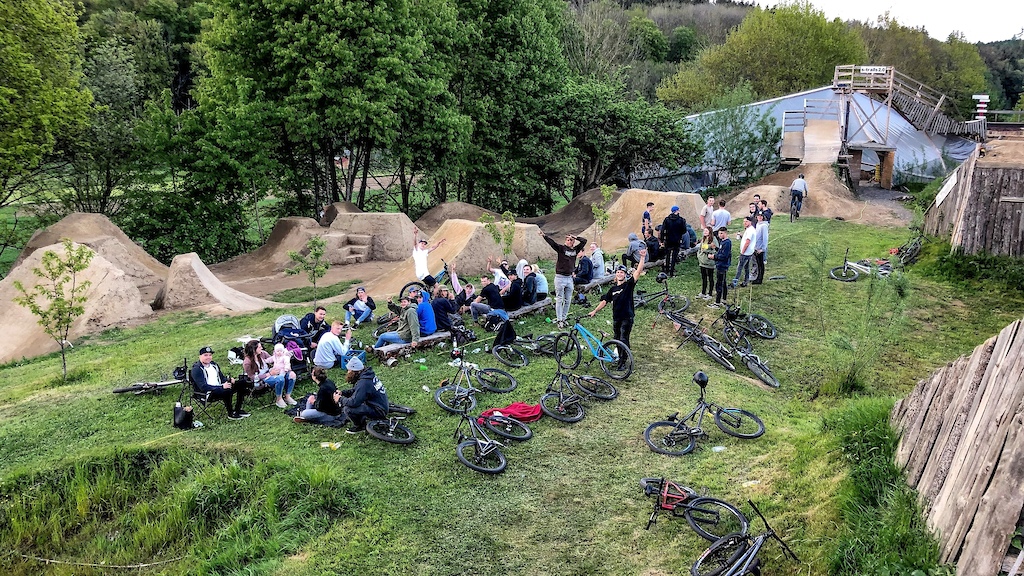 
It now is within the right of the district council to decide whether to level the jumps or go through the lengthy and costly path to change the labeling of the area into a different one that permits the existence of the park, while the supportive municipality has little to no say in the case. The locals have, together with the German dirt jump community, started an effort to convey the importance and uniqueness of the park. 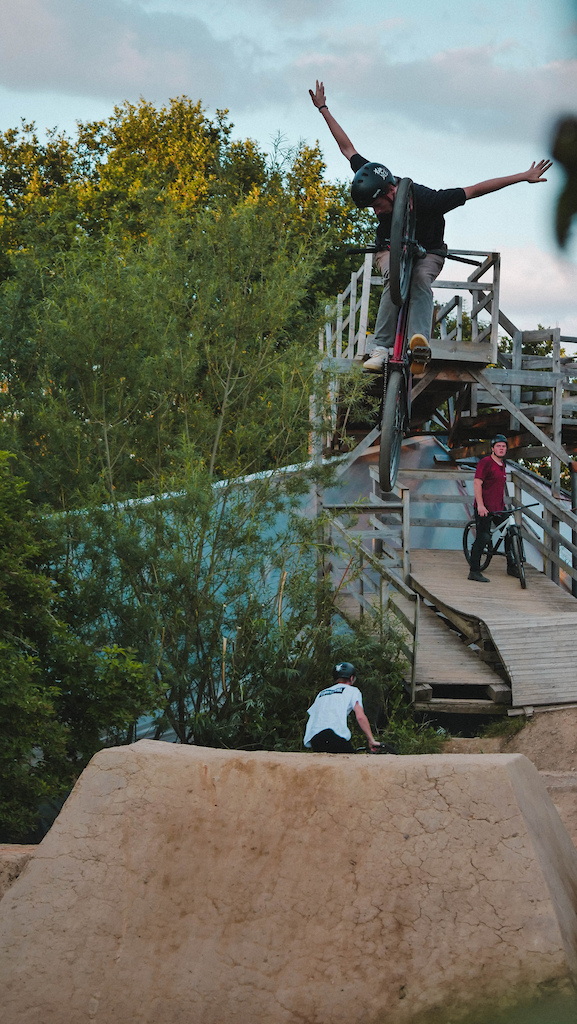 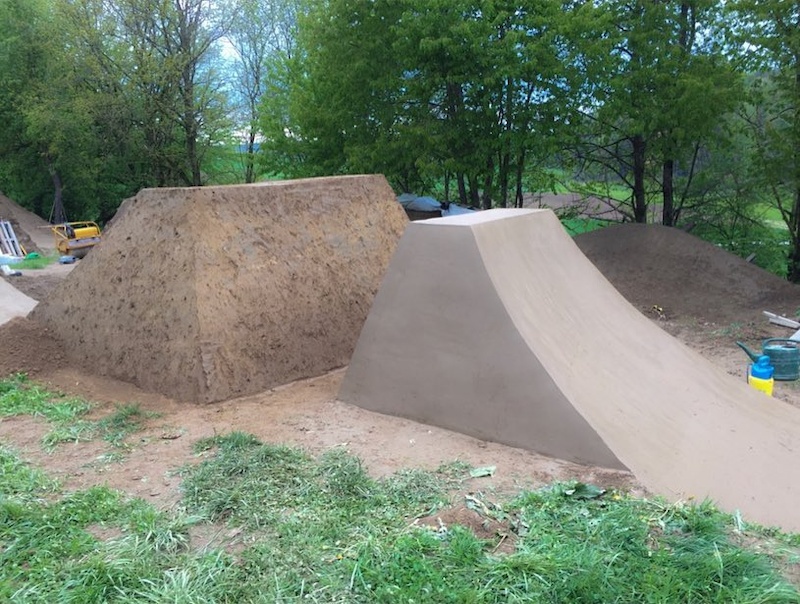 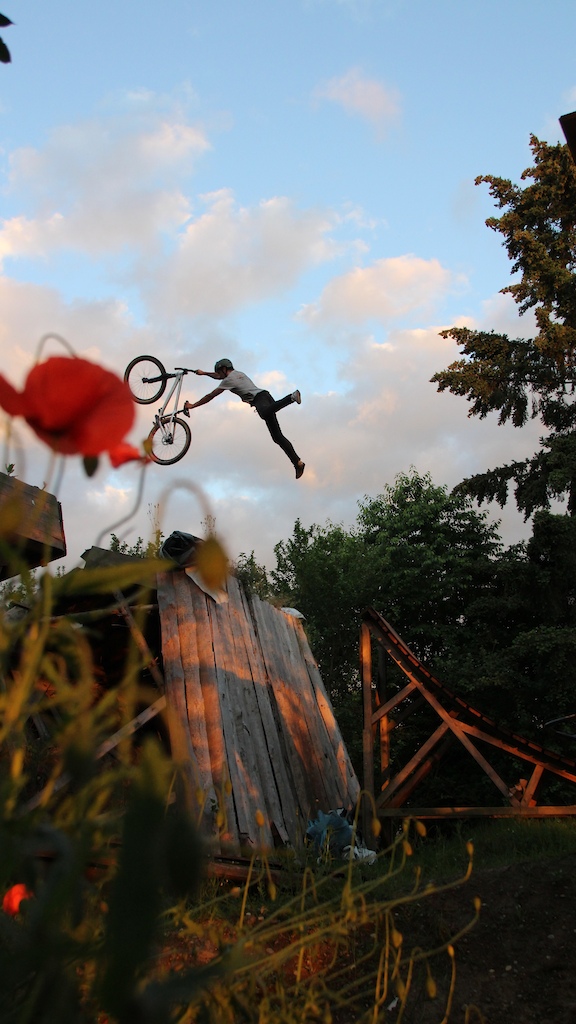 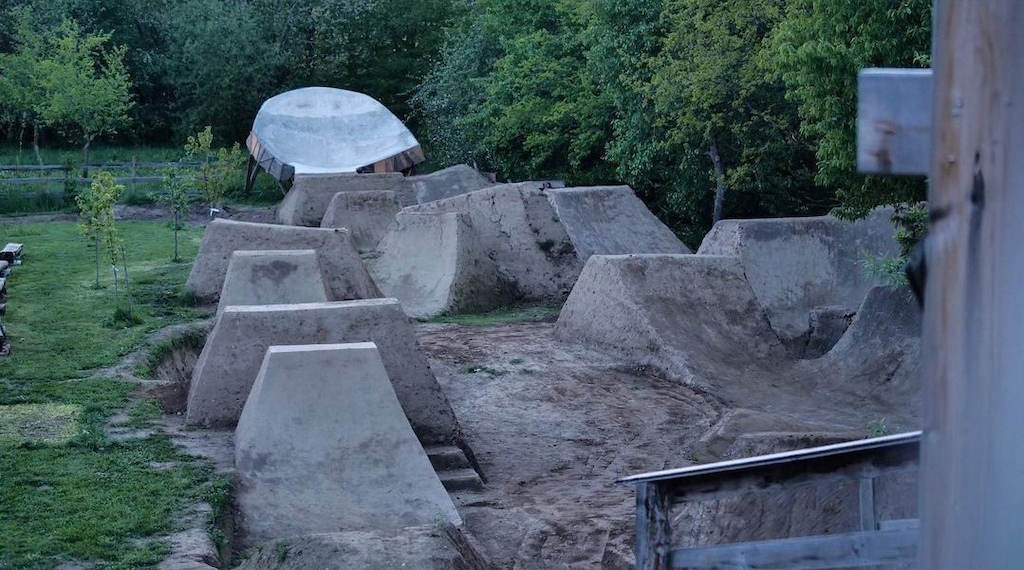 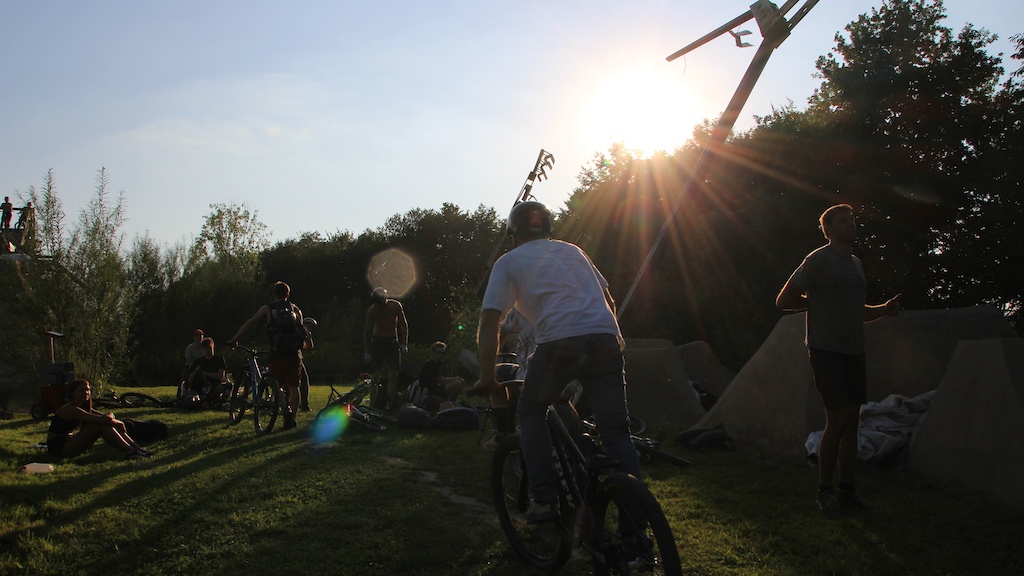 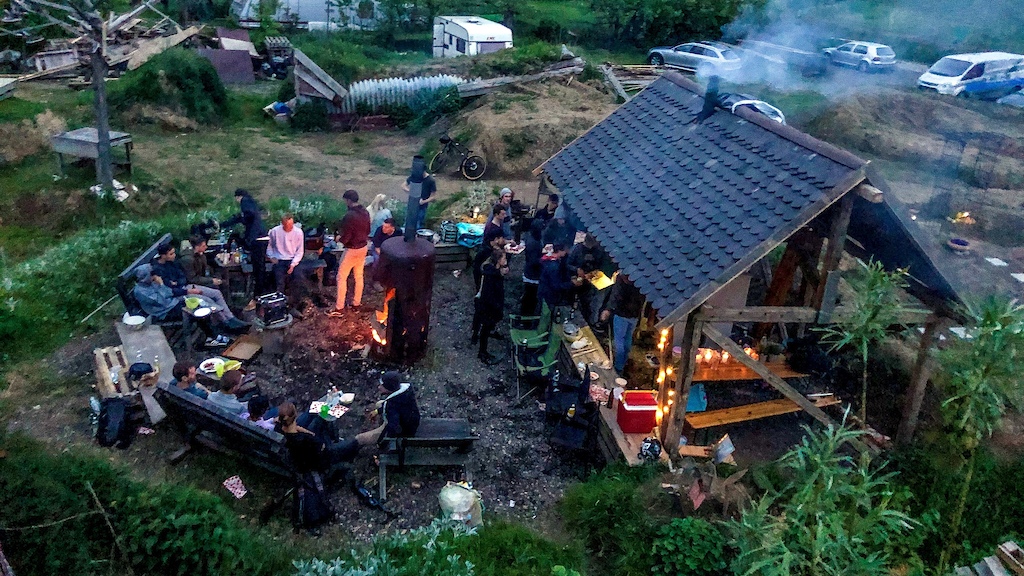 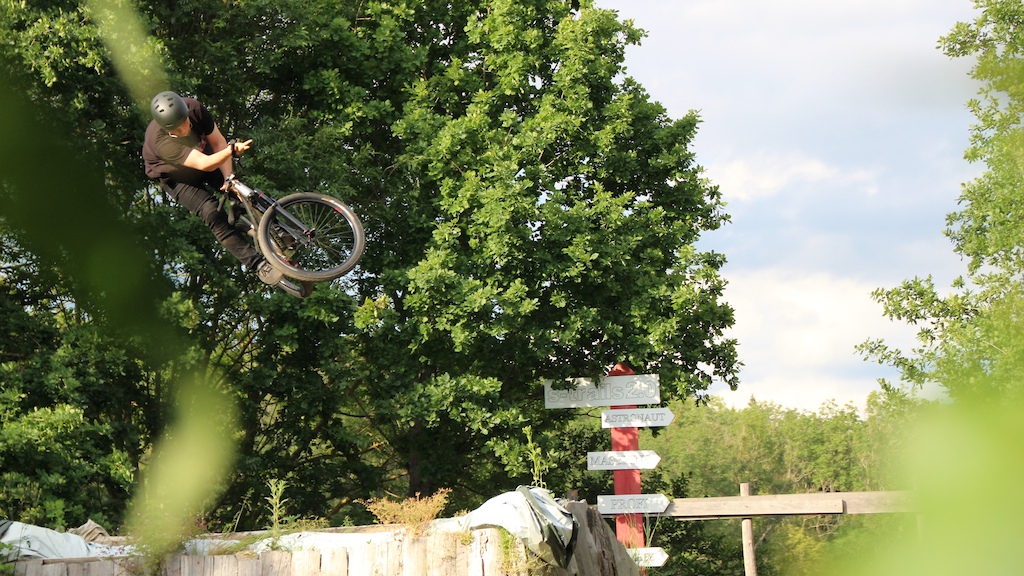 YanDoroshenko (Aug 19, 2021 at 14:43)
They are easier for the government to control that way so yes. Can't let young people be outside, enjoy freedom and have fun.

spaced (Aug 20, 2021 at 3:17)
@YanDoroshenko: dude it's no evil conspiracy. It's just it's easier to do things as you do them normally. As its clearly stated in the article it's a case of zoning. There is a bureaucratic process to change it it's just long and costly. The automatic decision is if something doesn't comply with the laws it gets demolished. It's not even a bad law as it prevents people building sketchy stuff that hurts others. The thing is the jump line is an exception to that rule.
The municipality is friendly to the spot so it's not like the government (at least on the most local level) wants to help the spot.

And yes sometimes if you do something that the oficials understand more you probably get more good will than a new sport that due to silly associations with cartoon versions of extreme sports might look a bit bad and rowdy.

So no it's not an evil conspiracy. The trail was built illegally or at least not according to some zoning law. Lets fight to keep it instead of trying to create doctor evil

ForestJump (Aug 20, 2021 at 4:24)
@MadMikeSnare: Germany has some excellent Techno and outdoor raves

gnarlysipes (Aug 21, 2021 at 17:32)
@conoat: LOL, it was tongue in cheek. I guess it’s still to early to make sarcastic jokes like that. I totally disagree with the government’s decision to push people indoors.

you mean you are against the government decision to fight a deadly disease that has a high chance of long term lung damage where you are so winded you can't ride your bike? That's some certified American freedumb right there.

If governments acted fast and decisively instead of pandering to every anti vax, anti lockdown and anti mask dweeb this thing would be over nut instead we have delta variants and will have further lockdowns in the fall. Thanks mate. Freedom right?

conoat (Aug 23, 2021 at 5:24)
@spaced: who cares? none of what you drone on about matters. the only thing that matters is not giving the government any more power. I don't f*cking care if the next scary wary vawwwient has a 40% fatality rate. People should still be able to make their own decisions on the matter. there is no amount of fear that makes totalitarianism ok.

YanDoroshenko (Aug 23, 2021 at 5:56)
@spaced: Agree. We need to murder and mutilate every anti vax, anti lockdown and anti mask dweeb and hang their disfigured corpses on the streetlights as a demonstration of how much the government cares about the health of the people.

spaced (Aug 23, 2021 at 11:58)
@conoat: so you would rather die than give government more control? Despite the fact that many countries already have mandatory vaccines? Being against rules just because they are rules is stupid. We should be doing this to stop dying. I don't want people to die. I don't want to get lung damage because you're paranoid

YanDoroshenko (Aug 23, 2021 at 12:54)
@conoat: Please notice how idea of freedom being worth dying for is utterly incomprehensible to certain individuals.

gnarlysipes (Aug 23, 2021 at 14:08)
@YanDoroshenko: Unfortunately all too true. What Loki said in one of the Marvel movies rings very true with a.m lot of people. Humans crave subjugation. Many need a ruler over them to feel “safe”. So sad. And so many don’t see the hypocrisy in their words—if you substitute COVID for something else in many of these conversations people would have a totally opposite opinion. Crazy.

zoobab2 (Aug 20, 2021 at 2:33)
They destroyed the jumps here next to Brussels, saying the constructions were illegal while they exist for 10 years:

konamat (Aug 19, 2021 at 23:22)
We all know people - including ourselves - who have respected Covid rules more or less strictly, wether on purpose or not. Covid is just an excuse for closing but it can't be the real reason. Especially now that vaccinations are going full swing, closing for safety reasons comes too late. I guess you guys have an unhappy neighbor for some reasons... Petition signed, please anyone don't destroy this work of art! Good luck.

Brestling (Aug 20, 2021 at 2:11)
Klaus is a literal animal when it comes to his jumps, he has helped so many other German spots to improve their jumps aswell, living legend.

shittybill (Aug 20, 2021 at 2:45)
I'd like to be locked in a room with the douchebag who started all of this. Hooking his balls up to a car battery seems like a good starting point. Some people Can't Understand Normal Thinking. See the acronym...?

aerik (Aug 20, 2021 at 4:59)
This zoning horseshit and all kinds of complaints arising from it *just* to make bikers’ lives difficult is pervasive in the low countries. Of course the enforcement suddenly stops when we’re talking big commercial developments…
Then the state/province/county pulls the “yeah but they already mislabled this zone 15 years ago” card.

theoskar57 (Aug 20, 2021 at 1:36)
One of the best handbuilt dirtjumps I've ever seen, the attention to detail is unmatched, if they tear this down I'm gonna tear down the anonymous reporter's house let's see how he feels

Brestling (Aug 20, 2021 at 2:10)
Thanks a lot man! We're trying our best, this article and the petition helps a lot to show the local council how valuable the spot really is.