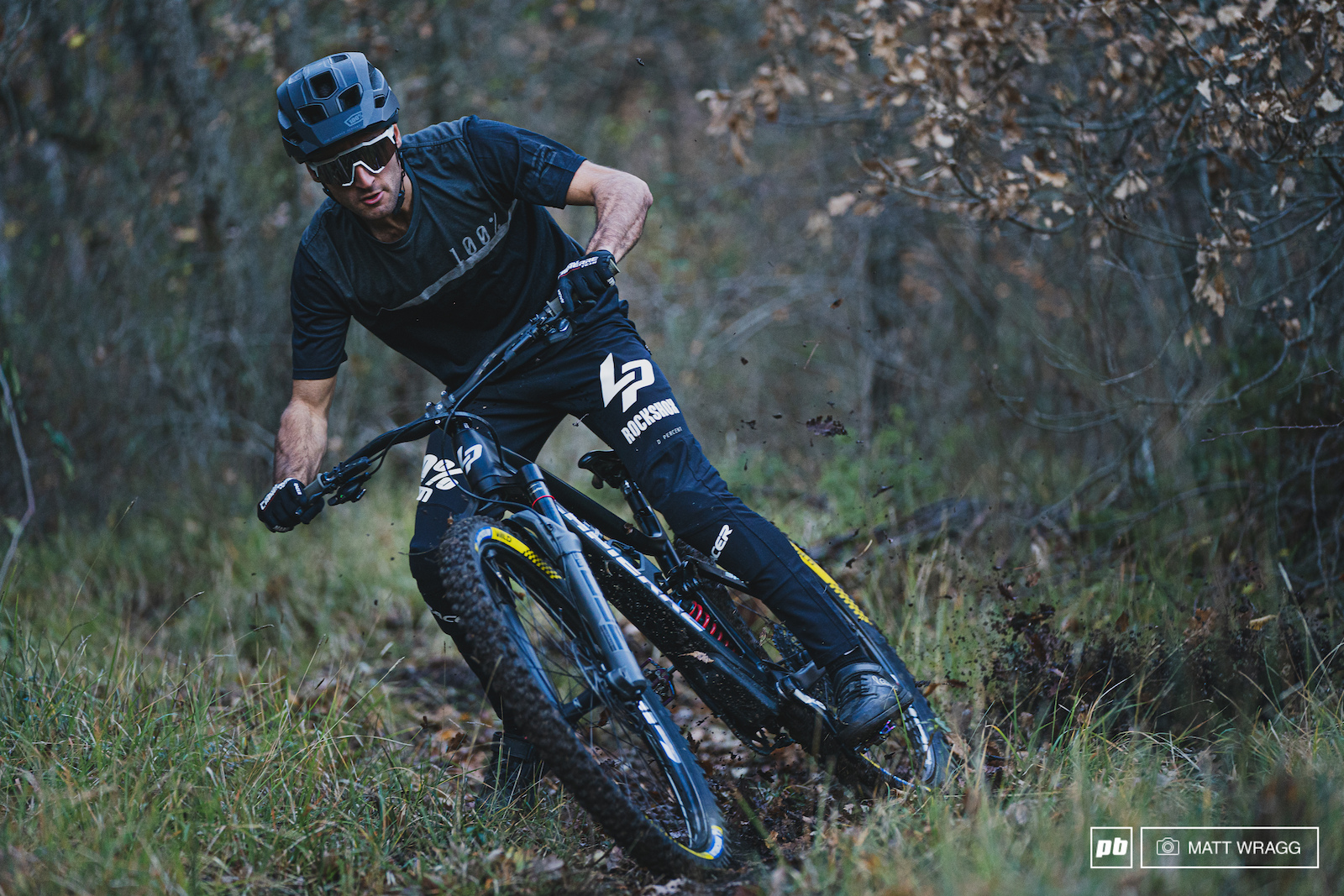 When we talk of tipping points in a fledgling career, few know more painfully what they can mean than Kevin Marry. At the Lourdes World Cup, 2016, in his second year of juniors, he was flying. He had won qualifying, he was green on the first three splits and then disaster. He went down, dislocating his shoulder. While the physical side of the injury was not too bad, it robbed him of his momentum. Following his DH career in the years that followed it was clear that it never quite clicked again in the same way.

That is a lot to deal with as a teenager. Kevin didn't let it define him, he kept racing, kept working hard and today he is in his second year with the Lapierre Overvolt eMTB team, teammates with a certain Nico Vouilloz with a clutch of E-EWS podiums under his belt. This puts him at the forefront of the emerging eMTB racing scene - maybe not the career he'd imagined as a kid, but a career racing and riding bicycles that he loves nonetheless. 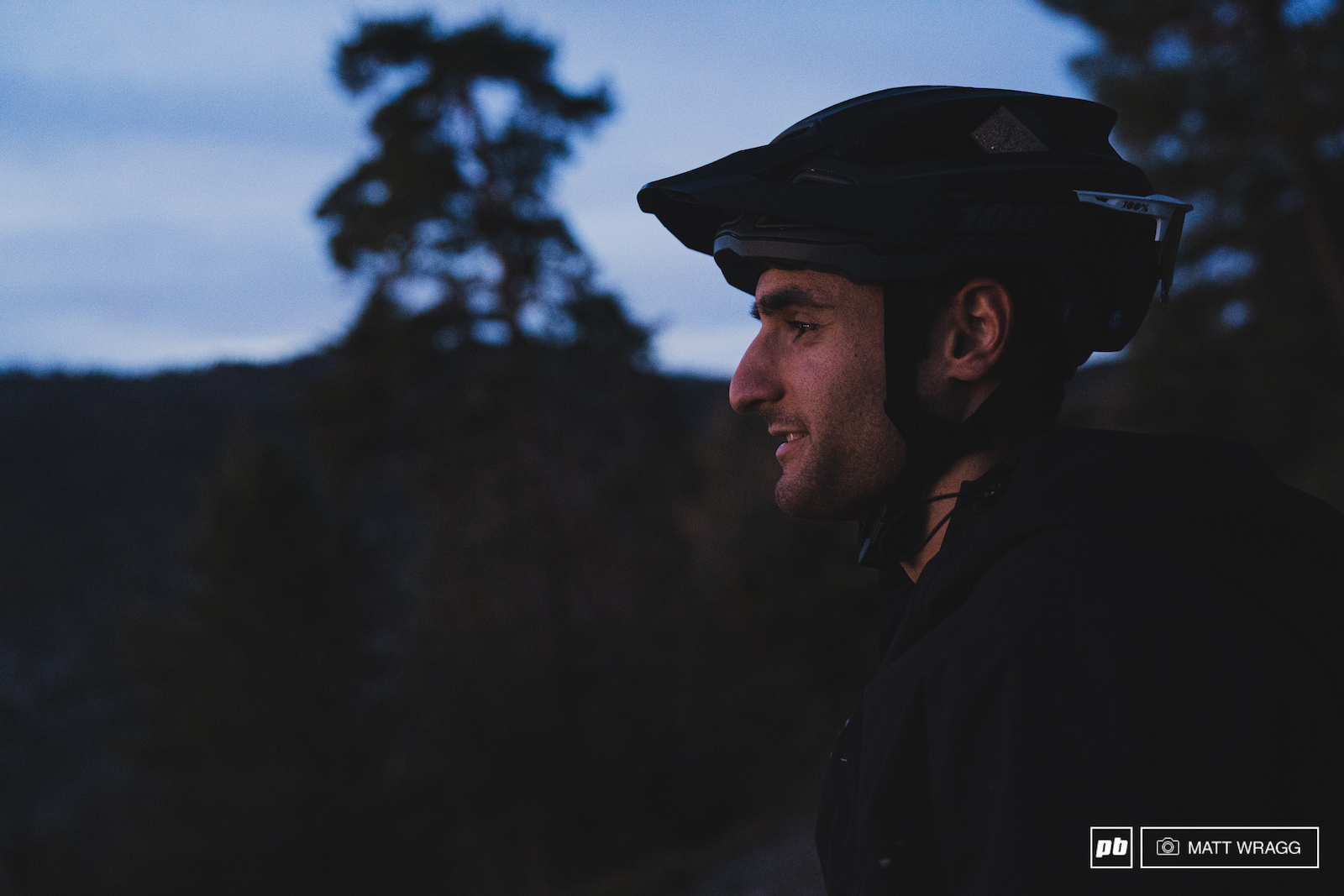 I grew up in L’Escarène, a village between the sea and mountains near Nice on the French Riviera. Now I live in Drap, it’s in the same valley but a bit closer to Nice.

I ride for Lapierre Overvolt team.

Every day is different and I like it. But generally, after eating a good breakfast I reserve the most important things to do in the morning because it’s the moment of the day I feel most productive. After, I can do a gym workout if I have to do it. Then I eat and I go riding in the afternoon with friends or alone. I come back home, wash my bike and sometimes work on it. I keep the more quiet and relaxing activities for the evening.

How did you get into mountain biking and racing?

When I was young I liked riding my bike in the garden or with my dad, even if he didn’t really ride MTB. So my mum signed me up to the local MTB club, Peille VTT, I was 7 years old. One day, she brought me to see the Peille DH race where I saw international racers like Fabien Barel and Nico Vouilloz, who are both from the same valley as me, battling for the win. I remember that day, as that was the day I knew I wanted to race DH. I started to do XC races and the TRJV program - it is the French junior system where you mix XC, trials, and DH disciplines. When I turned 13 I chose to specialize in downhill. 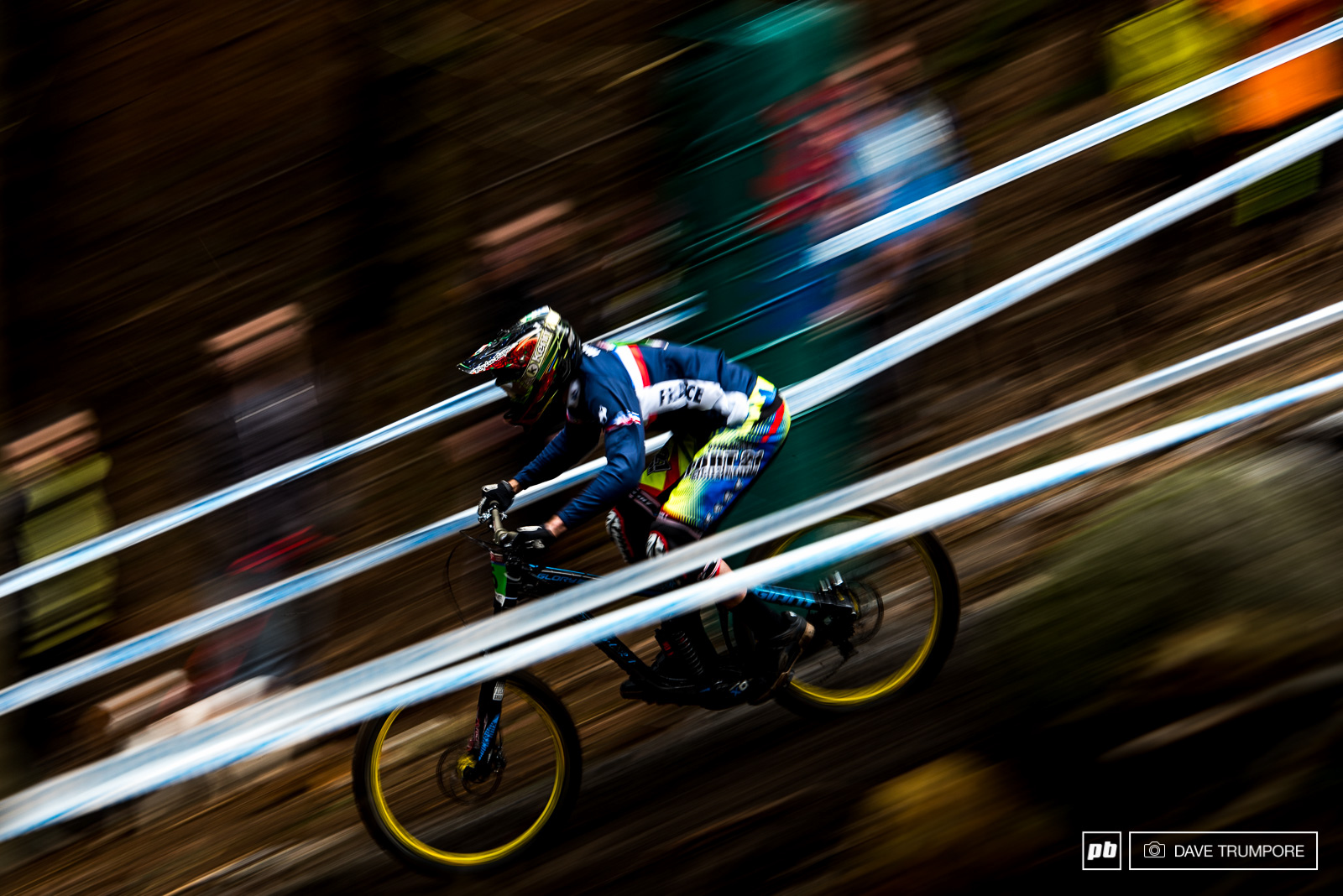 I know how to adapt quickly to different situations, how to focus myself when I have to do it and I am determined. Once I have set goals in mind, I will do everything I can to succeed and work hard to achieve them.

I think sometimes I’m a bit introverted, mostly with people I don’t know very well. This isn’t an advantage especially in an environment like MTB where you have to know how to put yourself forward to teams or sponsors. But I’ve been working on it over the years.

What’s been the worse crash you've had?

The worst crash I had was when I was racing DH, during Lourdes Junior World Cup final in 2016. It wasn’t the worst crash physically because I only ended with a dislocated shoulder, but mentally for sure. I had won qualification the day before and was leading in the three first splits before crashing in the last part of the track. At the time, this crash was very hard to accept. I spent three months recovering and ended the season with some top 5s at the World Cup. Maybe winning this World Cup could have changed my progression in DH, or maybe not, I don’t know. But later, I understood it had to be like that so I accepted it.

My favorite place to ride is at home. Here in our valley, there are a lot of trails. They are really diverse and the weather is usually good, even in winter. It’s perfect for riding enduro, ebike and there are also DH tracks. Riding at home is also a way to recharge batteries because it’s where it all started and where I feel best. 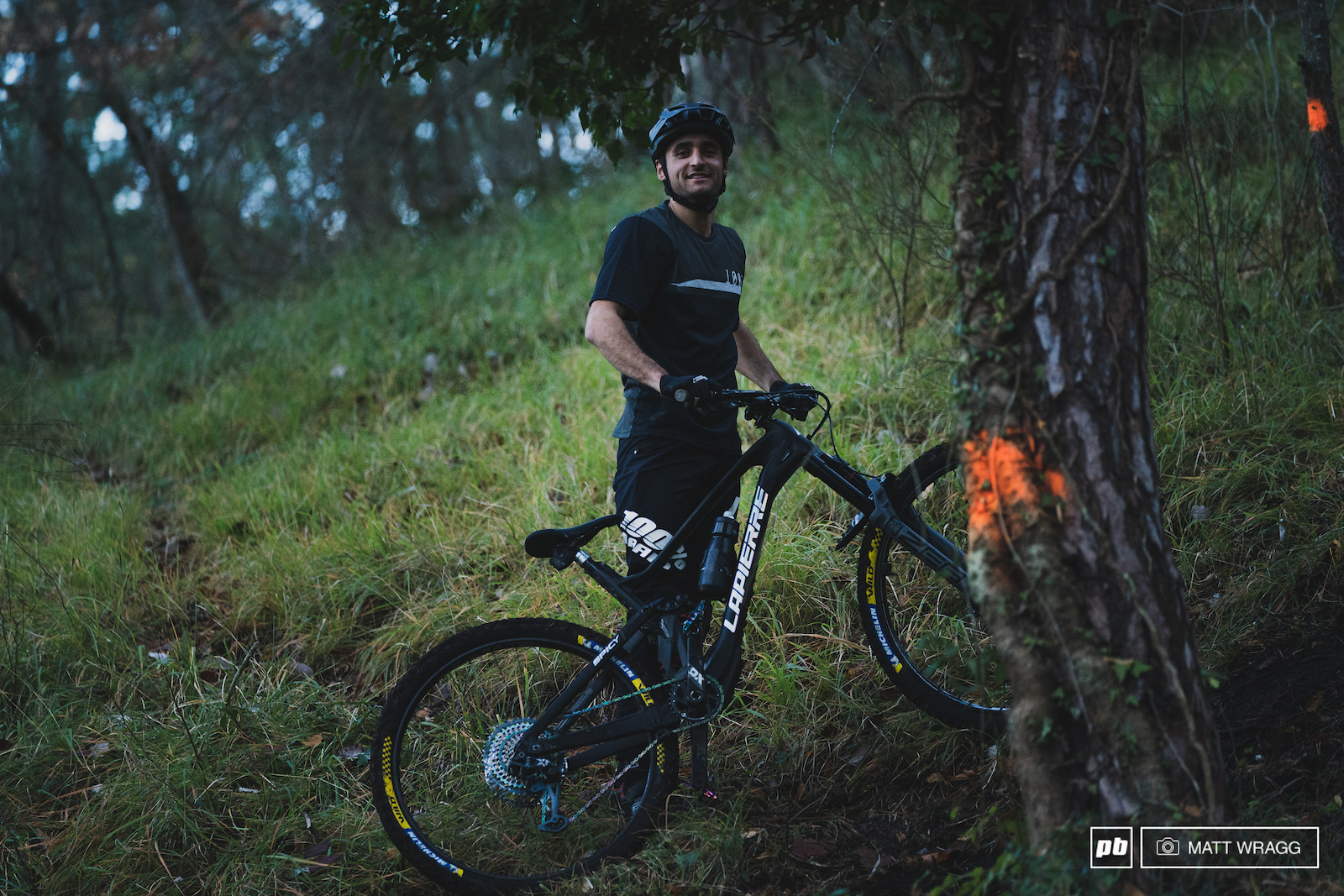 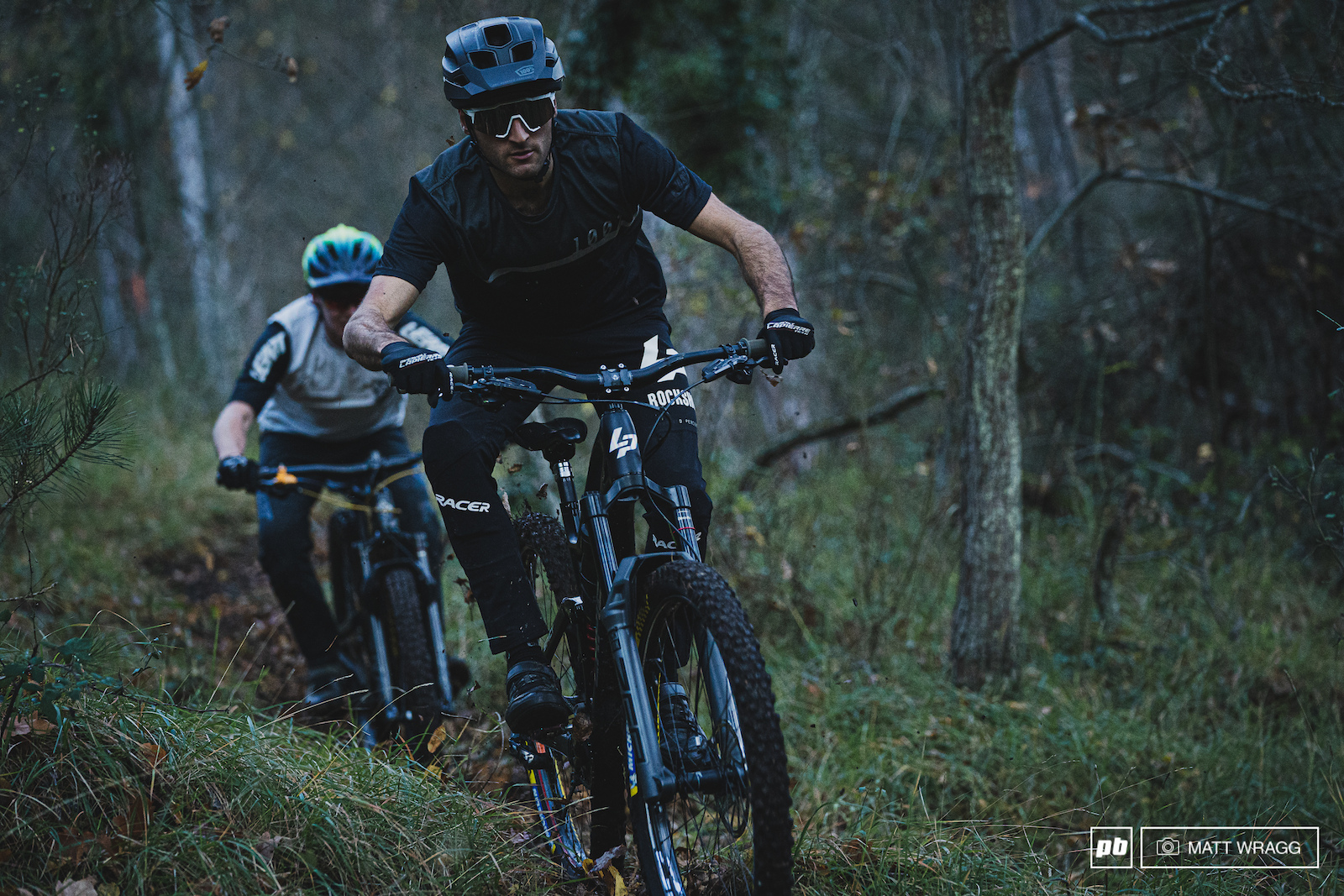 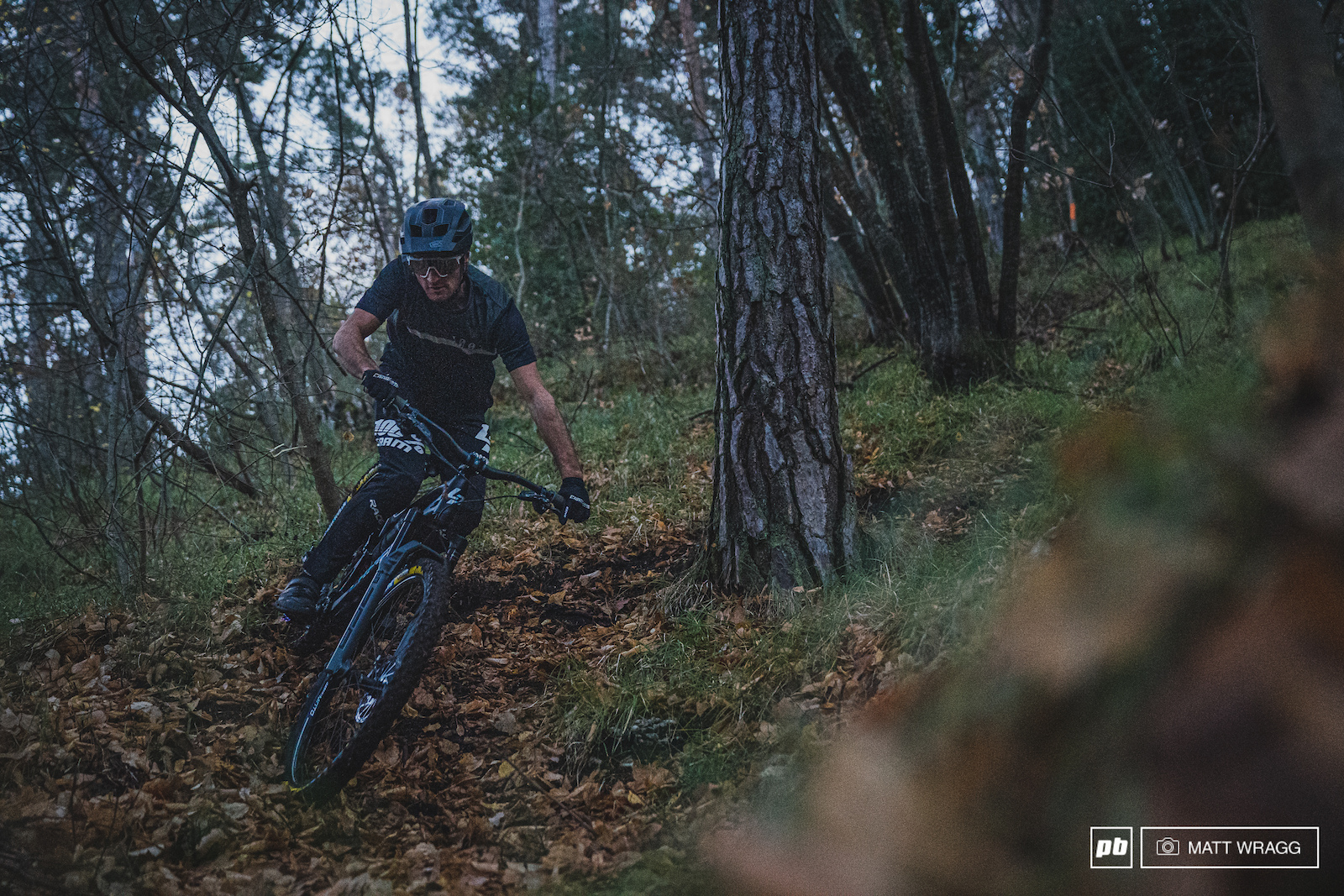 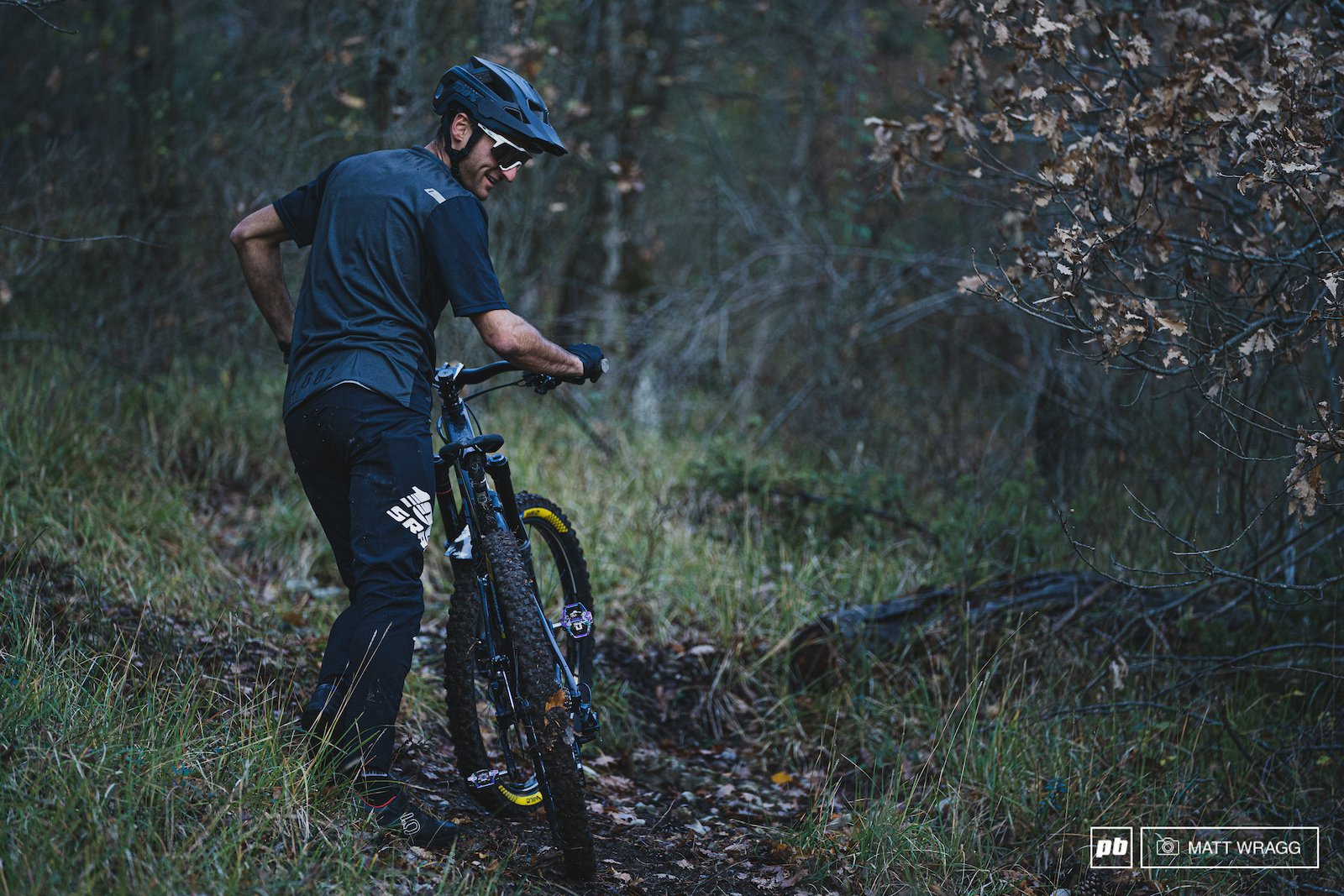 I’m riding a Lapierre Overvolt GLP2 and a Lapierre Spicy Team, both in size L.

I’m inspired by all the best athletes in many sports. I try to understand how can they achieve such performances, their ability to recover after an injury, or their comeback after a failure. I’m a very observant person so I try to take the best of what I see around me.

When I’m not on the bike, I’m always outside. I like doing other sports like climbing, hiking or moto. During summer I like going to the sea, paddleboarding or fishing. I really like to discover and try new activities. For example, I recently tried padel tennis with friends and it was cool! Otherwise, I like cleaning trails and spending good times with my friends around a BBQ.

What do you do to rest and recover after a race?

After a race, I try to have good carbohydrate intake within an hour after the race and good hydration throughout the evening. When I can, I spend a few minutes in cold water, often in a river. Then I take a balanced meal and I get a good night’s sleep, that is the key to recovery. I take one or two rest days according to the race intensity and stretch a lot.

What advice would you give to someone trying to get into racing?

I would tell them that the most important thing is to have fun. Sometimes, we are so focused on the result that we forget why we are doing it. I believe that if you enjoy every race and all things you are doing, results will follow naturally with work and determination. 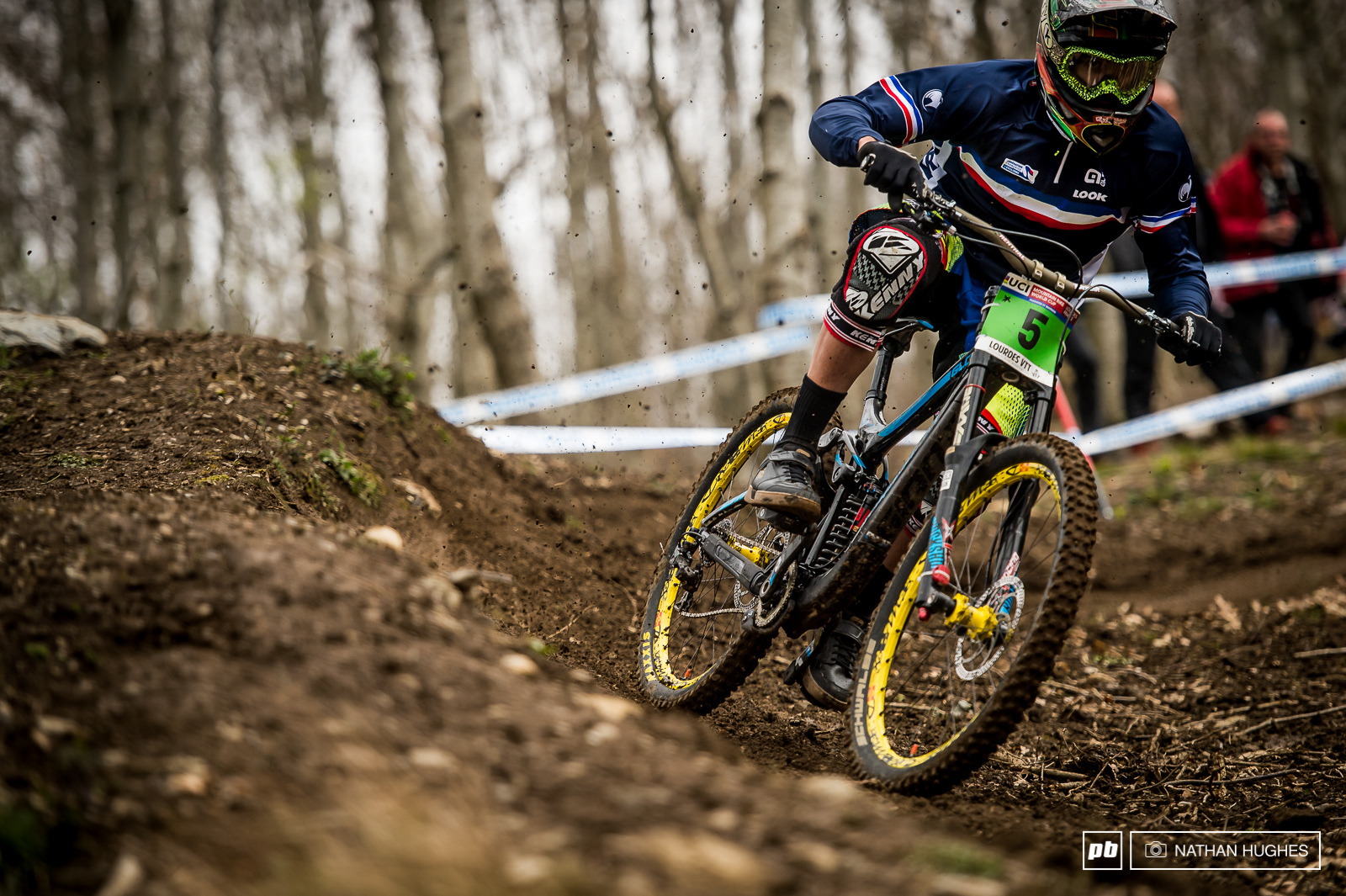 How do you get focused before a race?

Races are mainly prepared with winter training. When I arrive at a race, I know I’m ready for it and I just have to enjoy doing what I love. It allows me to be relaxed. I put myself a bit in a bubble to avoid being troubled by external elements. Before the start, I think about positive things and try to remember tracks in my head.

Where do you think the future of racing is headed?

I think whatever the discipline, racing will demand more and more commitment to be at the top. I am talking about logistics, materials, physical preparation… everything you need to perform. We see that a lot in downhill, where there are lots of people pushing for the win, so every detail counts. I think it’s interesting because that shows that MTB is a modern and serious sport in constant evolution. But on the other hand, that will increase the gap between professional riders and young privateers trying to succeed with low budget…

I can’t answer to this without speak about racing eMTBs too. I think eMTB is still a lot criticized because it's relatively new. For this reason, everything isn’t perfect but I believe it’s going on the right way. This season, on EWS-E racing we were on a long format with nearly 70km, 3000m climbing and 10 to 14 stages including power stages, and very tight liaison times. With this kind of race format, we show the extreme side of eMTB, which in reality is not so far from what most eMTB owners ride with their bikes. Now, it’s just requires time to find the best race formats adapted to eMTB but for sure, eMTB racing will evolve a lot in the next few years.

eblackwell (Jan 12, 2022 at 7:42)
I’m pretty sure he actually raced DH WCs for several years as a privateer before making the switch.

Had to laugh at this one

konamat (Jan 13, 2022 at 0:16)
@nvranka: I'm sure Kevin is referring to the southern France riding scene in particular. Majority of e-bikers down there are advanced mtbikers, there is no easy up or down trail there anyway. It's a different scene and mentality towards e-bikes than NA for instance. Or at least from what the comments section suggests.

shredddr (Jan 12, 2022 at 12:18)
I don't hate ebikes, but watching e-racing is just beyond stupid to me. I can't see why anyone would care. It seems less about the athlete, but maybe I'm ignorant.

Tmackstab (Jan 12, 2022 at 12:56)
Claudio and Nino did a head to head Ebike race on a WC DH track. Hammer up the fire road and drop into a DH track. I would watch that if they had to do a few laps and it was mass start.

PHX77 (Jan 12, 2022 at 13:35)
@shredddr: for another perspective on this, listen to some of the fittest athletes in the world talk about their experience racing eMTB’s

Birmingnar (Jan 12, 2022 at 10:41)
Such enlightened and well thought out views. E-Bikes aren't so different from snowboards or gasp, mountain bikes in the early 90s. I don't ride E-bikes, but more people on bikes means more advocacy, funding, and trails. Haters gonna hate but I appreciate the content.