Getting To Know: Emily Slaco

EMILY SLACO
Emily Slaco lives quite an interesting life. During the winter, she spends her time in the middle of nowhere, working at a backcountry lodge or on her snowmobile. Each summer she is guiding somewhere in the backcountry, and one of her favourite places on earth is the South Chilcotins—an area that plays a big role in her ability to deal with the unknown and is a source of her confidence. When she does make it back to Pemberton, Emily will often show up to a local event and put the hurt to everyone who has been regularly training and racing. It seems that spending day after day on her bike, guiding guests through the beauty of her most cherished places doesn't hold Emily back when she's up against the clock. She is one heck of a human, and her positive, fun-loving attitude and overreaching joy for life is infectious to those around her. 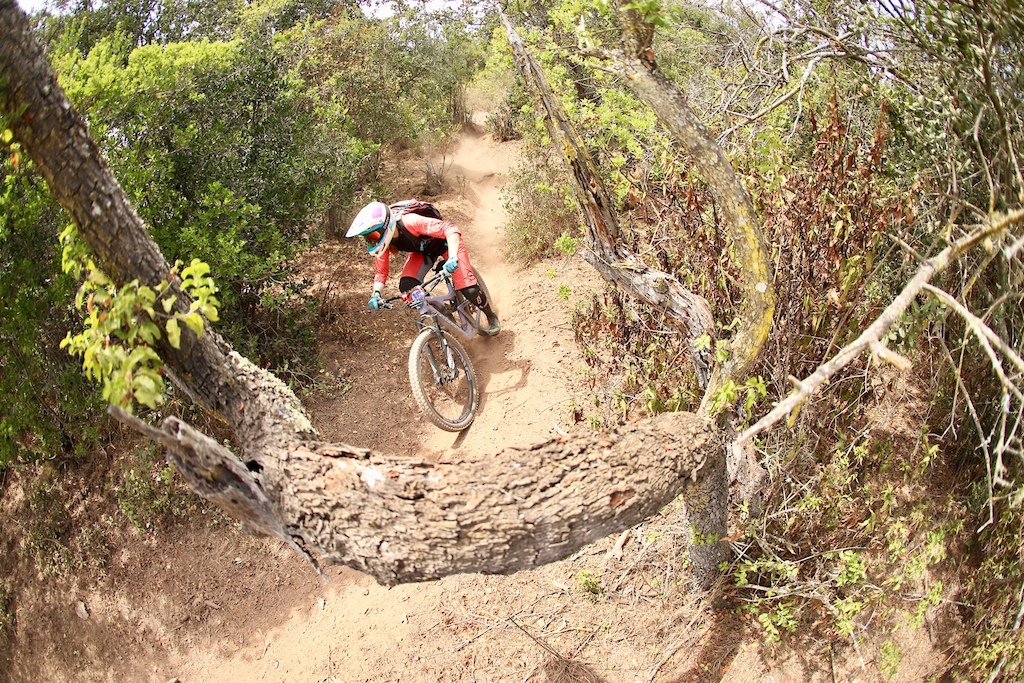 Pushing through the unknown during the 2017 Andes Pacifico. - Gary Perkin photo


Originally from Campbell River on the Island but I live in Pemberton now.

Do you ride for or get support from anyone?


I just started riding as an ambassador for Juliana Bicycles this year and have also been getting support from Pemberton Bike Co., Chromag Bikes, North Shore Billet, OneUp Components, and High Above hip packs.


On my bike of course! To be more specific, I really love being on my bike somewhere I've never been before.

What’s been your favourite race or contest venue?


I'd have to say, last year's Trans-Provence has been my favourite. Maybe because it was the first time I'd done a multi-day race, the first time I'd ridden in Europe, the variety and challenges of all the trails, riding everything blind, the long grueling days, and probably the camaraderie and relaxed environment of the "race." Oh, and it didn't hurt that the Maritime Alps were gorgeous! 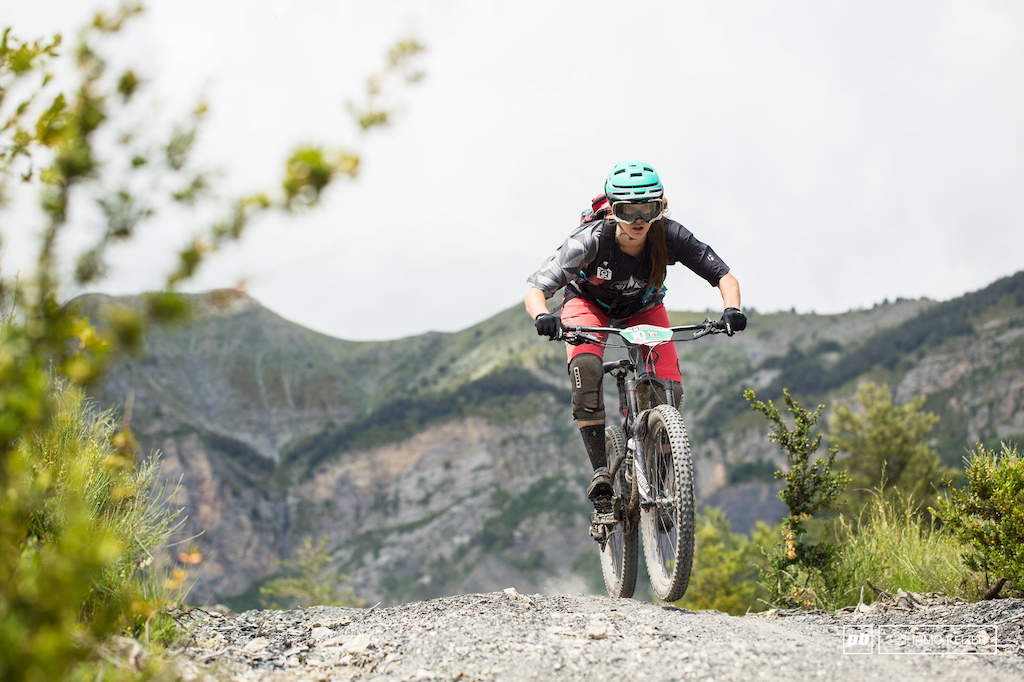 On the gas, early into the 2016 Trans-Provence, Emily's favourite race.

Where are your favourite trails?


I love my hometown trails in Pemberton. It's got such a good mix of steep, flow, loose, rock, jumps, roots and gnar. Also, our climbing trails are unique in that you can ride technical singletrack from valley bottom to the top of the mountain. I'm also loving the riding in Valemount, BC, which is where I work in the winter. They've recently created an awesome network of trails there and last fall added a new jump trail that is sooooo fun!


I like new experiences more than doing things repetitively, so practicing tracks or going to the gym can be pretty weak for me.


I had part of one summer where I moved back to Whistler and became a park rat. I crashed really hard on my wrist and had screws and pins put in my hand. I think the worst part was that, after that crash, I moved away for a couple years and never got right back into the park to get over it. Less of a hard recovery for the body than it was for the mind. 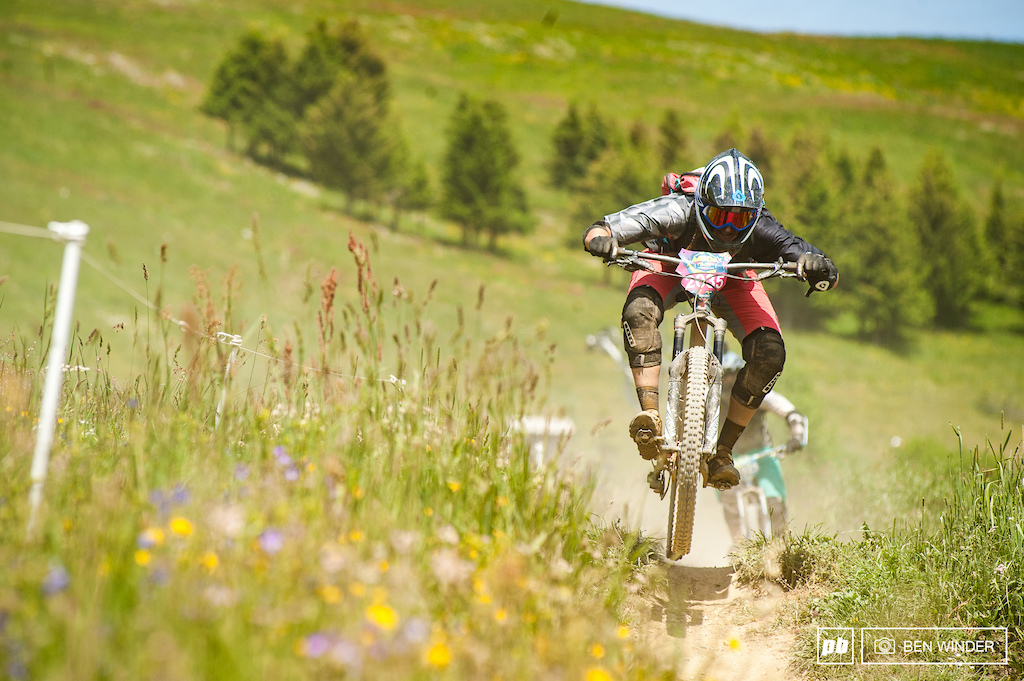 Emily took down some names at the 2016 Megavalanche.


Too many to count. I do remember one time doing the Nimby Fifty race here in Pemberton and coming down a crux move, a rocky chute on the downhill, Overnight Sensation, and finding three people all in various stages of walking or crawling down and somehow managing to thread the needle without hitting them or crashing myself.


Oh, that's an easy one. Little D! It was my first bike, I bought it when I moved to Whistler from Victoria. A blue Devinci dual suspension trail bike. I rode it to pieces, literally. I'd get the slow head shake every time I'd bring it to my mechanic friend with something snapped or falling apart.


I just got a new Chromag Rootdown that I'm soooo pumped on! Everyone was so keen to ride, even though there was snow everywhere. We took it out for its maiden voyage and pushed up through the snow in Pemby to ride Meat Grinder. It handled everything with ease and I can't wait to ride it more. I also got a taste of what my new Juliana Roubion will be like when I got to try one out in Chile last February at the Andes Pacifico. The race was my first time on the bike and it was so amazing; light, stable, nimble, and just felt good to ride!


I just met Casey Brown in Chile and she's such a nice person and an absolute shredder on the bike! I'm super inspired watching her ride and just go out there and kill it.


I love a good adventure, so seeing people out there exploring new zones, traveling around, and showcasing places I've never been is super inspiring. The unknown is something that scares me and also excites me at the same time, which is probably something I like the most about exploring new zones. Also, seeing other females out there just shredding and doing their thing is really cool.


In the summer I like to mix it up and go hiking and camping with friends. I also like growing veggies, baking and reading. Surfing is something I'd like to do more of, but there's only so much time in the year. In the winter, backcountry skiing is my jam and I just bought a snowmobile this year and am in a love/hate relationship with that. Oh, and I love a good party.


Well, I'm actually listening to CBC Radio 2 right now because I was trying to get some computer work done, but my playlist right now has got some Charlift, Jungle, Maggie Rogers, Spoon, The War on Drugs, Sylvan Eesso, and a bunch of old hip-hop on it. I've got satellite radio in my truck and 'Backspin' is probably one of the best channels!


I always say my fave movie is Cool Runnings, 'cause I've seen it a million times and it never gets old! I mean, come on, the adversity those guys push through, and who doesn't love John Candy.


Exploring, hanging out with friends, jumping in a lake, cold cider, oh, and riding bikes. 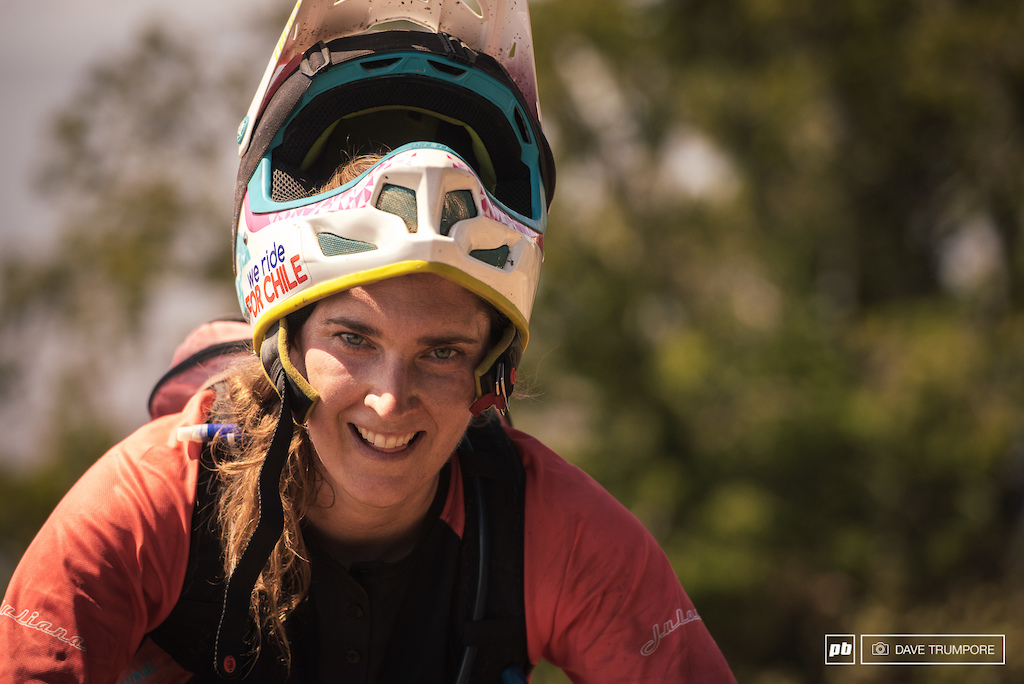 Still happy after days of racing. Here she crests the final climb of the 2017 Andes Pacifico.

What do you do when you are not riding/racing bikes?


I work a lot in the winter currently, so that takes up most of my time. I also like planning adventures, be it trips for friends to places I've been, or figuring out where I want to go next.


Well that's an interesting question, I don't really think you can be in charge of the sport, but I would like to see more support for people who are out there doing their thing and, especially for some of the girls out there who work so hard and are in the top class of the sport, but get very little to help them continue and progress. Also, I think it's really hard to be a privateer, traveling to races and trying to do everything yourself while you see others with full team support. So, maybe a more even playing field, though I'm not sure how you would accomplish that.

When you hang up your racing/riding shoes, how do you want to be remembered?


I guess, as someone who liked having a good time and wanted to help others to get out and enjoy life.

What does the future hold for Emily Slaco?


I hope a whole lot! This summer is looking like it will be a busy one for me. I've been doing backcountry ladies-only clinics in the South Chilcotins for a few years now and have partnered with Sweet Skills out of Pemberton to do more backcountry and ladies clinics in various places in BC. I'll be coaching with Sweet Skills in Whistler and in Pemberton all spring. We are then traveling to Revelstoke and partnering with Wandering Wheels to offer two different weekend ladies clinics, one in June and one in August.

We are also doing a Women's Mountain Bike and Yoga retreat at Sol Mountain in August, which sold out in less than a week! There will be three different ladies-only backcountry camps in the South Chilcotin this year, tailored to three different riding levels, a more novice one in June, an intermediate camp in July, and a more advanced camp in August. I'm also guiding a bunch of trips for Tyax Adventures in the South Chilcotin and also for Big Mountain in the Sea to Sky. Big Mountain has also just launched a women's mountain bike trip in Tuscany that I'll be guiding in October.

Another super cool thing for me has been starting to ride for Juliana Bicycles as an ambassador. They're so great and I'll be working on a couple of projects with them in the South Chilcotin this summer. As for racing, I'm signed up for the Trans BC Enduro. I heard great things about last year's event and this year, the race will pass through some places I have yet to go to, so that will be cool. I'll probably do some of the BC enduro races and hopefully get to help out some of the local girls here in Pemby that will be racing.

Oh, and I'd like to become a paramedic, so I'm going to start taking courses this spring. That's the summer. Hopefully, I'll get to keep on working and expanding these projects, and get out to ride new places! 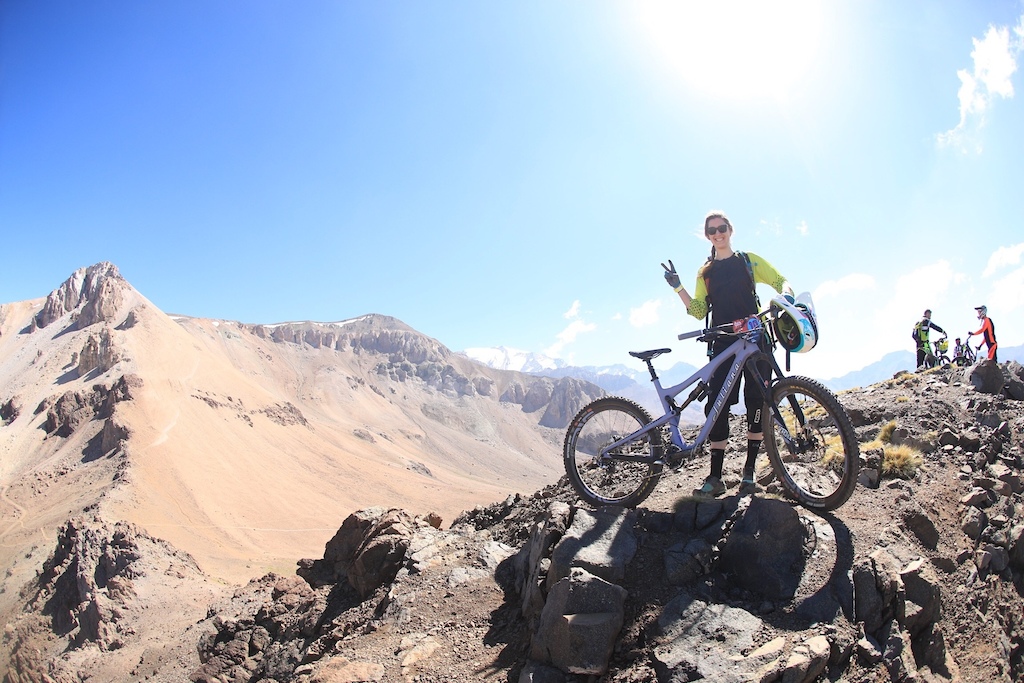 
Posted In:
Interviews Getting To Know Emily Slaco

poutine (Mar 18, 2017 at 9:10)
i really like to read those interviews with privateer racers, they're inspiring and they all seems like cool people!

Shaylilones (Mar 20, 2017 at 8:00)
The biker I am today I owe to Emily! She's such and inspiration, if you have the chance to join her in the backcountry do it.

medievalbiking (Mar 19, 2017 at 6:31)
Why are people downvoting a comment that encourages someone to achieve their goals? o.O

Patrubix (Mar 22, 2017 at 12:14)
Absolute ripper on a bike. Nice lass too. Was our guide this summer in Squamish, Pemberton and Chilcotans