Getting to Know: Lars Forster 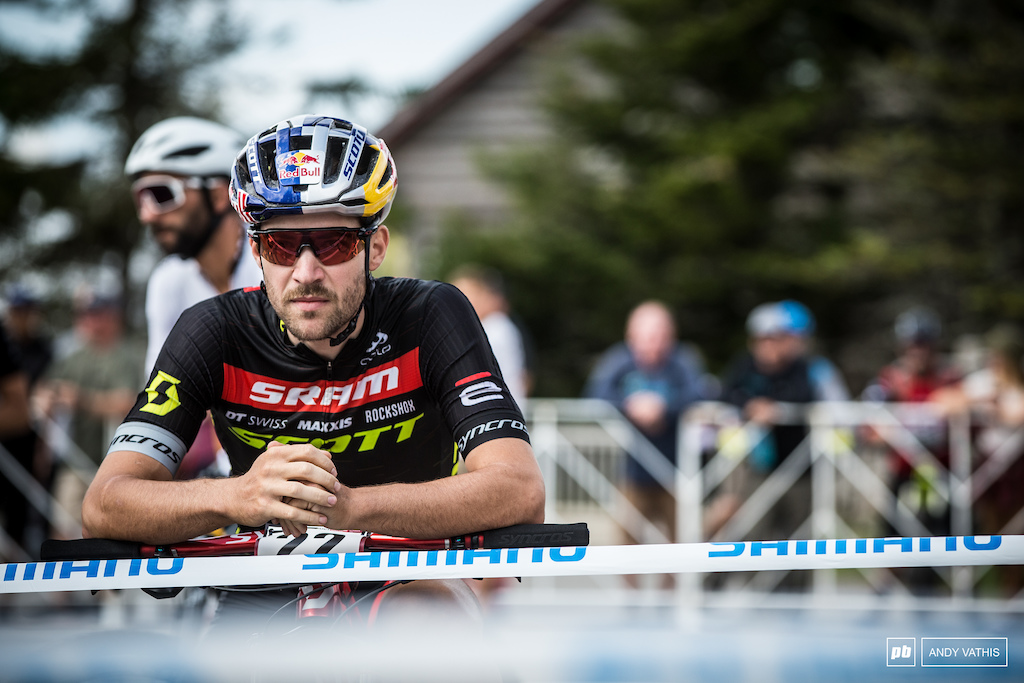 Lars Forster had a roller coaster ride of a season in 2019, from a joint win with Nino Schurter at the Cape Epic to disaster at the first round of the World Cup. But it would all finish with the Swiss rider taking his first Elite win in Snowshoe.

We caught up with Lars to talk about how he got started in XC, how the virus is affecting his season and his difficulties during the 2019 season.

I grew up in Rapperswil-Jona canton St.Gallen Switzerland. Now I live 10km away, in a small village with my girlfriend.

My team is Scott-Sram MTB Racing, plus I’m a Red Bull athlete and ambassador for "Energie Zürichsee-Linth", which is an innovative sustainable energy company in my region.

How did you get into mountain biking and xc racing?

Because of my Dad. He raced at some national marathons when I was a child and therefore, we spent Iot of weekends with family rides and soon I wanted to race as well. 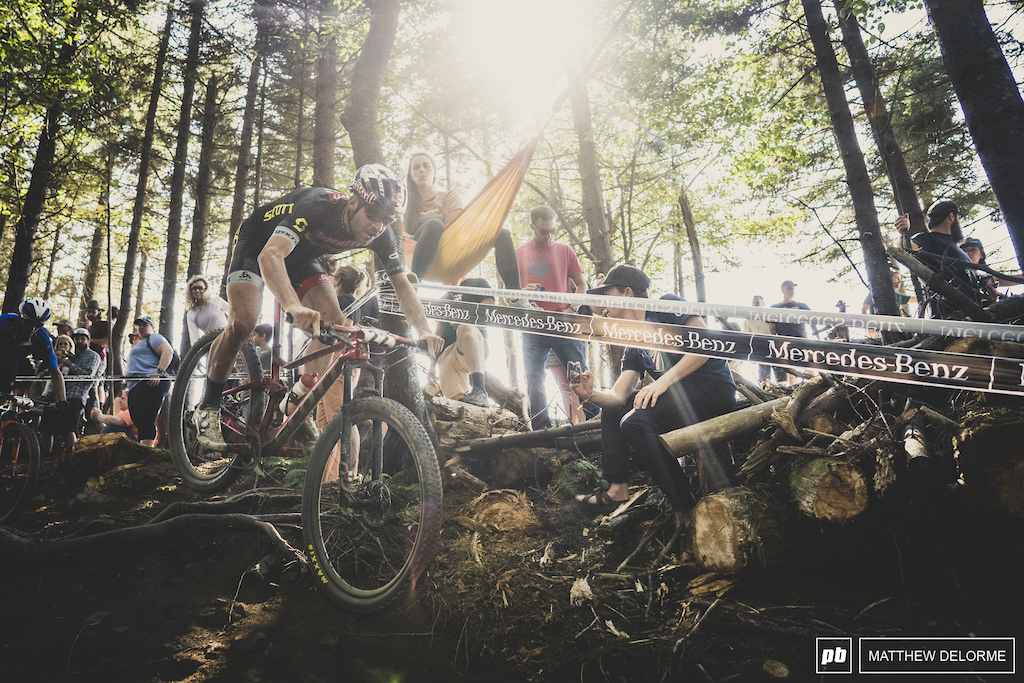 Kind of an all-rounder. The fast races suit me the most, but my first elite world cup podium I had in Albstadt, Germany where it was all about climbing.

Not being consistent, but I’m getting better in this as I’m getting older. Loving food too much, but as I train a lot it isn’t such a big problem.

What’s been the worse crash you've had?

Haha, well I had some of that recently. But the worst crash was probably on a road ride with my dad 15 years ago. I had a head-on collision with a Moped and cut my arm open somewhere. The sight of the bone wasn’t that nice and I still have a big scar there.

My Girlfriend took me some years ago to Finale Ligure in Italy and I fell in love with the trails and atmosphere there. 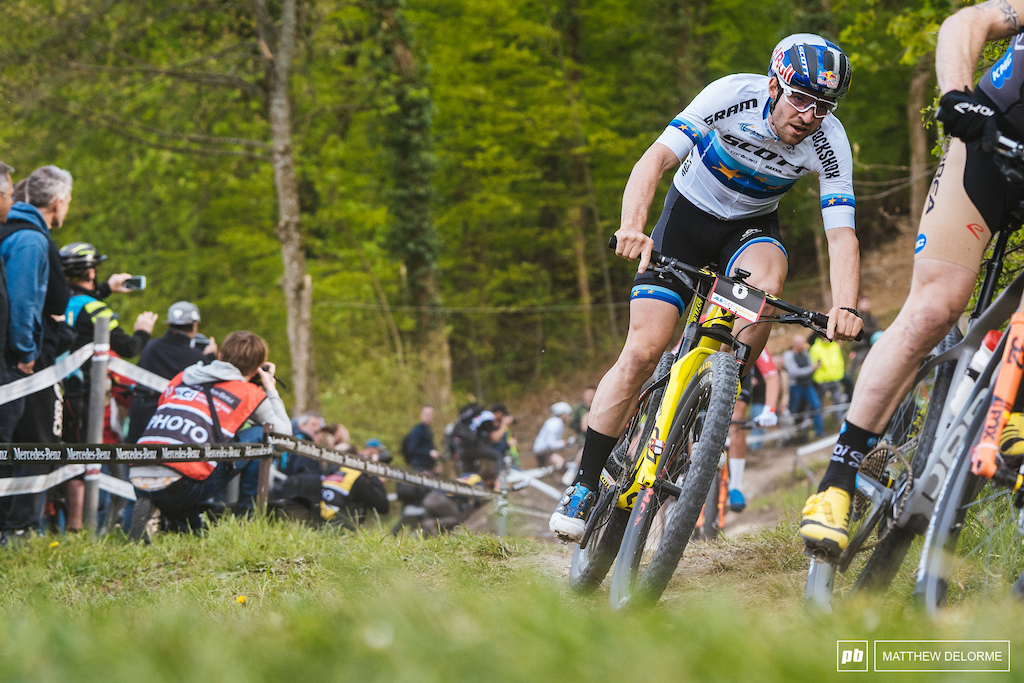 Most of the time the Scott Spark 120 as it is more fun than the scale. Road rides with the Addict and when we’re going for gondola or shuttle runs, I take the Ramson.

During my first participation at last years Cape Epic I had a "wow" experience. We usually came into the finish area before 12 o’clock, had lunch, massage and then I did a short walk to the finish line where I saw some riders were still racing. These are so many tough guys and women, loving to ride their bike after work to prepare for the race, digging deep 8 days, spending a lot more time in the saddle than me, making their own bike ready again for the next day and sleeping in a tent. Big respect.

I always enjoy outdoor sports. Skiing tours, cross-country skiing, hiking, surfing and road motorcycle. Besides that, I like spending time with my girlfriend and friends plus I’m a food enthusiast.

What do you do to rest and recover after a race?

Usually, I do a longer easy ride the day after a race to get the lactate out of my legs and afterwards I have a day off. Massage, stretching and doing something where I don’t think about biking to recover my head as well. 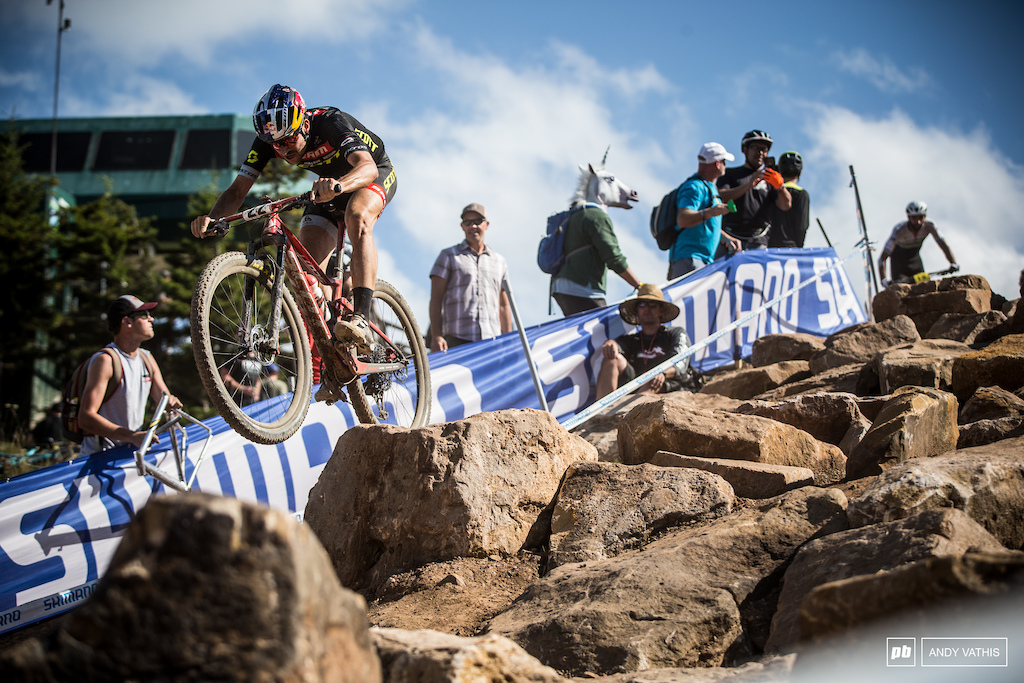 What advice would you give to someone trying to get into racing?

Don’t lose the fun, have good people around you who support you, train hard and don’t think you’re a loser when you didn’t reach your goals at the first try.

How do you get focused before a race?

Riding a loop on track in my head and thinking about the best case what could happen during the race.

Where do you think the future of xc racing is headed?

The tracks are getting more technical year by year and our Team is already racing with 120mm RockShox suspension and 2.40 Maxxis tyres at most of the races. With these bikes we could soon do a Enduro race in between the short track and cross-country race.

You were having a great race in Albstadt at the beginning of 2019 until a couple of crashes finished your race, how did that race feel to you?

After a very good spring with the win together with Nino at the Cape Epic in South Africa and some international cross-country wins, I came with a very good shape into the world cup start. It began with a small crash followed by 2 bigger ones, which took me out of the race and missing further races. I’m not sure what went wrong this day, probably it wasn’t mine. After the race, I wanted to come back as soon as possible, rushed a bit too much and had then some mental problems because I couldn’t race that well as before and this threw me further back. Luckily, I could fix that at the end of the season.

Looking at the end of the season in Snowshoe you took your first Elite win, how did it feel to win after a tough start to the season?

That was really a salvation of a bad summer. After I fixed everything and took a win in Muttenz, Switzerland at an international race, I again came with a good feeling into MSA World Champs but unfortunately, I’ve lost my pedal there in the race. That hit me down again, but nevertheless we had a great time with the team in Snowshoe and I just wanted to show one more time what I’m capable of. Honestly, I didn’t expect that this will be my first Elite win.

How were you feeling coming into the 2020 season?

We had a good Winter at home, which allowed us to train always in good conditions. In January I went to a training camp with the Swiss National Team to Gran Canaria and in February with my Scott-Sram team to South Africa. Things went really well, I felt better as last year, recovered very well after hard training and had some personal bests at the performance tests from the beginning of March.

What races that you were planning on doing that have been cancelled?

We wanted to take it easy and not going to other races before the Cape Epic. Some races already got cancelled before we were flying to South Africa, but because there were no problems in sight, we still had some hope left to race. Finally, the race got cancelled two days before the start. At first, I was very disappointed but then when we had a closer look at what was going, it was the right decision. 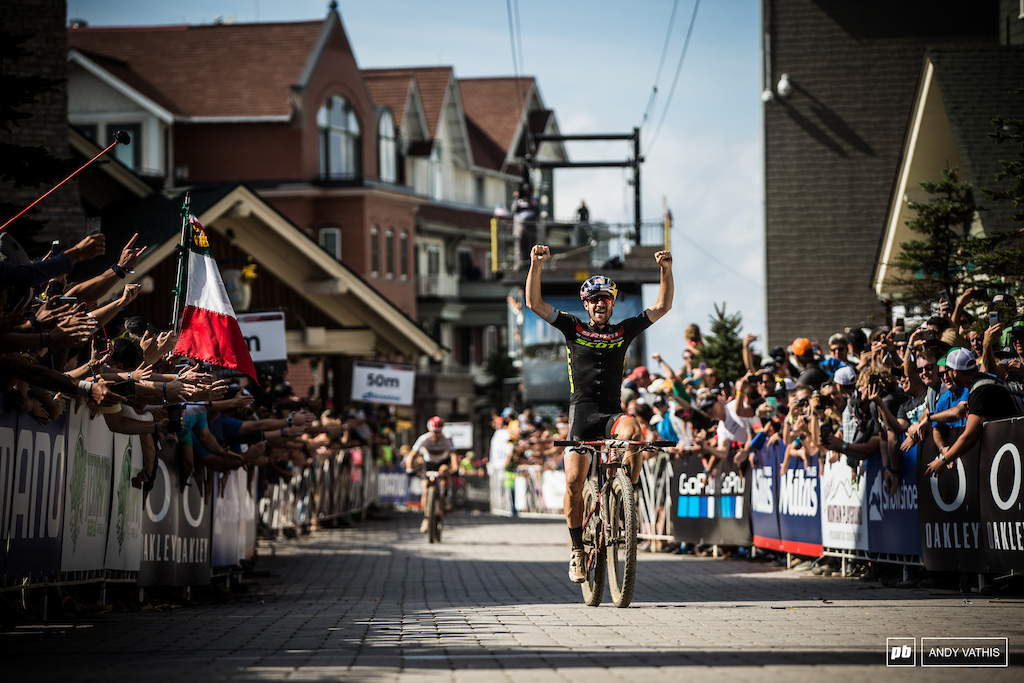 The Olympics have been moved to next year, what are your thoughts on that?

In my opinion it is the right decision, because at the moment some athletes can’t even do their sport anymore. In addition, there would have been no more races before the Olympics so it would have been nearly impossible to select the athletes.

How are you staying motivated not knowing when your next race will be?

It is hard! I had some voices in me when I did a hard training, who were asking me for what am I doing this. These voices are also showing up during races but then it is easier to answer. My answer now is “get myself in the best possible shape until July and hopefully pedal away from the other riders in races again”. Just riding your bike, having fun and don’t think about training helps the most.

What has and hasn't changed with your training?

In Switzerland we are still allowed to train outside, but alone. Luckily, my Girlfriend is a good rider as well and because she isn’t allowed to work at the moment, I spend a lot of time riding with her. The gyms are closed too, so I have to do my exercises at home where I do not have a big infrastructure but with a little improvisation it works pretty well. In my opinion the training on the bike counts more than the hours in the gym.

What are you doing to protect yourself from getting the virus?

Following the rules of our Government, staying home and train alone or with my girlfriend. Hopefully, everyone is following that so we can flatten the virus and come back to our "normal" life again soon.

Posted In:
Interviews Getting To Know Lars Forster

ilyamaksimov (Apr 17, 2020 at 4:56)
sure yes. This was the last race, Nino already earned points for the champion and made a gift to Lars to strengthen his psychic self-confidence

kazwei (Apr 17, 2020 at 5:21)
I don't think so, Nino had to push hard after his defect and he was leading pretty much all the time when with Lars and in the end it was just too tough against Lars