Reece Potter
Reece Potter is a down to earth 25 year-old resident of Queenstown, NZ. Working 9 hour days in a building apprenticeship, Reece still manages to get to the gym and out for a ride every day. Following in the the path of the old style huckers before him, he sends the gaps that would make you and I cringe in fear. We chat with Reece about his custom painted Carbon Jack and Darkmatter, how he joined up with Antidote Bikes, and his plans for the future.

I’m a 25 year old Kiwi who has been riding bikes for the last 12 years. I’m a part-time Downhill racer, part-time Enduro specialist, and part-time hucker. In the winter months, I just pretend that I'm better at skiing than I really am.

I am originally from Takaka (the commune), which is pretty much the most hippy town in New Zealand. But I've been living in Queenstown since the age of 18.

I’d say I'm pretty good at spotting gaps that the majority of riders wouldn't even consider. I've also spent many years racing downhill, so I'm not too bad against the clock.

It's not mountain bike related but I have one hell of a sweet tooth, I’d do anything for a pack of biscuits. In relation to biking, I've always sucked at manuals, pretty sure everybody can do them except me.

Usually I get up at about 5am and go to the gym, then go to work for 9 hours as I am completing my building apprenticeship. For the evening it's usually either downhill laps or a trail ride but I am partial to lake-chilling and often find myself caught in the faff. 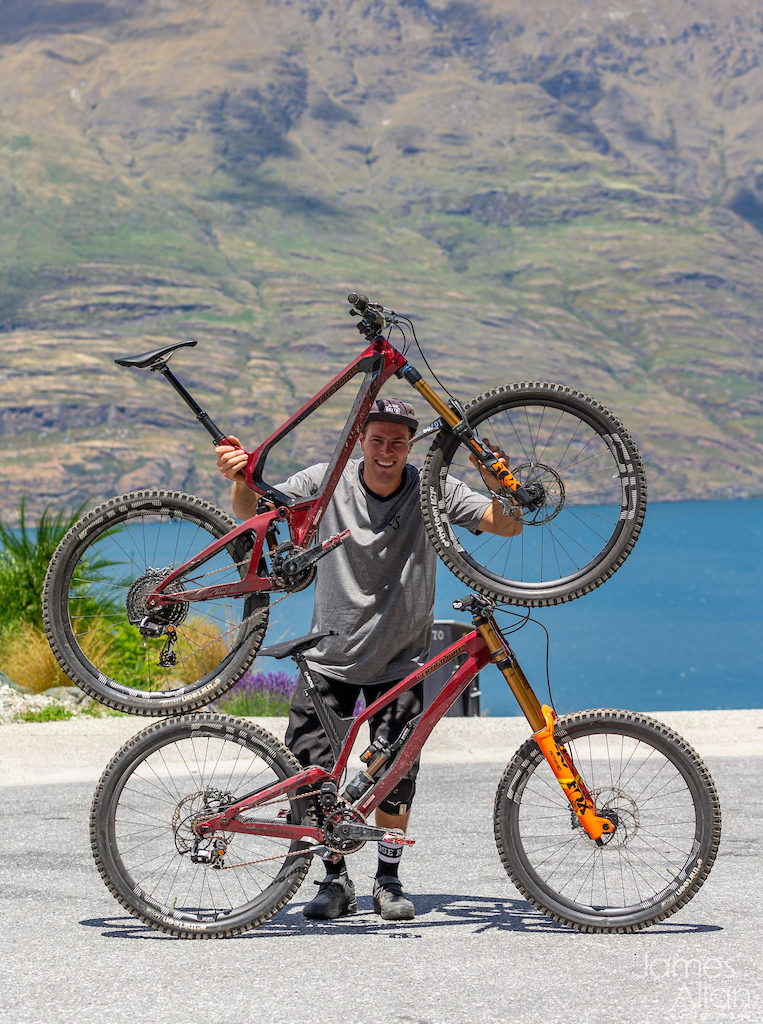 The crash where I broke my femur filming “Reece Potter takes Flight”. When it snapped the bone managed to sever one of the nerve branches in my lower quad muscle. This caused the receptors on the lower third of my quad to stop receiving messages causing muscle loss and now I have a funny looking leg. Luckily it hasn’t caused any other issues and the surrounding muscles have just compensated, so I don’t even notice it. 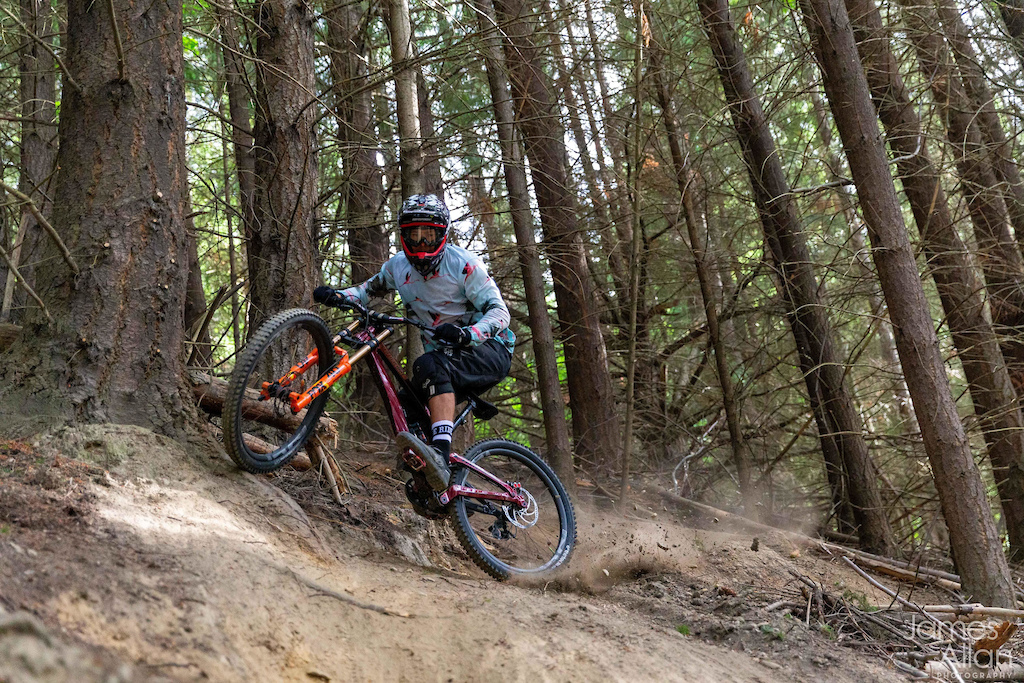 How did you get involved with Antidote Bikes?

Kinda funny actually, I was just scrolling through Pinkbike and you guys had posted an article from Eurobike on the Darkmatter. I honestly thought it was the coolest looking bike, so I sent them an email to see if they were interested in helping me out. I honestly didn’t even think I would get a reply. However I was wrong and now here we are today.

You have a few custom painted bikes, could you tell us about those?

Sure do! Antidote Bikes are an awesome company, the first year I rode for them the Darkmatter they sent out to NZ had a custom paint job that was a complete surprise and it turned out epic. This year I got to choose so I went for maroon. It’s different and there are very few bikes in the industry this color. 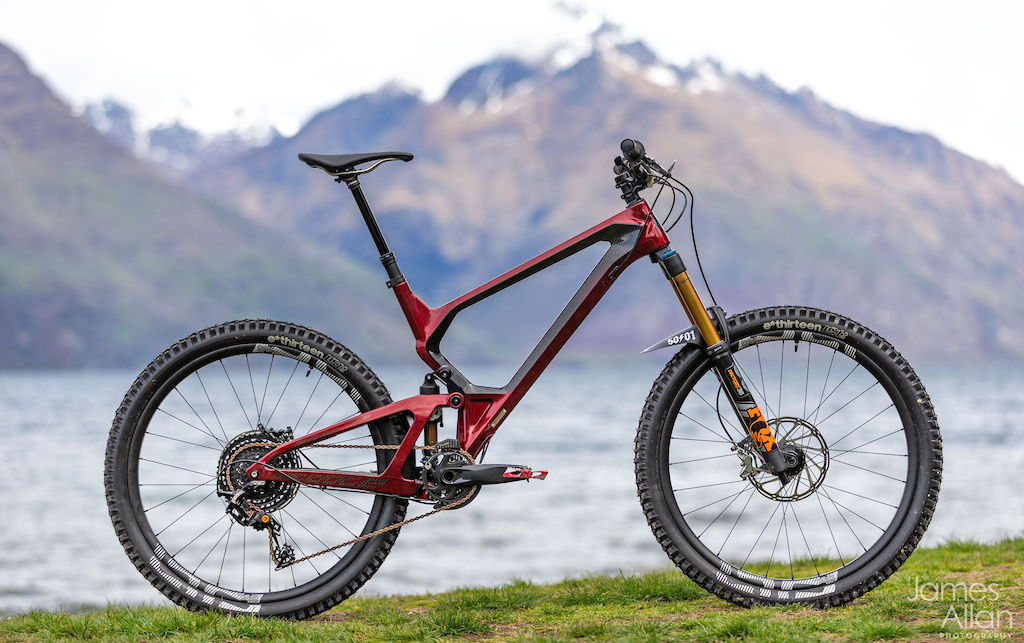 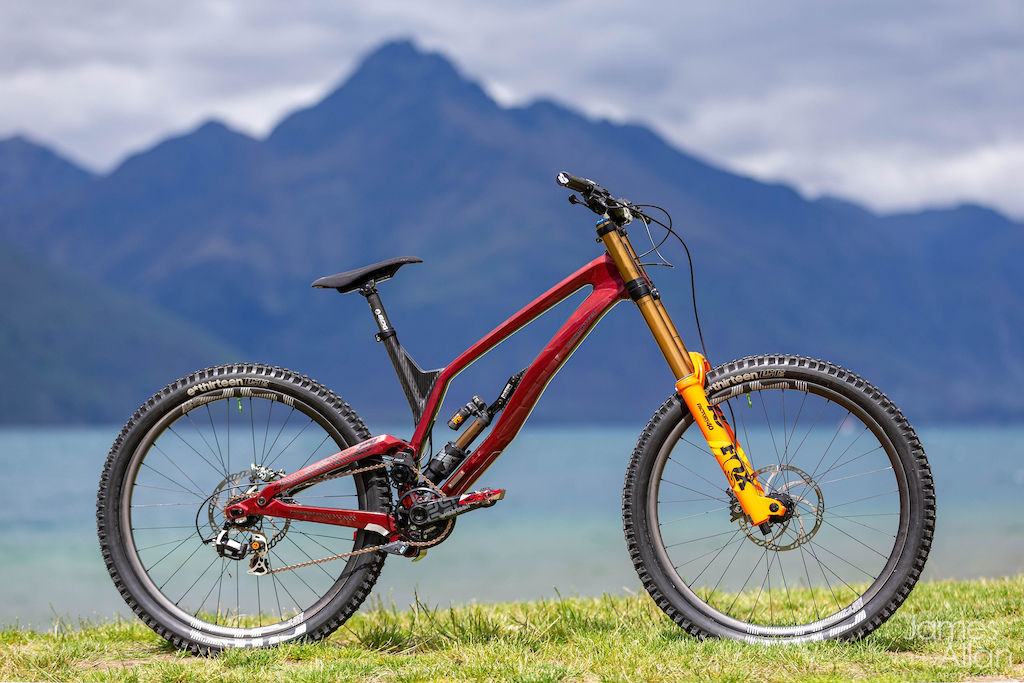 Honestly, if I had to pick one track it would have to be Schladming. The dirt and corners are insane and I have great memories from riding there. But I am biased and believe Queenstown has some of the best riding in the world. There's a huge variety of riding, from dream track and dirt jumps, to downhill and trail riding.

Do you have any big projects or trips planned for 2019?

No trips planned as of yet sadly, it's hard to escape the Queenstown bubble. I definitely have some cool filming projects in the pipeline that I am looking forward to.

When I was a young whipper-snapper, I began riding BMX at the Takaka skate park as there wasn’t a whole lot else to do (small town syndrome). I slowly progressed to some XC and trail riding and looked up to the older guys hanging around the local shop with their downhill bikes. I was probably one of the most uncool riders around, with an old flogged out Kona and narrow bars. Big thanks to Leo and Veronique Sandler for helping change that. 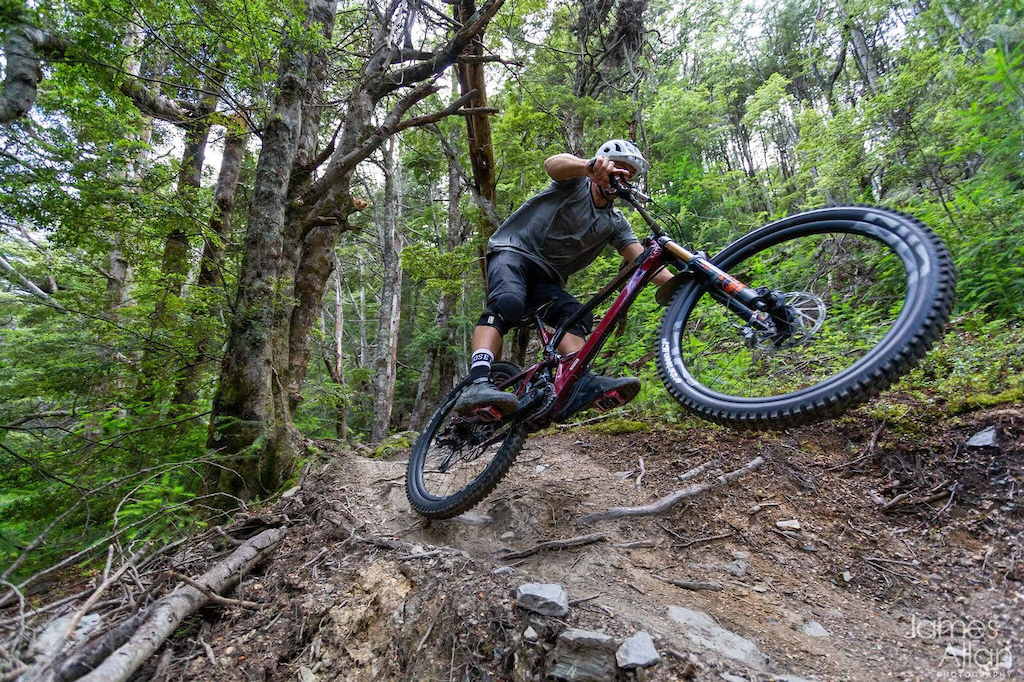 I don’t have a favorite individual in particular. I think that any pro who is down to earth and doesn't take themselves too seriously but also makes time to talk to the underdogs, privateers and fans is a winner in my eyes.

To be honest, you’ll probably laugh at this, but the 3 focus trailer and “why we love downhill” video have always been motivating. Give them a watch before you go for a ride and you’ll be amped. No slow mo just old school fast, loose riding and Hill was on top (of the downhill world).

I love skiing, however I do get a bit depressed watching how good the top athletes are. I feel like trying other sports makes you appreciate how talented and skilled other athletes are.

What’s something you believe that other people think is crazy?

This isn’t something I believe but is a fact I recently acquired... believe it or not the Mongolian navy once consisted of only a tug boat and seven men!

“What's the worst that can happen”… I’ve stopped saying it though, as that's what I said before I broke my leg. 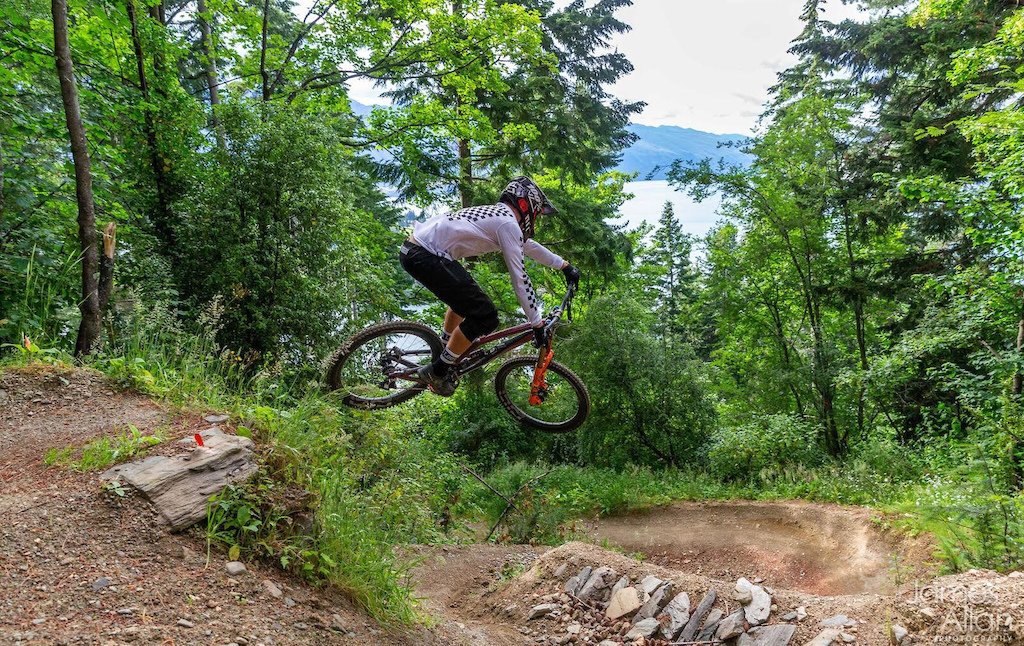 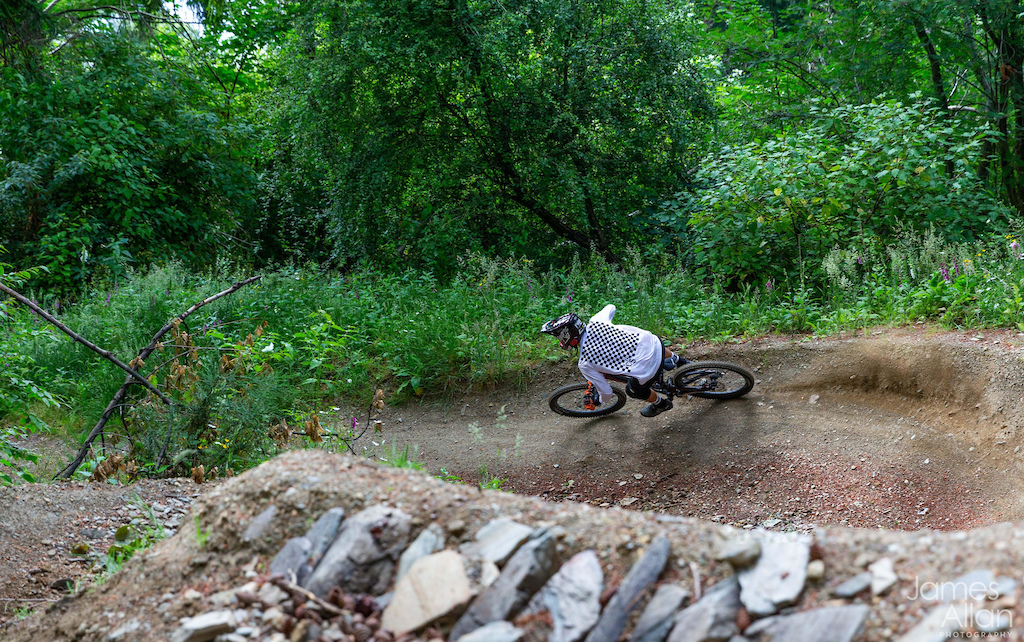 Bad drivers! No shortage of them in Queenstown.

The feeling after pioneering a gap for the first time. The nerves before it and the feeling of relief after.

Where do you think the future of freeride is headed?

Honestly, I would guess bigger, better, and badder. #gobigorgohome

I’d love to be a professional mountain biker in the first place, but I am swinging the Estwing hammer 45 hours a week. If I wasn't using all my spare time to go riding I reckon I would be a ski-bum or maybe go island hopping and surfing. Disclaimer: I can’t actually surf, but it looks cool and is something I would like to learn.

What does the future hold for Reece Potter?

Hopefully, get qualified in building and then the world is my oyster. Do some more traveling, riding, and hucking in new places all over the world. I would also be keen to compete in the mega avalanche at some point! 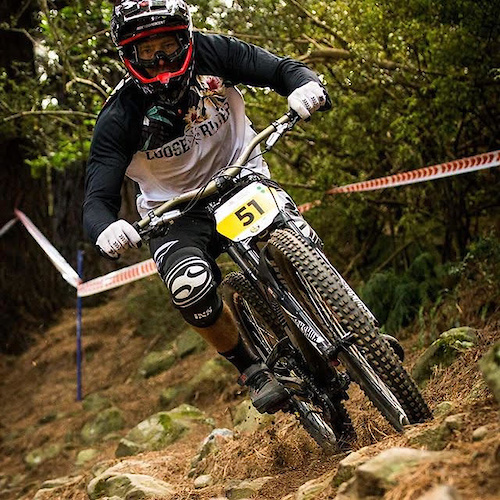 
Posted In:
Interviews Getting To Know Reece Potter

mtbikeaddict (Feb 18, 2019 at 10:12)
Likes hucking every weird gap possible, has a huge sweet tooth, wants to travel the world and race the Mega, knows trivia, is annoyed by bad drivers, freeriding makes him happy... same! But I can't quite corner or jump like that yet.

Rubberelli (Feb 18, 2019 at 18:51)
It would have been a lot cooler if we had gotten a new Reece edit with the story! Also, how do you do a story on him without pointing out that he made one of the greatest MTB videos of all time? www.pinkbike.com/news/reece-potter-and-the-rocket-take-flight.html

If you want a DH bike that rides with ease and lightness of a Enduro but becomes a DH bike when needed... look no more. Swift, poppy, yet ready to gobble. It is 3ft too short and 5 degress too steep off course but if anyone feels like they need more info on these bikes you know where to find me... #shameless #shilling #darkmatters

Also, shit luck @ the Cardrona Mega Reece, destroying a linkage like that... Damn.

endurogan (Feb 19, 2019 at 4:12)
Swinging a hammer 45 hours a week and owns an estwing? Get a stilleto save your joints. Unless this is part of your training program?

leviatanouroboro (Feb 18, 2019 at 16:59)
One of my favorite riders and some of the nicest looking bikes out there.