Getting to Know: The 11 Year Old Competing in the FMB Tour - Finley Davies

Finley Davies
What is it with the UK and wonderkids at the moment? If it isn't Harry Schofield crushing it in Tea and Biscuits or Crosby Zoomerman hitting big doubles then it's Finley Davies being the youngest competitor in the FMB Dirt Wars contests.

Finley is 11 years old but has been competing in the Open category of the UK's premier dirt jump series, which is rated as bronze level by the FMB, since he was 9. At his first event, he was almost turned away as the insurance only covered riders 13 and older. However, the organisers were so impressed with Finley's skills, they upgraded their cover on the spot to allow him to compete. He finished 4th in that event and went on to finish 3rd overall for the series that year.

Two years later, Finley is still progressing and has now picked up sponsorship deals from Commencal, Halo, Gusset, Ride Concepts, Ride 100% and Madison. We caught up with the dirt jump phenom to get to know him a bit better. 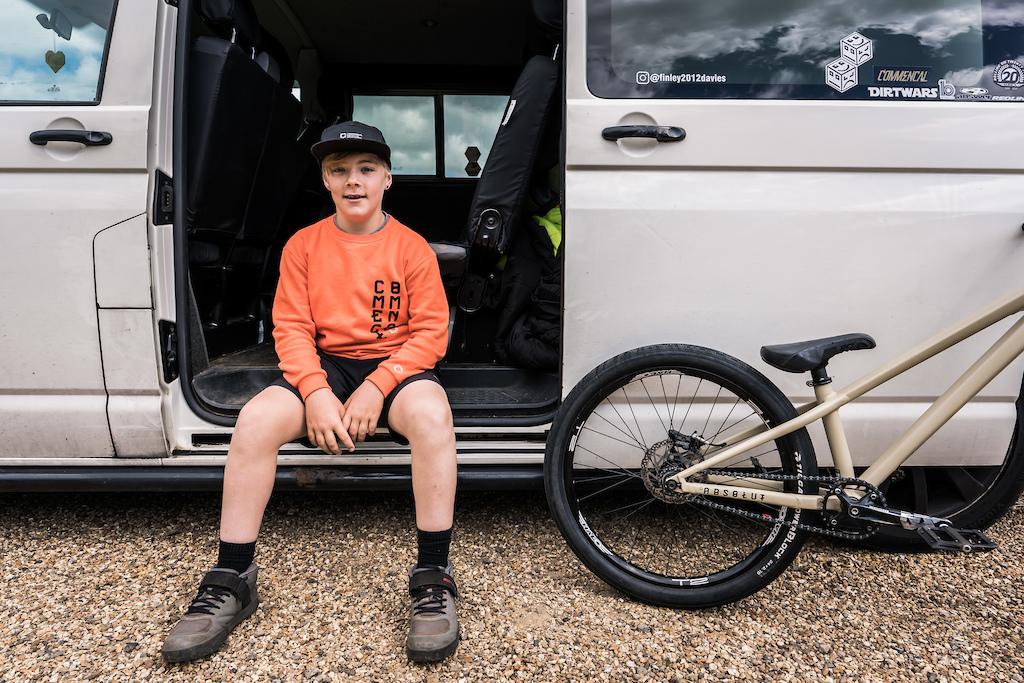 I am 11 years old, from Buckinghamshire, United Kingdom.

I got into mountain biking from riding BMX bikes for racing and skateparks, this is where I learnt the basics and soon moved onto riding in the woods and discovering MTB.

One of my first big sponsors was Halo wheels, I now have support from Commencal Bikes, Gusset, Ride Concepts, Ride 100 Percent, Maddison Clothing.

My rides for this season were the Commencal Clash 27.5, and the 24” Meta hardtail. My new ride is a custom 24” Commencal absolut DJ bike. 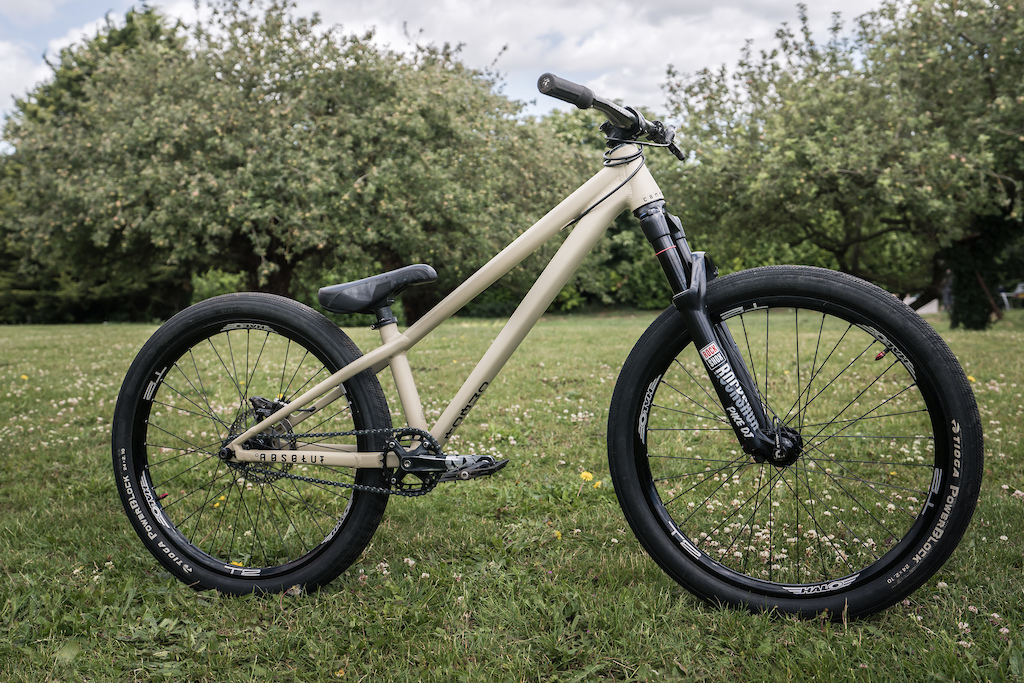 How did your custom bike come about?

Being a UK rider we found that we couldn’t get a 24” dirt jump specific bike, so we asked Commencal if they could design one for me and other young riders and they said yes!
The absolut 24” build is designed around the 26” absolut for adult riders, and the scaled-down version has everything I wanted in a junior DJ, such as DJ geometry, 24” wheels, 26” forks and built to stand the strength of riding huge jumps. 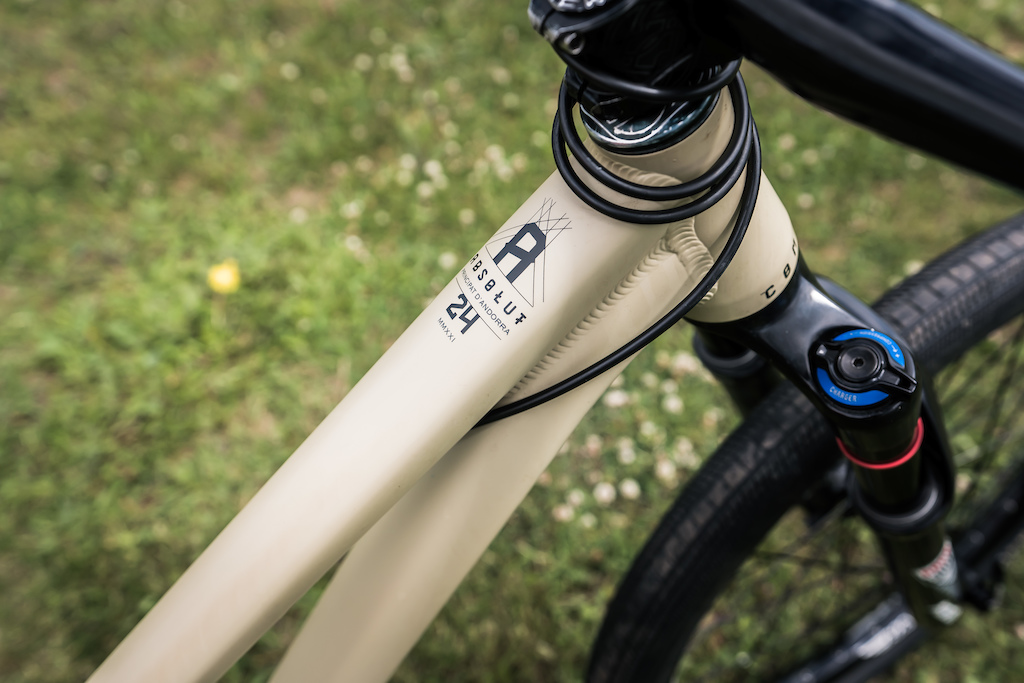 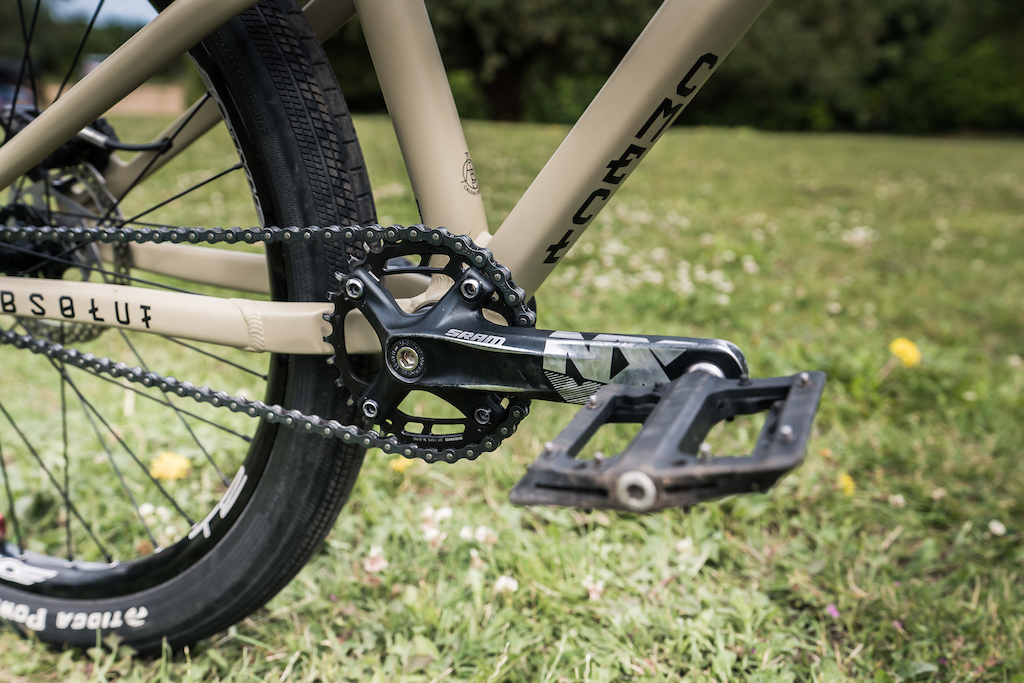 What's it like competing at FMB events as an 11-year-old?

My dirt jump riding started when I rode FMB competitions, I love competing in these and riding with the pros, learning new courses and pushing myself to land perfect tricks for prizes.

If I was to talk about my strengths I would say, people often compliment on how mature I am and that I have a good trails etiquette with a natural talent and an ability to read jumps.

My weaknesses would be my lack of confidence in believing myself in learning new tricks as quickly as others. 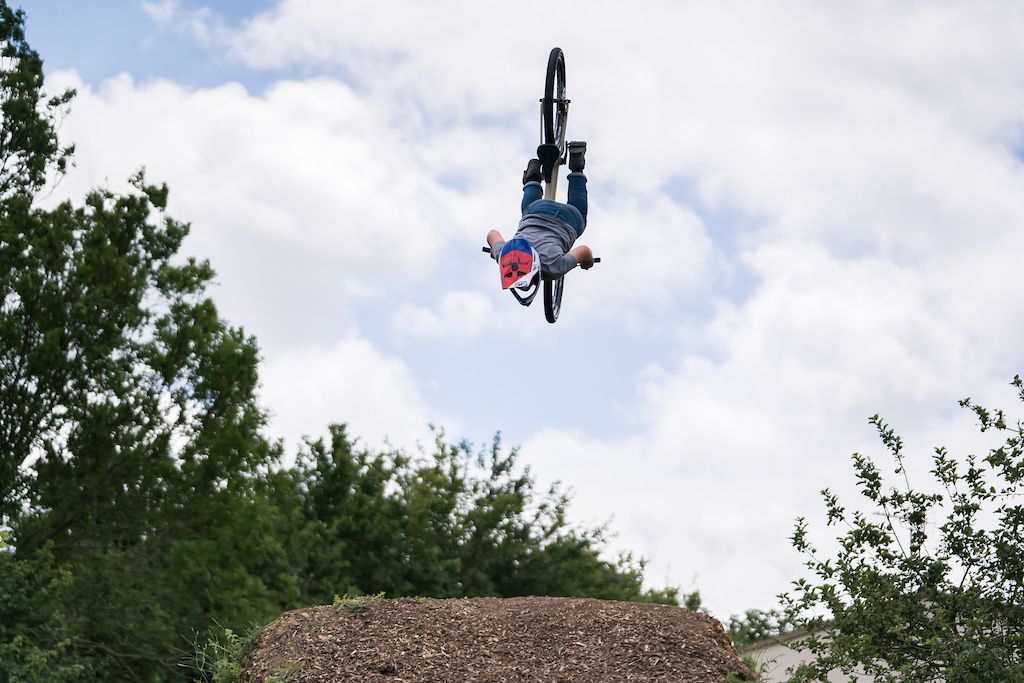 What has been your biggest crash?

During my time riding mtb, I have had a few crashes and injuries, but I would say my worst was knocking my front teeth out trying a double flip! Although it was to foam it hurt far more than my previous accidents.

When I am riding I love to throw old school tricks, and usually a backflip, as I learnt these very soon after my 8th birthday so am comfortable with them now.

My highlight in my MTB history so far is taking a 3rd position in the FMB Series of Dirt Wars overall in my first year of riding dirt jumps at 9 years old. The youngest to ever compete! 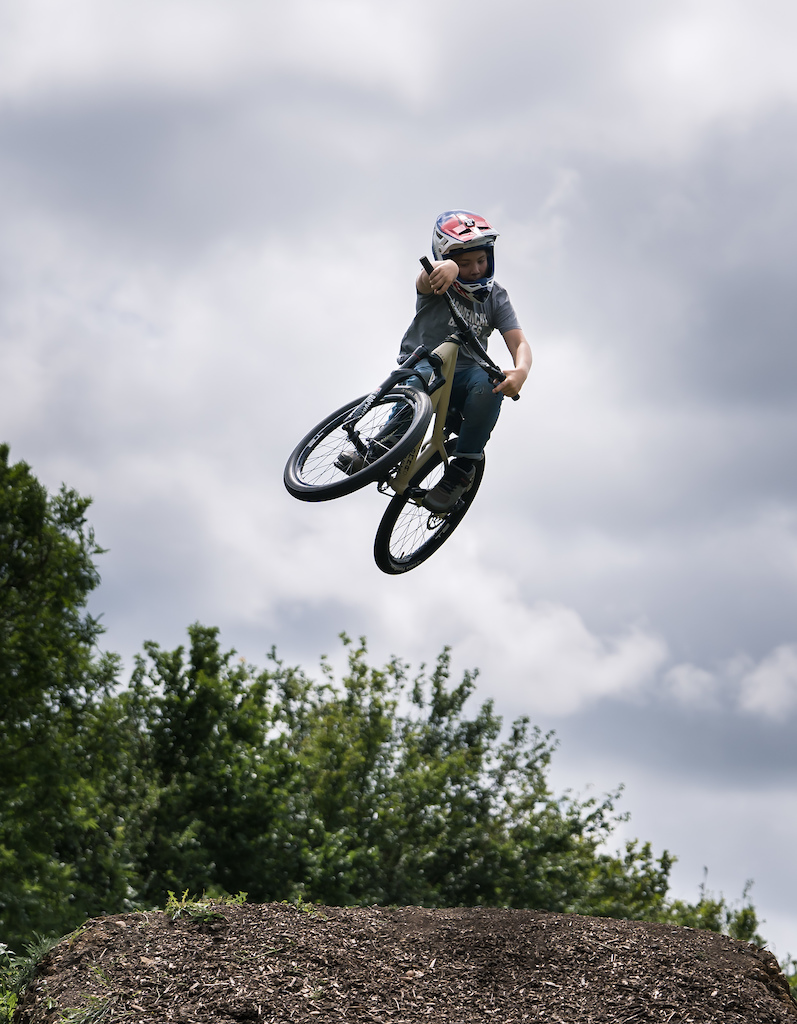 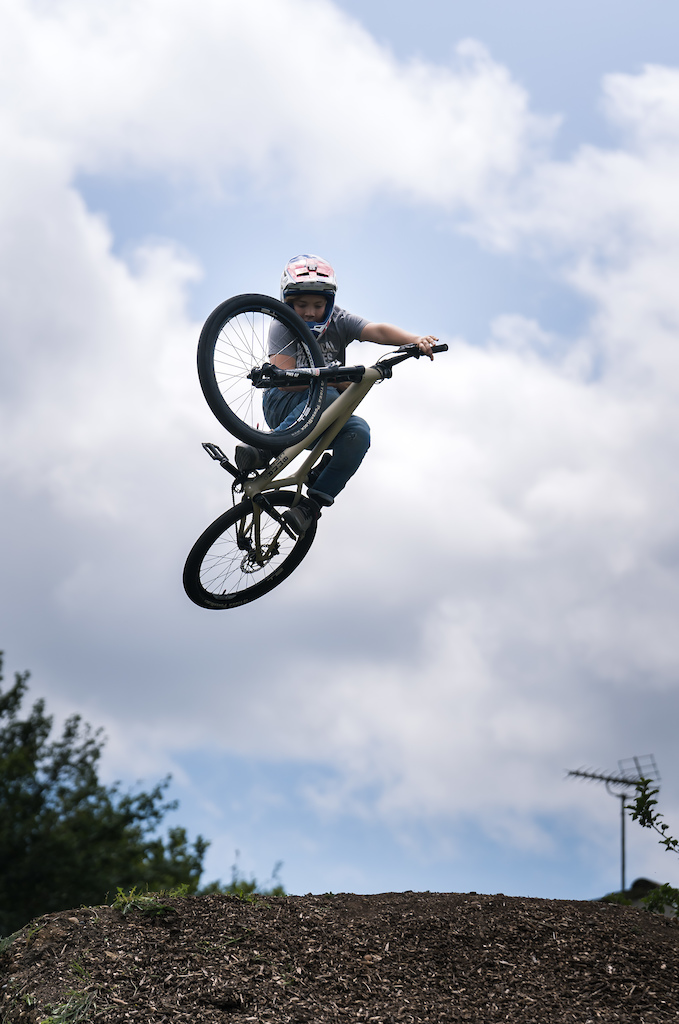 Where's your favourite place to ride?

My favourite place to ride is La Poma bike park Barcelona so far, but I would love to try thousands of more places.

Along with my love for bikes, I also have an admiration for cars, mostly sports cars and spend time researching different models.

What's your motto or saying?

As a rider I haven’t really got a motto or saying yet, the locals have given me a few nicknames though! And Mum would say all she ever hears when I ride is. “ Coming “ as when I set off I like to warn her and people I’m en route! 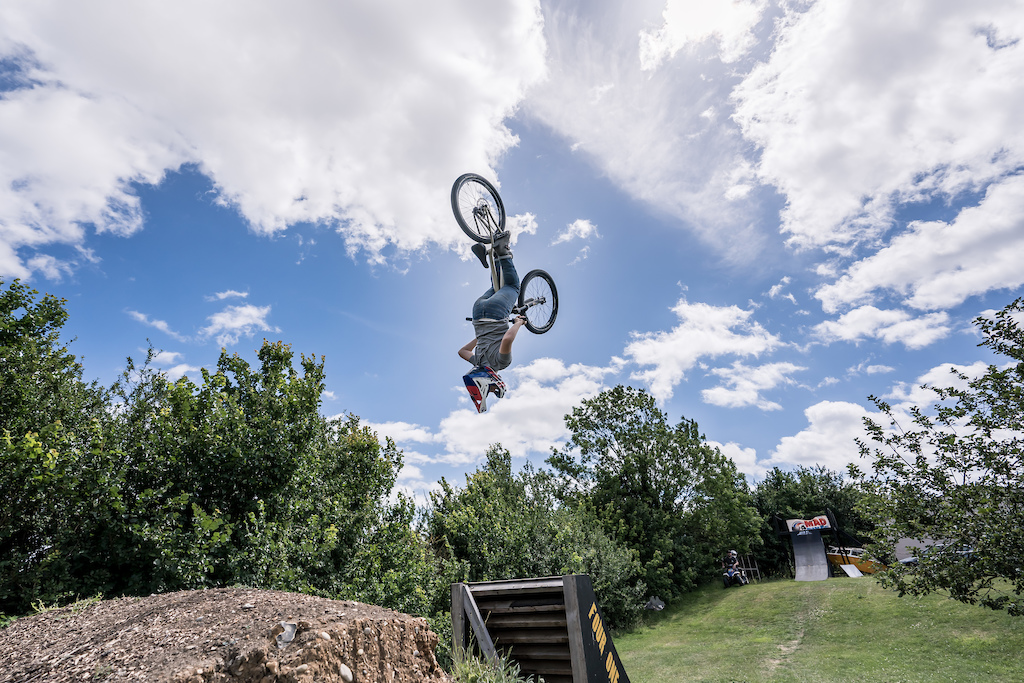 What does the future hold for Finley Davies?

I’d say that I’d like the future to hold a mostly injury-free time, where I can continue to grow as a rider, with the possibilities to ride around the world as I love to travel and eat and ride overseas. Maybe even be lucky enough to get some rider invites along the way. 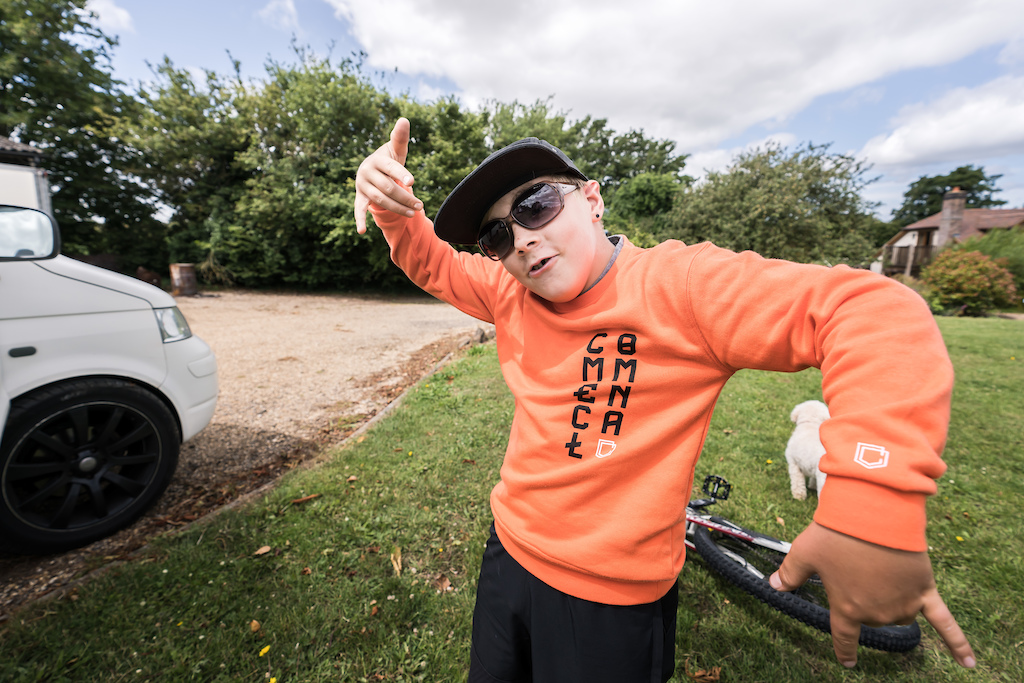 Posted In:
Interviews Getting To Know Commencal Finley Davies

Kramz (Sep 26, 2020 at 5:25)
Meh, it is what it is. Been riding for 29 years, you're never going to be happy in terms of skill. You have to discipline yourself a lot, in my opinion, and also not care a lot. From age five, to age ten, I became very ill. Like I remember being five, and running non-stop for days, then being ten, and being very sickly. I think the main idea, is that you make an effort, in any form. Like; you can't do what you can't do, and as a person, you're never going to achieve what you want, in terms of, like, there's probably animals out there, and they don't want to see a person more successful than them, obviously. Could you imagine? "Oh freaking Takabolo the ape can't even do that". Takabolo won't let that happen, guaranteed, 100%. It's a bit like if a dog was more successful than a wolf, first off, it's never going to happen, maybe in one very specialized area, and second off, the dog's not going to be around long, unfortunately.

ImageDesignCustom (Sep 24, 2020 at 2:54)
Should also read..... "and now has a dope AF helmet from Image Design Custom!" This kids gonna go far. We're stoked to support the little ripper!

Reading the answers though its clear Finley is very mature for his age; skills and brains, should have a good future.

Svinyard (Sep 24, 2020 at 9:47)
@finley2012davies: Very cool, can't thank you enough. Any idea if the stock wheels are nice and not super heavy? It's nearly impossible to see about wheel weight/quality these days. The we have JUnit forks already and REALLY like those (gotta love Manitou/Hayes...insane support for the kids). The price for that DJ build is pretty nice assuming the wheels are decent.

finley2012davies (Sep 24, 2020 at 10:07)
@Svinyard: Sorry no clue on the wheels , as have a wheel support in place , but the previous builds from there brand have come with good brands such as sun ringle , so I can only assume they wouldn’t stick junk on them .
Also changing the tyres can have a big impact on weight , stick some lightweight 24” cruiser tyres on slick and less weight !

cancankid (Sep 24, 2020 at 2:35)
I'd say "one of the best up and coming" Uk dirt jumpers not "one of the best" thats doing a huge dishonesty to the likes of Freddy, Cam, Sam, Zac,myself and others who ride in Pro in the Uk! But he certainly does have a lotf talent for a younger rider!

cancankid (Sep 24, 2020 at 3:23) (Below Threshold)
@ctd07: no roost in dirt jump buddy! he's good but you can't head an article by claiming to be one of the best Uk dirt jumpers 2 years into riding the discipline.

chriskneeland (Sep 24, 2020 at 3:49) (Below Threshold)
You just have to get on Commencal and have a fake news article written about you only showing your bike four days after it's announced.

The article is aimed at young guns and talks only about pro kids ,

Us kids look up to the older pros dude , it’s where we learn

chriskneeland (Sep 24, 2020 at 6:17)
@Gilly009: Nah, probably just pissed that PB is an industry shill that doesn't get out and acknowledge real talent.

Bikerdude137 (Sep 26, 2020 at 17:38)
@chriskneeland: search for his instagram then don't come back, none of us will miss you since you always seem to have something bad to say