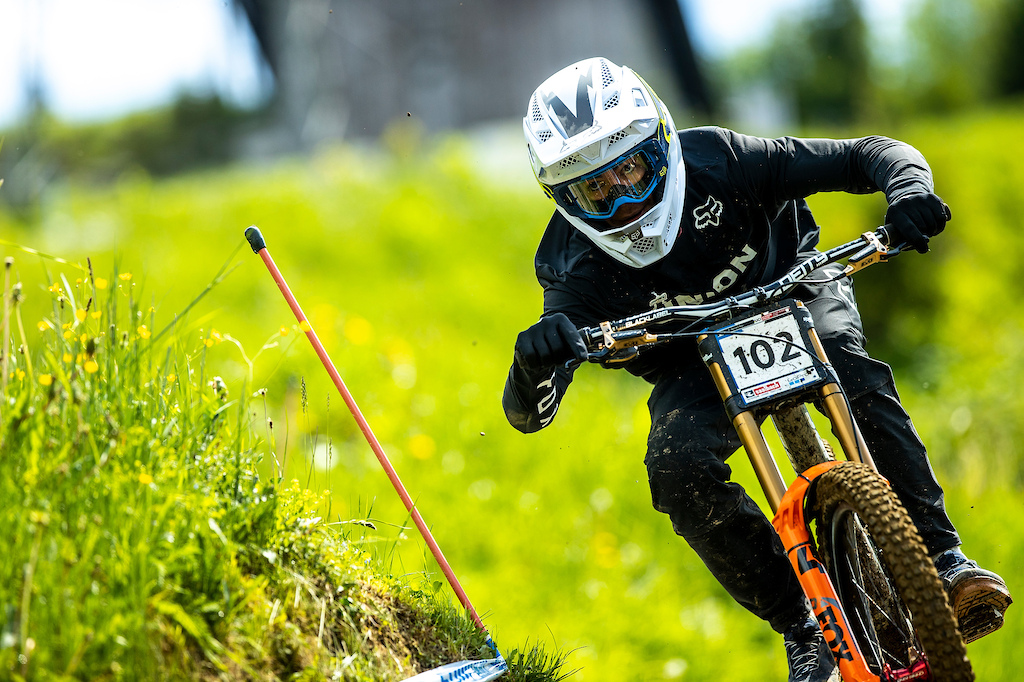 Hailing from the north island of New Zealand, Tuhoto Ariki made big waves in the downhill scene as a junior privateer in 2019 with a bronze medal at the World Championships, held in Mont-Saint-Anne, Canada. Fast forward to 2021, in his first year racing in elite at the World Cup level, when he scored 22nd at the recent Maribor, Slovenia round. The young Maori shredder also stole the show at the second round of the 2021 iXS European Cup, smoking the 2020 World Cup Champion, Matt Walker, by almost four seconds.

Tuhoto has a strong BMX racing background, speaks two languages, and mixes his time at home with a lot of non-bike activities. His family has been dedicated to his bike racing career and he is very thankful for their support.

Keep an eye out for Tuhoto at the upcoming World Champs in Val di Sol, where he has also claimed a gold medal in the junior category in 2019 as well. 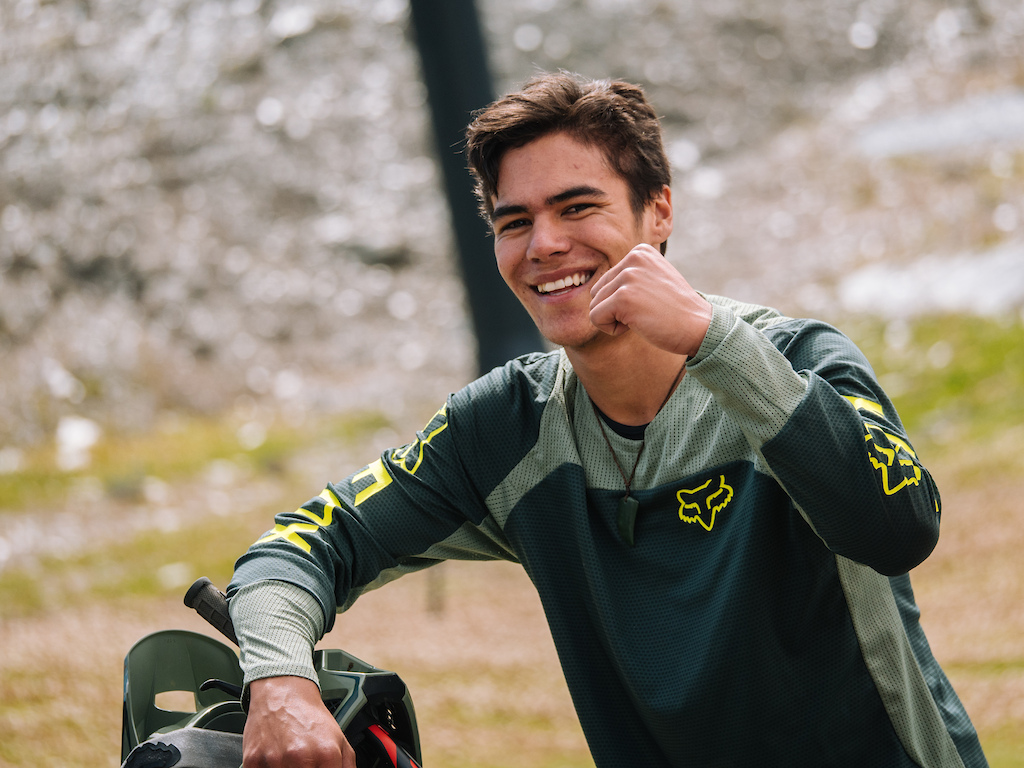 I'm a young Maori from Te Arawa and I live in Rotorua, New Zealand.

I started off racing BMX at a young age. I did my first Nationals at the age of three and continued that throughout my younger years. I claimed a lot of national titles along the way in that sport. Then my dad (slim) started driving the shuttle busses at the Whakarewarewa Forest. My big brother, my cousin, and I would cut lap after lap on our GT Chucker hardtails. From there we slowly transferred our skills from BMX to downhill mountain biking and at a young age we were ripping hard.

A typical day at home would be to wake up early, work all day until 4 or 5pm, then head to the gym after, or go riding. Or you'll catch me at the sea or a lake. I love adventures, so I'm always out doing fun stuff. 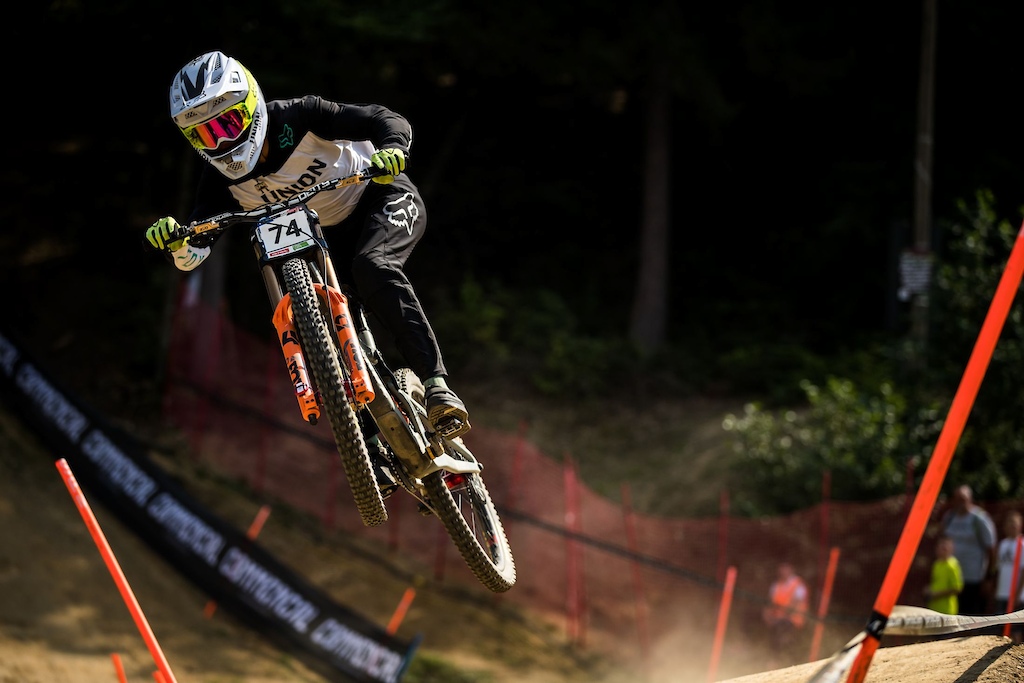 Do you have any sponsors?

I have amazing sponsors - the first main sponsors would be my family! The sacrifices they have made, not just for me, but for all my siblings, is unbelievable. We don't come from much at all. But they always figure something out, so mad love to them. 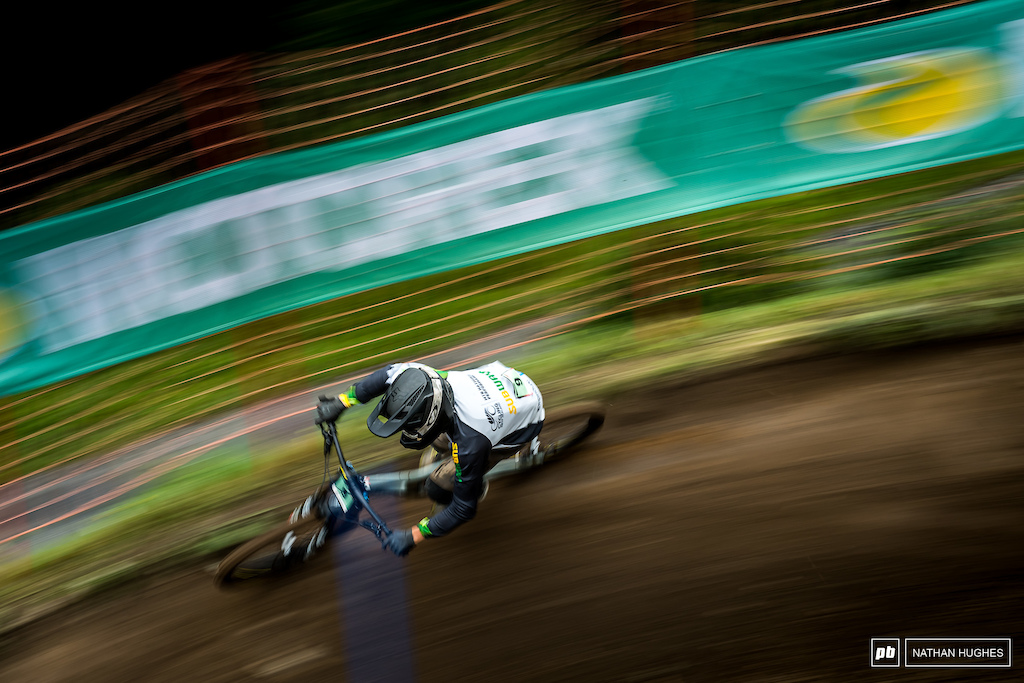 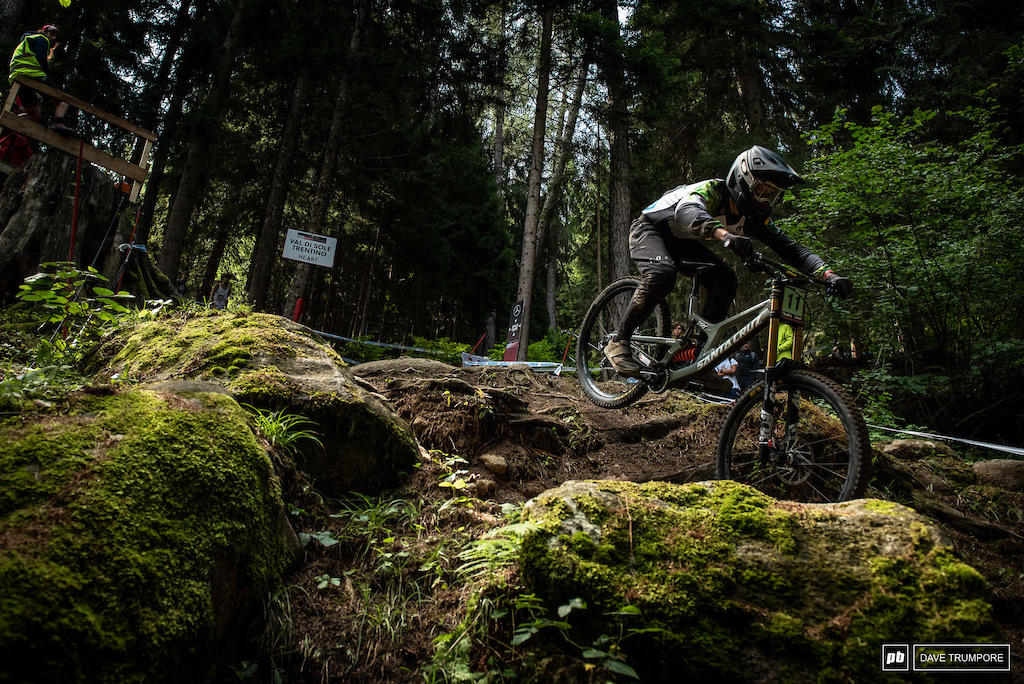 What is your favourite place to ride?

I love riding at home in Rotorua, but Morzine would probably be my next choice. Queenstown is sick too.

My strengths are that I kept my flow from BMX and that I have transferred it to DH - smooth and fast. I can also adapt to other conditions really well.

My weaknesses would probably be organising some stuff behind the scenes. I'm good at organizing stuff right in front of me, but still have a lot to learn.

Have you had any big crashes?

No doubt everyone has had some huge crashes. But I remember one when I was doing a nac-nac and did a fat face plant, which has caused scarring on my face forever, but all good times haha.

Who is your favourite rider?

Greg Minnaar and Loic Bruni. No matter what, they always stop to talk. They are big time pros, but they make time for everyone. And they both have a sick racing style; calm and effortless.

What inspires me is seeing the lifestyle the pro racers live. I can see myself doing that, but the joy of riding overpowers everything. When I'm home, I feel like I'm still eight years old ripping with my older brother like we used to and that brings back good memories.

Do you have a favourite motto or saying? 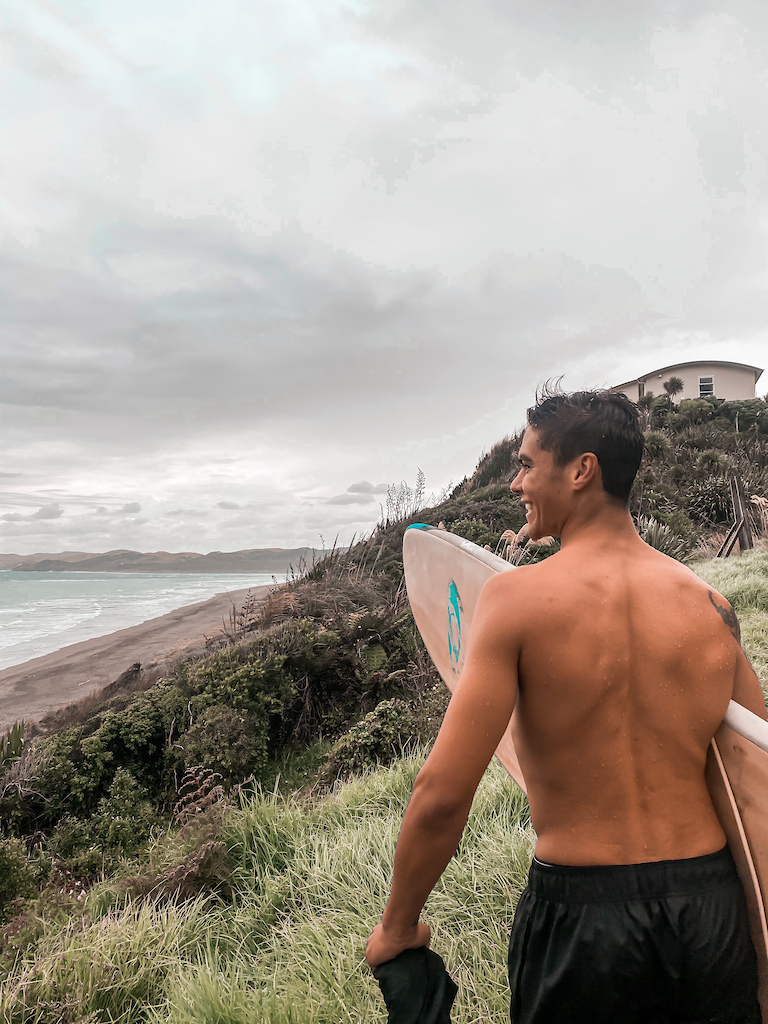 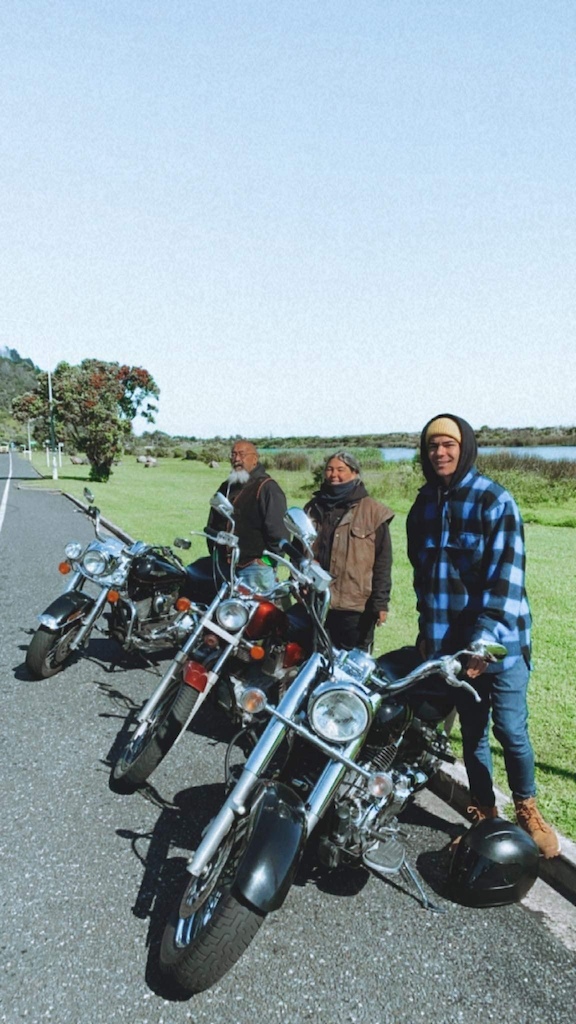 What hobbies do you have outside of biking?

I love swimming, so I also enjoy surfing, diving, and fishing in the sea. I play hockey too and enjoy hunting, exploring, and having good times with the bros.

How did it feel to place 3rd in Junior Men at the 2019 World Championships?

It felt really good, but I had learned valuable lessons. You need to be as fit as possible to race downhill. I lost a few seconds at the bottom - a good lesson alright. And it made me think I may actually be able to make a path for myself in this sport.

You recently placed 22nd at the Maribor WC. Can you describe the race run and the track conditions?

I came into the race feeling chilled out and relaxed, but also excited. The heat was a killer though. The track was high speed and dusty with big holes.

I knew my head had to be strong and focused because it was a technical track from top to bottom. But I felt smooth and strong the whole way down. I made a few mistakes up top, but can't complain because I finished the run pretty strong. So, all in all, I'm super happy to come away with that result and backing up my 16th place from qualifying.

What are/were you goals for the 2021 season?

My goals for the New Zealand 2021 season were to race and change some things by trial and error. I wanted to improve my riding skills and my bike setup, so when I went overseas I could come out firing.

What does the future hold for Tuhoto Ariki?

I'm working hard to join a factory team because racing in Europe season after season can be draining, financially and mentally. My racing puts some pressure on my family at home. They support me, but I want to show them that they didn't sacrifice everything for nothing. But I continue to learn and focus, finding my path on this track to the top one day. 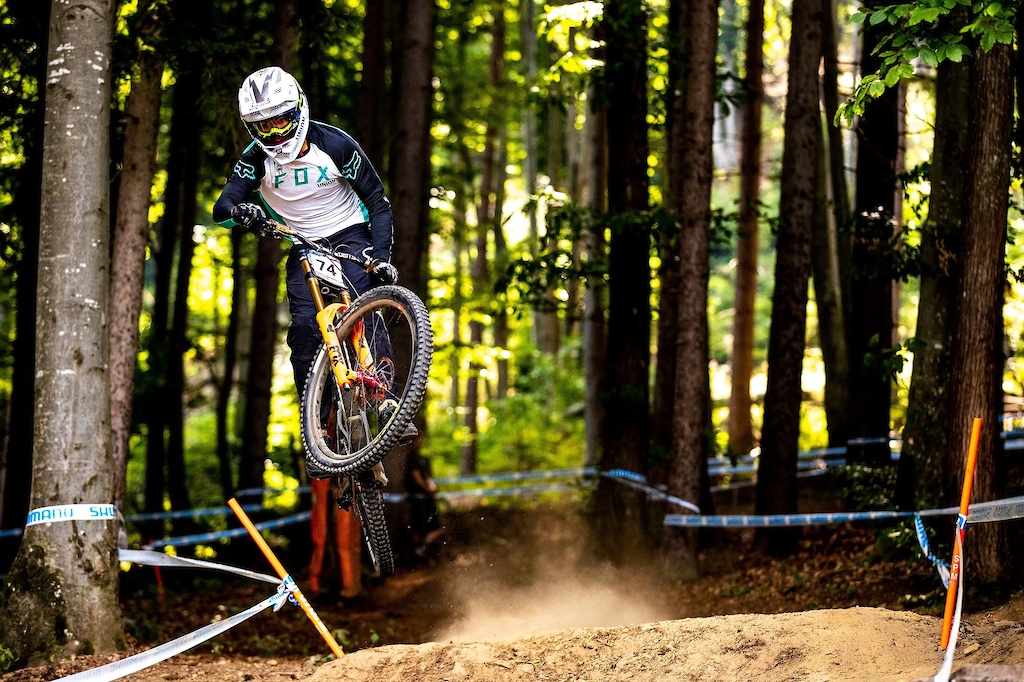 steezysam (Aug 25, 2021 at 14:39)
hadn't heard of this guy til seeing him on the live feed in Maribor. Seems like a class act, and he looked super smooth in his race run (not unlike the favorite riders he mentioned)—I hope someone picks him up and gives him a shot at the big time

ArtOfPassionNZ (Aug 25, 2021 at 23:48)
@darlos-finest-son: It wouldn't surprise me if that happened. He's really genuine in his racing but also as a human towards others.

usfrenchie (Aug 25, 2021 at 14:44)
He always seems so stoked and so humble, awesome personality on top of crazy talent. Following.

rcwellie (Aug 25, 2021 at 16:33)
Aotearoa world domination - check out the women riding the Audi 9s as well! And he is on TV here selling breakfast cereal! When was the last time you saw a mountain biker (especially a DH machine) hit mainstream TV.....

mauudeavila (Aug 25, 2021 at 20:47)
Got the pleasure of sharing a room for a week in Whistler during crankworx with Tuhoto... absolute shredder and the humblest guy. Keep it up mate, all the way to the top!

Losipastika (Aug 25, 2021 at 23:41)
He's been good for while I remember him (5-6 yeas ago) from some race report at PB. He smashed that track in NZ on such an oldschool DH bike.
Last NZ nationals: www.pinkbike.com/news/results-new-zealand-national-dh-series-round-4-coronet-peak.html

ArtOfPassionNZ (Aug 25, 2021 at 23:51)
Whats also fascinating is that Tuhoto has the same traits he described about Greg and Loic. Super nice and incredibly humble, will stop and chat to anyone. Doesn't matter where you come from.

robway (Aug 25, 2021 at 19:08)
I’ve been wanting to know more about this guy, always stoked with a crazy dialect. Keep killing it and good luck on getting factory sponsorship!

adrock-whistler (Aug 25, 2021 at 18:34)
Does anyone else think this guy sounds exactly like Taika Waititi, aka Korg, from the MCU?

RoninXXX (Aug 26, 2021 at 9:43)
First thing I noticed about this guy was his huge smile and general excellent attitude.