We are proud to announce the formation of our new Giant Canada Off-Road Team for 2020. After a hiatus from the Canadian race scene for many years, the introduction of this new team sets out to show the development of our class-leading product in a racing environment. Having supported 2 young racers during the 2019 season, we are expanding the program to include five promising National level prospects. The team has been created to support these youth and junior riders as they look to take the next step in their cycling careers. 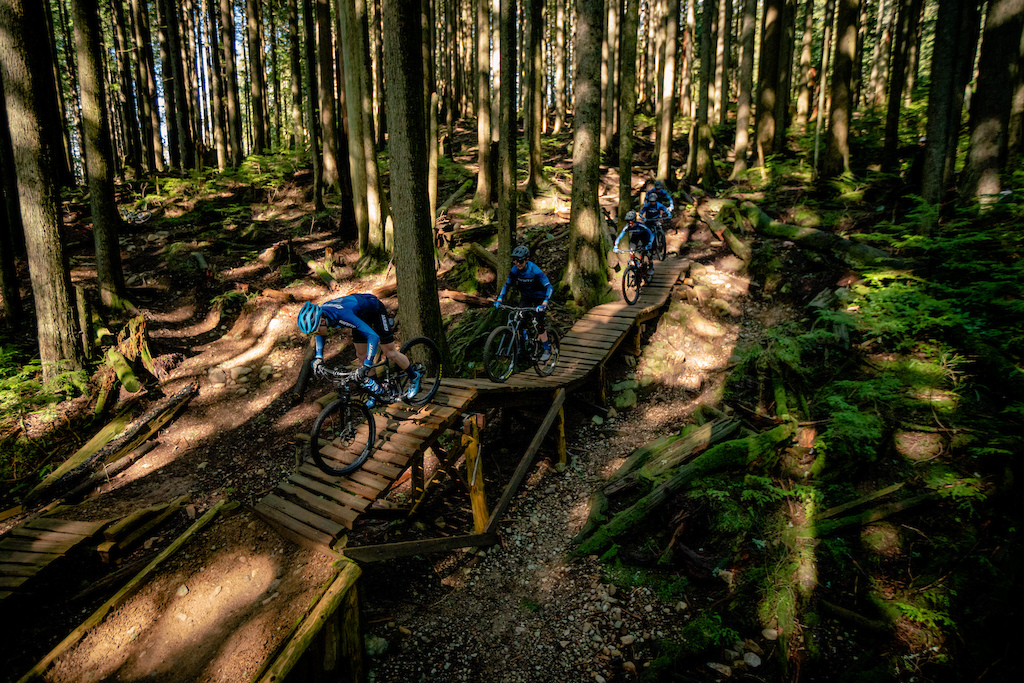 Having spent 2019 racing in Giant Colors, Cody Scott (North Vancouver, BC) will return to spearhead our Cross-Country Junior Team in U-19. Now entering his second season at this level with constant top-10 results his targets will be higher, with the aim of representing Canada at a World Level. Following his breakout season in Cyclocross, we will see him step into U-23 with the motivation to return to Europe and race at the upper levels of the sport. 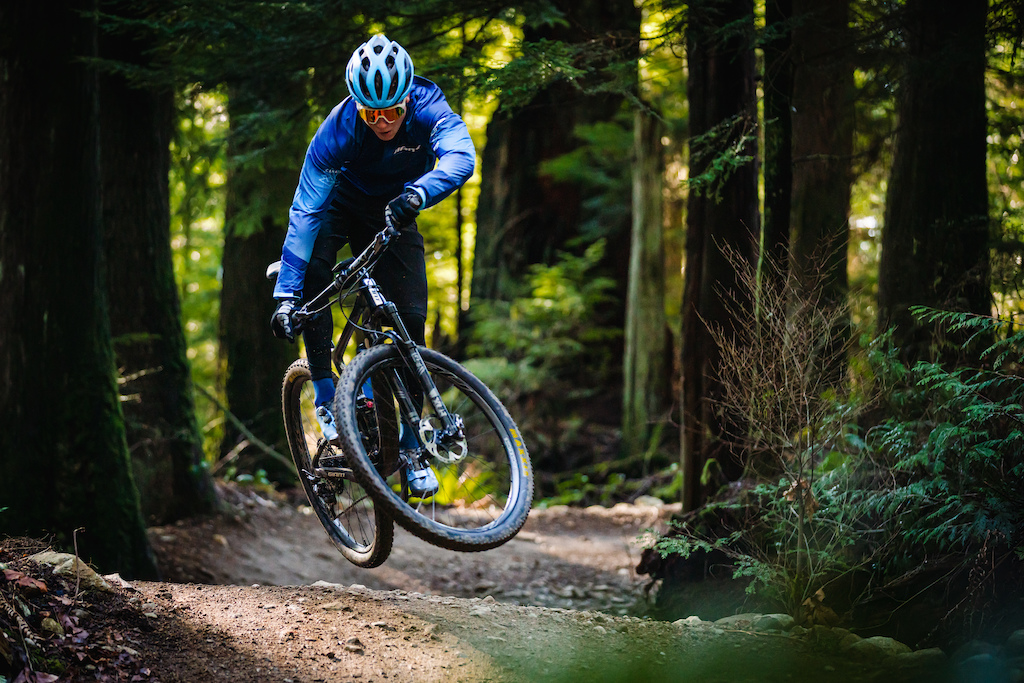 Joining Cody will be Lief Rodgers (Port Moody, BC). Lief has been racing since he was just 7 years old. Starting with BMX he quickly moved to cross country racing. Multi Provincial Champion in many disciplines he makes the move to join Cody at U-19. Both riders will be attending US Open and UCI Junior Events throughout the season. 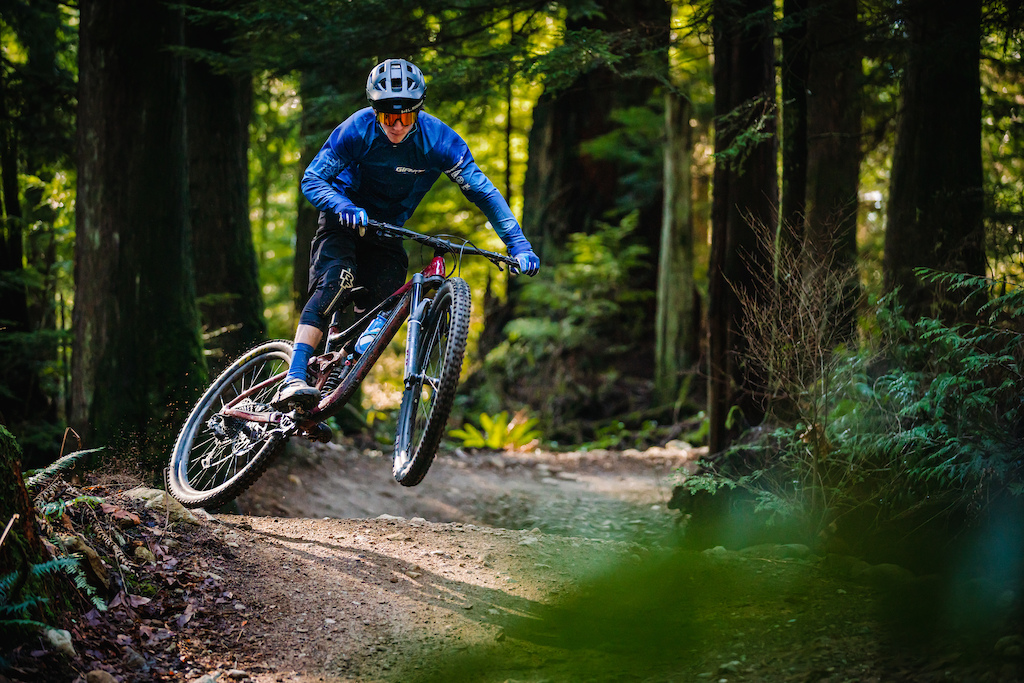 The last rider joining the cross-country team will be Noah Rubuliak (Kelowna, BC). Noah comes from a long line of fast Rubuliak’s (Brother Jacob is the current National TT and CX Champ, Father was BC Provincial Champ) and has been supported by Giant for the last few seasons. He makes the jump to the National Team following a stellar season becoming BC Provincial Champ in XCO/CX and a 2nd place at CX National Championships. Already crowned the U-17 CX Provincial Champion he will ride U-17 in XCO at a National Level. 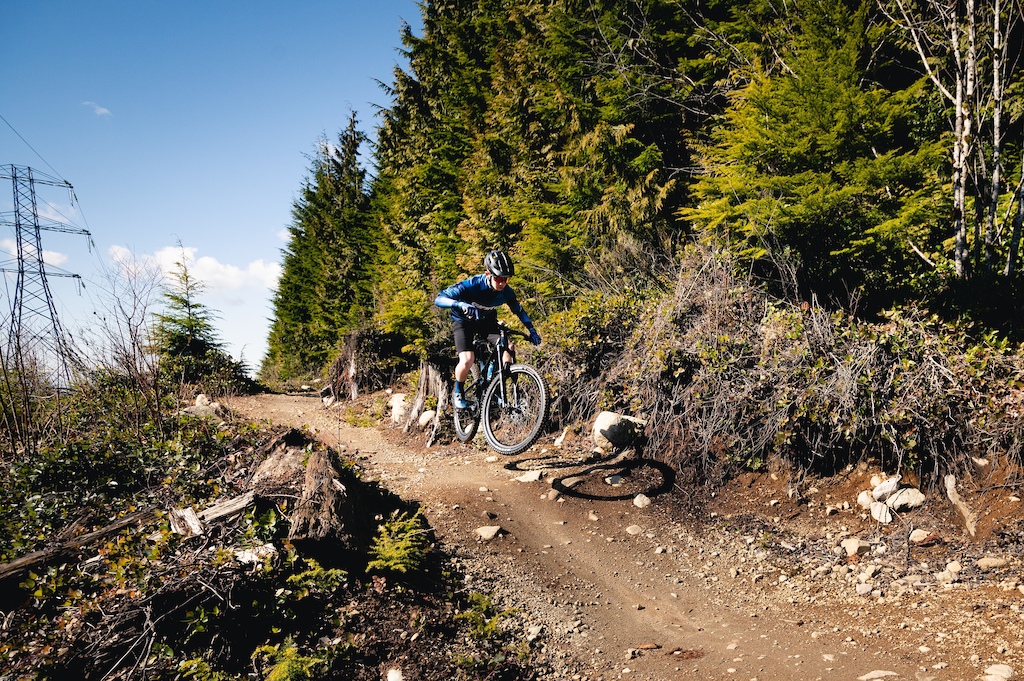 The team will also have an Enduro element with two fast up and coming racers. Jeremy and Johnathan Helly have been racing on Giant bikes since they were able to ride bikes. The Brothers from Kamloops have been a staple on the Enduro scene for the past few years. Johnathan Helly (Kamloops, BC) has been on the podium at Crankworx Whistler Events for the last few years including the EWS Junior Event. He has won the Canadian Enduro Series overall 2 years in a row at U15/17. During 2019 he podiumed 3 times in U-21 at just 16 years of age. 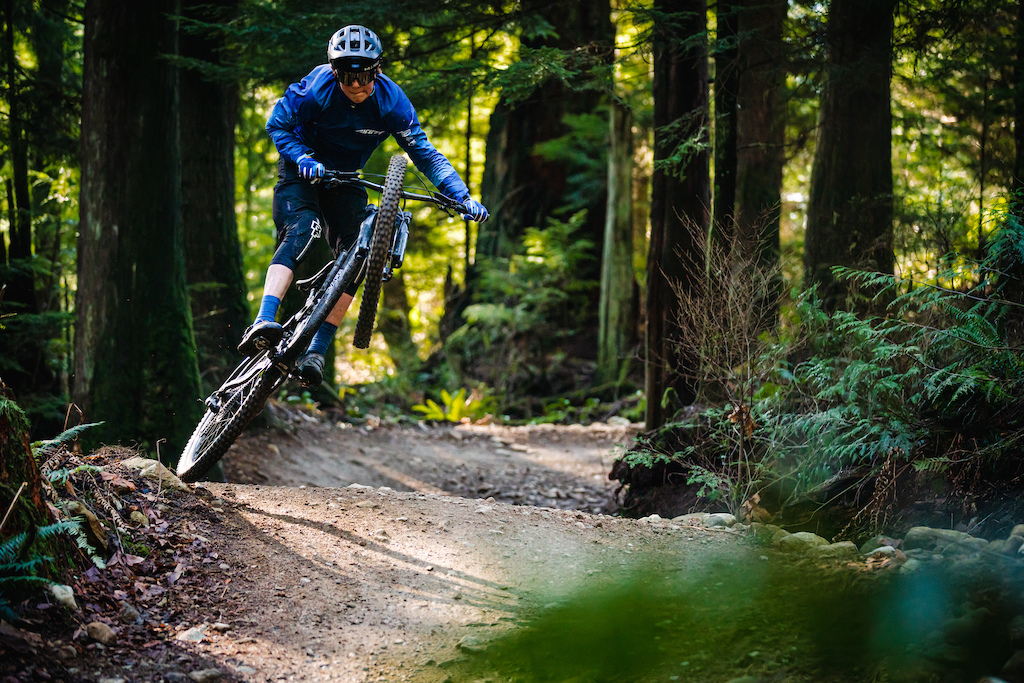 Jeremy Helly (Kamloops, BC) is the older brother and has been consistently at the upper levels while racing U-21 on the Enduro Circuit. His standout results include 7th at EWS 100 Whistler and 2nd overall in the Canadian Enduro Series. 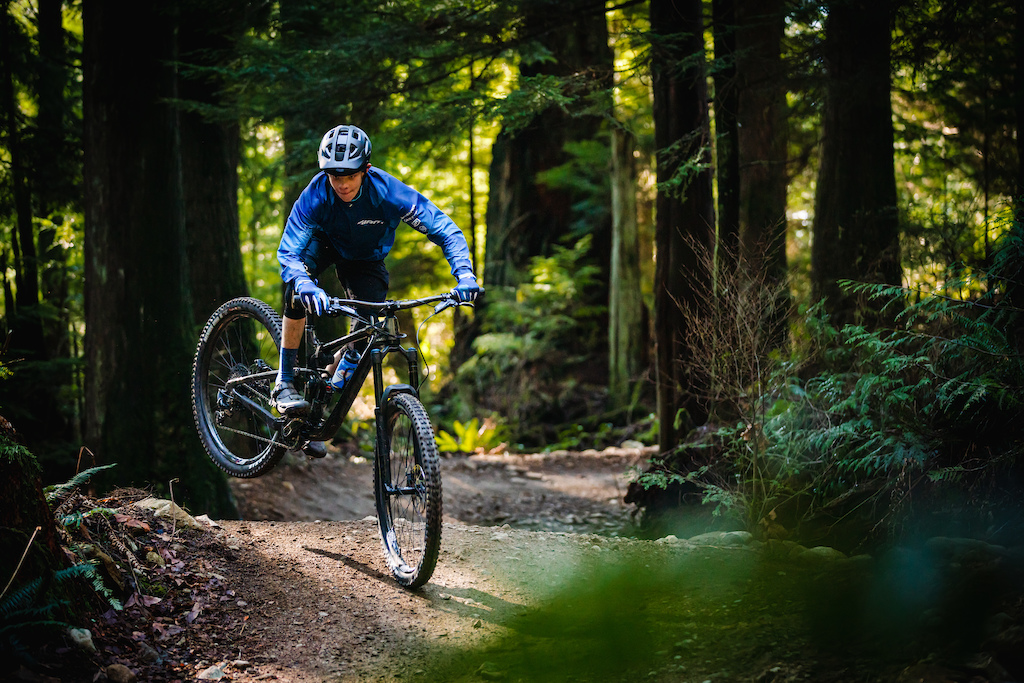 “We are excited to get back to Racing and supporting these promising young riders. We have chosen riders that exemplify what Giant as a brand stands for. We love the passion, commitment and family support each rider has. It is an honour to support them with Product that can get them to the next level in the sport” Paul McCarthy, Team Manager, Giant Canada Off-Road Team.

“We’ve always felt that there is a bit of void for riders in this age group, where they are striving for that next level and just need some time to get there. We are happy to give them that time; to help them develop and learn, not only how to train, race and win, but also how to represent themselves and their sponsors.” Steve Devantier – Representing Giant Canada.

The team will be a true family affair as they will push and support each other at events across the Country. They will be riding a selection of Bikes from Giant Bicycles including the all-new Reign Advanced 29 and Anthem Advanced 29. Their new team apparel will be provided by Giant’s in-house Custom Clothing Program alongside our Rev and Rail MIPS Helmets, Line and Surge Shoes and Clutch on-bike storage tools. 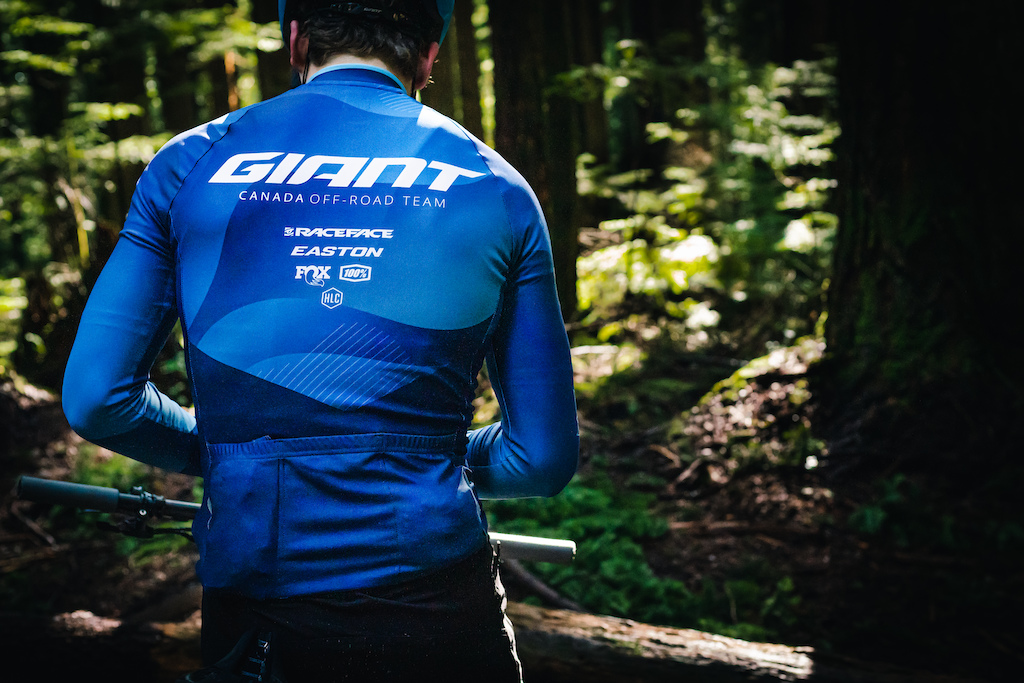 Supporting the Team will be another local Industry partner, RaceFace – Easton – Fox who is based in Burnaby, BC. They will be providing components to help the team reach podiums in Cross Country, Enduro and Cyclocross. “Giant Canada has put together a great group of fast junior racers and FOX is excited to be supporting this team. Canada has a history of generating world-class mountain bike athletes and those careers are often launched out of projects like this.” Craig Richey – FOX Director of Marketing.

100% Bike distributor Orange Supply Sport will help to provide visibility and protection with their line of Performance Glasses, Gloves and Full-Face helmets. "100% Canada and Orange Sport Supply are extremely excited to be partnering with the Giant Canada Off-Road Team for 2020. We’re looking forward to supporting them in the coming year, full of racing and riding" Chris Courtney, Orange Supply Sport.

HLC is the biggest distributor of Bicycle Products across North America and will be supporting the Team with any additional needs to keep their bikes running throughout the season. “HLC is thrilled for the opportunity to partner with the Giant Canada Off-Road Team on this fantastic initiative and support the next wave of Canadian mountain bike athletes! We’re proud they’ve chosen to use some of our distributed brands like Muc-Off and Maxxis to perform at the highest levels and showcase these brands in competition and training all while ensuring that their equipment is running clean and protected. Giving them access to best in class products is something we take a tremendous amount of pride in. Good luck this year to all team members!” Kevin Calhoun, Sales Rep – BC Lower Mainland, HLC Bike. 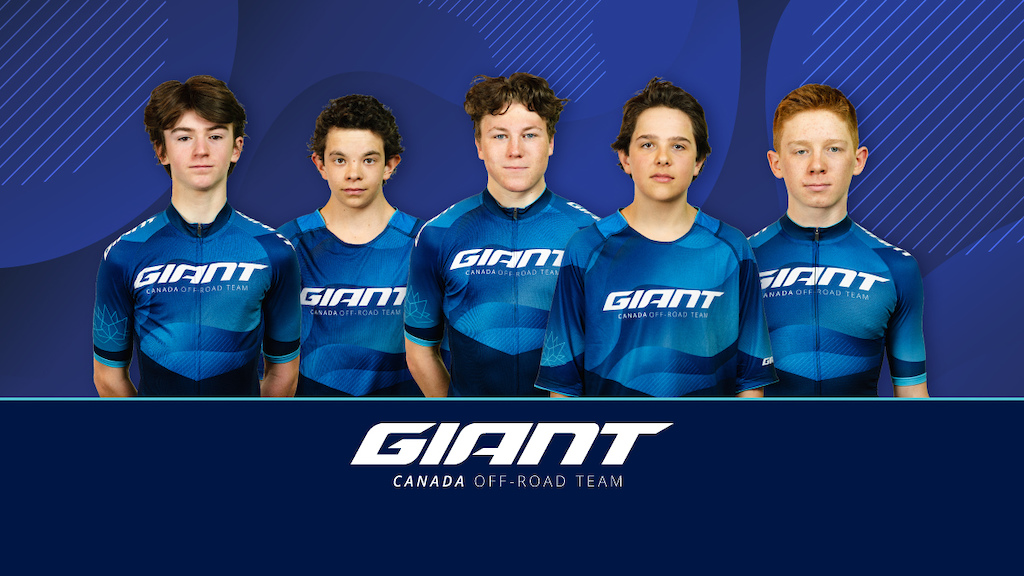 BlurredLines (Mar 11, 2020 at 4:14)
Not Canadian specific, and there's still the whole Giant/Liv branding bit, but I'd give them the credit that they are doing something or at least making an effort

blanshard16 (Mar 11, 2020 at 8:05)
Giant has an entire female-specific brand (www.liv-cycling.com/ca) and obviously a company is going to develop their grassroots program close to HQ, so they can better/actually support their team

jacobtooke (Mar 11, 2020 at 9:02)
Very stoked for the Helly brothers! Both Johnny and Jeremy are some of the nicest, down to earth kids I’ve ever spoken too. It’s been crazy to see their progression over the last several years and I can only imagine how good they are going to get with support like this!

WayneParsons (Mar 11, 2020 at 9:54)
I love that Giant is supporting young, up and coming racers. This is where the industry should be following, instead of brands that pay salaries to old washed up athletes.

odbrider (Mar 11, 2020 at 5:52)
Good to see a big wig like Giant stepping up and supporting young racers in Canada..now where’s the young girls team?

pchappy (Mar 11, 2020 at 9:11)
Well done team Helly. Your parents must be very proud of you guys and all that hard work has paid off for the kids. Both kids are amazing athletes on their bikes. Can’t wait to see what happens in the future with this to speed Demons.
Cheers
Chappy

Bikedude666 (Mar 11, 2020 at 6:39)
Did BC secede from our glorious union of provinces and territories?? Twats like you are the reason there is a divide in this country.

KiwiXC (Mar 11, 2020 at 7:02)
@Bikedude666: Dude settle. They’re raising a very valid point. There’s great young riders across the country that are worthy of assistance. Giant are calling it a Canadian team, but not getting representation from any of the other glorious provinces or territories.

racerfacer (Mar 11, 2020 at 7:27)
@vansk8r: really? So they have to buy their bikes with parts they might not like. They'll have to sell the bike at the end of the year, hopefully not for too much of a loss so they can be on the new paint job next year? You think most of the BC Giant, Rocky Mountain, Norco, etc... riders have a similar deal?

Bikedude666 (Mar 11, 2020 at 7:29)
@KiwiXC: I dont think its a valid point at all. I think its idiotic nit picking of an article promoting something positive.

GiantBicycle Plus (Mar 11, 2020 at 8:53)
@KiwiXC: Correct the riders are all from BC. This is our first year running the team and as we are based in BC we can offer the Riders full support at Events in the Region with our Mechanics and Management. The Team will expand in the future when we can offer Riders in other Regions at the same level of support.

We currently support over 50 Giant and 60 Liv Ambassadors across the country who not only race but give back to their communities by organizing Group rides, Trail days and many other social events through the Stores they are associated with.

Fill-Freakin (Mar 11, 2020 at 18:43)
@GiantBicycle: Makes sense. It would be awfully hard to field a team with people from across the country and offer them proper support (besides a bike and jersey). True race teams have to be able to train together and fine tune their equipment to the riders. That can't happen with kids that are geographically distant from each other and team HQ. Already a big commitment to field a full development team.

eveono (Mar 11, 2020 at 6:10)
Great work Giant and supporting sponsors! Seeing a youth program like this is amazing. Keep it up!

liamrswallace (Mar 11, 2020 at 8:01)
These kids shred! Stoked to see Giant supporting up and coming local scenes.

criscokid25 (Mar 13, 2020 at 10:20)
Congrats to the Helly boys! World class riders with a rad attitude!
Below threshold threads are hidden