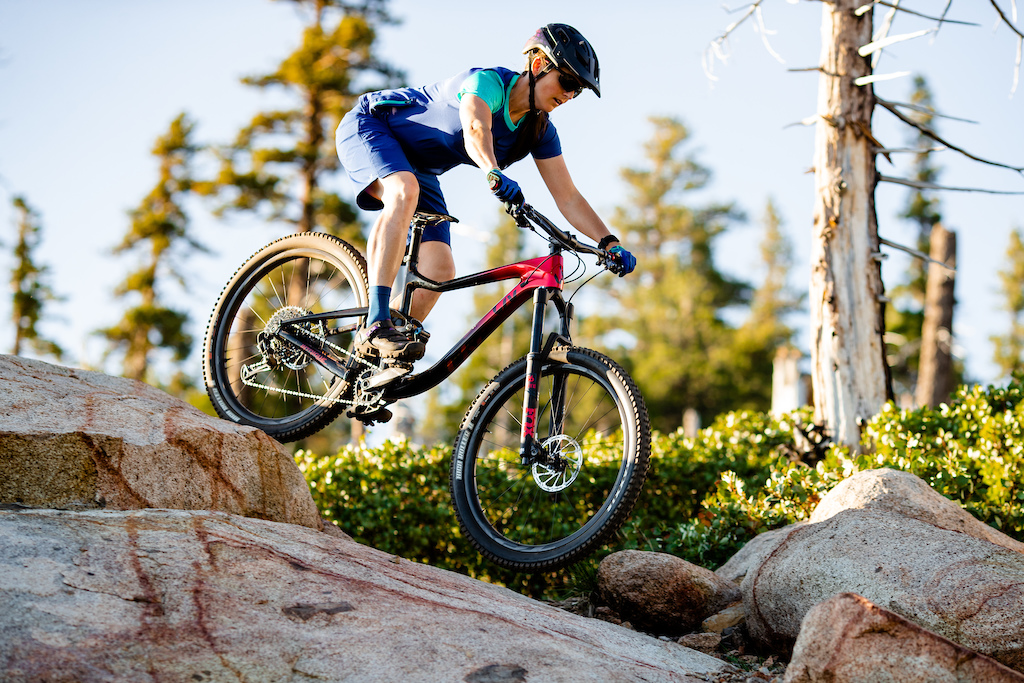 As first reported by BRAIN, Giant have rebranded their parent company of all the business units of the Taichung, Taiwan based company as "Giant Group". This includes its consumer-facing brands, OE business, along with various other entities. Formerly called Giant Manufacturing, the branding was apparently a two-year-long process.

"As a business, we've grown from being an OE manufacturing company, we've evolved into a leading consumer brand with Giant. Over ten years ago we added Liv, and then we added Momentum and now CADEX. So we wanted to create a clear separation between Giant the parent company and Giant the consumer brand." Giant's global marketing director An Le told BRAIN.

The structure is now as follows. Giant Group is the parent company and business-to-business brand. According to their website, www.giantcyclinggroup.com/, the brand's purpose or mission statement is "Raise The Bar: Advancing the entire cycling world."

There are two sub-groups under Giant Group. The brands Giant, Liv, Momentum, Cadex and the OE business are together and then separate from them are three other subsidiary groups, The Cycling Lifestyle Foundation, YouBike, and Giant Travel Agency.

Things seem to be largely unchanged other than some marketing collateral updates. Le told BRAIN, "There's no legal or business impact beyond that."

What's more, we don't do it alone. We build relationships with our partners, growing from strength to strength because progress is driven by people as much as cutting-edge processes. Our relationships – internal and external – fuel our growth as we push each other to continuously improve. It's this spirit that inspires us to constantly up the ante.

At the end of the day, we know we can go further. And that's the most exciting part. By constantly looking to the future and investing in the platforms to make it happen, we unlock new possibilities for the entire cycling industry.
The website also states that their commitments are to collaborate with OE and OB as partners to even the playing field, set new standards in materials, manufacturing, and services, inspire partners to create new business opportunities together, and build communities that encourage growth for all.

Seldom are we going to read something so painstakingly crafted, yet of such little impact or interest.

friendlyfoe (Mar 11, 2020 at 15:00)
They likely did this in an effort to restructure and clarify the roles/responsibilities of senior managers. Not really worthy of a press release but meh.

boogereater42069 (Mar 11, 2020 at 19:18)
@friendlyfoe: I'm sure in their minds even someone saying nothing about giant, still means someones actually talking about giant.

friendlyfoe (Mar 11, 2020 at 20:18)
@lowkeyokeydokey: I often wonder why you don't see more of a presence from giant on this website. I've always thought that the best reason to maintain a presence in the niche end of an industry is so that when your volume/low price point oriented customer goes to make a purchase they associate the brand with quality regardless of what it is they're actually getting.

Shredtheduck (Mar 11, 2020 at 12:06)
Now THIS is the news we've all been waiting for... Seriously , the Grim Donut isn't a Giant , the broken Rocky isn't a Giant , the Optic and Ripmo are not Giants and Cam Sink is not racing anyone riding a Giant so basically no one on here gives a shit.

vinay (Mar 11, 2020 at 15:58)
Is this already in effect. Like, is there no transition period so that the audience, business partners and such can adapt to this change? I don't even think I am ready for this right now. I'll let it sink in now, read it tomorrow and see if I can grasp it by then.

Geochemistry (Mar 11, 2020 at 12:54)
I was told that "Giant', the name, was an amalgamation of two words in one of the Chinese languages, but that person didn't remember what they were. Anyone outside the smartass army know anything about this trivia?

LandoCalriz (Mar 11, 2020 at 15:00)
@Geochemistry The name Giant came from a little league baseball team from Taiwan that won the world series despite being from the small island. Took me by surprise when I first heard it, too.

JohnnyVV (Mar 11, 2020 at 15:21)
The characters for the company name just mean "huge" (ju-da) so that's just a straight translation. But, then there's also a phonetic name where the characters are pronounced "jie-an-te" which means something along the lines of "quick-safety-special." No idea what came first. They seem to use the phonetic name for the brand and the literal translation for the company itself.

Geochemistry (Mar 11, 2020 at 19:23)
@JohnnyVV: I remember Sean, a Giant botique dealer, saying something about 'jie-an-te'. He couldn't remember the translation but said it was something like 'fast quality'. It seems you have corroborated meaningless bike trivia I like to stuff into my cranium. Thank You Sir.

swellhunter (Mar 12, 2020 at 3:10)
Two Kindergartners could have made this move in a minute. Corporate Execs take 2 years. Kind of a glimpse into just how backwards things are these days.

softsteel (Mar 12, 2020 at 13:40)
Sorry to correct you, but Giant is not the largest bike manufacturer in the world in term of volumes; it`s Decathlon.