Join Pinkbike  Login
Is it 2021 yet? This year hasn't exactly been full of sunshine and rainbows, but there's light at the end of the tunnel. Hopefully. The chairlifts are spinning at locations around the world, new bikes and products are still being released every week, and there's a good chance your local shops are busier than ever. What follows are some of the highs and lows that happened in the mountain bike world during June 2020.

ITS BEEN A
GOOD MONTH
FOR...

DH Racing Returns in Some Locations

The return of World Cup and EWS racing is still at least a couple months away, but we did see a few smaller races successfully take place in June.

Windrock, Tennessee, hosted the first round of the Downhill Southeast series, a race that attracted a strong field of pros, including Dakotah Norton, Neko Mullaly, Luca Shaw, Frida Rønning, and Kailey Skelton.

The first round of the NW Cup took place in Tamarack, Idaho, where World Cup regular Charlie Harrison took the win for the men, and Camila Nogueira stood on top of the women's podium.

Outside of the US, Thomas Slavik became the Czech national champion for Urban DH racing, his first race in four months. 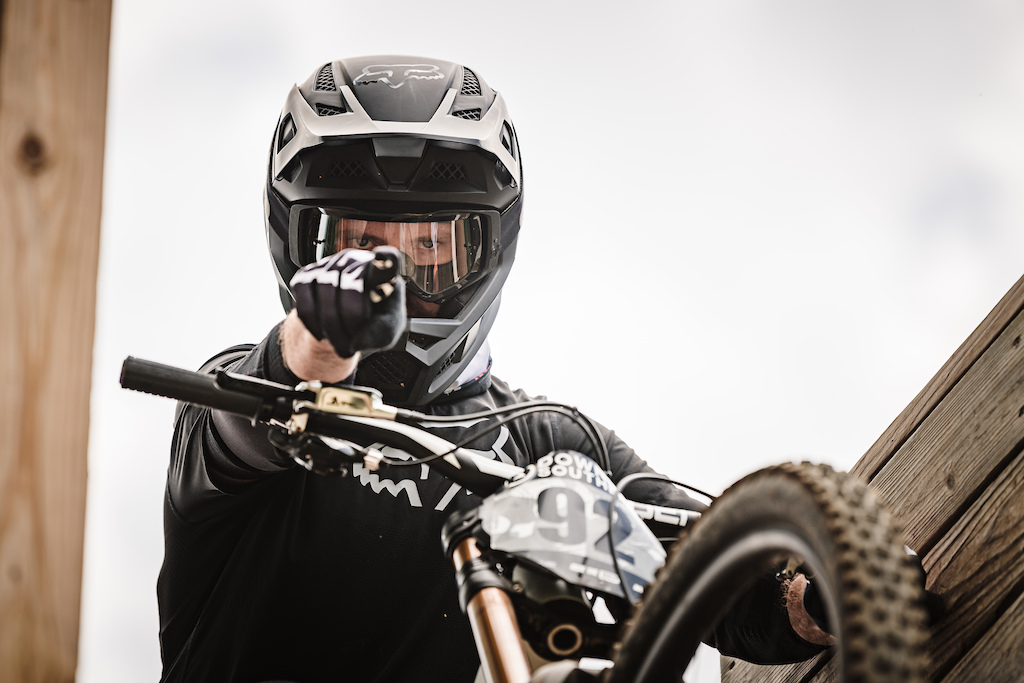 Even though they're smaller scale events, it's still great to see results and race reports starting to trickle in.

All the New Bikes

There was a bumper crop of XC / downcountry bikes, including the Specialized Epic EVO, Revel Ranger, Transition Spur, and Yeti SB115. All of those bikes have 120 millimeters of rear travel or less, and are designed to bring a little extra party to the normally serious world of cross-country bikes without making them too heavy or slack.

June also saw Commencal unveil their new Meta TR and AM, Santa Cruz launched the latest version of the 5010, and Ibis' Mojo also underwent the longer and slacker treatment. Specialized also launched a mixed-wheel version of the Demo, allowing racers and park rats to have the same wheel size setup as Loic Bruni and Finn Iles. 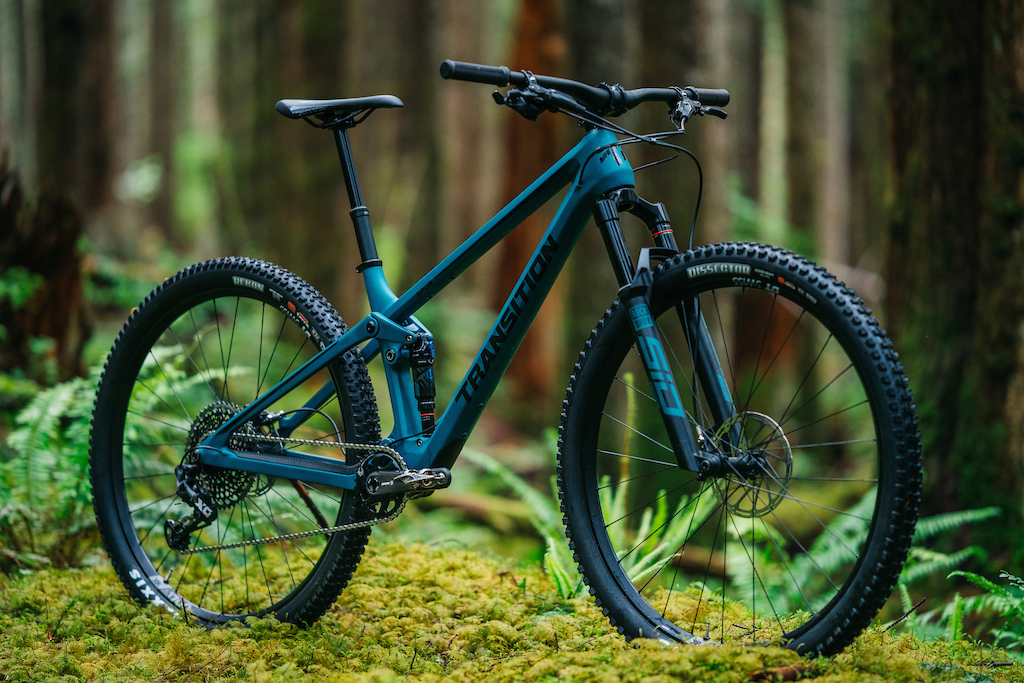 The chairlifts are spinning once again.
It's summer time in the Northern Hemisphere, which means bike parks around the globe are starting to fire up the chairlifts. It's not exactly business as usual – restrictions are in places in many areas due to the coronavirus, whether those involve social distancing and mask wearing or limiting the number of trails that are open. In addition, the fact that international travel is still limited means that access to certain parks will need to wait.

All the same, some bike park laps are better than none, and the optimistic way to look at things is to take this as an opportunity to explore an unfamiliar area. It's a perfect time to try out that little bike park that you've been overlooking in favor of the bigger, flashier resorts. 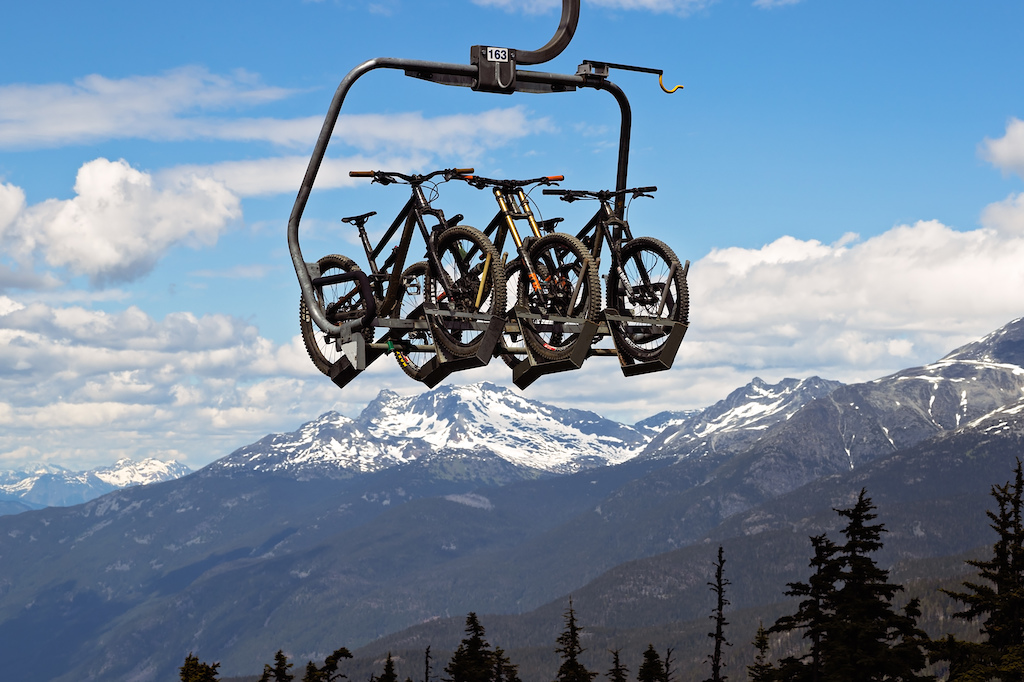 ITS BEEN A
BAD MONTH
FOR...

Aluminum 2018 - 2020 Instinct & Pipeline frames recalled.
Rocky Mountain Instinct and Pipeline owners with aluminum frames that were produced between 2018 - 2020 were met with the bad news that their bikes had been recalled due to the risk of the head tube cracking. According to the recall announcement, there have been a very small number of incidents reported out of over 4,700 units produced, and riders affected by this recall should stop using their bike immediately and contact a Rocky Mountain authorized dealer for instructions.

Rocky is taking care of the affected riders with a new front triangle, but needing to live without your bike during peak riding season is never an easy pill to swallow. 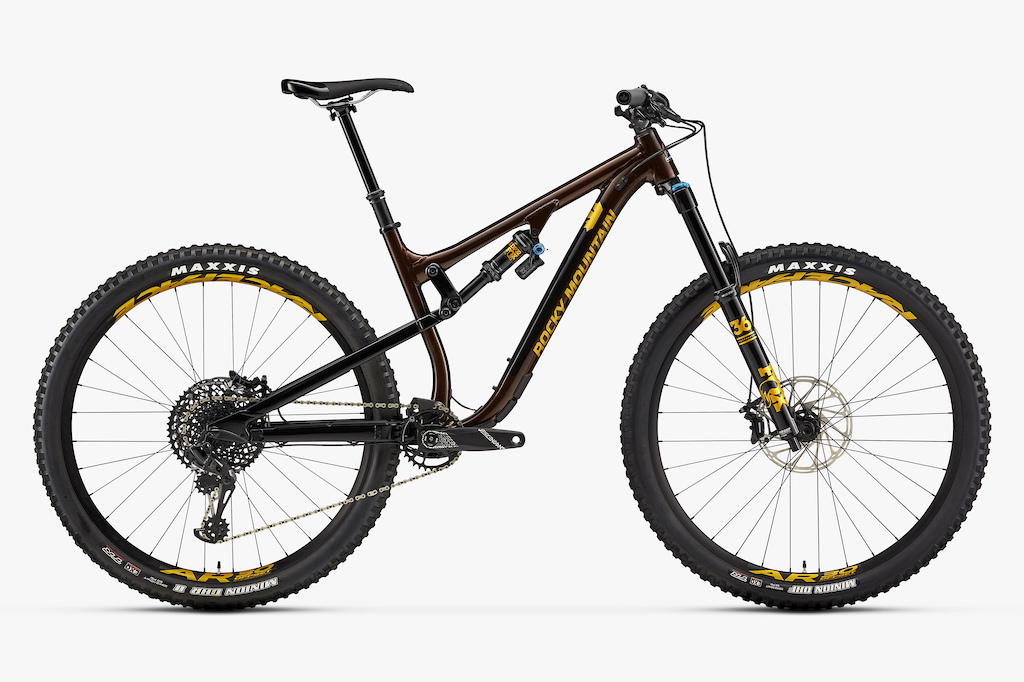 Racing may be resuming in some places, but cancellations keep on rolling in.
By now, race cancellations have become old news – realistically, it should be more surprising if a race actually takes place in 2020. June saw the cancellation of the BC Bike Race and Trans Cascadia, multi-day races where riders are treated to a feast of prime singletrack. Controversy arose over Trans Cascadia's policy on refunds (only 50% of the $2,300 entry fee was being returned), but it looks like things have been smoothed over, and racers can now defer their entry until 2021.

Other cancellations included the Megavalanche, the Canadian MTB championships, and the North American Handmade bike show. 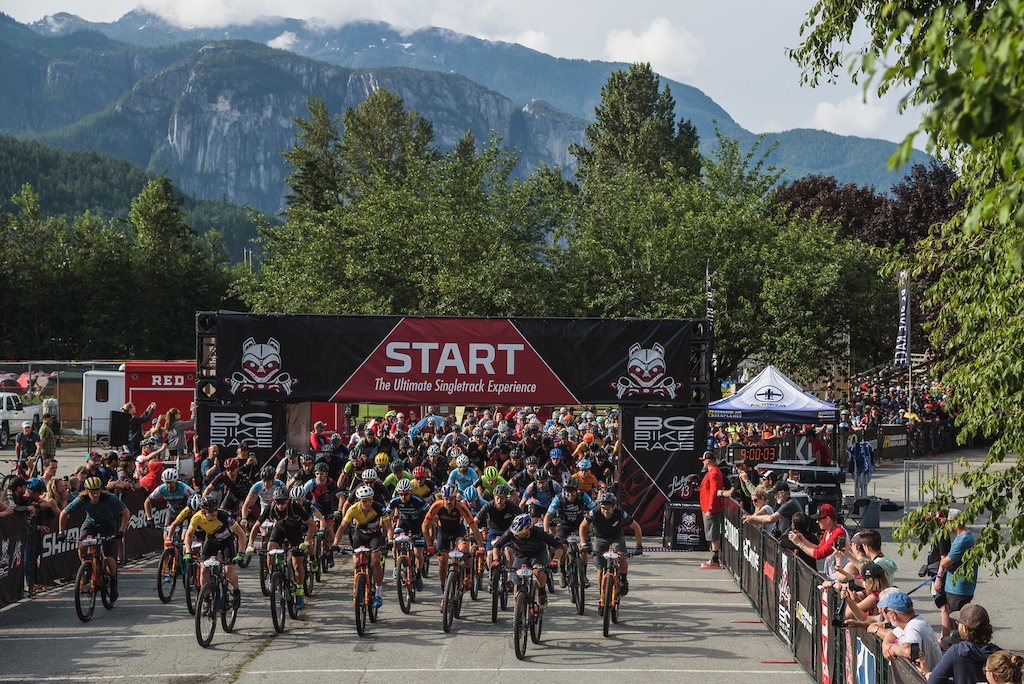 nsteele (Jul 1, 2020 at 14:13)
Um, Bad Month For responsible, science-believing, COVID-Free Americans who can’t go to Whistler, Squamish, Pemberton, The Shore, Sun Peaks, Silver Star, Coast Gravity, or any other awesome places in TGWN because our Northern cousins are (rightly so) keeping us out due to the anti-science ignorance of a bunch of other Americans.

rosemarywheel (Jul 1, 2020 at 14:29)
Right! I haven't seen any of my close friends my age for 4 MONTHS. Everyone in America: please stay home and have patience for one month, so we can all go outside again. At last we live in the country...

1) There's a test that can be easily, reliably, and quickly administered at border crossings.
2) There's a vaccine.

The other scenario, where America somehow realizes we need to take this seriously and it won't just magically disappear one day, seems too far fetched to believe.

rosemarywheel (Jul 1, 2020 at 20:34)
@atourgates: And there I go with another spelling error: My above comment was supposed to read "At LEAST we live in the country" It's the cabin fever I tell you! My brain is slowly shutting down and grammatical/spelling errors are coming on. May it end soon.

zombiejack33 (Jul 1, 2020 at 23:32)
I feel for you guys for sure. It can't be easy having the loud minority of idiots misrepresenting. When this is done I hope to see you guys on the hills up here again! stay safe!!! (ps. im also sad I can't go camping across the border, your national parks are insanely beautiful)

JOHN8LAZE (Jul 2, 2020 at 3:14)
@zombiejack33: I hate to play to stereotypes but this is such a Canadian comment. there is nothing wrong with that, keep it up! Happy Canadian birthday too

we are good folks eh

atourgates (Jul 2, 2020 at 9:35)
@cougar797: I mean, the EU just opened itself to tourism from other EU member countries and a list of other countries that have done well in containing COVID (including Canada), but specifically (and sensibly) excluded the US from that list .

50percentsure (Jul 1, 2020 at 13:13)
@onemind123: No kidding eh, Tim Horton's donuts are for desperate times only. There's a couple of locally owned bakeries right in town that blow them out of the water.

zeronine3 (Jul 1, 2020 at 14:47)
Actually, don't care about the grim donut anymore. The hype is gone. Will I read the article, if it ever gets published... Sure, but probably out of boredom, not interest.

DaFreerider44 (Jul 1, 2020 at 20:20)
@zeronine3: The only thing that would hype me for the grim donut is if they hucked it to flat. #GRIMDONUTHUCKTOFLAT

sewer-rat (Jul 1, 2020 at 13:25)
@speed10: he left, he said he’d turned in to a wanker over the last decade and it was time to go. I still keep in touch and like the guy, he’d have still probably been on here if the pitchforks hadn’t come out

sewer-rat (Jul 2, 2020 at 13:35)
@speed10: not really, asked for the plug to be pulled. What was disappointing was the way people went for him straight from the top of the comments, not pretty quoting select lines from his humorous past where he’d flip peoples views back on them

sewer-rat (Jul 1, 2020 at 13:24)
I think Rockys bad month could also be a good month for them, they seem to have handled it well and found some more fans through it.

zombiejack33 (Jul 1, 2020 at 23:38)
I have a 2019 instinct bc, Its nice they are replacing the front triangle but Ive heard failure rate is suuuuper low. Sucks to not ride my bike I guess but nice to know the company I support has my back regarding safety.

Bad month, I tried to order a spur and was told it would be four to five months. Why even announce a new bike then? I know supply chains are a mess right now but come on. Did they make like six bikes?

Costigan76 (Jul 1, 2020 at 14:46)
You should see the big ass bawler ski boat being pulled around by the Transcascadia logo wrapped big ass bawler truck......

atourgates (Jul 1, 2020 at 17:19)
I mean, if they'd specified that they were using my entry fees to do TOTALLY AWESOME STUFF I would have been fine with it. It really comes down to communication.

ferenooo (Jul 2, 2020 at 0:46)
Actually the only good thing about the whole lock down no event summer is the feeling not having such a Stress to miss too much out there

Thirty3 (Jul 1, 2020 at 13:24)
2021 is going to be even a worse year. There will be no more "good years" for a long time to come. Best to become accustomed to misery and even perhaps savagery in some instances. Enjoy what you have as it's never going to get better.

jfleming10 (Jul 1, 2020 at 12:37)
@padrefan1982: Here in Wisconsin they tore down statues of an abolitionist civil war general who died in combat and a statue dedicated to women's rights...

DirkMcClerkin (Jul 1, 2020 at 12:51)
@preach: Hahaha, Fox News listeners. Scores of symbols of white supremacy erected during the Jim Crow era are toppled, and what do they report on? Turn that dial there's been some news ya all have been missing.

pipomax (Jul 1, 2020 at 12:56)
@DirkMcClerkin: hahaha CNN listener! Anyway, are you ok with monuments of people like Winston Churchill defaced?

sunringlerider (Jul 1, 2020 at 13:02)
@pipomax: iTs HerRitaGe, NoT HaTe.
The south was separate for 5 years. Get over it. They lost, they were traitors to the USA.
But, I’m sure there are fine people from both sides.

Dropthedebt (Jul 1, 2020 at 21:10)
@preach: for someone who list Jesus above family, Music & bikes; you should surely be showing a more compassionate and Christian outlook.

sunringlerider (Jul 2, 2020 at 6:18)
@Dropthedebt: welcome to the Murican “Christian” thought process. Be a steaming pile of shit all week, but I go to church so I am a “good” person.

Dropthedebt (Jul 2, 2020 at 12:39)
@sunringlerider: "they tell you that the Bible is the true word of God and then say... "what God really means is... (insert bullshit)"
"I've never been that presumptuous or confident"

sspiff (Jul 2, 2020 at 16:49)
@preach:Not sure where this comes from, but it turns out I am a financially stable individual and pay for my own housing. Don't know about Fauci Jr., but I have earned the name Dr. Sspiff.
Post a Comment