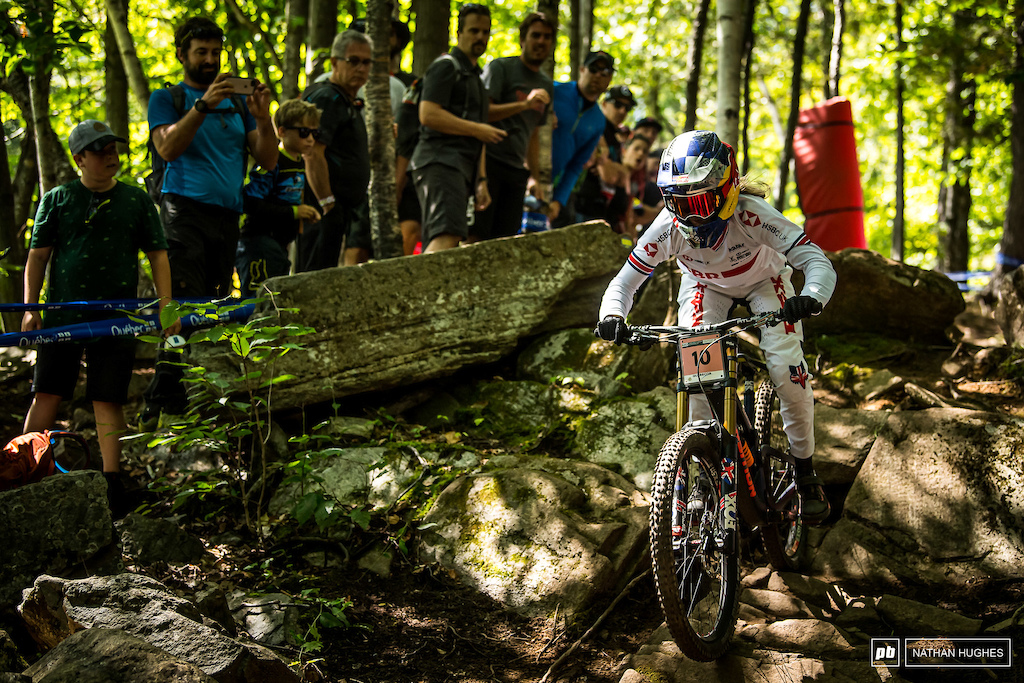 The British Squad is the latest to be revealed for the Leogang World Championships following the announcements of Canada and the USA last week.

Britain will be sending 33 athletes over to Austria including 19 downhill riders and 14 cross country riders. Downhill has always been Britain's strong suit when it comes to the Worlds and it looks like that will be the case again with former World Champions Rachel Atherton and Danny Hart and former junior World Champions, Laurie Greenland, Matt Walker and Tahnee Seagrave all part of the squad.

The race will mark Rachel Atherton's return to racing after rupturing her Achilles' Tendon in July last year and Tahnee Seagrave's after she broke her tibia and fibula in Feburay.

Stephen Park, performance director, said, "The Great Britain Cycling Team has a history of success in downhill mountain bike and, while it isn’t an Olympic discipline, it still provides a great sense of pride and inspiration for our team.

“I think this year’s downhill world championships has the makings of another successful year for British downhill riders. Looking through the team we have selected, there is a lot of talent, experience and consistently strong results, and additionally Leogang is a regular location for the world cup series, which means the team has familiarity with the course and the environment.

“It’s good news to have both Tahnée Seagrave and Rachel Atherton back from injury and ready to race, and I look forward to supporting the team out in Austria.”

The XC team will be led by Commonwealth Champion Annie Last who lines up alongside Evie Richards and Isla Short in the Elite women's race. Keep an eye out for Tom Pidcock who was the 2018-2019 World Under 23 cyclocross champion and just signed a deal with Ineos Grenadiers after winning the under-23 Giro d'Italia on the road.

DidNotSendIt (Sep 22, 2020 at 10:15)
Would love to see Laurie Greenland get a win. Really enjoy watching him ride. He seems like a nice chap too.

Puddings (Sep 22, 2020 at 14:53)
Look at BC pretending it gives a shit. I bet when PB called for a quote, they hit mute and asked around the office if anyone knew anything about something called MTB having a world champs and after the mocking laughter stopped, someone dug out an old quote and got a dig in about it not being a real sport due to it not being to be at the olympics followed by further sniggers when it was pointed out XC is

rideyobike86 (Sep 24, 2020 at 11:34)
@petrospit: maybe you can be sent without any points, I’m not 100% sure. But start order is determined by overall UCI ranking. And all of those guys have higher ranking. I f*cking miss the rat though

paulskibum (Sep 22, 2020 at 13:46)
I saw Becky Skelton didn't get an invite as British Champion - apparently you had to apply to say you were interested, she didnt realise and didnt so no invite. To be fair Joe Breeden is British mens champ and also did not make the cut. I am sorry to say I dont know the three girls sandwiched between Rachel and Tahnee from their WC results.

It's a shame in a way, now Höll, Newkirk & Johnset are up in the senior women it'd be good to see who's coming through.

AyJayDoubleyou (Sep 23, 2020 at 7:43)
Looks like 7 female U19 at fort bill last year, the top ones were putting reasonable times (when you consider how Rachael normally beats a lot of the field by big margins).
Shame for the sport that none of them got invited to take part in this, they must have the same issues of qualifying/points as the junior men?

rideyobike86 (Sep 23, 2020 at 8:20)
USAC probably only wanted to spend money on sending people who actually have a chance of coming home with a medal.