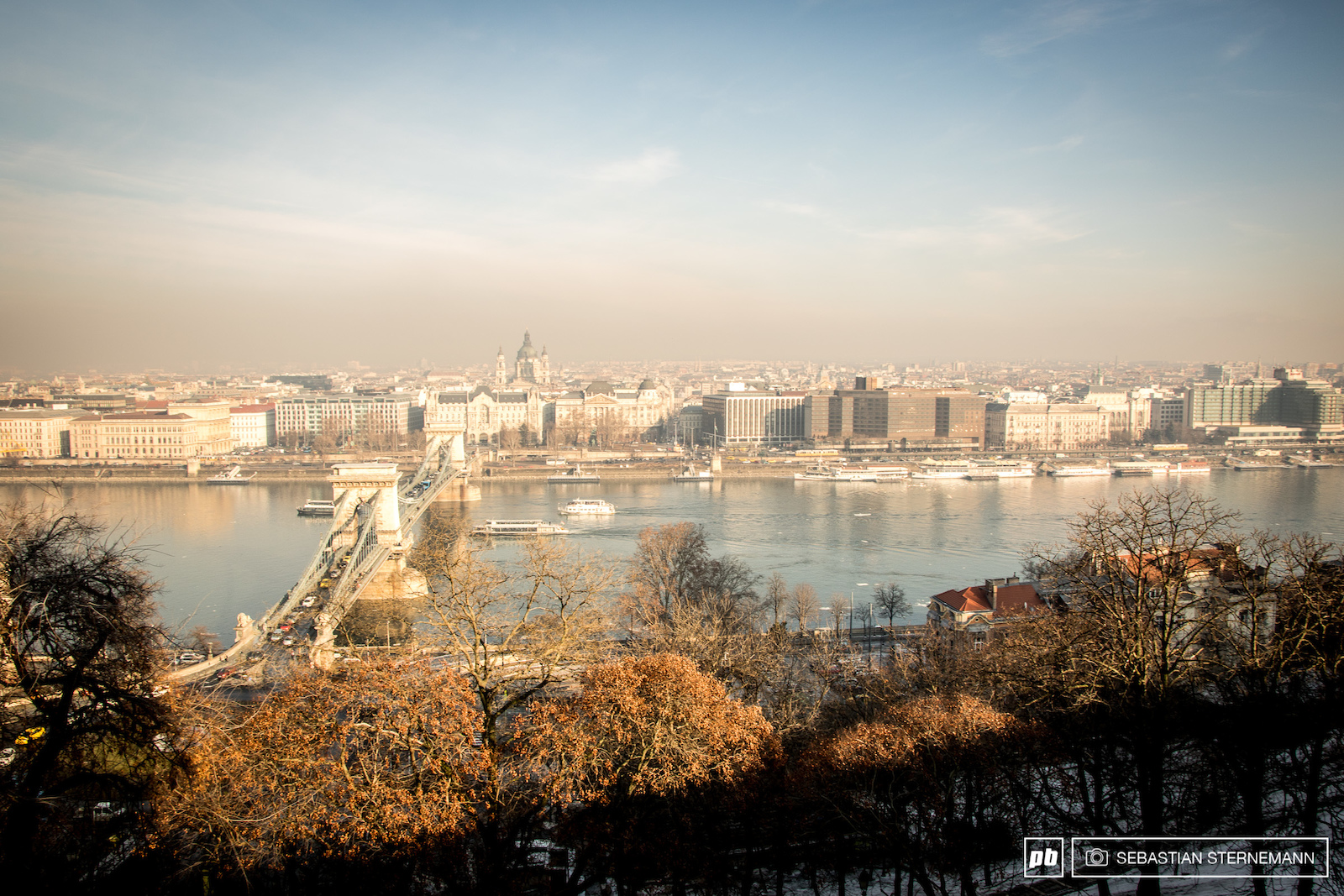 After kicking off last weekend in Frankfurt, Germany the European Downmall Tour headed east to hold it’s second stop of three in Budapest - the proud capital of Hungary, shining in old grace of the Imperial Era.
The tour took place in Arkad Mall which you can find at the final station of subway 2, so it’s a little bit outside the city centre, but easy to find for spectators of which plenty came. Arkad Mall is smaller than MyZeil Mall which saw the tour in Frankfurt. Due to this the venue was closely spaced.

The track was shorter than last weekend and had less obstacles as well. It started with the riders descending escalators, then they had to pass tree stubs entering into a turn which lead to another escalator followed by a big drop. After hitting this drop, riders had to pedal hard in the final straight and rocks the famous 'Downmall Double'. Every tour stop ends with this double, but here it was built up bigger due to the limited space at the finish area.

During the breaks spectators were entertained by a dirt jump contest and a BMX freestyle contest. Budapest saw a hard competition, riders were battling hard to finish in best time. Some of the Downmall tour's top dogs were fiercely missed in Frankfurt but gladly most of them made it to Budapest. Times were tight between Hannes Slavik, Tomas Slavik and Michal Prokop. Unfortunatly, Johannes Fischbach is still suffering from an injury and wasn’t able to come.

At the end oft he day Tomas Slavik(CZ) was able to take the top spot followed by Felix Beckeman (SWE) in 2nd and Ondrej Stepanek(CZ) in 3rd. Ben Moore was likely to defend his No. 1 numberplate but couldn’t find last week's top form. Spectators were witness to an exciting event and once more mountain biking could show it’s bright side to a broader audience. Next weekend will see the tour's final stop in Prague, Czech Republic.

NoDHinKentucky (Feb 6, 2017 at 6:59)
"Ben Moore searching for the lines." Good thing about escalators is that there's only one line. Down.

mireksuchomel (Feb 7, 2017 at 6:45)
I saw some practice runs on one of the Downmall races few years ago with escalators on. Everyone had a puncture, so it had to be turned off for the race.