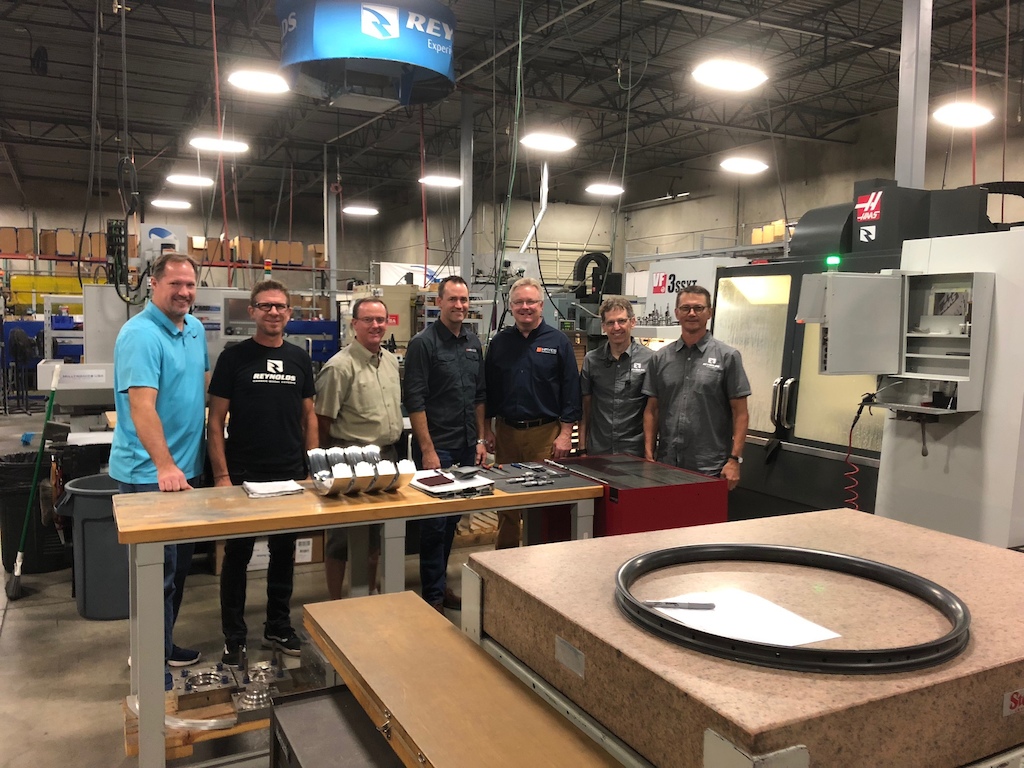 
Hayes Performance Systems owns Hayes Disc Brake, Manitou, SUNringlé, ProTaper (the mountain bike part), and Wheelsmith, so the addition of one of the world's top carbon wheel makers should be a good fit. The announcement comes on the tail of a very active development period for Reynolds, which includes being one of the first wheelmakers to be signed off by Shimano to make Micro-spline freehub systems. The Salt Lake City-based carbon manufacturer will be launching three additional designs this month. Couple that with the recent launch of Hayes' excellent Dominion disc brakes and insider talk of a similar renaissance emerging from Manitou's suspension team and it all starts to make sense. 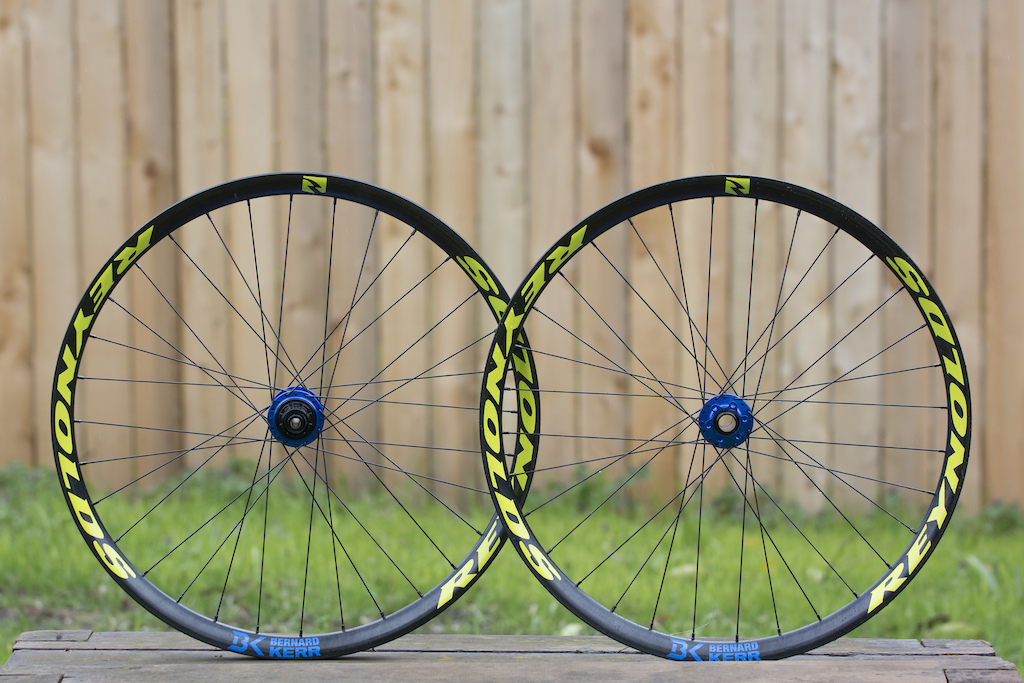 Bernard Kerr's signature Reynolds Black Label DH wheels.
No information was released about the purchase price, or if the consortium plans to maintain Reynolds' current factory location. The latter seems like a no-brainer, however, as their Utah manufacturing and research facility is centered in one of the nation's busiest and most cost effective high-tech marketplaces. With high-end manufacturing at home and a dedicated manufacturing facility in China, Reynolds Cycling is an asset for the Hayes Group's ambition to recharge its image and take a larger share of the OEM market.

In a perfect world, Hayes could take advantage of the resurgence of aluminum wheels by positioning SUNringlé there, while using the Reynolds brand as 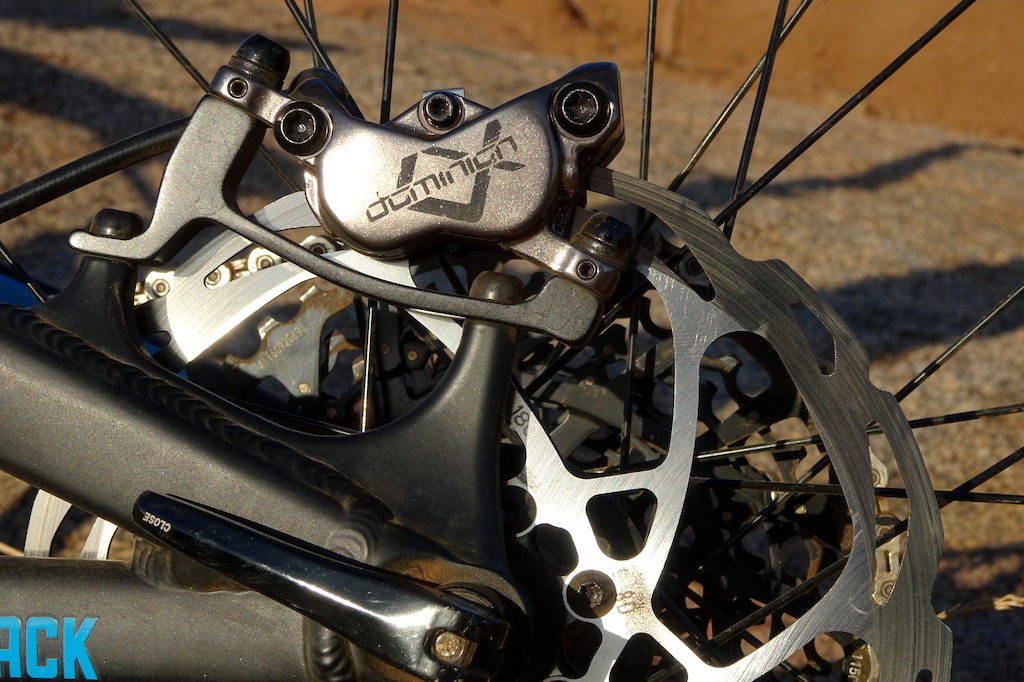 Hayes' Dominion brake signaled the consortium's ambition to reestablish their position in the high-end marketplace.
a spear point with which to establish a place for the group among elite-level bike makers. Pivot Cycles is one of Reynolds' current OEM customers. That said, it would be easy to pass off such an acquisition as business-as-usual for a bike industry that always conglomerates when the market is stable and growth is slow. That is definitely the present situation, but in this case, Reynolds fills a void that has been missing from the Hayes portfolio for too long. 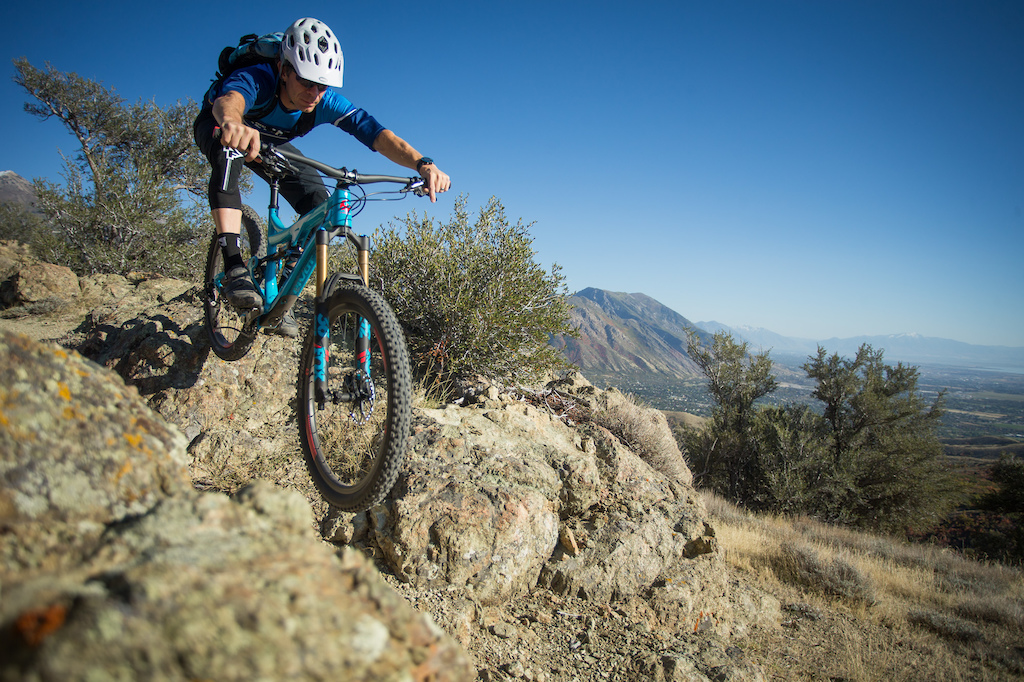 Reynolds launched their TR (Trail Rated) range of wheels earlier this year with more options and attractive pricing aimed at the OEM market.

justanotherusername (Oct 25, 2018 at 0:27)
Hayes are a group, they own manitou and answer and a few other brands too in cycling, as below they also operate outside of the bike industry.

Ferisko (Oct 25, 2018 at 0:56)
@justanotherusername: To me they always felt like an ICU for companies that did not make it in the bike industry. Not quite dead, but not quite healthy and alive either.

Kramz (Oct 24, 2018 at 21:38)
Is Reynolds the same company that makes Reynolds tubing? Always liked Hayes, they were my first hydraulic brakes, and they were other worldly compared to what I had prior.

Veloscente (Oct 24, 2018 at 23:09)
@Kramz: Reynolds Composites was originally a division of Reynolds Tube Co., but was then spun off in a 1999 Chapter 11 filing to produce carbon forks, rims etc. In 2005 they were acquired by new US owner with a license to sell cycling components under the Reynolds name, but for the last decade that has been pretty much just wheels: the commodification of carbon road forks & bars by companies like Easton drove Reynolds out of those product sectors.

Veloscente (Oct 25, 2018 at 22:23)
@nojzilla: Fun fact: Reynolds Technology Ltd. would not have returned to the UK had the American holding company that purchased Reynolds Tube Co. in 1996 not bankrupted the company, thus making it eligible for a buyback by UK management.
The carbon division got stranded in Utah, but the metallurgists returned to the motherland.

silentbutdeadly (Oct 24, 2018 at 22:39)
What I really want to know is when one of our beloved bike companies are buying into a craft beer brewing company...that's an MTB accessory I could really get behind.

patrickbatemanworldtour89 (Oct 25, 2018 at 0:00)
Or here on the west coast, we like hops sexy cousin cannabis...which we put in beer. So there's a proper trifecta if I ever heard of one.

silentbutdeadly (Oct 25, 2018 at 3:18)
@LoganKM1982:
In my experience, beer spins one way and herb spins another so I'm not entirely convinced that the combination is anything but beige.

BenPea (Oct 25, 2018 at 3:28)
@silentbutdeadly: The combination can produce all sorts of colours, but if overdone it's usually the colour of what you last ate...

gibbon-on-an-orange (Oct 25, 2018 at 7:54)
One of our local micro-breweries is run by a couple of mountain bikers, if that's kinda close enough? Loads of the can designs have really subtle pictures of bike components hidden in them. They're good brewers too, I always grab a few when I see them in the shops.

motard5 (Oct 25, 2018 at 10:09)
The MTB and Motorcycle industries in the US seem to fail as much as restaurants do. I'd love to see a powerhouse back them...something like a fellow Sconnie company Miller. It would free up a lot of R&D money.

patrickbatemanworldtour89 (Oct 25, 2018 at 0:01)
Same. Wonder if Reynolds warranty will be effected at all.

patrickbatemanworldtour89 (Oct 25, 2018 at 0:03)
Recent Sun Ringle rims though, not so much. At least in my experience, I'm always happy to be wrong when I have a negative opinion of something.

Trabes (Oct 25, 2018 at 5:53)
SunRingle have been making and improving wheels forever. I have a 29 plus Duroc and Mulefit combo, zero complaints. New rear hub is really nice. ....Who makes those Flows everyone has anyway?

rrolly (Oct 25, 2018 at 6:33)
Don't know if Flows are a branded version of someone else's wheels, but I do know they replaced my no good SunRingle rims.

homerjm (Oct 25, 2018 at 7:21)
My old DH bike had an OEM wheelset from SunRingle. Bearings where so cheap&poor any of the hubs worked after 2 years. I have other "cheap OEM" stuff in many other bikes like Formula hubs,maybe heavier than high end product but good quality. I replace them for a better look or less weight but not for low quality or broken.

lalientoxc (Oct 25, 2018 at 13:55)
What happened to answer components? They no longer own it or they switch the name for protaper? N I thought this company was broke I haven’t seen their product on any top riders or teams. Don’t get me wrong I love love love manitou and Hayes

EnduroriderPL (Oct 24, 2018 at 23:35)
@greenbelt69: and thats the only reason that they are still around. If they limit themself only to bike stuff they would be stone cold dead in the water for a long time however maybe Dominion brakes are the first sign of change...

patrickbatemanworldtour89 (Oct 24, 2018 at 23:58)
They did release new mtb brakes recently. Which I reacted to precisely the same way.

justanotherusername (Oct 25, 2018 at 0:29)
@EnduroriderPL: they also own answer, sun ringle and manitou.

Swangarten (Oct 25, 2018 at 6:55)
@machuqueiro: Do your research. They sponsor the Scheibe road racing team. Hayes are involved on a lot of different brake applications. Everything from agriculture to road racing motos to snocross in addition to the bike side of the business. 60+ years of making brakes

mammal (Oct 25, 2018 at 7:28)
Sun Ringle also supply wheels for some of the wheelchairs that my company manufactures. Hayes has fingers in all sorts of pies. Just because they don't hold a huge share of the mtb market, they don't get any consideration from a lot of mtb'ers. Forks are great performance value, current wheels are solid, and I've heard the new brakes are great.

AD4M (Oct 25, 2018 at 5:48)
This articles makes it sound as if shimano is being really picky about who gets to use the microspline freehub stnadard. And this is probably why nearly every new bike has Sram OEM parts on it compared to shimano.

Bigwig15 (Oct 25, 2018 at 6:33)
Well what goes around comes around in the world of wheels. Good to see they're not braking up the company. Hopefully people will see the quality through the haze.

medina (Oct 25, 2018 at 13:06)
Come on. Hayes can't have a decent pair of brakes since 2002 but they acquires Reynolds Cycling? Lol, I don't know how this group survives on these days. Even Manitou can't afford Rock Shox, Fox or others manufacturers.

BEERandSPOKES (Oct 25, 2018 at 8:25) (Below Threshold)
@mammal: Nope, as in... HA, YES you need new brakes because HAYES will have you wanting a set of GUIDES (also a crap brake) faster than you can say STROKER.

mammal (Oct 25, 2018 at 9:04)
@BEERandSPOKES: OK. I'm assuming you have tried the new Hayes breaks or have reliable first-hand info that they aren't adequate? Or you're just dismissing them because heayes made a brake you didn't like at one point in time... I've heard a lot of positive info on that brake and pretty much zero negative. Cool design features. Not much to hate on, if you've got an open mind toward innovative product.

beeboo (Oct 25, 2018 at 7:05)
I wonder how much Hayes purchased them for? I’m surprised Hayes has that kind of money considering they’ve been going downhill for a long time

nouseforaname (Oct 25, 2018 at 9:37)
Why would i buy Reynold wheels with mediocre support when i could buy WR1 wheels with great support AND North American manufacturing? Was that what you were thinking of? Because it's no less true for the 100th time than it was the first time.