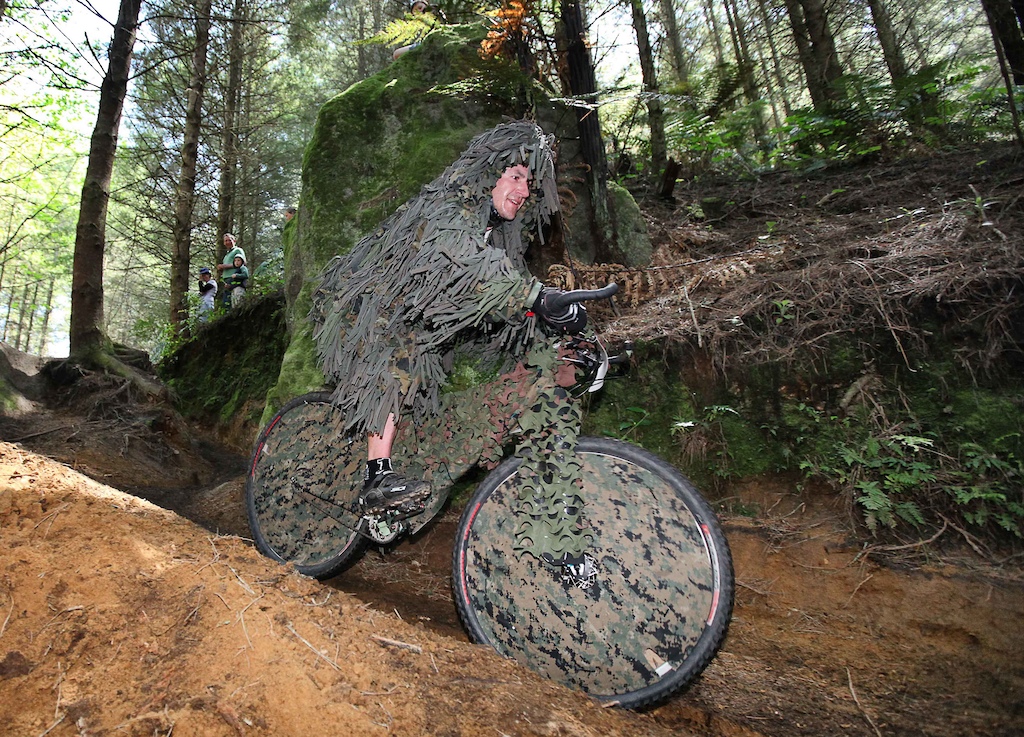 An event in Rotorua in Aotearoa/New Zealand to celebrate the tenth anniversary of the Singlespeed World Championships in the city will benefit a variety of good causes as life and mountain biking goes on in the times of COVID 19.

The Rotorua Singlespeed Society is hosting a casual ride, a mobile party and an opportunity to dress up on Saturday, November 21 with a minimum entry donation of ten dollars.

“Over the last dozen years, we’ve organised a range of events from national and world champs to fundraisers,” says Paul Laing from the Society. “These have resulted in over $60,000 of donations to CanTeen, Cancer Society, Leukaemia and Blood Cancer New Zealand, Kidney Health New Zealand, the RSA Welfare Fund, Lifeline Aotearoa and the Rotorua Trails Trust.”

This year the Society has added a new charity. “Tipu Wai, is a local trust that was established to plant native trees restoration of Waiāriki waterways and native fish species,” says Society President Gary Sullivan. “It’s a fantastic project with some major planting already and is the brainchild of one of the Society’s long-time sponsors, Gregg Brown from the Pig and Whistle which is both party venue for our events and our committee HQ.”

The Society is quick to acknowledge how much its success is driven by local partnerships. “It’s a terrific alliance and combination of a bunch of Rotorua businesses alongside more public organisations.

“These include Lakes Council through Famously Rotorua and Rotorua Nui, the Rotorua Energy Charitable Trust, ONE Foundation and New Zealand Community Trust,” Sullivan continues. As well as being club president, his Ngongotaha based mountain clothing company,Nzo, was naming sponsor the second time the Society hosted the World Champs in 2017.

These events are part of the reason Rotorua is a unique mountain bike destination. The city is the only place in the world to have hosted Singlespeed Worlds, UCI Mountain Bike and Trials World Championships in 2006, a round of the UCI Trials World Cup in 2009, rounds of the Enduro World Series and the WEMBO 24 hour Solo World Championships, as well as being one of a handful of locations with International Mountain Bicycling Association gold status.

“Our events are on the…well, less serious side of the spectrum, loud and colourful, with some extraordinary costumes over the years and it’s rewarding to be able to return proceeds back to the community,” says Laing. “We all love the forest and the lakes, so adding Tipu Wai to the list was a no-brainer, especially after how supportive Gregg and his team have been since our first New Zealand Champs in 2008.
“Singlespeeding is hard and everyone likes a beverage or two afterwards, so a pub is the perfect partner.”

For Brown, it’s an easy decision to support the Society. “We’ve all known each other for 20 years and worked on a range of mountain bike projects over that time,” he says. “Singlespeeding is about fun for most of the riders and there seems to be a real appetite for that in the current circumstances, as well as for a bit of nostalgia about easier times.”

He’s very proud of the what Tipu Wai is achieving. “We’re working with SCION, Bay of Plenty Regional Council, Rotorua Lakes Council and local iwi and, with some great volunteer input, have successfully planted thousands of locally-sourced native seedlings on the Lake Okareka Road, down the Hemo Gorge on the way to Waipa, at Waipupumahana, Horohoro and on the Tauranga Direct Road, with much more to roll out over the next decade. “It’s very exciting.”