The first round of the 2018 4X ProTour took place in Winterberg, Germany at the weekend. Held as part of the Dirt Masters Festival, this event attracts thousands of fans who flock to Winterberg to watch 4X ProTour, IXS Downhill Cup, and the impressive Slopestyle event. 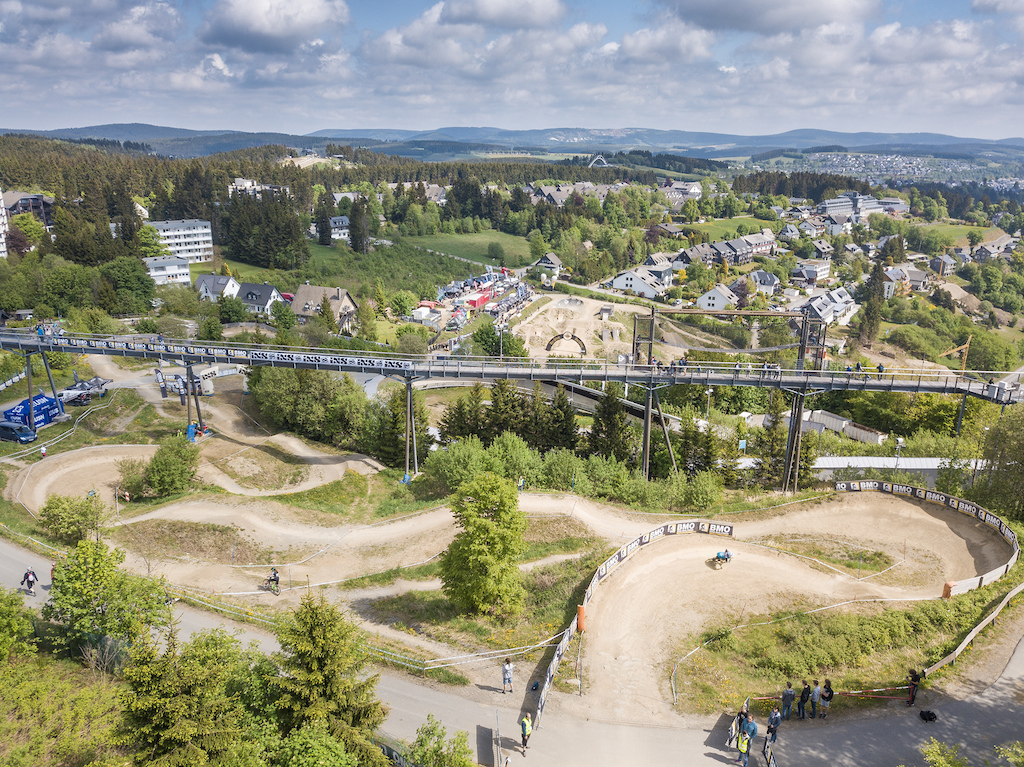 The race had nearly 200 riders entered so practice was busy, and the track had a constant flow of riders as everyone got to grips with it. The weather was dry all weekend, making the track super-fast and dusty. The sun was shining, and the track was great. The format for this year’s race was all on one day. So practice, qualifying and the race itself all took place on Friday 11th May. 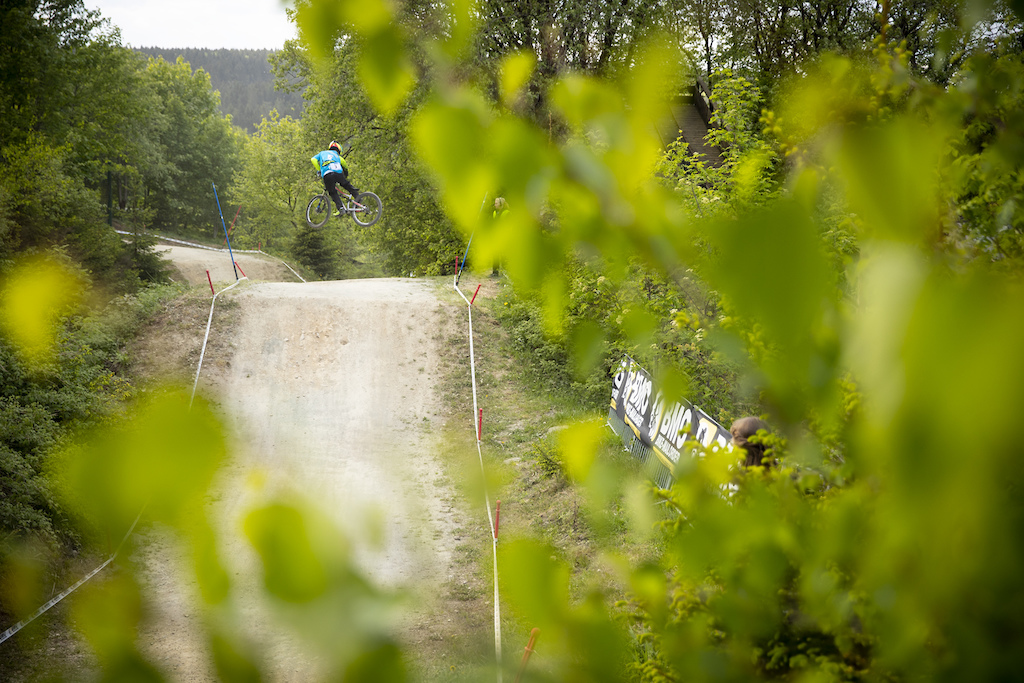 After practice it was qualifying. With just one lap to qualify into the main event, the pressure was on all the riders to have a smooth but aggressive lap.

In the women’s qualifying, it was an amazing ride from Romana Labounkova as she took the fastest qualifier ahead of Vanessa Kager and Tyde D’Souza.

In men's qualifying, there were 58 riders entered so everyone would qualify into the round of 64. Every rider was looking for a perfect run but the rougher track this year was tricky and catching a few riders out. At the sharp end, it was defending 4X World Champion Felix Beckeman from Sweden who had a perfect run to take the fastest time ahead of Benedikt Last, with Mikulas Nevrkla in 3rd. Just two seconds covered the top 27 riders making this an extremely tight qualifying session. 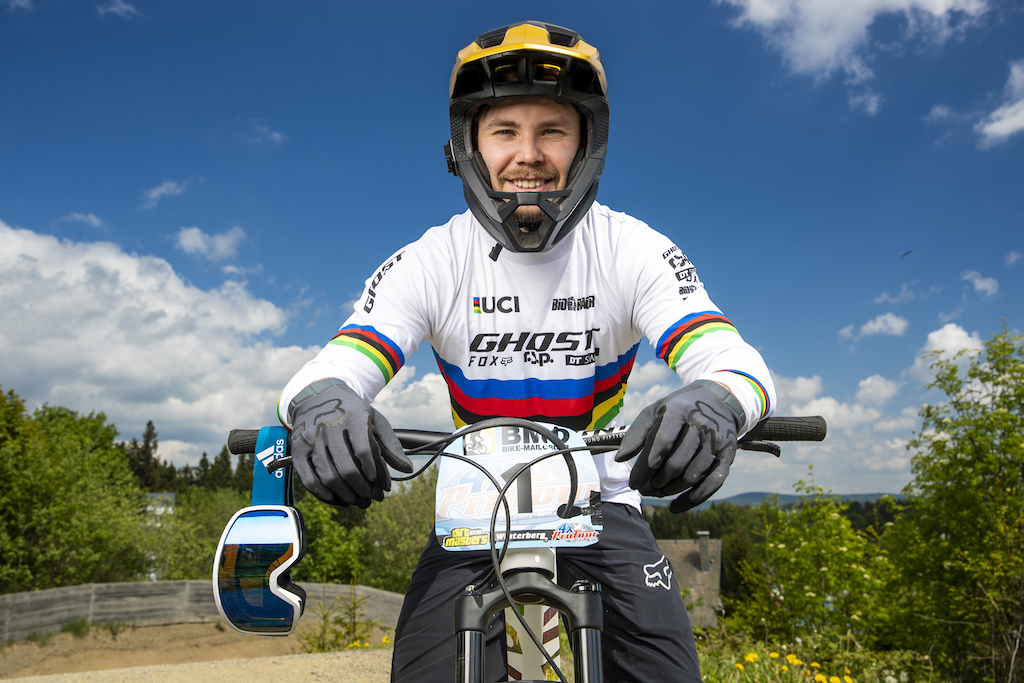 So onto the race.

In the early rounds there were a couple of top riders who went out. 9th place qualifier Connor Hudson unfortunately failed to make it past the second round of racing along with Bogdan Bondor who made a few mistakes.

In the quarter finals Kevin Berginc made the pass of the day on Scott Beaumont to snatch the qualifying position on the last corner. Slopestyle rider Martin Soderstrom also exited in the quarter finals. It was great to see him racing, and without doubt he could easily become a 4X rider now with the speed he had. Beckeman and Last were looking fast and heading into the semi finals they had the vital inside gate positions. 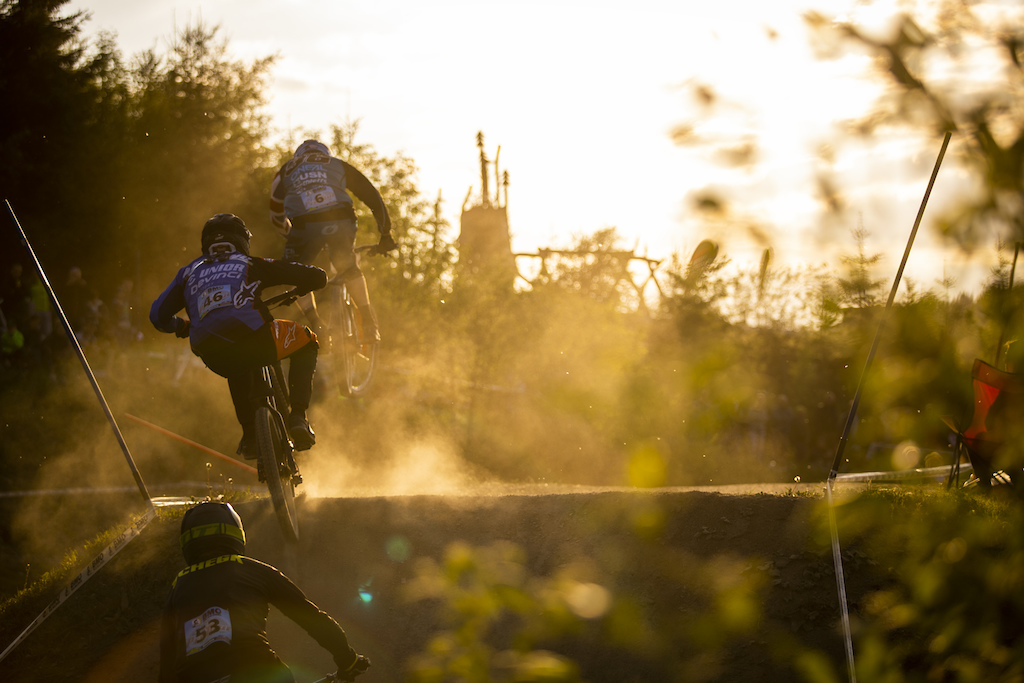 In semi-final one, there was a huge shock. Benedict Last got the holeshot and led the race around turn one. Mikulas Nevrkla was in trouble as Joey Van Veghel went for a pass but crashed out. Kevin Berginc passed both of them in the carnage and held onto to 2nd.

In semi-final two, Felix Beckeman led from start to finish with Quentin Derbier tucked in behind him in 2nd.

So onto the finals and first up were the women. Marisa Roth won the small final to give her 5th place for the day and the final podium position. In the main final, fastest qualifier, Labounkova took gate one, Kager was in two, D’Souza in three and Olga Romzaikina in four. Labounkova made an amazing start and took the lead into turn 1. Kager was close behind. These two battled all the way to the finish but it was Labounkova taking the win from Kager and D’Souza. 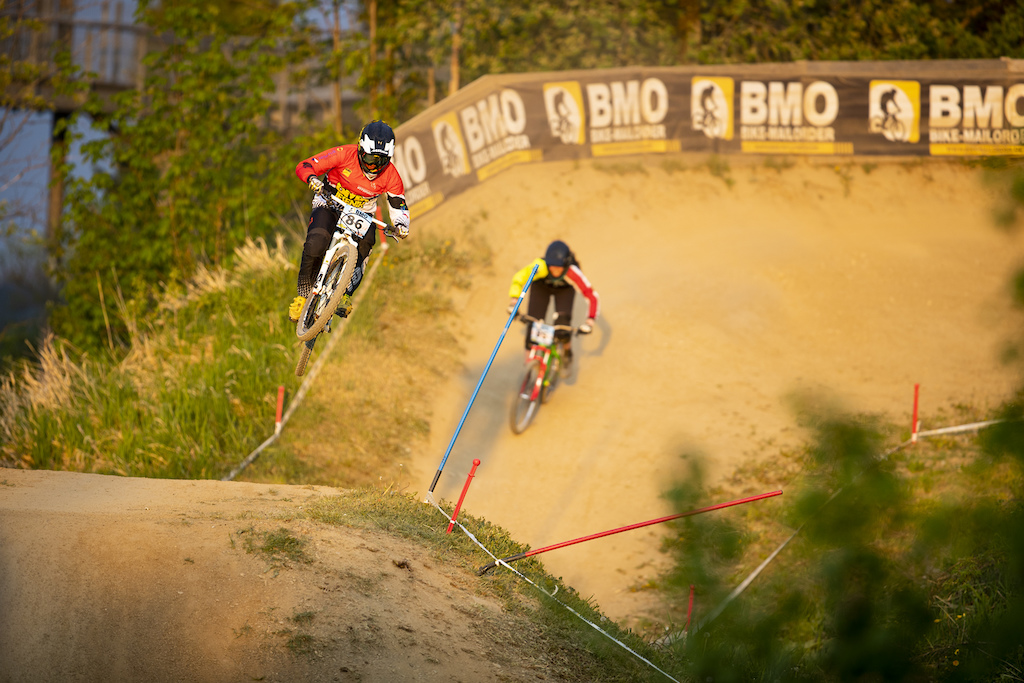 The men’s finals stepped up to the start. Mikulas Nevrkla made no mistake in the small final and won to claim 5th overall for the day.

The last race of the day was the elite men's final. Beckeman took gate one, Last on two, Derbier in three and Berginc on four. As the gate dropped, all four riders were level and something had to give. With a bump and bang, Beckeman came out of the turn leading with Derbier in 2nd and Last in 3rd. Into turn two and Derbier dived inside of Beckeman but couldn’t make a pass. Beckeman led the race until the esses where Derbier again pressurised and dived inside. It was absolutely flat out, tyres on the limit, full gas racing. They were wheel to wheel and that was the way it stayed to the finish line but Beckeman held onto the lead with Derbier in 2nd and Last in 3rd. 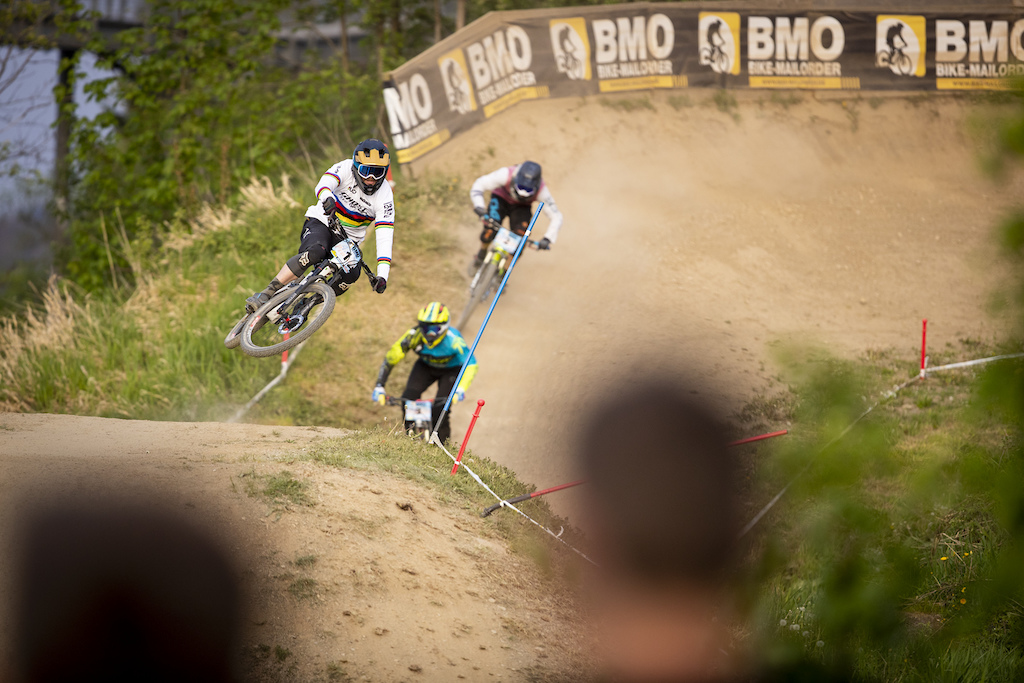 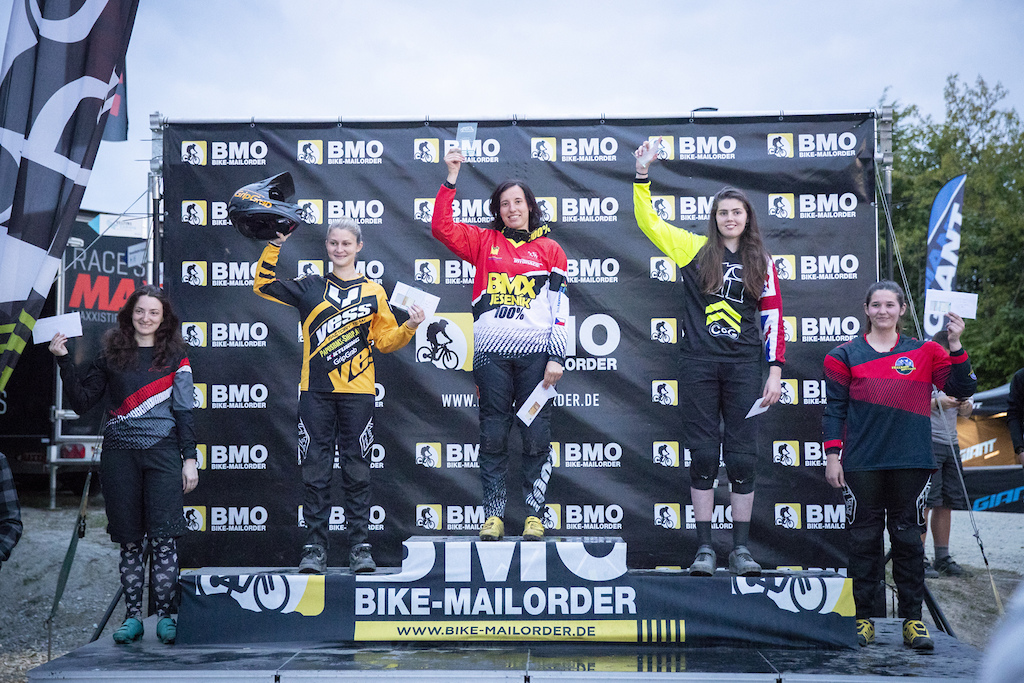 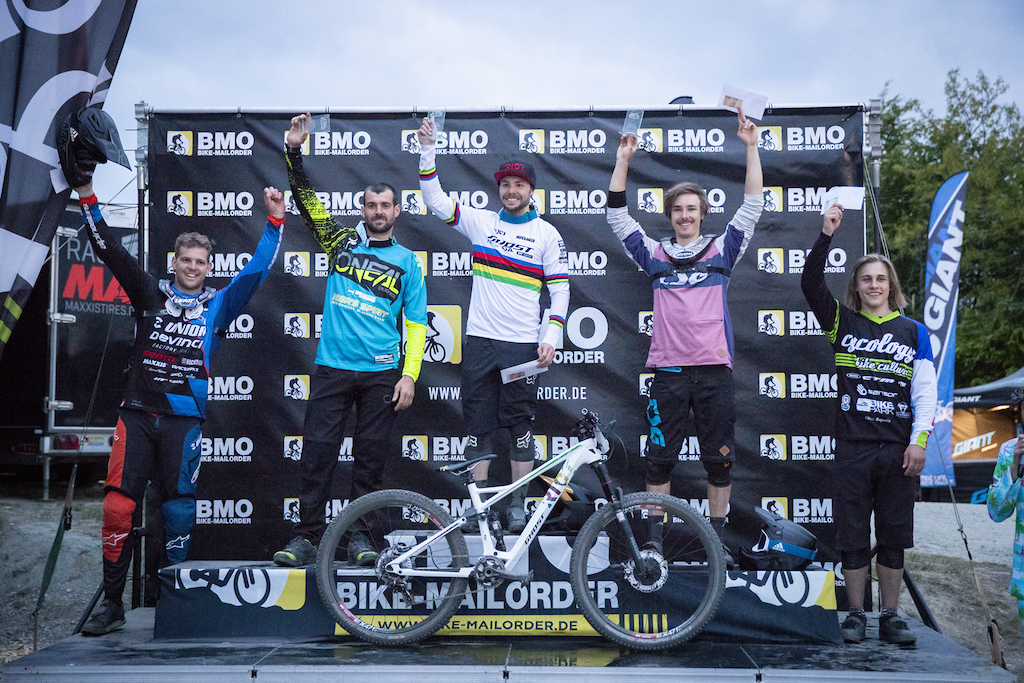 1. Felix Beckeman
2. Quentin Derbier
3. Benedickt Last
4. Kevin Berginc
5. Mikulas Nevrkla
So that was it from Winterberg and round one. Some great racing, huge crowds, a few fresh names and the top riders from 2017 again showing they are ready to challenge the new blood for the 2018 title. The next round of 4X ProTour is in Szczawno Zdroj on May 19th. All the riders are already on the road travelling to Poland to prepare for the race. We will be reporting from practice, qualifying and the race itself but if you have ever fancied attending a 4X ProTour race and you are free next weekend we cannot recommend it enough. It is a real showcase of these riders and their talents on hardtail mountain bikes.

Thank you Winterberg for another amazing 4X ProTour race. 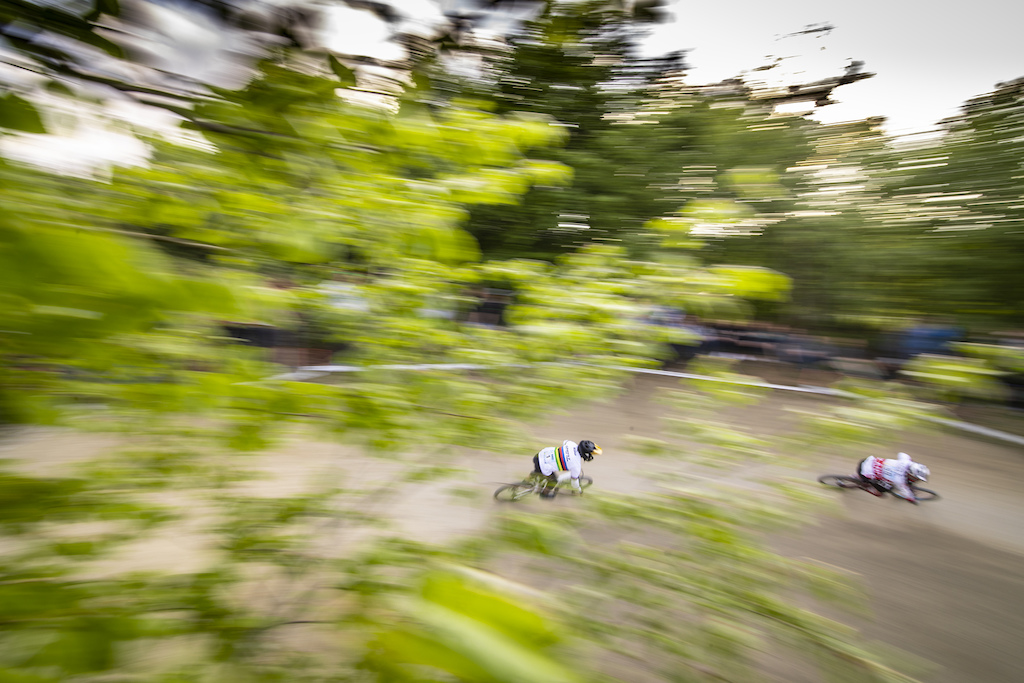 Keep up to date with 4X ProTour on 4xprotour.com.

vinay (May 13, 2018 at 7:20)
It is in the Winterberg bikepark. You can go there and ride the track. I think they call it the six cross as it is wide enough for six riders.

which did not happen