Video: The MTB Scene is Blooming in Little-Known Spot Outside Brighton

Dom Knight - Home Is Where The Heart Is

Generally, Steyning is a place unheard of, beautifully nestled in the country just outside Brighton, it keeps quiet enough, but its mountain bike scene comes with a little more excitement. Whether you’ve heard of it or not, Steyning Trails definitely deserves credit, along with the people behind their maintenance and the riders who keep this place alive. 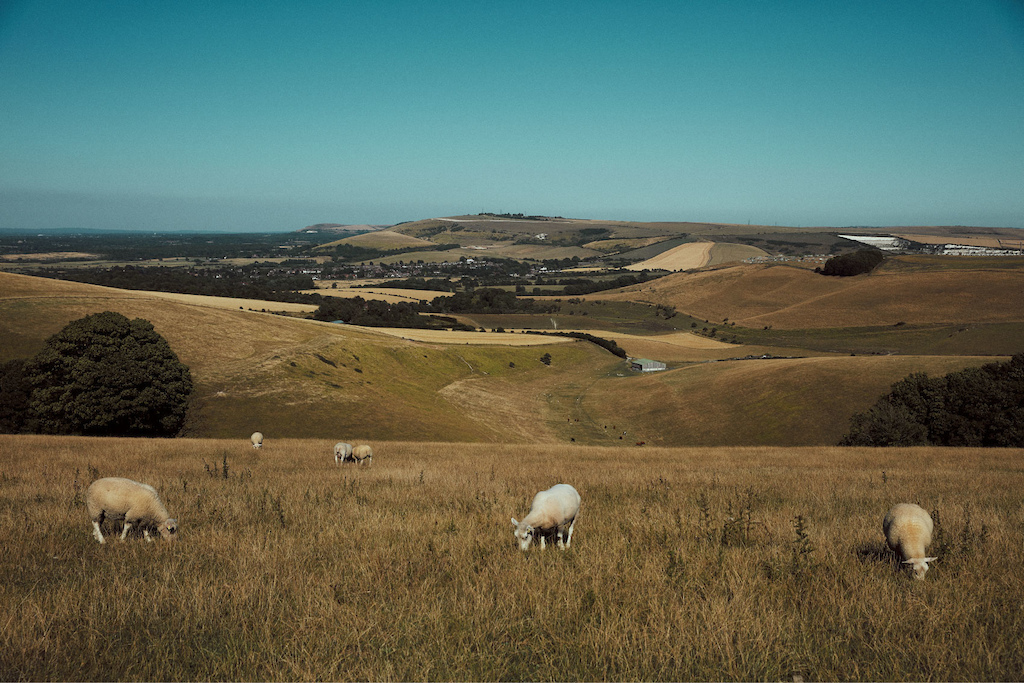 I can honestly say I never thought Steyning would become a designated MTB area, with marked trails and rules! This place may not be what it used to, but it’s stable, it’s alive and it plays a part to so many riders, including myself that call this place their local. This is an insight as to why Steyning and its trails will forever remain my home at heart, the place that gave me something to live for. 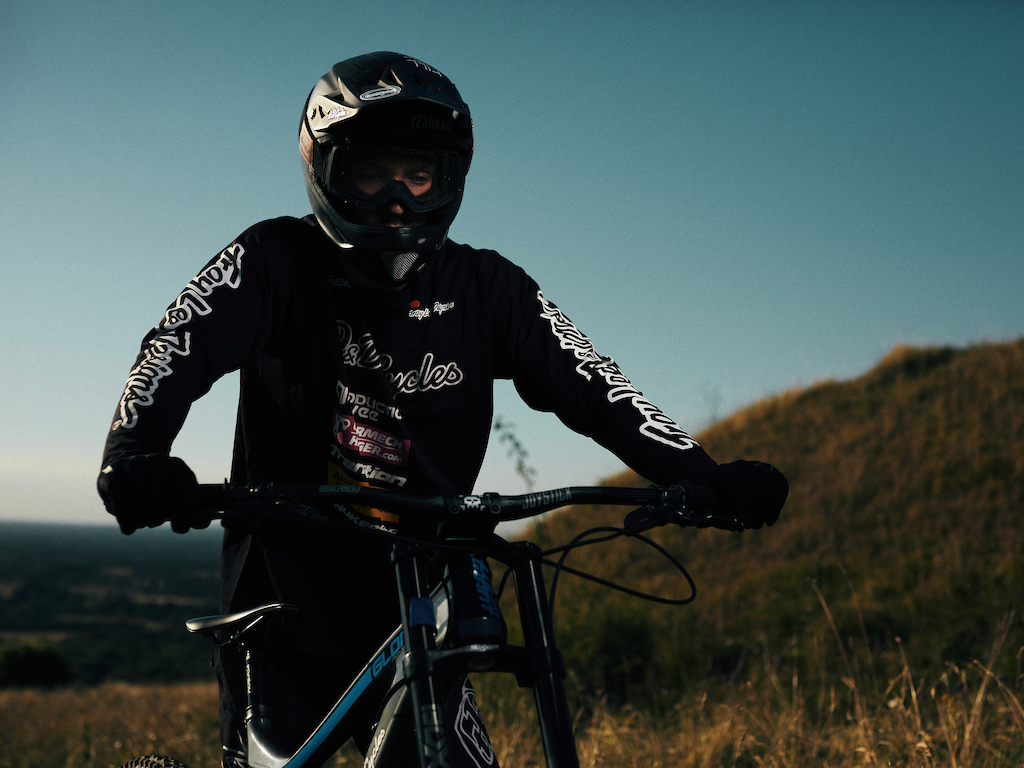 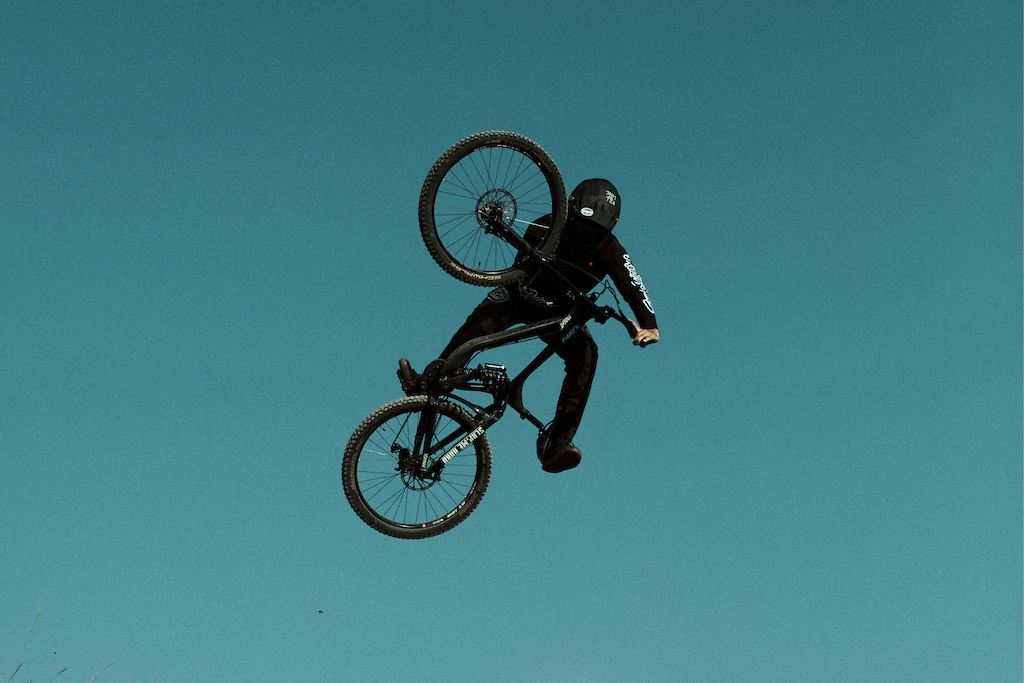 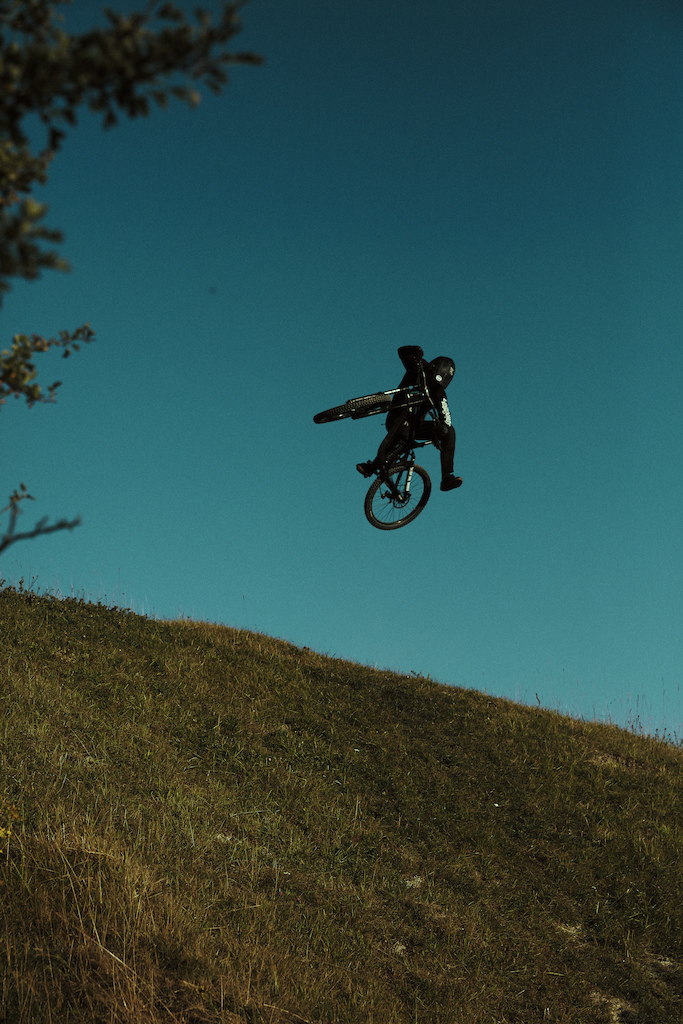 What used to be a few lines, rutted in by locals, developed into a small, close hub of mountain bikers. As the years went by, its location, people and trails started to grow, not only in size but also in popularity: its rumours spreading to all sorts of riders, from local shops, weekend warriors to riders as well known as Ray Sampson and World Cup rider Josh Lowe. At its peak, Steyning had trails that would make most bike parks look easy! Black Run, a trail with a short but sweet lifespan, consisted of sketchy senders up to 40ft, each hit just as good as the next. This line was not for the faint-hearted, it was not inspired by a bike park, this trail was inspired by who’s balls were biggest.

However it was short-lived before it was even finished, a life-changing injury for a rider on track lead to the owners of the land requesting this trail to be destroyed, and this is where the conflict began. How much can we build, how big can we build it, where and most importantly how can we make it safer? Steyning died down for a bit after this, becoming a graveyard of trails. Then a new generation broke through, new riders, new builders, new negotiators. People who wanted this place just as much as the last, but with more motivation. 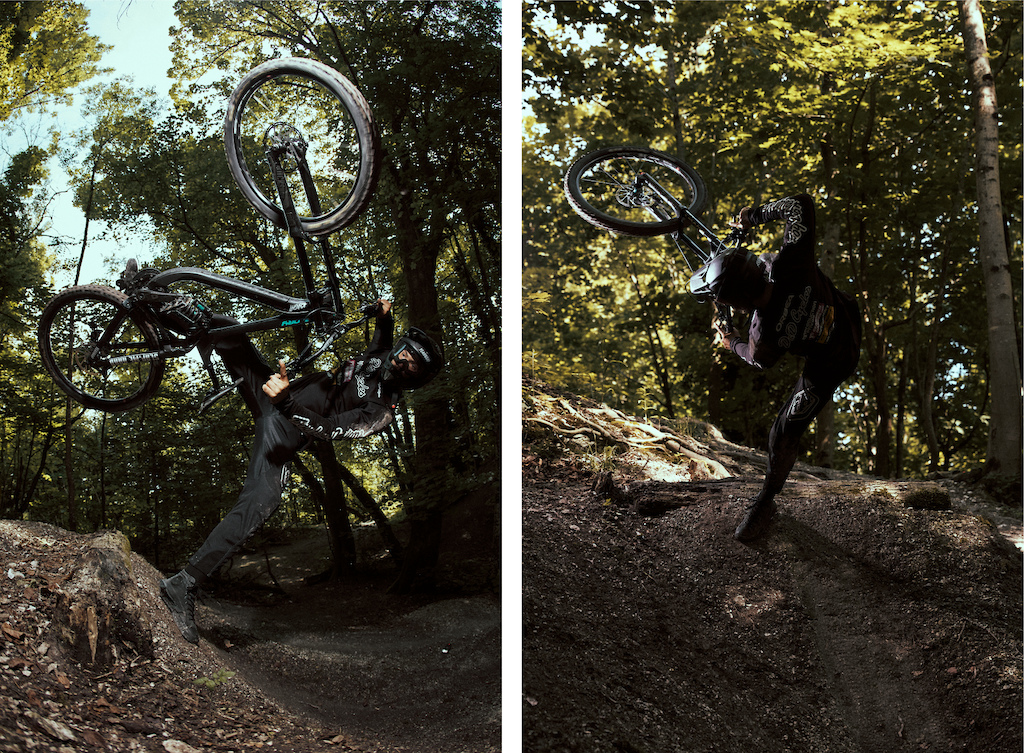 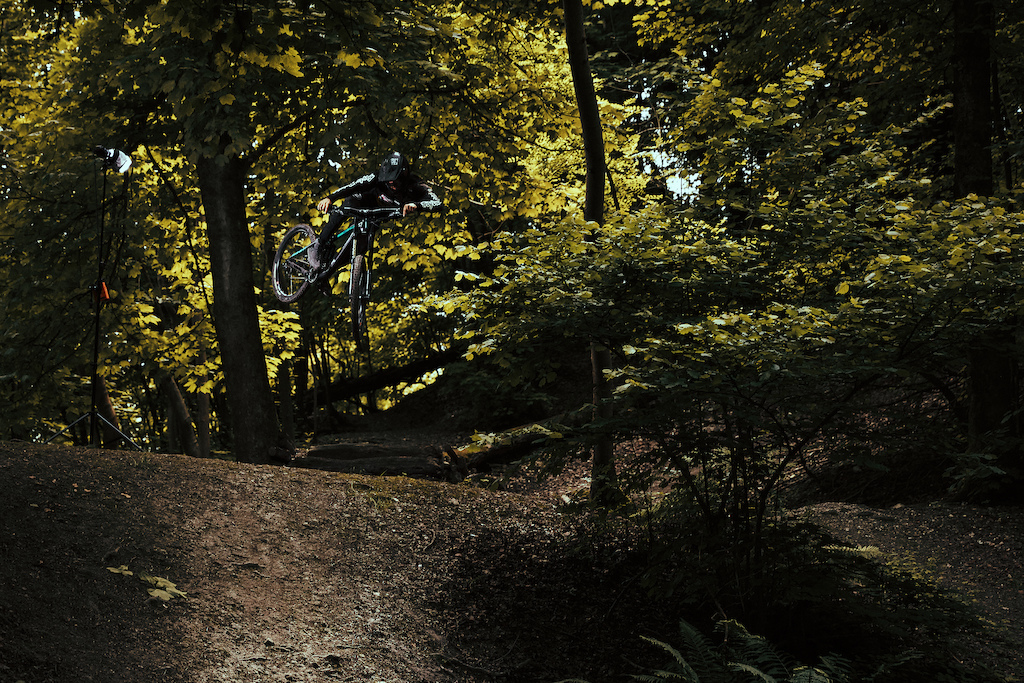 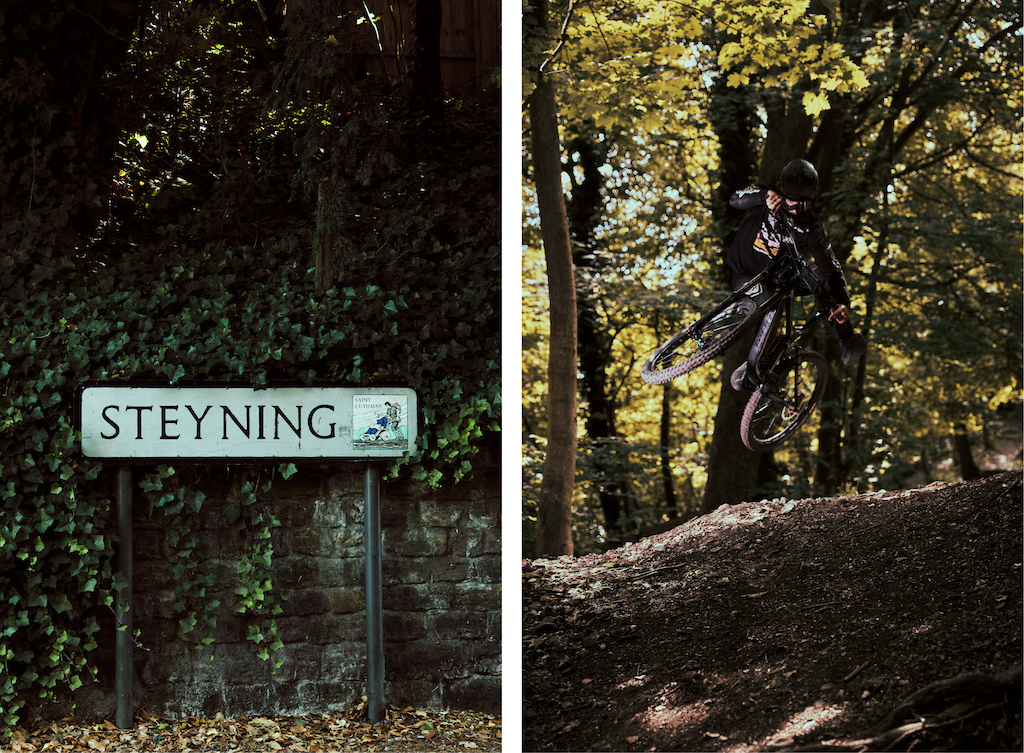 Bostal road couldn't get more country if it tried, the most beautiful 360-degree views of West Sussex, no road markings, single lanes and no obvious speed limits. Some would say it wasn't the best idea to go dig a line off a cliff next to a road. The drop itself was already there, its not a massive gap but I wanted to be the first to hit it. A cliff I’ve had my eye on for years now, I just needed a reason and a team with me to make it happen. The road was definitely a little busier than predicted and the run in was so short, which added to the stress of trying to send it without looking like a squid. I’m not a huge fan of hucks and there was a lot to think about other than style with this one. To my surprise we were good to shoot after an hour of preparation, a small bit of hedge cutting, smoothing out a landing and we were good to go. With Sam getting on with angle setups etc my spotters took care of the road and we went on to grab some bangers. 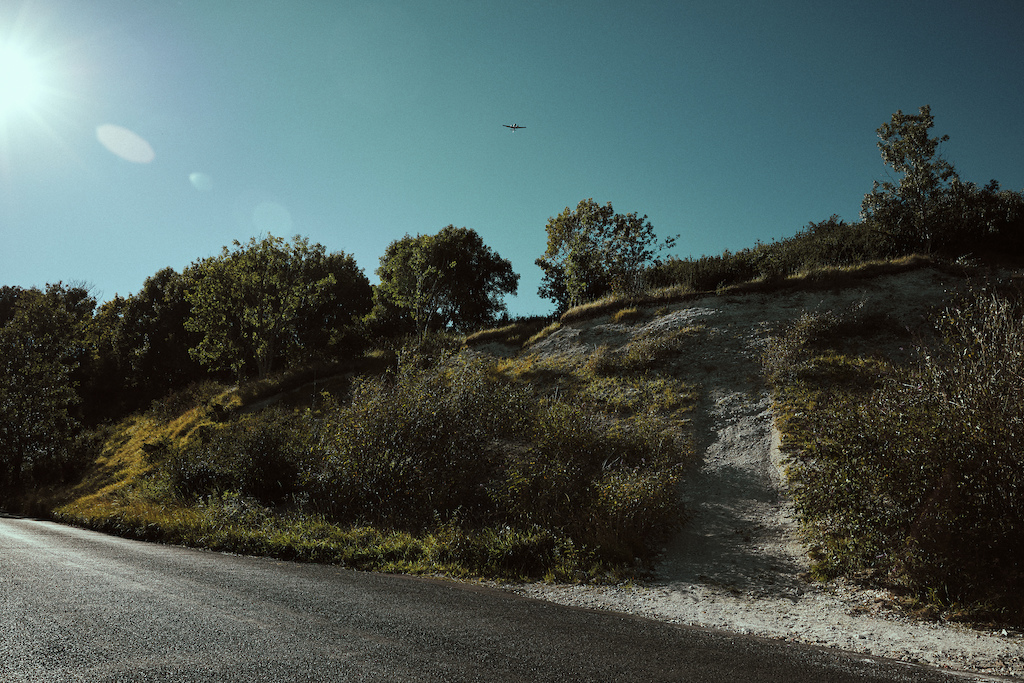 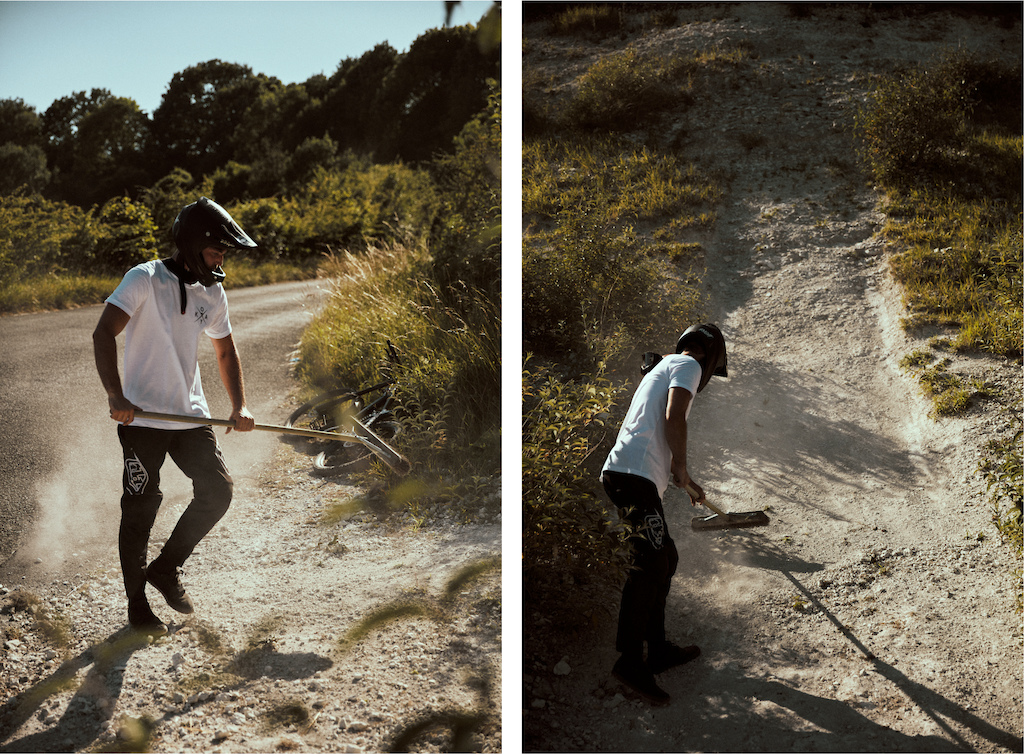 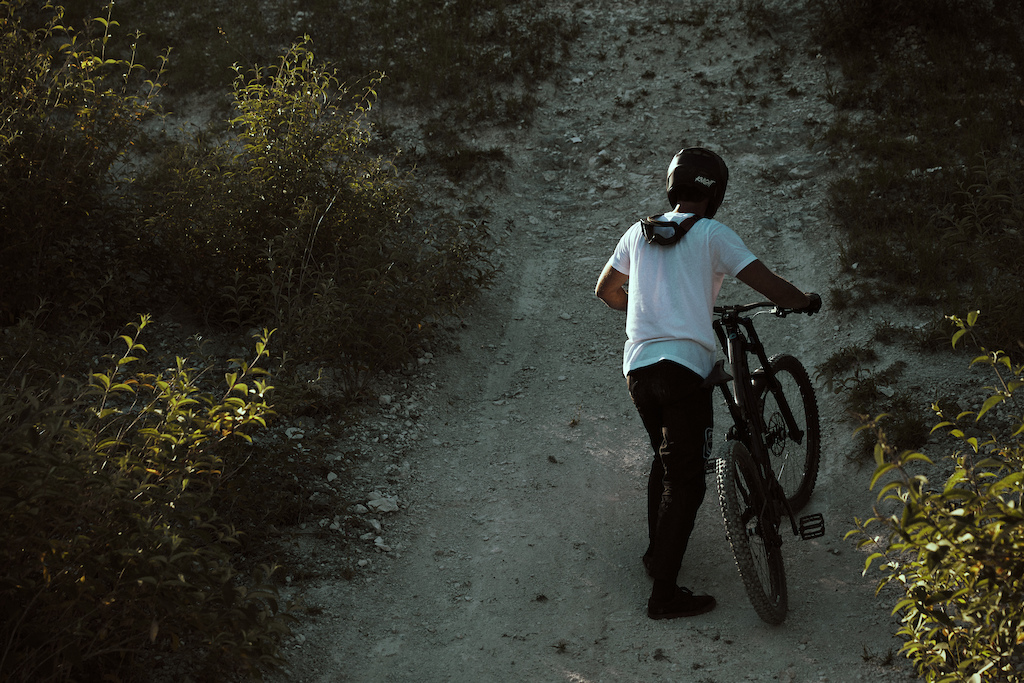 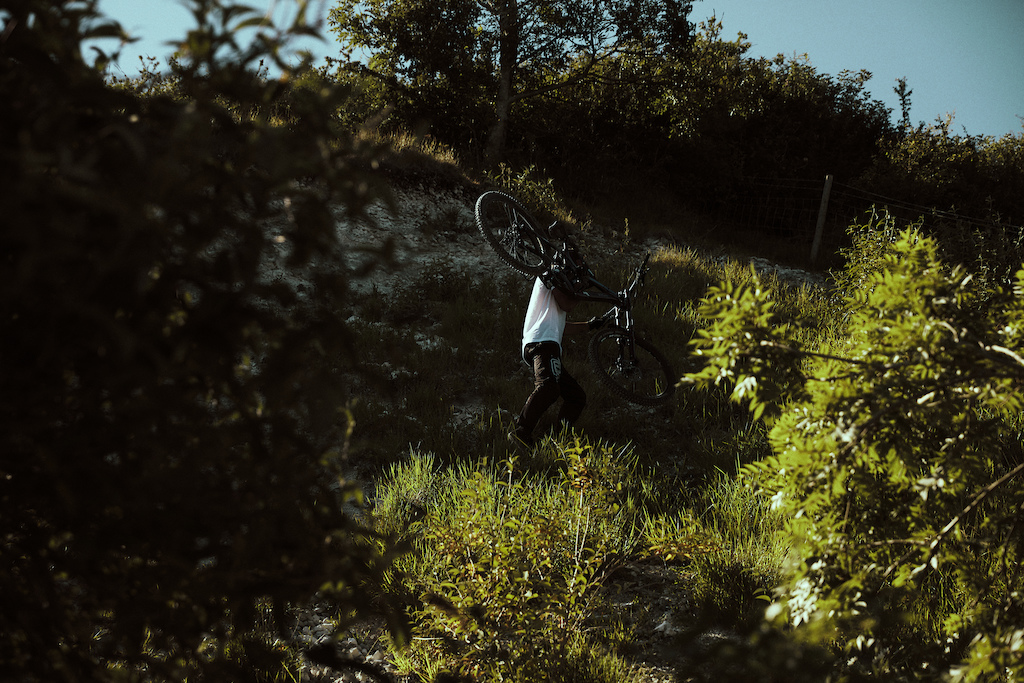 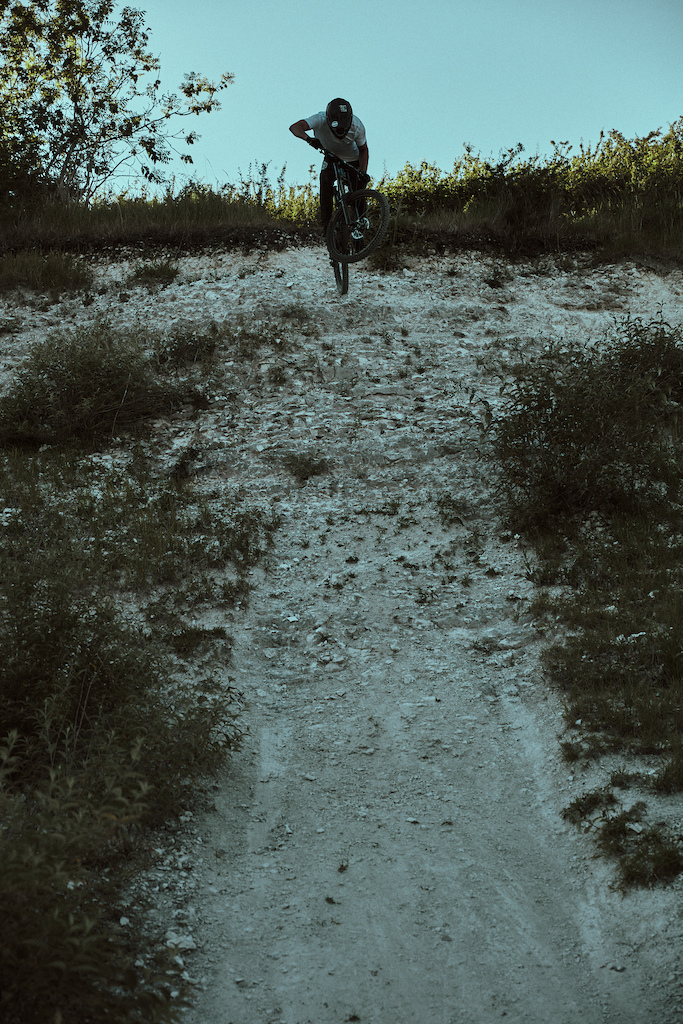 As popular as Steyning is with its surrounding mountain bikers, mountain bike clubs etc, it pays to be a local. There's so much more to this place than people will ever know. If its a social ride you're looking for, if you want to go share lines with each other, feed of each other vibes, then Steyning trails no doubt has the potential fulfil those desires, but it the spots that remain unheard of by most, the spots that allow you to escape everything, soak in the beauty that surrounds you. It these moments, along with its trails, I’m so lucky to have on my doorstep. I've been coming to this spot for years, other than the people who built it, I’ve never seen a single mountain biker up here, you have a front row seat to West Sussex alongside one of the sickest hip jumps for miles.

It's these gems that make this place home... This is Steyning. 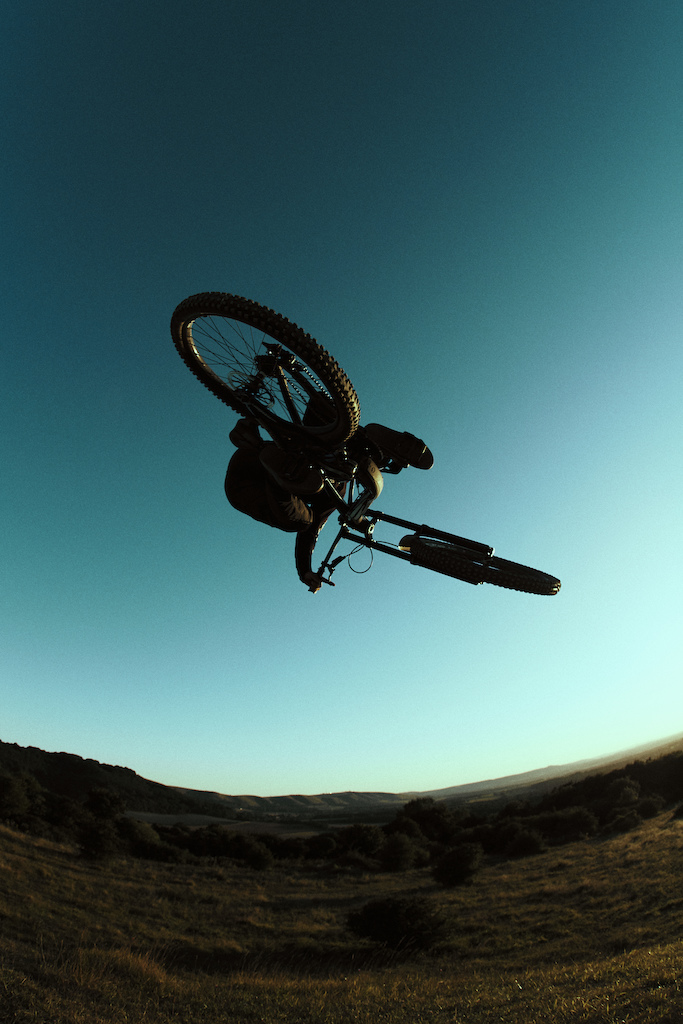 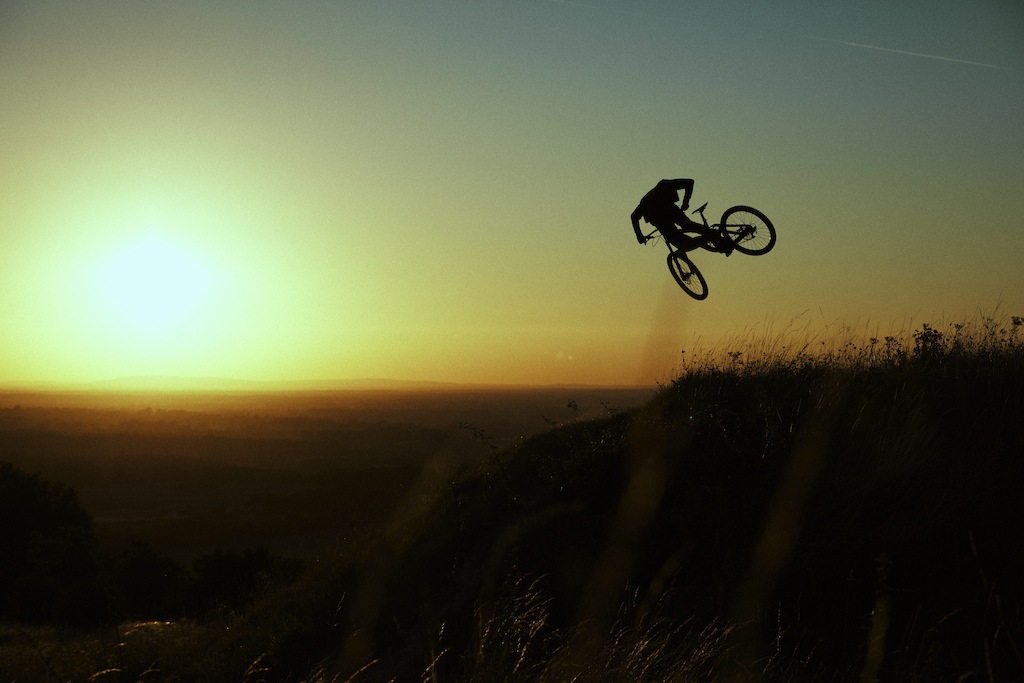 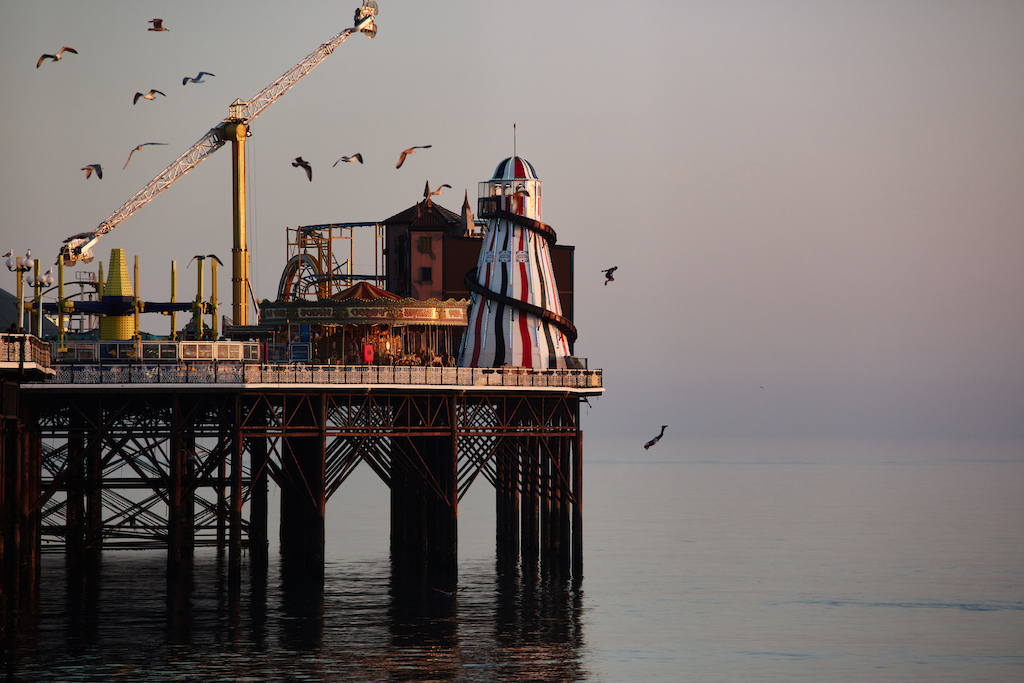 How we ride Brighton Pier. Our Jungle Gym with team rider @thesaint1985

GeeHad (Sep 18, 2018 at 2:19)
Great vid and pics. I once slept in a field in Steyning while hiking from Guildford to Brighton along an old abandoned train track. True story. You folks have a lovely town with a great pub. Ahh the UK in summer.

muggomagic (Sep 19, 2018 at 10:17)
Great stuff. This is local to me. I stick to the easier stuff (been looking at the bigger jump lines for ages but haven’t yet plucked up the courage) but I’ve been riding around that area for many many years and what you’ve all done up there is amazing. Thank you for all your hard work.

el-nombre (Sep 19, 2018 at 14:00)
I've been to Steyning a few times but not in a good few years. Think it was just sort becoming official when i last rode. Has it expanded much or is still only sort of 3 or 4 different trails (at least maintained ones anyway)?

Daveyraveygravey (Nov 6, 2018 at 4:52)
My local trails too, although I am too old and sensible to attempt many of the jumps. I'm happy just to be able to pedal up the Beechwoods section to the top/start of the trail. Although the council have smoothed that out recently. There's some lovely riding around there, I hardly ever bother with that part, although I am grateful to the guys that look after it.
If you're looking for that last place, Bostal road is a little further along towards the coast from the main trails area. I always thought the tracks were made by 4wd nutters who wanted to see how far up they could get their Defenders and Jimnys.

aljoburr Plus (Sep 18, 2018 at 6:02)
I once slept on beach in California, then heard a helicopter fly over, next got herasted by police look like fun trails!

sickbicycleco (Sep 20, 2018 at 11:00)
My favourite local place - get up there as often as possible Amazing photos too. Awesome work