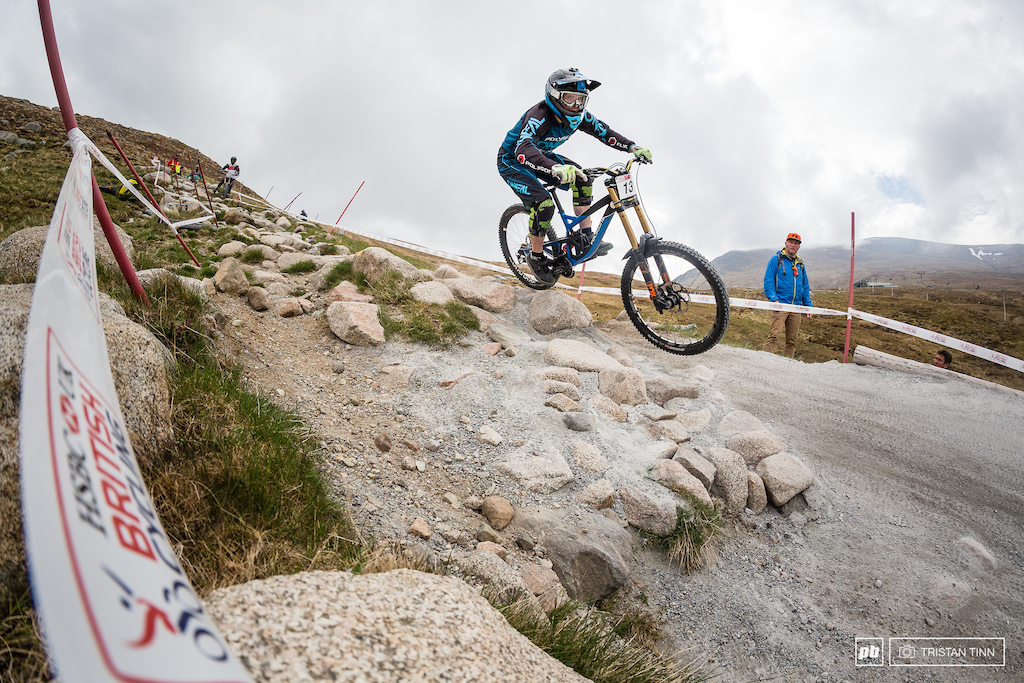 British Cycling has been struck another blow as HSBC has exercised a break clause in its contract and has ended a sponsorship deal that was supposed to run until the 2024 Olympics.

BBC Sport reports that the bank pulled the sponsorship due to a "shift in its UK marketing and partnership priorities" and the relationship will finish at the end of 2020.

The deal is thought to be worth 10mGBP a year to the British governing body that has been rocked in recent years by accusations of bullying and sexism. Former British Cycling senior doctor Richard Freeman has also been charged with helping a rider to dope following a mystery testosterone delivery to the national velodrome, his tribunal will resume in spring. HSBC has also gone through its own turbulent period recently and announced last week that it will be axing 35,000 jobs after its profits fell by a third in 2019.

As part of the sponsorship deal, HSBC also the title sponsor of the UK national series for downhill and cross country. British Cycling told us that this will continue until the end of 2020 although it is unclear what will happen after that.

We spoke to an insider who told us that this isn't good news for British Cycling, especially as it comes during an Olympic year. They said that British Cycling funding is crucial for prize money and UCI fees for the national series and while this money isn't coming directly from HSBC it has to come from somewhere. Hopefully, British Cycling will be able to find another large sponsor before the end of the year to continue to provide this level of support for mountain biking in Britain.

Julie Harrington, chief executive of British Cycling, said: “On course to get over two million people cycling regularly, British Cycling’s partnership with HSBC UK has delivered lasting benefits for our sport and for communities up and down the country.

“We will part with HSBC UK as firm friends and, in the meantime, look forward to working with them to support our riders to achieve their best in Tokyo."

shredddr (Feb 25, 2020 at 11:05)
what about the middle man being cut out of the market? #supportyourlocaldealer

Gavalar66 (Feb 25, 2020 at 9:15)
I suppose that making 35,000 people redundant, instigated by Noel Quinn, in order to cut costs by £3.5bn, is more of a concern than sponsoring one countries team on a global playing field, a shame at such an important time for British cycling and the turmoil within it.

haydendmorrison (Feb 25, 2020 at 9:10)
I assume it has far more to do with things going on in HSBC than anything to do with British Cycling...

RoadStain (Feb 25, 2020 at 9:28)
This is the internet. We would rather eat some tea leaves, spray them against the wall in some gassy diarreah expolsion and then try to read them.

scott-townes (Feb 25, 2020 at 18:56)
What are you talking about? I thought providing banking services for terrorist groups and money launderers was a solid business plan.

"Here at HSBC, we don't care where the money came from, you're fam."

RoadStain (Feb 25, 2020 at 9:14)
All joking aside, there are in general two kinds of sponsorships. My company (that I own) for instance will sponsor events simply for the love of the sport. We do not at all expect a ROI nor a tax deduction for the contribution to a given event/company/sport.

HSBC, on the other hand, would need to see an ROI on their investment. Much like Gatroaide sponsoring IronMan Triathlon or Trek/Specialized/Giant sponsoring a cycling event. Will the potential increase in cutomer base offset the cost of the sponsorhip? If not, it is not a hard decsion to pull the funds. That just makes business sense.

Boosting (Feb 25, 2020 at 10:27) (Below Threshold)
How were they expecting a return with a 10milllion/year return endorsement? It's not like everybody is gonna switch banks because they sponsor the national team. I don't think they were doing that simply for the ROI. Nice try tho, business chap.

DeeWheelson (Feb 26, 2020 at 0:24)
@jaycubzz: I usually withdraw my ROI investment returns from the ATM machine using my PIN number.

RoadStain (Feb 26, 2020 at 3:31)
@T-Bot: @T-Bot: the thing is, in the current world. Say Timex sponsors Ironman. Some internet nut goes out and finds that one of the competitors is a convicted sex offender...next thing you know the ONLY thing you see is that "Timex supports sex offenders" not the reality at hand. Then maybe they find out the sex offender rides a Specialized.........this is what is wrong with the "Woke".

As for morality? I do not care if my broker burns the whiskers off of kittens if he performs.

Balgaroth (Feb 26, 2020 at 8:05)
@Boosting: This type of communication operation is only for pure Notoriety and remain in the main brands clients can think of when looking for financial or banking services.Very very hard to quantify any real ROI for this type of communication but once your company has been that big and established it is something you need to do. Same as for Coke, McDo, Nike and so on. So throw away millions just to have your logo as often and everywhere as possible, Cycling, especially with the olympics is not a bad choice, but like someone said, it seems they have other concerns to deal with.

Fix-the-Spade (Feb 25, 2020 at 11:57)
@matt-15: Probably, we are infamously inept after all. The real obstacle would be those damned Aussies and the doubly damnable Dutch. They are very good a track cycling.

iamamodel (Feb 25, 2020 at 16:17)
@Fix-the-Spade: Aussies are good at track cycling because here we have to fight the coriolis effect riding counter-clockwise in the v-drome. When we compete in the northern hemisphere it is like having extra watts. Science.

Every country pumps money in to home Olympic success - there’s a noted cycle of improved results 2 cycles before a home Olympics and 2 after. The money hose does a lot, and normally at some point, coupled with pressure to perform leads to ethical issues.

vinay (Feb 25, 2020 at 8:56)
Well yeah, if this sport federation is involved with sexism, bullying and doping I get that the sponsor doesn't want to be associated with them anymore. Good to learn that it is playing fair and decent is what pays and making a mess of things actually implies that you're getting less money than you were hoping to get. HSBC is voting with their wallet.

A scumbag of a company.

wallheater (Feb 25, 2020 at 20:16)
I still remember the smirk on HSBC Vehicle Finance's bosses face when someone read out a script say that we were all fired in favour of some Sri Lankans. Still, I f*cked off to Whistler off the back of it and never went back, so the joke's on you

korev (Feb 28, 2020 at 8:28)
A couple of years ago British Cycling had people here for a local XC race here in Basel just before the Lenzerheide WC. The HSBC branding was pretty noticeable!

Bomadics (Feb 25, 2020 at 9:15)
All athletes worldwide better get used to the idea that the Olympics will not happen this year, or maybe ever again.

ilovedust (Feb 25, 2020 at 12:44)
@Feideaux: Im with you on this. Cronovirus is likely to put a stop on the olympics especially given its in Asia. Given $100 billion was wiped off the Stock Exchange today because of it, the Olympics is mere small change. Time will tell.

vinay (Feb 25, 2020 at 23:47)
@Feideaux: Nah, I just hate the Olympics. The idea of having top athletes together in one place and celebrate sport was a cool and romantic one. But as I grew older I realized it is also a big shitshow of nationalism, manipulation, ego and money grabbing over the bags of athletes and people who happen to live in the place that has to be cleared for the construction of the olympic village.To then be left with a load of concrete which in most cases is useless for the people living there. In the UK and Japan the situation is obviously better than in China and Brazil but most of it is still pretty messed up. So if they ditch the Olympics for once and for all I'm happy.

Let’s hope UK kingdom and the USA of America can strike a trade deal.

dj100procentenduro (Feb 25, 2020 at 11:03)
@CrispyNuggs: cause it provided much needed promise of war free Europe after the disasters of early XX century? Cause it let European countries to form an unprecedented cooperation on many different levels? Cause borders disappeared?

ilovedust (Feb 25, 2020 at 12:46)
@dj100procentenduro: Im neither for nor against but there are more than a few countries wishing they could control their boarders right now.....

CrispyNuggs (Feb 25, 2020 at 10:28)
Haha good one wankstain, I mean road stain. Still, we are still way more successful at mountainbiking and cycling in general. @RoadStain: