Husqvarna to Join EWS-E With Alex Fayolle as Rider 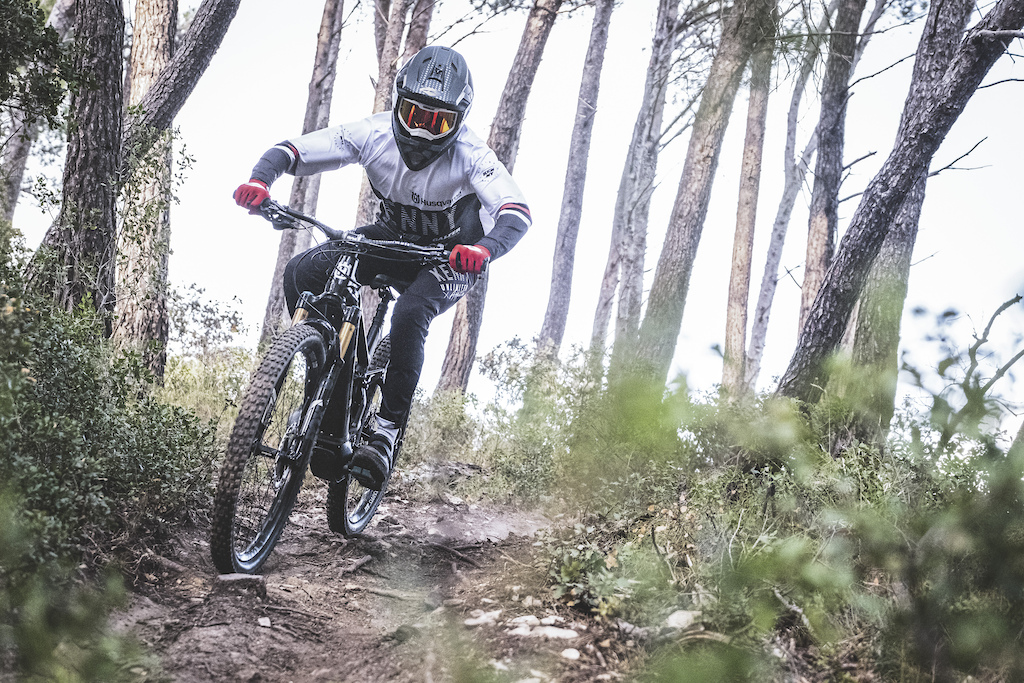 Husqvarna will be entering the EWS-E series next year with World Cup downhill winner Alex Fayolle as the sole rider.

Husqvarna is a Swedish power tools brand but will be most famous in the mountain bike world for its motorcycle division that was spun off in 1987 and now operates under KTM. 25-year-old Fayolle announced his retirement from World Cup downhill racing on October 17 2020 after racing as a privateer that year. Fayolle spent 10 years racing downhill and his career highlight came at Lourdes in 2017 when he came away with the win in a rain-affected event. 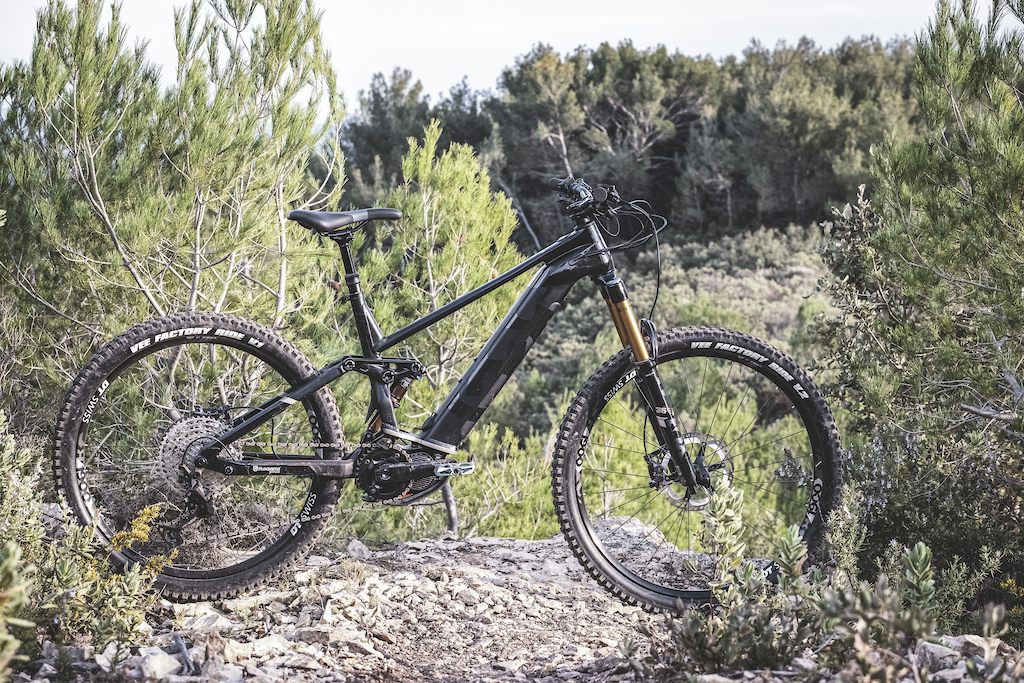 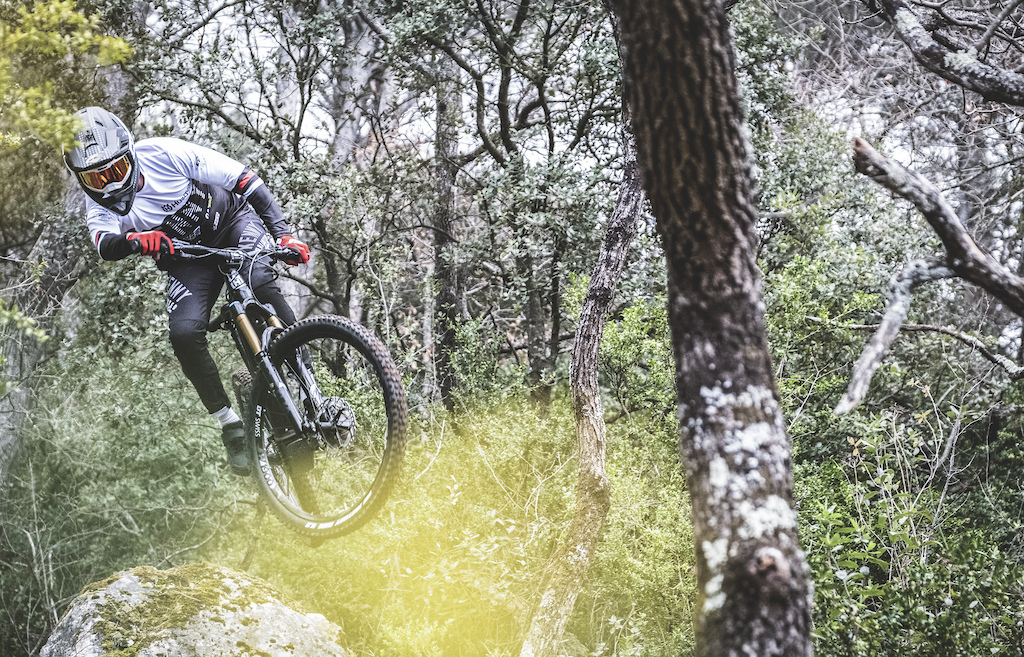 But why do most eBs come specced inline shocks, or small piggybacks instead of straight up X2s, SDs, etc.?

cassonwd (Mar 5, 2021 at 6:24)
I have often wondered the same thing about the rear shock choices on many EBikes. I have blown out multiple IL shocks on my current gen Stumpy. I'd be going thru 1 a week on an EBike.

mark4444 (Mar 5, 2021 at 7:42)
@cassonwd: I've blown them out as well... I really think e-bikes suspension kinematics are still an afterthought at many companies... Fortunately a few are now coming out with bikes specced with proper-sized shocks.

tankthegladiator (Mar 5, 2021 at 9:23)
@RonanM825: it all fairness it's only a 150mm ebike, so the parts spec matches the tires. Look at the other models in their lineup like the Hard Cross or Extreme Cross.. I didn't know there was a need for an E-DH bike!?

theperfectline (Mar 5, 2021 at 20:21)
@QuebecPoulin: bahah, I've said this since I got mine - we need a trail builder edition with pull out electric saw, powered by the bike

KalkhoffKiller (Mar 5, 2021 at 6:03)
I think the mother company is called pexco and they label their frames for KTM, Husqvarna, Ducati and Raymon. Boomers love it when they have the same brand bike and chainsaw.

Upduro (Mar 5, 2021 at 6:22)
@KalkhoffKiller: aren't raymon basically repainted Mondrakers? I saw some small times insta influenza dude in my targeted ads and his bike just looked like a Superfoxy with a different paint job.

ReformedRoadie (Mar 5, 2021 at 7:40)
@KalkhoffKiller: what a mess:
www.electrive.com/2017/12/09/ktm-industries-launches-electric-bicycle-brand
I was referring to the Huskys being KTM motos with different plastic/paint.

ebrown123 (Mar 5, 2021 at 8:28)
If you take a look at the KTM and Husky ebike sites, they appear to be totally different models. It seems like the Husky brand is geared more towards gravity while the KTM models are more for xc / marathon.

ebrown123 (Mar 5, 2021 at 8:46)
@bigtim: I agree there is overlap. Husky makes a gravel e-bike and step through commuter too. I am saying that Husky's mountain e-bikes are solely gravity focused whereas KTM is covering more of the segments.

mattwragg (Mar 5, 2021 at 22:36)
@KalkhoffKiller: Close, but not quite - Pexco have Husqvarna and Raymon, KTM are separate and Ducati are working with Thok these days, although they did work with Bianchi in the past. And none of the moto brands are directly attached to their parent company, they license their name (at least for now).

And @ReformedRoadie - the Gasgas launches soon...

whambat (Mar 8, 2021 at 6:36)
@KalkhoffKiller: I think this is for all the urban millennials that dress like lumberjacks.

fracasnoxteam (Mar 5, 2021 at 6:53)
I'm sure husqy put a lot of money an rd in this bike and it's not a catalogue bike just to make money during the ebike hype.

freestater (Mar 8, 2021 at 12:06)
@fracasnoxteam: like the snowboarding hype and the 29er hype and ski lift hype. i get it now thanks for clearing that up

rcrocha (Mar 5, 2021 at 7:03)
It's a no go for me. I checked the specs and there is no coaster brake!
www.husqvarna-bicycles.com/en-int/models/all-mountain/mountain-cross-72021.html

DoubleCrownAddict (Mar 6, 2021 at 9:23)
Even with no enduro experience, I would expect him to be one the favorites in ews e racing with his DH skills if he can manage the climbing stages ok. The competition level will be much higher this year, and it will be more interesting to watch.

alperson (Mar 8, 2021 at 16:08)
Why does KTM even do this? They’re the same company and only really dif in paint. Even their Moto3 bikes are the same, just a different name. Just seems odd with KTM having such a good rep overall in the 2-wheel race world.

chriskneeland (Mar 5, 2021 at 7:25)
So it's like EWS with all the transfer stages are chair lifted. Not every endurance.

withdignityifnotalacrity (Mar 5, 2021 at 12:12)
EWS-E actually has an uphill stage which is kind of cool.

alexisalwaysonfire (Mar 5, 2021 at 8:56)
that rear shock placement all I see is rocks and gravel getting caught there ...

Navarchus (Mar 6, 2021 at 7:53)
I Hear the use rotary saw blade as their chain ring This way you can do some trail building along the way...

mtbfunfunfun (Mar 10, 2021 at 5:48)
When they stop having those fat down tubes, how will I know which articles to just scroll past?

(I do know that it actually is, but still.)