After a tough weekend battling the elements at round one in Rotorua, it was nice to get some downtime to whip all the bikes and gear back into shape and get ready for the next race weekend. The whole team also enjoyed a few days of rest and took the opportunity for a quick surfing adventure in Ragland before heading to Tasmania.

After arriving in Tasmania, the team explored and thoroughly enjoyed the newly established trail network in the Blue Derby region. They found that this sparsely known region contains some truly world class trail. So by the time practice started everyone was smiling, and the freshly built trails on each of the stages were blowing people's minds. Going into this event nobody knew what to expect, but the hard work and long hours put in by the trail builders had put in definitely paid off. The stages had a good mix of everything, and the team was having a blast practicing the 7 stages as well as riding some of the other trails in the area before the weekend.

Unfortunately, on Sunday the sun disappeared and the sky was gray with rain coming in over the race village. When the riders started their liaison to the start of stage one the skies really opened up and it poured. It was looking like a repeat of the prior race in Rotorua, but fortunately, the trails here in Derby consisted of a more sandy soil and rocks which held up better in the rain.

Robin Wallner attacked the stages hard in practice, and was looking comfortable in the technical terrain Derby had to offer. He was definitely looking for a solid result after a mechanical in Rotorua forced him to abandon. Robin had a good day on the bike and was sitting in 6th position at the lunch break, but unfortunately, he hit the ground twice on stage 4 which cost him some valuable time. Despite his troubles on that stage he held on for a solid 12th place, which definitely shows he is on pace for a good showing in Madeira in a few weeks time. 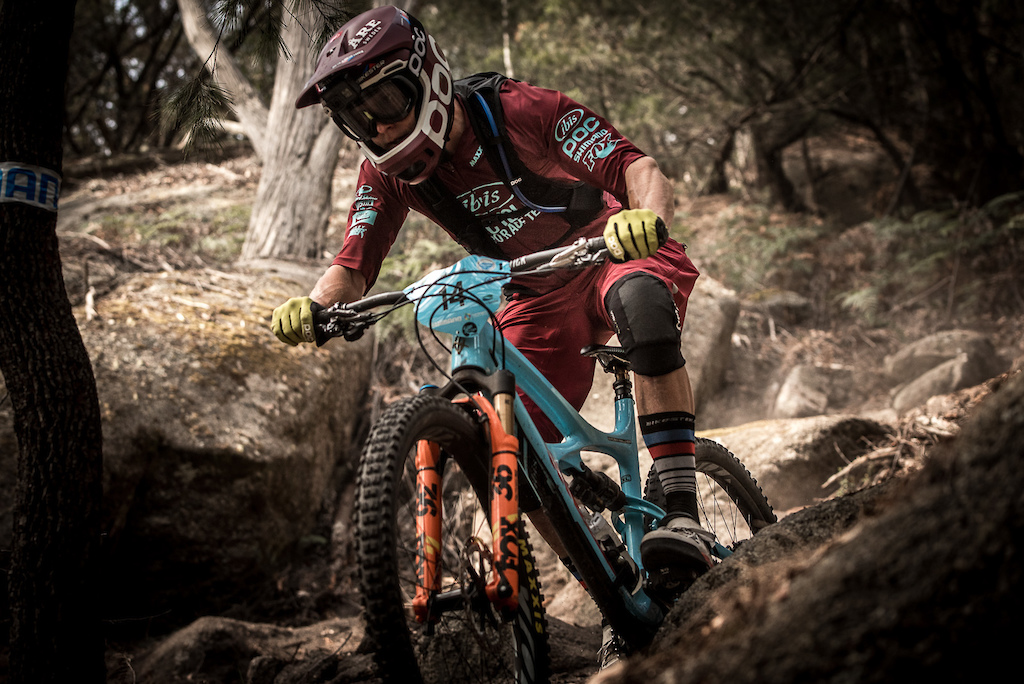 After pulling his best EWS result in Rotorua, Zakarias Johansen came into this round with high expectations for himself. He felt fast and on pace after following Robin's lines down the more technical stages in practice. In the rain on Sunday he struggled to get up to speed, and with some brake issues on stage 3, it turned into a tough weekend for him. Despite all this, he finished the race and managed to score some important points for himself and the team. Zakka currently stands 23rd in the overall. 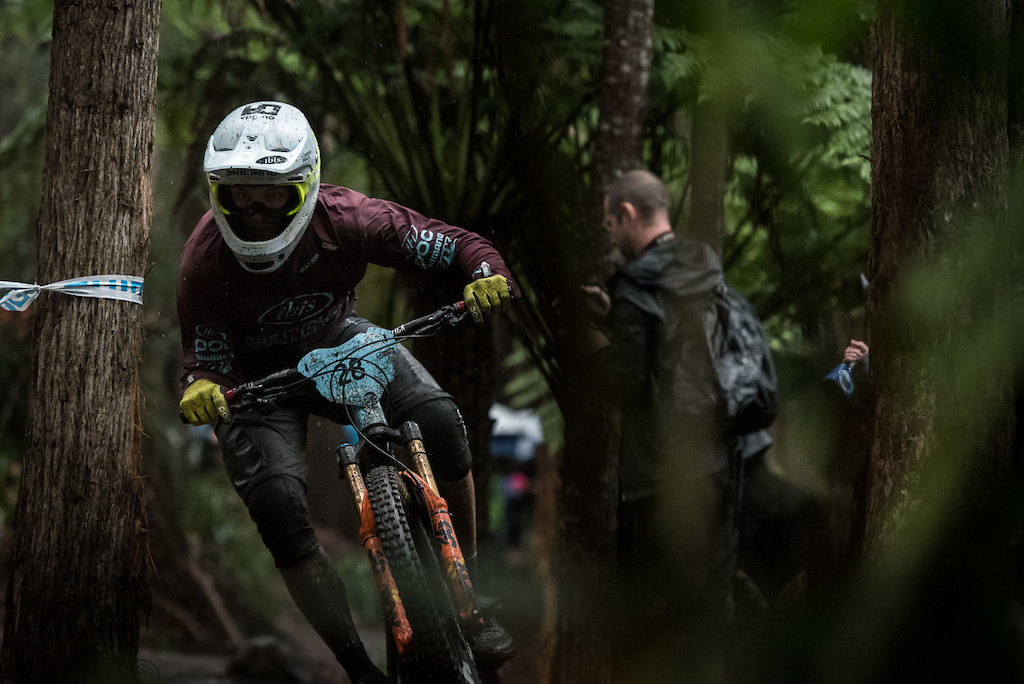 Anita Gehrig, fresh off the podium in Rotorua, really enjoyed the trails in Derby and was feeling confident after her performance at round one. However, raceday turned out to be a hard one for Anita, but she showed what a fighter she is. After a mechanical half way though the race, Anita was forced to run the last stages just to finish the race and collect a few important points. 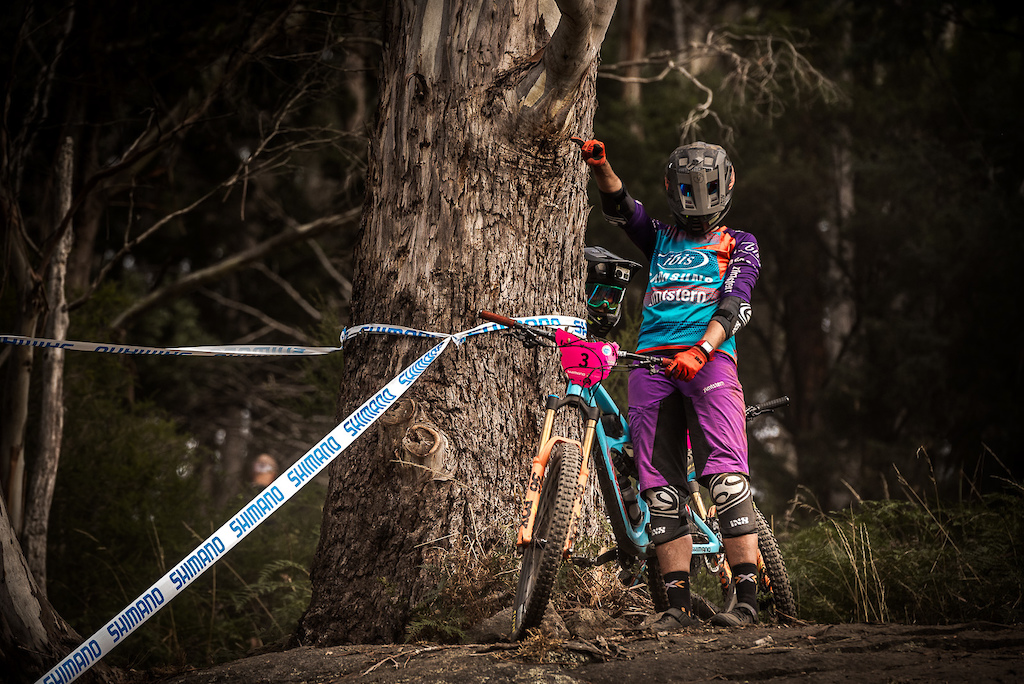 Carolin Gehrig was loving the steeper, rough terrain and was on fire in the early stages of this race! Brilliant riding through the first half of the day had her in contention for a spot on the podium, but sadly that all changed on stage 4. That was where her spare tube somehow shook loose from her frame and wrapped up in her front wheel. She lost almost two minutes on that stage trying to untangle the tube from the wheel but kept on going in spite of her bad luck. Her persistence paid off and she finished the day in 7th position. 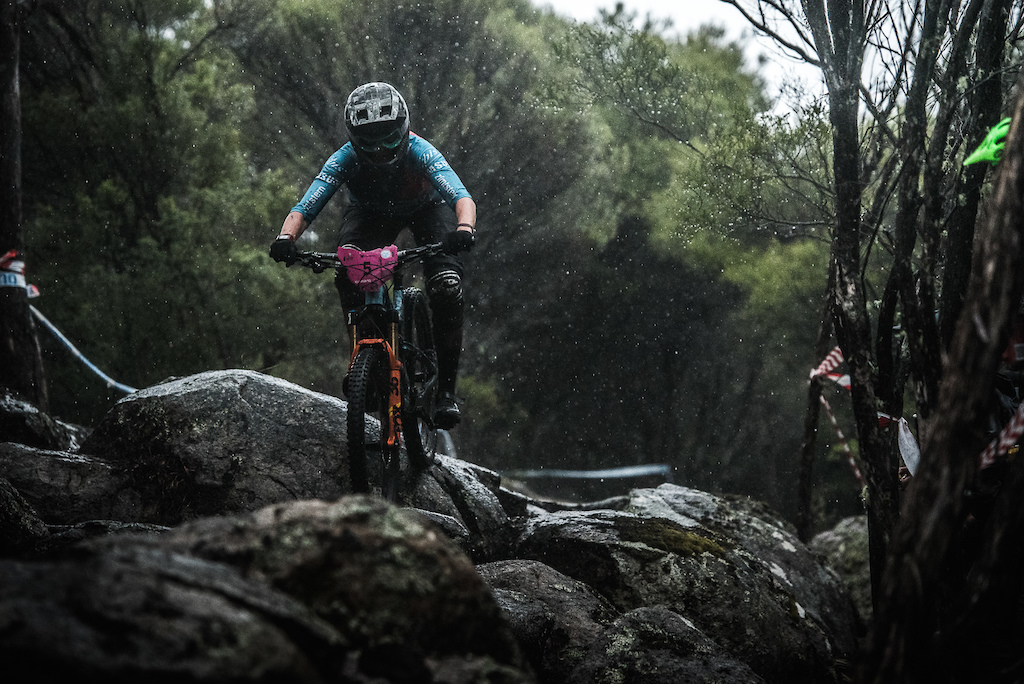 This was not the perfect weekend the team had hoped for, but with everybody in the team fighting hard until the end they managed to collect enough points to take the 3rd spoon on the podium in the team competition again! Sometimes never quitting really makes the difference. 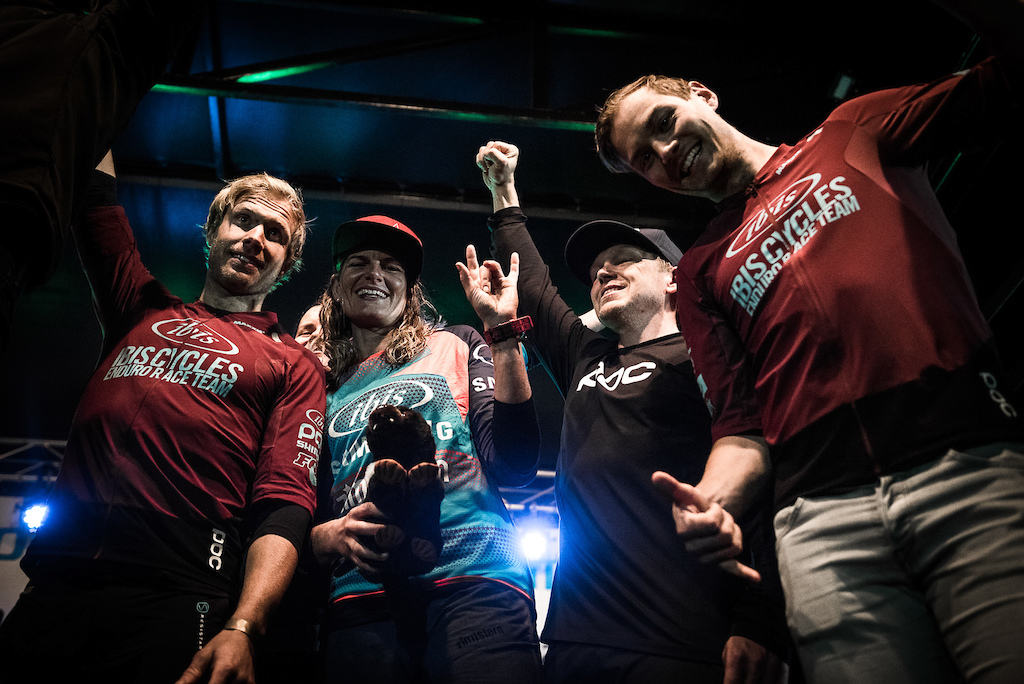