Ibis is beyond stoked to announce the 2019 Ibis Enduro Team.

Robin Wallner joined Ibis four years ago, when he first made the leap from racing World Cup Downhill to Enduro. He’s become an invaluable resource in testing and development, as well as a Team Dad (both literally and figuratively). We look forward to working with him for many years to come. 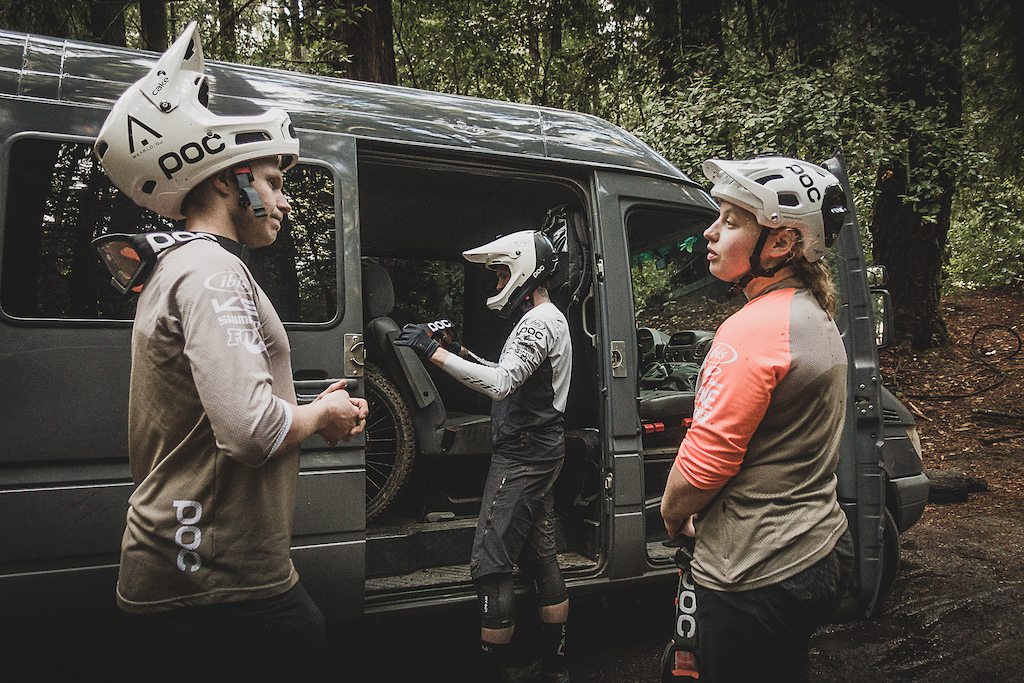 The Team gathered in Santa Cruz in December for some early season training, some secret product testing and some serious training in the gym.
After winning the EWS Team Championship in 2017, 2018 was a rebuilding year with new faces, Bex Baraona, Julie Duvert and Lewis Buchanan. The team was rounded out with leader Robin Wallner. 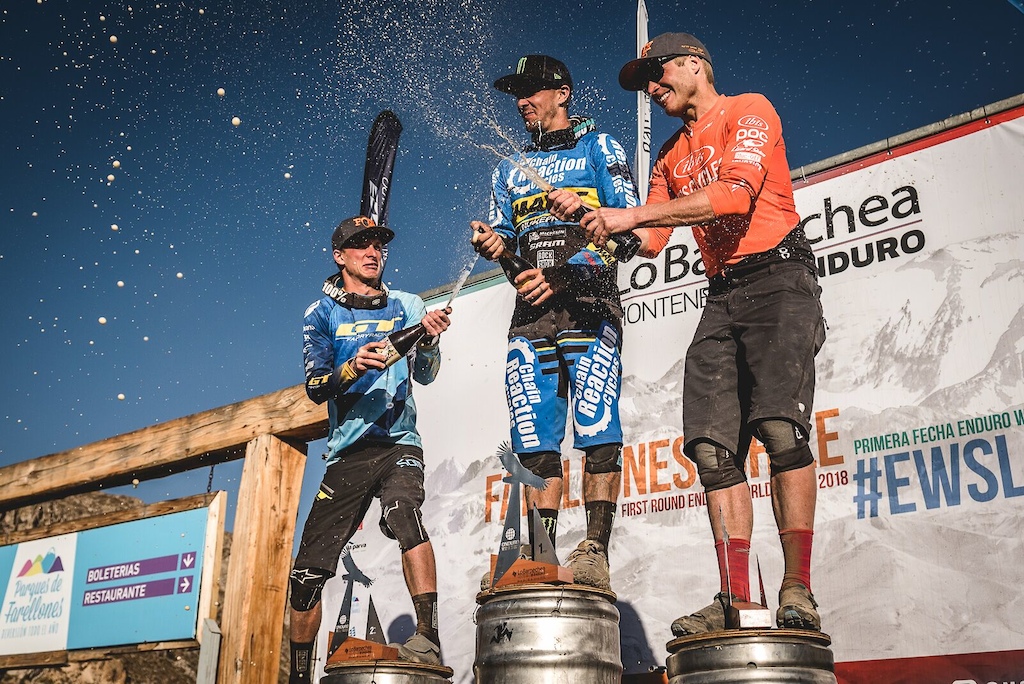 Robin battled the Chilean Anti-Grip at the start of the season to claim his first podium finish. Photo Credit: Dave Trumpore
The team instantly meshed, with Robin Wallner and Bex Baraona kicking off the season with their best career results ever - on the yet unreleased Ripmo.

As the season progressed, Robin earned another podium finish, and was consistently finishing in the top 10. He was ranked number two until he skipped La Thuile to be present at the birth of his son, Ted Wallner (your future 2040 EWS Champion). 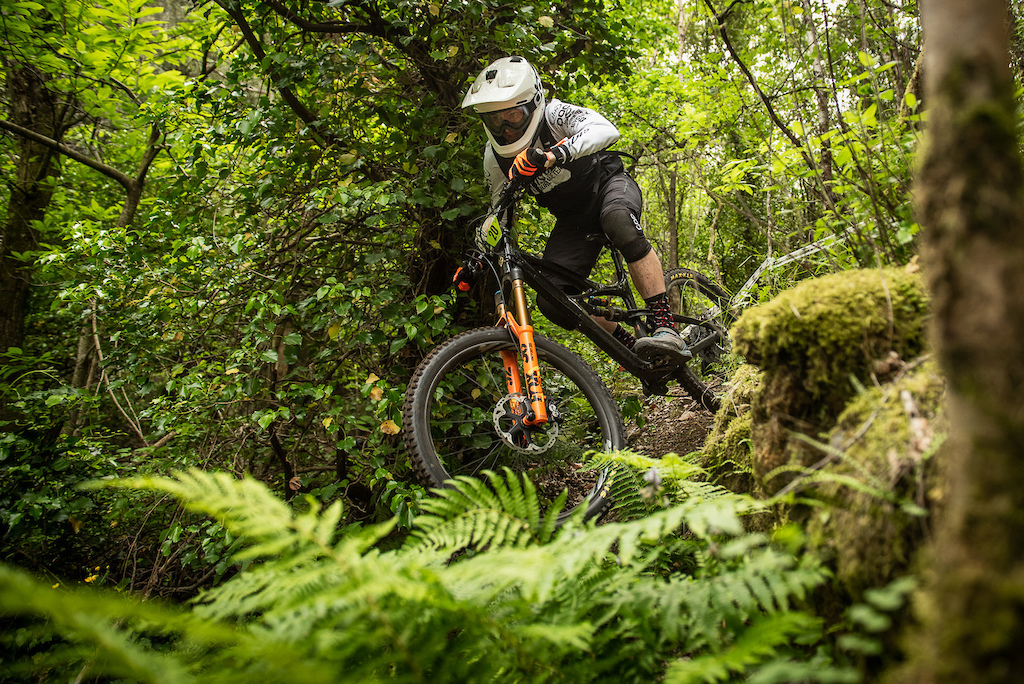 Lew, a Scotsman, made the wet conditions in Olargues look easy. His ability to ride in the muck earned him his first top ten finish of the season. Photo Credit: Dave Trumpore
After a previous season riddled by injury, Lew was ready to prove himself. He made an early switch from wagon wheels to 650B and would go on to clinch the British Enduro Championship and earn a top ten finish at Round 3 of the EWS. 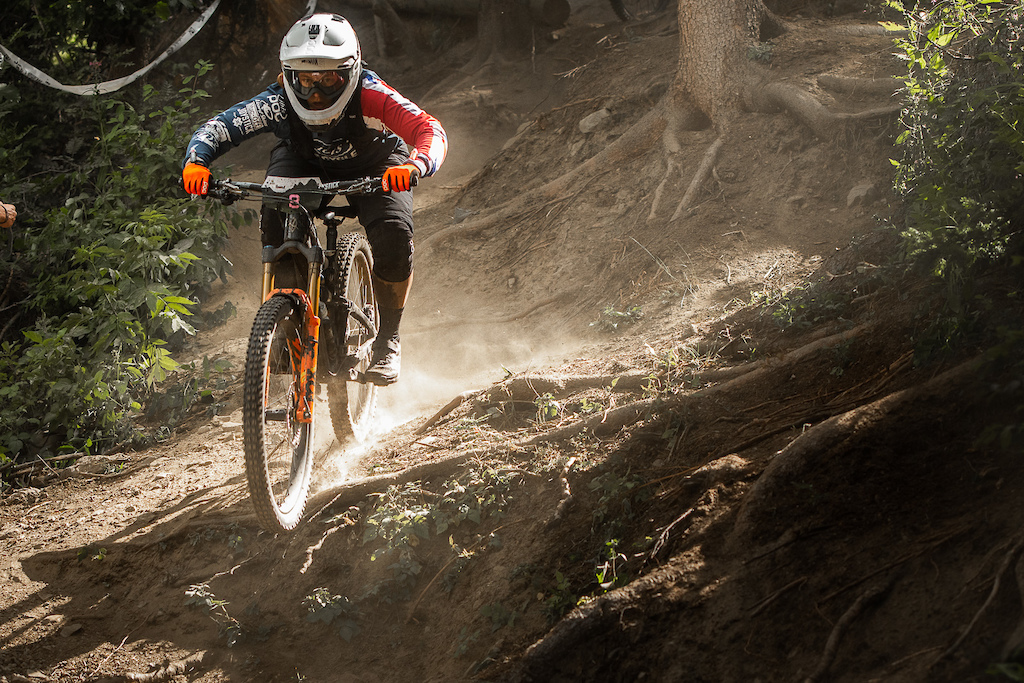 You see those stripes on Bex's right arm? You have to win a British National Championship to wear them
2018 was Bex’s first year on a team, with access to a race mechanic, data analytics, and the support from everyone at Ibis. As a privateer, paying her way around the world, she finished a wildly impressive 8th. This year, she clinched the British Enduro Championship alongside Lew, finished in 4th at Round 1 in Chile, and consistently finished in the top 5.

Despite a handful of injuries (and the birth of a child), the team strung together a solid defense of their Team Championship crown, but were ultimately forced to settle for second. With a full year together and with more time on the various bikes, the team is ready to reclaim their crown. 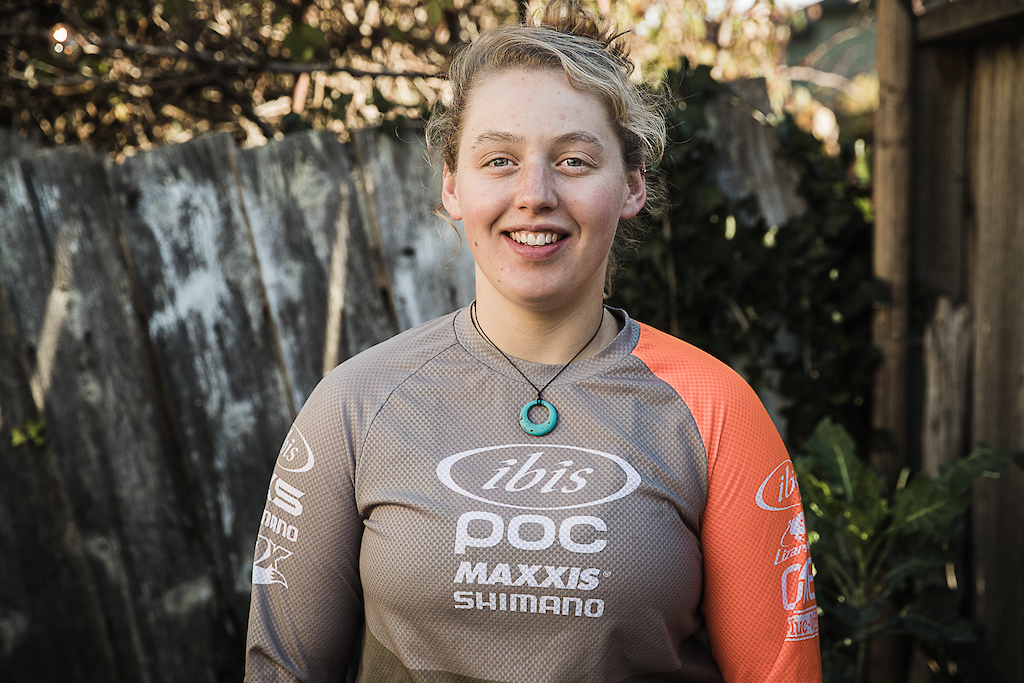 “Team Ibis is one big happy family! They have been so accommodating during my first year settling in, and I’m buzzing to have had the opportunity to join the team in the first place. This next season is going to be great fun, the bikes are all dialed in and I’ve got 100% confidence in my training.

I’ll be on the HD4 in New Zealand and Tasmania, absolutely love the plushness of the bike and how calm it feels when the trail gets wild! Very confidence inspiring!” 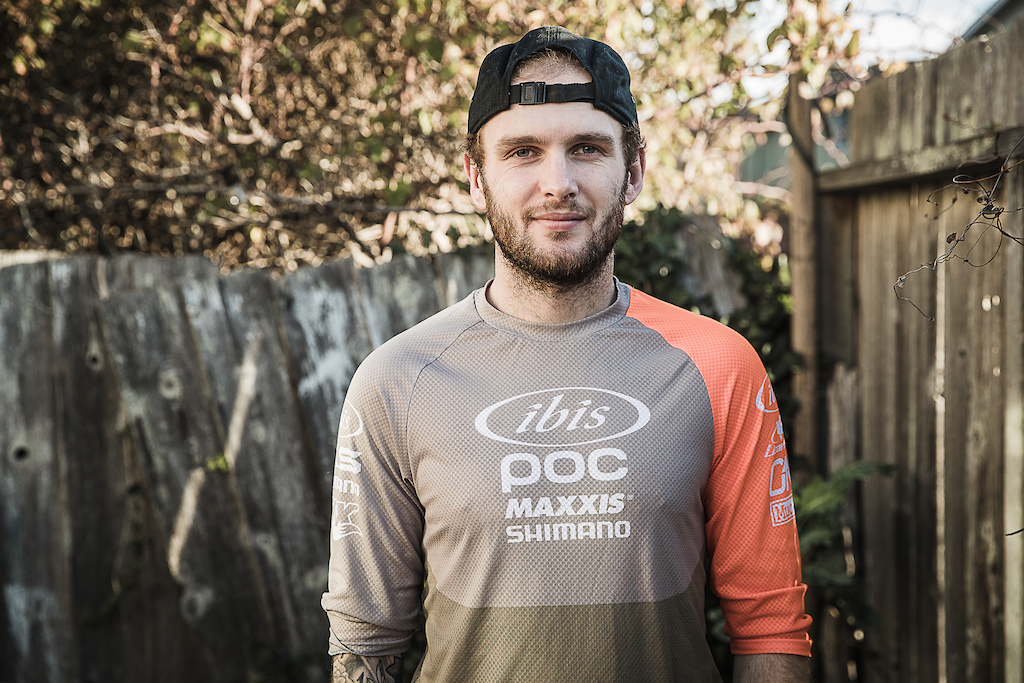 “2018 was a solid season for me on the team. Coming into 2019 and having a season already under my belt with the bike and crew around me, I’m confident that this year be even better. Everyone at Ibis is really awesome and it’s great to feel like I’m part of the family.

This season I’ll be riding the Mojo HD4. I’ve really grown to like 650B wheels over this part year. For my riding style and how I handle the bike, I like the quickness of how it corners and how agile if feels and the little bit longer travel in the rear is what I’m after. For me, it’s just what I prefer and I feel great on it! 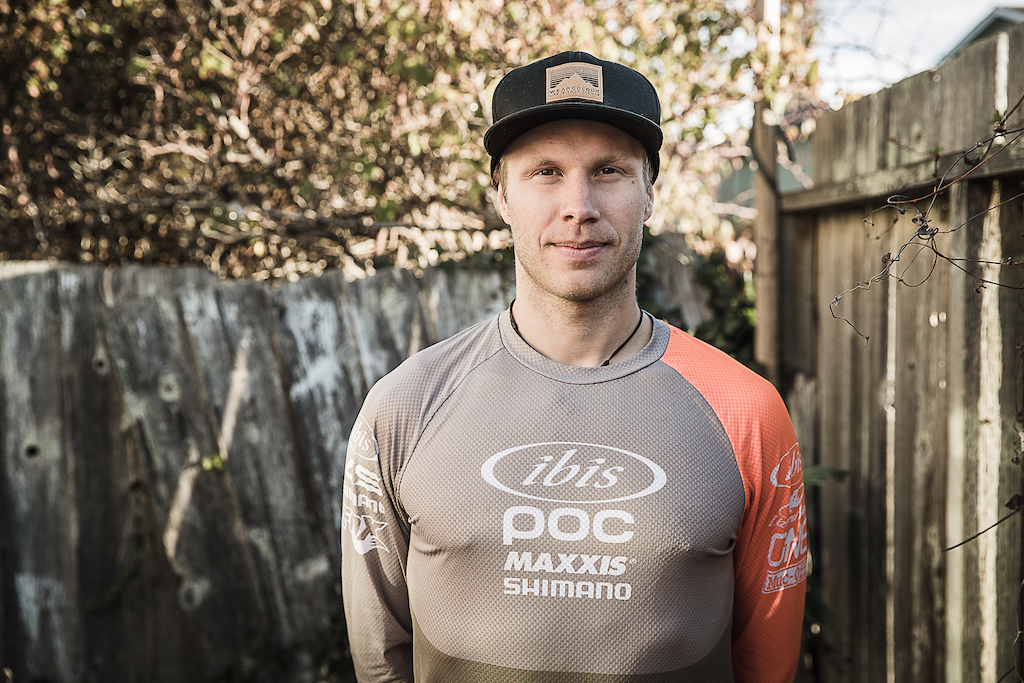 “I’ve been racing for Ibis since 2016 and I feel like every year the team gets better, the brand grows, and so far I have been able to grow my EWS racing along with it. Couldn’t be more excited to give it another go at the Series together with such a motivated and fun crew.

I mostly race on my Ripmo as it is just such a good all around bike but apart from that I love riding my Ripley LS for the small missions around the house. Most of the time, my Ripmo gets the full kit of DH casing tires, etc… so whenever I can get out on my Ripley, I feel strong again! No, but seriously, it’s amazing what that little bike can do and it amazes me every time I get on it.”

sspiff (Jan 22, 2019 at 19:36)
As a native English speaker I still don't know what these long strings of question marks mean. The previous sentence wasn't a question. The next sentence isn't either. A mystery, I tell ya.

packfill (Jan 23, 2019 at 0:23)
@sspiff: The Pinkbike comment section apparently doesn’t like brown thumbs up emojis. Two of them gets you a dozen or so question marks.

ibiscycles Plus (Jan 22, 2019 at 15:32)
We love the d-dog, always will. He’s still on board and will be concentrating on the Continental EWS series and select EWS races

Nice work, the team looks like it would be an absolute riot to be on. Looks like everyone has the space to be themselves as well as rep fro an awesome bike company. Glad to hear D-Dog still has his ride.

godroxs (Jan 22, 2019 at 18:18)
Interesting how 2 of the 3 are going with the HD4 instead of the Ripmo. I’ve read tons of great reviews on it but also have read some issues of it not having a lot of midstroke support and blowing thru the travel, especially for bigger riders. Both are Sick bikes for sure tho.

ibiscycles Plus (Jan 22, 2019 at 15:49)
Julie is still riding for Ibis but on an independent program. She is a strong rider, both in mind and body. We think she has great potential. However, handling the logistics of getting the team, the support staff and their equipment to the far flung locations that the EWS travels to can be a challenge. Keeping the team to a smaller size makes it easier and less stressful for everyone.

cogsci (Jan 22, 2019 at 12:20)
Their Ripmos look to have the new in-house made progressive linkage? Non-enduro racers are running max spacers in the X2 can to get progressivity. .

ibiscycles Plus (Jan 22, 2019 at 15:34)
Wow, that sound really cool. We didn’t know we were even doing that! Seriously though, the bikes and wheels the team ride are completely stock. The only thing we’re currently making in house is size small Ripley frames.