Join Pinkbike  Login
What's going on in the cycling industry this month? Industry Digest is a peek behind the curtain and showcases articles from our sister site, Bicycle Retailer and Industry News. In each installment, you might find patents, mergers, financial reports and industry gossip.

Laka said in a news release that it will use the new capital and network opportunities to help its European expansion in e-scooters, e-mopeds, and eventually electric cars to better serve European partnerships, including manufacturers, retailers, and leasing businesses.

The funding is led by Autotech Ventures and Pon Holdings' Ponooc Investment B.V., which focuses on sustainable energy and mobility solutions, and Dutch bank ABN AMRO. An angel investment in Laka also came from Zwift CEO and cofounder Eric Min in January.

Jessica Klodnicki is the new CEO of recovery product company KT Tape. She previously was chief marketing officer of Skullcandy.

"We are thrilled to welcome Jessica to KT Tape," said Mark Schwartz, director and CEO of Palladin Consumer Retail Partners, KT Tape's majority shareholder. "Her extensive industry expertise, leadership prowess, and collaborative energy make her the perfect choice to lead the company through its next chapter of continued growth and innovation." 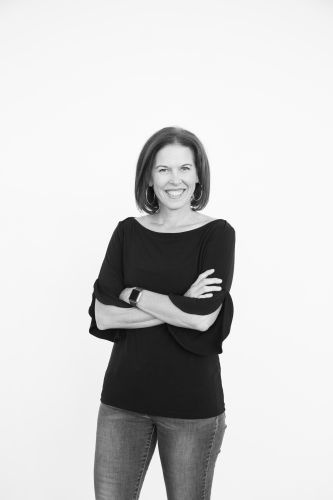 When collaborating on a new brand, Michael Yakubowicz and Frank Gairdner didn't just want to build a bike. They wanted to create the entire manufacturing process from pencil to paint under one roof.

Bridge Bike Works is the result, a brand three years in the making and built to design and manufacture carbon fiber frames, forks, and parts in North America. Its 8,200-square-foot facility — 2,000 of which is set aside for showroom and office space — is in Toronto, with the first pre-production prototype completed this week for testing. Production bikes are expected by August, with 60 pre-orders filled. 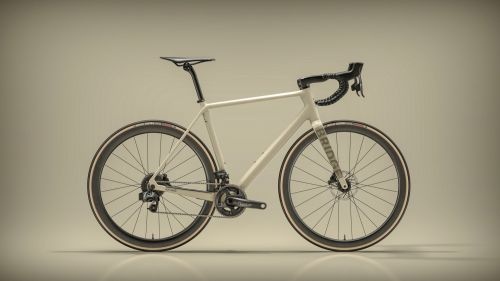 
The e-bike conversion market quietly revs up in the wake of the e-bike boom
By: PAUL TOLMÉ // Bicycle Retailer and Industry News

A decade or more ago, before the industry pivoted and began pumping out e-bikes in all shapes, sizes, and price points, many e-bikes on American streets were DIY retrofits. Early adopters had to figure out how to install a motor and battery system themselves or find a shop to do it.

“There wasn’t anything good on the market,” said Davis, who saw an opportunity. Thirteen years ago, he co-founded EcoSpeed, an early e-bike conversion kit that never really took off. “The batteries all kind of sucked.” 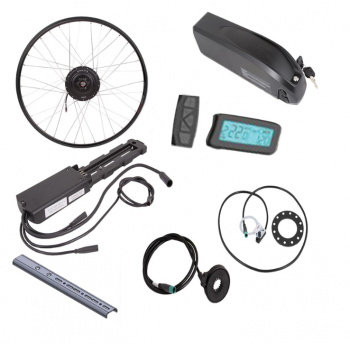 
HLC invests $200,000 in its Quebec Wheel Shop
By: Bicycle Retailer and Industry News

HLC is making a CA$250,000 ($193,000) investment in its Wheel Shop, which the distributor said will help better supply North American dealers during a period of supply-chain challenges.

HLC said issues with the Asian supply chain, which North American dealers largely depend on, are making it more difficult and expensive to obtain replacement parts, especially wheels. According to HLC, Quebec-made Wheel Shop wheels will help dealers, consumers, and the industry. 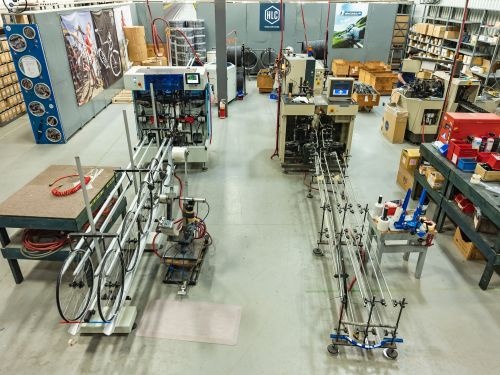 Shimano's REVO shorts, which are made of upcycled airbag material, won an iF Design Award in the Sport/Bicycle product category. The shorts were entered by Shimano Europe in the Netherlands.

According to iF Design, the shorts's "airbag fabric is dyed in various colors, and due to its structure, the shorts have a very interesting look and feel. 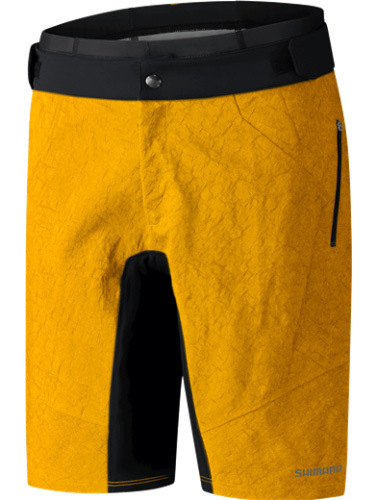 Bryan Mason was promoted to Pivot Cycles president and will oversee "key departments and management team members" in addition to all of the company's Stuttgart, Germany, operations.

"Bryan understands the dynamics of our leadership team, which is made up of very dedicated individuals," said CEO Chris Cocalis. "His new role helps support Pivot's tremendous growth and enables me to continue focusing on product development, expanding our global production capabilities, and the long-term vision for the company. Bryan's growth mindset will support every department and is a phenomenal asset to Pivot's future." 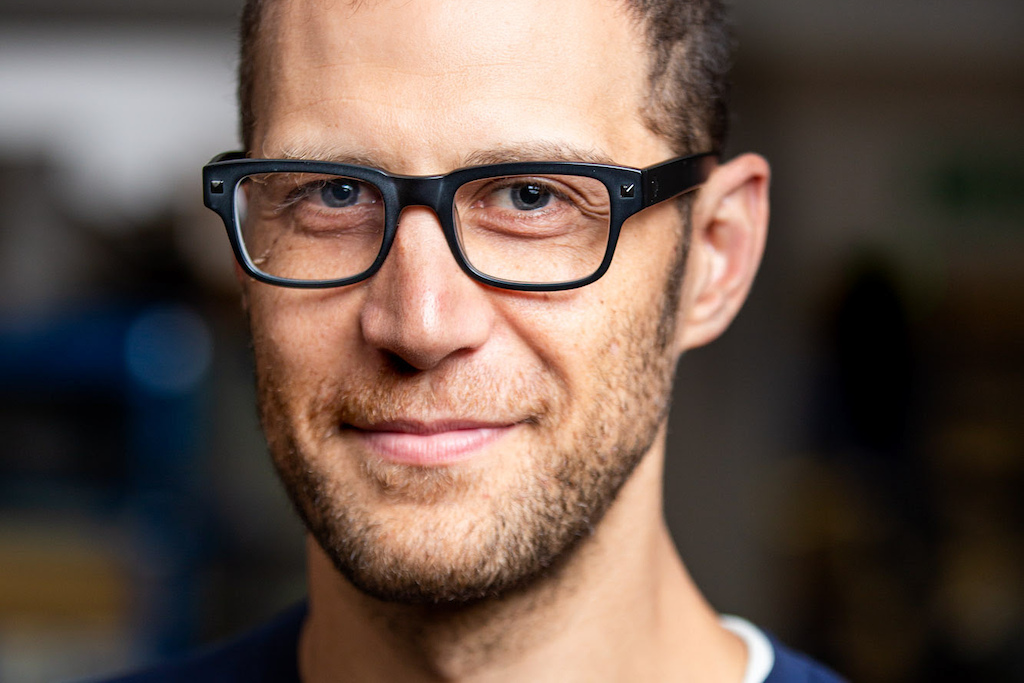 PrimaLoft was established in 1983 by Albany International Corporation in response to a U.S. Army request to develop a synthetic insulation for soldiers that replicated the warmth and weight characteristics of traditional goose down, but also remained warm when wet.

Today, PrimaLoft is used by more than 950 brands, including Patagonia, Pearl Izumi and Endura.

A consortium planning to acquire Accell Group and take it private has said it will move forward with the offer despite not reaching a threshold of 80% of shares committed to the buyout.

Accell Group said the company and the consortium, which is led by the global investment firm KKR, have agreed to waive the threshold.

IamDave (Jun 25, 2022 at 3:02)
Read the headline and imagined those airbag shorts to be some sort of body armour - shorts that instantly inflate during a crash. Disappointed.

gcrider (Jun 25, 2022 at 3:17)
Just tuck them into your knee pads and they will auto inflate when you do a wee poop just before you hit the ground

pakleni (Jun 25, 2022 at 23:43)
If those shorts ate made of recycled airbags, I'm just wondering if they managed to wash off all the blood stains or they come as additional design feature?

ilovedust (Jun 26, 2022 at 0:02)
My skin has already contacted airbag fabric and I would rather it never occurred again

gcrider (Jun 26, 2022 at 20:24)
I was thinking( not vey well) they would have to choose airbags without peoples blood and burnt skin attached, but then I realised that they probably just use material from Tata air bag recall or cars being recycled. Air bag injury’s are no fun but are decreasing in severity with modern airbags and weight sensors in the seats. While still increasing survival rates significantly over belt only or non belted accidents. Hope you healed up well. @ilovedust:

JSTootell (Jun 27, 2022 at 7:32)
@gcrider: Having most certainly been saved by the combo of airbags and crumble zones myself, I kinda wish I could have saved those inflated bags for some shorts. Would be a cool story.

shotouthoods (Jun 28, 2022 at 20:11)
@pakleni: Owning a business specializing in airbags I can honestly say I have never replaced an airbag with blood on it even in the early days. I'm sure there are some, but I've done thousands. The material is crazy tough. I'm also ok if auto manufacturers remove all airbags from all vehicles.

cypher74 (Jun 25, 2022 at 3:00)
According to iF Design, the shorts's "airbag fabric is dyed in various colors, and due to its structure, the shorts have a very interesting look and feel.

As airbag material needs to be impermeable to gasses would this not result in a lot of unwanted sweatiness?

ROOTminus1 (Jun 25, 2022 at 2:59)
Usually there's some description of a brand's product or function in these articles if they're a bit obscure, but what even is KT Tape? Is it the muscle strapping tape athletes wear, because that doesn't seem uniquely pertinent to biking?

It maybe ok for taping a spare tube to your bike. But that would also be a waste of money.

KondziuNS (Jun 25, 2022 at 3:59)
@gcrider: oh no, theres no peer revieved scientific evidence for it, what are all these physiotherapists all over the world going to do now.

browner (Jun 25, 2022 at 4:17)
@shittybill: I used it to tape over my ears at Glastonbury and it worked a charm, couldn't hear the shite. I know it's not peer reviewed but it definitely works.

gcrider (Jun 25, 2022 at 4:45)
Thinking it’s helping and it actually helping are two different things. @shittybill: I have used it. Well my Physio put it on me. But she was also the person that said that it was no better than normal tape.

L0rdTom (Jun 25, 2022 at 7:20)
@gcrider: I blew up the ligaments in both my ankles and the difference of using it or not was needing double crutches to move around vs being able to lightly jog and hike in to rivers carrying kayak and paddle.

shittybill (Jun 25, 2022 at 7:29) (Below Threshold)
@gcrider: Good, don't use it. Be in pain. Take pills that wreck your liver and make your stomach bleed because your smart and have a dumbass for a Physio. I'll wrap my ankle that I've broken 3 times in it and be happy. Choices.

gcrider (Jun 25, 2022 at 15:32)
Thanks for calling me smart (I’m flattered) for choosing lower priced boring tape over overpriced colourful tape with no proven scientific advantage.
As my physio is a leader in her field an internationally recognised researcher and practitioner with a phd, multiple peer reviewed publications and is also a post graduate educator.( I think they gave her tape for free) I think your dumbass accusation should be aimed closer to home. @shittybill:

Rstetina (Jun 26, 2022 at 19:57)
@gcrider: I've actually read that the placebo effect is why this tape mostly works at all. Thinking it will work actually makes you feel better. Mind over matter?

rrolly (Jun 28, 2022 at 7:29)
@Rstetina: I've used it multiple times and it worked well. There was no placebo affect for me given I wouldn't have been able to get out on to the field and play with my strained hamstring. I don't know if other less expensive tape would have worked (likely would have), but I didn't see any alternatives.

bashhard (Jun 25, 2022 at 3:46)
Kinda funny Pivot operates its european sales and test fleet out of Stuttgart. There is not a single legal trail there. But Focus bikes has its headquarters there as well, so maybe they just don't give a fuck like everyone else

labourde (Jun 25, 2022 at 5:24)
What? There is this amazing official trail called "Woodpecker", which now redefined the standard in MTB trails! Now Stuttgart is the new Mecca, no one flights anymore to Whistler! And it is not related to the price of kerosene :-D

Andy-FFM (Jun 25, 2022 at 13:10)
@bashhard: from one fellow to German to another: your irony detection needs proper calibration

The point you raise in your original post is spot on, though!

bashhard (Jun 25, 2022 at 14:41)
@Andy-FFM: I know that the comment was ironic. Just wanted to say that they even let the permission of that one legal trail they had run out, which is ridiculous

Chuckolicious (Jun 25, 2022 at 19:46)
Oh man, KT Tape? I thought this comically absurd nonsense went away back in 2012? I thought cupping is the thing now? Boggles the mind, but if they making money off absolute mental midgets, then I can’t fault them.

iammarkstewart (Jun 25, 2022 at 20:12)
I hope HLC can make a handful of Canadian Tire grade 27.5 wheels with disc/freewheel hubs so we can fix all the bikes that kids crash at construction sites or that parents back into in the garage. Also, maybe some 24 inch whatevers.

Disclaimer: frustrated and several beverages in whilst typing this comment. Proofread x12. Hopefully my disdain for Canadian Tire shone through as grammatically correct. Matter of fact, throw Toys R Us, Walmart and half of Sportchek under the same bus.

Ceeco (Jun 27, 2022 at 8:23)
I feel your frustration. Wasted 30 min other day trying to source that single wall/27.5”/6-bolt disc/*freewheel* replacement. Custy got a cassette hub upgrade wheel that cost half of the bike new instead. Awesome.

iammarkstewart (Jun 27, 2022 at 18:35)
@Ceeco: I just sent a customer to the PB Buysell today, haha. This time for a quality wheel but old. After trying to get just a rim to rebuild he lost interest after "2 hundred...."

BenPea (Jun 25, 2022 at 3:44)
"the shorts have a very interesting look and feel" a feast for eyes and trouser sausages everywhere