Interview & Video: Andreu Lacondeguy on the Family Reunion in British Columbia in 'Accomplice' 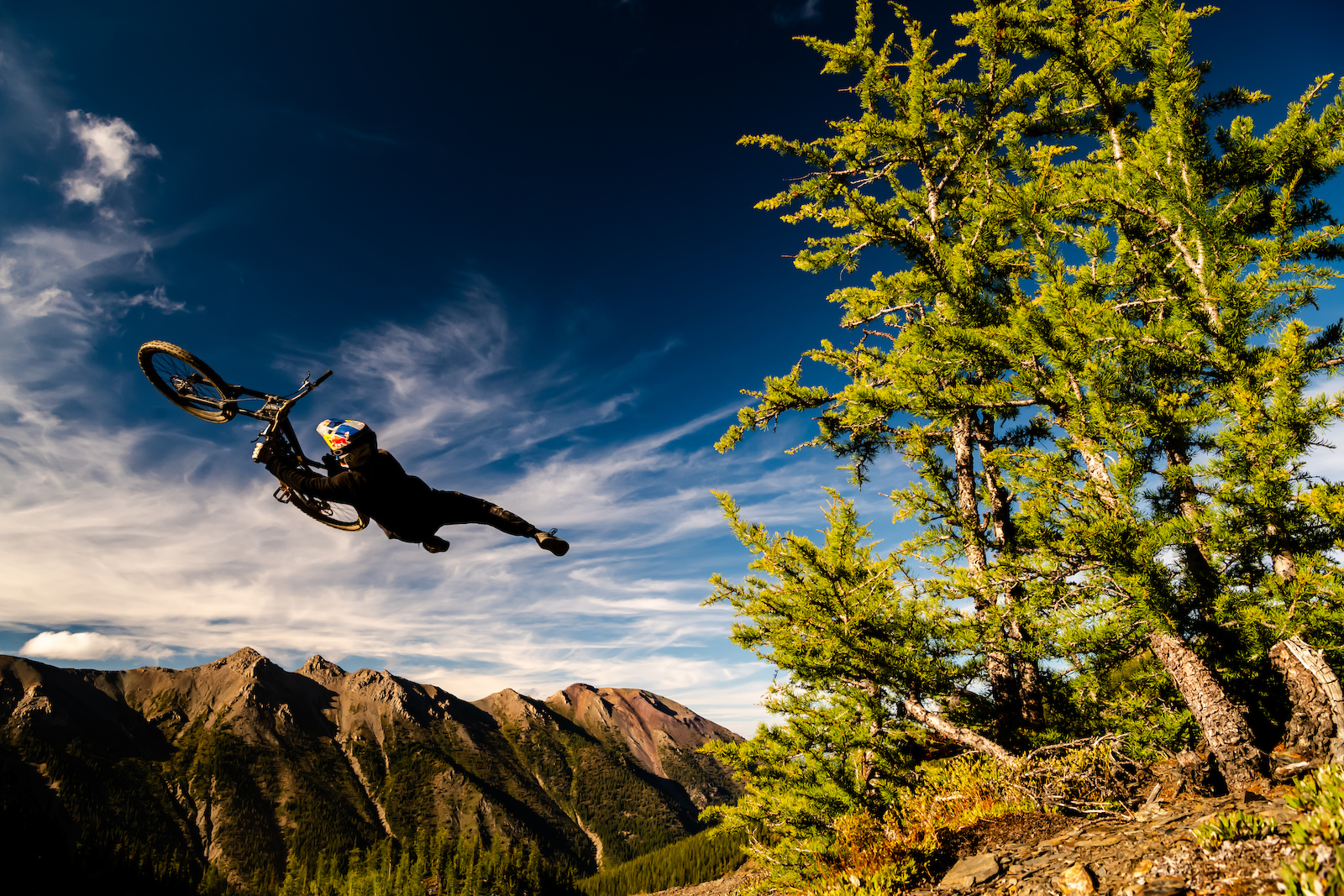 Andreu Lacondeguy is as elusive as they get. While there’s a crop of riders that revel in the limelight, the accomplished Catalonian has never been one for publicity, instead always letting his riding do the talking, and it speaks loudly.

Growing up far away from mountains in a small beach town 20 minutes north of Barcelona, Spain, Lacondeguy dedicated his life to riding bikes at a young age, and throughout his career has remained steadfast in doing it for nobody but himself. For him, nothing beats the feeling of the simple freedom of being on two wheels. Now 30, Lacondeguy’s past two decades have been full of gathering memories and cherishing the experiences along the way, whether its moments from racing, freestyle comps, Rampage, or freeride trips into the mountains with his closest friends. The latter is exactly what brought him to British Columbia with Kurt Sorge, Graham Agassiz, Garett Buehler, and Nico Vink to explore some of the gnarliest big-mountain terrain in the world last summer to film for Accomplice.

The mission was not just a freeride trip, but a reunion of sorts between old friends whose lives have followed the similar path evolving the sport of big-mountain freeriding. Setting up camp and focusing on one zone in the mountains of British Columbia proved to be the perfect catalyst for pushing the limits of this unique style of riding.

Your trip to BC looked like a total family reunion, what was the significance of doing this with your group of friends?

Andreu Lacondeguy: We had Sorge, Buehler, Vink, Aggy, and myself. It’s sick because we were riding together as a group of friends and just loving it. It’s a pretty heavy group of riders, and everyone was riding impressive stuff. Really, it was just fun to watch. It was sick to ride with these guys together again, since it’s been awhile. I got to ride with Sorge a little here, and Aggy a little there, but it’s kind of hard to get all of us together so being together in a zone like this camping and riding lines was amazing.

AL: Camp life is cold! I’m used to warmer weather, so for me it was about getting back to camp after riding, ripping my pads off and just running to the fire to warm up. I kind of sat there and spent most of my time out there. Some of the crew were definitely more mountain men. The local guys were a bit more prepared than us, we had to borrow a lot of gear since we came from Crankworx right before and kind of just survive! In the end, the whole camp and film crew set up turned out awesome and made it all pretty comfortable. 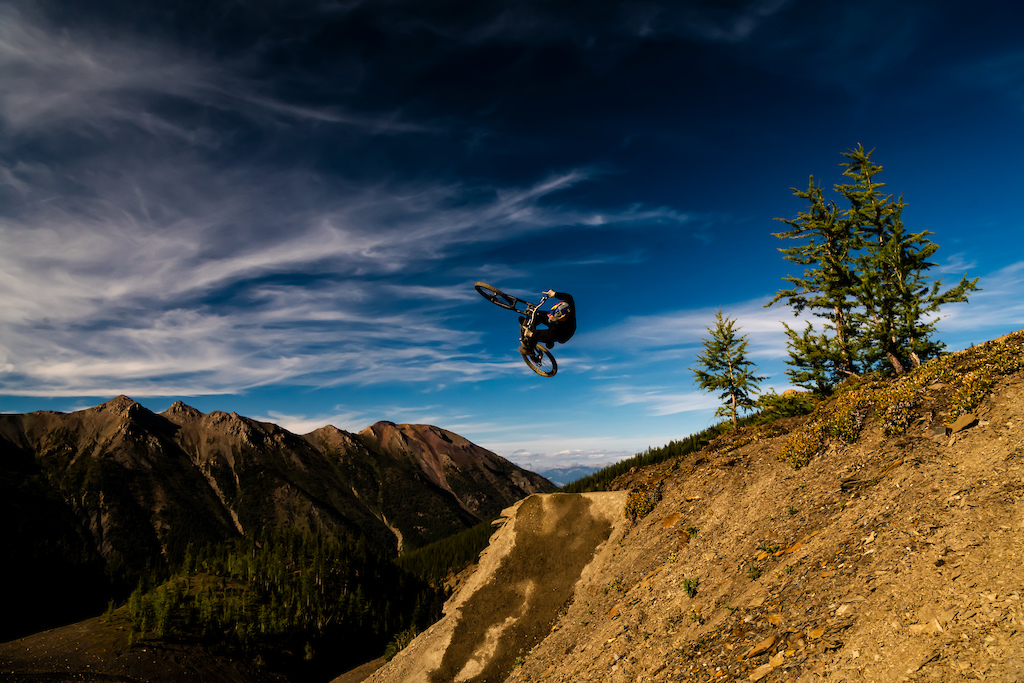 Can you give us some insight into the terrain you rode?

AL: The terrain up there is super different. Everything is a lot more open, and you can go pretty much wherever you want. At the same time, there’s a lot of rocks. We found a lot of lines that looked really good and rideable but when you took a closer look, they were super rocky. That was definitely a challenge.

We had to be careful and scope our runouts, since a lot of the lines got pretty fast and at the bottom you wanted a clear runout to get rid speed. The runouts were rocky, so we had to see how it played out since we were dropping into really steep stuff at the top and we couldn’t go as fast as we would have liked because there was no way to stop at the bottom.

There are a few zones out there that are full of lines that look pretty similar, but there’s one at the end that stands out called the Reaper that’s a really famous line here for the locals. It’s tricky terrain but perfect for bike riding! 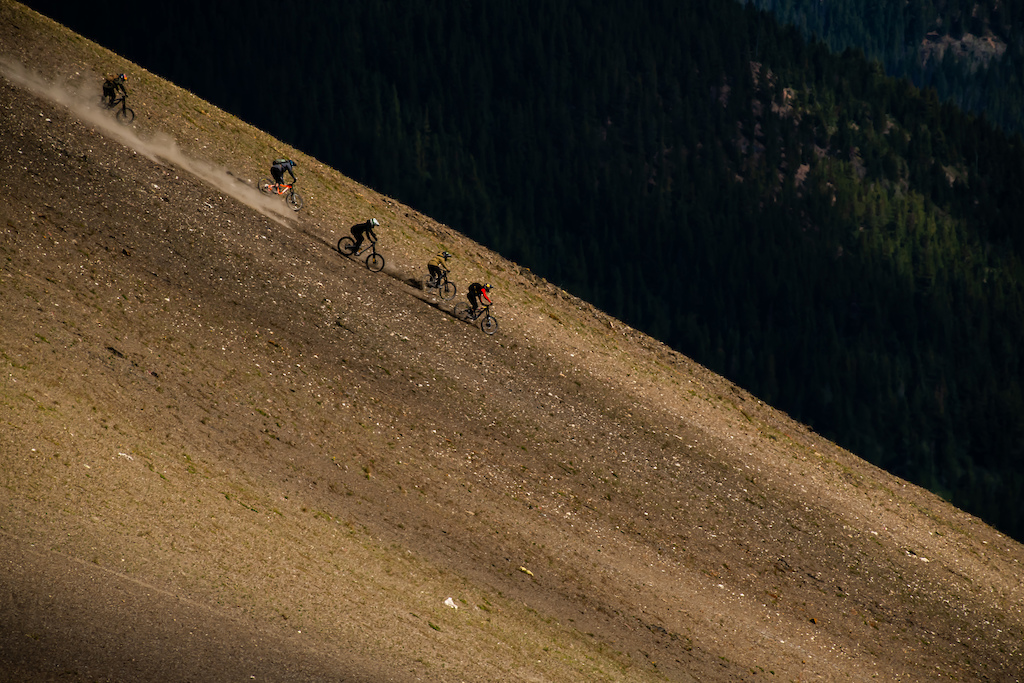 You had a big crash while filming, can you tell us about that?

AL: It happened on the second day of riding, first day of shooting. Story of my life! I build this hit at the bottom of a line, and hadn’t really tried it before dropping in. I rode the first part line and felt pretty confident. I think I got a bit confused with the speed since you’re always going so fast, and I hit this hip with a little more speed than I probably should have and overshot it. The lip was super soft since we hadn’t ridden it yet, and my wheel sunk and I had to eject.

How has mountain biking been a catalyst for sharing time with friends?

AL: I think that was my favorite part of this trip for sure. Hanging out with some of my best friends and having an insane camera crew on top of it was really amazing. We were camping, hanging out, on the bikes for five or six hours a day, and for the rest we were just enjoying the fire, beers, and just having fun.

Biking is the thing that is probably keeping me the busiest, and I’ve met my best friends in the world through it. They’re all people doing the same thing I like to do. 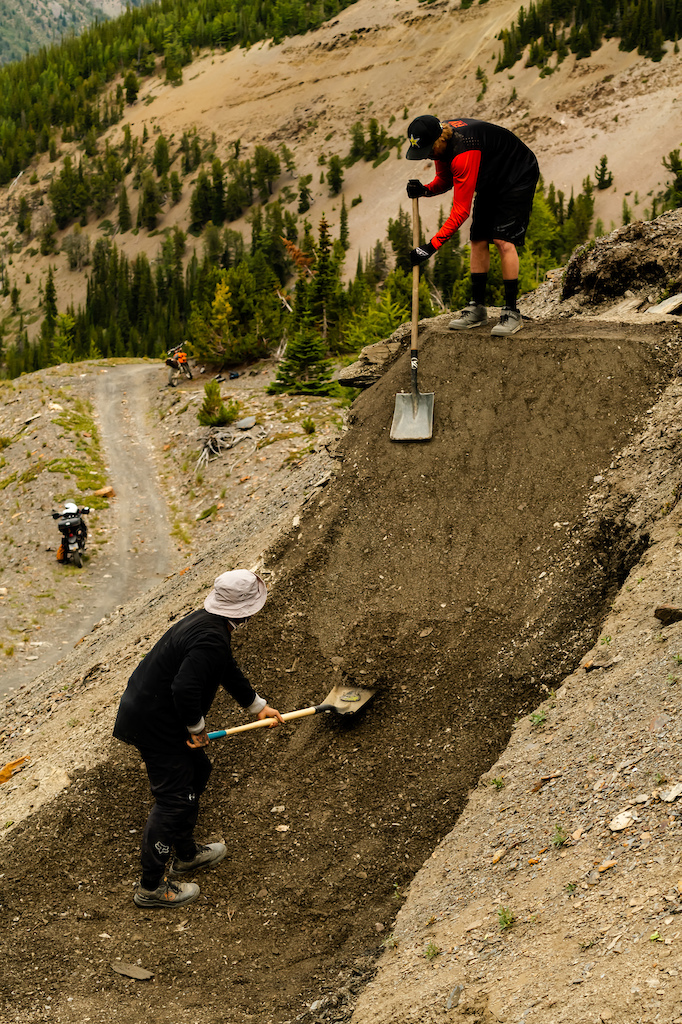 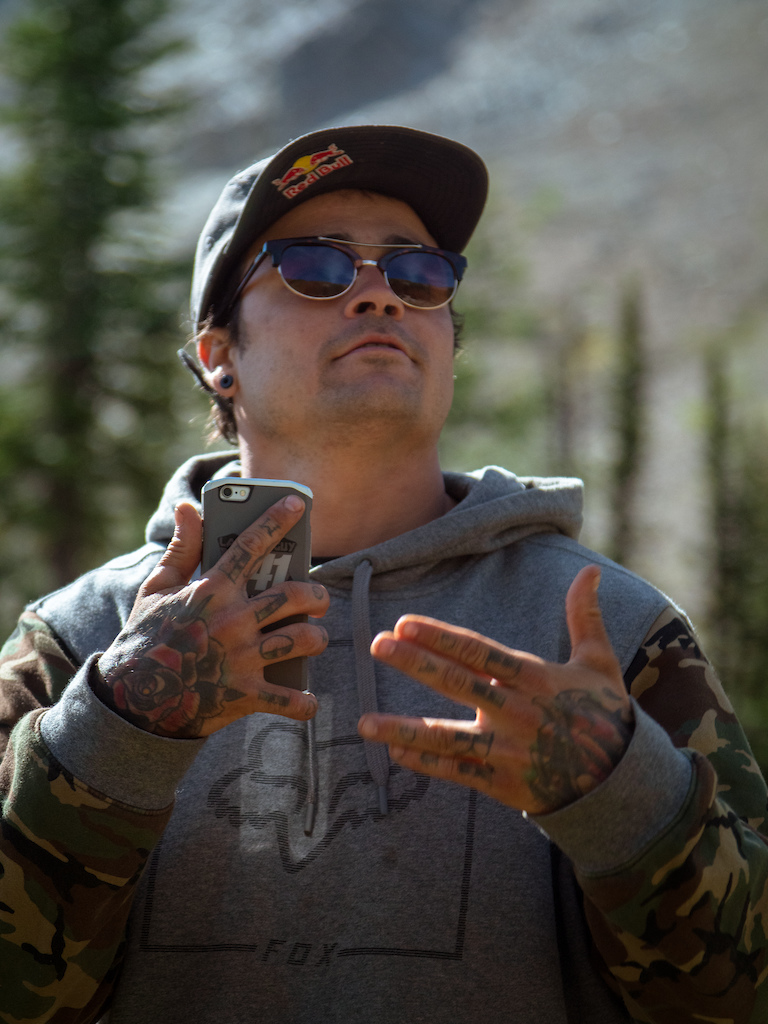 AL: For sure mountain biking has been the biggest thing in life for me. I never would have met all the people I have without biking, traveling around the world. It’s a tool that brings you to incredible places, into the mountains, and connects you with your best friends. It’s amazing what bikes have allowed us to do, and I’m super thankful for it.

Tell us your first bike-related memory?

AL: I remember the first time I rode a bike was cruising around town with friends in the small town I grew up in. It's funny, we were pretty much doing the same thing we’re doing now, just cruising around trying to find jumps. From there, it escalated quickly, turning into racing, dirt jumping, slopestyle, and now I’m turning more towards big mountain riding. 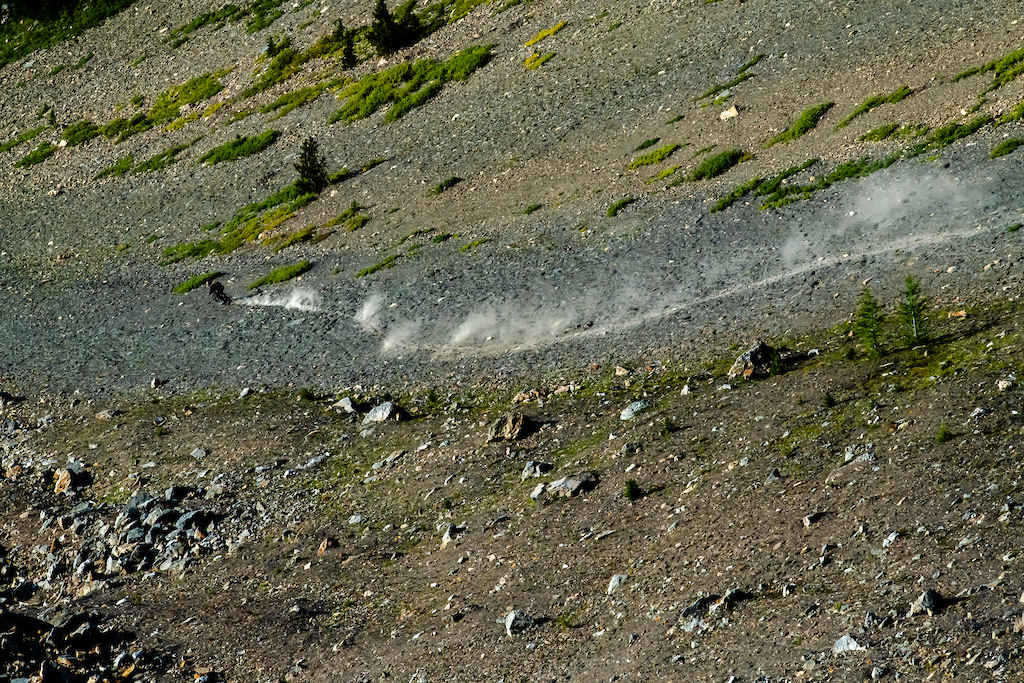 What’s been one of your favorite bikes and why?

AL: One of my first bikes, I must have been 8 or 9 years old. My parents got it in a supermarket in this little beach town outside of Barcelona. It was the one I just really started riding on. I have no idea where that thing ended up, but I would love to have it today. Beyond that, I’ve really tried to keep every bike I’ve ever had, my garage is full of them. They all have memories and I like to look back on that. 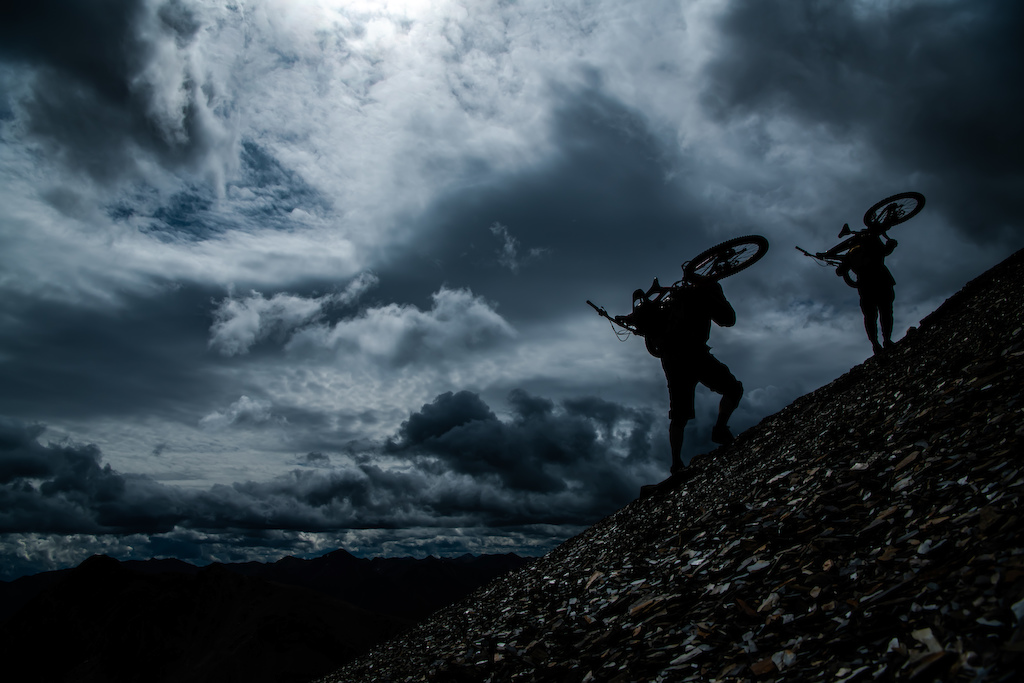 shedsidechuck (May 2, 2020 at 9:51)
major respect to this beast of a rider. Andreu's vibe seems to carry thru with that awesome stoke I get all pumped up about when I have it , or am around it, or read about it. and for all he has done ona bike...the dude is humble. thanks Andreu!