Interview: Emil Johansson on His First Rampage & First Time Ever in Utah 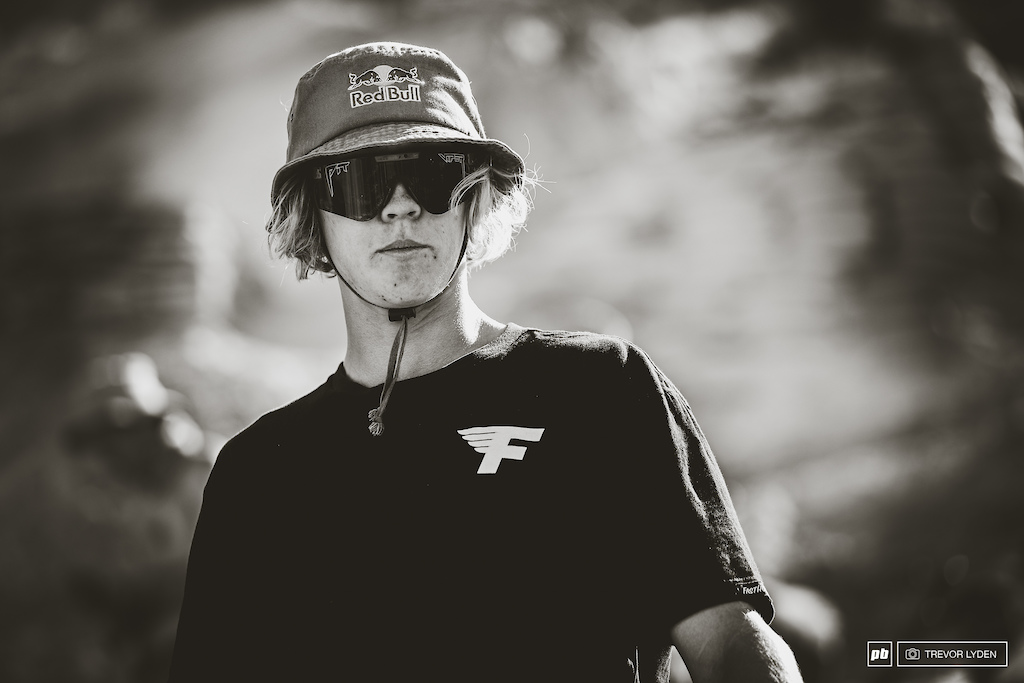 Emil Johansson finished fifth at the Marzocchi Proving Grounds qualifier and was set to be sitting on the sidelines during the 2019 event until an injury forced Antoine Bizet out of the competition. We caught up with the first-time competitor and recent Red Bull Joyride winner shortly after he rode the top section of his line for the first time.

What are your first impressions of Rampage?

First time ever in Utah so everything is really new for me. I got here a week early so I could try out some stuff and not get super shocked once I got to the venue. It's way different compared to what the live stream broadcasts. It's nowhere close to how it is. The work that goes into a line and all that is insane. It's from sunrise until sunset every day. An hour lunch but you're basically on the tools as much as you have energy for.

How did you choose your line?

Basically, the hill was pretty occupied on this left side and I talked to a friend of mine, Reed Boggs, that rode it last year. He wanted to build a big drop on his line and he's on the left side of the hill. When I walked the hill I saw that there was potential to ride on rider’s left and basically riding on whatever’s left out here.

Most riders coming straight down the main ridge all the way down and I go off to the left side where a lot of riders start but then make their way over to the right side as soon as possible. I’m kind of following the left ride for as far as possible before making it over to the right one where I was able to get in and then making it over to that drop that me, Reed Boggs and Reece Wallace are working on right now. 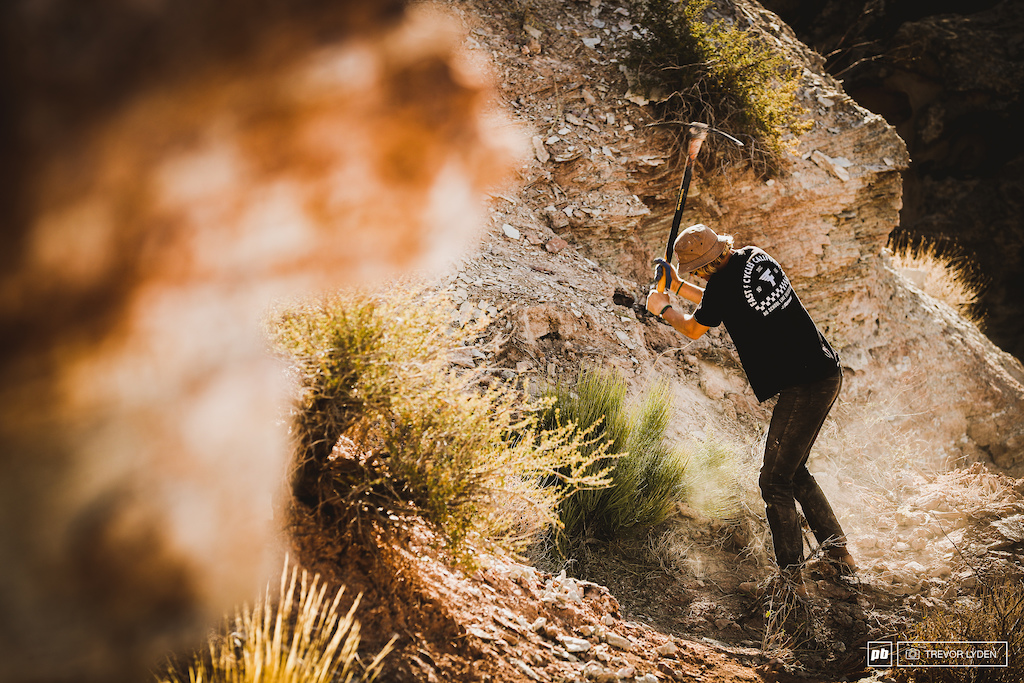 Who do you think will hit that first?

I don’t know. It depends whoever feels like it. There’s still some work to do. It’s a big landing, someone said they thought it was 120 feet, just the landing. So it’s a big landing to pack and stack and make sure it’s all packed in there so once you land you don’t blow through and go straight to the sandbags. It’s all sandbags underneath on the upper part. Once we built it we realized it was really short so we need to make it a bit longer. They measured it and it’s 55 feet diagonal from lip to landing. So I'm guessing it’s 30-35 vertical, a big drop. I hope it’s going to ride as well as the work we put into it. Fingers crossed for that.

Who is your build crew?

My build crew is Caleb Holonko from BC as well as Nick Tingren. Nick Tingren has worked for a lot of bike parks, he built Big White this year, so he’s got some experience. He also built for Carson last year. And Caleb worked for Ethan Nell last year who came third. So they are both super experienced, which gives me a lot of confidence working with them because I can trust them. They could work on something and I could get there and it’s rideable for me, I don’t have to question what they thought or what the plan is.

Is Rampage so far what you had imagined it would be?

Rampage is really mind-blowing. I think it’s an awesome event. In Slopestyle, I show up, I ride a course that someone else built. This one, I get to build whatever I want to ride and want to do whatever I want to do. There have been many contests where I say I want do something and then you show up and that feature isn’t really there. It’s a cool different experience riding something like this and you have the freedom to build whatever you want to build. It’s kind of a hectic time balance and making sure you have time to build everything. 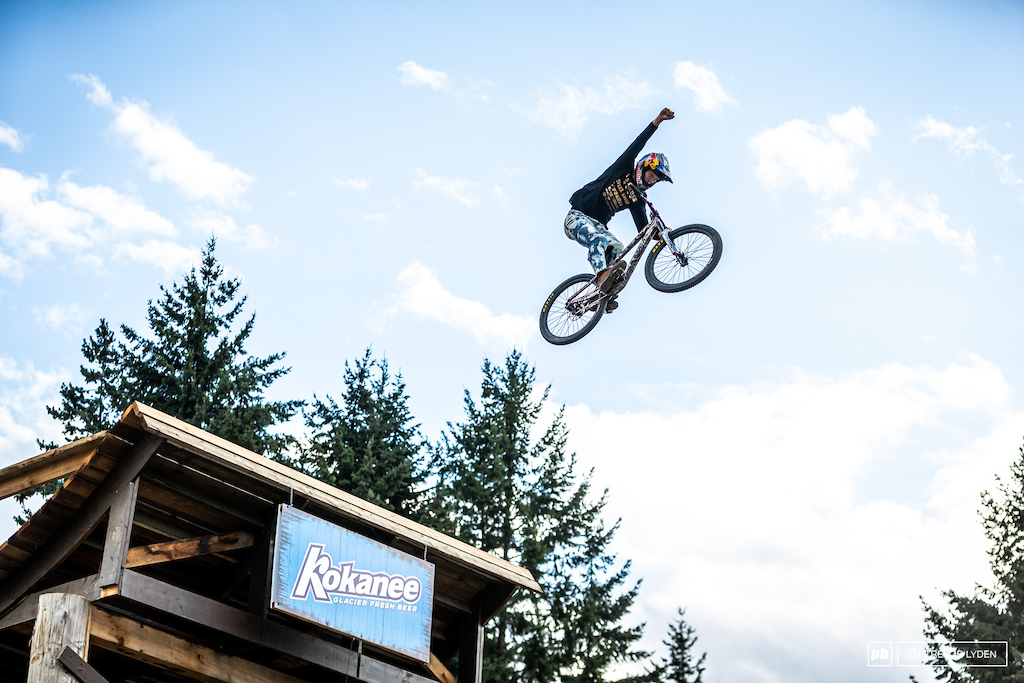 How long did you have before the event to get down here?

I got to hear briefly that one guy got injured and then I got the confirmation the next day that I’d got in if I wanted to. Within 72 hours I’d booked my flight, built my bike and landed here in St-George. So it was really quick. Basically my off-season was on.

I was planning to come out here, but not until this week. I was looking forward to a week or so at home. But now I’ve already been out for two weeks. So the whole thing kind of just happened overnight. But it’s been good so far. I’ve been out, I’ve been riding King Kong and local trails, getting comfortable with the dirt and making sure I had the right bike set up for what I’m trying to do.

What’s your goal this year?

Basically my goal with this whole event is to gain experience. I talked to Red Bull earlier this year and said I wanted to come out and watch and check what goes into it, and then make the decision from there if I’m into it or not. Then the opportunity came around and it was an opportunity I couldn’t let go because it’s a big dream of mine and you never know when it will come around the next time. I was able to find diggers and everything played out nicely. So I’m hyped to be here and see how far it goes. It’s just me trying to learn free riding.

tom666 (Oct 24, 2019 at 1:34)
Best of luck to Emil! Must be crazy coming from a dirt jump background (groomed jumps and hardtails) to the rampage site. Super intimidating. Hope he has a good time and stays safe.

gamonoso (Oct 24, 2019 at 2:37)
When a guy like Emil says that the venue is not even close to what it looks like in broadcast I really feel the need to book a flight for next year to have the real picture.

ThePeanutGallery (Oct 24, 2019 at 5:15)
@Landonop: that's awesome. I can never get any. As hopping someone was just showing up. To get info on if that works or not. I see people sy its public land just go but that a long drive me to be wrong. Have fun! super jealous.

suspended-flesh (Oct 24, 2019 at 9:58)
@Landonop: I've never really paid attention to ticket sales in previous years. Assuming it was it through Red Bull? What time of year was the sale? I want to be on the keyboard when they drop.

That just got me thinking, do pros in other disciplines hangout at Rampage and watch? Like, if I go, will I be rubbing elbows with Sam Hill or Richie Rude?

megatryn (Oct 24, 2019 at 5:55)
Yes. If you can get access. I remember haggeling standing next to Gwin back at World Champs in Hafjell and a friend of mine who is at Rampage now, just ate dinner with Vink and Bender.

Hogfly (Oct 24, 2019 at 12:07)
Yes. A lot of the pros I follow on instagram have all headed out that way. Aaron Chase, Kenny Belaey and Brian Lopes are three off the top of my head.