Interview: Gee Atherton's Favourite Rampage Run, Where He Would Have Built His Line & More 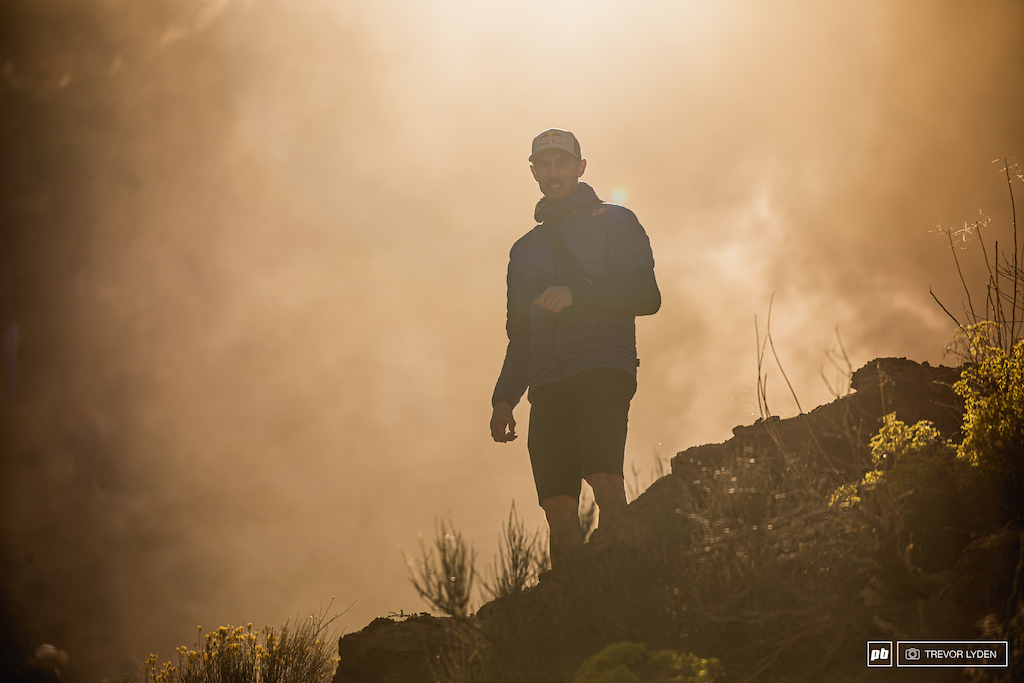 Gee Atherton was supposed to be competing in Red Bull Rampage this year, but instead he was sidelined with an injured shoulder. A lucky group of people was able to spend the past couple days with him on the Rampage site regardless, as he was part of a Red Bull Experience trip.

Atherton may have had his arm in a sling but it didn't stop him from scrambling all over the mountain checking out lines and watching the event. We caught up with him from the base of the mountain in between riders to find out where he would have built his line, whose run he was most impressed by, and what his goals are for next year.

Had you watched the event in person when you weren't competing before?

I watched last year actually. It was hard. When you're watching and you're competing it's a different frame of mind. When you're here not competing, it fires me up. I wish I was riding.

How did you injure yourself?

I flipped off this big metal ramp onto a landing and just overrotated. I rocked back as I landed and ripped my shoulder. I got a scan and they said I needed an operation so that was that really.

Favourite line on the mountain?

I like it when the riders have some speed, when they're keeping momentum up. Watching Andreu was pretty sick. I liked how hectic his line was.

Where would you have wanted to make a line?

It would have been tricky. Newbies this year would have found it tricky to find a line so you'd have to go off into what was left. I think where Brendan went has got a lot of potential. There are lines in there for sure. I would have had a more natural, fast line with big step-downs, kind of make more of a World Cup style to it.

What tricks did you have up your sleeve?

Ah man, my tricks. It's a pretty limited trick list, but I'm happy flipping my downhill bike. I think I would have tried to build a run that was more big and burly and fast rather than based on the actual tricks.

Do you think you'll get another chance to ride here?

I'd love to. If I can come out next year I will in a heartbeat. This year I was so stoked to get an invite. It's a special place. Rampage is a big event to me.

Who do you have the most respect for here?

It's hard to pick the one. The boys are all pushing so hard. But like I said, Andreu's run was sick. I would have loved to see him win last year and even this year he was charging at it. I love to watch him ride.

It's cool. I love racing for a bike company that we've helped build and create because it makes you so much more involved. It's not just you trying to keep a sponsor happy, it's me trying to show people what the bikes can do. I'm so happy with how the bikes have tuned out. It's cool to be able to showcase just what they can do and what the potential is. 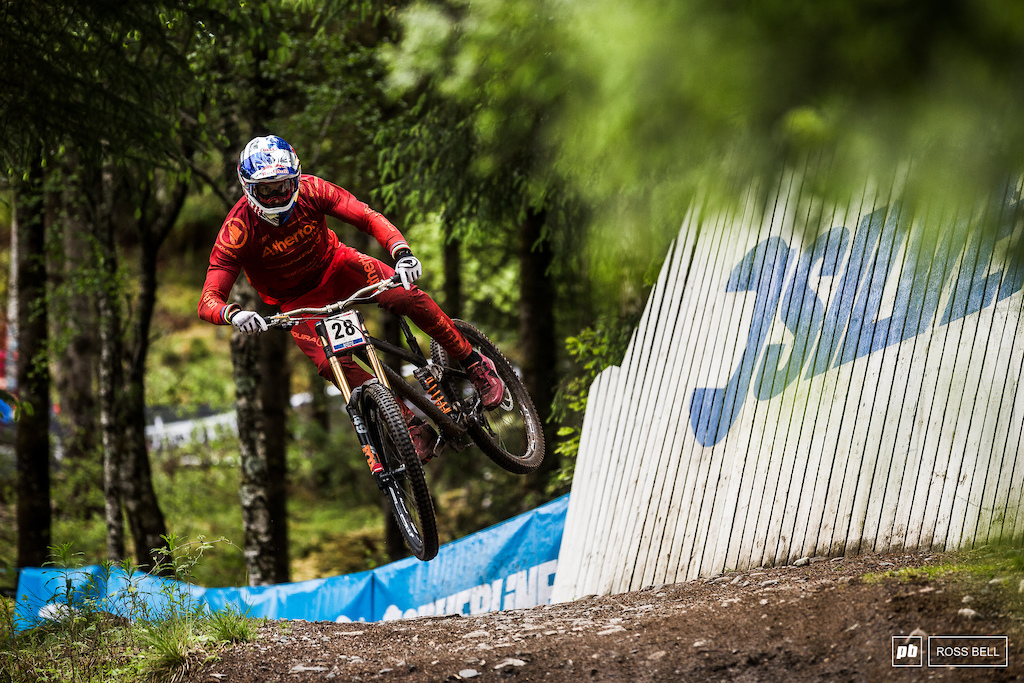 With you and Rachel both injured, who is working on the product development side right now?

Yeah, we are both hurt. But luckily it's a good time of year for us and we're still involved in developing stuff for next year and still doing a lot of testing with the guys. We're already starting to kind of create stuff that will be a big help for next year.

What are your goals for the next season?

Back on the races next year for sure. That World Cup season is still my main focus. If I can get in some other events, like I'd love to get out to Rampage, I'd love to get to South America and do some of those street races. Events that I enjoy and want to be doing as well as the World Cups where you're really pushing it.

scott-townes (Oct 28, 2019 at 7:40)
@tbmaddux: No way, the Proving Grounds course has first dibs on those bushes because the PB eco warriors demand it.

shedsidechuck (Oct 26, 2019 at 18:51)
Gee's line would be fun to watch, no doubt. Andreu seems to be good at combining the fast burley lines that Gee favors, and throwing in with the tricks/moves. Lacon is so amped and pumped, his approach sees the old school and the new school come together.

markcorrigan (Oct 26, 2019 at 2:42)
I can't help but read his answers with his boring monotone voice in my head
Post a Comment